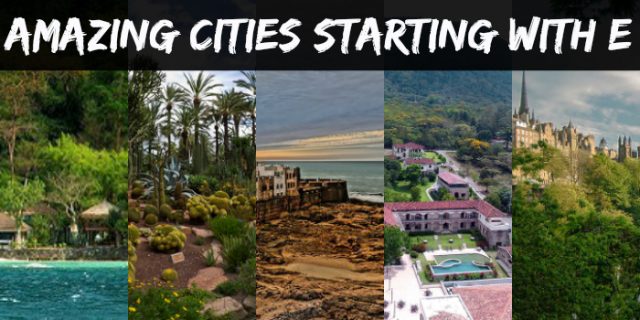 Take an adventure with Travelling King through this series, showing you all the wonderful cities of the world from A to Z. We have joined up with countless amazing Travel Bloggers throughout this series to come up with some great experiences about these cities. We will tell you why we love these cities, what we love doing and suggest a few places to stay

Ian from MoverDB tells us about Edinburgh

Edinburgh is arguably the best city in the UK to both visit and live in. For a city its size, it has a huge amount going on in terms of culture, nightlife, dinning and shopping. Plus, since its much smaller than London, it’s much less hectic and you can visit most of it on foot, which is the best way to see any city.

While tourist head to Edinburgh Castle for views of the city, I’d say you’re better off climbing Arthur’s Seat and/or Calton Hill for the best views of the city. And best of all both are completely free.

If you want to try whisky (without the e), you can find many great drams in virtually of Edinburgh’s pubs. However, for something truly unique head to Usquabae Whisky Bar to try some of their amazing selection. And for the truly serious, consider a membership to The Scotch Malt Whisky Society which offers whisky’s you literally can not find anywhere else on earth.

Finally, if you want to try Scotland’s national dish, Haggis, head to the Sir Walter Scott Tea Room, the Last Drop, and/or Greyfriars Bobby’s Bar, the latter being named after Bobby a Skye Terrier who spent 14 years watching over his master’s grave after he died.

Weird fact and outlandish Laws about Edinburgh:
Fact
– Edinburgh residents in the 17th century believed that rubbing the burnt ashes of dove’s droppings on their heads would cure baldness.

Laws
– it is illegal for a boy under the age of 10 to see a naked mannequin.
– It is illegal in Scotland to be drunk and in charge of a cow

Where to stay in Edinburgh:
The Chester Residence
Prestonfield
The Raeburn 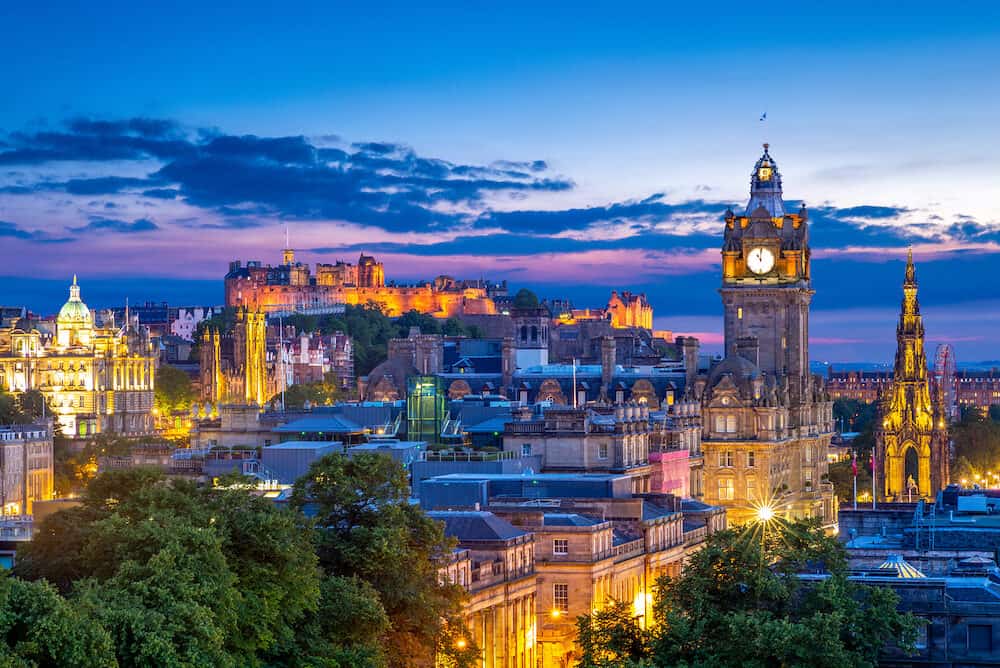 Summer from Los Angeles urban adventures tells us about Essaouira

Essaouira lies on the Atlantic coast two hours drive west of Marrakech. Nestled on a a small peninsula between an arched sandy beach and rugged rocks, its landscape is dramatic and enchanting. A long low sea wall separates the main square from the port providing the perfect place to watch the waves crash into the city or the sun set over its horizon. Seagulls provide the soundrack here and majestic evergreens dot the ocean boardwalk. The vibe is chill and tranquil.

Originally a port city, Essaouira is has always hosted vistors, at one time home to several European embassies, and boasts and somewhat international vibe, with quirky expats aplenty and delicious Italian and French food available. More recently a fisherman’s town, scouring the port and market for fresh sardines, shrimip, sea bass and eel are must-dos for everyone in town, both local and visitor.

Locals love music too, and one of the largest festivals in Morocco takes place here every summer–the Festival de Gnaoua et Musique du Mondes, highlighting the enchanting rhythms of the region’s traditional Gnawa music. You’re almost certain to catch some sort of art or music festival when in town so be sure to check the program at Dar Souiri, the city’s cultural center. Otherwise, Essaouira begs to be lingered in, explored at a slow pace–a cafe beckoning on every corner of the medina, hidden plazas giving way to markets, food stalls and daily life just passing by ever so much slower than its big city counterparts.

Weird fact and outlandish Laws about Essaouira:
Fact
– Also a funny quirk is that locals have a tradition of challenging those who claim to be true Souris (from Essaouira) but testing their knowledge of lyrics to an old folklore jingle. If the challengee replies correctly, then they’ve passed the test, proving their connection to the city!

Law
– It’s illegal to drive in the old medina (walled city) but the upper curst locals often take advantage of their status and get away with it.

Where to stay in Essaouira
Riad Baoussala
Riad Watier 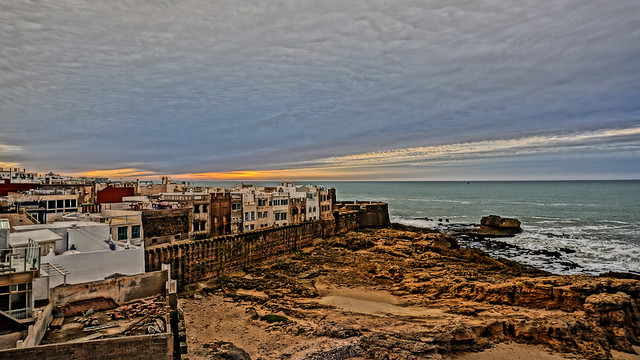 Rob from Namu Travel Group tells us about El Valle

One of the most inhabited volcanic valleys in the world, El Valle de Antón (commonly referred to as ¨El Valle¨ among both locals and foreigners, and occasionally ¨Anton Valley¨ among expats) is a quaint and charming 7 square-mile village that has thrived to become a one-of-a-kind resort. El Valle is most frequently visited for the inherently cleansing qualities of the region´s volcanic mud baths and thermal pools. Deep-tissue massages, spas and yoga retreat centers are also enjoyed by many, in addition to the hikes, waterfalls, organic farms, canopy tours, flora and fauna observatories and more that El Valle intrinsically offers.

Return to a simplistic and balanced style of living, reflected in the local resident´s use of bicycles as a common form of transportation in El Valle´s flat terrain. The town center´s daily marketplace offers much more than fresh produce, but handmade paintings, baskets and indigenous crafts made by the Guna women, in addition to other beautiful pieces of art and design. With an ever-growing number of family-owned restaurants, cafés, bakeries and more, a wide variety of natural cuisine, including local cooking classes, is designed for residents and visitors to enjoy food. Bring a light sweater to El Valle and prepare for a culinary and tranquil experience as you discover why this has become Panama´s popular weekend retreat.

Where to stay in El Valle 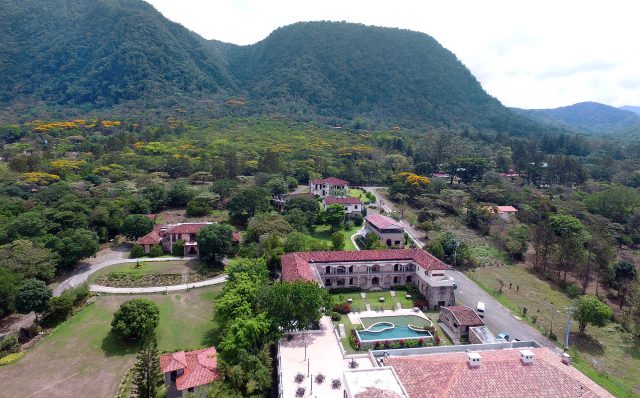 Nicola from Spain Holiday tells us about Elche

The city of Elche in Alicante, Spain is a compact city and it is possible to see a lot of its history, culture and natural wonders on foot in a day.

Elche is famous the largest palm plantation in Europe, originally planted by the Moors.  The Palm Grove of Elche “El Palmeral de Elche”, contains more than 200,000 palm trees, mostly date palms, and is a UNESCO World Heritage Site. The dates are harvested annually dating (no pun intended) back to the 5th century!

The palm leaves are also used for the Palm Sunday Easter Procession in Elche.

The Dama de Elche is a stone bust statue depicting an Iberian priestess in ceremonial robes dating back to the fifth century B.C. to this period. It is considered to be one of the most important Iberian art works ever found.  A replica of the statue is on display in Elche, where it was discovered.

The Basilica of Santa Maria, in Plaza de Santa Maria, which is built in the Baroque style in the 17th century. On the 14th-15th August each year, Elche stages its unique mystery play inside the basilica. The mystery play, which UNESCO has declared to be a heritage masterpiece, tells the story of the Assumption and Coronation in Heaven of Mary with a rousing mix of drama, music and passion.

Elche is a shoe lover’s paradise.  It is the largest producer of footwear in Spain. To pick up a bargain pair of heels head to the largest shoe factory outlet in Europe, Salvador Artesano factory, on the city’s outskirts, which has thousands of shoes from sportswear to high-heeled party shoes on offer.

Weird fact and outlandish Laws about Elche:
Fact
– There are over 1000 shoe manufacturer factories in Elche
– With over 200,000 palm trees, Elche has the biggest palm grove in Europe. Jo from WanderWithJo tells us about El Nido

El Nido is perhaps the most enchanting part of Palawan in The Philippines. I fell in love as soon as I got there. With its white sand beaches and marble cliffs, it is easy to fall for it.

For me, the best part was the island hopping tours. You can enjoy an array of activities like fishing, snorkelling, swimming in the blue green waters or diving. There are many spots where you can watch the underwater world come alive with colourful corals and exotic fish.

Don’t miss this paradise as it is sure to steal your heart, like it did mine.

Weird Fact – You can catch your own fish in most tours and sometimes if you don’t catch any (as a group), you might have to skip lunch or survive on fruits.

I didn’t catch a single fish and in fact I fed them as they easily ate the bait and swam away before I could reel-in. Luckily, the boat driver our guides and few fellow travellers caught plenty for everyone (Thank god – I am not a good at starving lol).

Read more on the Philippines: 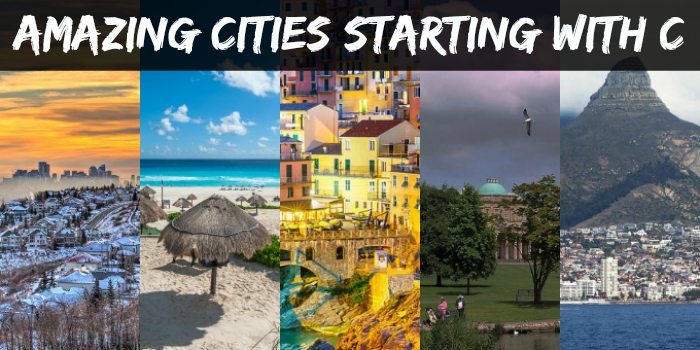 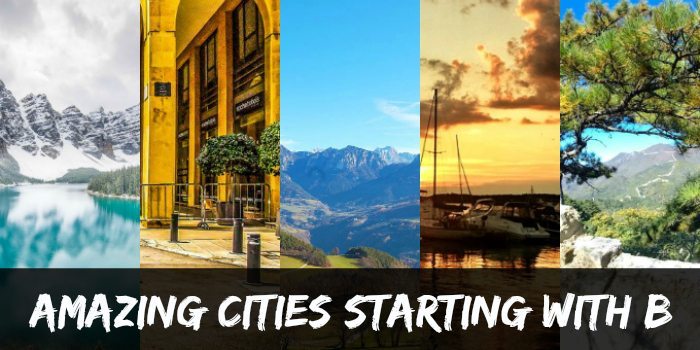 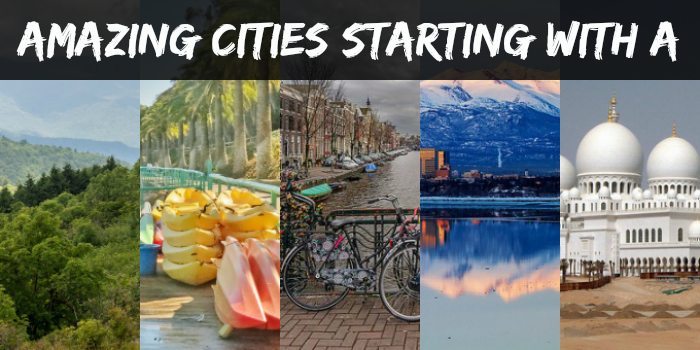 Amazing cities around the world…. Starting with A 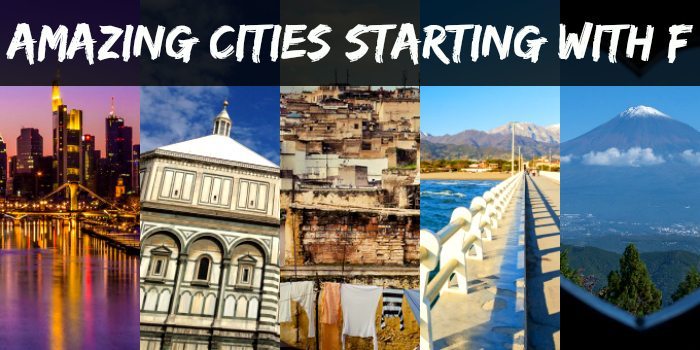 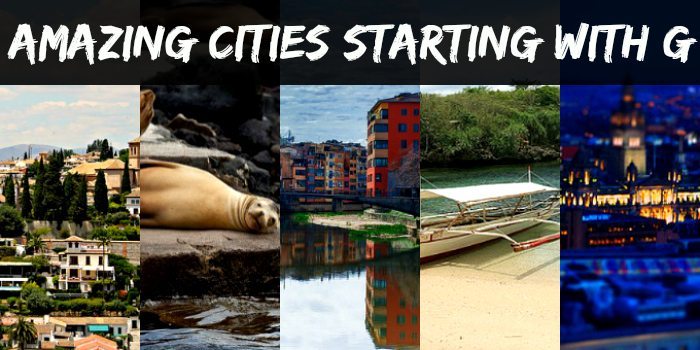 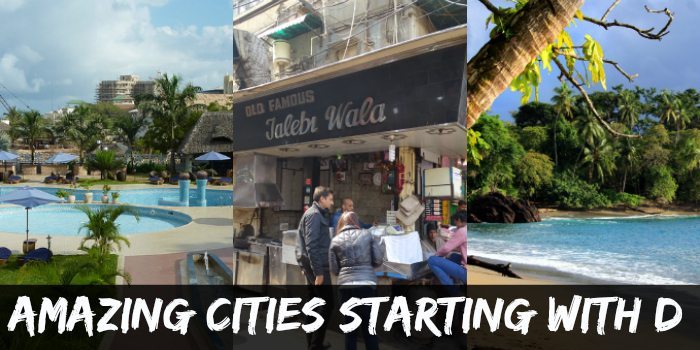 Amazing cities around the world…. Starting with D