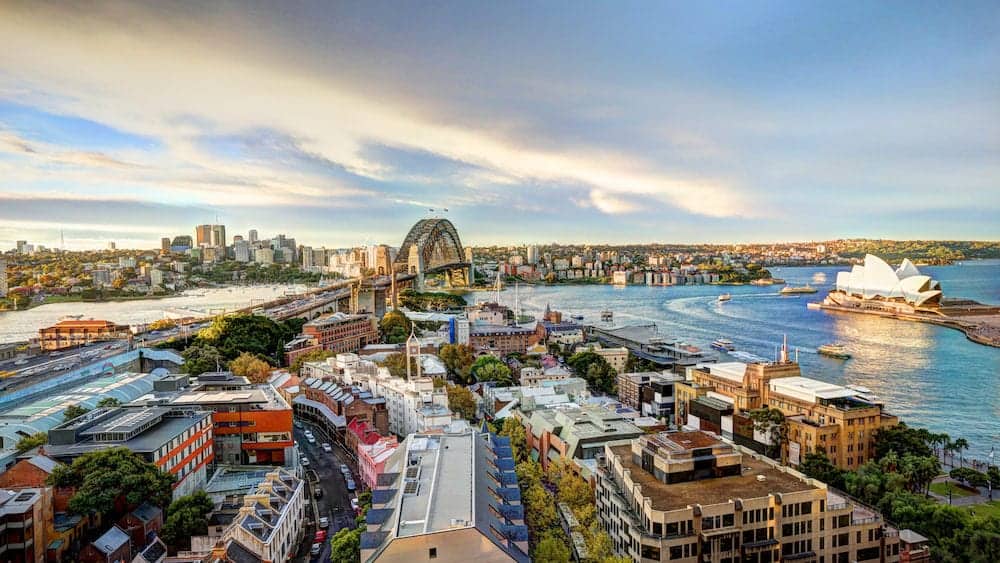 We will also include where to stay in Sydney for tourists from Sydney city, Bondi, Manly beach and the Blue Mountains. So let’s take a look at a few different types of Sydney accommodations and why they are the best places to stay in Sydney.

We will cover off all types of Sydney accommodation options from Hostels to luxury hotels that don’t cost the earth as well as how to decide where to stay in Sydney, the best Sydney hotels, cheap hotels Sydney, best places in Sydney (to stay and to visit), the best places to stay in Sydney Australia and many more. Airbnb is also a great option for short or long stays.

Arriving early into Sydney? Check out these Luggage Storage options so you can enjoy Sydney without having to lug your luggage around with you!


Sydney is one of Australia’s largest cities and is best known for it’s famous tourist attractions, the Sydney harbour Bridge and the Sydney Opera House, with a distinctive sail-like design. The massive Darling Harbour and the smaller Circular Quay port are hubs of waterside life, with the esteemed Royal Botanic Gardens nearby.

Sydney Tower’s outdoor platform, the Skywalk, offers 360-degree views of the city and suburbs. Sydney city is a great spot to do a bit of shopping, make sure to check out Pitt Street mall, which is a closed off street, lined with shops. This is also the best area if you are wondering where to stay in Sydney when going on a cruise.

You definitely don’t need a car if you are staying in Sydney city, almost everything is within a few minutes walk away or you can catch a cab or an Uber the short distances. The below hotels cover the main city area, hotels near the Opera House, Sydney Harbour Bridge and the Rocks. The city is also best area to stay in Sydney for nightlife. 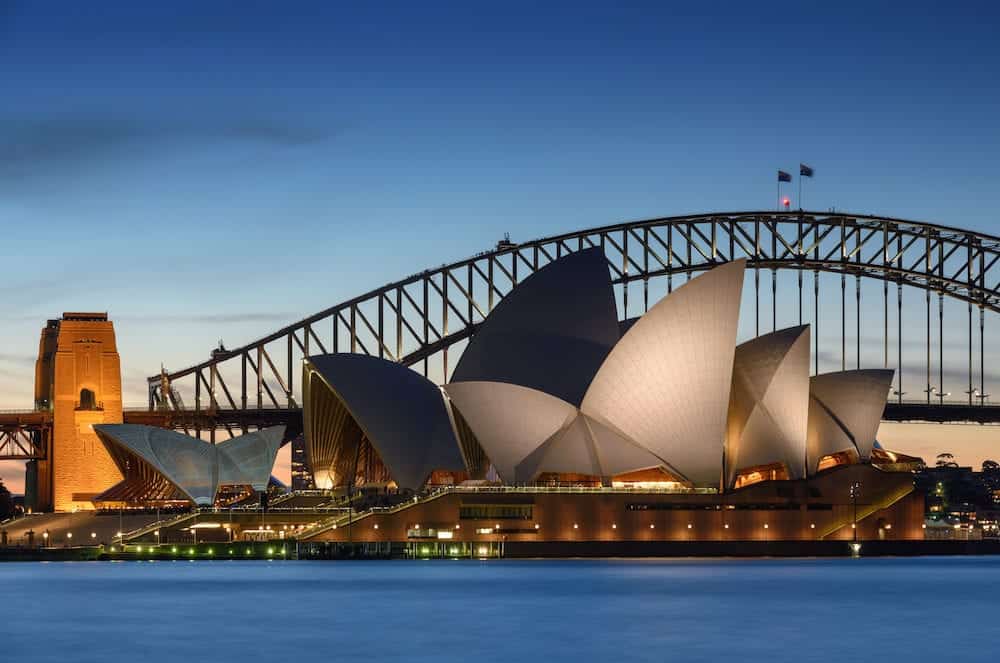 Darling Harbour is one of the Sydney CBD’s busiest areas, which is filled with cafes, restaurants, shopping complex, food hall, IMAX cinema, maritime museum, Madame Tussauds (wax figure museum), Sea Life Aquarium and the Wild Life Sydney Zoo. Making Darling Harbour the ideal place to stay with family, it’s also a great place to stay if you are in Sydney on a budget and need cheap accommodation.

Darling harbour features Saturday night fireworks, you and your family can enjoy a free fireworks show over Cockle Bay every Saturday night. Darling Harbour is within walking distance of the Sydney Harbour Bridge and Circular Quay for more foodies options. 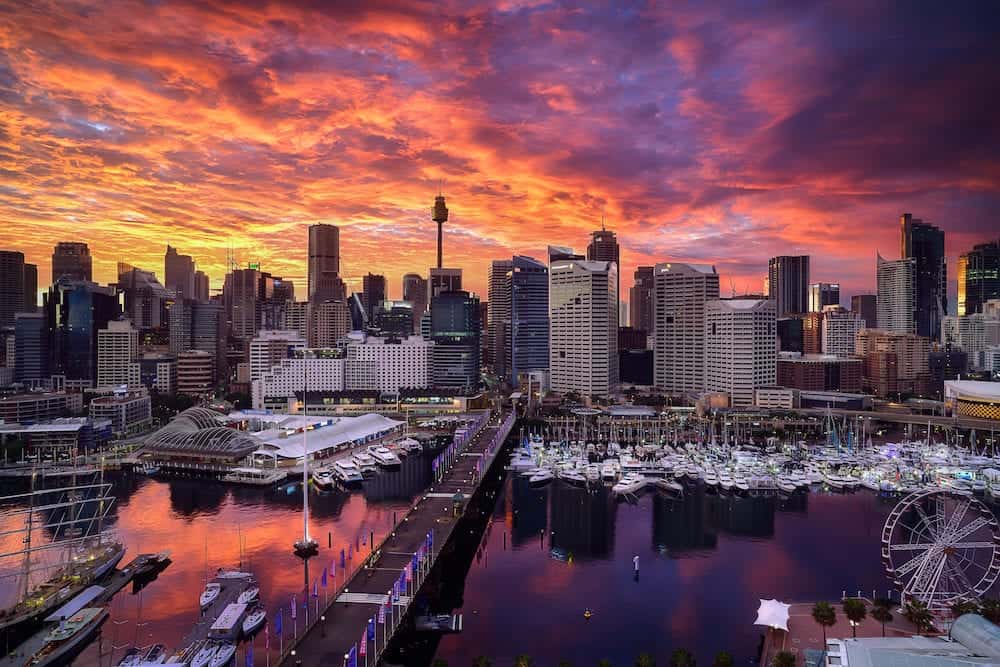 
Manly is the best suburb to stay in Sydney if you want to be close to the city but not right in the middle of hustle and bustle and have access to one of Australia’s amazing beaches.

Best Places to Stay in Manly 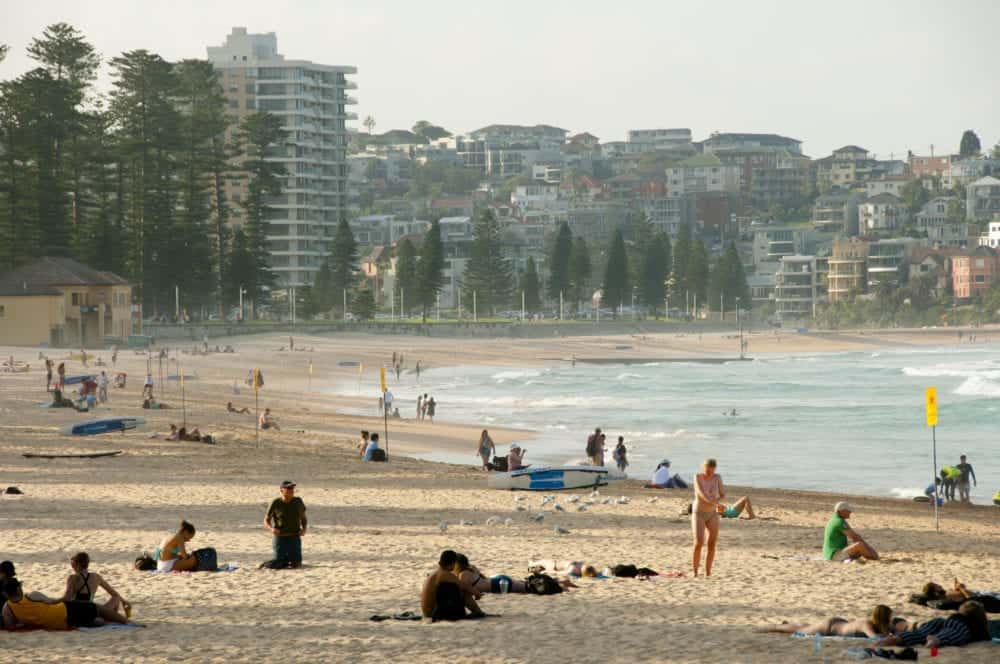 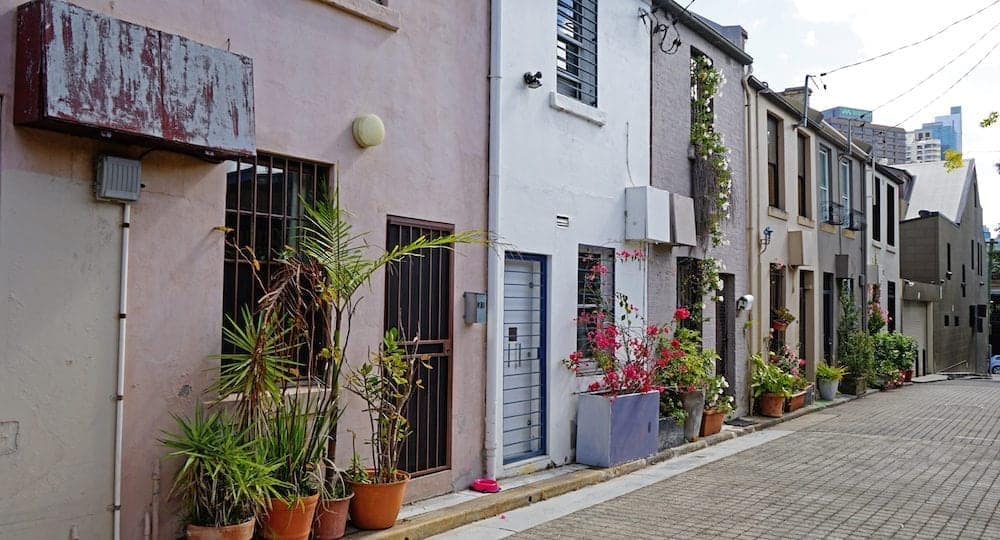 Potts Point is known for it’s nightlife, especially the scandal clad nightclubs and bars of Kings Cross (the red light district). During the day you can enjoy a buzzing cafe scene, make sure to head to Macleay Street for bistro brunches. Kings Cross Market on Sunday’s, is filled with craft vendors and food stalls. Nearby, Llankelly Place is a foodie hub of hip multicultural eateries, while Victoria Street has backpacker pubs amid terraced houses. Potts Points offers cheap accommodation Sydney. 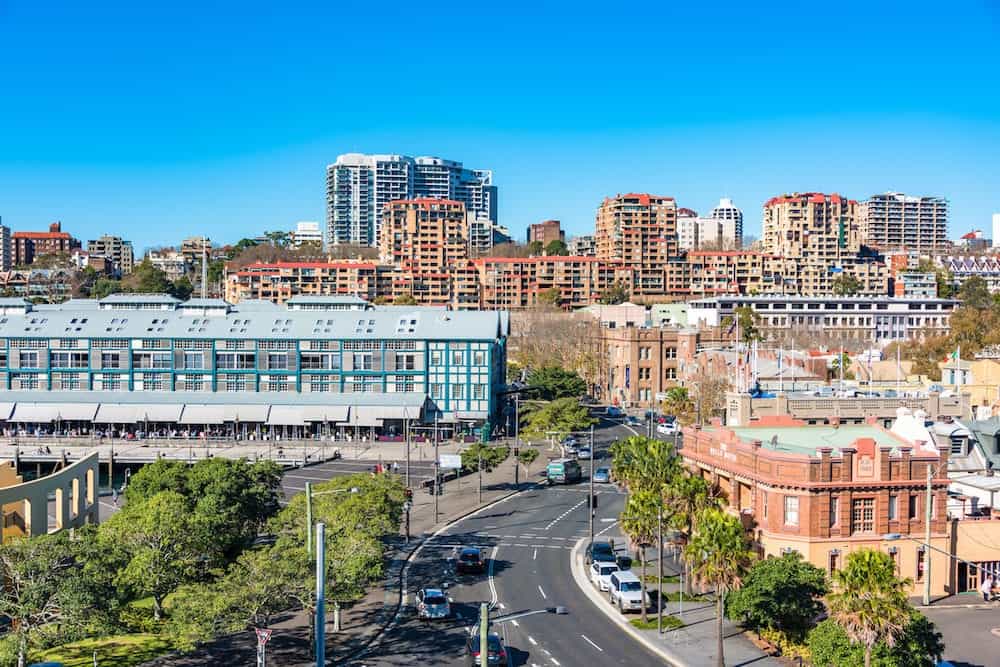 
The sweeping white-sand crescent of Bondi is one of Australia’s most iconic beaches. Reliable waves draw surfers while, nearby, locals swim in the Icebergs ocean pool year-round. Trendy, health-conscious Sydneysiders head to laid-back cafes around Hall Street, while hip backpackers frequent the area’s casual pubs. Walkers and joggers use the clifftop Bondi to Coogee Coastal Walk, with its dramatic scenery.

Best Places to Stay in Bondi 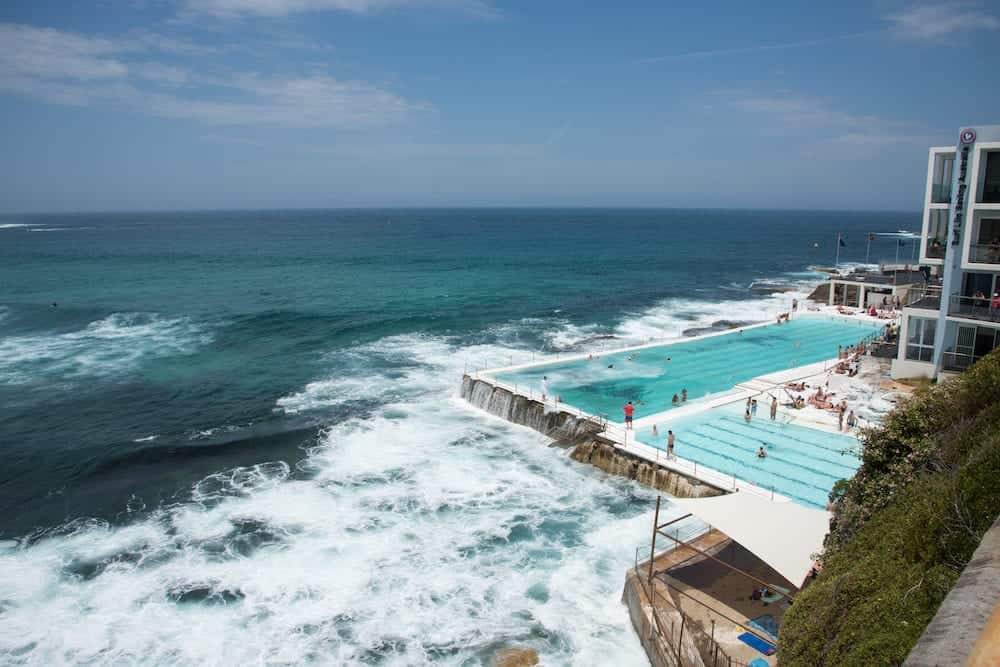 Where to stay in the Blue Mountains – Cool places stay Sydney 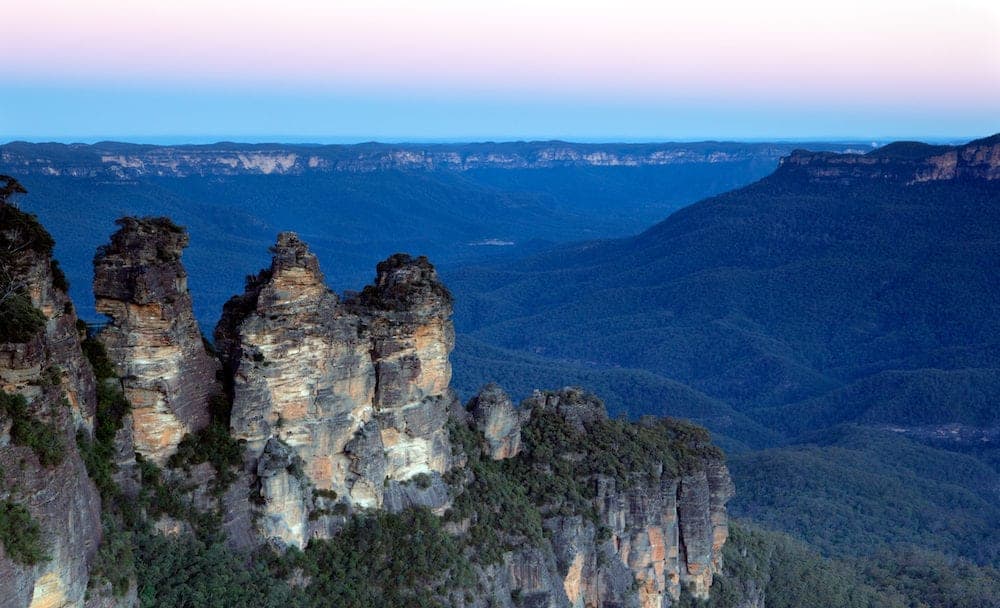 Sydney airport accommodation – Where to stay in Sydney near the airport


Some of the Sydney airport hotels offer a free shuttle from the hotel to the airport. 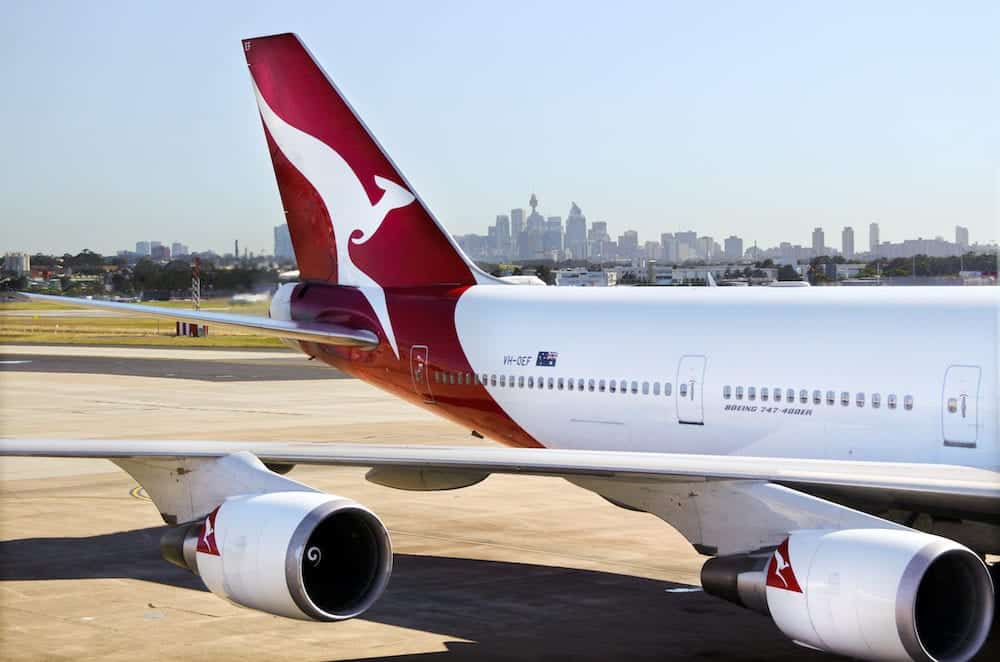 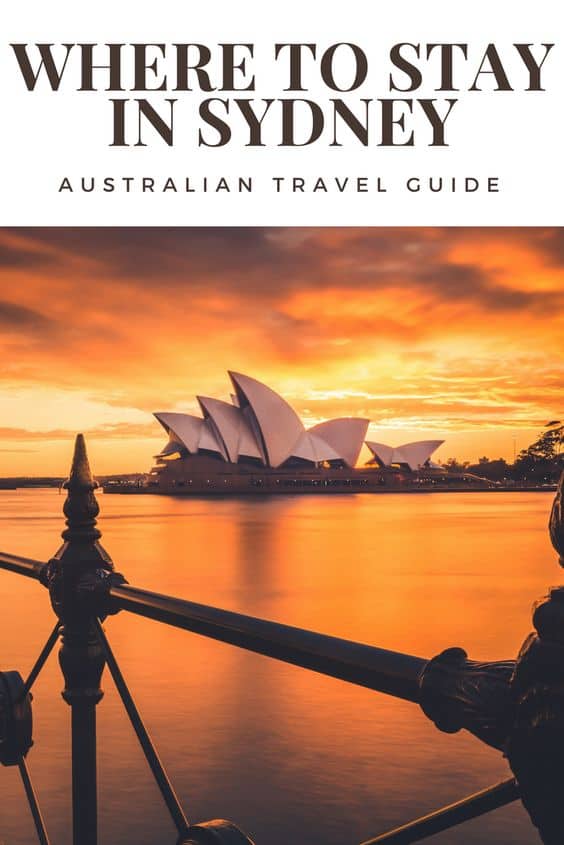 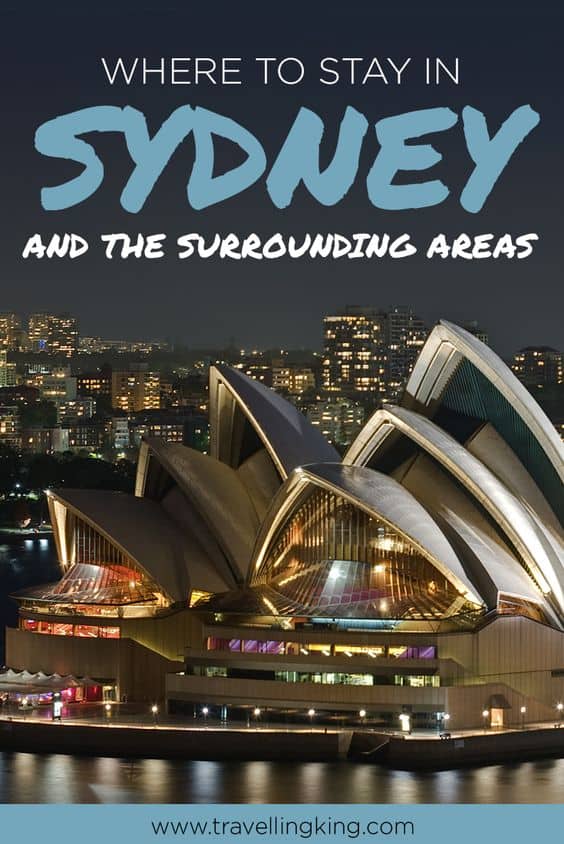 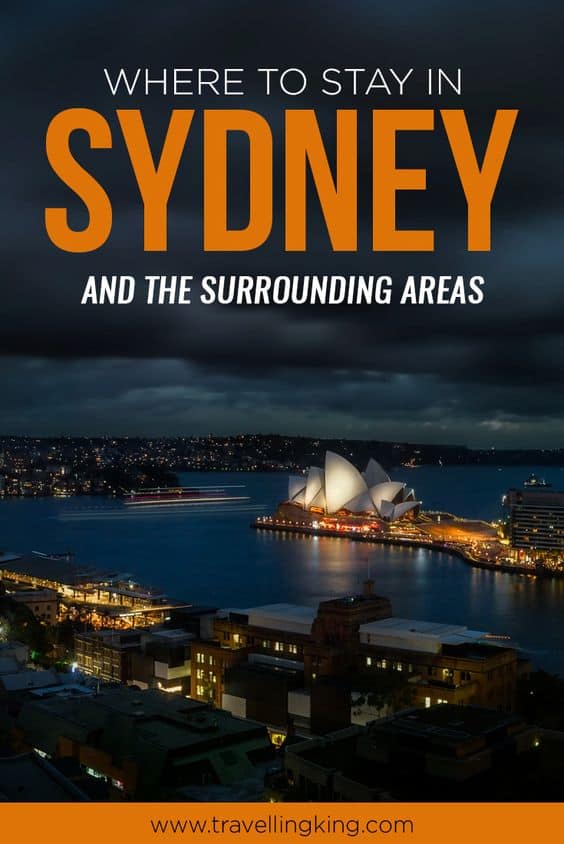 Where to Stay in Melbourne – Australian Travel Guide 2020