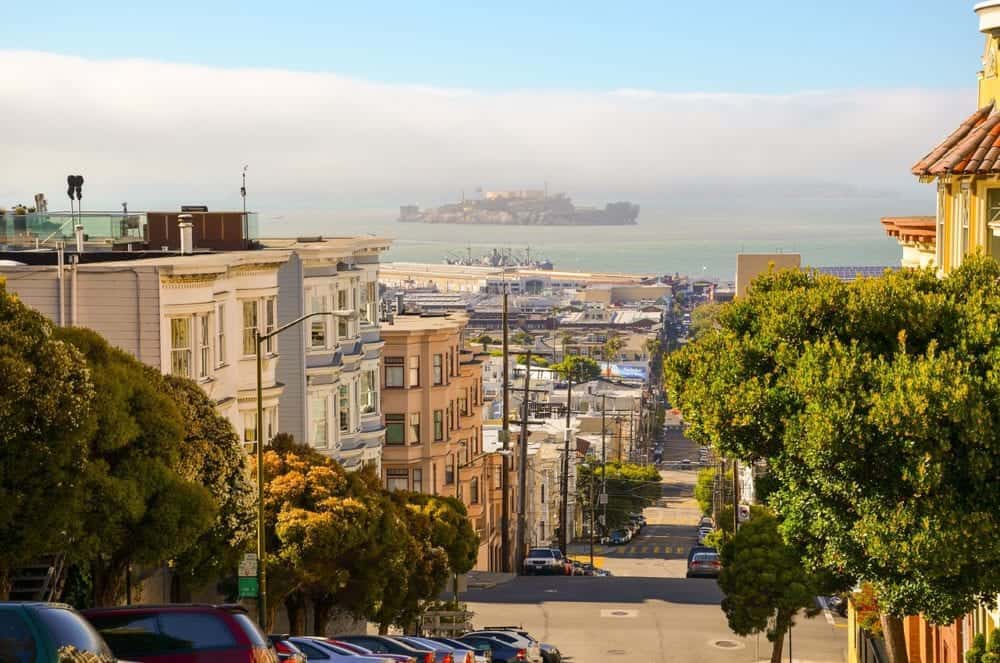 San Francisco is a unique melting pot of California and international cultures, and an excellent destination for visitors to explore. When people think of California, they often picture sunny beaches and blonde, tan-skinned healthy people. What surprises visitors most about San Francisco is the climate. It can be very chilly in San Francisco, and the number of rain jackets being sold in the touristy areas is testament to how under prepared visitors can be.

While it may not be a beach destination, San Francisco is such a fun, historical, beautiful city, it should be part of any California vacation itinerary. Unlike a lot of the American West, which has wide-open spaces and poor public transit, San Francisco is very walk able with an excellent public transportation system. Here are some of our favorite things to do in California. Make sure to get your San Francisco CityPASS to save up to 45% on cable car rides plus admission to 4 attractions.

The icon of San Francisco is the Golden Gate Bridge. Built in the 1930’s to connect San Francisco to Marin County, the route was previously served by a ferry. Today, the bridge is still a major commuting route, but it’s also become a tourist destination as well. There are walking and biking paths, with certain hours reserved exclusively for biking or walking, so check ahead if you plan to do this. Traveling across the Golden Gate Bridge is a quintessential San Francisco experience, but what most visitors want is to photography the bridge in all its splendor. 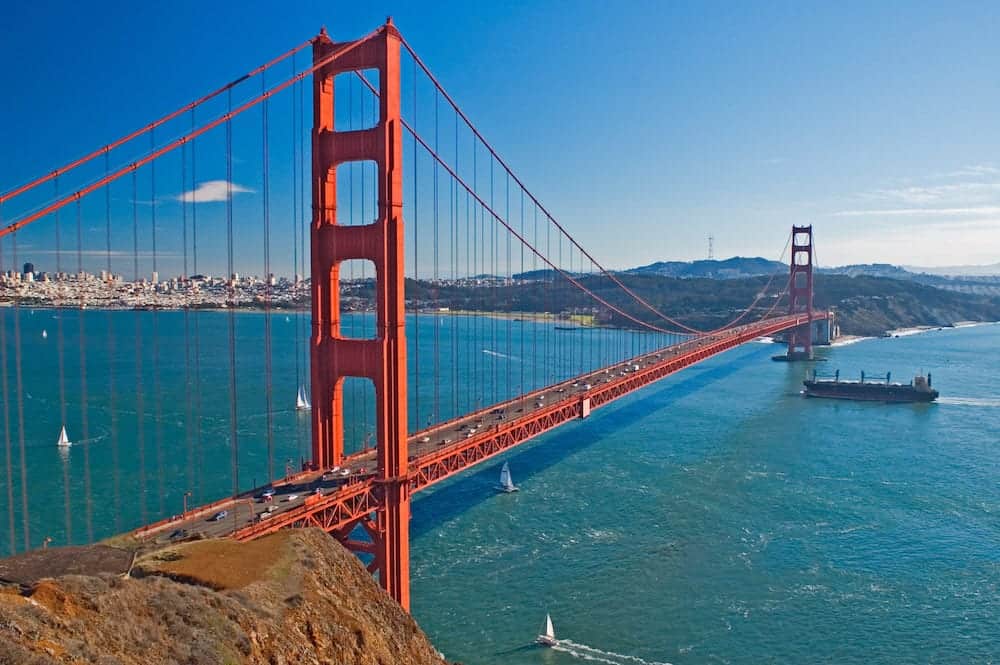 This land is set aside as part of the National Park Service and protects over 80,000 acres of land adjacent to the Golden Gate Bridge. It’s a great place to take in a panoramic view of the bridge, but there is much more to do here. There are hiking trails, historic structures like the Nike Missile Site, whale-watching and so much more. You can easily spend half a day or more exploring Golden Gate National Recreation Area. This area also contains Muir Woods, a spectacular place to see old growth coastal redwood forests. Muir Woods is an excellent place to explore nature away from the chaos and congestion of the city. 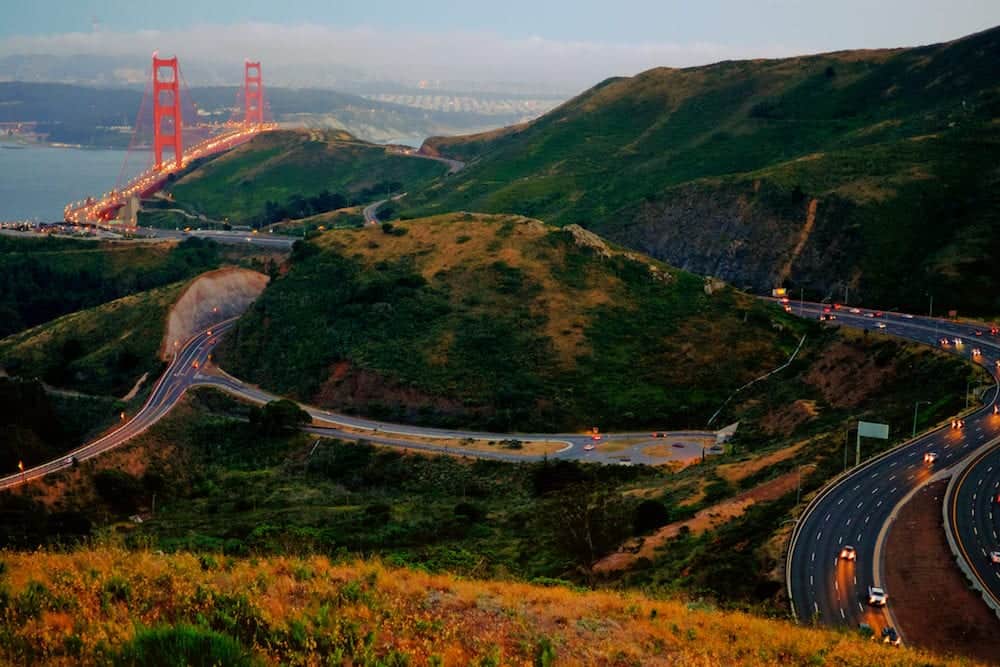 Another great place to view the Golden Gate Bridge is from Crissy Field in the Presidio. This former military post is a now a prime recreation destination in San Francisco. The historic buildings remain and house some interesting attractions such as the Walt Disney Family Museum and is home to Lucas film of Star Wars fame. There are also miles of hiking trails, a golf course and open fields and beaches perfect for kite flying on a windy day. 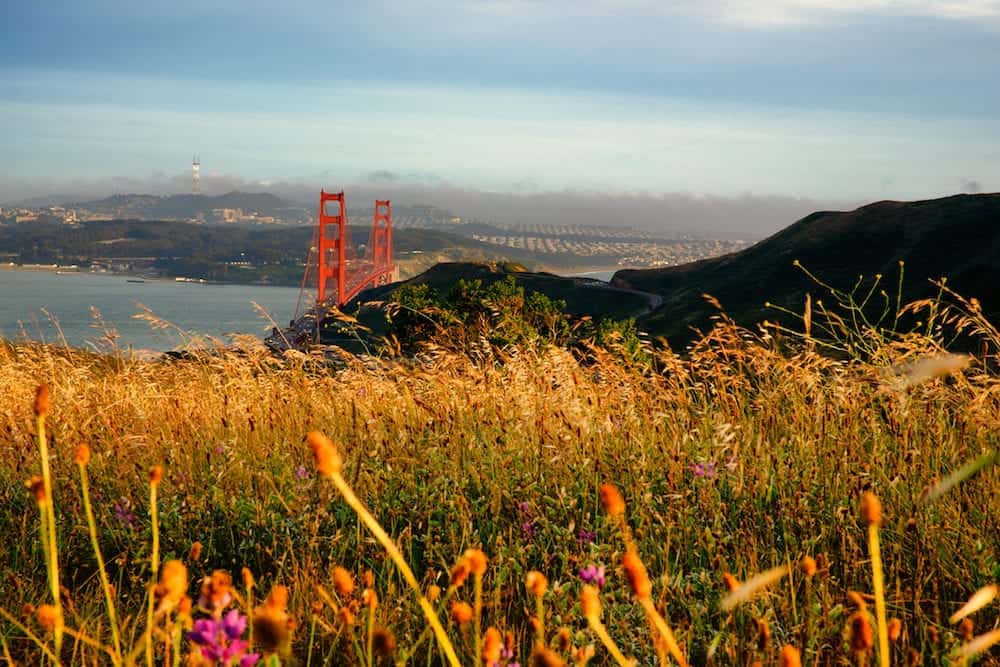 San Francisco’s Fisherman’s Wharf is very touristy, but it’s a fun place to visit when you are in town. Yes, if you want to buy magnets, postcards, sweatshirts or any other tourist souvenir, this is where you want to go. But you can also enjoy fresh seafood here at any number of chowder stalls. You can watch the famous sea lions, tour a WWII battleship, take a harbor cruise or even pop into Madame Tussaud’s or Ripley’s Believe It Or Not. If you have kids, you’ll have a hard time dragging them away from Fisherman’s Wharf, otherwise, you can just pop in for a bit on your way to more interesting destinations in San Francisco. 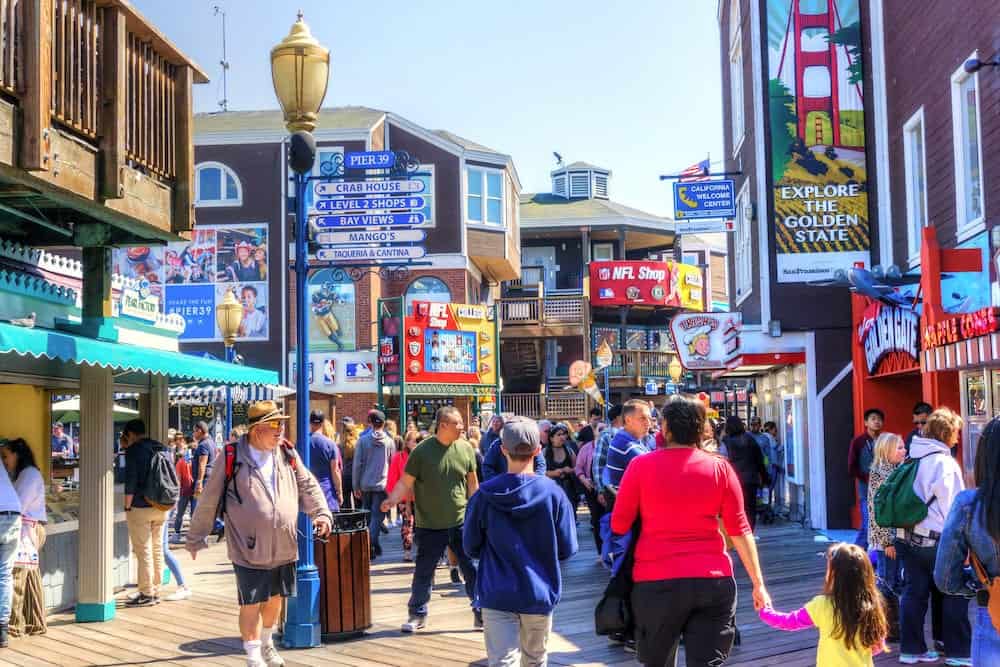 Just a short stroll from Fisherman’s Wharf is Ghirardelli Square, a “must” in your San Francisco itinerary. You can’t miss the huge sign on top of the building, which you can see from blocks away. The square sits at the original site of the chocolate factory in the late 1800’s. Today, the project houses shops, restaurants, a hotel and of course a Ghirardelli shop were locals and tourists line up for ice cream sundaes topped with magnificent Italian chocolate. 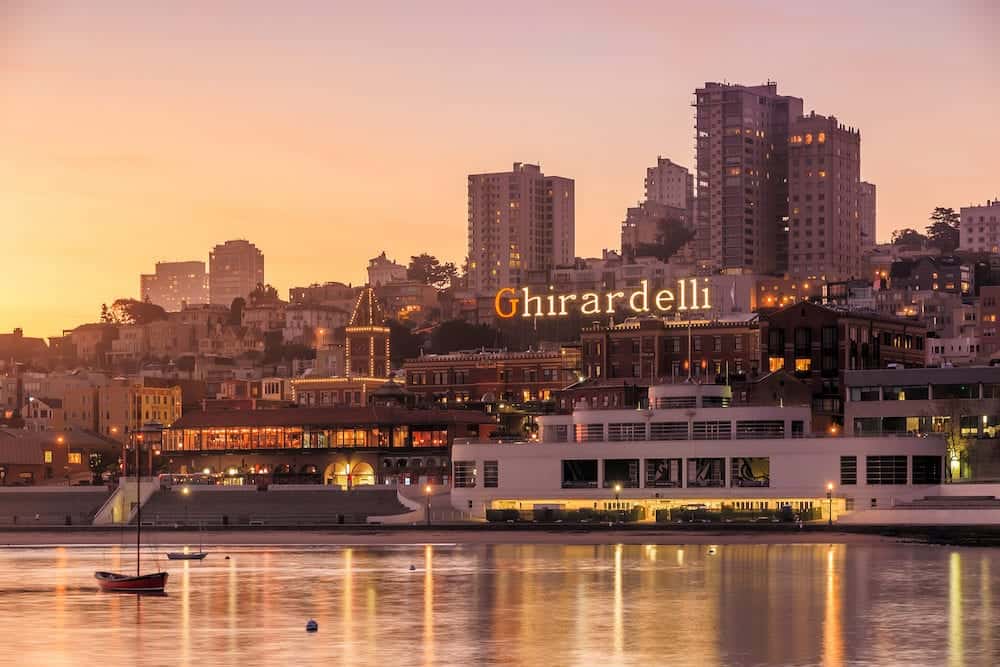 Another “must do” in San Francisco is the trip out to Alcatraz Island. Located in San Francisco Bay, just over a mile offshore from the city, Alcatraz is most famous for its past as a federal prison from 1934 until 1963. Stories (and movies!) abound about prisoners trying to escape the island surrounded by shark-infested waters. The site is now part of the National Park Service and there are several tours available to visit Alcatraz Island. There are night tours, day tours and some tours also include a visit to nearby Angel Island State Park. 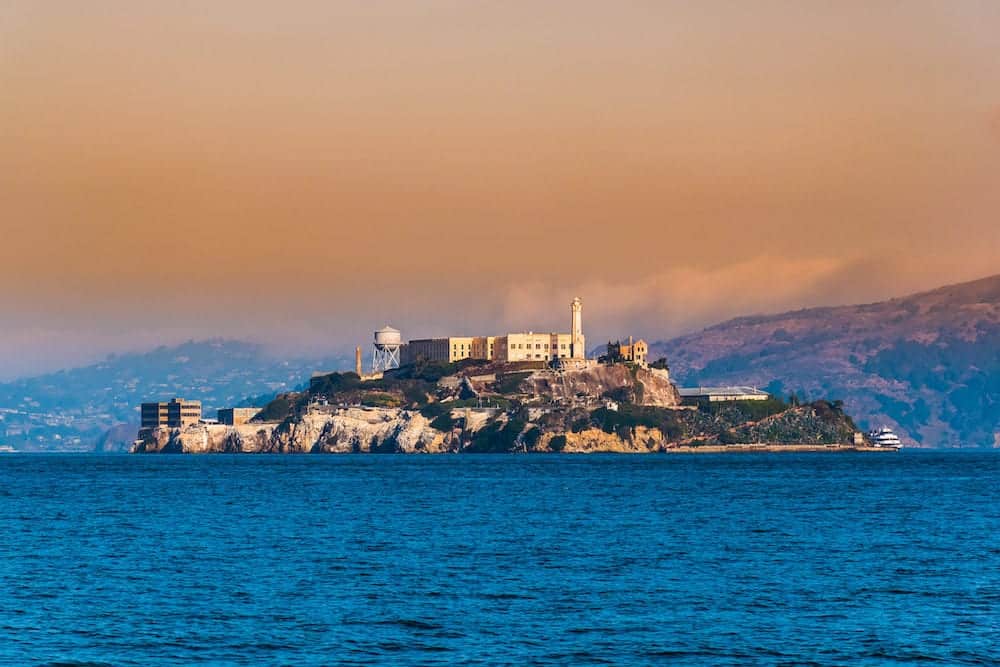 Cable cars or trolleys are another icon of San Francisco. In such a hilly city, they are not only fun, but very practical! San Francisco has the world’s largest manually operated cable car system. There are three cable car lines around the city, and are still used by commuters as well as tourists. Each car has two employees – one to take the tickets, and the other to drive. You can buy single-pass tickets on board, but be sure to have cash on hand. Lucky for tourists, the cable cars pass by many of the places you’ll be visiting in San Francisco, like Fisherman’s Wharf Chinatown or North Beach, so you can combine this attraction with several other things to do in San Francisco. 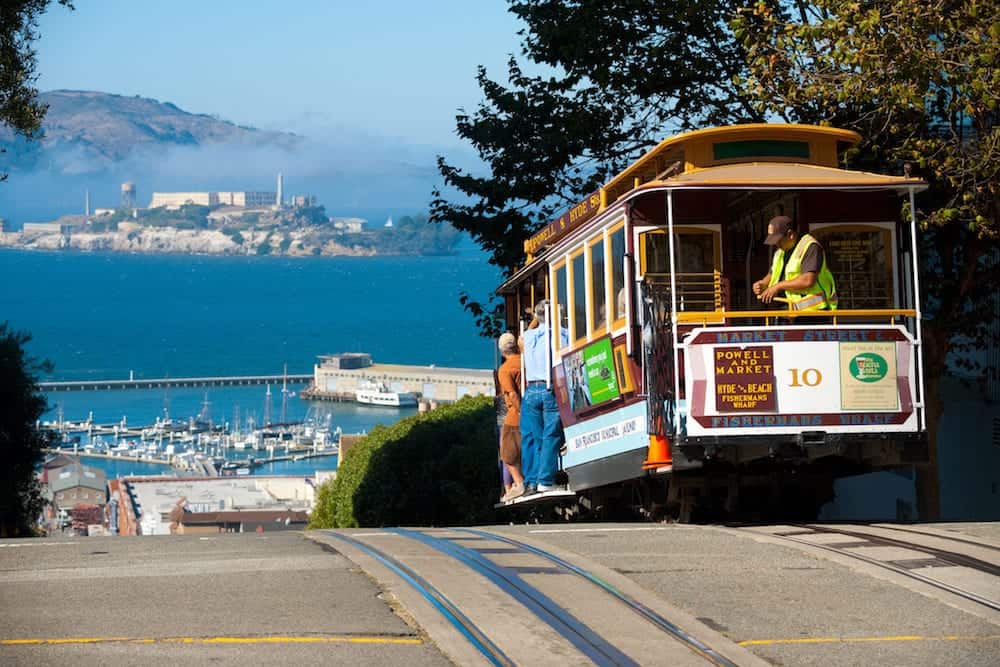 One of the things that makes San Francisco so unique from other California cities is a rich Asian culture and heritage. Many Chinese immigrants arrived in San Francisco in the 1840’s and worked through the Gold Rush as miners, or found jobs in agriculture or railroad construction. Despite America’s West Coast being relatively “new,” San Francisco has one of the oldest Chinatown districts in the U.S. Starting at the Dragon Gate, you can follow Grant Avenue where most of the tourist attractions of Chinatown can be found. Dim Sum is a must when in Chinatown, and there are many novelty shops, restaurants and a few museums to explore. 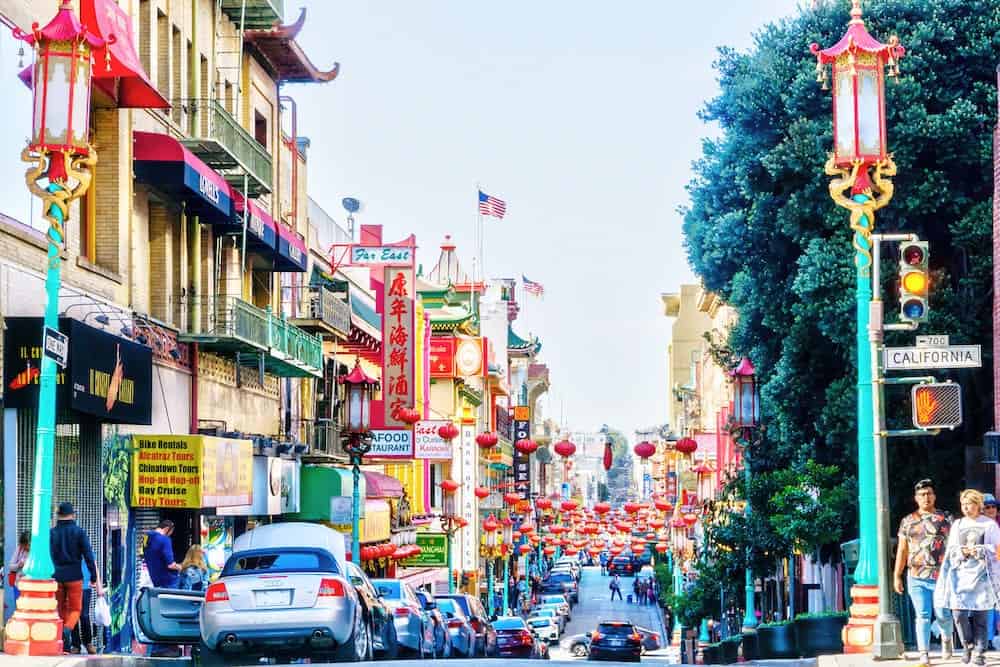 A small section of Lombard Street is often said to be the most crooked street in the world. In any case, it’s definitely the most crooked street in San Francisco. The winding brick road is a residential one-way street that has been photographed thousands, if not millions, of times. It’s estimated that one million cars drive this street each year. (That’s nearly 3,000 each day!) And while it’s unique to drive down this street, it’s more fun to walk up and photograph it on foot. If you visit in high season on a weekend, be prepared for long lines waiting to drive down this street. 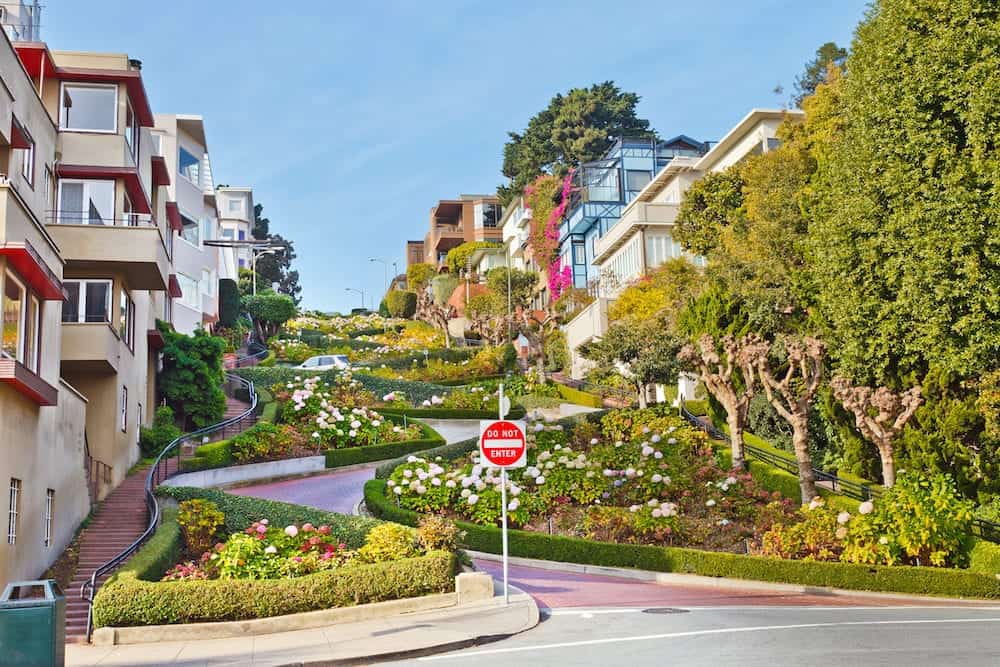 Coit Tower has stood as a landmark on the San Francisco skyline since 1933. The narrow, concrete column is also known as the Coit Memorial Tower and is dedicated to firemen who died in several of San Francisco’s major fires. While the outside is plain concrete, the inside features fresco murals from 27 different artists, most of which can be viewed free of charge. Visitors who want a birds-eye view of San Francisco can purchase tickets for the elevator to the top, or join a docent tour to learn more. 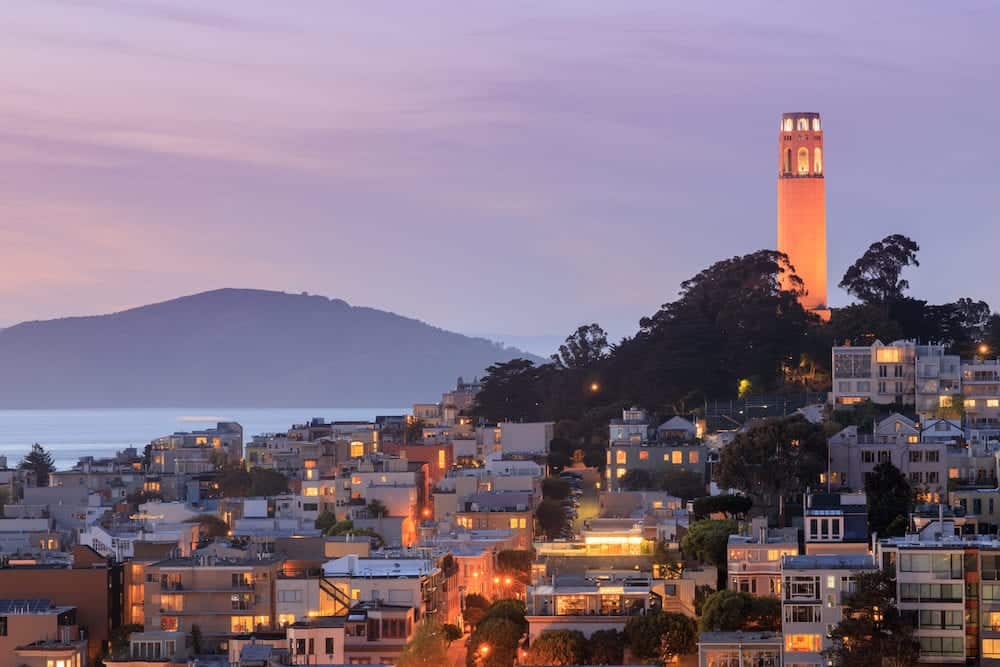 A central hub of San Francisco is Union Square. This is a main shopping, dining, hotel and theater district of San Francisco. This area has a huge assortment of department stores and upscale boutiques, and is the site of many public events and concerts. Union Square is also home to many office buildings, so it’s not just a tourist destination and it’s always buzzing with activity. The central location makes this a great place to stay in San Francisco. 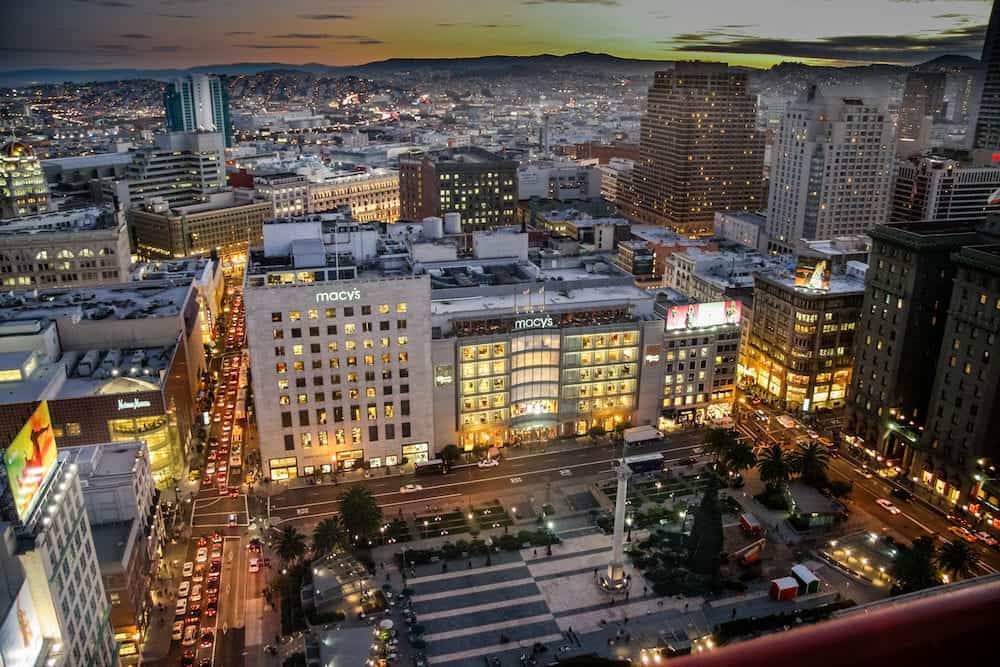 This gorgeous Beaux-Arts structure was originally built for the 1915 Panama-Pacific Exhibition. Located in San Francisco’s Marina District, the Palace grounds are a beautiful, serene place to explore. The Palace still hosts art exhibitions, but most visitors come to photograph the Rotunda across the lagoon on which it sits. The grounds are well-manicured and offer a quiet escape from the city. 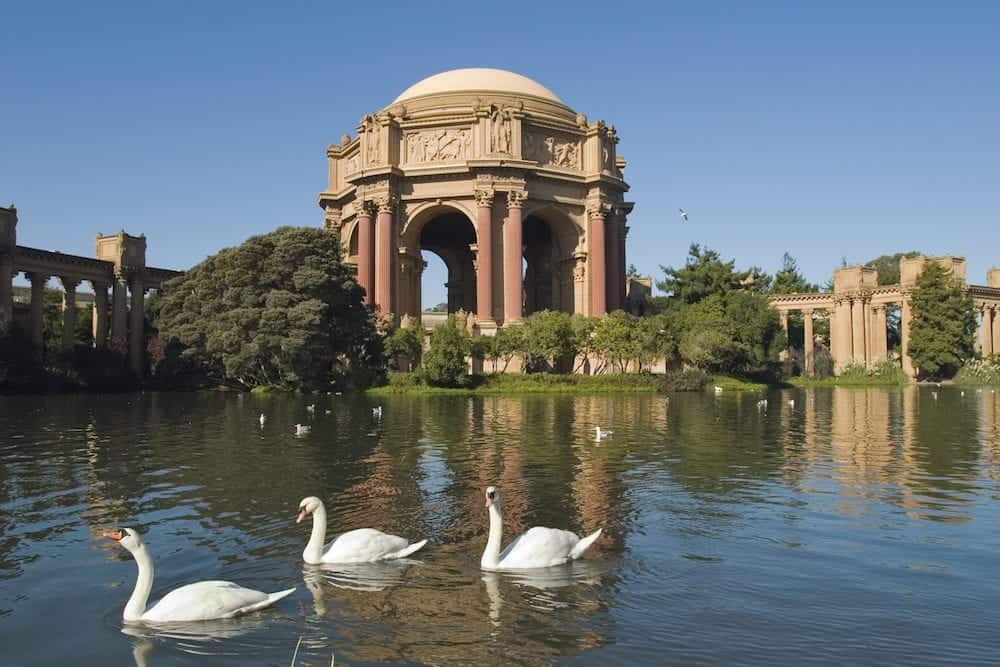 Foodie travelers won’t want to miss a trip to the Ferry Building. The Ferry Building was once a main thoroughfare for anyone arriving into San Francisco, as ferries were the major mode of transportation before the bridges were built. The building has seen several changes, from neglect to office buildings, but in 2003 opened as a world class public food market. There is a farmer’s market three days a week, and artisan food producers every day. Whether you are shopping for groceries to cook at home, or want to enjoy a take-away meal on the waterfront, San Francisco’s Ferry Building has something for you. 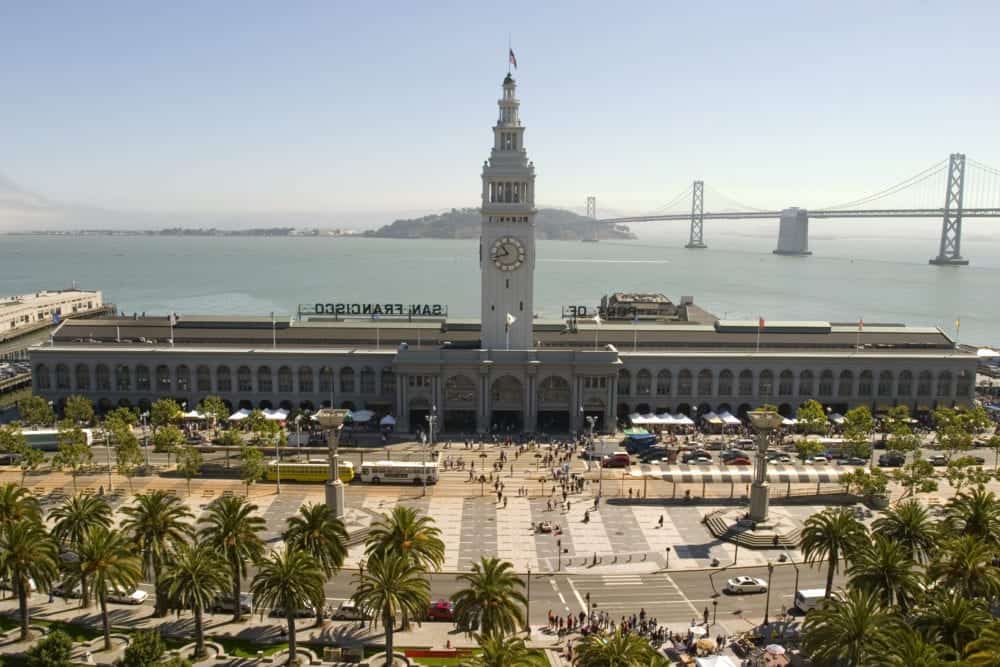 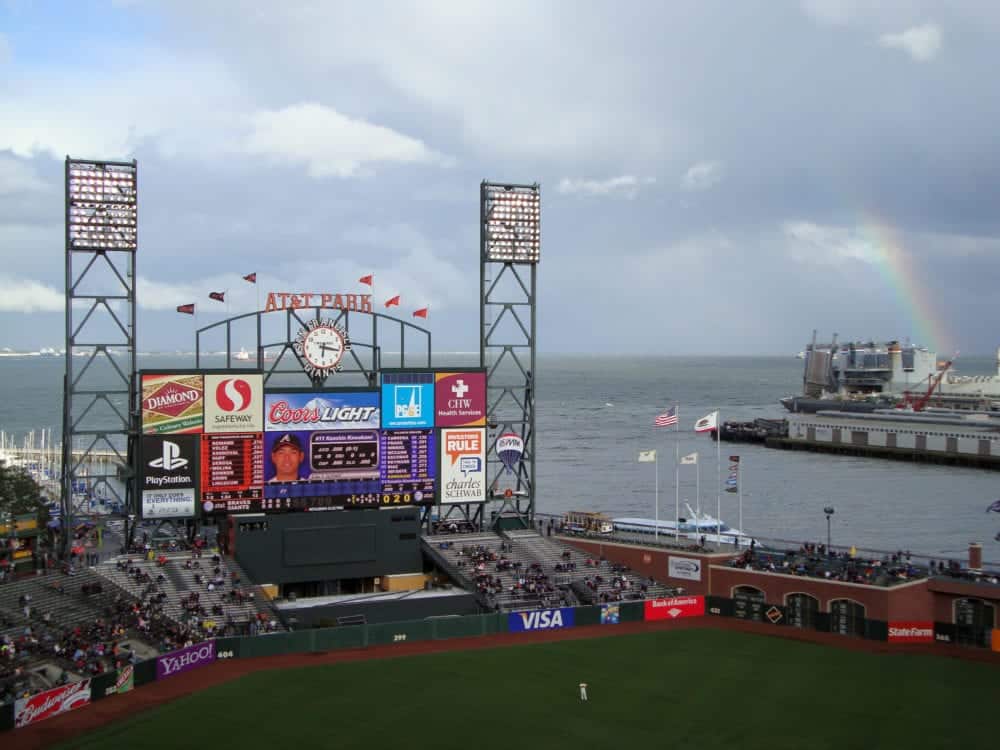 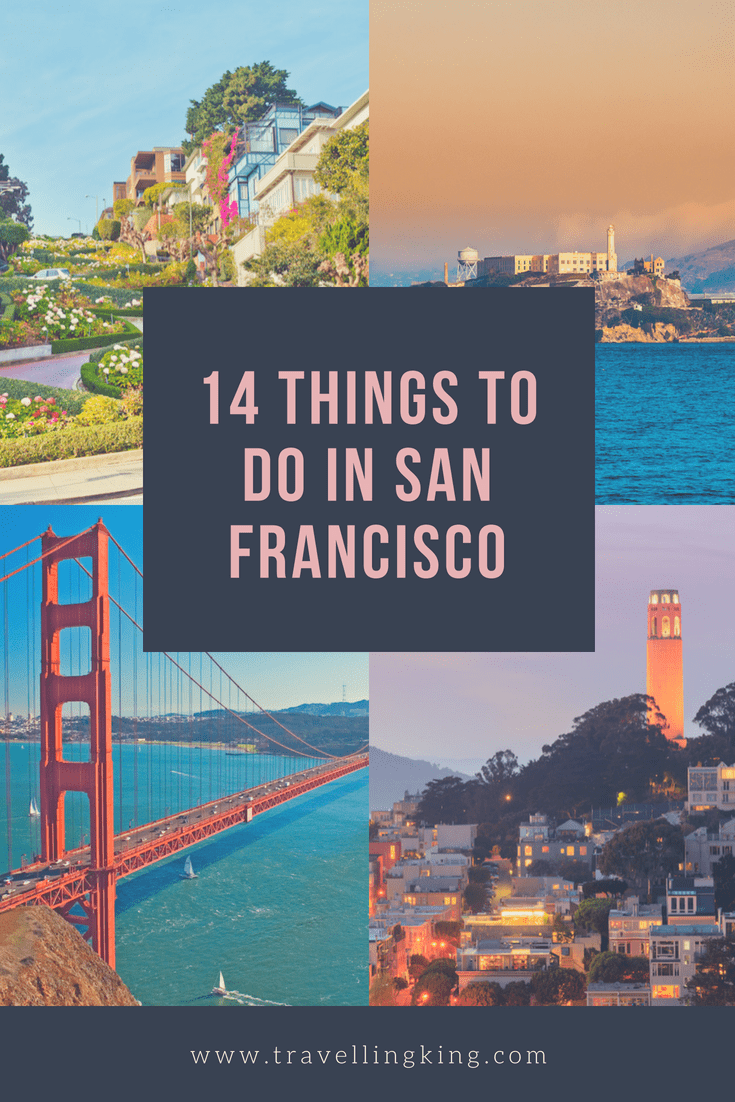 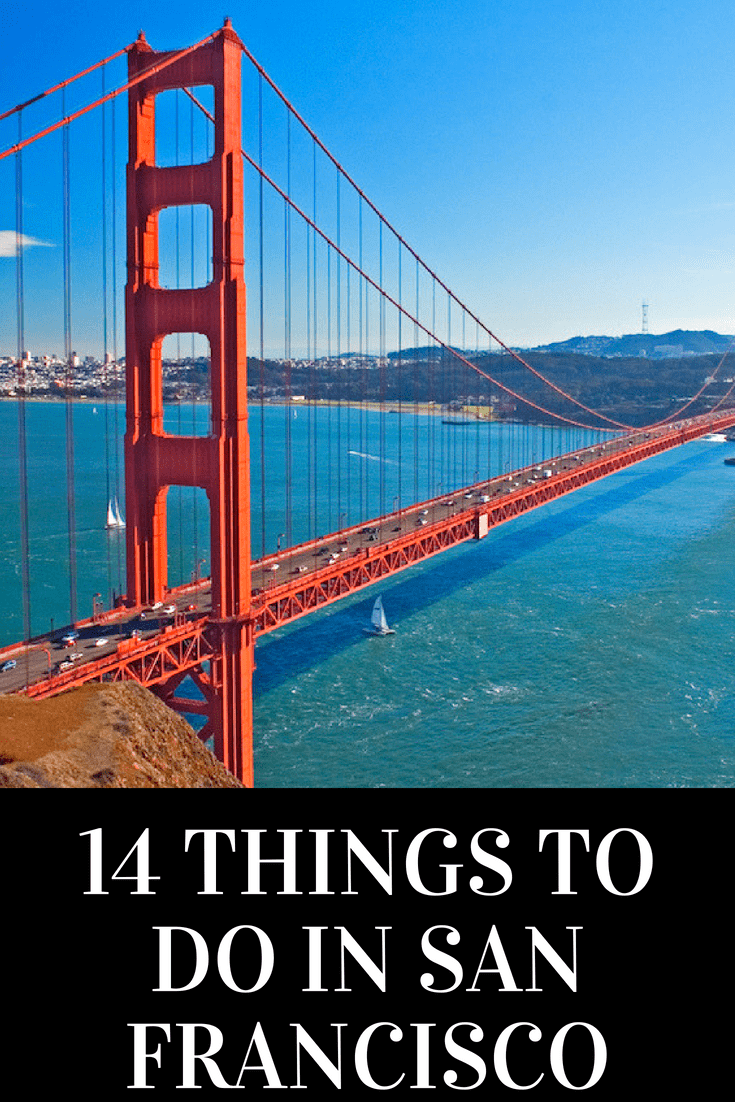 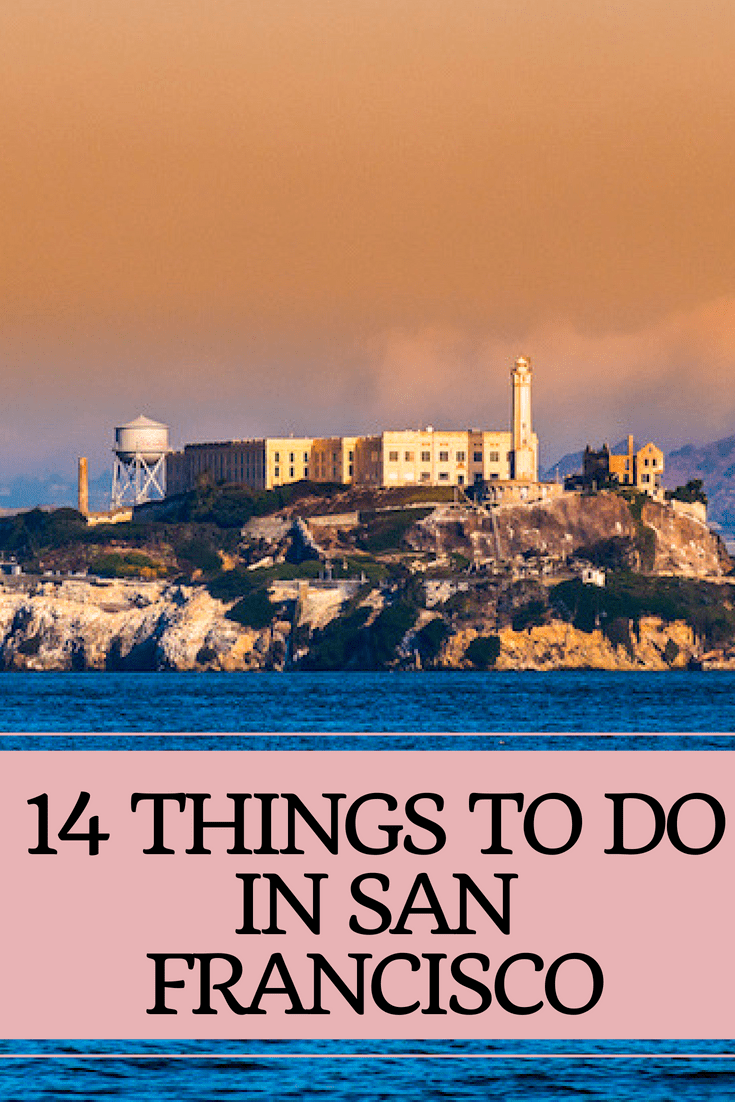