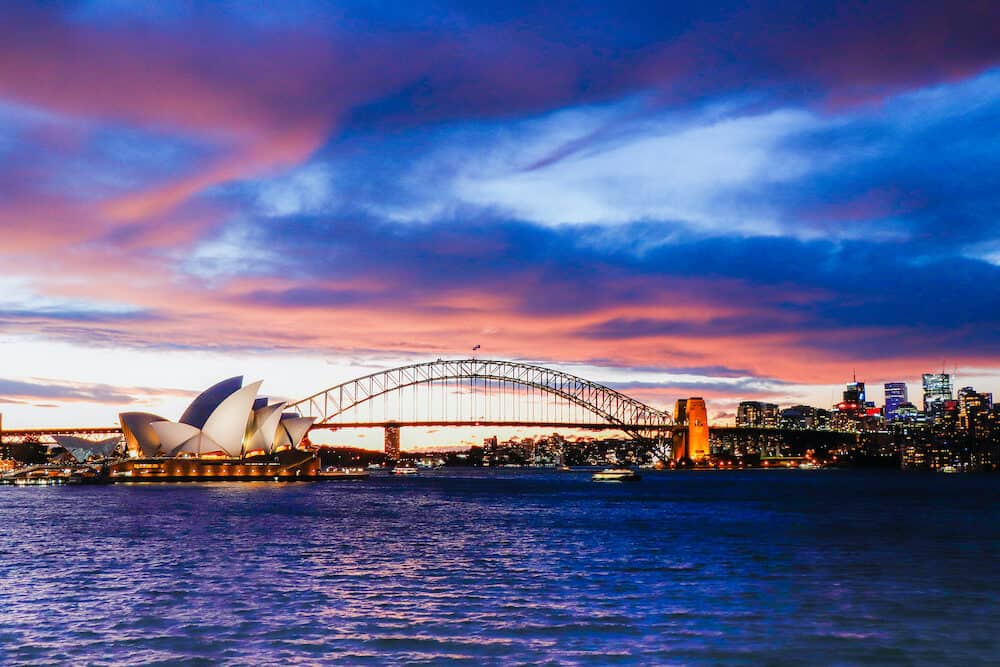 Australia is often associated with stunning beaches and wild, exotic animals, but a pleasant surprise visitors often forget about is the unique food culture of Australia. With such a large variety, there’s a dish or snack for even the fussiest of eaters, alongside some staple foods such as pies and burgers which have been adapted to suit the Aussie taste and lifestyle.

Designed with flavour in mind, many of Australia’s famous dishes can be easily found and enjoyed during your trip from the many eateries and restaurants, so we’ve compiled a list of the top 10 foods to look out for during your trip!

Originally gaining popularity due to the success of a horse in the Kentucky Derby, Tim Tam has been a favourite in Australia since 1958.

Made of two layers of chocolate biscuit with a light chocolate filling in the middle, they are the ultimate chocolate biscuit to be enjoyed at any point throughout the day. The brand, Arnott’s, had sold over 30 million packs by the end of the century, making them one of the most popular biscuits found in Australia.

Vegemite on toast is quite similar to Marmite, but as the name implies, is the vegetarian version. Spread on toast, it makes the perfect snack for breakfast, lunch or dinner. It’s also a great picnic item if you’re visiting natural areas, such as the Surf Coast Walk in Victoria. Interestingly, Vegemite is made from yeast extract and not vegetables, and contains plenty of vitamin B. It’s quite an acquired taste, and similar to Marmite, you’ll either love it or hate it.

When making Vegemite on toast, make sure to be careful with the amount of spread you use, as the taste can be quite overpowering if you overdo it!

Aussie Burgers ‘With The Lot’

Everyone loves a good burger, but no one fills them like the Aussies do. A burger with the lot comprises of everything on a regular burger, but loaded with pineapple and pickled beetroot.

The pineapple provides sweetness whilst the pickled beetroot adds a tangy flavour into the mix. Other popular toppings include eggs, cheddar cheese, and bacon. With this combination of flavours, you’re in for a delicious burger! 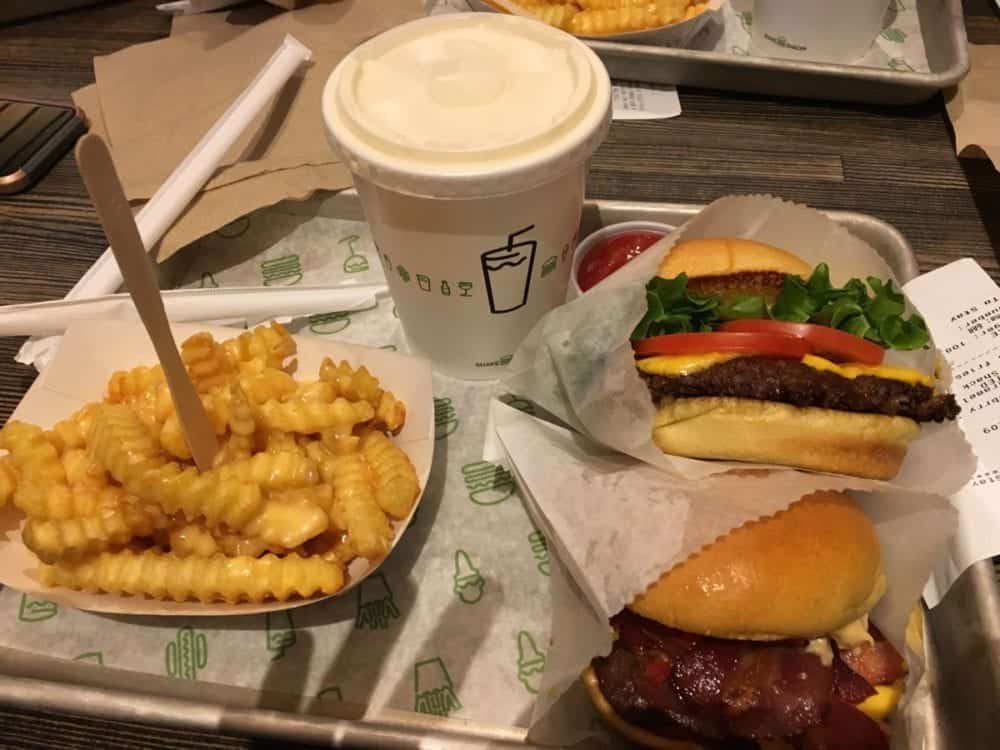 Avocado has a whole host of health benefits, and is known for being a popular addition to salad or the much loved guacamole dip. Australian’s have taken the beloved avocado and created ‘avo on toast’ to combine the healthy fruit into a yummy brunch dish.

The recipe for the ultimate ‘avo on toast’ dish calls for plenty of smashed avocado, goat/feta cheese, pepper, olive oil and a poached egg. It’s the perfect dish to be enjoyed at any point during a trip to Australia.

You can’t go wrong with the humble meat pie. Hearty, comforting and delicious, this pie is one of the most popular foods in Australia and for good reason. Meat pies are usually handsized, and filled with mincemeat and gravy.

270 million pies are consumed annually in Australia, so finding one during your travels shouldn’t be tricky as many cafes, eateries and restaurants serve them. As well as being quick and convenient to eat, they are also filling and provide energy. 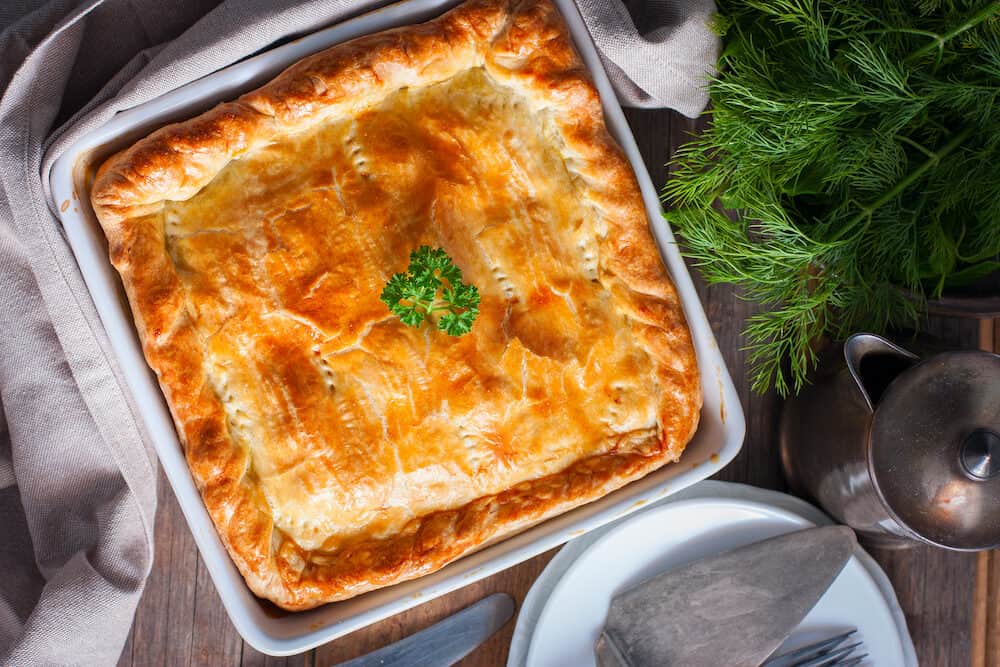 Lamingtons are squares of cake which are made from butter or sponge cake, coated in chocolate and then rolled in desiccated coconut. They’re small and sweet, making them the perfect after dinner treat.

Legend has it that Lamingtons were first made after a maidservant of Lord Lamington accidentally dropped a sponge cake into melted chocolate in 1901. Regardless of the origins, Lamingtons have continued to grow in popularity and remain an icon of Australian sweet treats.

When visiting Australia, it’s likely a beach day is on the agenda. Whether you’re on a city beach in Sydney or somewhere like Apollo Bay in Victoria, it’s always a good time for a Golden Gaytime. What better to accompany you under the heat of the sun than a delicious ice-cream, which contains a vanilla and toffee centre and a chocolate and biscuit breadcrumbs outer layer.

Golden Gaytime ice-creams are a must when visiting Australia, as they make the perfect snack to cool down and refresh with.

You might be surprised to know that kangaroo meat is a popular dish in Australia, with grilled kangaroo meat being a delicious, healthy alternative to beef. It has a lower calorie count than beef, as well as high levels of protein. Interestingly, Australia exports kangaroo meat to over 55 different countries in the world, so the popularity of kangaroo meat is not just reserved to Australia.

Not only are kangaroos the beloved animal of Australia, they can also be enjoyed in burgers and sausages, so make sure to give the tasty meat a try during your trip.

A healthier alternative to battered fish, barramundi, a type of seabass, is a large scaled river fish which is commonly grilled, fried or seared. It’s a truly delicious dish which will leave you wanting more when you try it.

With high levels of omega 3 and rich in protein (with lower calorie levels than salmon), barramundi is not only tasty, it’s good for your health. 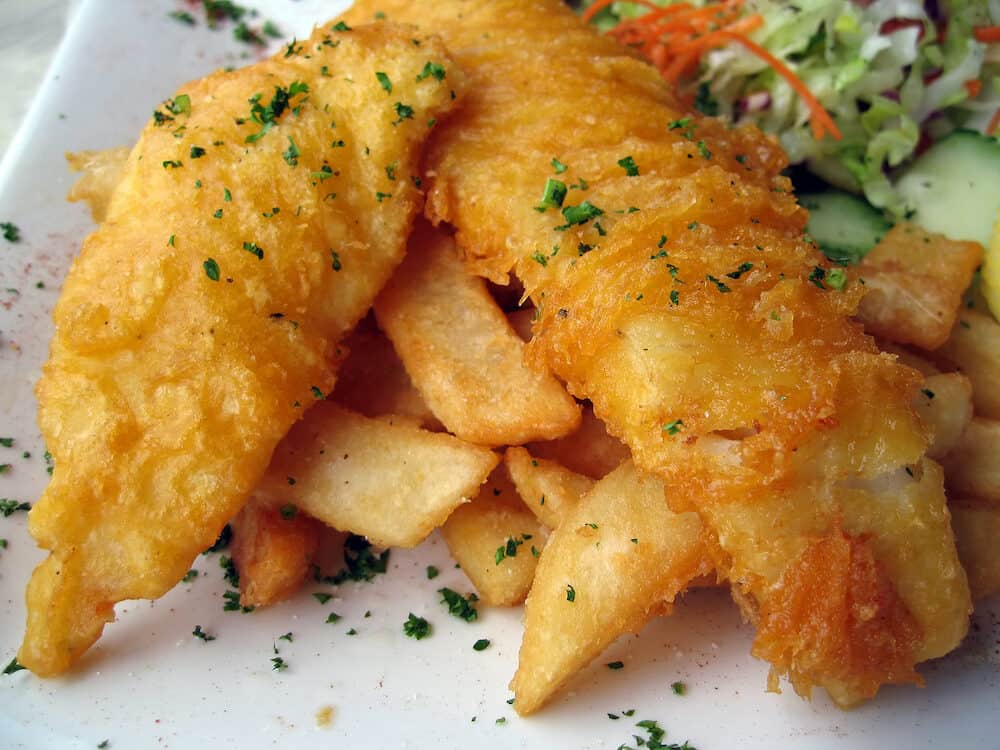 A good fruit loaf should bring you comfort and satisfaction, and that’s exactly what you’ll get from an Australian Billy Tea fruit loaf. Made from tea, dried fruit and a cinnamon sprinkle on top, this loaf is both tasty and filling.

Accompanied with a custard frosting, the Billy Tea fruit loaf is perfect to be enjoyed with friends and family, and is often eaten on Anzac Day in Australia.

So, whether you’re in the mood for something sweet, healthy or filling, Australia has a wide selection of delicious foods which will only enhance your trip. Don’t be afraid to try something new, you never know when you might find your next favourite dish during a trip Down Under!