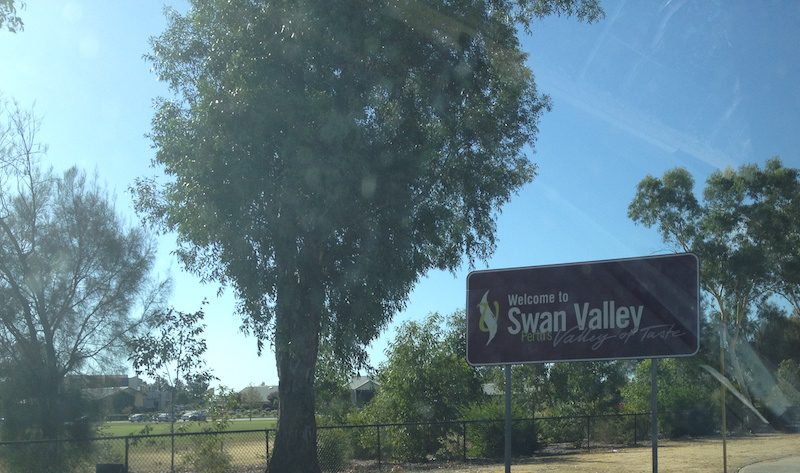 The Swan Valley is only a 25 minute drive from Perth CBD. We stopped off at the information centre on the way to pick up a local winery map and any other interesting brochures. The Swan Valley food and winery trail goes on for 32km with approx 150 attractions, with such things as wineries, cheese factories, breweries, restaurants, cafes, chocolate factories, fresh food, markets and accommodations.  As we were only there for the day we came to the agreement that we would stop at the wineries/establishments that had interesting names. (We couldn’t stop at them all!). 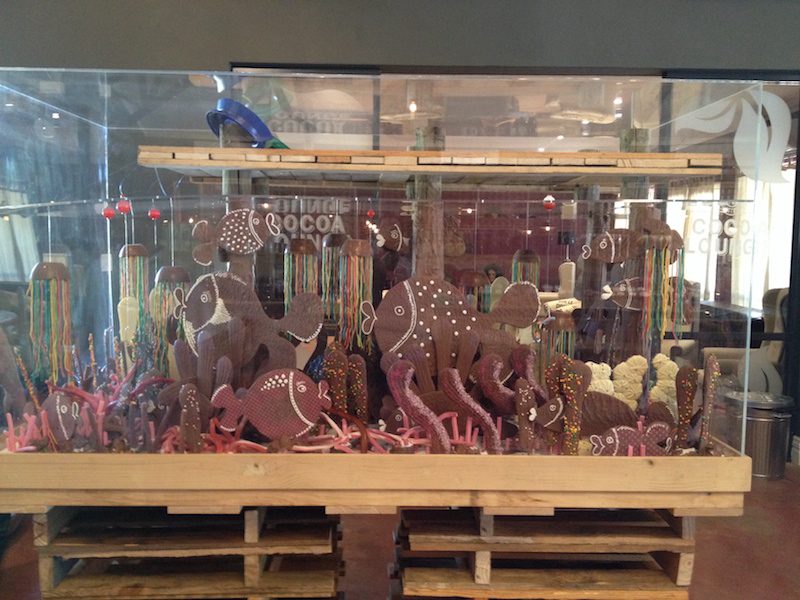 Our first stop was Whistlers Chocolate factory (only one guess as to why we stopped here and it wasn’t because of the name!). As you walk through the doors a very strong aroma of chocolate draws you further and further into the shop. There were rows and rows of different delights wrapped in chocolate, along with some Easter goodies and a large fish tank with everything in the tank made out of chocolate… We decided to come back later in the day and buy a few things as it was 38 degrees (Celsius) outside and the chocolate would undoubtedly melt into a puddle by the end of the day.

We continued to drive along, passing wineries and breweries and coming to a stop at “The House of Honey & Sticky Spoon cafe”. I’m not usually a fan of sweet treats but Pete is, so I thought he might like some honey tasting. We walked in to the shop, which felt like a “honey bomb” had gone off, absolute everything was honey flavoured or honey/bee related. They offered approx 15-20 types of honey’ to try, each with an explanation of what to expect from the honey, if it would be sweet or have more of a “barky taste”. All of the honeys were surprisingly different flavours. There was a lot of information about honey bees and beekeepers and even a glass bee hive in the shop, showing the worker bees making honey and the lazy drone bees eating all the honey! We purchased a few tubs of honey and headed back onto the road. 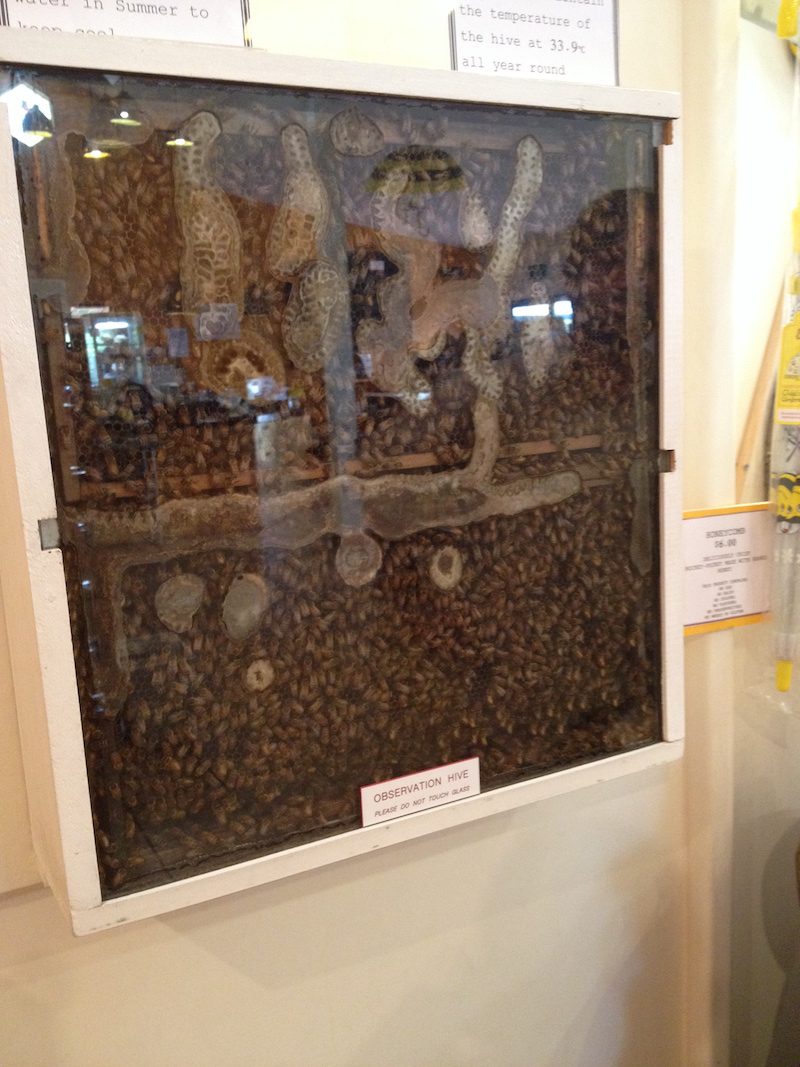 Our next stop was “Edgecombe Brothers”. I am so glad we stopped here! From the moment we walked into the Cellar door, the staff were extremely friendly and welcoming, one gentleman stopped and had a chat to us about where we were from, when we said we were from Adelaide he was thrilled and went on to tell us about an old church just down the road that was foundered by an Adelaide Bishop.. more on that later…

The Gentleman seated us at one side of the bar across from another wine tasting group and let the “bar tender” know that we were there for a wine tasting. We sat down, paid our $4 fee and the comedy started! The grey hair gentleman poured our first round of tasting and had a bit of a chat with us about Perth and Adelaide and Australia, half way through our second tasting, he came up to us and explained that he was going to be taking his Australian Citizenship test next week and hadn’t had any time to study for it, would we help him, being “True Blue Aussies” we said we would love to help.

The first question was “What is a “bloody little beauty”??”, all of the Aussies in the room laughed hysterically and the look of confusion on the man’s face was priceless, the second question was “Have you ever been on the giving or receiving end of a wedgie?” and again all of the Aussies laughed, he went up to the café menu and said “we serve Wedges but this seems to have a different spelling”. He put the Citizen test down and poured a few more drinks and then brought over some cheese and nuts for us to snack on. Once we were all satisfied with our snacks and wine, he asks us another Citizenship question “Macca, Chooka and Wanger are driving to Surfers in their Torago. If they are travelling at 100 km/h while listening to Barnsey, Farnsey and Acca Dacca, how many slabs will each person on average consume between flashing a brown eye and having a slash?”, The whole room of Aussies (including us!) almost fell off their/our chairs laughing so much, we had tears in our eyes!! After that question we knew it was just a joke quiz but we were very impressed with how entertaining the gentleman was! We had almost finished the tasting; he brought out a fortified Shiraz (which we learned were no longer allowed to be called “port” as it was not made in Portugal – similar to the Champagne and sparkling wine saga!). He poured the wine while explaining that this particular wine goes very well over ice cream, he disappeared and returned with 2 small plates of ice cream, placing 1 at each group and then poured some of the wine over the ice cream and encouraged us to try it, he was right! It went very well!

Needless to say we ended up buying a few bottles of wine but not as many as we would have if we lived in Perth, the wine was really nice but the service was fantastic, this will be a story I remember for a long time.

We hopped into the car and drove down the road to the old church that the staff member at Edgecombe Brothers told us about; he said that you could see the Swan river from the church and it was an amazing view! The Church itself wasn’t anything spectacular but the cemetery next to it was very interesting, we wandered through it to get to the path that would take us to see the incredible Swan River…… When we got to the viewing platform, it was pretty disappointing, the almighty, amazing Swan River was a little trickling stream! 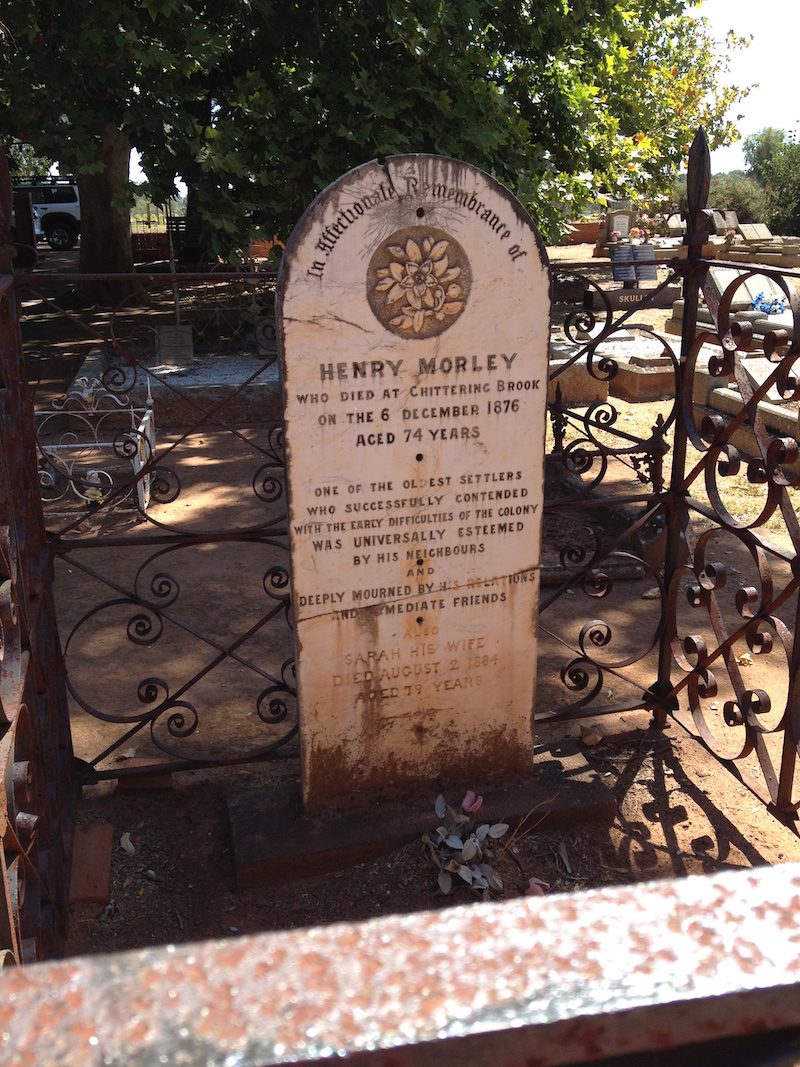 We were surprisingly starving after our wine tasting (and snacks) so we decided to head to a restaurant close by to grab some lunch, we stopped off at “Black Swan” (seriously Perth what is your obsession with Swans!) however we left shortly after as we felt like a simple lunch and the Black Swan is more “gourmet”. We headed back to “Duckstein” as I have a terrible obsession with German sausages!  We arrived at Duckstein Brewery, sat outside and ordered a starter to share and 3 mains; 2 x Sausage sandwiches and an order of Bruschetta. We sat in the shade but we sat their sweltering!, it seemed to be the hottest part of the day. Our food came out a short time later and WOW, the word “sandwich” was not quite right, 1 sandwich could have easily fed the whole table of 3! It was a large roll, with maybe 2 or 3 cut up sausages with a lot of sauce, I managed to get ¾ of the way through my “sandwich” before refusing to east anymore, I had the “eating sweats” or maybe I was sweaty because it was SUPER hot! (Not like chili hot, like temperature hot!). 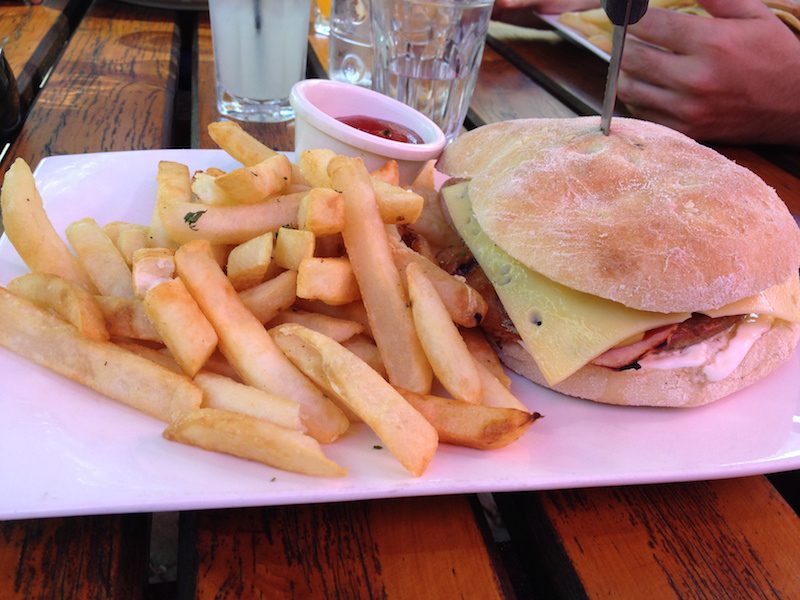 We paid and headed back on the road, I sat in the front seat praying that my tummy would stop being so full soon!!! My brother in law suggested stopping at the “Ugly Duckling” winery which I had gone on about all day (as it had an “interesting name”) but I couldn’t bring myself to think about wine after such a massive meal! We drove around for a little while longer and ended up stopping at the Sandalford winery. 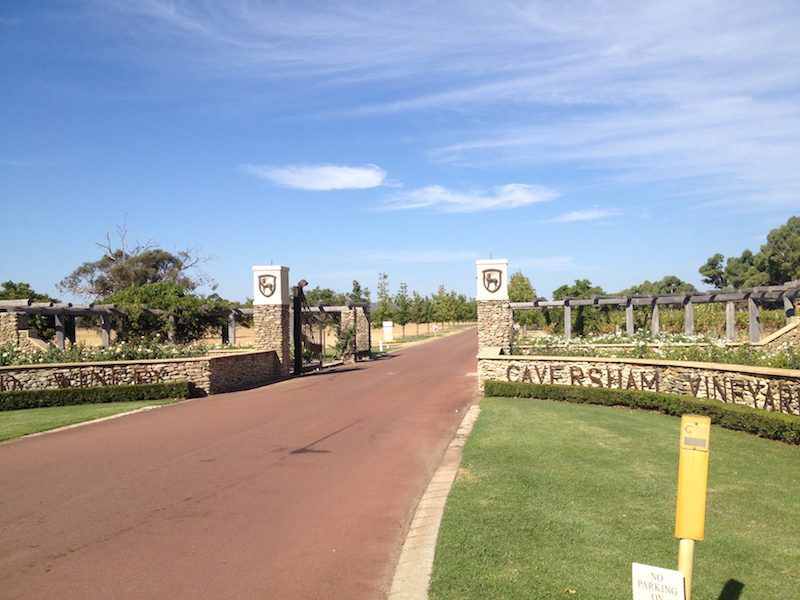 The grounds of Sandalford were stunning! It reminded me of the grounds of European mansions (I have seen in pictures). This wine tasting wasn’t as impressive or comedic as the previous one but the wine was nice enough.

We had a hankering for something sweet but didn’t have room for dessert after lunch so we headed back up the road to the Margaret River Chocolate Co, it blew Whistler’s Chocolate factory out of the water with several table pyramids of chocolate as far as the eye could see! There were also 3 large bowls of different types of chocolates (White, Milk and Dark) to try; we bought a few blocked and headed back to Whistler’s as they were a little more reasonably priced. We purchased a few more chocolaty items from Whistlers and stopped by their café to have an ice cream to cool off a little. By the end of the day we were pretty tuckered out and headed back home.