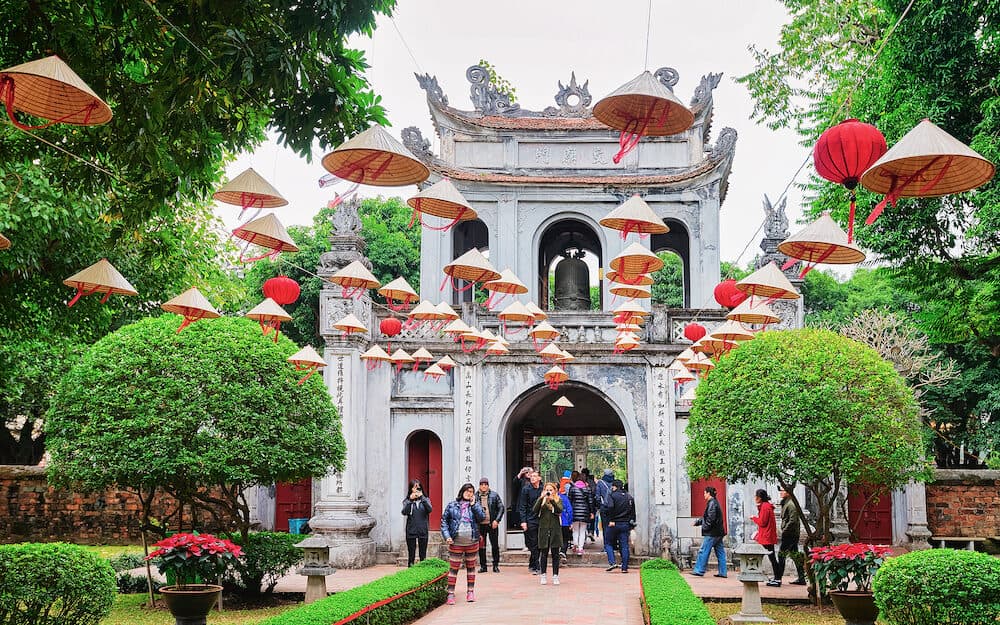 Planning your first trip to Hanoi? It is extremely important to know the areas that best suited for you for a fabulous, hassle-free holiday in Hanoi, the capital of Vietnam. Hanoi is a charming city and is extremely easy to explore if you are willing to skiddle through the traffic here. People here are ever so welcoming and warm, that its easy to forget that you are in a different country.

Dotted with amazing French inspired architecture, beautiful lakes and tranquil Buddhist pagodas among others, the pictures taken in this city can adhere to that. With several districts segregating the city it makes life easier for travellers. Each district of Hanoi has its own flavour and way of offering experiences ranging from dining, shopping, nightlife, etc to accommodations that suits all types of budget.

Plan your trip to Vietnam

Unsure about travelling during COVID? Check out the COVID travel requirements and restrictions for Vietnam.

Need data for your trip to Vietnam? We use Tep Wireless which offers unlimited data for $8 per day. Travelling King readers can get 10% off using the discount code TRAVELLINGKING on check out.

Hoan Kiem- Where to stay in Hanoi for first timers

Hoan Kiem is Hanoi’s commercial centre, that houses prominent attractions such as National Museum of Vietnamese History, Hanoi Opera House, and Ngoc Son Temple are easily accessible on foot. The famous Hoan Kiem Lake provides a scenic view and walk alongside all the while a steady cool breeze to keeps the heat at bay.

Being the prominent commercial centre the traffic in the area can be quite cumbersome as nearly half a million two-wheelers (motor bikes) ply on these roads everyday. Set North of Hoan Kiem Lake is Hanoi Old Quarter that houses charming colonial architecture, art galleries, boutique shops, street markets, and Buddhist temples. Old Quarter is very well known for being the backpackers’ hot-spot in Hanoi and is filled with hostels and various accommodation options.

The streets are packed with tiny shops and vendors selling anything edible from fresh fruits to authentic Vietnamese food. Mind you, this area can get very crowded and noisy at times. The Saturday night market here is a spectacle in itself wherein all the stores close down and the street vendors and performers take the center stage. With hip and funky bars offering amazing deals on drinks, the street food vendors delights the revelers and visitors with lip smacking food along with some amazing shopping opportunities as well. We have provided a list of best place to stay in Hanoi old quarter.

Hanoi French Quarter is on the south of Hoan Kiem Lake houses most of Hanoi’s luxury hotels, government offices, embassies, financial institutions and upmarket shopping malls. Some high-end restaurants and designer bars can also be found in the French Quarter in Hanoi. A popular place among ex-pats, the area is quiet and on the down-low compared to the Old Quarter. 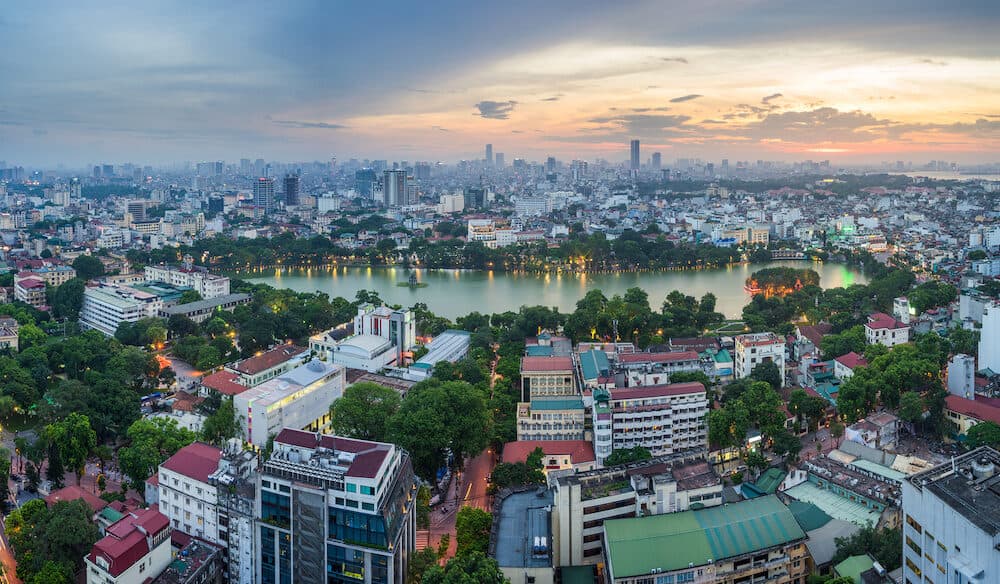 Hanoi West Lake or Tay Ho as its locally known mostly caters to visitors looking to enjoy a relaxing retreat in Hanoi. The area is loaded with a variety of accommodations, lakeside restaurants, cafes and bars. Tay Ho is immensely popular with couples and family holiday makers. Barely half and hour taxi ride from Hanoi’s Old Quarters, Tay Ho also showcases some spectacular Buddhist structures such as Tran Quoc Pagoda and Quan Thanh Temple.

The artistic genius of Vietnamese people can be seen in these structures. The weekend market at Tay Ho is a great place to purchase traditional goods and sample authentic Vietnamese cuisine at dirt cheap prices. A personal recommendation would be to try eating local cuisines at one of the tiny corner shops which are thronged by locals. The community setting for eating at these tiny shops provides an unique perspective into their culture and traditions.

Everything said, Tay Ho does not have a nightlife per say; most of its nightlife revolves around the hotels and its guests. Karaoke bars are here attract a large number of locals as well as visitors for some lively parties and enjoyment. 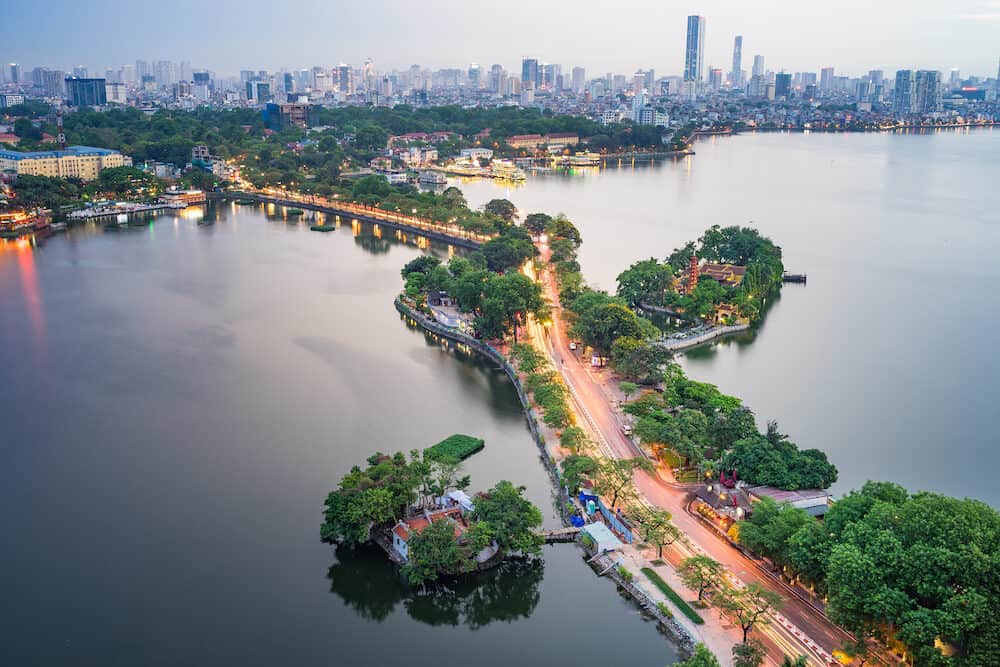 Ba Dinh District – Where to stay in Hanoi for relaxation

A quiet and tranquil neighbourhood in Hanoi, Ba Dinh District is the ideal place for visitors looking to get away from the overcrowded and noisy Hoan Kiem area. The best of Hanoi’s historical monuments and architecture can be found here such as the Presidential Palace, Ho Chi Minh’s Mausoleum, Temple of Literature, One Pillar Pagoda, etc. It is said that Ho Chi Minh himself wanted his mausoleum to be built in Hanoi as he was mesmerized by the beauty and tranquility of this place. Ba Dinh District also has a plethora of wonderful hotels, upscale restaurants and bars with a view of the amazing Hanoi Botanical Gardens.

The area is highly secured as a lot of people from the ministry and its departments reside here, which is the reason that nightlife is mostly restricted to within the premises of hotels, restaurants and bars. Family holiday makers visiting Hanoi, should take up living quarters in Ba Dinh area as its safe and secured while being very active for exploration during the day. Please be aware that during peak hours the traffic situation can get really congested, so it is advisable not to ply on the roads during those times specially with kids around.

There are a lot of places to explore near Hanoi as well such as Halong Bay, Sapa, Ninh Binh, Mai Chau, Ba Vi National Park, etc. 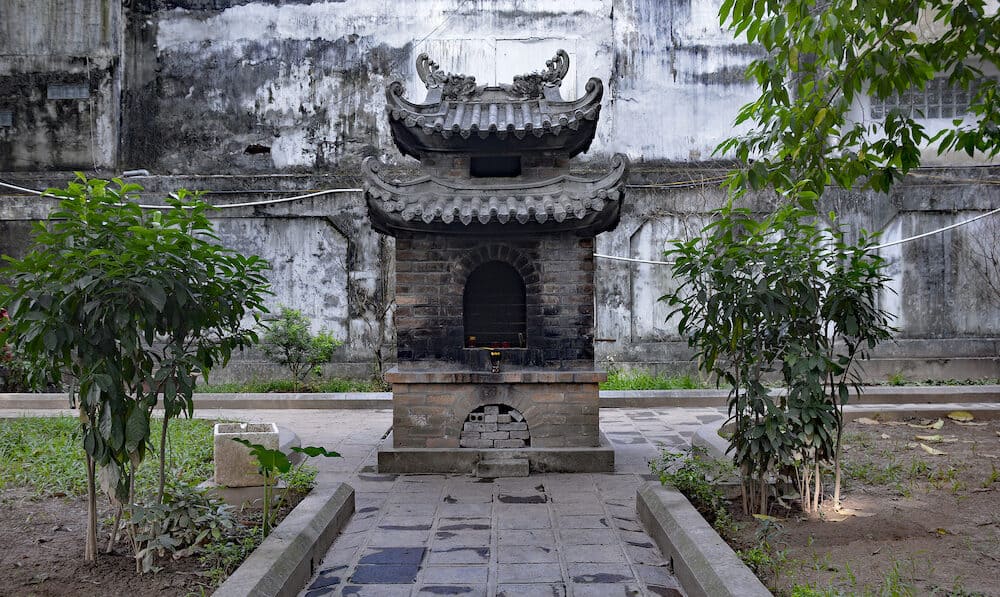 South of Hoan Kiem  and the lake is the district of Hai Ba Trung. Although it is densely populated, you will find fewer budget hotels and tourists in this area. Very little English is spoken here, making it the best place to stay in Hanoi if you want to soak up Vietnamese culture, in an district not far from the city centre. This district is best known for shopping and food options, with excellent street food and Vietnamese restaurants. If you are looking for street food, head to Mai Hac De street, and Nguyen Cong Tru street for restaurants. Clothing shopping is best along Hue and Bach Mai streets. 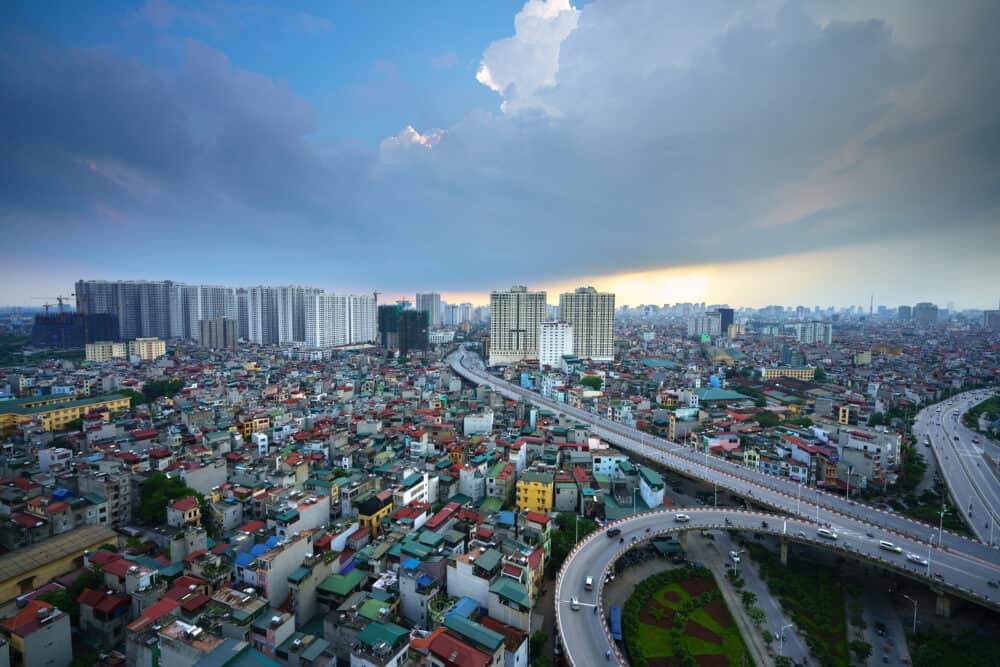 Thanh Xuan – Where to stay in Hanoi on a budget

Just west of Hai Ba Trung, this urban area of Hanoi has some of the best hotels in Hanoi for budget travelers. Several universities in the area give this district a young vibe, and there is an abundance of room rentals and budget hotels to choose from. The heavy studen population also means cheap eats and budget entertainment options nearby. It’s not all budget travelers, though, as the Vincom Mega Mall Royal City Thanh Xuan is a huge luxury shopping and entertainment complex, which includes a skating rink, waterpark, restaurants and beautifully manicured gardens. 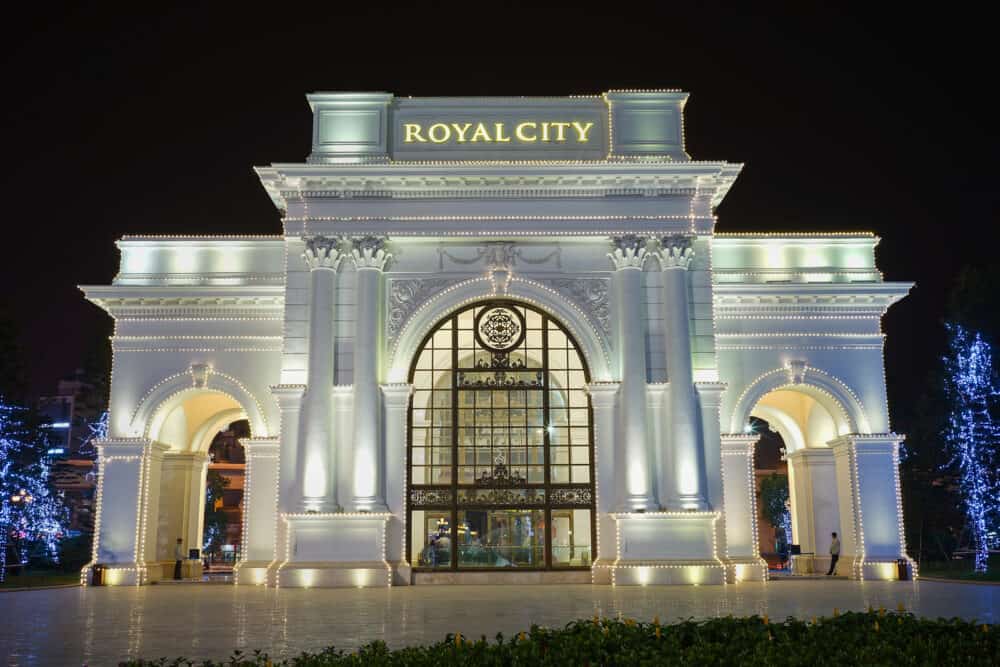 Cầu Giấy – Where to stay in Hanoi for backpackers

Centered on Cầu Giấy park, with its footpaths and the lake, this area is a laidback spot for travelers to Hanoi. The Museum of Ethnology features traditional houses and folk artifacts, while the area is well known for authentic Vietnamese restaurants. Cầu Giấy is considered off the beaten path of Hanoi travel, and may be a good option where to stay in Hanoi for backpackers. However, if you plan to spend a considerable amount of time exploring the tourist side of Hanoi, then you may spend a lot of time and money traveling back and forth to the city centre. Be sure to take this into account if you find a budget hotel in Cầu Giấy and are tempted by the price. 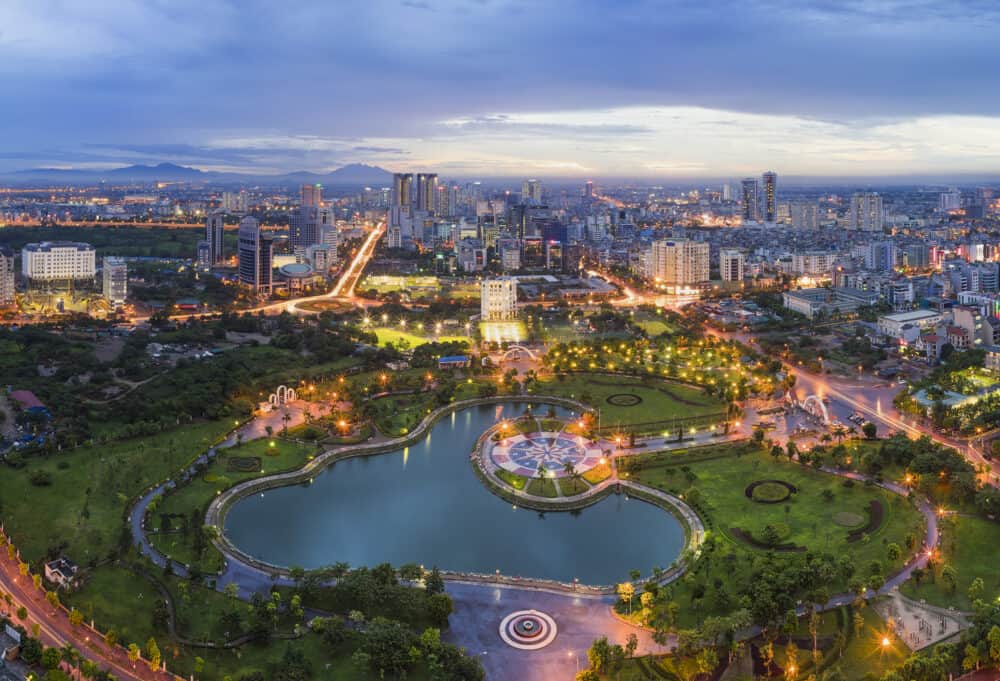 Truc Bach – Where to stay in Hanoi for tourists

One of the oldest suburbs of Hanoi, Truc Bach is the area around Truc Bach Lake, which Americans may know as the lake where John McCain crashed during the Vietnam War, and a memorial stands today to commemorate this. Around the lake, visitors have a plethora of bars and restaurants to choose from. For travelers looking for the best place to stay in Hanoi that is close to the city centre, but a much quieter and calmer environment, consider staying in Truc Bach. 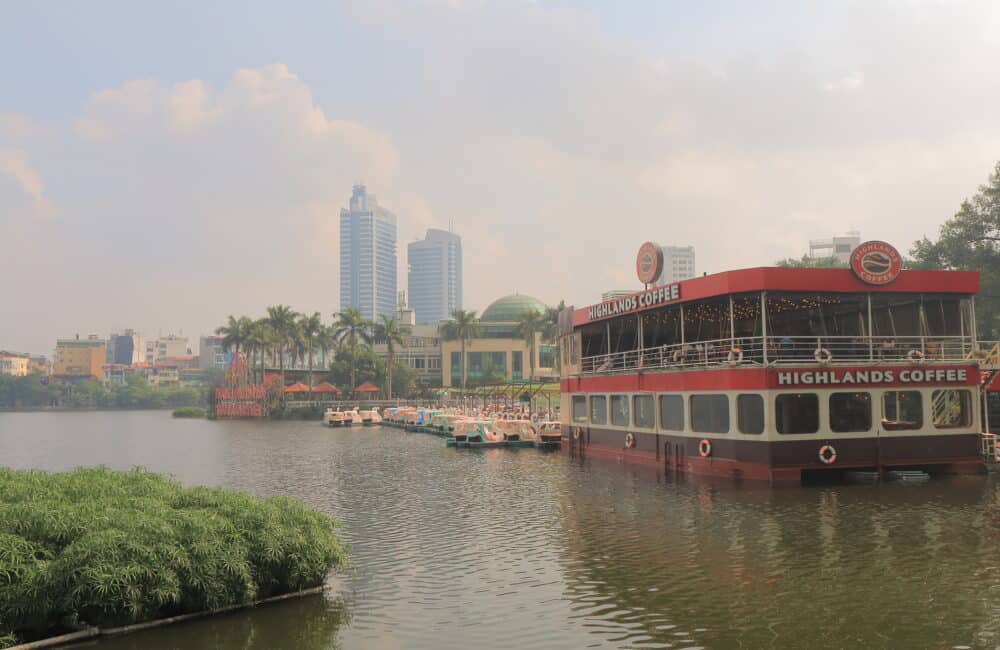 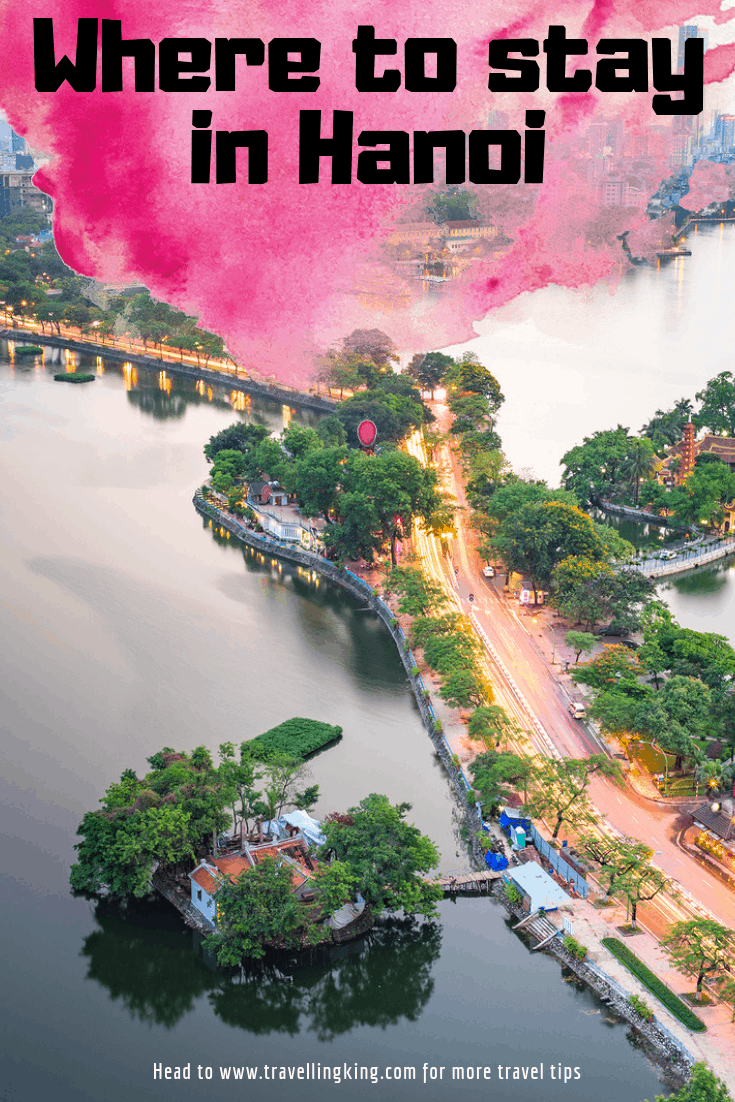 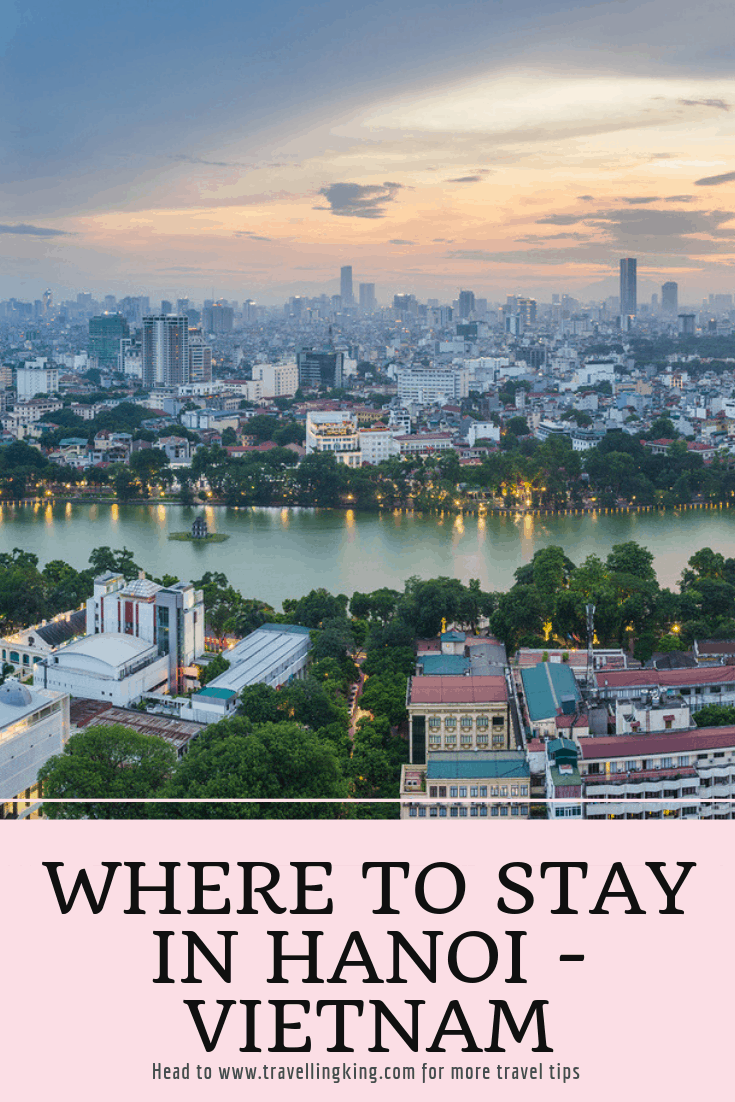 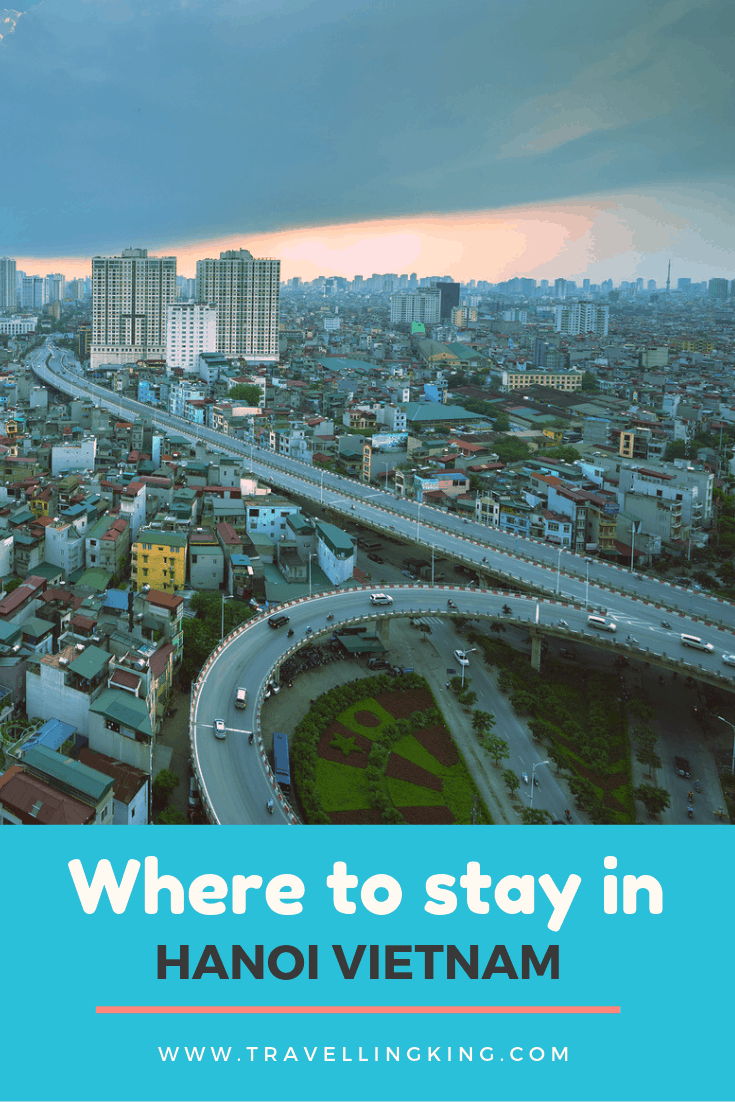 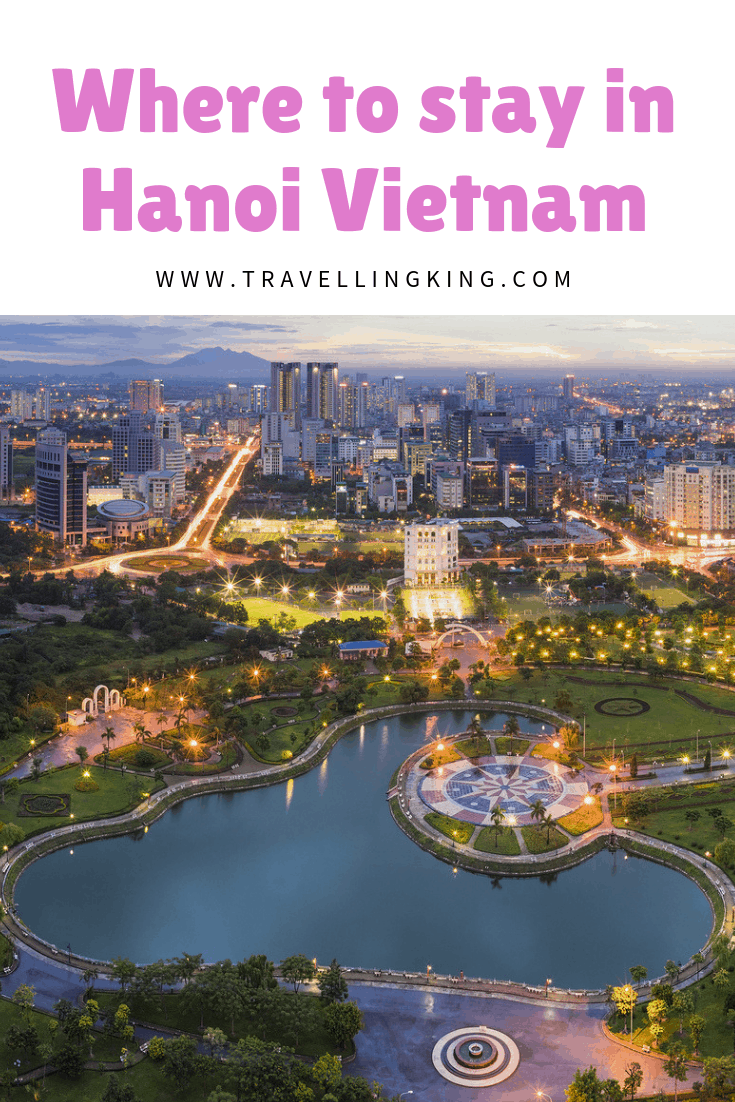 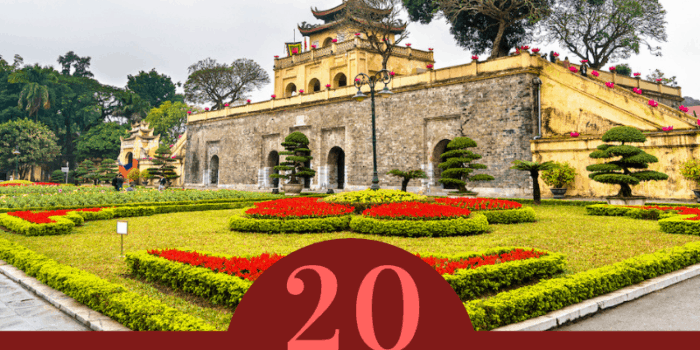 20 Things to do in Hanoi – That People Actually Do! 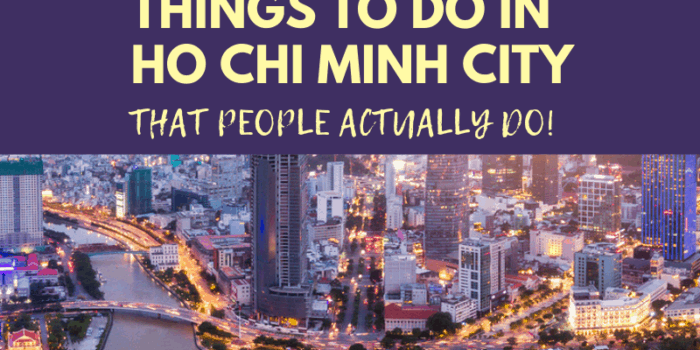 17 Things to do in Ho Chi Minh City – That People Actually Do! 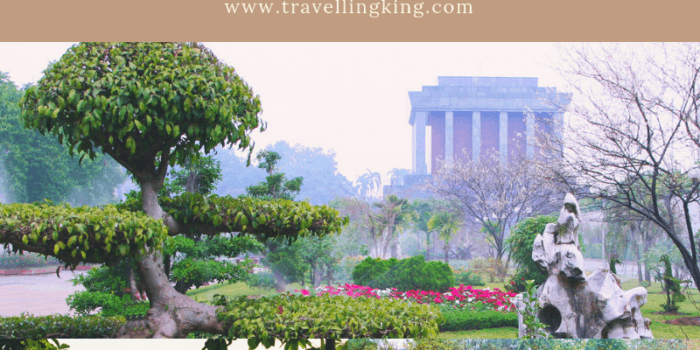 The Ultimate Guide to Hanoi 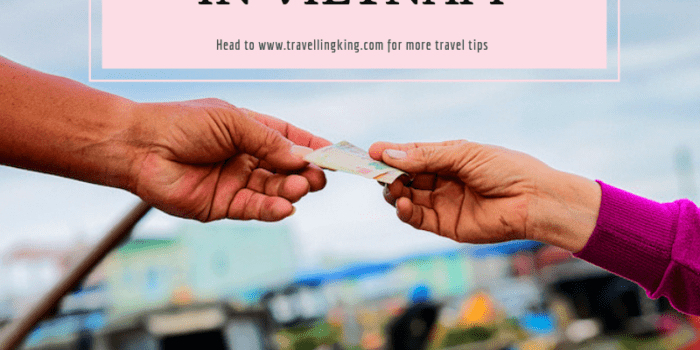 How to haggle in Vietnam