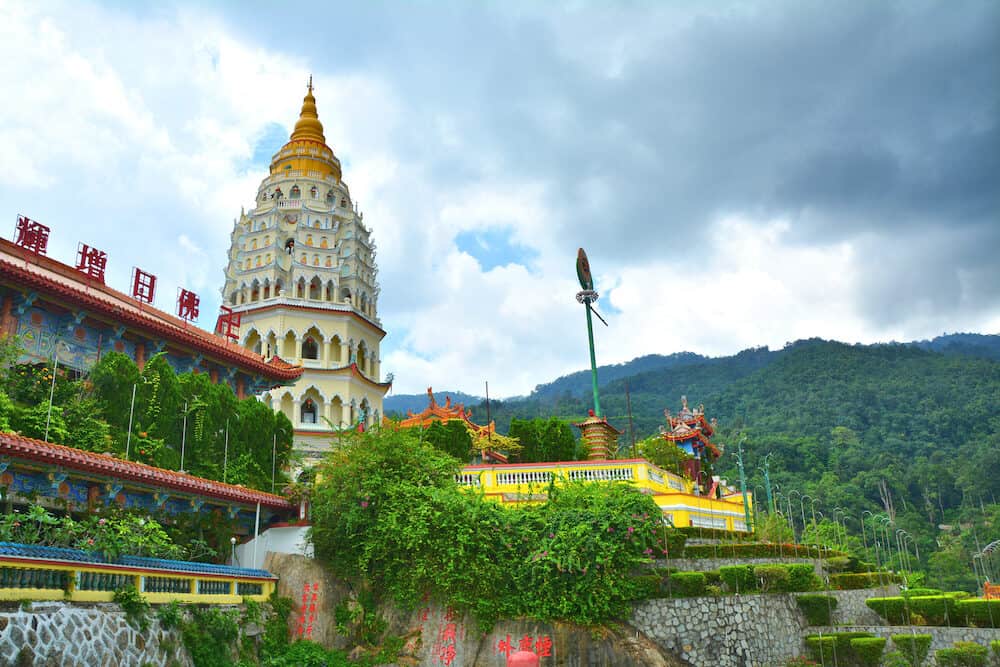 If you’re looking to stay in Penang, you’re in for a treat as this is a world-renowned exotic holiday destination. Located off the Northwestern coast of Peninsular Malaysia, the island-state is divided into two halves: Penang Island, home to the capital city of Georgetown, and Seberang Perai, a strip of mainland Peninsula. Although it cannot compete with other Asian countries such as Vietnam, the Philippines, and Thailand when it comes to beaches. But Penang more than makes up for what it lacks on the coast with its melting pot of culture and stunning natural scenery.

Listed as a UNESCO World Cultural Heritage Site in 2008, it’s no wonder that Penang is quickly developing from a virgin paradise to an idyllic destination explored by many. In the heart of the state, you’ll find the diverse and cosmopolitan George Town, a place that has been frozen in time as old-world Asia, yet has also developed into a bustling urban city over time. As you move away from the city, you’ll then be overwhelmed with palm-fringed beaches, charming fishing villages, mountainous jungle and farms, as well as touches of British colonization and Malay, Chinese, Indian and European influences all over.

With no shortage of cultural sights to see and nature to explore, this can make choosing where to stay in Penang difficult. The good news is, that most areas in this state have something for everyone. To help you make the most of your time in Penang as a first-time visitor, we have put together our best recommendations of where to stay in Penang, which is known as the “food paradise” of Malaysia!

Plan your trip to Malaysia

Need data for your trip to Malaysia? We use Tep Wireless which offers unlimited data for $8 per day. Travelling King readers can get 10% off using the discount code TRAVELLINGKING on check out.

Looking for a particular destination, see below otherwise you can go to Malaysia Travel Guide to view current posts.

George Town – Where to stay in Penang for tourists

Naturally, the capital city has to be one of our top recommendations for areas to stay in while in Penang, but it’s not just because it is the capital, it’s because it’s so amazing spot, that can’t be missed! Named as one of the most interesting and colourful cities in Malaysia, George Town is a hub of activity, economy, history and culture.

Walking down its streets, you will be bombarded with a unique multicultural charm that you won’t find anywhere else. You will be surrounded by British colonial buildings, Chinese shop houses and mosques.

The old historic town of Little India offers a plethora of top-notch street food, street art and coffee shops. Home to historic landmarks, skyscrapers, shops, hotels, hiking paths and panoramic views, this blend of old meets modern is why Penang is becoming a popular place to visit every year. Although Malaysia’s second largest city after Kuala Lumpur, George Town offers laid-back vibes and breathtaking scenery that makes it worthy of its UNESCO status.

Where to stay in Georgetown Penang 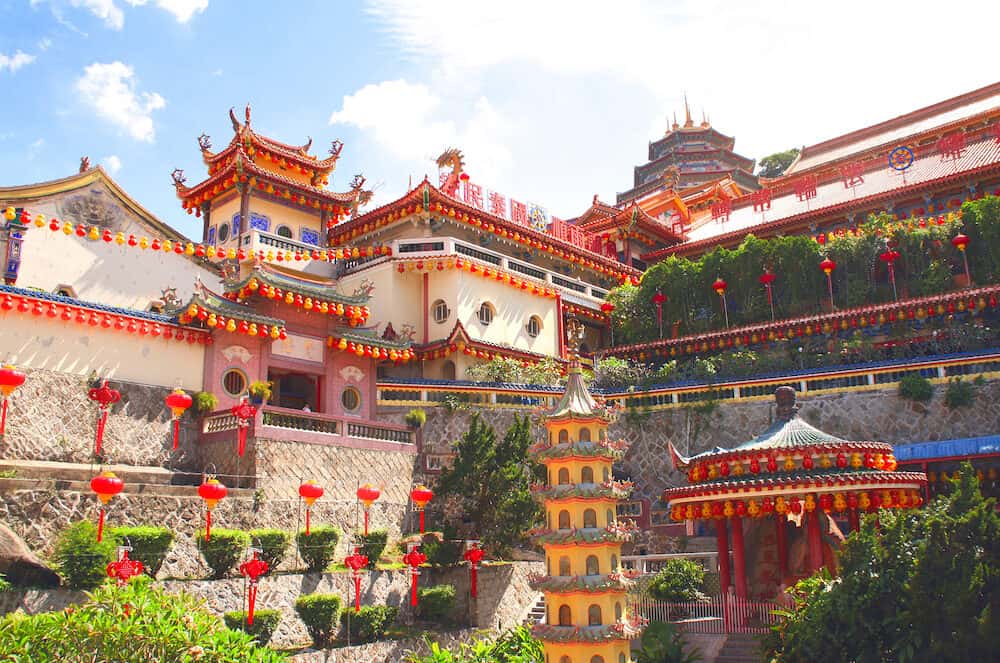 Batu Ferringhi – Best place to stay in Penang with family

Our second spot for recommendations on where to stay in Penang is Batu Ferringhi. It is thought of as the second most popular destination after George Town within Penang.

North of Penang Island, you’ll find Batu Ferringhi, the tourist belt of Penang. This location boasts long stretches of soft, white sandy beaches, a variety of water sports activities that will make any water-enthusiast drool, popular tourist attractions, and perhaps more importantly, the best street food and seafood restaurants that you will find in all of Penang (or so we’ve been told). In our minds, this makes Batu Ferringhi a prime holiday destination.

It’s hardly a surprise that this beach resort area is popular among expats with the most popular thing to do here is visit the legendary seafront night market. 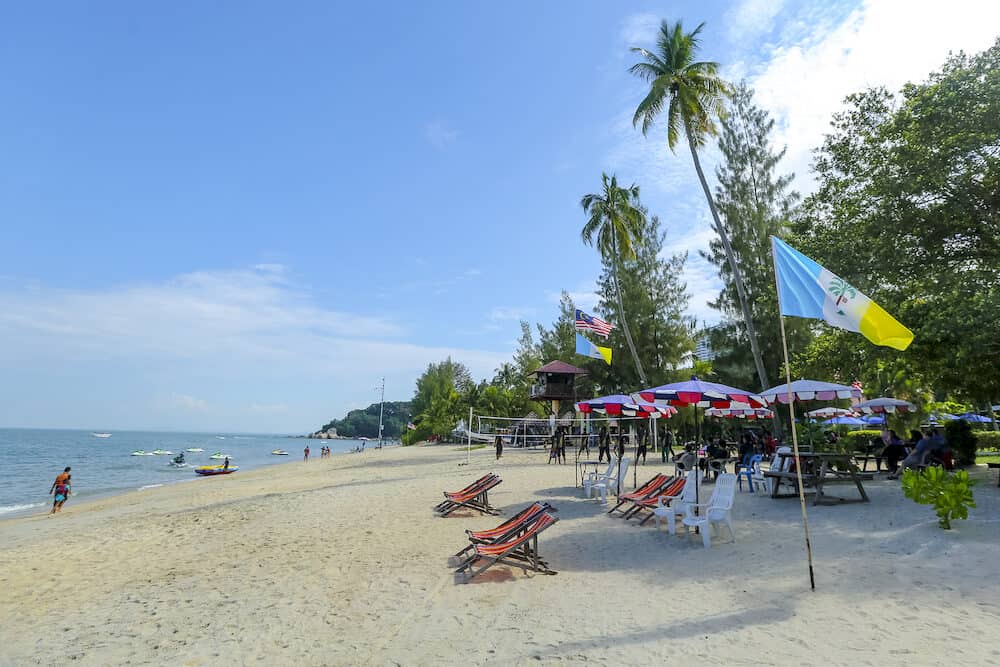 Although only situated 6.5km northwest of the busy George Town, Tanjung Bungah (literally meaning ‘Flower Cape’) is a quaint seaside paradise. Located along the northern coast of Penang Island between Batu Ferringhi and Tanjung Tokong, this suburb is becoming a well-known beach destination with the expat population, which is increasing every year.

Why is Tanjung Bungah such a popular spot? Not only has this suburb retain its original sleepy fishing village charm but it also offers the convenience of modern amenities. You’ll find a decent range of hotels from budget to luxury, which are similarly priced, or more affordable than hotels in Batu Feringghi or George Town.

Known as THE destination for watersports in Penang, Tanjung Bungah also offers spectacular natural landscapes, two major shopping complexes and tourist attractions such as the Penang Toy Museum, so you can be sure that there is something for everybody. 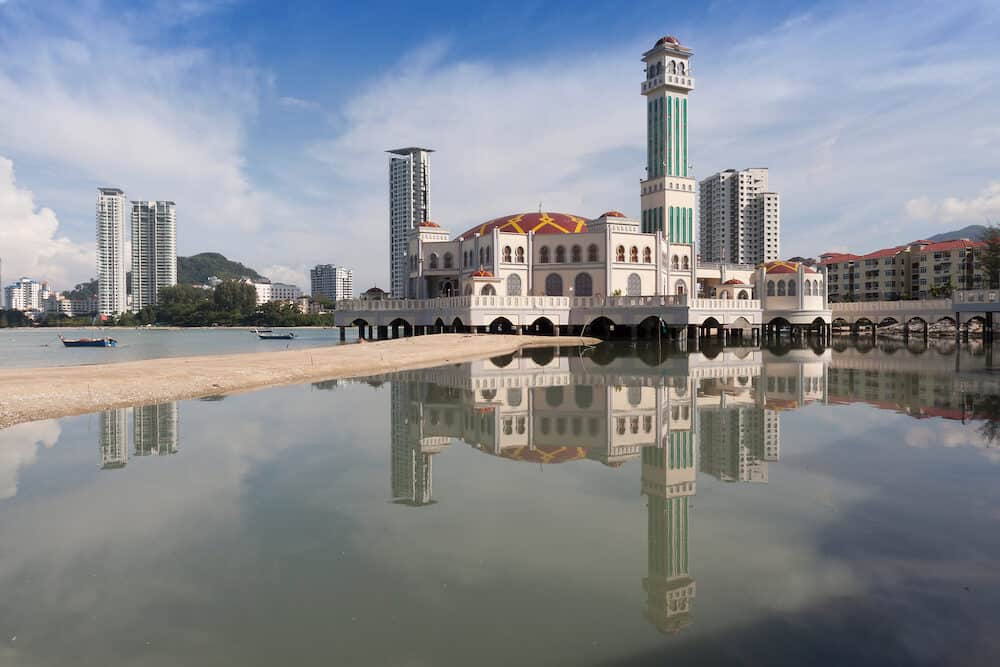 Bayan Lepas – Where to stay in Penang backpackers

If you don’t have the budget to stay in one of the main cities or areas, Bayan Lepas offers the best solution: affordable accommodation whilst maintaining great transport links to the cities.

Situated in the Southwest Penang Island District, Bayan Lepas is connected to George Town via an Expressway which takes approximately half an hour to get to the capital! As well as a great location, the area also has its own charms and attractions.

Established as an agricultural village in the 19th century, you can still see the town’s old-worldly origins seeping through the streets that have become the island’s main industrial hub today. Nowadays though, people tend to flock here for more than just the charm of the town, as it is also home to the Penang international airport, Penang’s biggest shopping mall, and popular sites such as the Snake Temple and Penang War Museum. 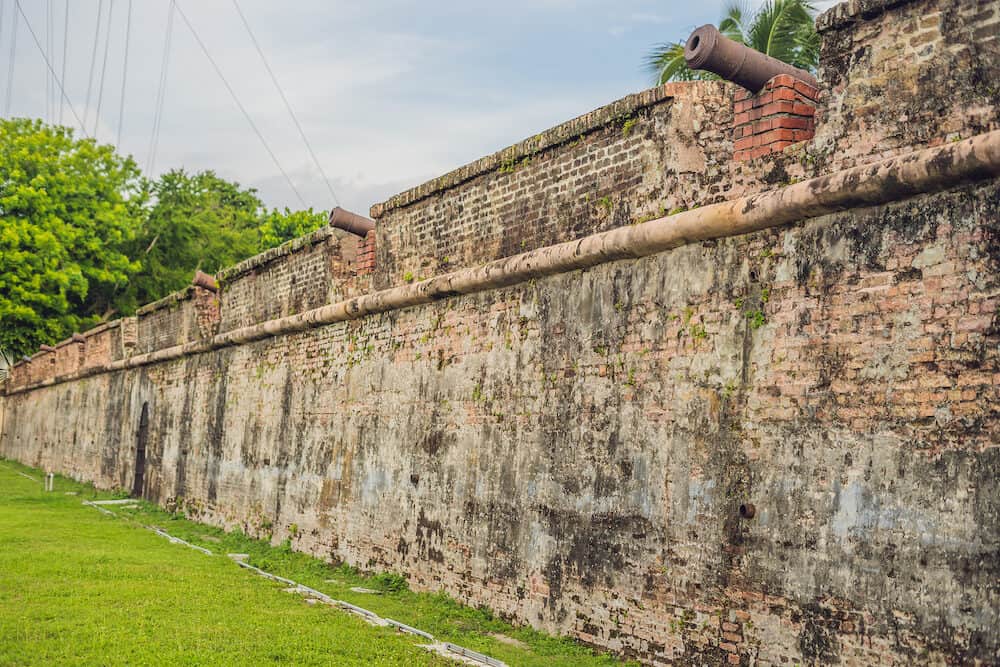 Seberang Perai – Best place to stay in Penang for couple

Also known as Province Wellesley by the British, Seberang Perai is the strip of mainland that makes up one half of Penang. Originally a sleepy cowboy town, Seberang Perai has come a long way since then, developing into the industrial area it is today.

Made up of smaller towns such as Bukit Mertajam, Seberang Jaya, Sungai Puyu and Prai, you can see many different styles of town and way of living in this one province. The main action, however, takes place in the biggest town of Butterworth. Drawing people in with its fantastic local food, Butterworth also offers intriguing tourist attractions such as the Temple of the “Ninth Emperor God” and the Penang Bird Park where you can see over 300 different species of birds originating from all over South-East Asia. 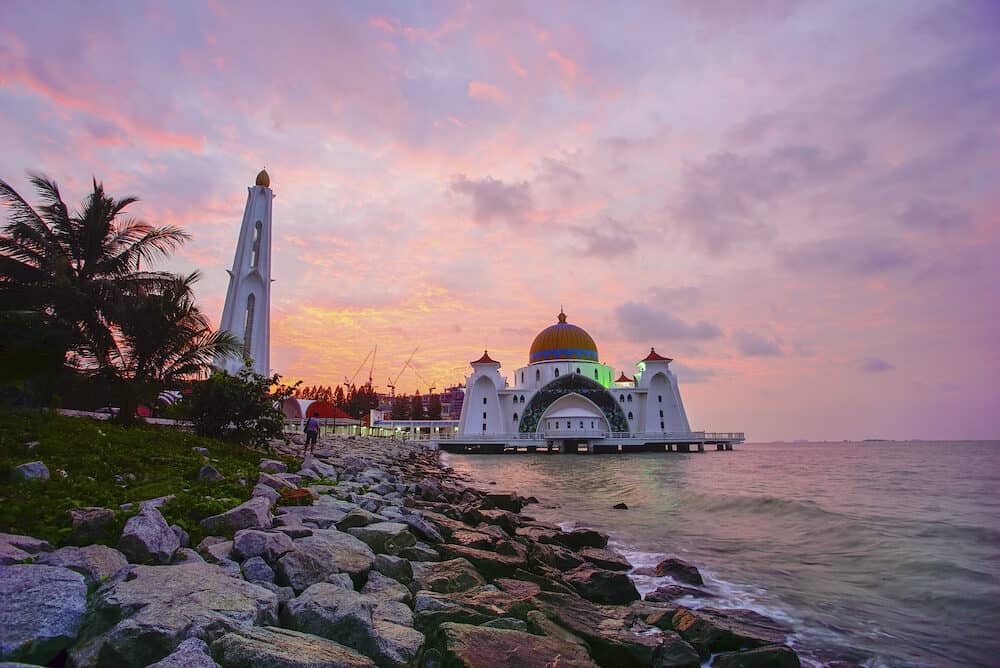 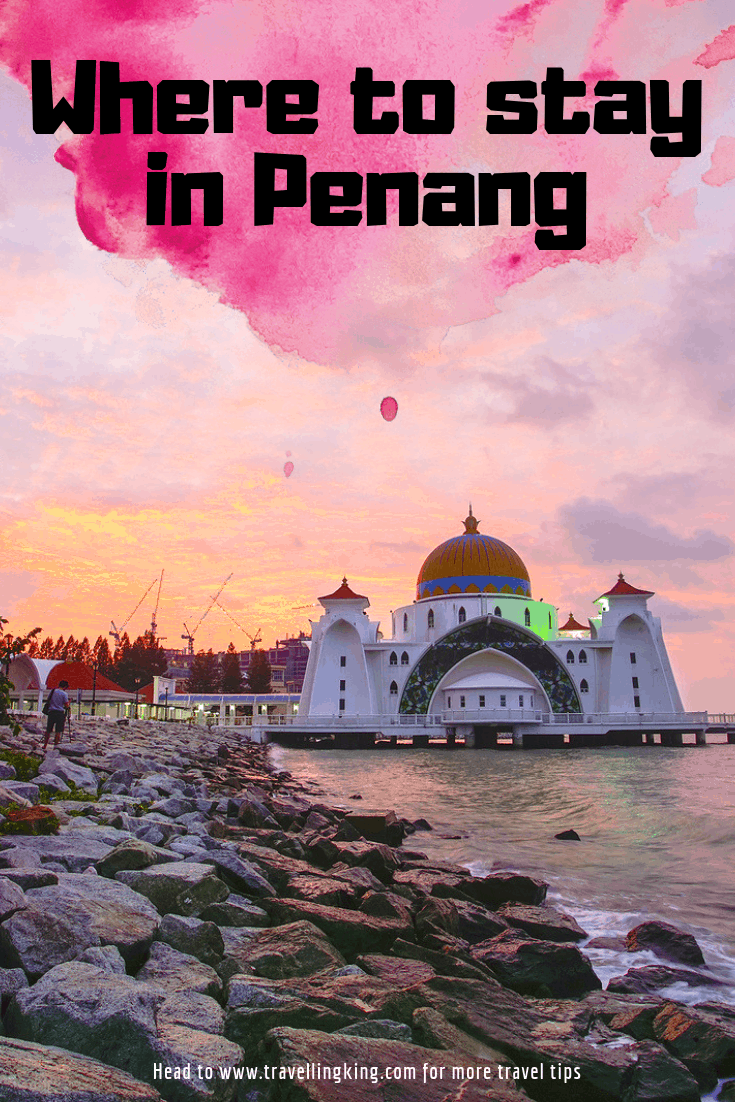 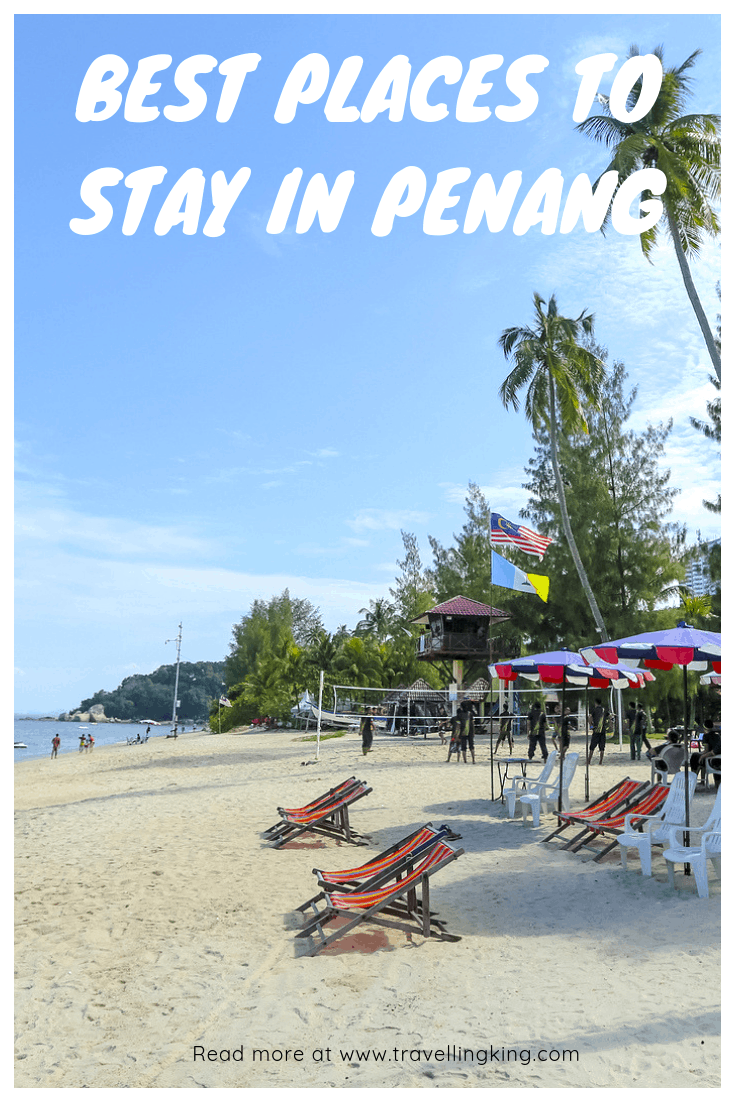 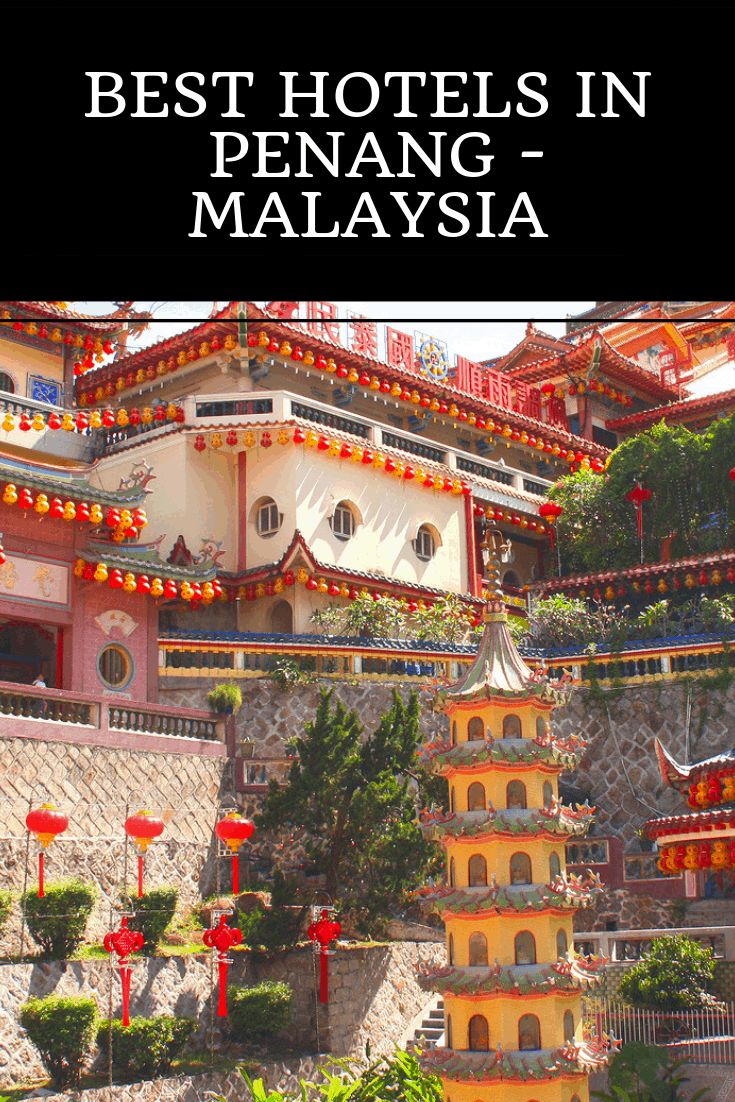 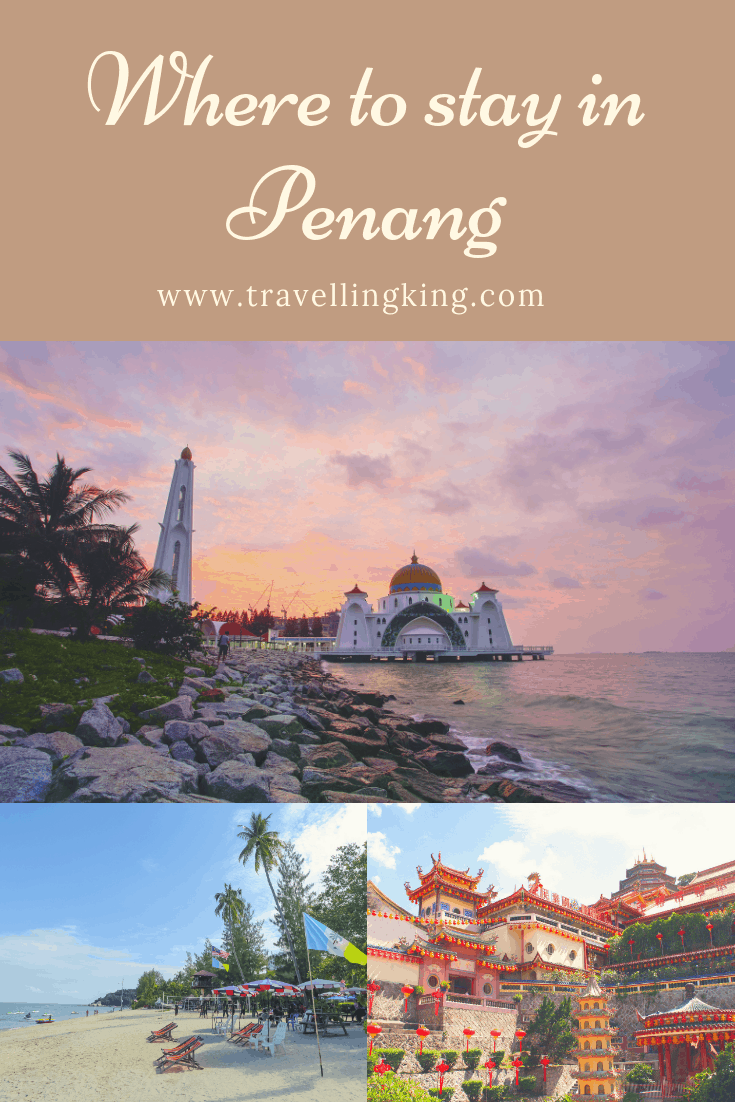 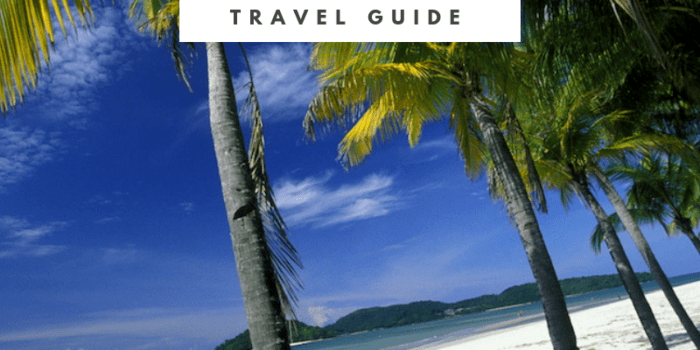 Where to stay in Langkawi 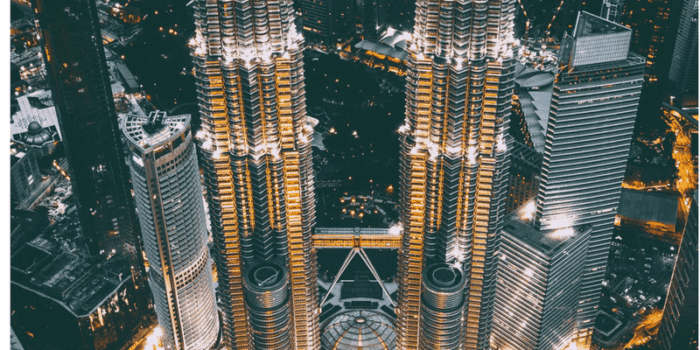 Where to stay in Kuala Lumpur 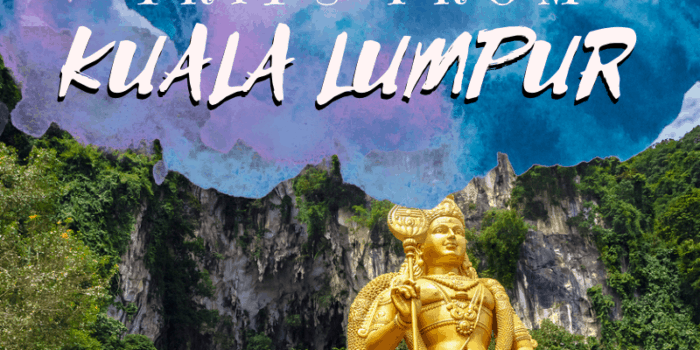 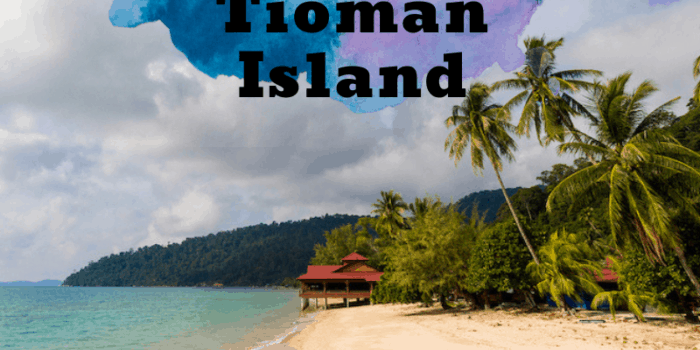 The Ultimate Guide to Tioman Island 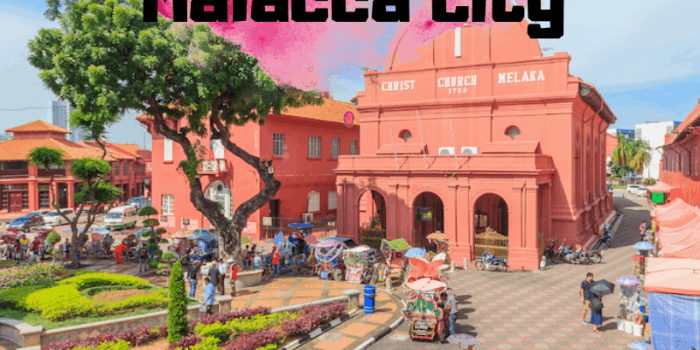 The Ultimate Guide to Malacca City 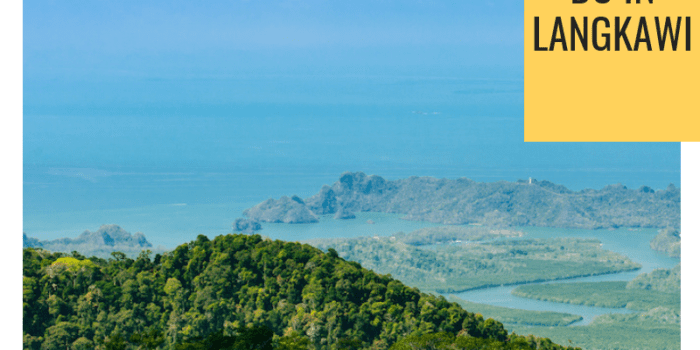 Things to do in Langkawi