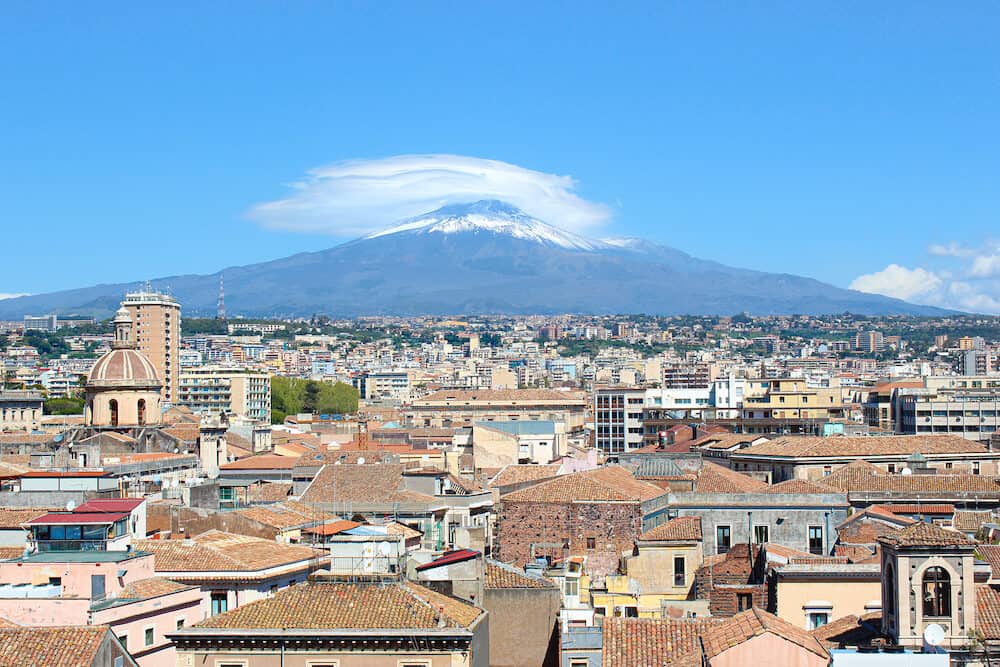 A trip to Sicily should always include a stay in Catania Sicily, the second-largest city on the island. Between history, scenery and amazing Sicilian food, you’re going to need at least a few days in Catania.

That’s why we’ve put together this guide to Catania accommodation; to help you find the best places to stay in Catania and the best Catania hotels for every budget. With nearly 60 Catania neighborhoods to choose from, we’ve narrowed down the best ones so you can decide where to stay in the Catania area.

Need data for your trip to Italy? We use Tep Wireless which offers unlimited data for $8 per day. Travelling King readers can get 10% off using the discount code TRAVELLINGKING on check out.

Catania Centro – Where to stay in Catania for first timers

Catania’s city center, or Centro, is the best area for tourists who only have a short time to spend in Catania. Only 20 minutes from Catania airport, the historic centre has the most attractions, including Piazza Stesicoro and Piazza Duomo. Each of these popular squares has magnificent fountains and is surrounded by beautiful architecture.

It’s also a great place to relax at a sidewalk cafe and soak in the Sicilian atmosphere of locals and tourists going about their day. Being in walking distance of the major sights makes this a good family-friendly neighborhood and the largest concentration of hotels in Catania Sicily Italy are in and around the Centro area, including budget-friendly hostels and B&Bs.

Where to Stay in Catania Centro 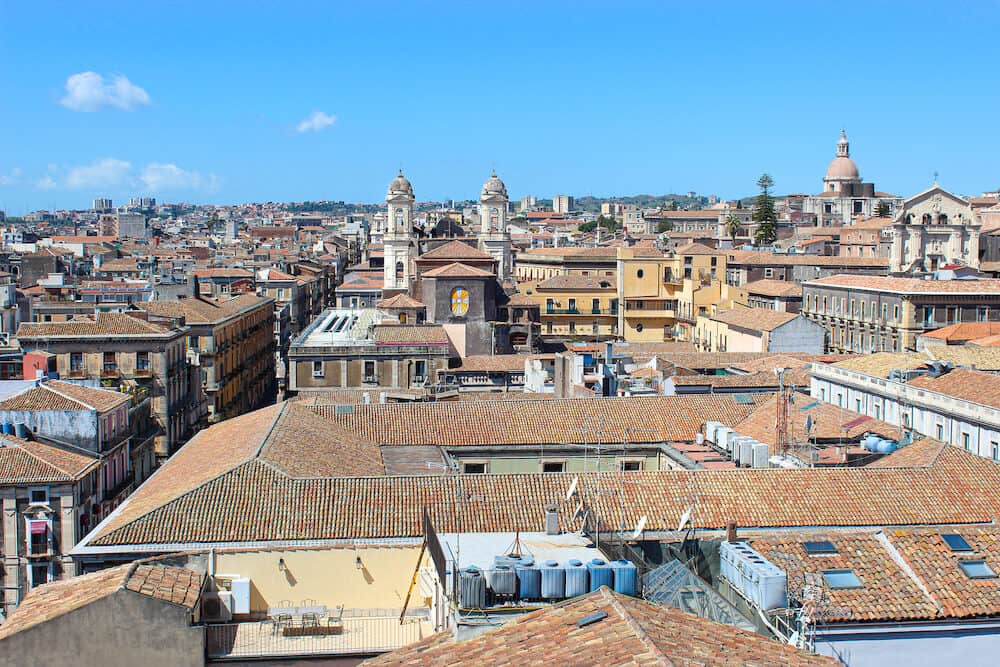 Via Etnea – Where to stay in Catania for tourists

Stretching out from the city center is the shopping street of Via Etnea. Catania is known for fresh seafood, and Via Etnea is home to some of the best restaurants of Catania. The nearby streets are lined with historic homes and buildings and plenty of shopping for those interested in taking home a souvenir or two.

This neighborhood is close to the best attractions of Catania and has a wide selection of Catania hotels to choose from. Luxury travelers and foodies wondering where to stay in Catania will be very pleased with the Via Etnea neighborhood.

Where to Stay in Via Etnea 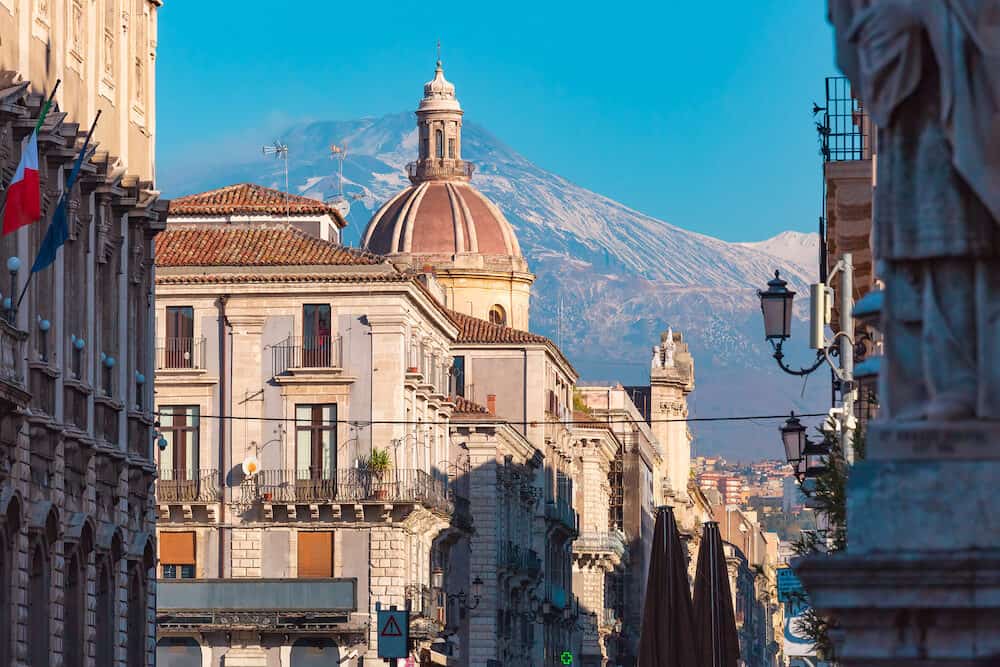 Via Crociferi – Where to stay in Catania with family

Architecture fans will love strolling along Via Crociferi, which has four baroque churches of beautiful design and detail. This is a quiet area just off the city center, making it a perfect choice of Catania accommodation for those seeking a family-friendly neighborhood in close proximity to the historic centre of Catania.

The beautiful San Benedetto Arch is also in this Catania neighborhood. Even if you decide to stay elsewhere in Catania, make sure you visit this neighborhood to take in the architecture.

Where to Stay in Via Crociferi 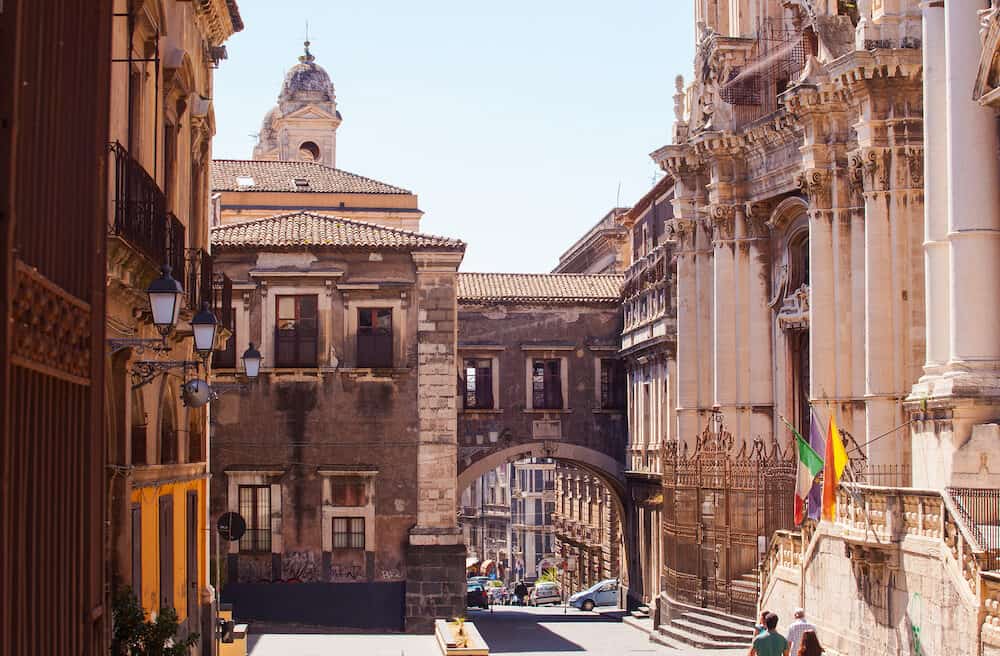 Aci Castello – Where to stay in Catania for relaxation

The seaside village of Aci Castello is one of the best places to stay near Catania Sicily. Only ten minutes north of Catania, the village is marked by an 11th-century Norman castle that looms over the coastline.

Staying in Aci Castello offers a quiet alternative to staying in the busy city of Catania, and frequent bus service to the city means you don’t have to miss out on any of the Catania attractions you want to see. Do note that many Catanians head to Aci Castello for their own holiday and with limited accommodations, you’ll need to plan ahead and make your reservations soon!

Where to Stay in Aci Castello 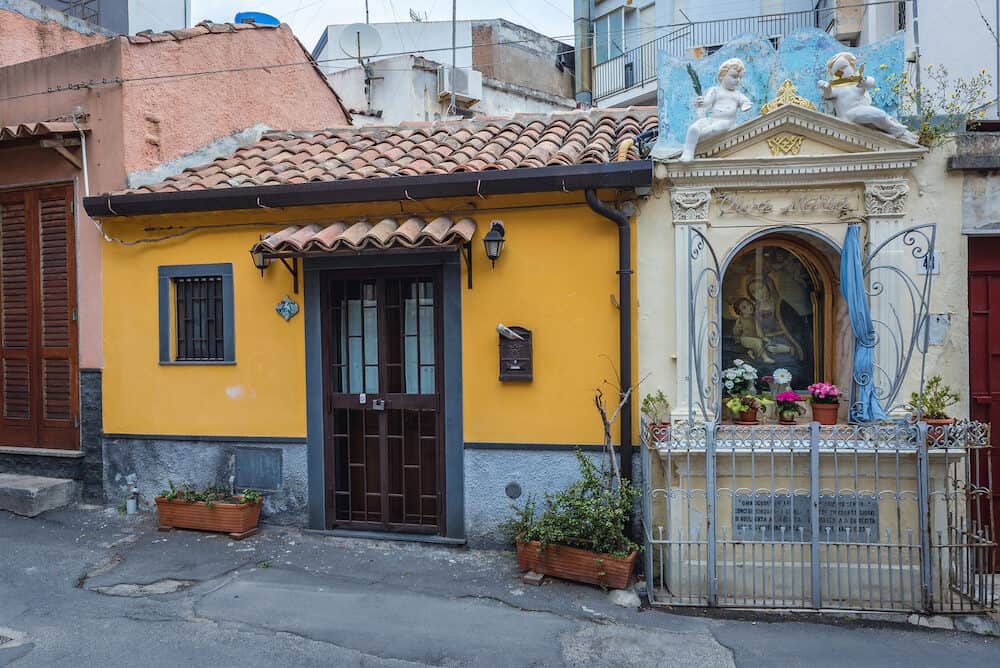 Acireale – Where to stay near Catania for foodies

Just a few kilometers up the coast from Aci Costello is the baroque seaside town of Acireale. Seated at the foot of Mount Etna, the town offers amazing views in every direction. Whether you prefer the mountains or the sea, this is one of the best places to stay near Catania Sicily. At most times of the year, this is a sleepy town where you can soak in the Sicilian atmosphere and enjoy a quiet getaway amongst quaint piazzas and cobblestone streets.

Come late winter, however, Acireale is home to the largest Carnival celebration in Sicily. This family-friendly event in February/March has multiple celebrations featuring the best food and wine, plus parades and parties. It’s an exciting time to visit, but you do need to plan ahead if you want to visit Acireale during Carnival.

Where to Stay in Acireale 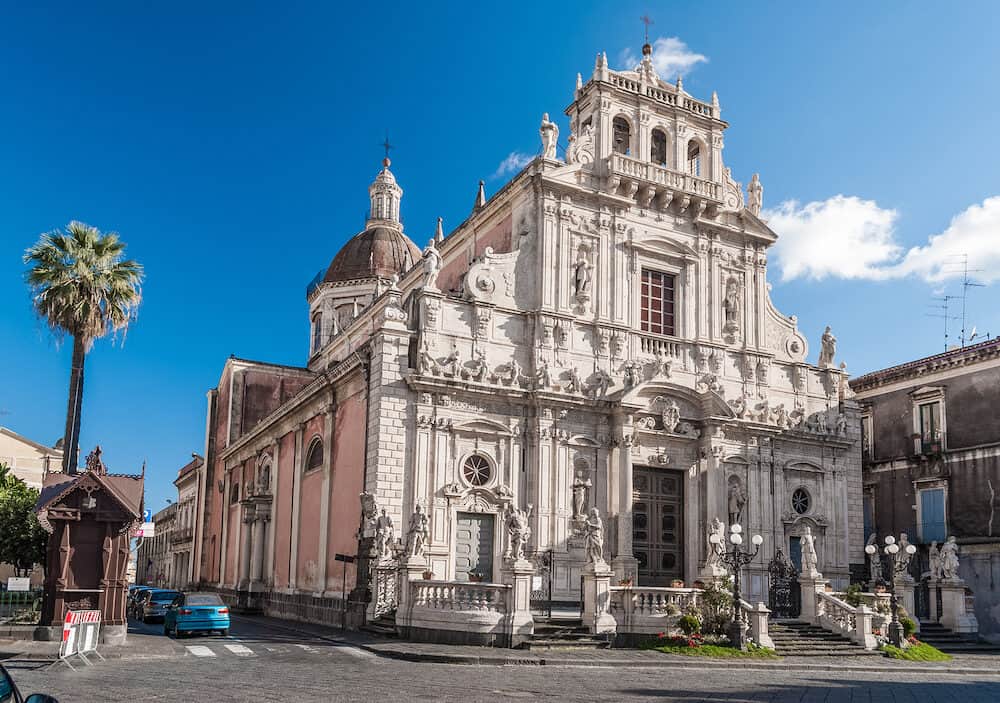 Nicolosi – Where to stay near Catania for outdoor lovers

Heading inland from Catania, Nicolosi is the gateway to Mount Etna and the hub for outdoor adventure travel in the Catania region. This 14th-century city was founded around a Benedictine monastery and has been subjected to numerous earthquakes and volcanic eruptions.

There’s an excellent museum in town, Museo dell’ Etna, which tells the history of the nearby volcano and how it’s impacted the surrounding region. There’s also an observatory here where you can get a glimpse of the stars, thanks to the dark skies of the Catania province.

Where to Stay in Nicolosi 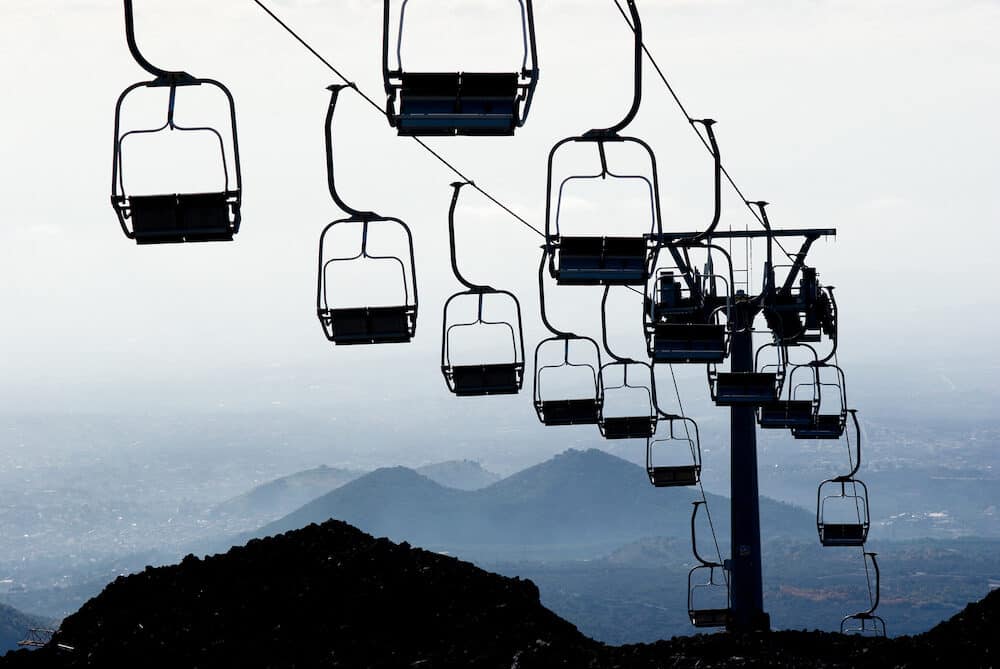 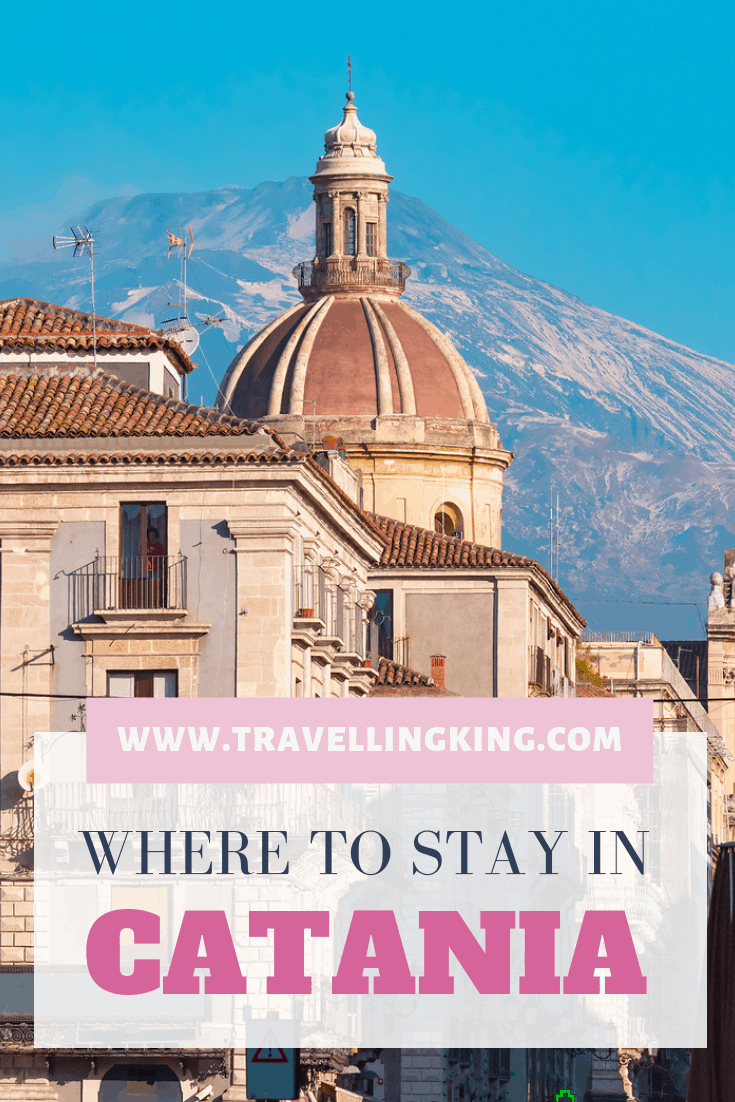 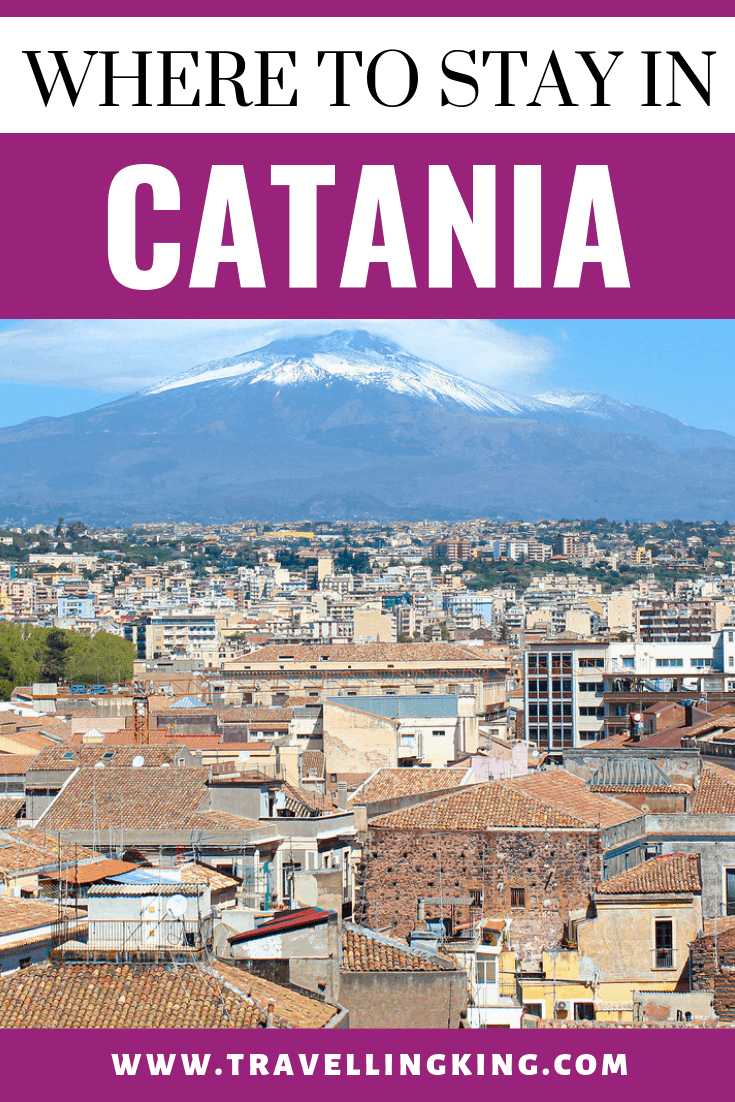 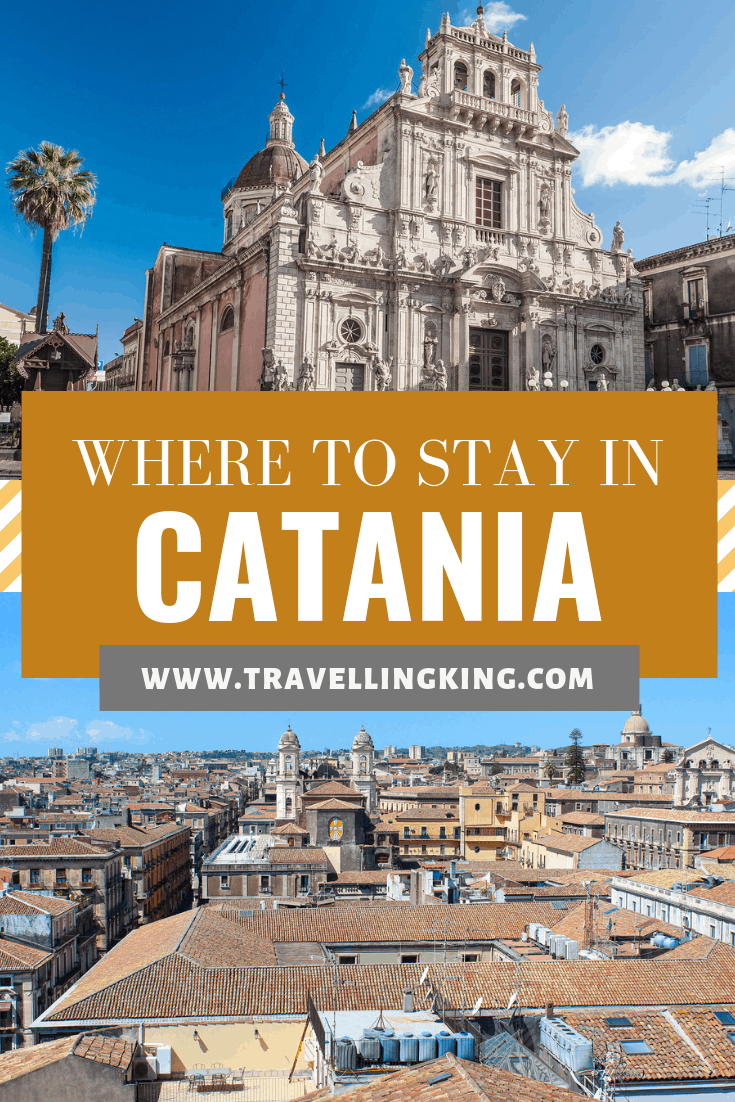 Where to stay in Naples 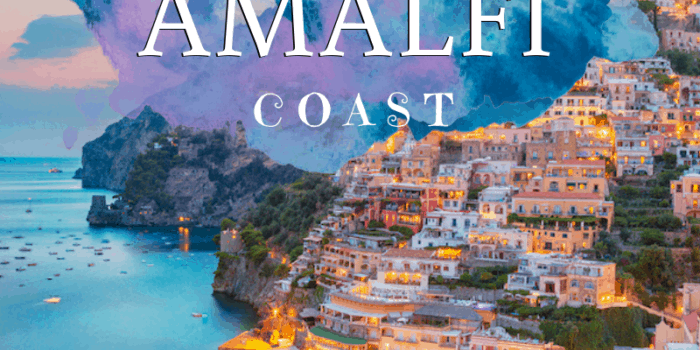 Where to Stay on the Amalfi Coast 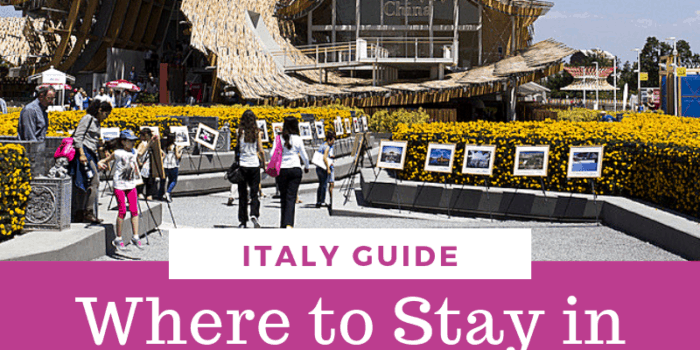 Where to stay in Milan 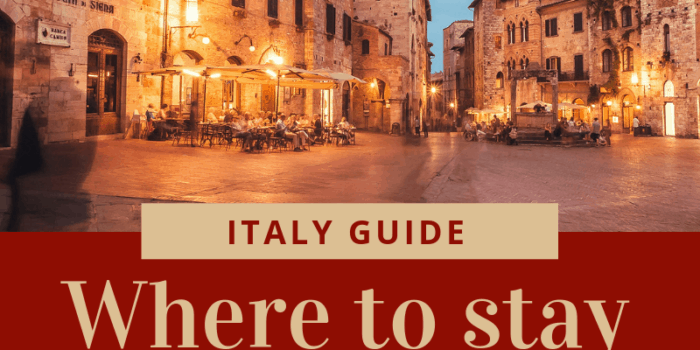 Where to stay in Siena 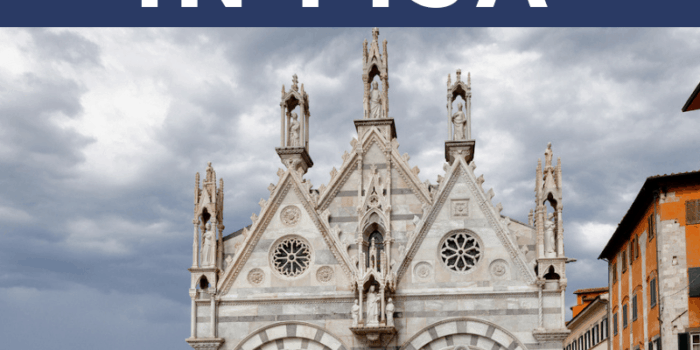 Where to stay in Pisa 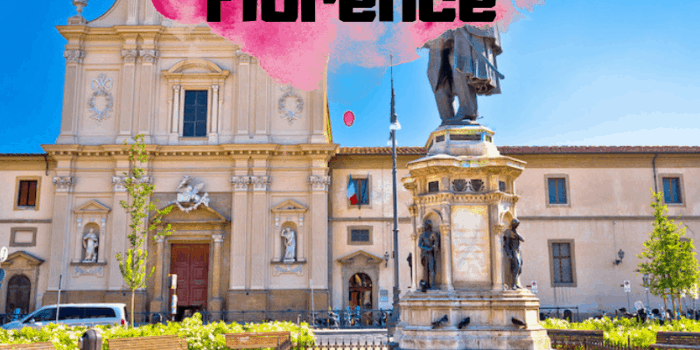