While Croatia was long known for the Croatian War of Independence in the early 1990’s, it is now known as a prime tourist destination. For years, Croatia remained under the radar, with fewer crowds, affordable activities and beaches rivaling those of Italy. However, word has gotten out and Croatia now has the third fastest-growing tourism sector of the European Union, behind Latvia and Slovenia. Dubrovnik is the prime seaside destination within Croatia. Between cruise ship passengers and Game of Thrones fans, Dubrovnik is rising in popularity every year! 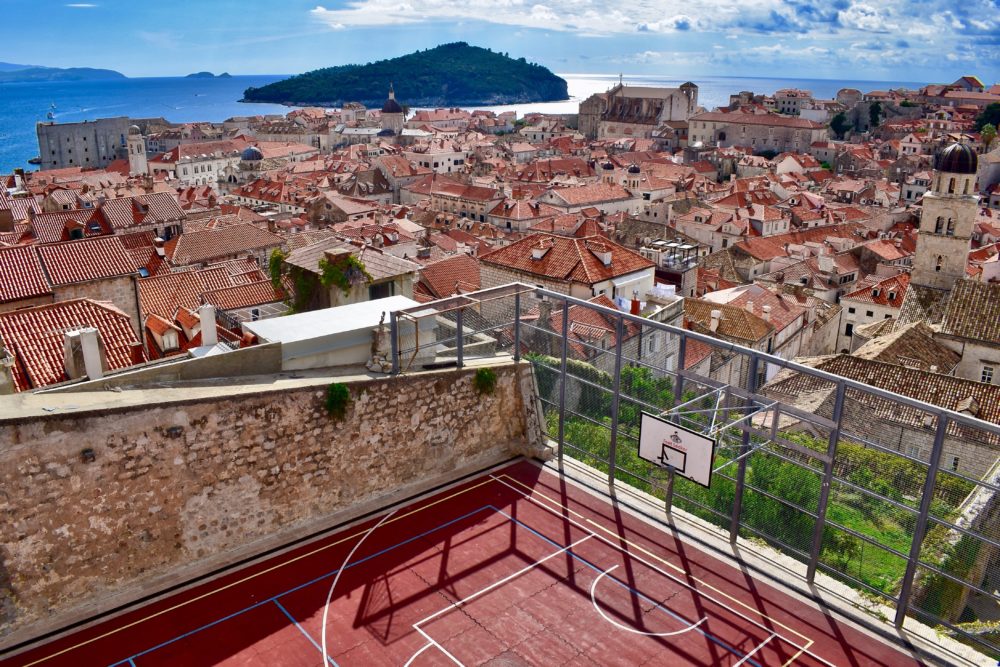 Plan your trip to Croatia

Unsure about travelling during COVID? Check out the COVID travel requirements and restrictions for Croatia.

Need data for your trip to Croatia? We use Tep Wireless which offers unlimited data for $8 per day. Travelling King readers can get 10% off using the discount code TRAVELLINGKING on check out.

Looking for a particular destination, see below otherwise you can go to Croatia Travel Guide to view current posts

One of the more famous features in Dubrovnik are the city walls. The defensive stone walls from the 14th century surround Old Town for 2km. The entire length of the walls can be walked after ascending from one of three entrances. Going up on the wall will also give you great views of Old Town and surrounding areas of Dubrovnik. If you would like more historical perspective, several types of guided tours are available. 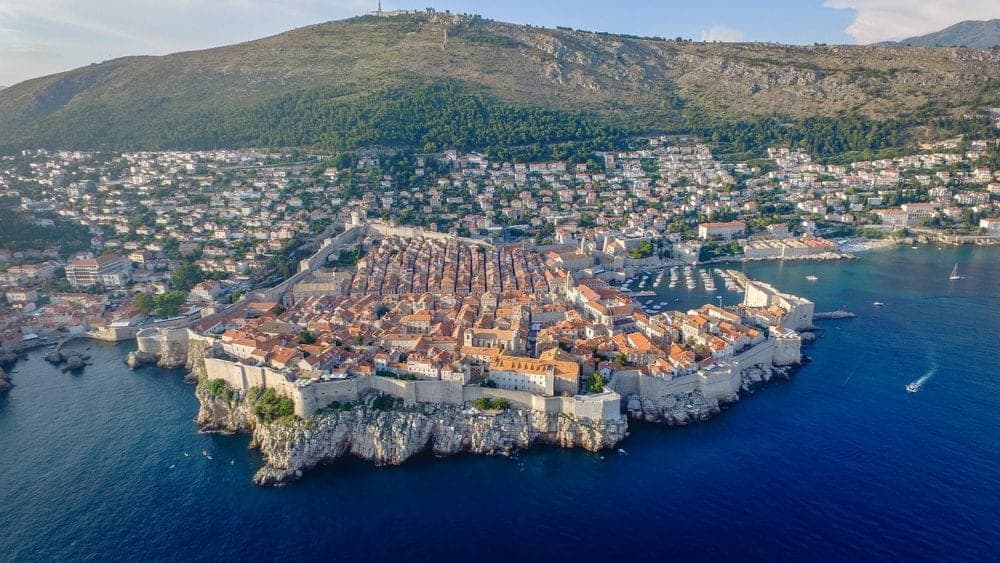 Dubrovnik’s Old City, or Old Town, is the historical center of the city. Surrounded by the City Walls, the Old City has buildings dating back centuries and now houses restaurants, shops, and guest houses. No cars are allowed, so you are free to stroll at your leisure, exploring the nooks and crannies of each alleyway. 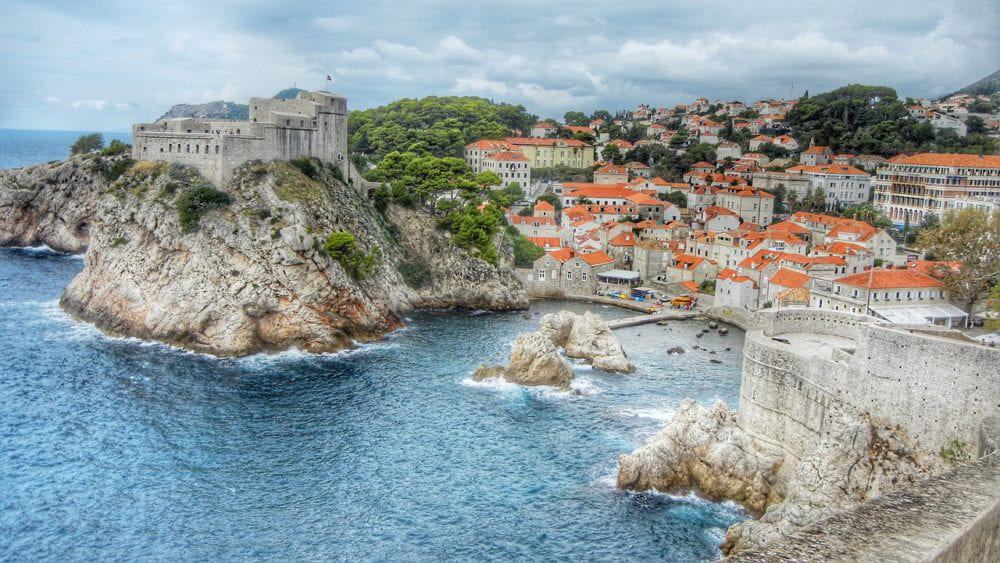 Cathedral of the Assumption

The Assumption Cathedral, also called the Dubrovnik Cathedral, is from the early 18th century and is the seat of the Diocese of Dubrovnik. A prominent landmark within the city walls, this Baroque style church features artwork and sculpture, including a depiction of the Assumption of the Virgin at the main altar. The cathedral is open to visitors at any time outside of mass, and entrance is free. 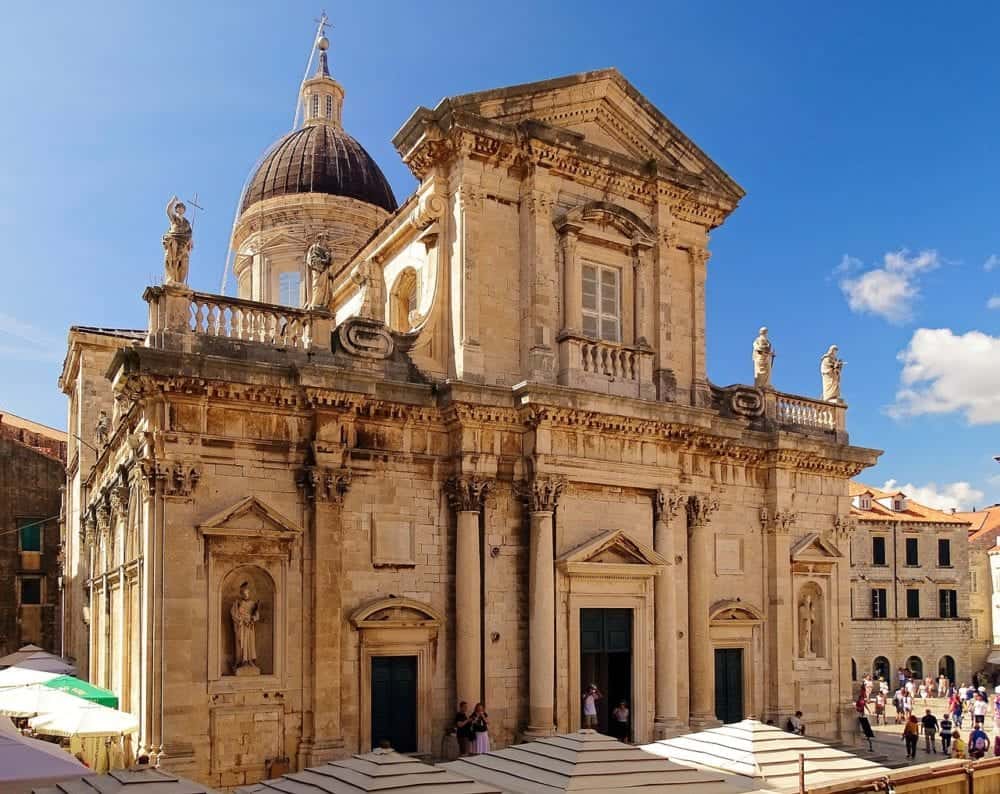 Next door to the Dubrovnik Cathedral is the Church of St. Blaise. St Blaise is the patron saint of Dubrovnik. This church was also built in the Baroque style of the 18th century, and has exquisite stained glass windows.

In addition to remaining an active church, it is also the hub for important events within the city, such as the New Year’s celebrations and the kickoff of the Dubrovnik Summer Festival. The church is open to visitors at any time outside of mass, and entrance is free. 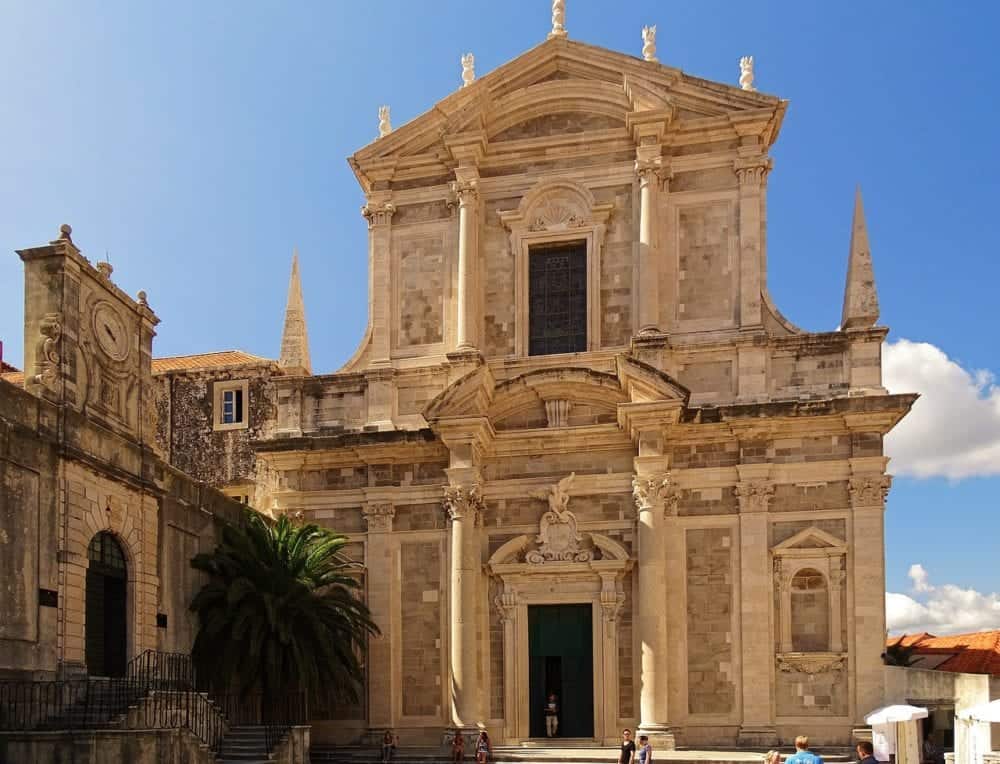 Sponza Palace is a 16th century palace in the Old City of Dubrovnik. Located on the same square as the Cathedral and St Blaise Church, this palace has survived wars and earthquakes and has served many functions over the years. Today, it is home to the city archives, holding documents dating back to 1022. 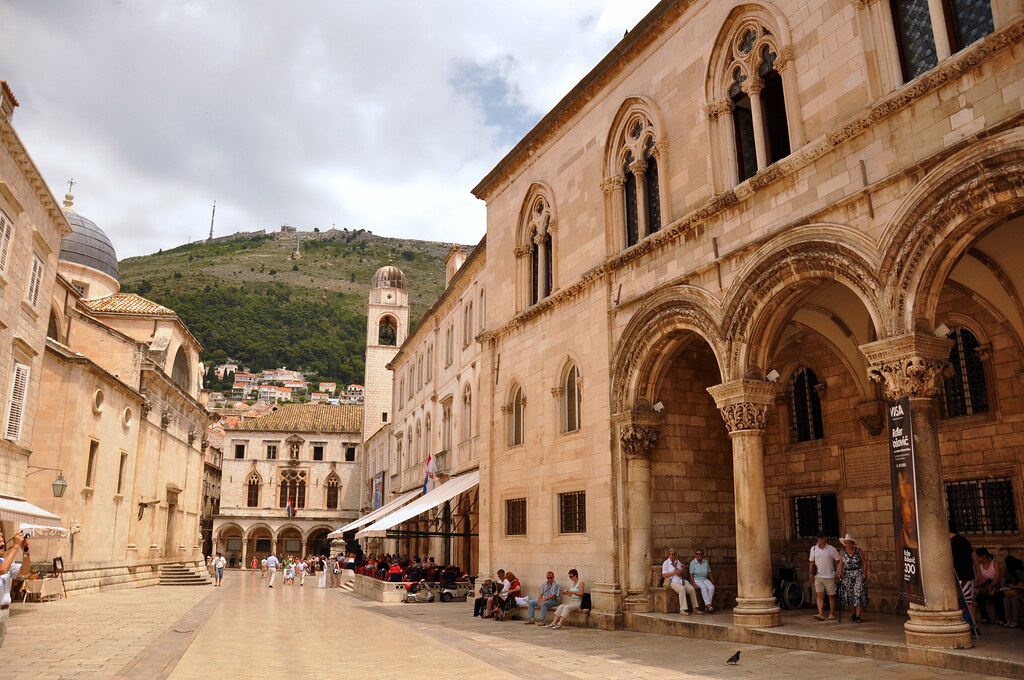 The Rector’s palace is another popular stop on your walking tour of Croatia’s Old City. Once the administrative center of Dubrovnik, the Palace now houses the History Department and Museum of Dubrovnik. There is a small entrance fee, and hours vary based on the season, but it is open daily.

This famous sculpture sits in Luza Square and depicts the medieval knight, Orlando, who features heavily in Dubrovnik history. You can’t miss the column as you are strolling around the historic district of Dubrovnik. 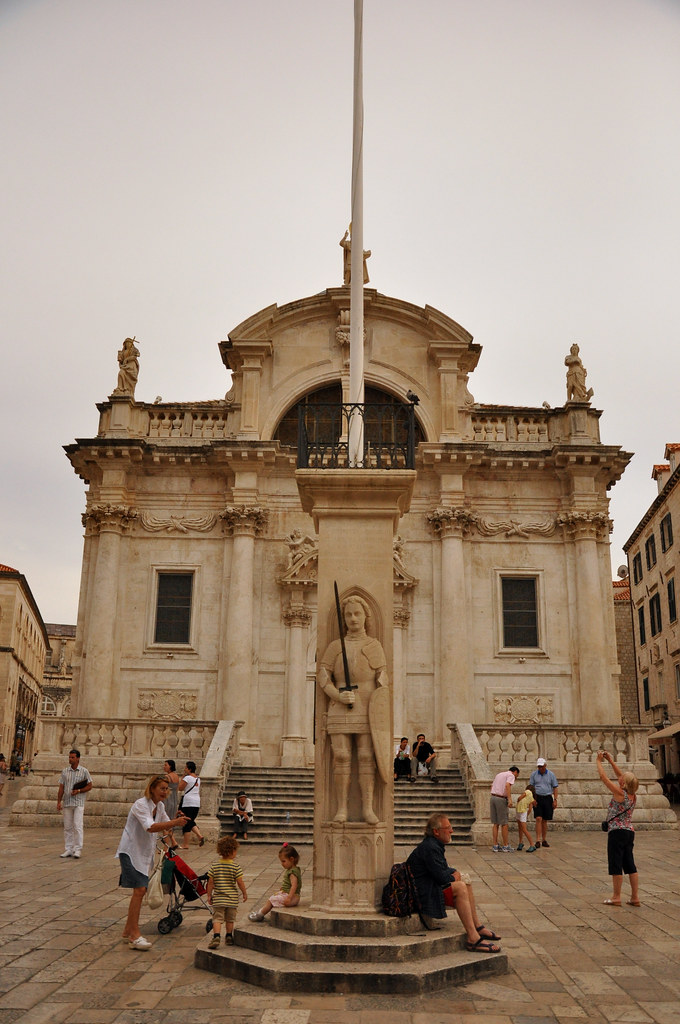 Still within the Old Town of Dubrovnik, the Franciscan church and monastery is a popular destination as it contains the one of the oldest pharmacies in Europe, which is now the Old Pharmacy Museum. The pharmacy itself is still in operation and has been since 1317. Within the grounds, you’ll also find a church, a library and the monastery itself along with gardens.

This photo exhibition is located in the Old City, and depicts the horrors of war and conflict through moving photography. The exhibit is a sobering reminder of the history of conflict in this region, including the Yugoslav wars of the 90’s. 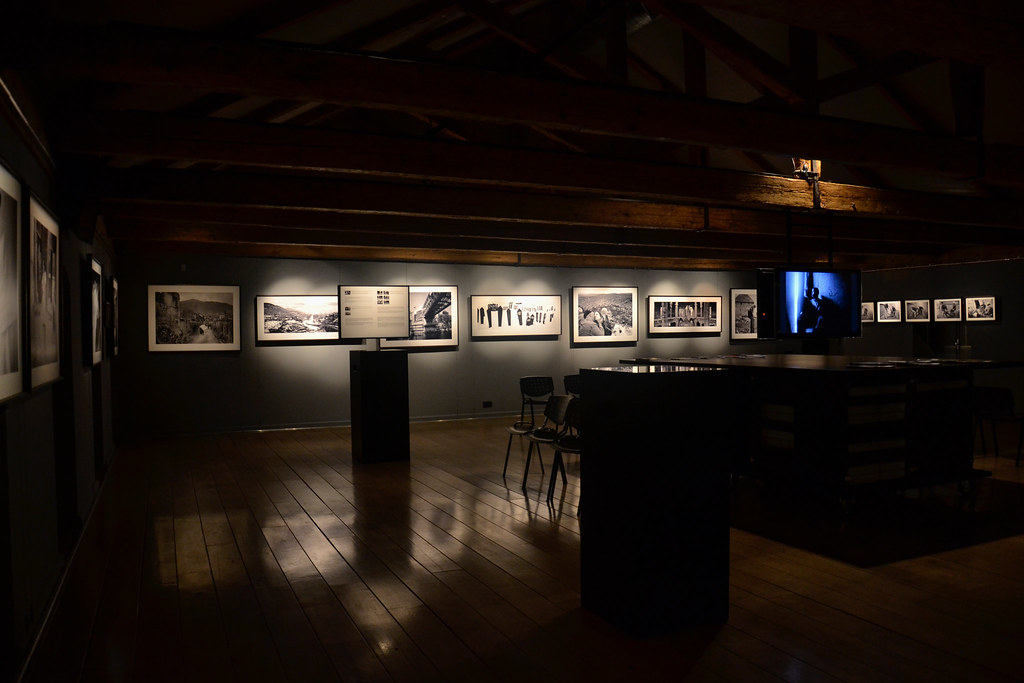 A popular tourist activity in Dubrovnik is to ride the cable car up nearly 800 meters for a breathtaking view of the city and sea. Your cable car ticket will get you a 4-minute ride in an enclosed gondola to an upper station, where you’ll find viewing platforms, a snack bar, restaurant and of course, souvenir shops. You have the option of purchasing a round-trip cable car ticket or if you prefer to hike down, you can buy a one-way ticket only. 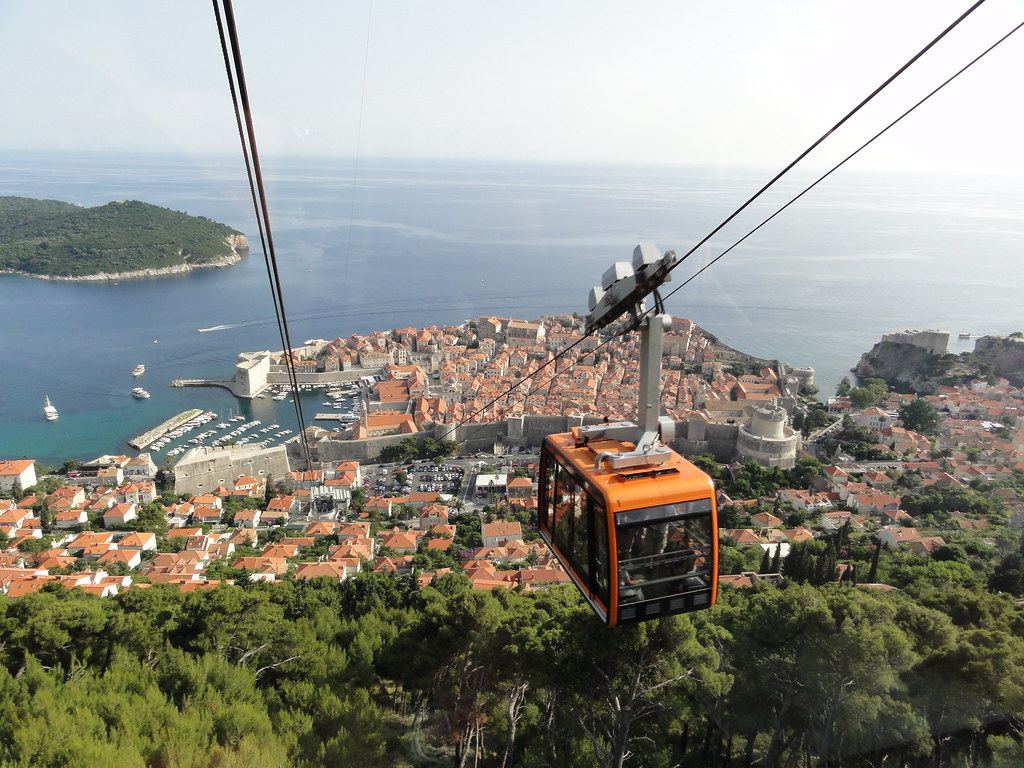 600 meters off the coast of Dubrovnik, Lokrum Island is a popular day-trip destination from Dubrovnik. Easily accessed by a ferry or taxi boats in about 15 minutes, the island is a Nature Reserve and your ferry ticket will include your entrance fee to the island.

Within the island is a salt-filled lake called the “Dead Sea,” a Benedictine monastery, a naturist (clothing optional) beach and a flock of peacocks that have inhabited the island for 150 years. The island is small and you can easily get around on foot, spend half a day and return to Dubrovnik a few hours later. 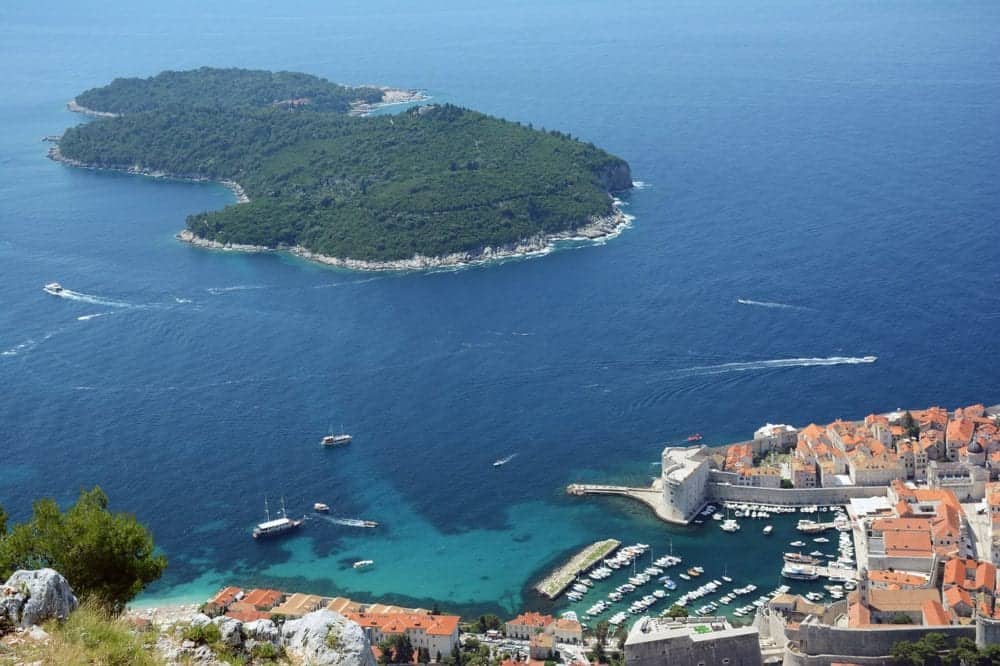 If you fancy something more than a ferry or water taxi, you’ll be spoiled for sailing options in Dubrovnik. There are several islands within the Dubrovnik archipelago to be explored, and you can choose from a partial day excursion to a full-week on a live-aboard sailing charter. Dubrovnik is also a popular stop for the mega-cruise ships as they navigate the Mediterranean and Adriatic Seas. 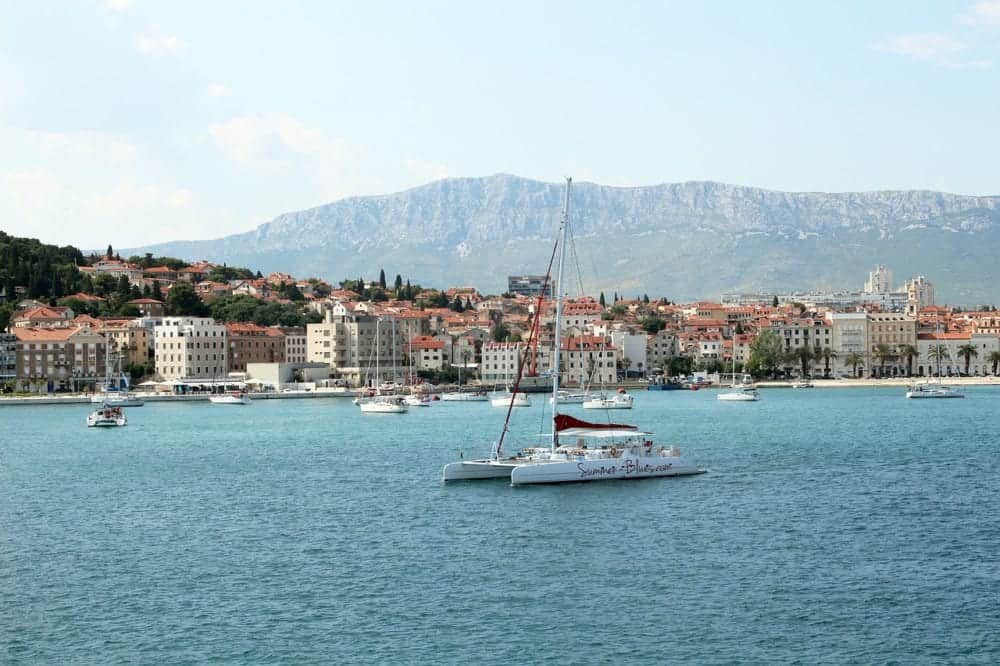 On a much smaller scale, sea kayaking is a great way to explore the waters around Dubrovnik. By joining a sea kayaking excursion, you can paddle around the walls of the Old City, combine your sea kayaking with a snorkeling trip, or explore some of the many beautiful beaches of Dubrovnik. 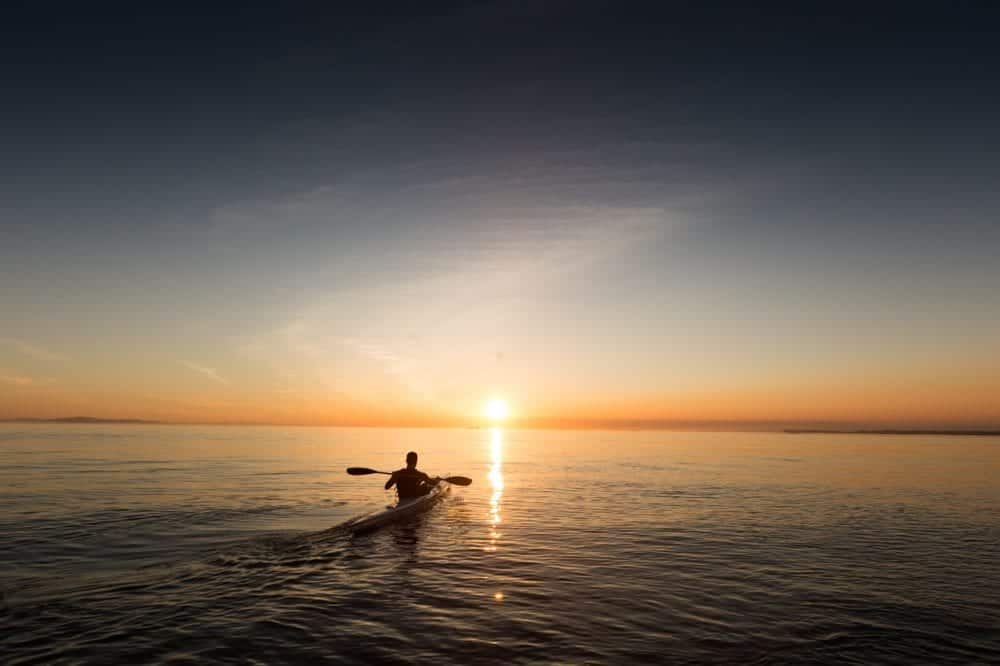 While the historical attractions should be on every Dubrovnik itinerary, you simply can’t miss the beaches of Dubrovnik. Banje Beach is a popular beach for tourists as it is one of the closest beaches to the Old City. Some parts of this beach are managed by the beach club, which means you will pay to rent a chair, use the toilet, etc, etc.

A less crowded option, as it is a bit more difficult to reach, is Sv. Jakov Beach. There are fewer services here, but you can rent jet skis or kayaks to explore the surrounding waters. Betina Cave Beach is a cave that’s only accessible from the water and is a frequent stop on sea kayaking tours. If you are looking for more of a party atmosphere, check out Dance Beach, Copacabana Beach or Lapad Beach. 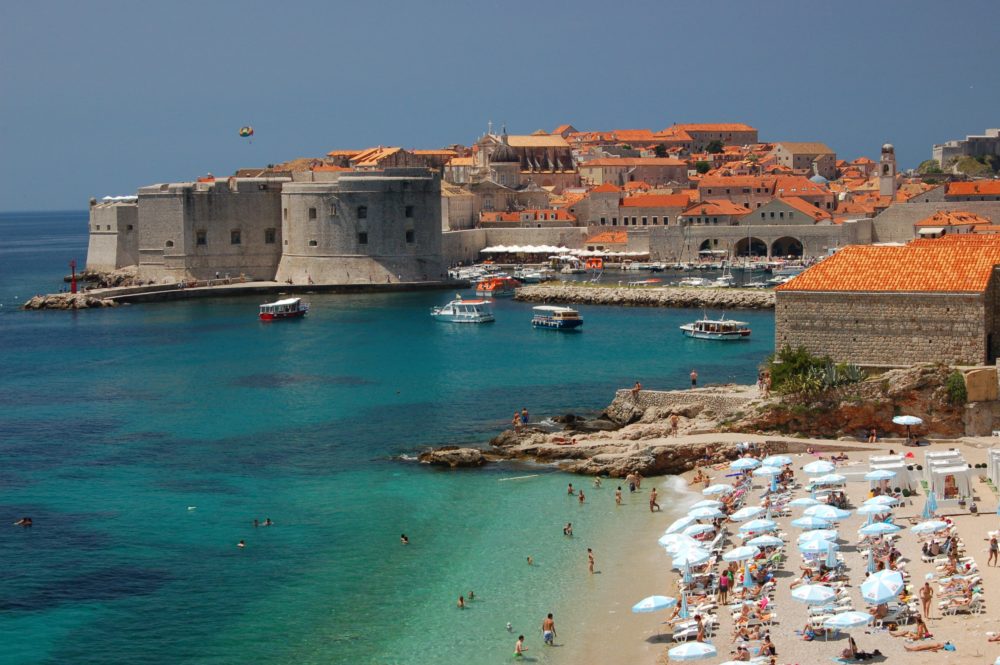 Dubrovnik is home to at least two big festivals each summer. The Dubrovnik Summer Festival kicks off on June 10th and lasts through August 25th. The Summer Festival has more than 70 open-air venues featuring opera, theater, dance and classical music performances. The Midsummer Scene Festival is a Shakespearean festival that takes place from late June to early July and each season highlights an important piece of Shakespeare’s collection. 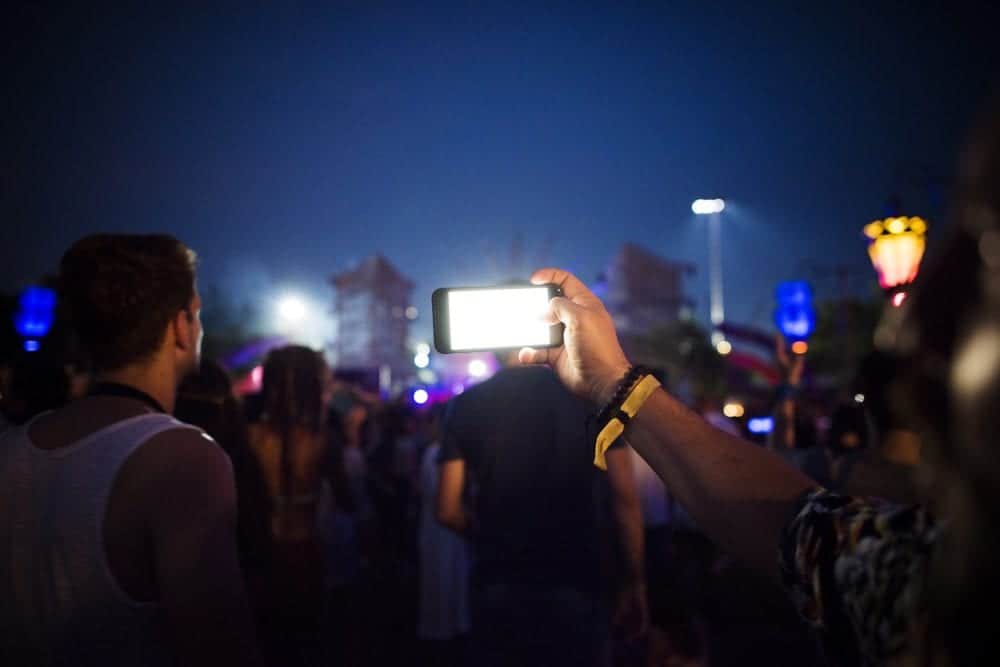 With Dubrovnik’s seaside location, seafood is a popular specialty and features heavily in Croatian dishes. You’ll also find Mediterranean and Italian influences on the cuisine. Oysters are incredibly popular, as the nearby town of Mali Ston is home to a bay famous for it’s oysters. Of course, there are many kinds of shellfish served, as well as mussels and scallops. Croatia also has a growing wine industry with both reds and whites, while the “national wine” is Prosek, a sweet dessert wine. 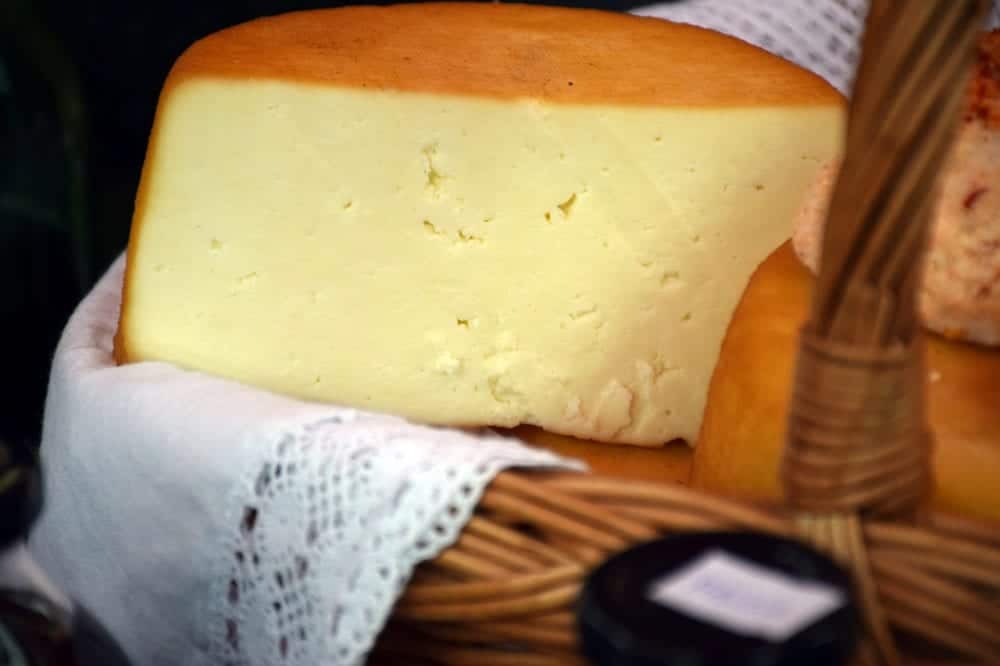 While it’s not Ibiza, Dubrovnik definitely has a nightlife scene to entertain you after the sun goes down. From beach bars, to night clubs to Irish pubs, whatever your style of nightlife you’ll find something agreeable in Dubrovnik. Especially in the summer tourist season, you’ll also have live music in outdoor venues and gardens. As with many tourist destinations, the closer to Old Town you are, the more expensive the drinks and fewer locals hanging around. 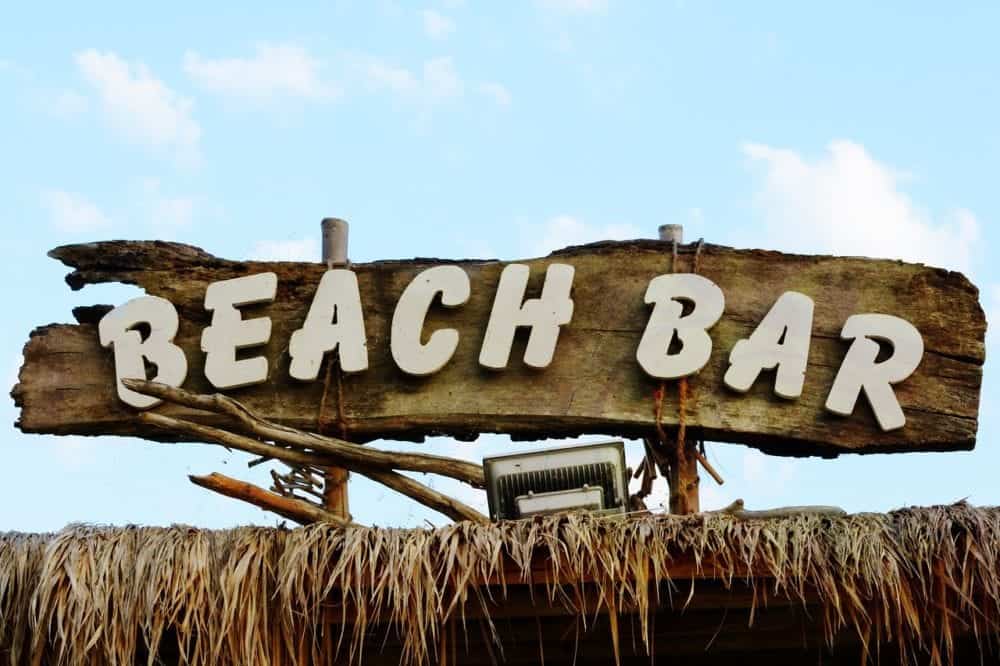 If you’d like to check another country off your list, Montenegro is less than two hours drive from Croatia. The village of Kotor is a World Heritage site and although tourism is growing, you won’t find the throngs of tourists that converge on Dubrovnik in the summer. 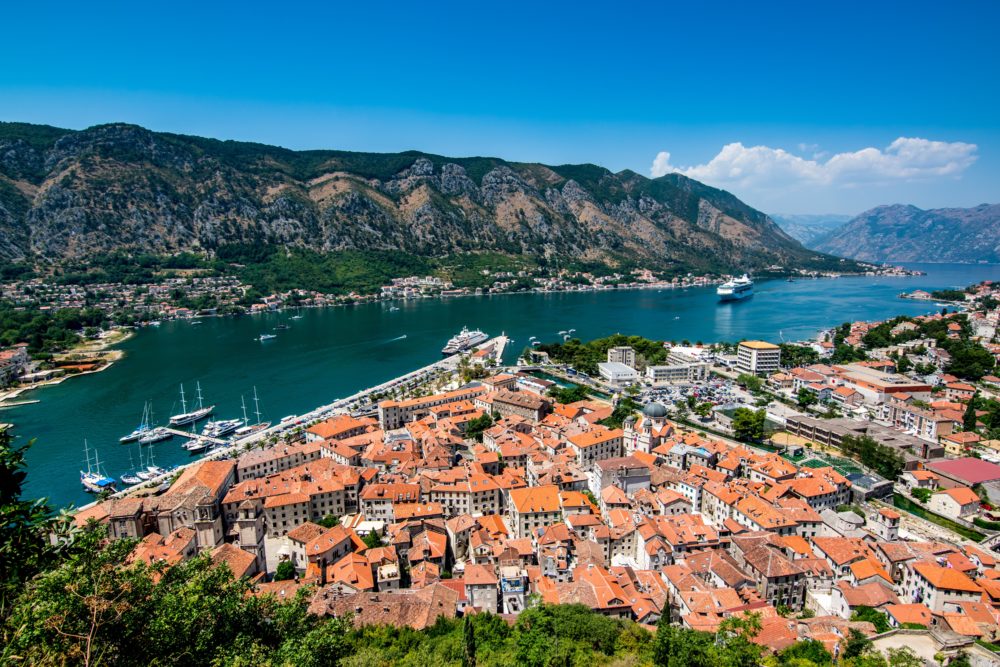 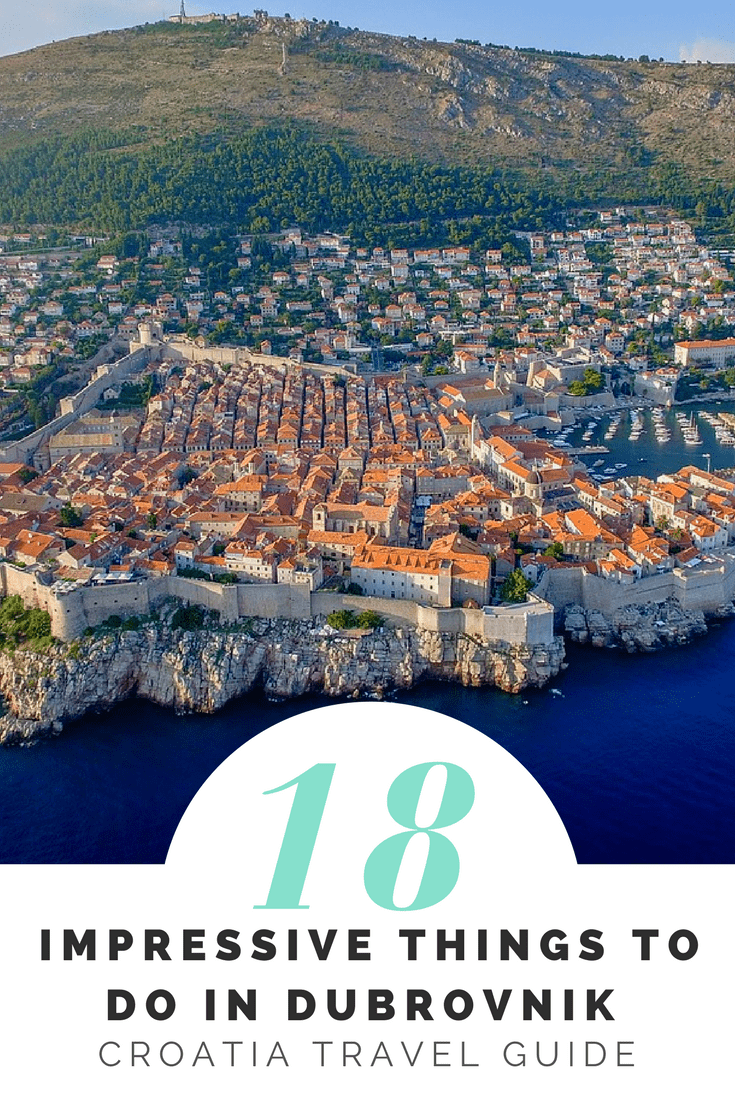 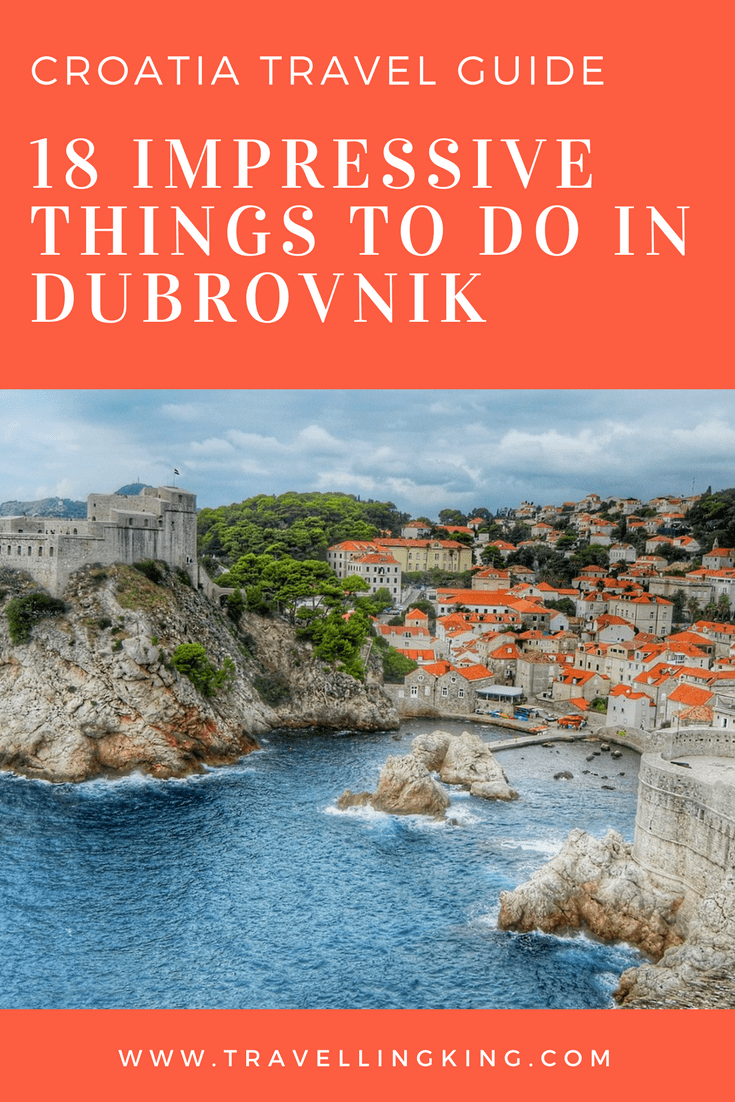 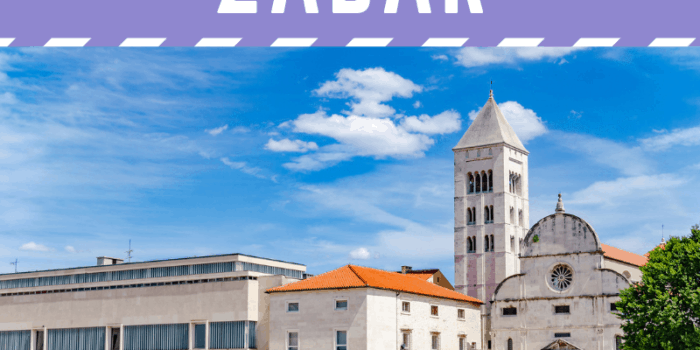 Where to stay in Zadar 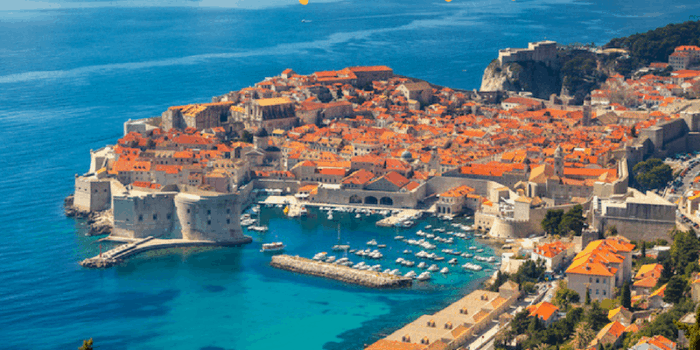 Where to stay in Dubrovnik 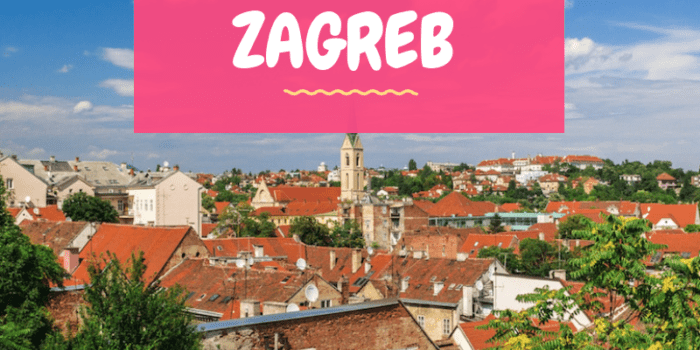 Where to Stay in Zagreb 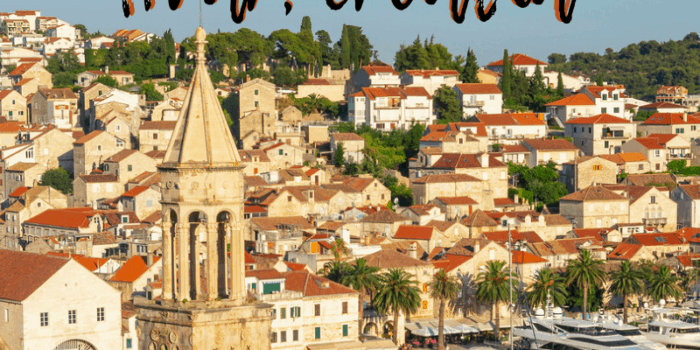 Where to stay in Hvar 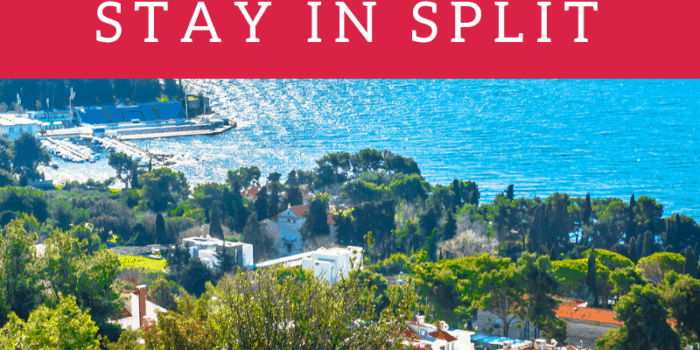 Where to stay in Split 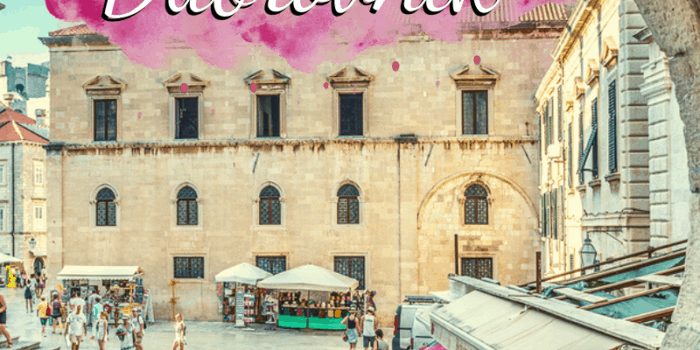