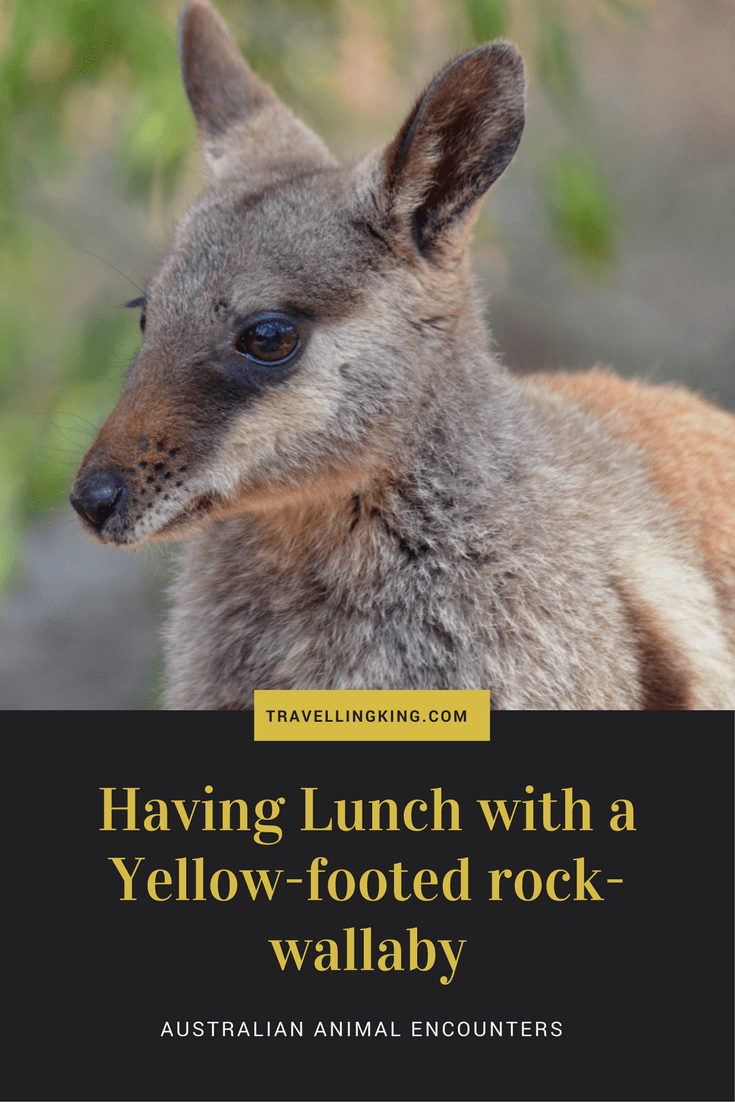 We had stopped in the Brachina Gorge to have some lunch. We pulled over to a nice spot and popped the Billy on to make a nice hot cuppa and to cook up some 2-minute noodles.

After sitting around for a few mins chatting to each other, a medium sized Yellow-footed rock-wallaby hopped past, we spent the next half an hour watching it hop around us and standing there watching us and of course posing for pictures! As we kept trying to get closer and closer to get a better photo, it would hop away and after a while, we gave up because we didn’t want to freak it out, it hopped off to a nearby stream. 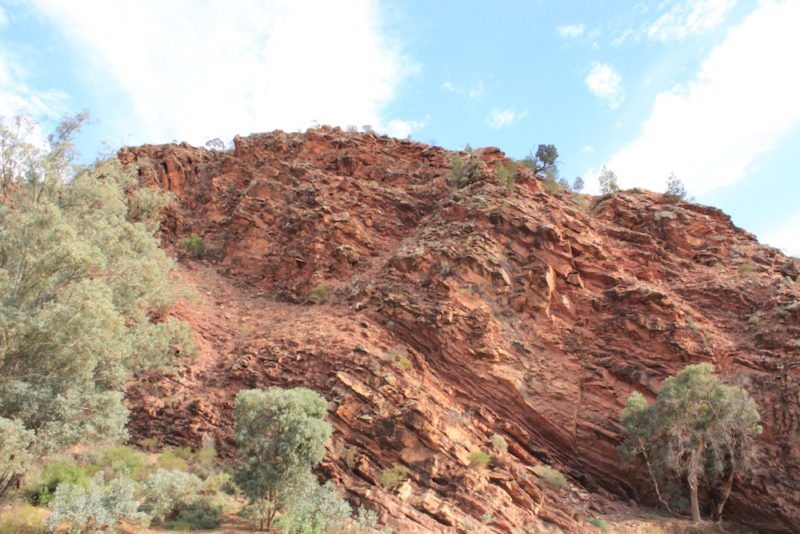 We went back to chatting away, me sitting in the back of the 4wd and the driver sitting on the ground eating his noodles. A few minutes later a smaller (as with all animals, smaller = cuter) Yellow-footed rock-wallaby hopped up to us, getting closer and closer, it was really curious about what we were eating! The second we moved, it freaked out and hopped away, but not too far away.. We spend ages take photos of it as it circled us and the car! Check out the cute video here 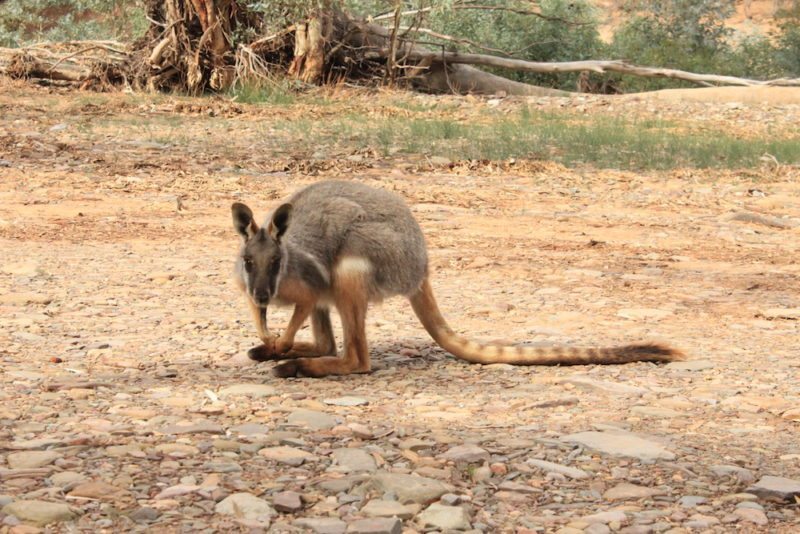 Not long after, the other Yellow-footed rock-wallaby was back, this time growling and hopping at the smaller wallaby, we assume the bigger one was the father or “boyfriend” and the smaller one was either a female or a young inexperience wallaby.

From then it was on…  It was a game of cat and mouse between the big and small Wallaby, the small one was very curious and kept coming close to us and the other Wallaby would get angry or worried and chase it away. After an hour or so of watching this game and taking so many photos that we ran out of one camera battery, we decided to leave the poor animals alone 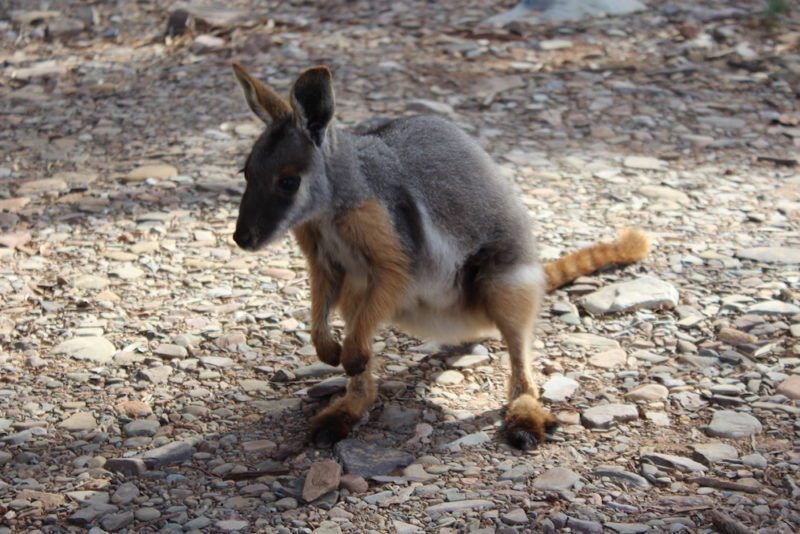 As we were leaving another car arrived and were so surprised to see the Wallabies so close to the road. We continued on our adventure along Brachina Gorge, Stokes Hill lookout and Huck’s lookout.

How cute are these little guys! Have you experienced a wildlife encounter? Tell us about it in the below comments!

Getting a Tourist Visa for Australia

Where to Stay in Melbourne – Australian Travel Guide 2021