We often think of enchanted castles as buildings just for fairytales, but beautiful and breathtaking castles can be found all over the world. Castles come in different designs and sizes, ranging from phenomenal to the incredibly sublime. Below are 22 castles that would leave you enchanted: 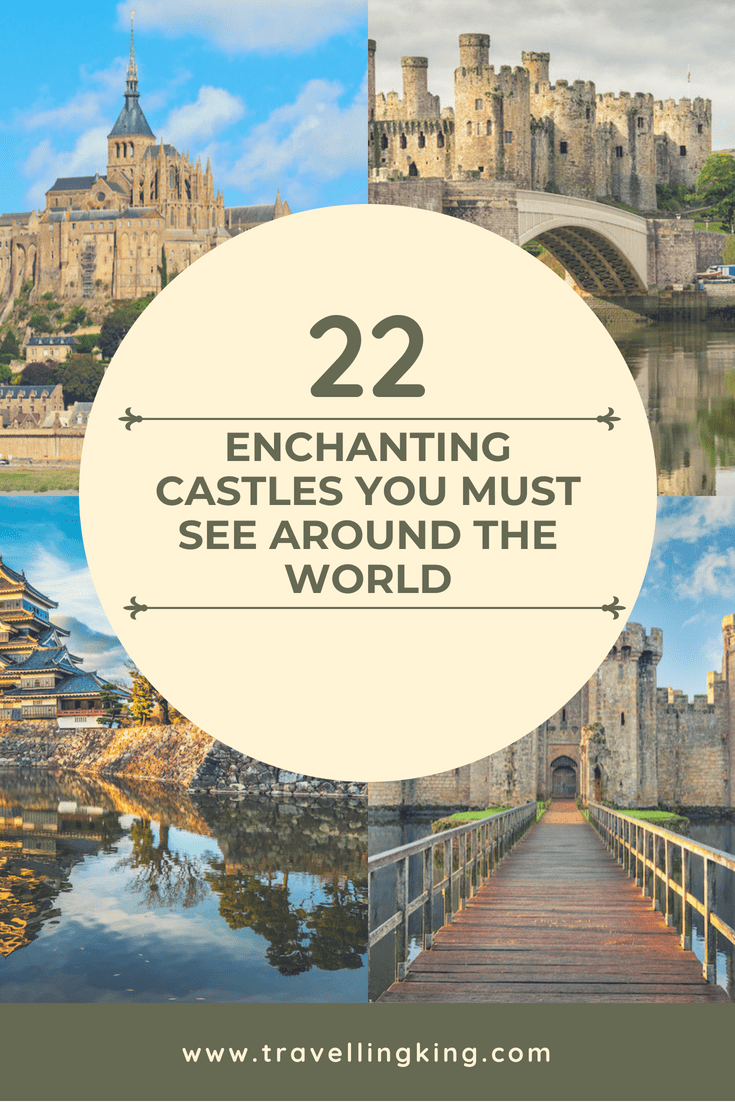 France is said to hold some of the most romantic cities in the world, with astonishing works of architecture, and breath-taking landscapes all making France a romantic epitome. Another amazing masterpiece would be the Mont Saint Michel castle which is nothing short of an artistic and architectural wonder.

Located 1km off the coast of an island in Normandy, this castle is one of France’s most remarkable and recognisable landmarks, visited by more than 3 million people each year. It’s listed under the UNESCO’s list of World Heritage Sites and is protected as France’s monuments historiques. 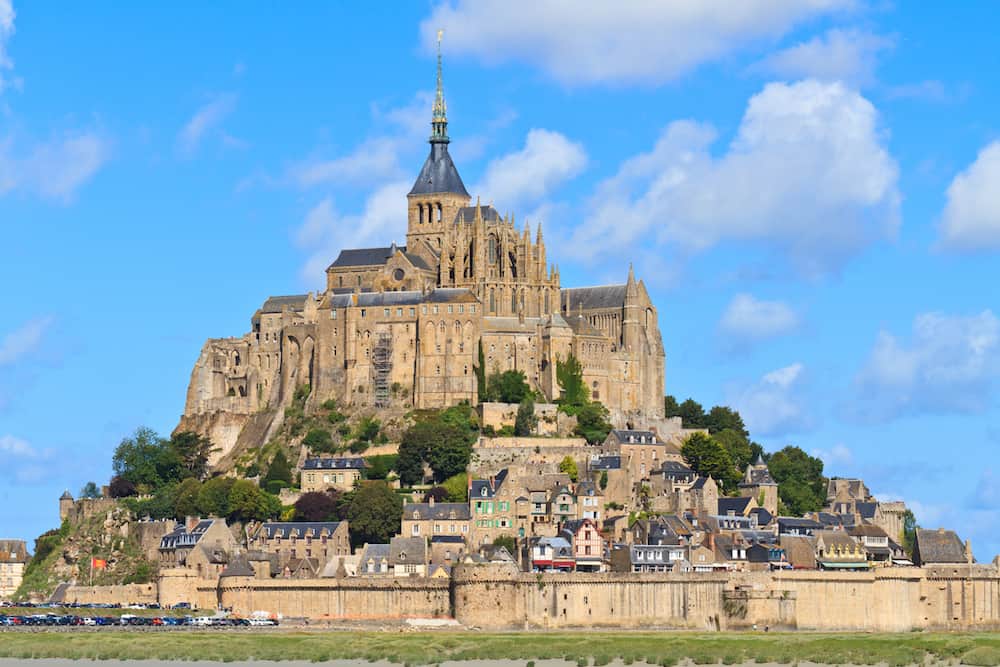 The Castle of the Teutonic Order in Malbork is a fairytale castle come to life. It depicts life in the castle in the middle ages. Embedded with astonishing and remarkable tailoring, featurs a grand master room, a knights’ dining room, and even a jail. Also featured are ornaments such as a vibrant garden, the beautifully designed gates, and the fine tailored walls. Located in Poland, it is a medieval fortress and is one of the two World Heritage Sites in the region. 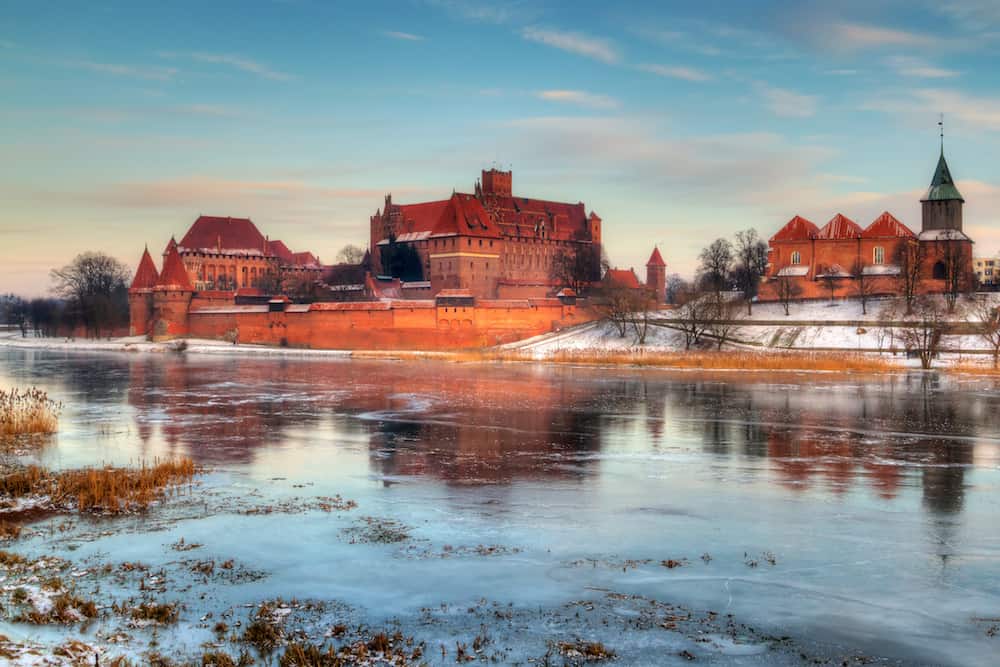 This castle is probably one of my personal favourites! It’s the perfect replica of the Disney Castle! Located in Germany, the world-famous Neuschwanstein Castle is a romantic 19th century Romanesque Revival palace built for King Ludwig II with scenic mountain landscape in Fussen southwest Bavaria Germany. 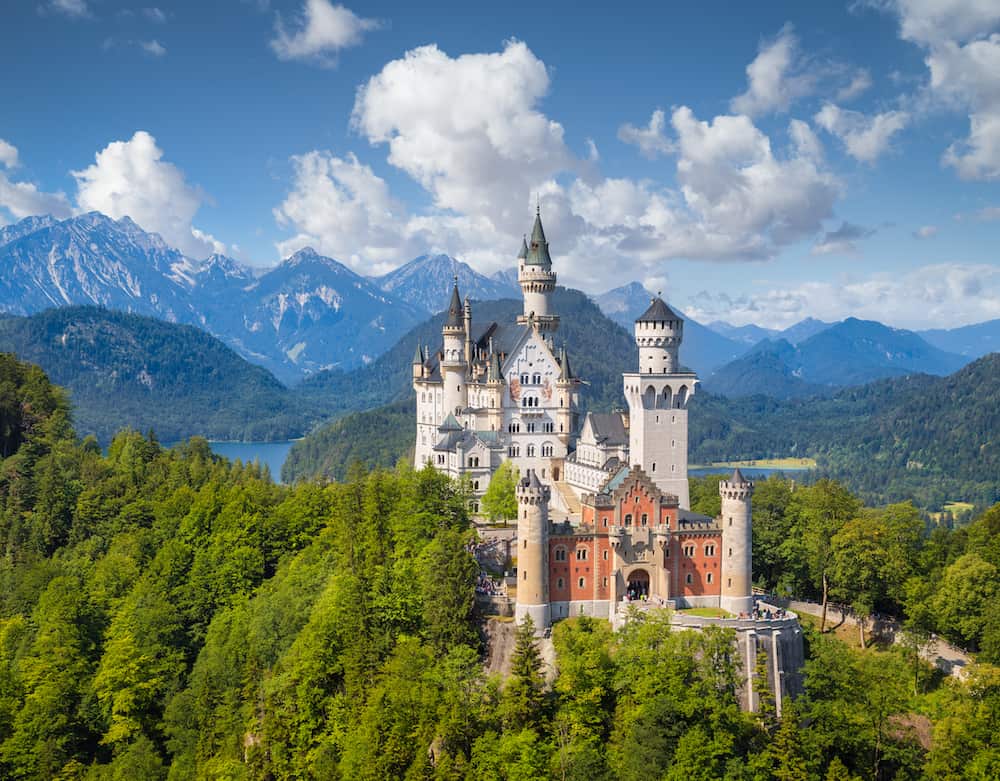 The Conwy castle is a middle aged castle, located in Conwy, on the north coast of Wales. It was built by King Edward I and played an important role in several wars during that era. Owing to the magnificence of its high towers, curtain walls, and its amazing state of maintenance throughout the ages. 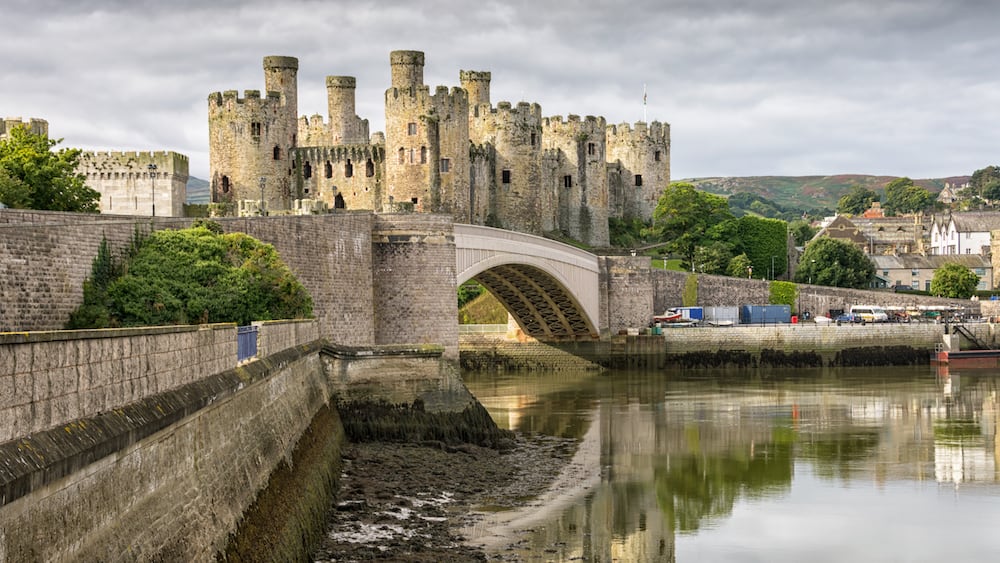 This artistic monument stands its ground as one of Wales “wonder” sites. It was the last and largest castle to be built by King Edward I. located in Wales, it’s an example of military construction in Britain. It has a fortified geometric symmetry with a huge inner ring of defences, 16 towers, and two gates. Remarkably, this castle was never fully completed and saw little action during the civil war. 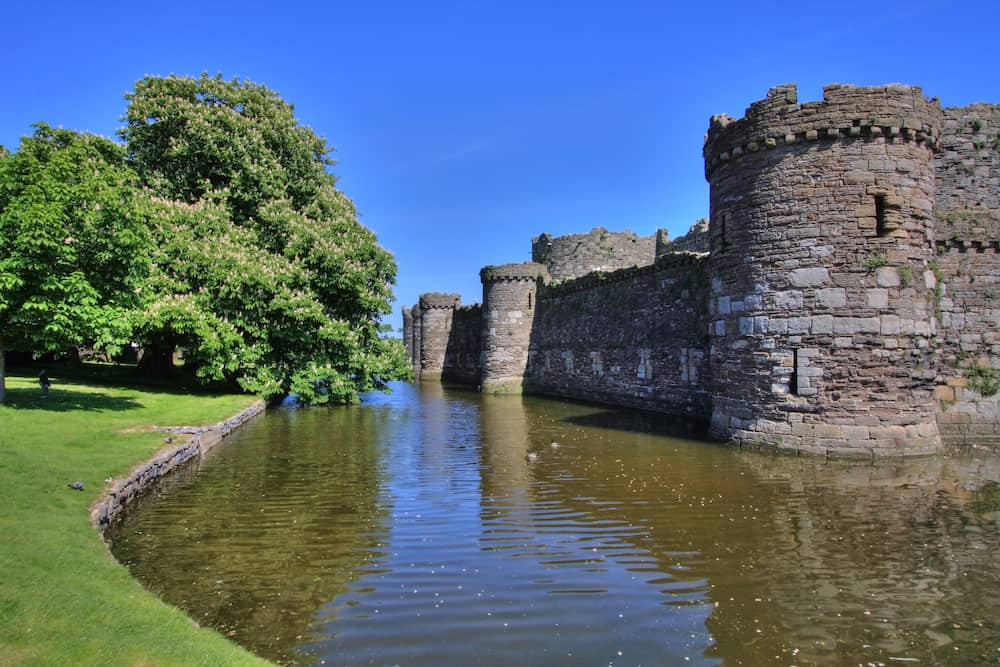 This castle is located near Robertsbridge in East Sussex, England. It is a fairytale like castle with an exceptional interior and impressive grounds. The features this great building possesses are exceptional, but it’s described as the most complete surviving example of a quadrangular castle. 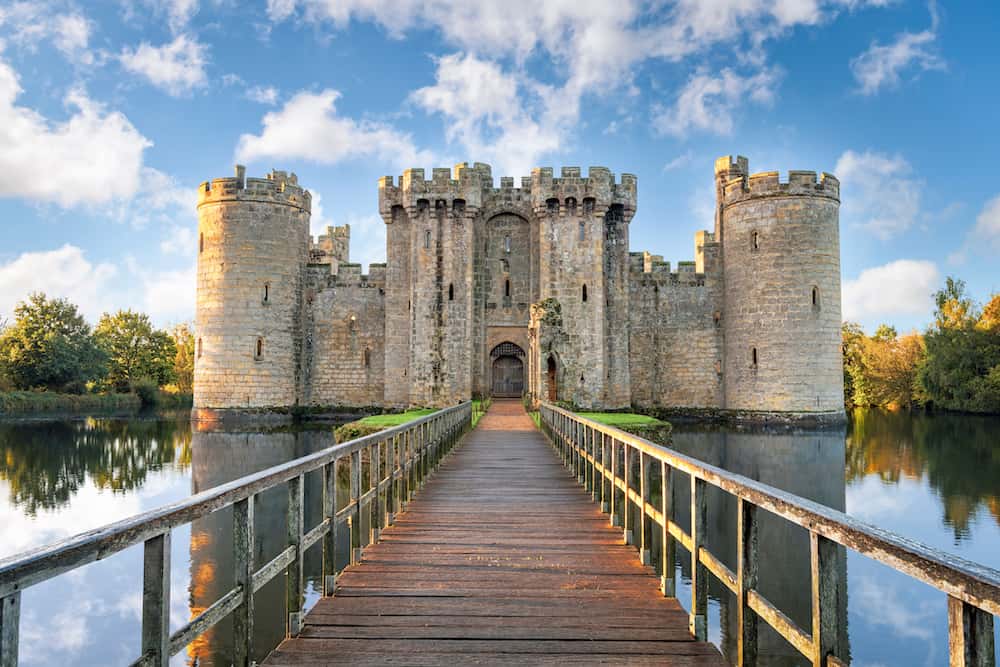 The Kilkenny Castle is a castle in Kilkenny, Ireland, which was built in 1195. Unlike some other castles, various modifications and additions have been made to this castle over the years,l since it was originally built. This has made it a truly complex structure of different  architectural styles making it a monument worth visiting.

The Matsumoto castle in Japan is an amazing traditional Japanese castle which clearly exemplifies the Japanese structure and culture. This castle stands out from pretty much all castles outside the Japanese domain, due to its black exterior and incredibly crafted architecture. 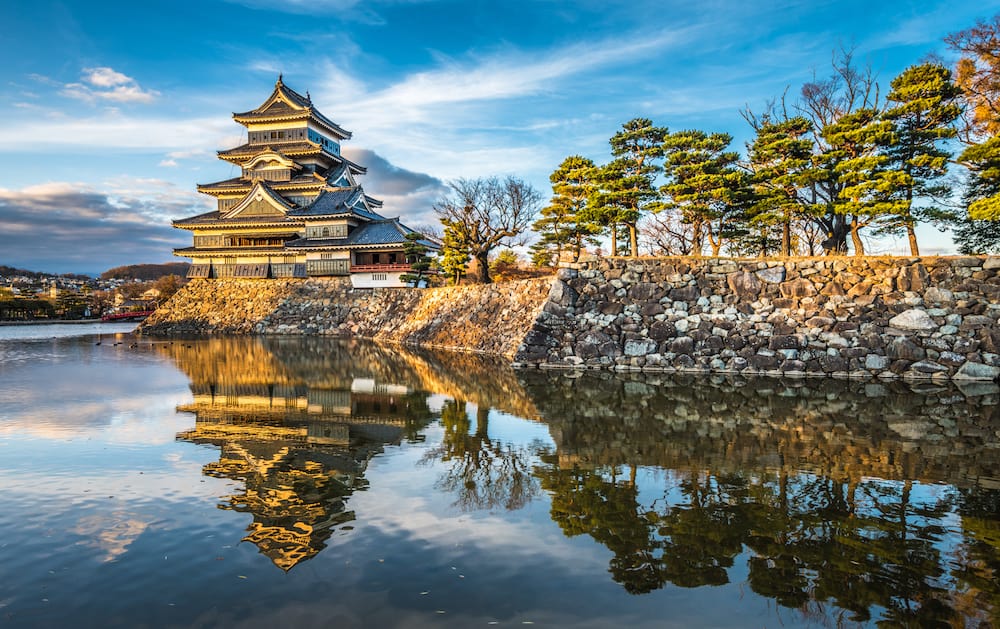 The Balmoral Castle is a large estate in Scotland. It’s a working estate surrounded by forestry, herds of deer, cattle, and a farmland. So if you love animals you should definitely check out this castle. It’s the Scottish home for the British Royal family and is an example of Scottish baronial architecture, an A listed building. 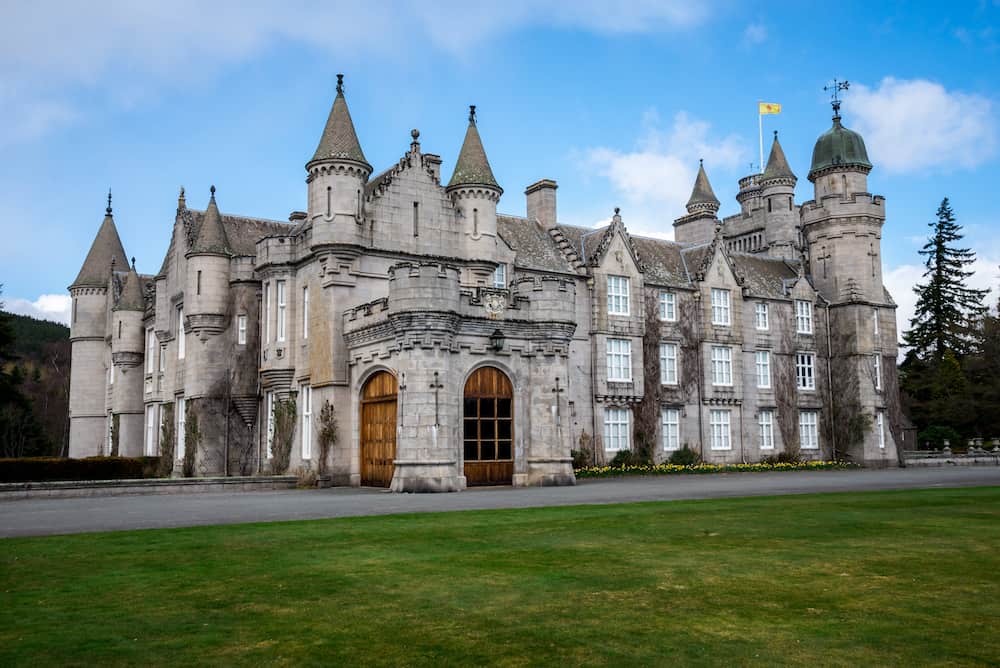 The Glamis castle is located in Scotland. The towers are about 23 feet high each having a modern parapet. There is a 46 seat small chapel located within it and is still used regularly for family functions and weddings. It’s one of the most impressive and romantic castles located in Scotland. It has a splendid building, a large round stair-tower, and an extensive parkland. 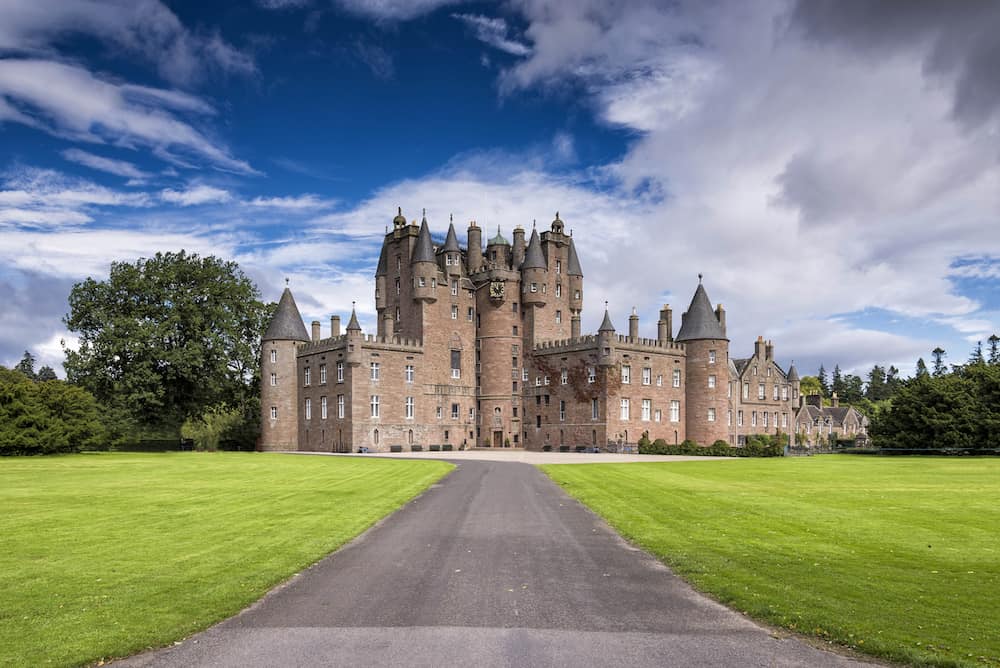 This castle is an impressive ruined castle located upon the rocky headland of Scotland. It is very steep, the dominant building would have been a tower, which is followed by other buildings. They are;  the gatehouse, the chapel, and the Whigs’ Vault. Looking at this castle you would clearly see how old it is. 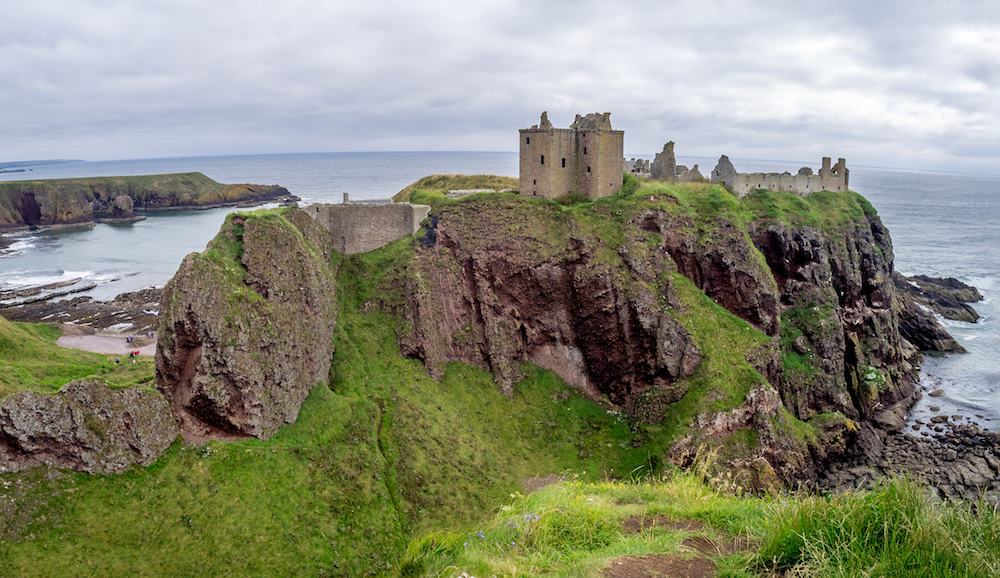 This castle is a royal residence located in England. It occupies 13 acres and combines the features of a castle and a palace. It embodies an antiquated styles and has the old fashion look going for it. The castle is a breath-taking wonder, the picturesque and gothic designs would leave you fascinated. 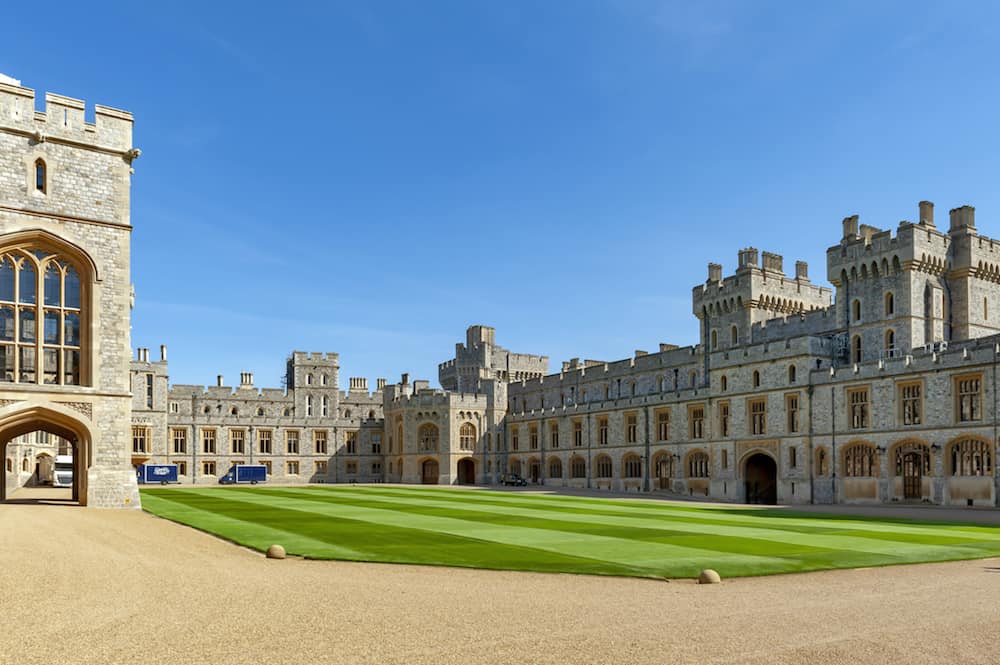 This wonder piece is located in Zehra, Slovakia. It is the most visited castle in the Kosice region, and lies between the town of Spisske Podhradie and the village of Zehra. It is a National Cultural Monument and is included in the UNESCO World Heritage list in 1993. 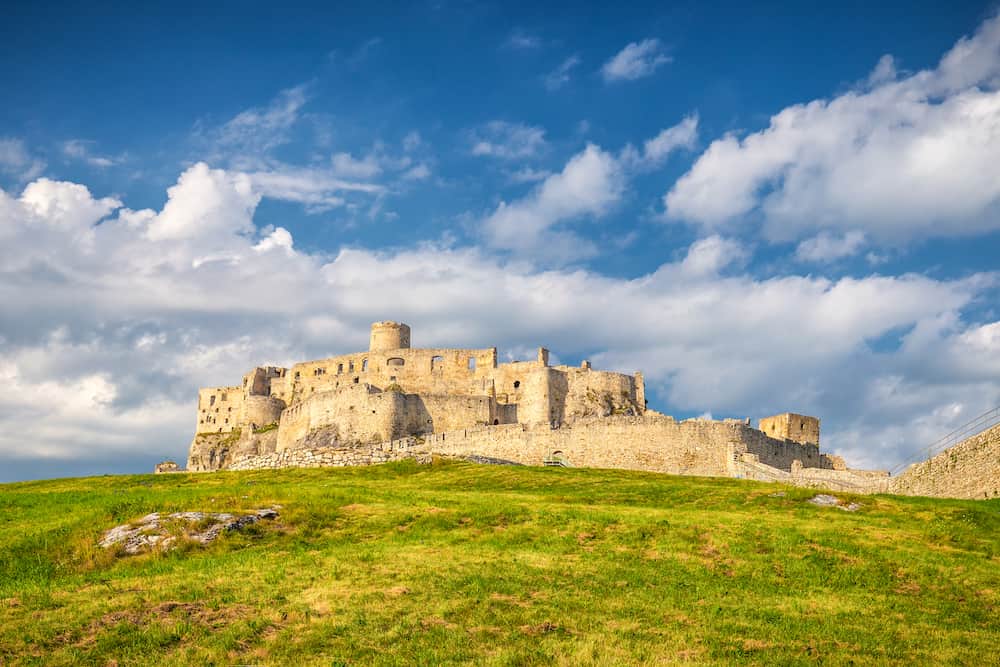 The Osaka castle situated in Japan and is one of the most famous landmarks, playing a major role in Japanese history. This castle is a classical wonder built on two raised platforms of landfill. It was featured in a few movies and a few books. It has an outstanding view from top to bottom and is definitely a monument to look out for. 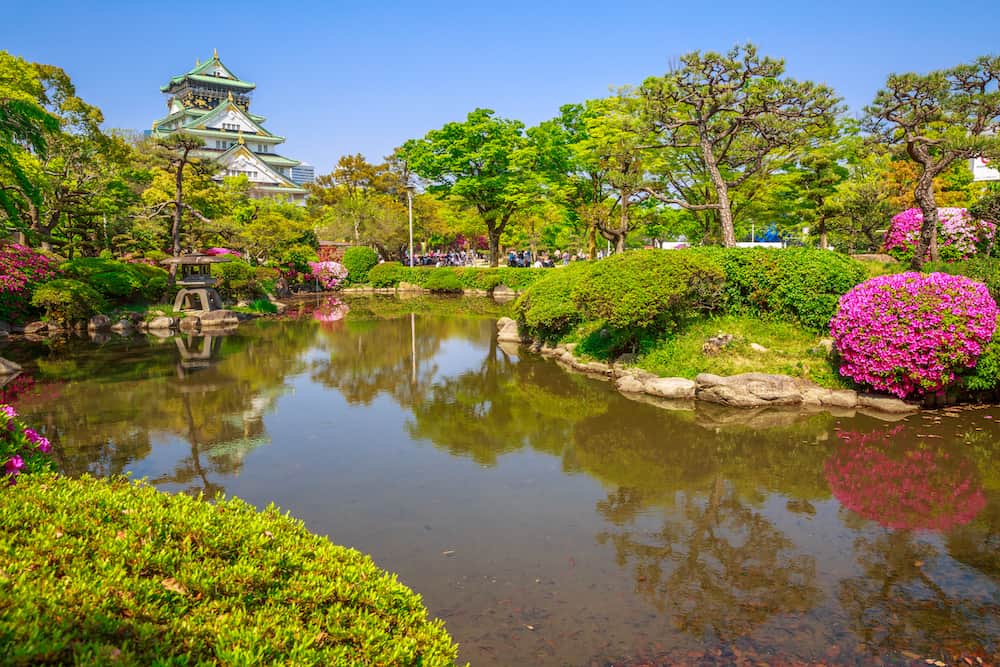 The Leeds Castle located in England is filled with everything splendour and luxury, from the dinner room, to the library and the banquet. Known as the loveliest castle in the world, this is definitely a location to be added to your bucket list of sites to visit. 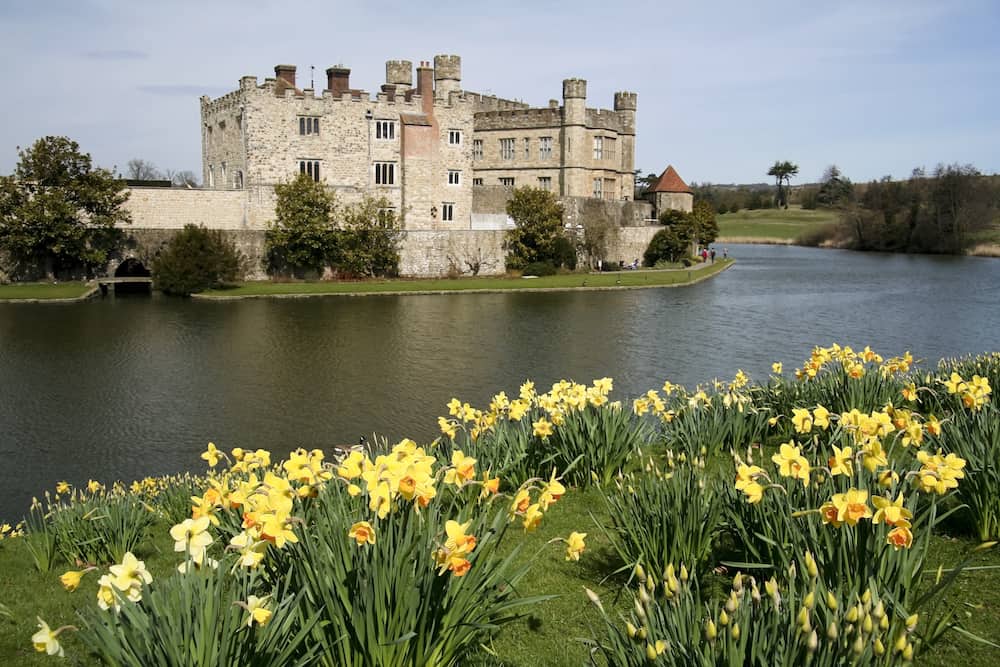 This medieval castle is located in France. This enchanted castle is a particularly grand and beautiful building with an amazing restoration story. With a whopping 600,000 visitor per year, it is indeed one of the most popular monuments in France. It possesses beautifully refined rooms, mural paintings which contributes to this castle’s artistic wonder. 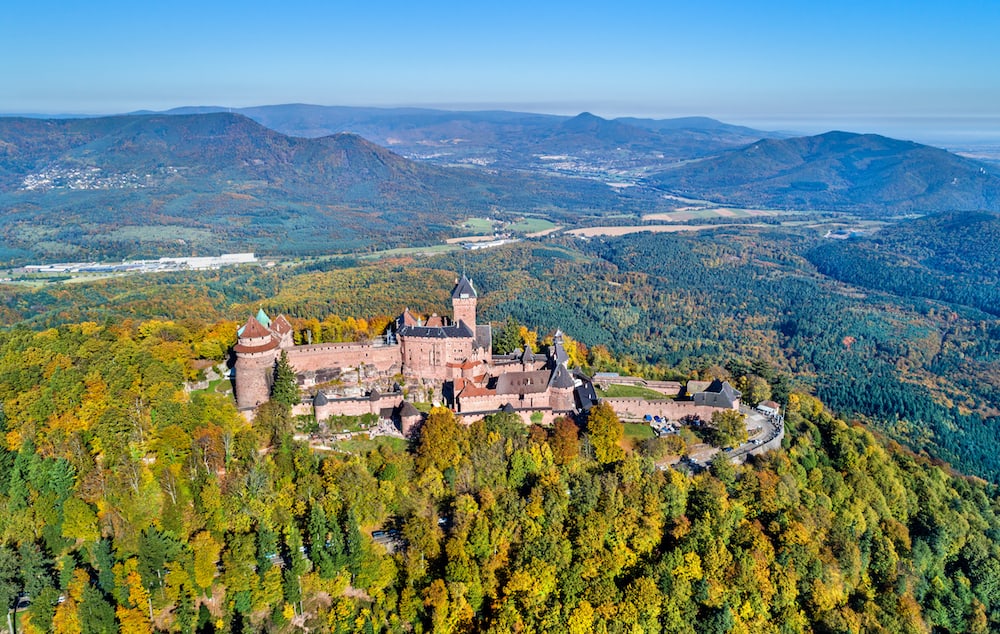 This castle is located in Stirling, Scotland, and is considered to be the largest and most important castle within its province. Both historically and architecturally, this castle sets the standard for aesthetic dexterity. It is filled with superb sculptures and an amazing garden. 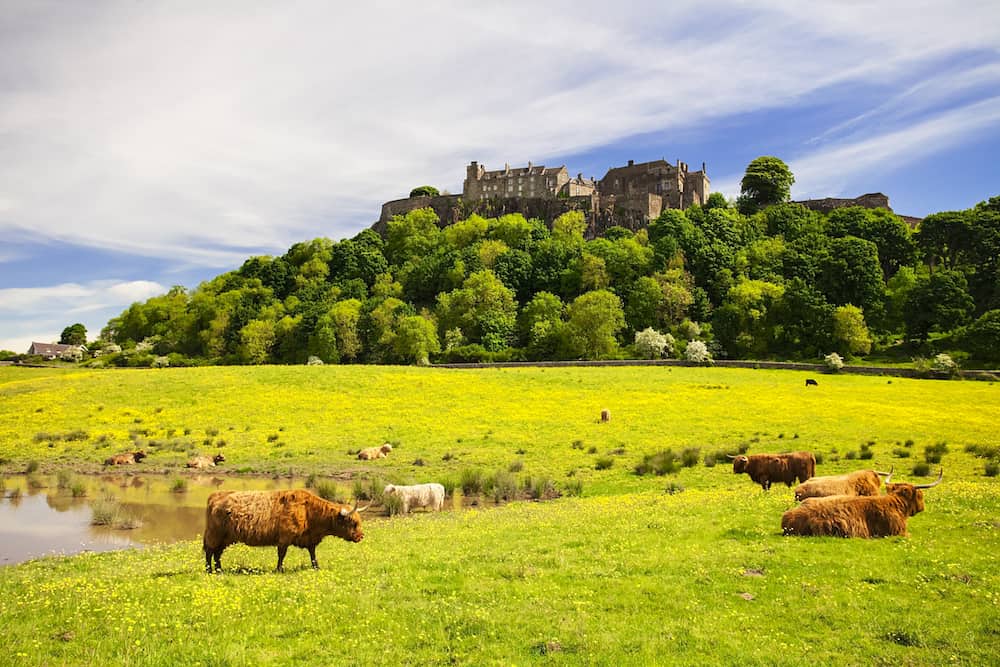 This castle is very versatile, as it is a medieval castle, a fortress, and a grand country mansion in Wales. It houses extensive collections of treasures from India, all of which are incredibly remarkable. It also features impressive gardens, a huge parkland, and gorgeous terraces. 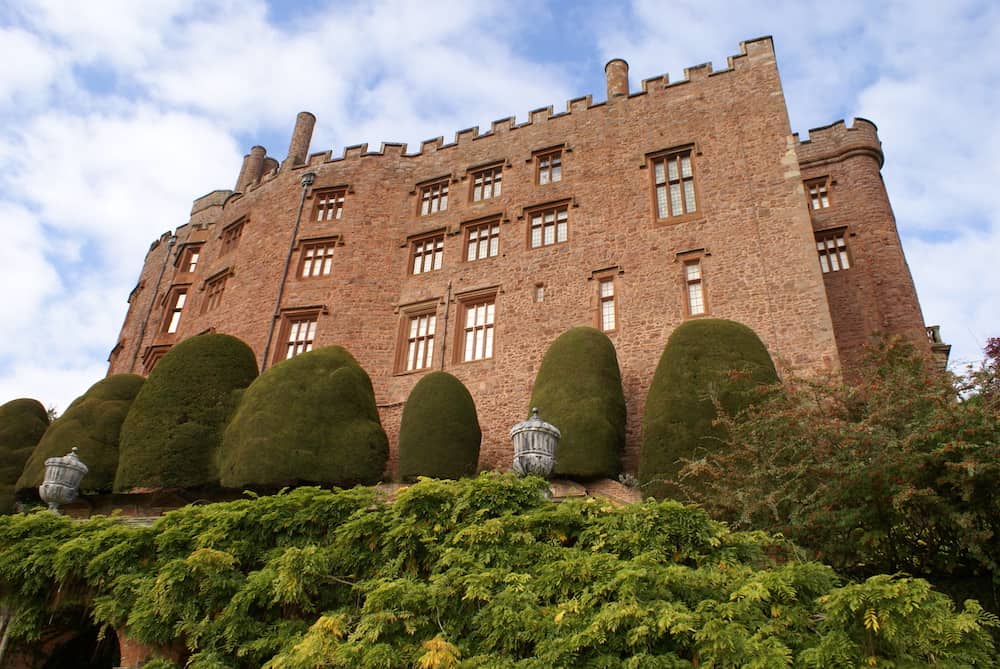 Located in Parco del Valentine, Italy, it’s remarkable to say the least. It has a tranquil atmosphere, an amazing top to bottom over view, and an excellent architecture. This is a castle that make fairytale castles look like mere imitations, and has inspired castle designs around the world. 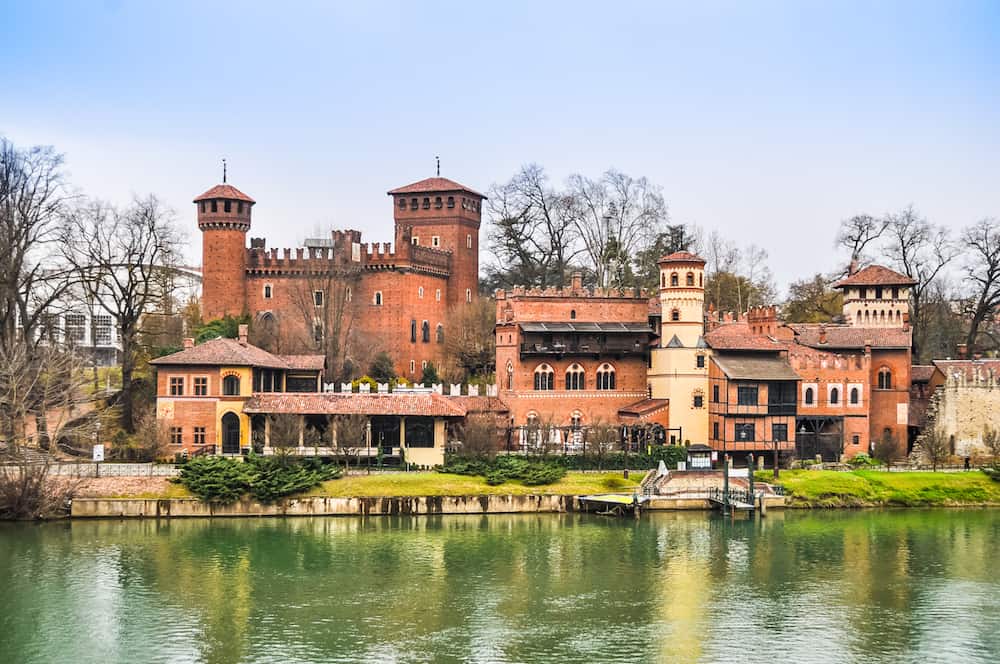 This castle is located on the top of one of the hills overlooking the old town of Sion in Switzerland. It also, carries a lot of history and various evidences of the people who had lived in it. 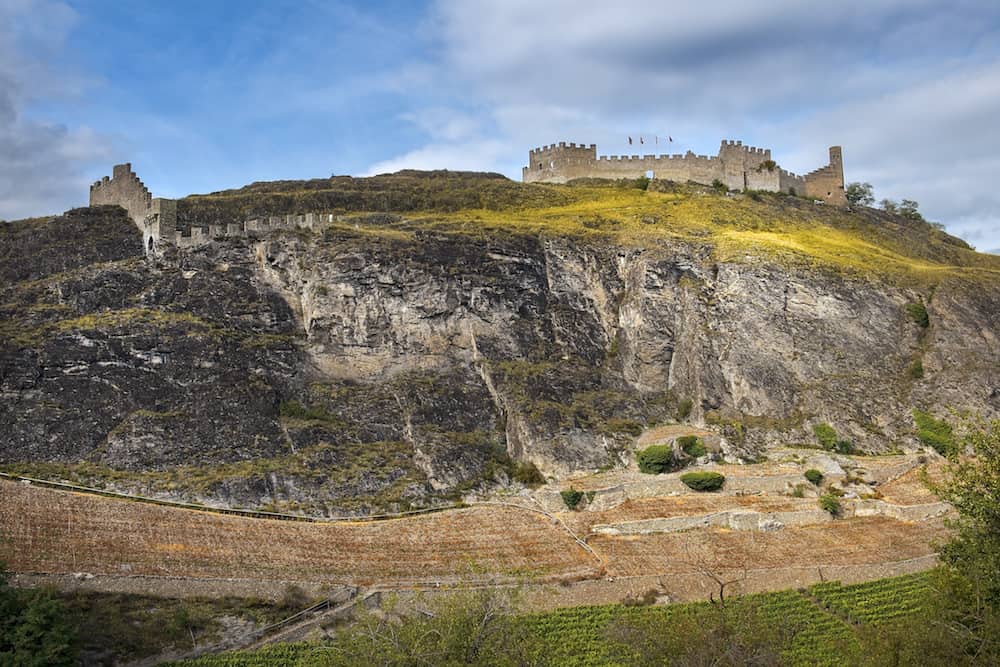 The Warkworth castle located in England is a ruined middle aged monument. This hill top fortress offers fantastic sights and a great experience. 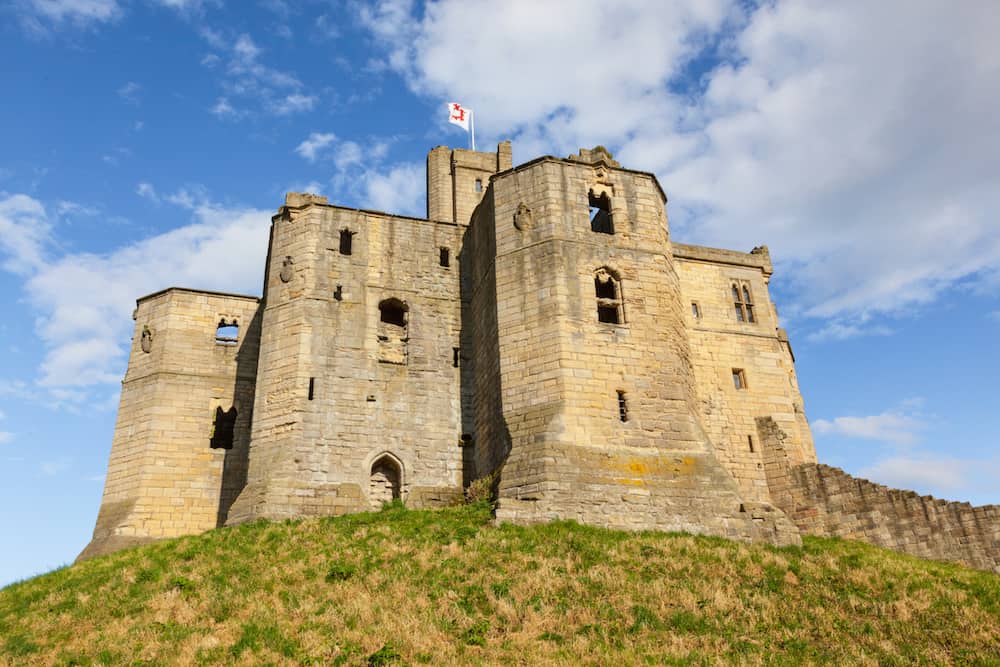 The Edo Castle located in Tokyo, Japan. It’s an imperial palace made from wood, granite stone, and earthwork. The Edo castle is truly an exceptional castle owing to its fine detailing and glorious outburst. It is a simple looking, but complex building situated with a bounty of artefacts and historical items. 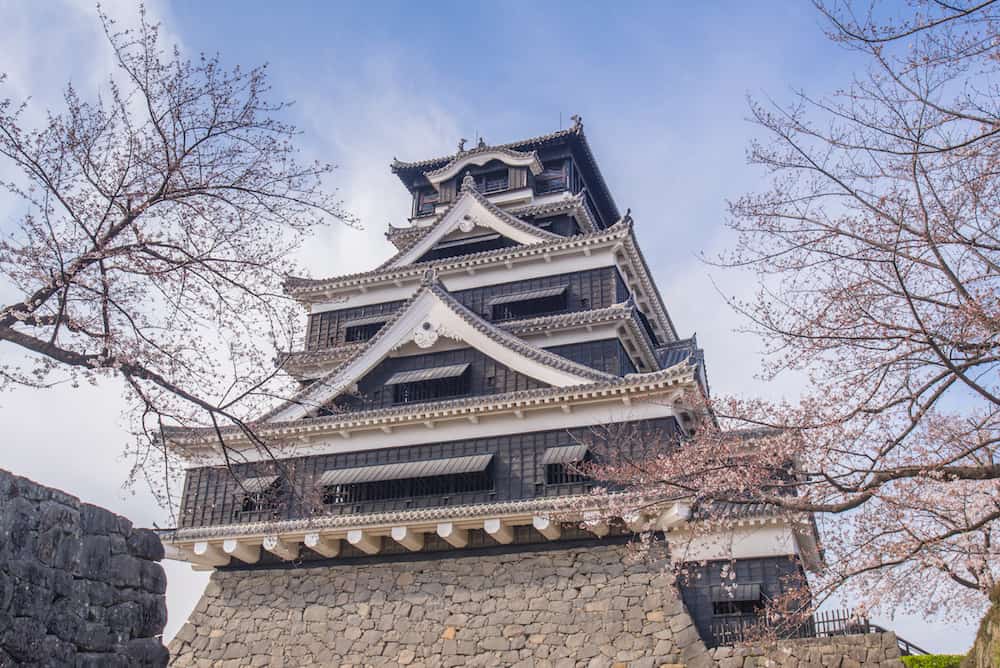 The aforementioned castles are beautiful options if you’re really a lover of intricate architectural designs would leave you fascinated. 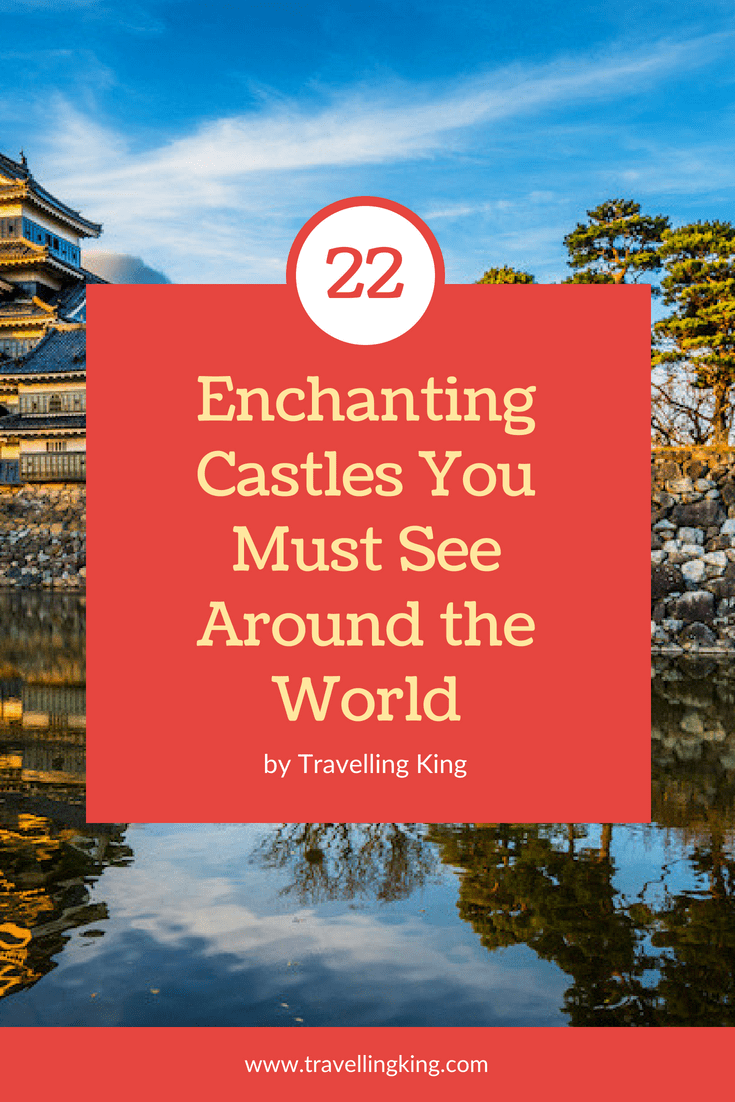