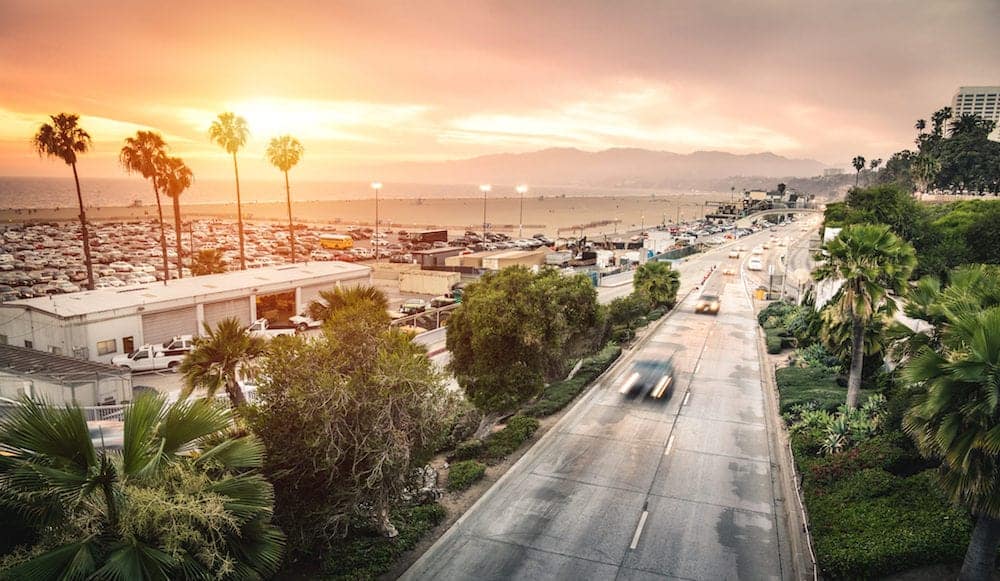 Los Angeles, California is best known as the epicenter of the film and Television industry and is best known by the district of Hollywood, associated with glamour and movie stars. Los Angeles also happens to be the third largest city in the United States, and is the gateway for many imported goods that come through the nations largest container port.

Rivaled only by New York for the number of starring roles in movies and television, a visit to Los Angeles is most likely on any travelers bucket list. Here are just a few things to do when visiting “the City of Angels” or “La La Land.”

First and foremost, that infamous Hollywood sign that you’ve seen in so many movies and TV shows. You can’t leave Los Angeles without a photo of the sign that has loomed over Los Angeles since 1923. The sign is actually mounted on Mount Lee, in the Hollywood Hills area. There are several spots around the city where you can catch a glimpse of the sign, including the Hollywood Bowl Overlook on Mulholland Drive, and you can also hike up to the sign itself for a close-up view. 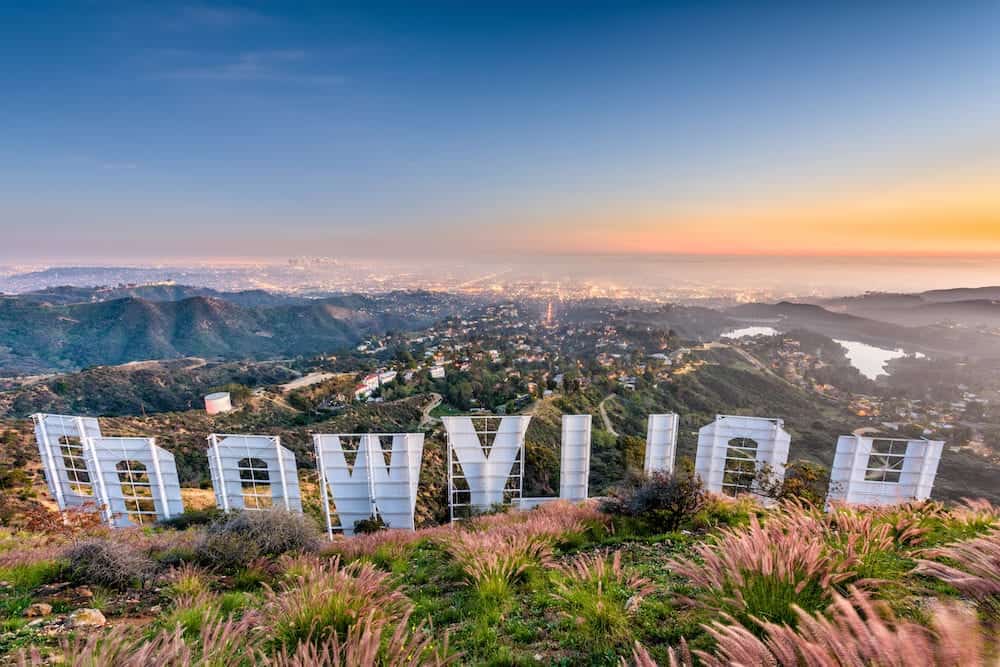 Griffith Park is like the Central Park of Los Angeles, but completely different! It is a huge park, the second-largest in California, and encompasses enough attractions to occupy multiple days in your Los Angeles itinerary. You can visit the Autry National Center, Griffith Observatory, Los Angeles Zoo plus many hiking and equestrian trails. You will likely recognize this area from films as well, with Griffith Observatory being quite famous for James Dean’s Rebel Without a Cause filming here in 1955. 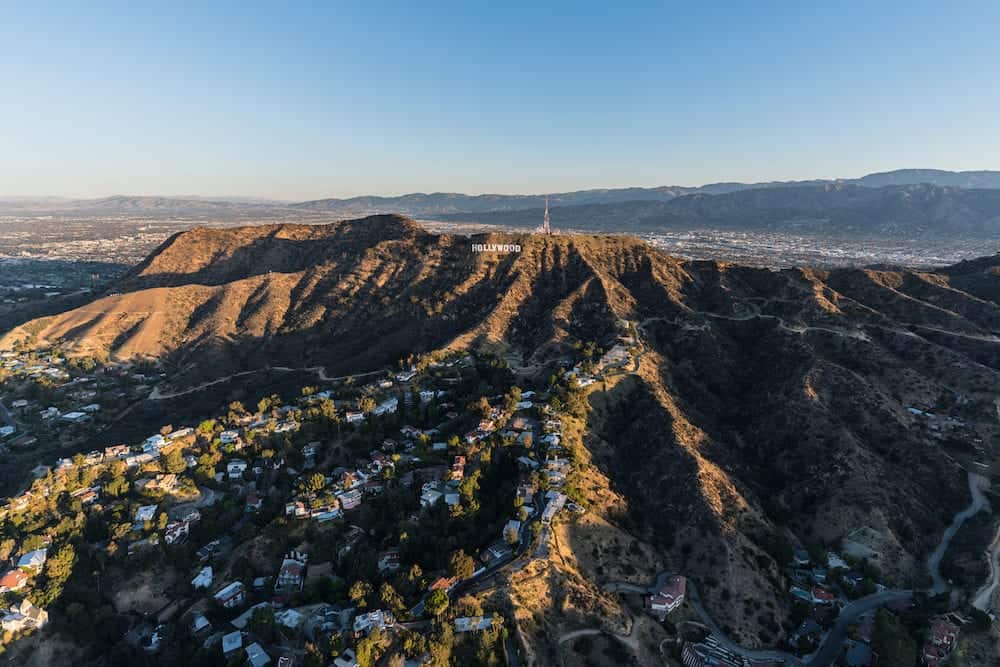 The Hollywood Forever Cemetery is one of Los Angeles’ oldest cemeteries and contains more Hollywood stars than any other cemetery. Put this on your Los Angeles bucket list if you want to see where Cecil B DeMille, Rudolph Valentino, Mel Blanc (voice of Bugs Bunny,) Peter Lorre, Jayne Mansfield, Johnny Ramone, DeeDee Ramone, Bugsy Siegel and other stars and Hollywood founders are buried. 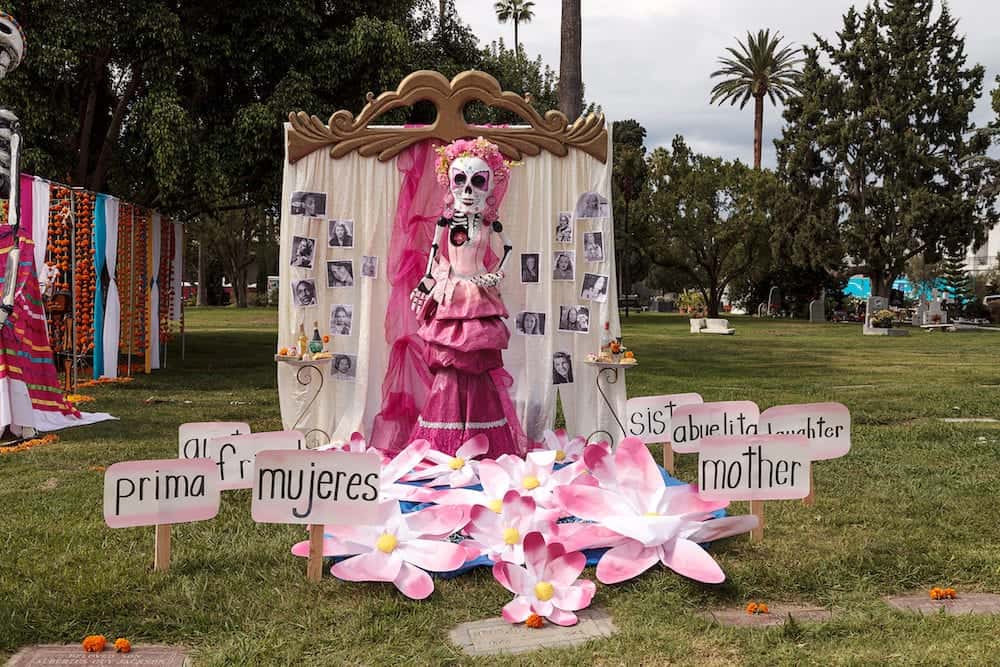 Who hasn’t dreamed of being on “The Price is Right?” So many popular game shows, and talk shows, are filmed in Los Angeles studions that this is a classic stop on any L.A. tourist list. You’ll have to do your research and decide if you want to participate in a show as a contestant, or just hang out in the audience and watch it all go down.

Either way, it’s a popular L.A. activity so you’ll need to plan far in advance of your trip. For talk shows such as Ellen or Jimmy Kimmel, you will need to request tickets from their websites, which appear to book up about six weeks in advance.

This famous section of Hollywood Boulevard is best known for the  walk of fame. It is also the site of Grauman’s Chinese Theater, an iconic movie theater and cultural landmark. The Walk of Fame contains more than 2,600 Hollywood stars commemorating film, TV and radio stars dating back to 1960 when Joanne Woodward received the first star. There is a lengthy nomination process, and a hefty fee associated with a star on the Hollywood Walk of Fame. If you’re lucky, you might catch a new star being awarded. 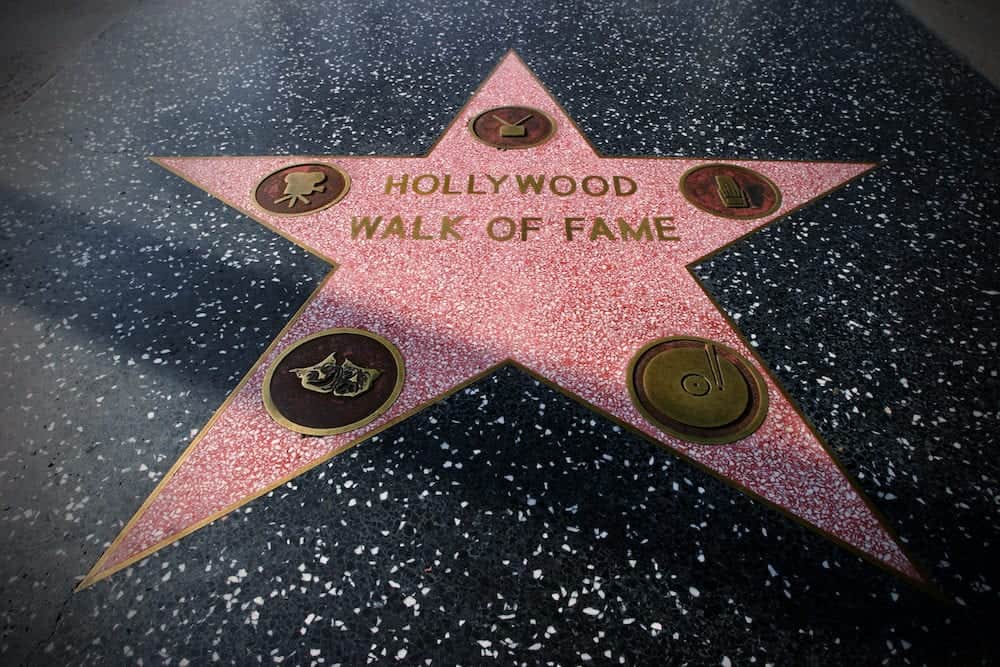 Moving along past the Hollywood Walk of Fame, the rest of Hollywood Boulevard contains enough attractions to fill the rest of your day. There is the Dolby Theater, where the Academy Awards are filmed. The Hollywood & Highland shopping and entertainment complex has over 70 stores and 25 restaurants.

The El Capitan theater is owned by the Walt Disney company and shows first-run and classic Disney shows. And, the heart of every tourist district is Madame Tussaud’s Wax Museum, where you can pose with hundreds of life-life celebrity wax replicas. 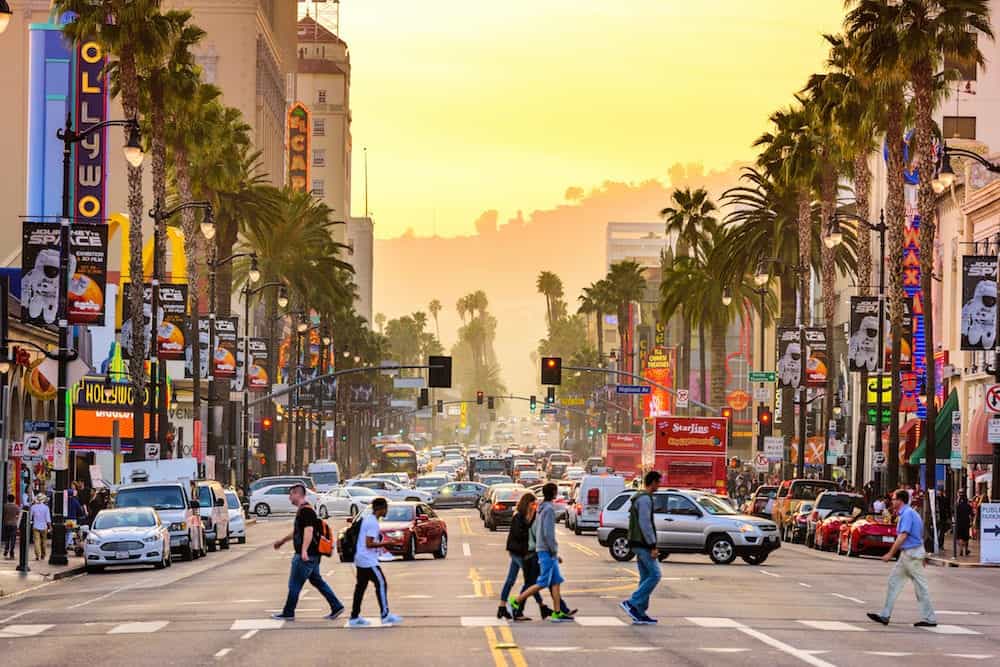 This two-mile street in the Beverly Hills area of Los Angeles is synonymous with shopping and celebrities. Anchored by the Beverly Wilshire at one end, Rodeo Drive is the place to come if you want to shop Balenciaga, Burberry, Cartier, Harry Winston and others. Odds are pretty high of catching a celebrity stocking up on the latest fashion here. 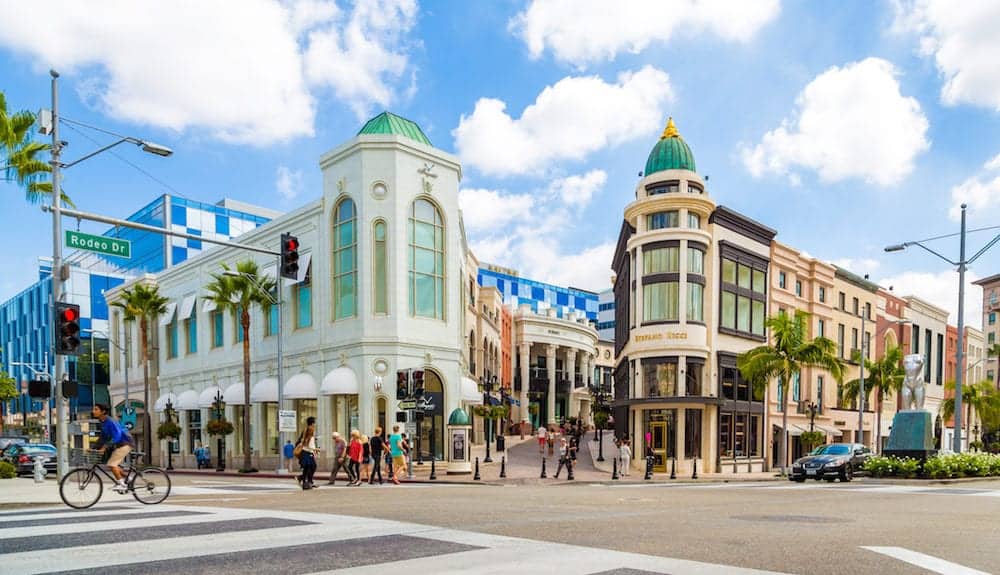 Another shopping hot spot in Los Angeles is the Grove Shopping Center. This high-end shopping mall has dozens of retail shops and restaurants, a movie theater, and for a long time was the live location where Mario Lopez filmed Entertainment Tonight. This is also a great spot for celebrity spotting as most stars love to shop, it seems!

While Disneyland is technically in nearby Anaheim, this iconic theme park has been entertaining Los Angeles visitors, and celebrities since 1955. It’s actually the only Disney park that was built under Walt’s direct supervision. At Disneyland, you can participate in rides like Alice in Wonderland, the Haunted Mansion, Matterhorn Bobsleds and Space Mountain. If that’s not enough, you can also visit Disney California Adventure Park, where stories from Disney and Pixar come to life. 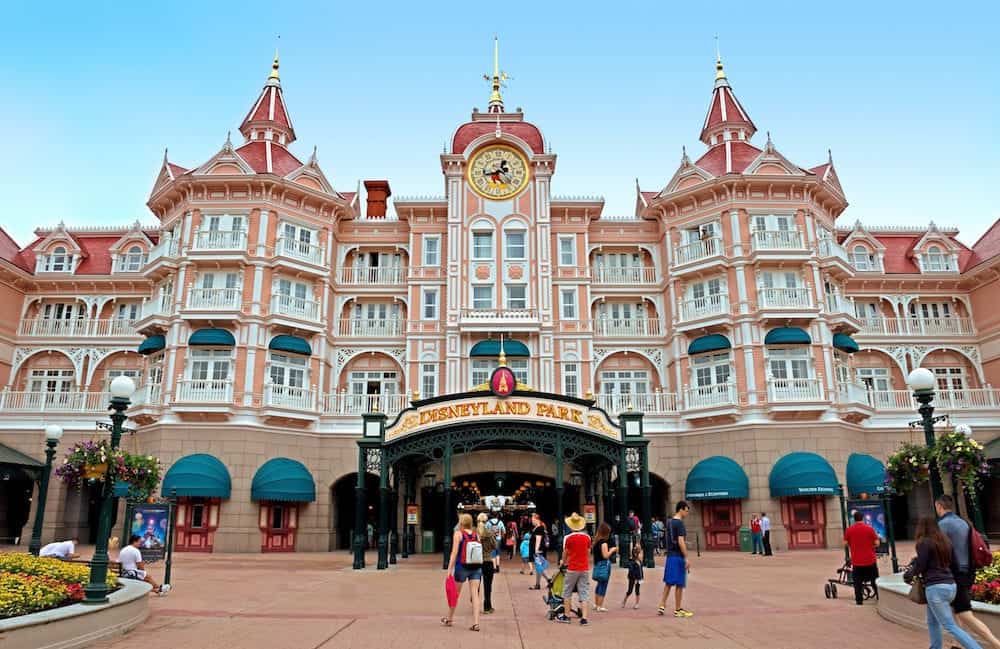 Another theme park option, located in Universal City, is the Universal Studios Hollywood complex. The Studio Tour will take you behind the scenes of some of your favorite movies and TV shows, or you can visit the Wizarding World of Harry Potter, ride the Jurassic Park ride, meet characters like the Simpsons, or spend an evening club-hopping at Universal City Walk. Skip the line tickets are the best option as you’re able to get in the park and on rides quicker. 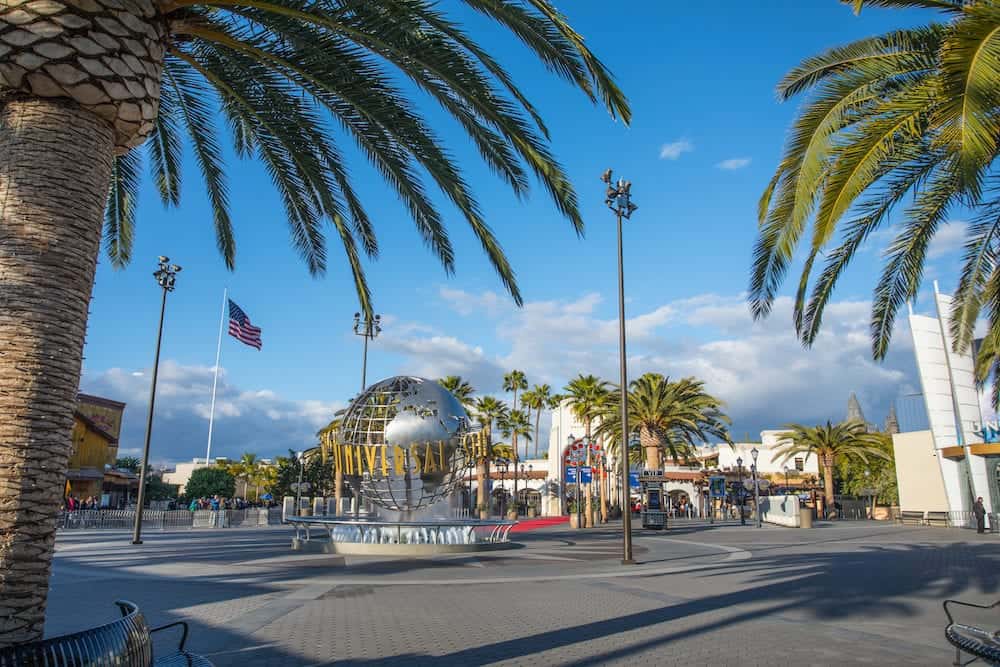 This outdoor entertainment venue is regularly voted as one of the best in the country. The bandshell is easily recognizable, and you can visit it yourself and attend a live concert, performance by the Los Angeles Philharmonic, or see a movie. There is also a museum on site, showcasing the history of this Los Angeles landmark. 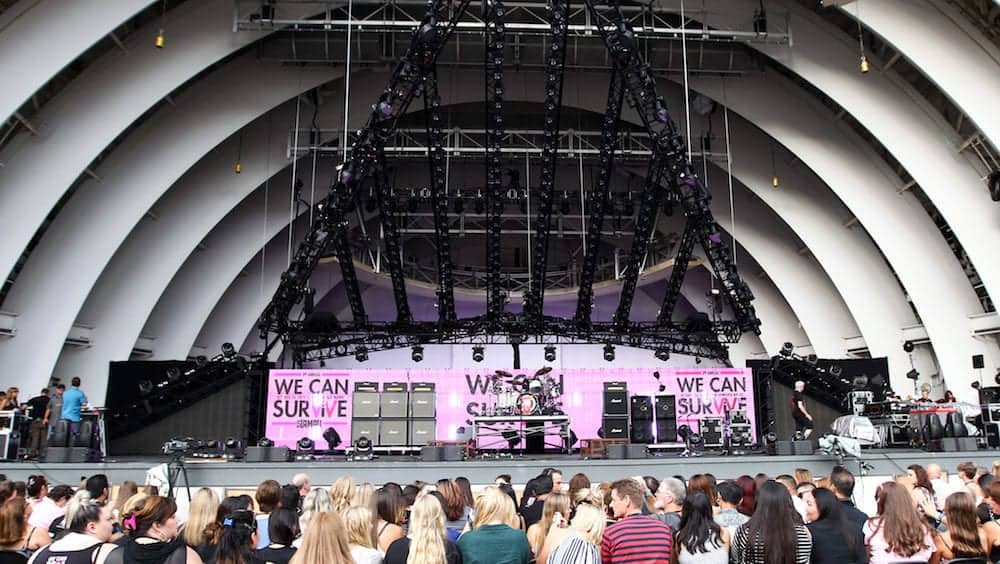 The Getty Center in Los Angeles is the campus of the Getty Museum, with “the Getty” being one of the largest arts organizations in the world. Not only is this a great destination for art lovers, the setting and gardens of the Getty Center make this worth a visit. The center is perched on a hill looking over Los Angeles, and is accessed via funicular, which are not that common in the United States. 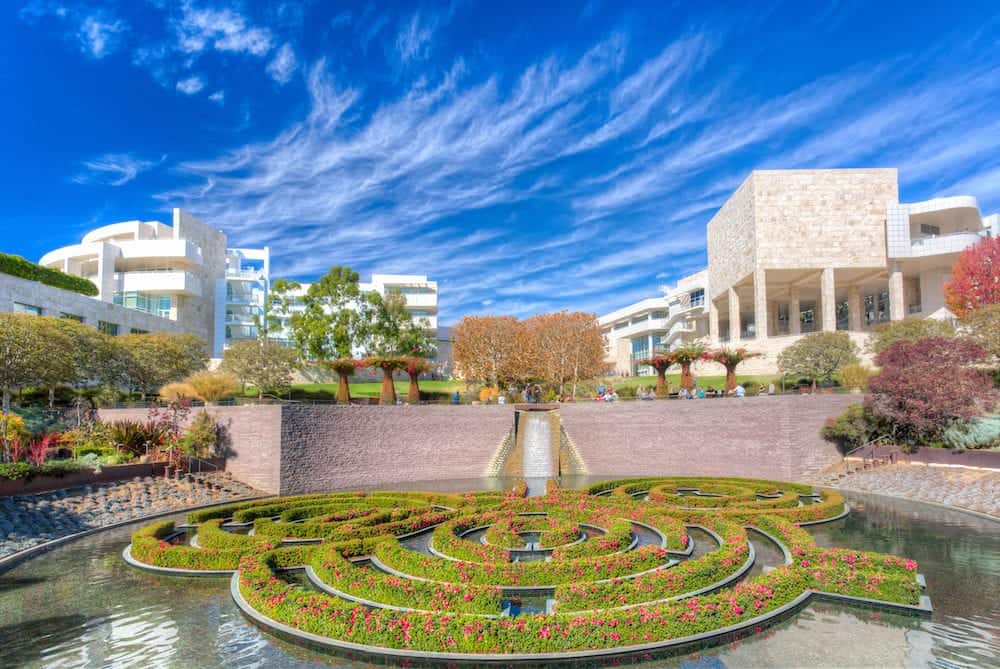 New York had CBGB, while Los Angeles has the Viper Room. This gritty nightclub on the Sunset Strip opened in 1993 and has been the scene of up and coming rock acts, a popular hangout for Hollywood’s rock crowd, and is also where River Phoenix died in 1993. The club was founded by Johnny Depp, who helped make this place famous back in the day. Today you can still see live music in this landmark location.

A visit to California isn’t complete without a visit to the ocean. Santa Monica Pier has been around for more than 100 years, and is a great place to spend a sunny afternoon. At the pier, you’ll find Pacific Park, an amusement park great for all ages. There’s also an aquarium, tons of food spots, walking tours, bike rentals and summer concerts. 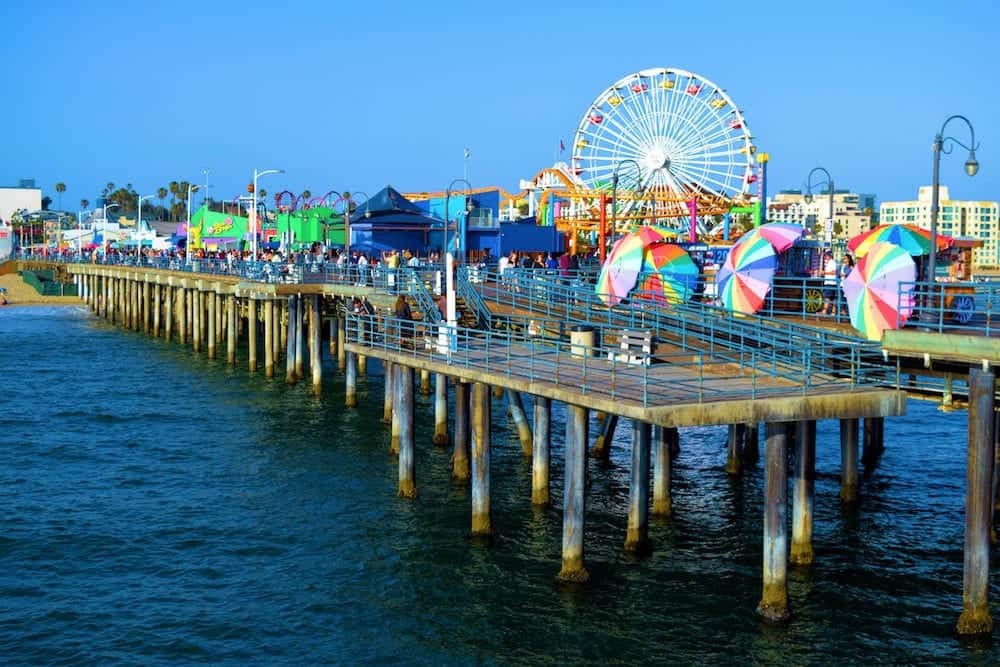 This area is best known for surfers, skaters and a general hippie culture. There’s the boardwalk, seen in so many movies, packed with bikers, rollerbladers and dog-walkers. The beach, of course, and “Muscle Beach” outdoor gym. Venice Beach receives over one million visitors a year, so don’t expect a quiet, romantic beach walk, but there’s great people watching here. 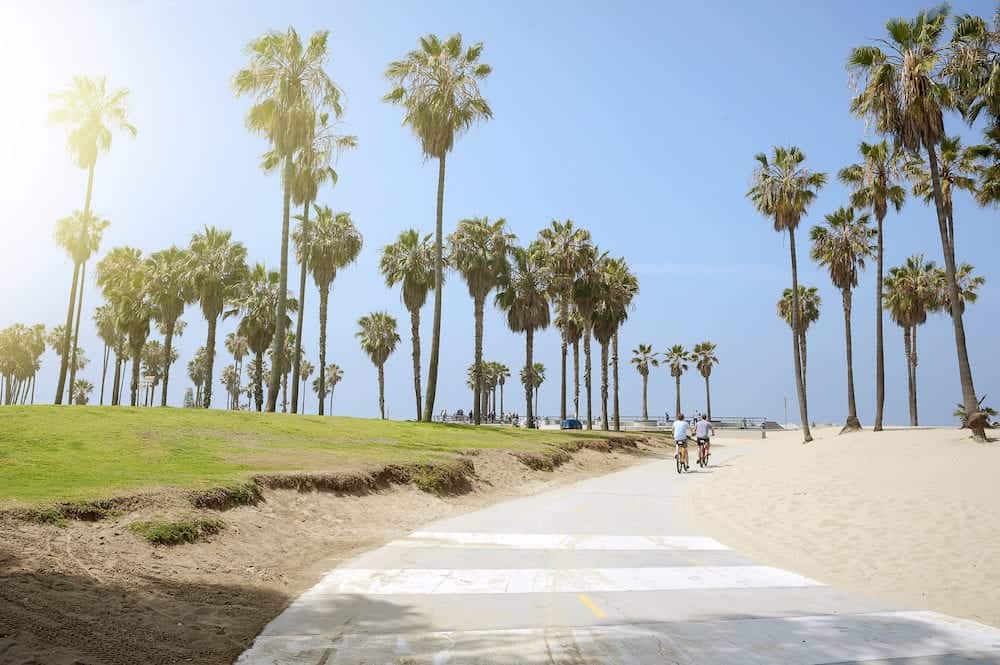 Another favorite spot for outdoor recreation, specifically hiking, is Runyon Canyon. If you’ve seen gossip rag pics of celebs hiking with their dogs, there’s a good chance it was in Runyon Canyon. Runyon Canyon Park offers great views of nearby Hollywood Hills and has a popular 2.4 mile loop hike. 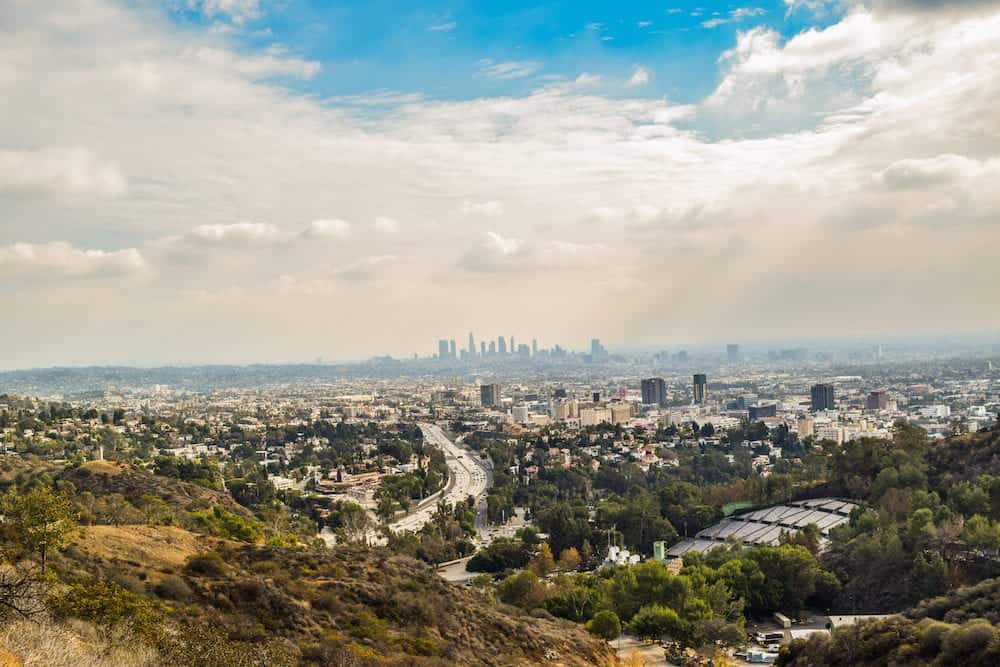 Of course, the ultimate Los Angeles tourist activity is to take a tour of famous Hollywood and Beverly Hills homes. There are many tour operators, including the TMZ Hollywood tour, who will take you out for an afternoon of celeb stalking.

If you want to save some money, and have access to a rental car, there are website that will map out the best spots so you can put together your own celebrity homes tour on your own. 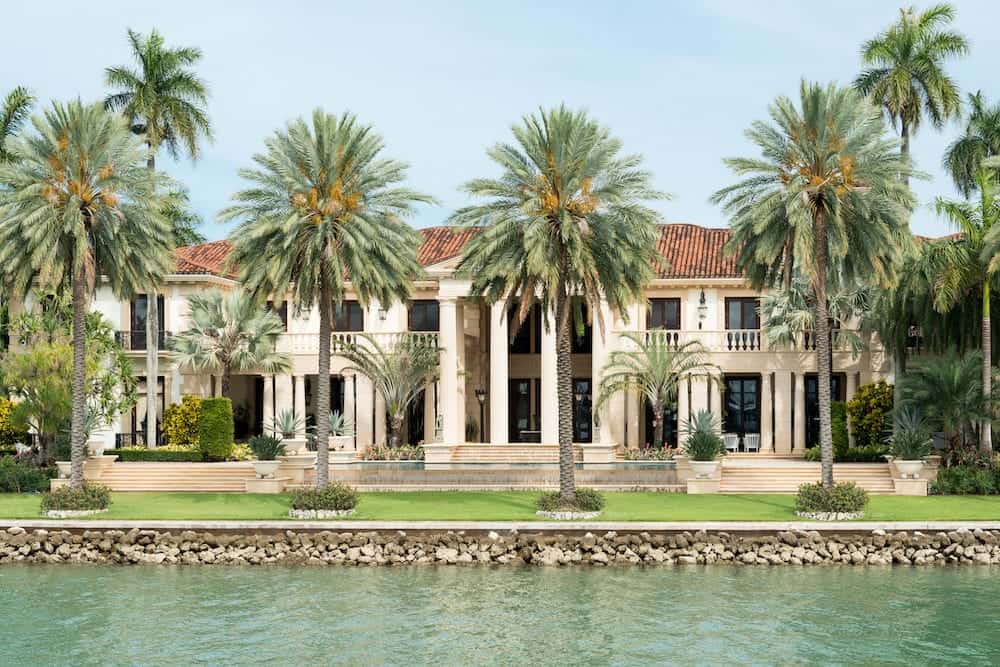 Another icon of Hollywood history, the Chateau Marmont Hotel has been hosting the rich and famous since 1929 and was loosely modeled after a Loire Valley chateau, hence the name. The bungalows at the Chateau have been the scene of much debauchery over the years. This is where John Belushi overdosed in 1982, temporary home of Lindsay Lohan during some of her scandal days, and has provided refuge for many troubled celebrities over the years. You can book a room here, or just pop in for a drink or dinner. 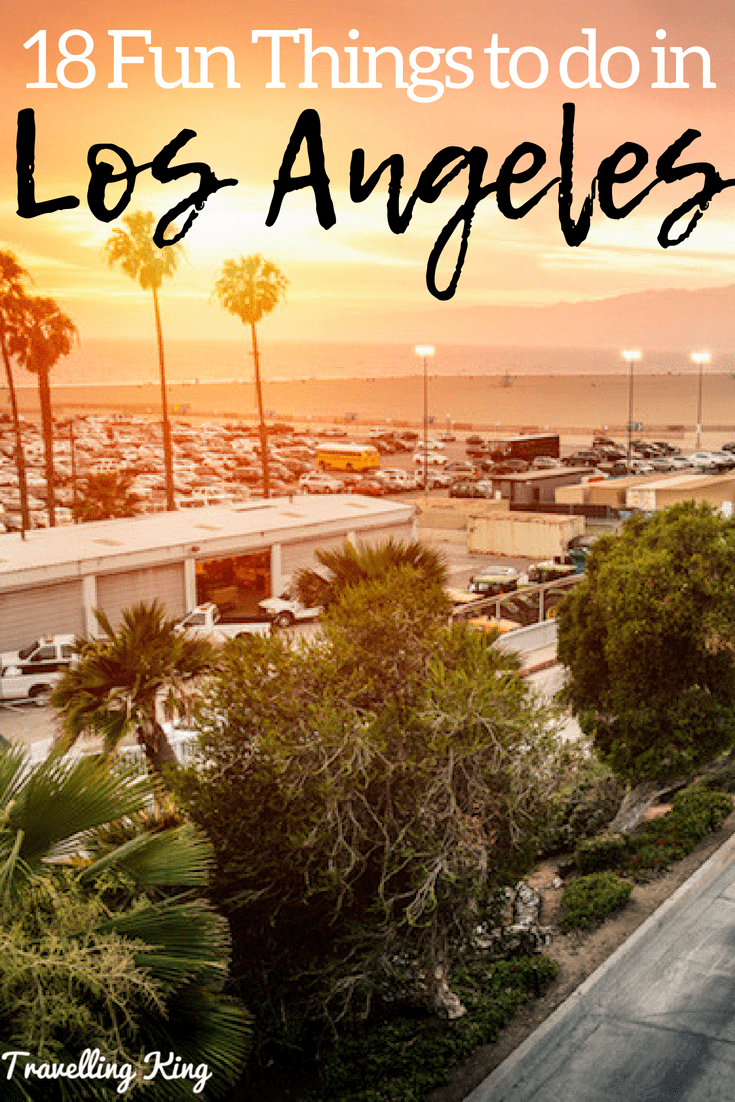 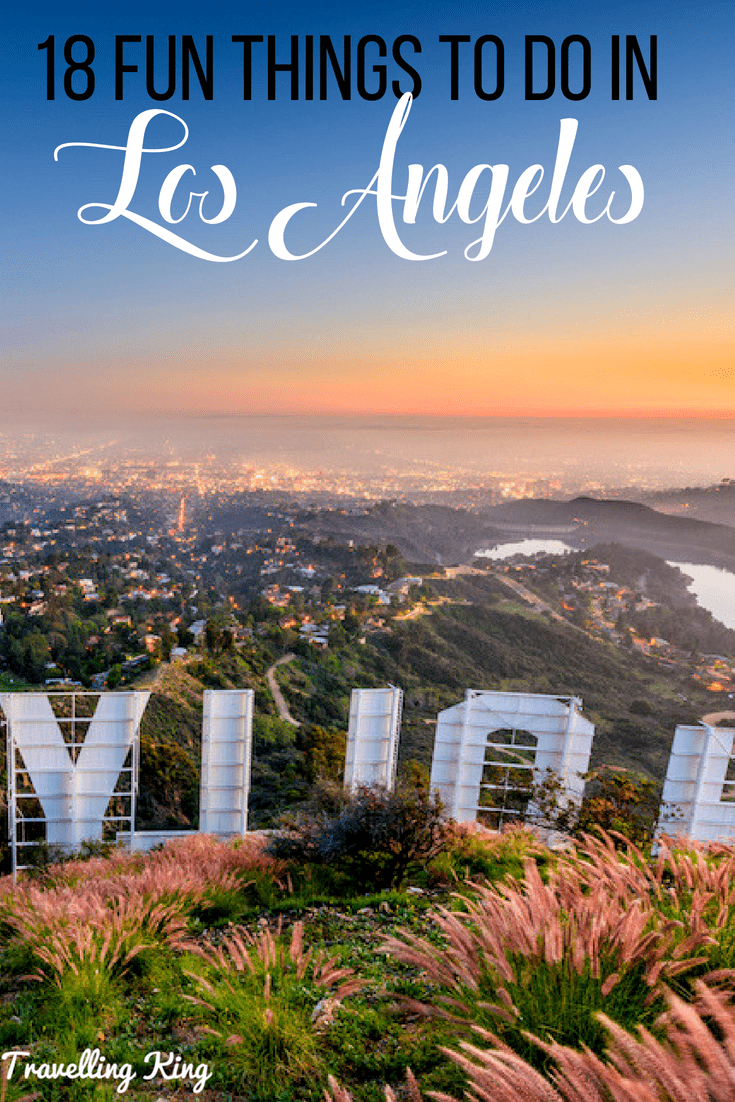 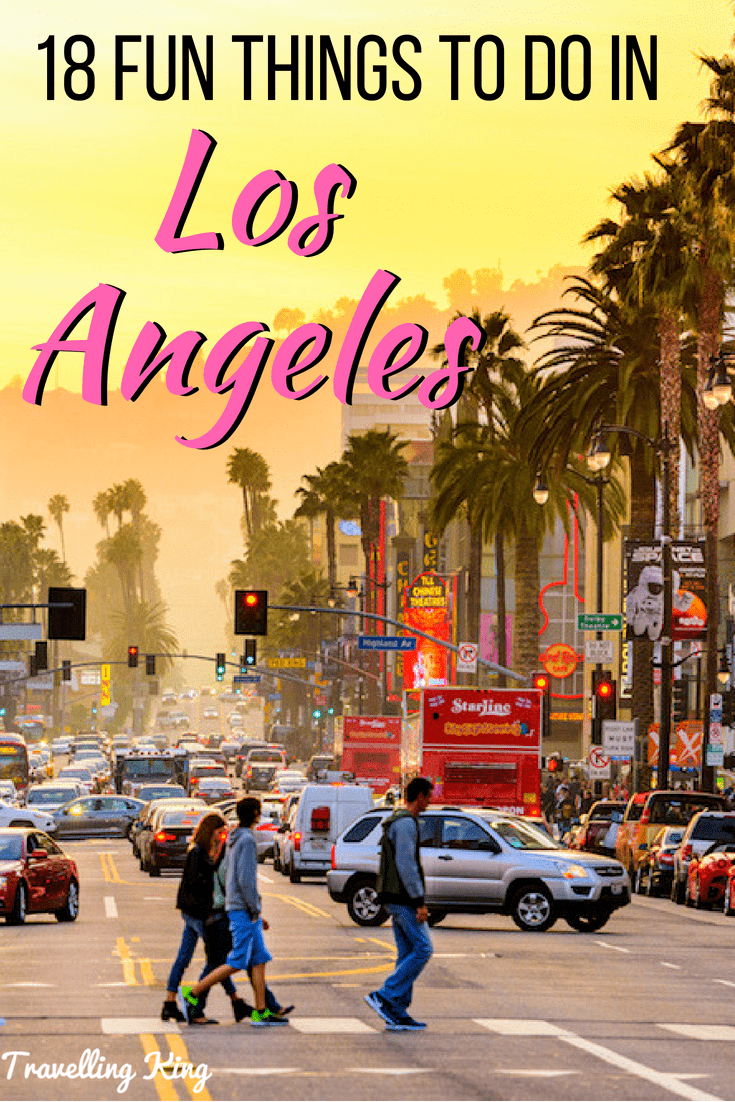