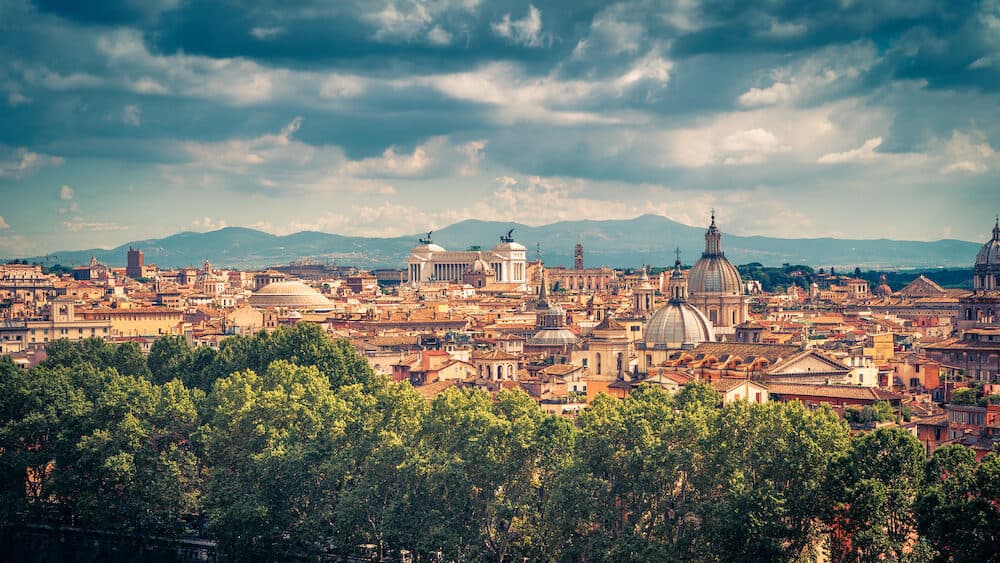 Rome is a beautiful city to visit, with a vibrant city center and some of the best restaurants in the world. It’s very high up on my recommended lists of where to go in Italy! However like most cities, it can be difficult to determine the best neighborhood to stay in Rome. We’ve done our best to provide an overview of each neighborhood close to famous sites, depending on your budget.  Our hot tip: Stay in the Centro Storico, Rome’s historic center, and you’ll be within a few minutes walk to the Spanish Steps, the Pantheon and Trevi Fountain. If you’re looking for stunning views, check out hotels near St. Peter’s Basilica or the Colosseum.

Quick note: Prices will obviously vary from high season to low season, in some cases by almost 50-75%%! High tourist season in Rome begins in May, June and July, then skips August (as it can become extremely hot) and finishes around the end of September. Low Season is basically winter in Rome, which is late October and most of November and March and April which is more spring time.

Rome’s most popular attraction is the Colosseum, an oval amphitheatre in the centre of Rome. It’s the largest amphitheatre ever built, and once held between 50,000 and 80,000 spectators. It was used for gladiator contests and public spectacles executions, re-enactments of famous battles, and dramas based on Classical mythology.

Today you can tour the Colosseum either on your own or with a tour group/private tour. The advantage of going with a tour is that you can get access to the underground chambers and upper tier. If you decide to take the tour on our own, purchase “jump the line” tickets so you aren’t wasting precious time in massive lines. If you have only a short visit and need to know where to stay in Rome for one night, then the Colosseum area is the best place to stay in Rome.

Best places to stay near the Colosseum 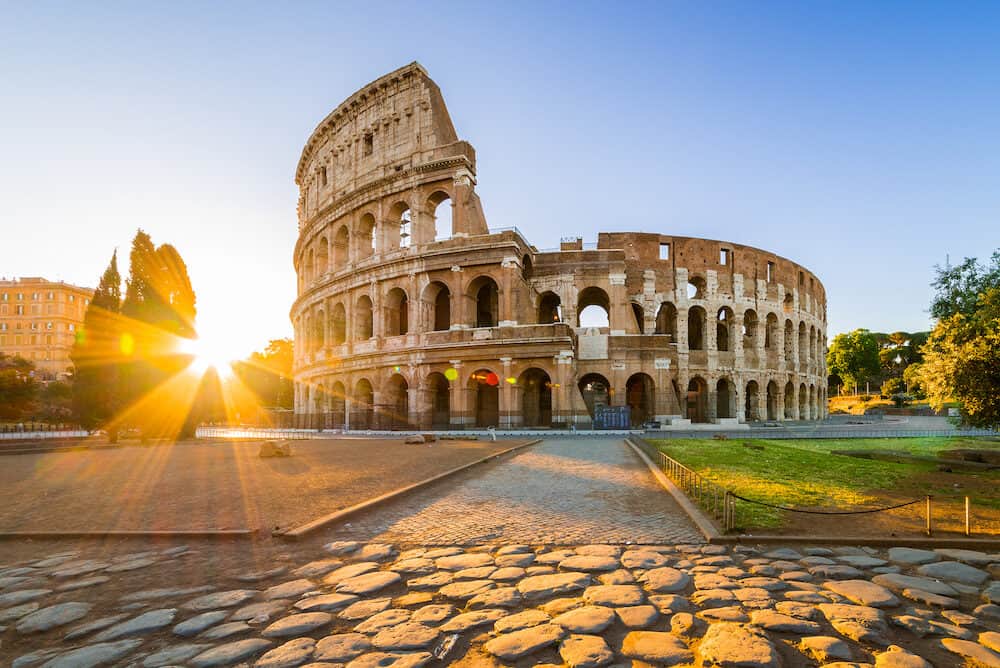 The Spanish Steps are a set of 135 steps that you can climb up to a steep slope between the Piazza di Spagna at the base and Piazza Trinità dei Monti, dominated by the Trinità dei Monti church at the top. Interesting fact…It’s forbidden to eat lunch on the steps,  by Roman urban regulations.

Best places to stay near the Spanish Steps 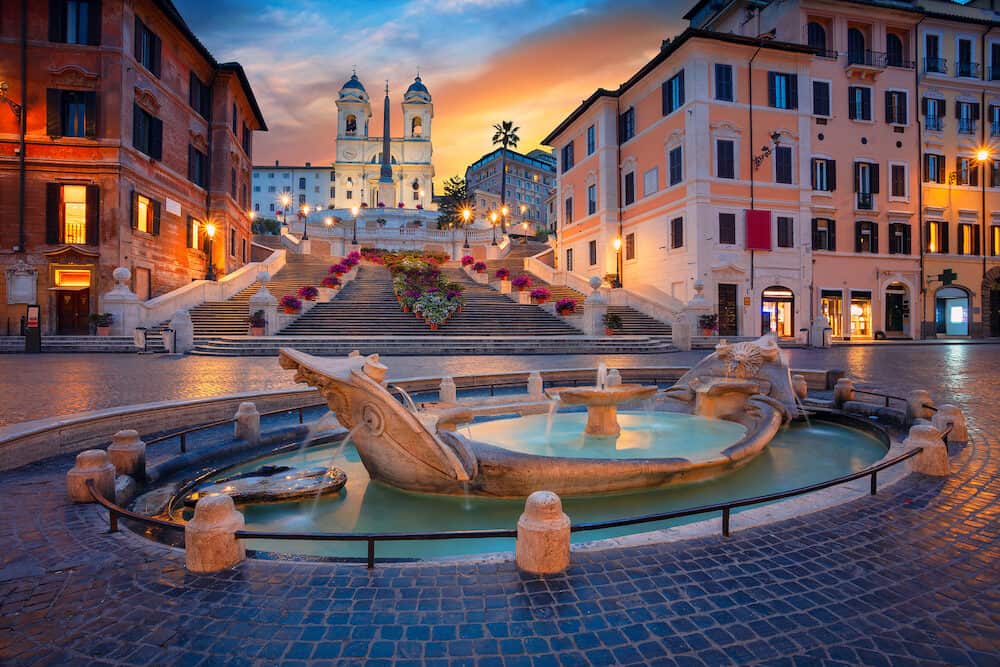 The Pantheon is a former Roman temple, which has now been converted into a church. It’s located on the site of an earlier temple commissioned by Marcus Agrippa during the reign of Augustus. It’s one of the best-preserved of all Ancient Roman buildings in Rome and it is surrounded by delicious Italian cafes. Make sure to stop and enjoy the food and the view. Just a four minute walk from the Pantheon is Piazza Navona, one of Rome’s most popular squares which houses three beautiful fountains.

Best places to stay near the Pantheon 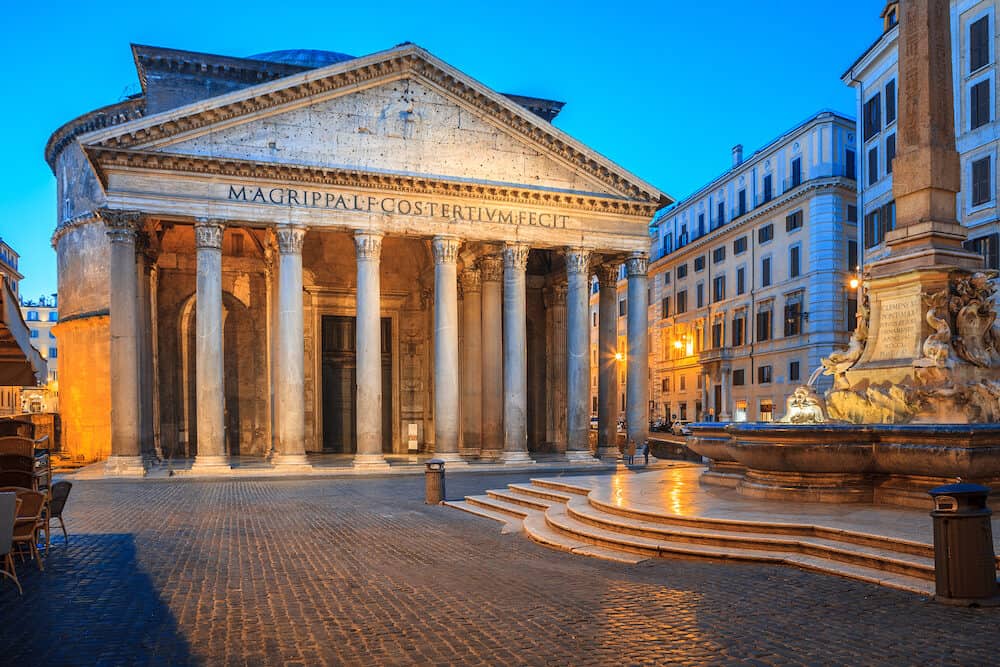 The Trevi Fountain is a fountain in the Trevi district in Rome, originally designed by Italian architect Nicola Salvi and completed by Pietro Bracci. It’s one of the most famous fountains in the world and it’s said if you throw a coin using the right hand over the left shoulder into the Trevi Fountain, it will ensure that you will return to Rome again in the future.

Best places to stay near the Trevi Fountain 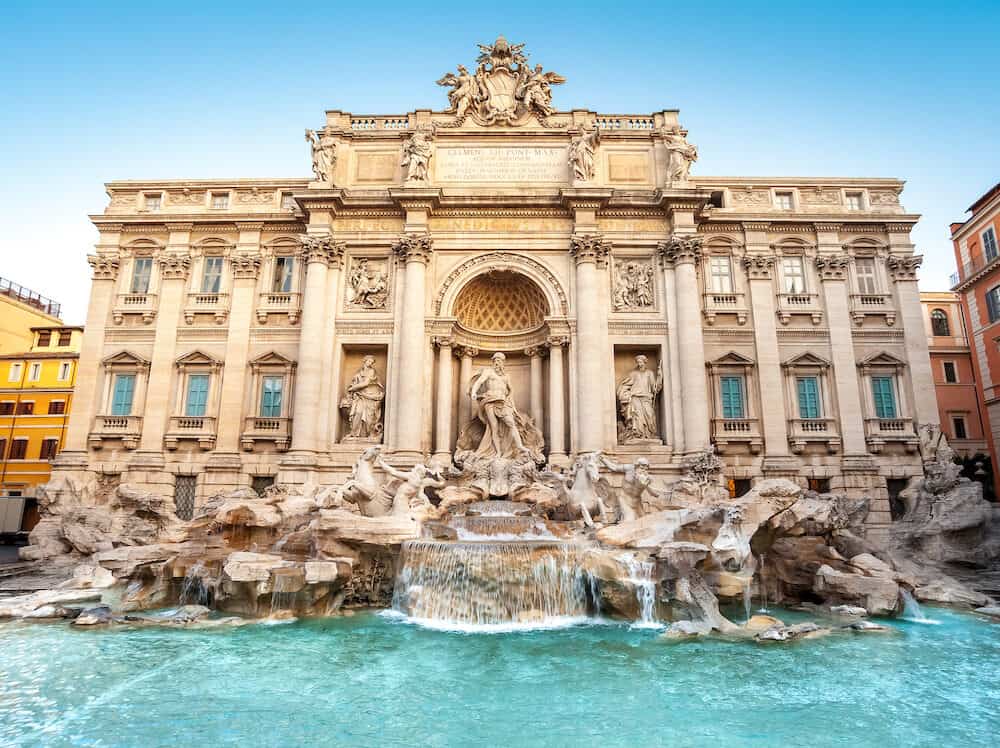 While not as popular as the Trevi Fountain or the Colosseum, the Roman Forum is a rectangular forum surrounded by the ruins of several important ancient government buildings at the center of Rome. Many of the oldest and most important structures of the ancient city were located on or near the Forum. You can get the best view of the Roman Forum Palatine Hill.

Best places to stay near the Roman Forum 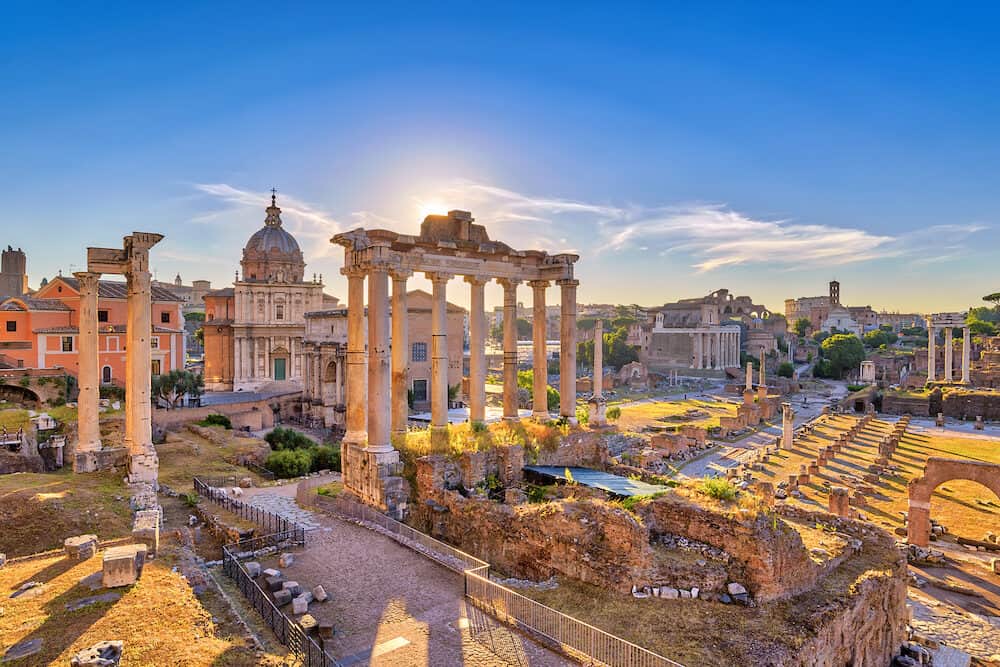 Vatican City is an independent city-state surrounded by Rome. It’s the headquarters of the Roman Catholic Church and home of the Pope. Within the Vatican City are religious and cultural sites such as St. Peter’s Basilica, the Sistine Chapel and the Vatican Museums. The attractions feature some of the world’s most famous paintings and sculptures. If you would like to visit Vatican City, I’d recommend putting a whole day aside as there is a lot to see, don’t rush yourself and once again if you decide to do a self tour I’d recommend purchasing “jump the line” tickets as the lines to get in can be very long!

Best places to stay near the Vatican City 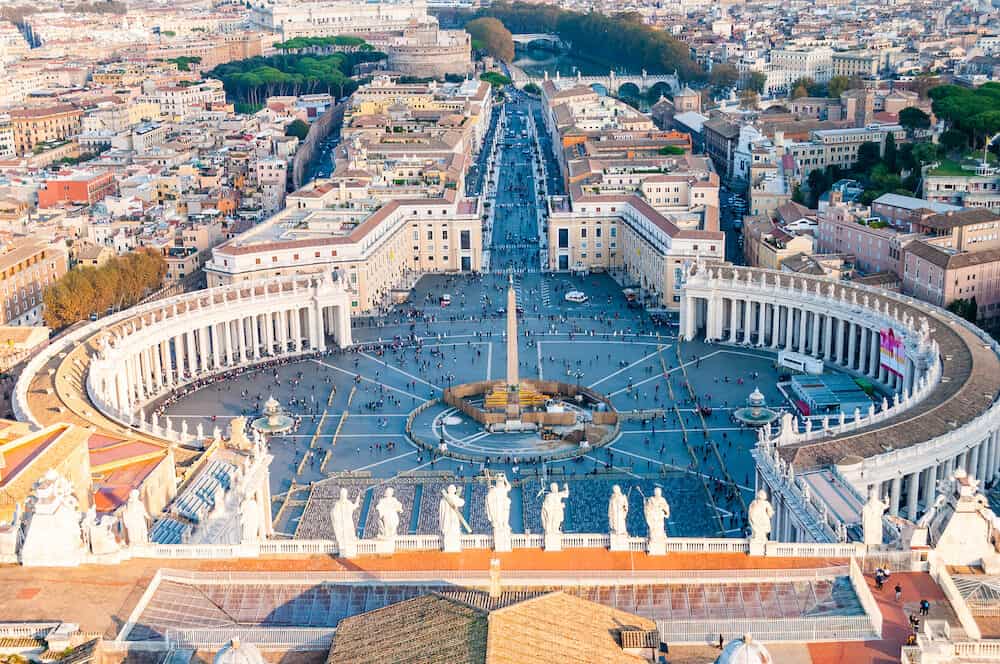 St. Peter’s Basilica is an Italian Renaissance church in Vatican City. Catholic tradition holds that the Basilica is the burial site of St. Peter, one of Christ’s Apostles and supposedly, St. Peter’s tomb is directly below the high altar of the Basilica. The Large dome was designed by Michelangelo, and you can climb to the top of the Dome which is 551 steps. (A good way to work off all the delicious Italian food!) Or you can take the easy way up and take the elevator; there is of course an admission fee. You have 360 degree views of St Peter’s Square and the city of Rome from the top. 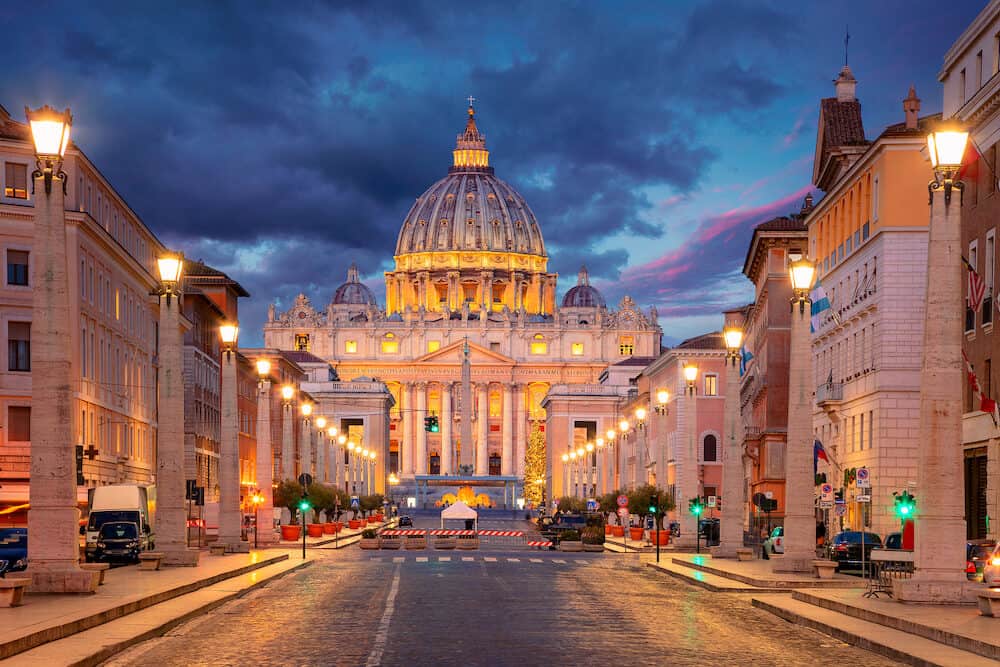 Trastevere neighborhood – Where to stay in Rome for foodies

For a more local experience in Rome, consider staying in the Trastevere neighborhood. Located along the River Tiber, south of Vatican City, the Roma Trastevere train station offers easy access to other neighborhoods of Rome, including the airport. This is the best place to stay in in Rome for those who’ve already done the tourists sites and are seeking a more laid-back, authentic Rome experience.

Lose yourself amongst the winding, medieval cobblestone streets, shopping in boutiques along the way. If the famed shopping street of Via Veneto is too pricy for your shopping budget, check out the back streets of Trastevere. If you plan to spend a lot of time visiting the main Roman sites, consider staying close to the Metro station. Just across the river from Trastevere is Rome’s Jewish Ghetto, a unique and historic destination in Rome.

Best places to stay near Trastevere 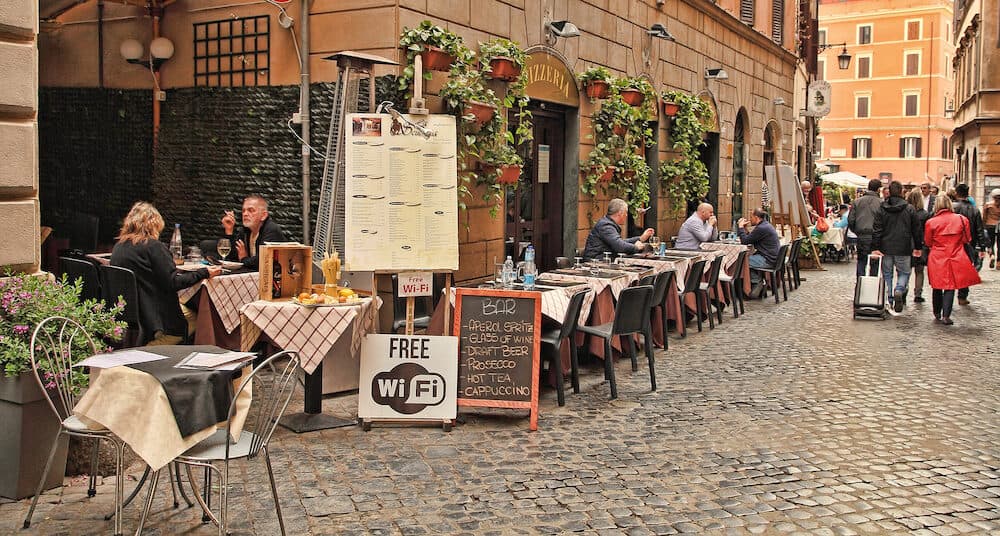 Centro Storico neighborhood- Where to stay in Rome for one night

Rome’s Centro Storico is the historic center of Rome, where you’ll find most of the major Rome attractions, and adjacent to Vatican City. For first time visitors to Rome, this is the best area to stay in Rome, as you’ll be able to walk all over, and save time from commuting back and forth to Rome’s city center. In the Centro Storico, famous Rome sights like the Trevi Fountain, the Pantheon, Piazza Navona and the Colosseum are all within waking distance of Rome hotels located in Centro Storico. Expect to pay a premium for the convenience, and restaurants here will be more tourist-oriented, but you truly can’t beat the location for a first time visit to Rome. 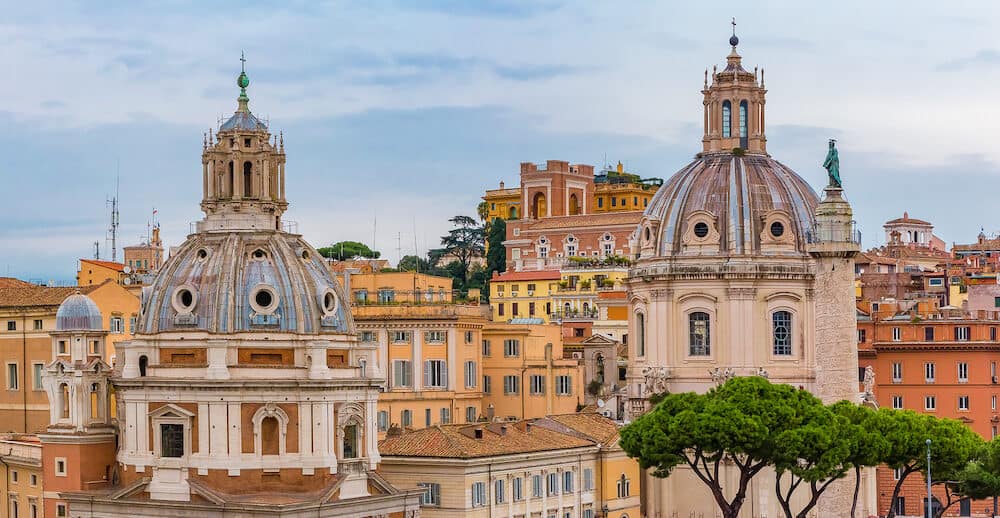 For a unique place to stay in Rome, or for budget Rome accommodations, consider the working class neighborhood of Testaccio. A defining feature of this area is the Monte dei Cocci, an ancient mound of over 50 million Roman clay vessels. As gentrification moves through Testaccio, more travelers begin to discover this Rome district. The Mercato Testaccio has been open for over 100 years, and offers everything from shoes to fresh produce. The market is a great spot to grab some takeaway, too. The neighborhood is full of cafes and coffee bars, bakeries and butchers. If you have visited Rome before, and prefer to have a more local, authentic experience, then Testaccio is a great place to stay in Rome.

Best places to stay near Testaccio 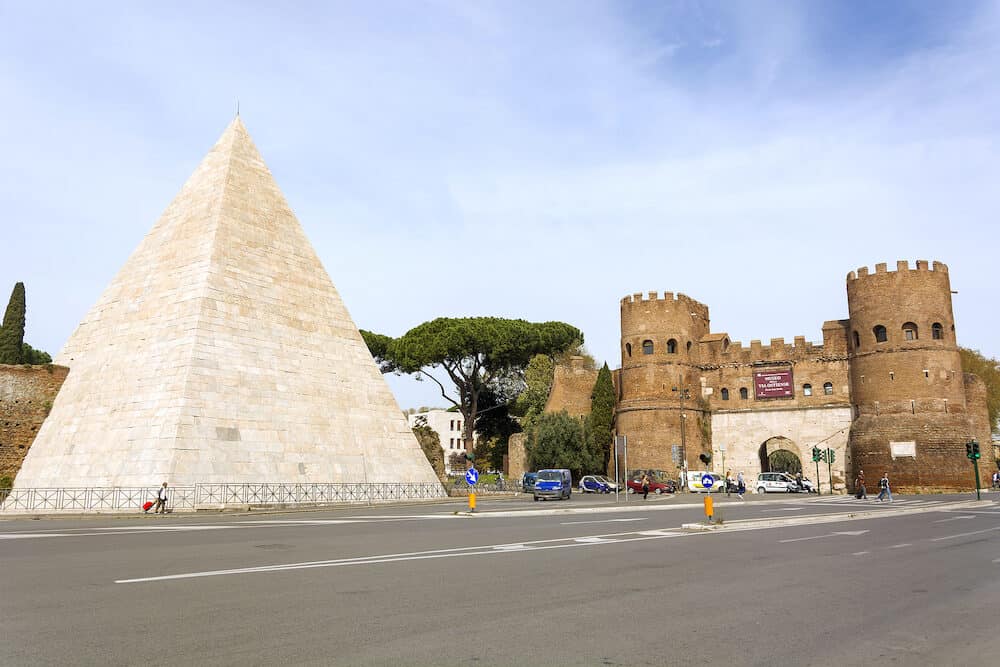 Piazza del Popolo – Where to stay in Rome for shopping

Just north of Centro Historico is the area of Piazza del Popolo, named for the nearby church of Santa Maria del Popolo. During the Roman Empire, this plaza was how most visitors entered Rome, and it remains one of Rome’s most popular plazas today. Shoppers will enjoy Rome’s high street, Via del Corso, which radiates out from Piazza del Popolo. Given the proximity to Centro Storico, and easy access to Rome’s sites, Piazza del Popolo is a great place to stay in Rome for anyone wanting to be near the city center, with a bit more breathing room or budget-friendly hotel options. 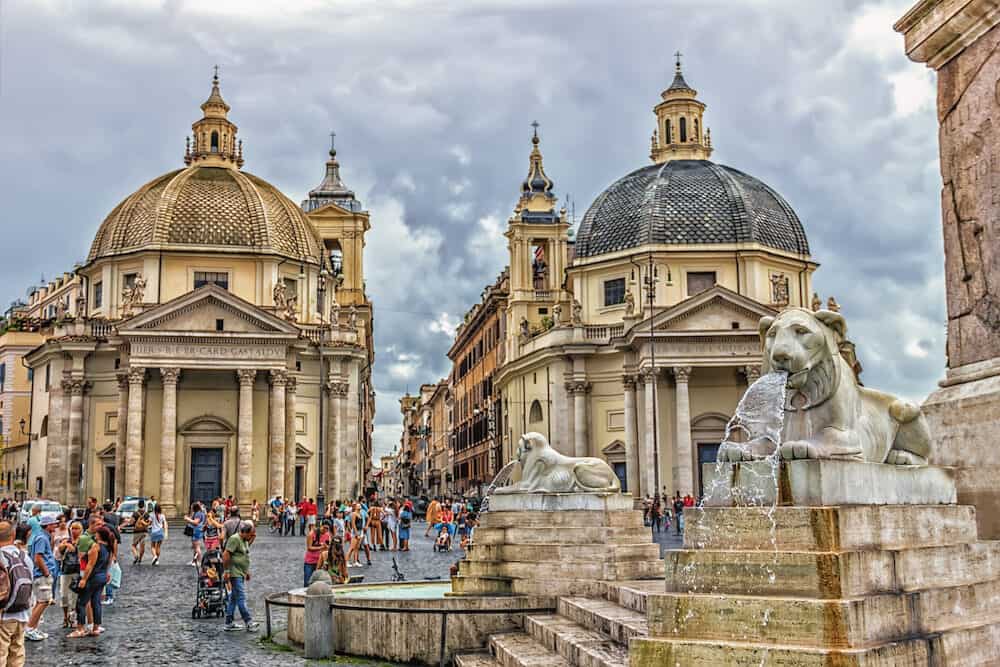 Adjacent to the Piazza del Popolo is Villa Borghese, one of Rome’s largest public parks. The English gardens are home to a number of museums and attractions, including the Borghese gallery. Commissioned in the 17th century by the Borghese family, the park also hosts horse races and festivals at the race course. The Galleria Borghese is a 17th century villa of Cardinal Scipione Borghese, which now houses artwork that includes sculptures by Bernini, and the building itself is a piece of art to be admired.

The Villa Medici is a Renaissance Palace which houses the French Academy. If you are visiting Rome with children, the Bioparco di Roma is a great place to spend an afternoon, with a zoo that includes over 200 types of animals. Many of Rome’s best hotels are situated just outside of Villa Borghese, making this a great place to stay in Rome! 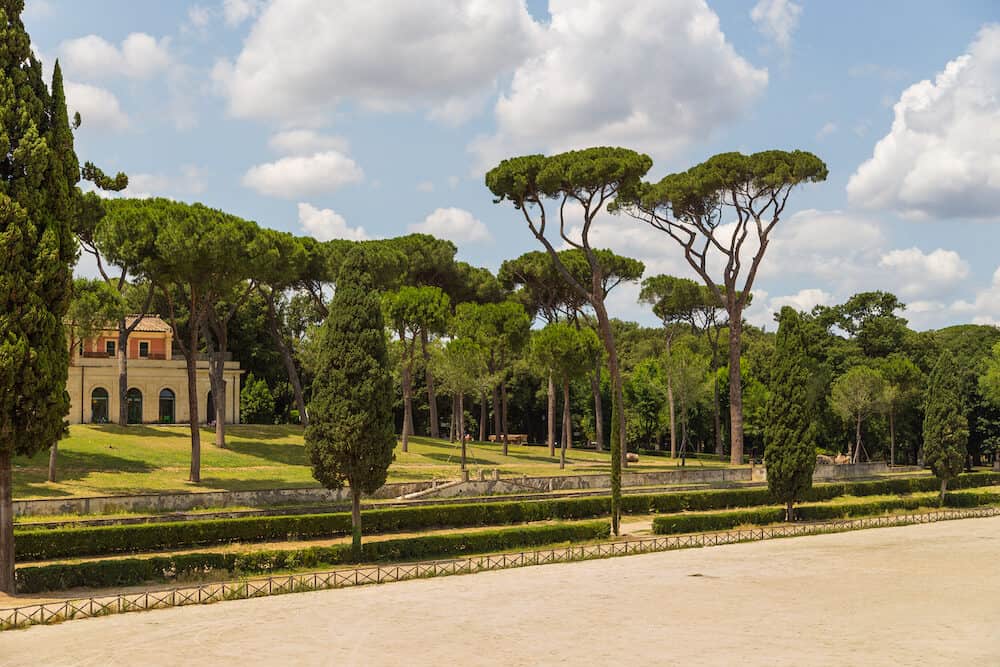 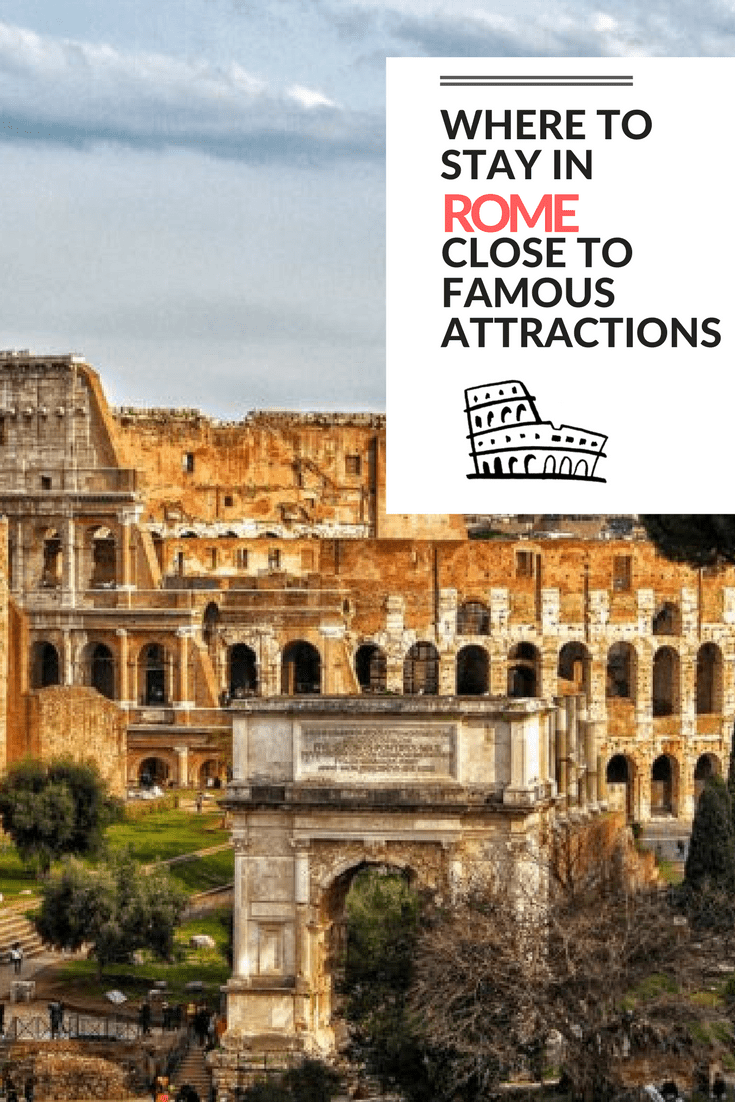 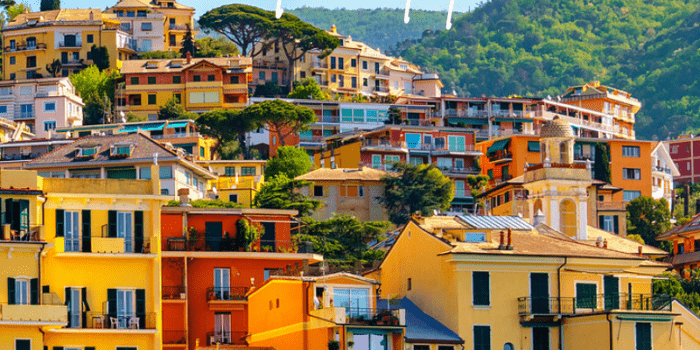 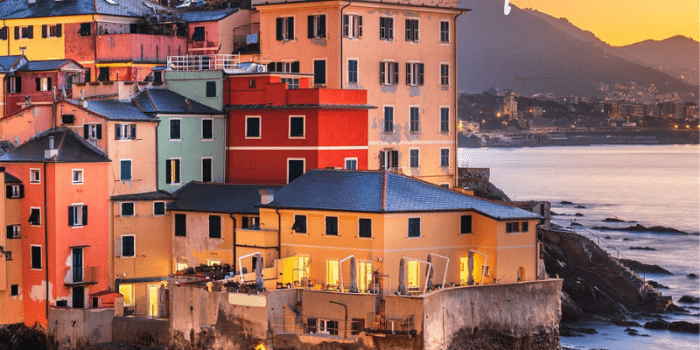 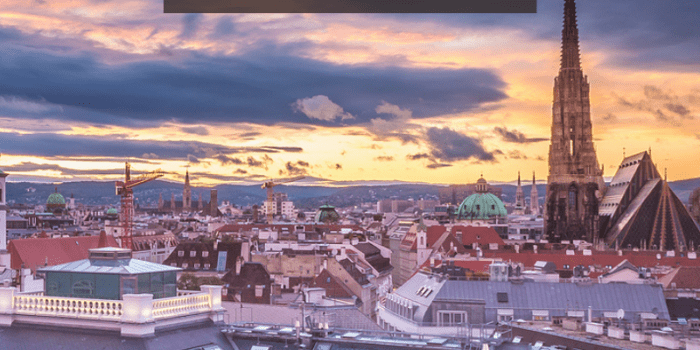 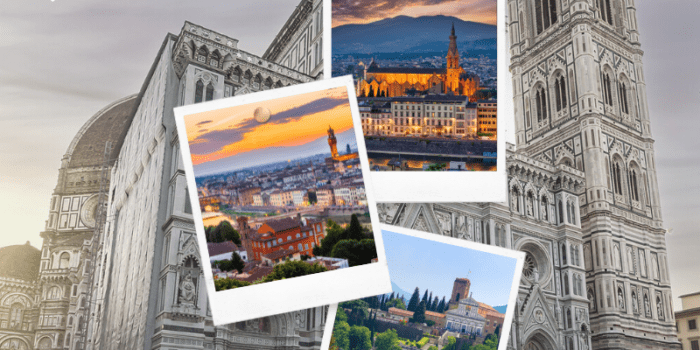 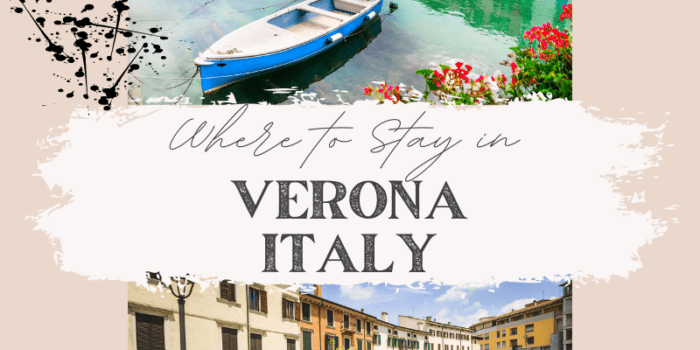 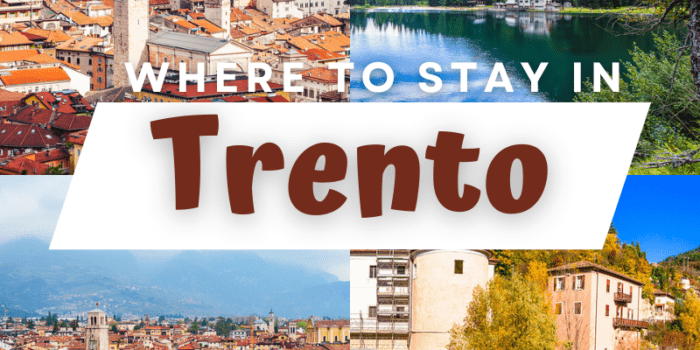