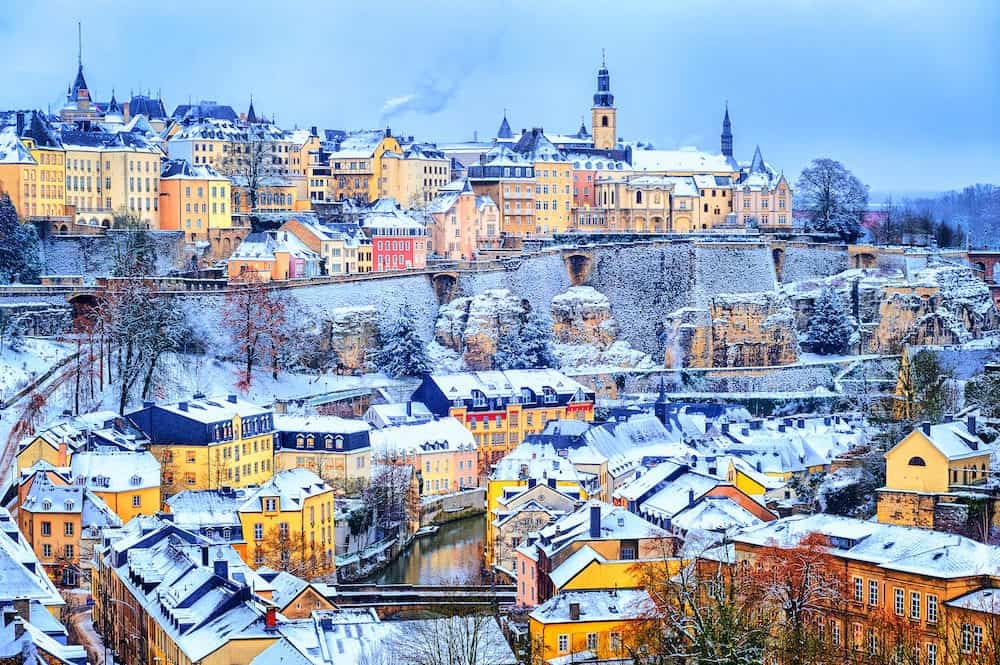 Luxembourg is one of Europe’s tiny countries, at under 2,600 square kilometers, it’s the 7th smallest country in Europe. Bordered by France, Belgium and Germany, Luxembourg is often visited on a day trip from one of these countries, by travelers seeking an extra stamp in their passport. However, for the intrepid traveler seeking a more immersive experience in Luxembourg, we have found the best places to visit in Luxembourg, as well as the best Luxembourg accommodation in all areas for every budget.

Plan your trip to Luxembourg

Need data for your trip to Luxembourg? We use Tep Wireless which offers unlimited data for $8 per day. Travelling King readers can get 10% off using the discount code TRAVELLINGKING on check out.

Old Town – Where to stay in Luxembourg for first timers

If you prefer to stay in luxury hotels in Luxembourg, the Old Town area has several to choose from. The beauty of Luxembourg’s Old Town is that most streets are pedestrian-only, making walking around very easy. You won’t need a car, in fact, it will be more of a hindrance here, with so many streets closed to cars. 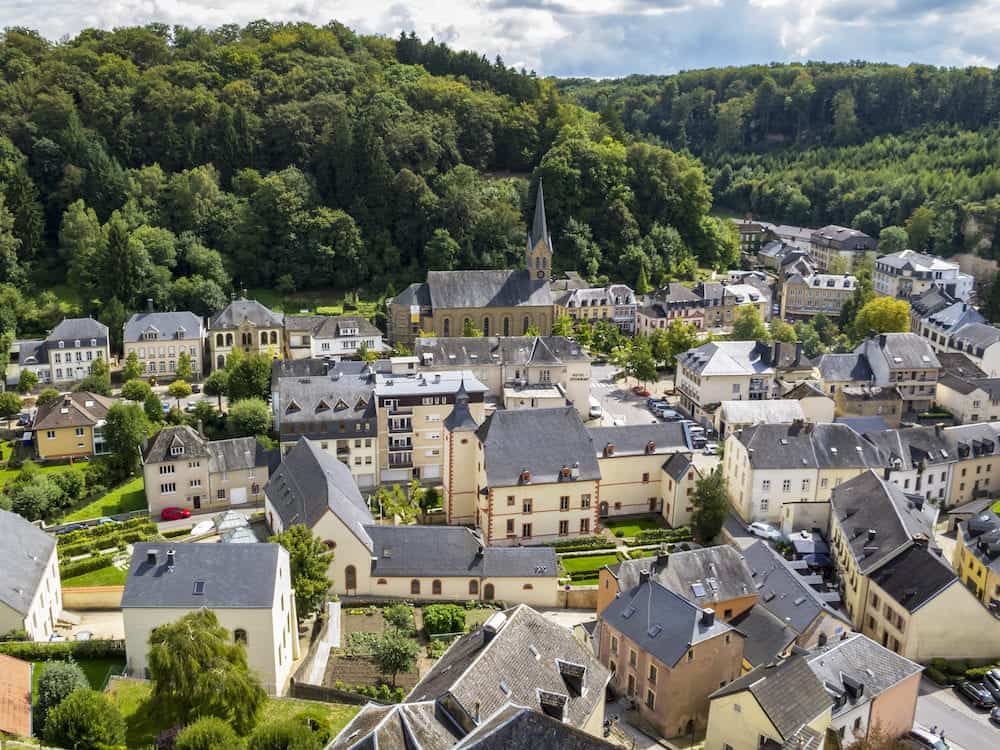 Railway Station – Where to stay in Luxembourg with family

The Gare district is another option for finding Luxembourg accommodation. If you are arriving via the Luxembourg railway station, or planning several day trips by train, then this is the best area to stay in Luxembourg. In many European cities, the area closest to the railway station isn’t always the safest or most attractive, but that’s not the case in Luxembourg City.

There are many hotels in the area, as well as shopping, and the historic Old Town district is just 20 minutes walk from here. The Gare district also has many residences, and 19th century homes currently housing embassies. There’s a grocery store and restaurants to choose from as well, making this an excellent choice for Luxembourg accommodation. 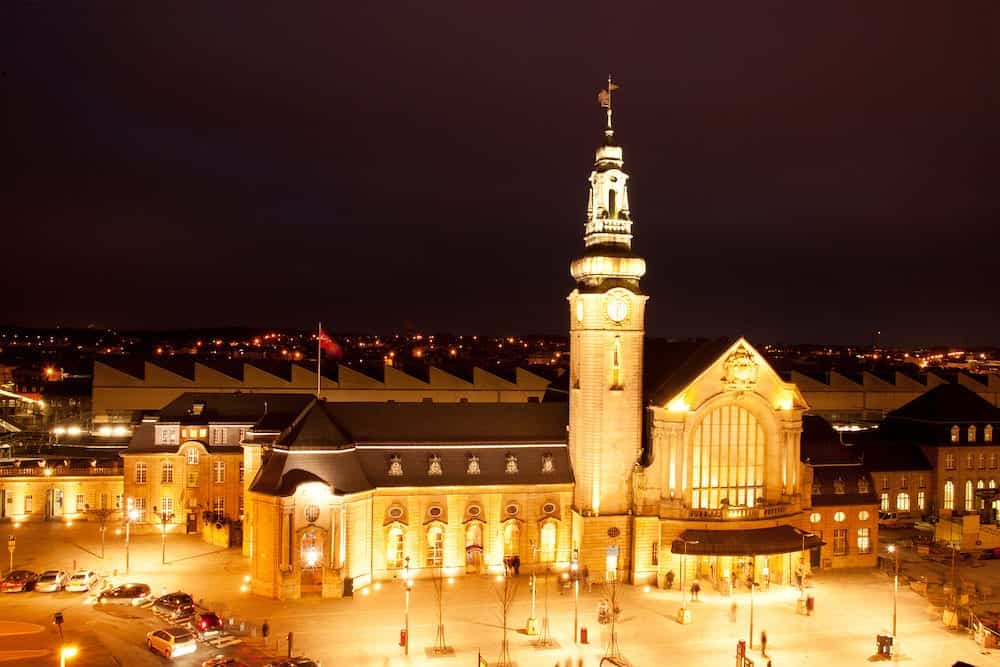 Kirchberg – Where to stay in Luxembourg for business travellers

Kirchberg is the business center of Luxembourg, with modern buildings holding corporate headquarters and EU offices. You’ll find fewer tourist attractions in Kirchberg, so it’s best for business travelers, or those who like to stay in hotel chains or use points for travel.

Within the Kirchberg district, there are some areas of architectural interest, however with few residential buildings, you won’t find the conveniences of other areas of Luxembourg, such as grocery stores or shops. It’s a bustling area during the day, but grows quiet at night as workers return to their homes in other districts.

Best places to stay in Kirchberg 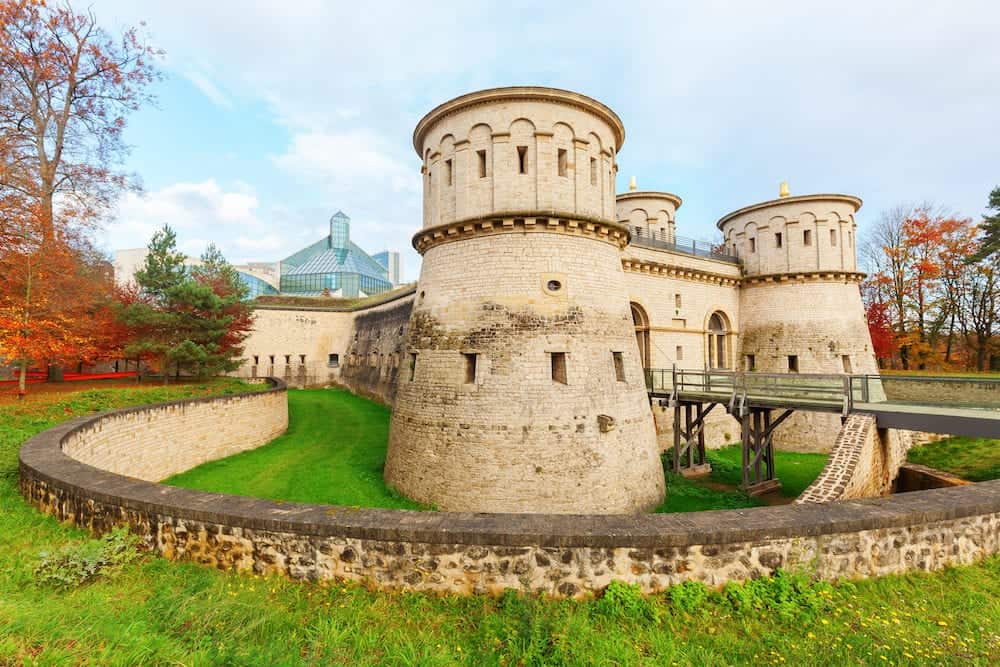 Vianden – Where to stay near Luxembourg for a cultural experience

For a cool place to stay in Luxembourg outside of Luxembourg city, consider Vianden. Just 50 minutes from Luxembourg city, and 120km from Frankfurt, Vianden is best known for the Romanesque hilltop castle built between the 11th and 14th centuries. Vianden is also home to several museums, including the Victor Hugo Literary Museum, and is a great destination for nature lovers seeking solitude in the surrounding forests.

The cobblestone streets of the village are lined with restaurants and cafes, an adventure park for all ages, and a public swimming pool. Thanks to the winding, scenic roads in the area, Vianden is a popular stop for motorcycle tourists.

Best places to stay in Vianden 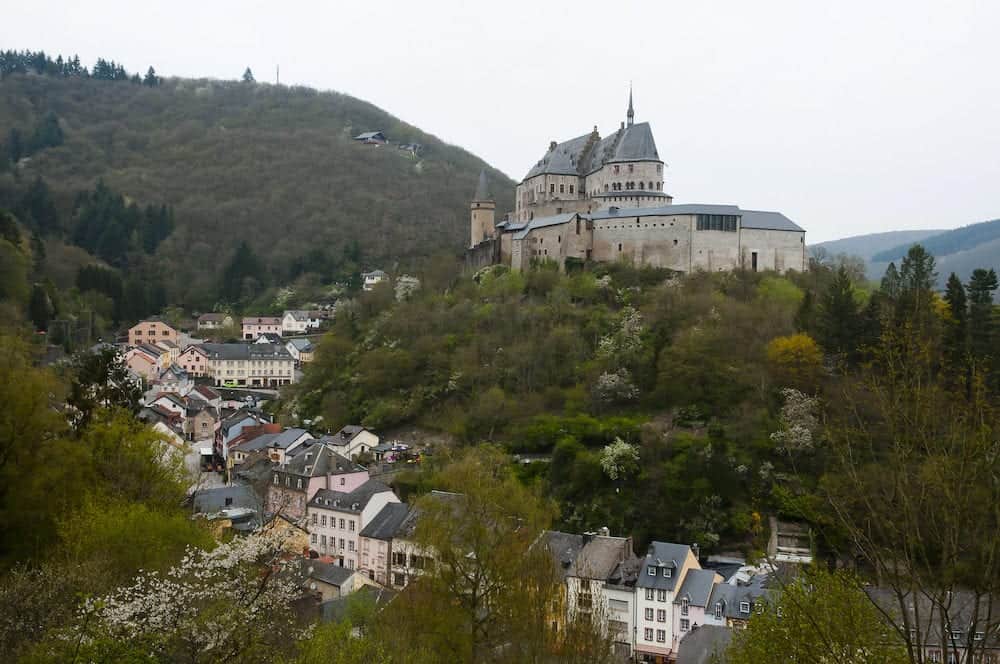 Mullerthal – Where to stay near Luxembourg for nature lovers

Outdoor enthusiasts wondering what area to stay in Luxembourg should consider the Mullerthal region, which is also known as Luxembourg’s Little Switzerland. Echternach is the largest city in this region. Luxembourg’s oldest city retains a medieval atmosphere, with winding streets and Gothic ruins about town. There are many cultural attractions in Echternach, and a unique culinary scene based on local cheeses and honey.

The Mullerthal Trail is a 120km hiking path offering some of the best scenery in Luxembourg. Besides Echternach, other cities in the Mullerthal region include Larochette, Rosport, Bourglinster, Berdorf and Beaufort. Staying in Mullerthal means exploring the countryside, so this region is best explored with a private vehicle.

Best places to stay in Mullerthal 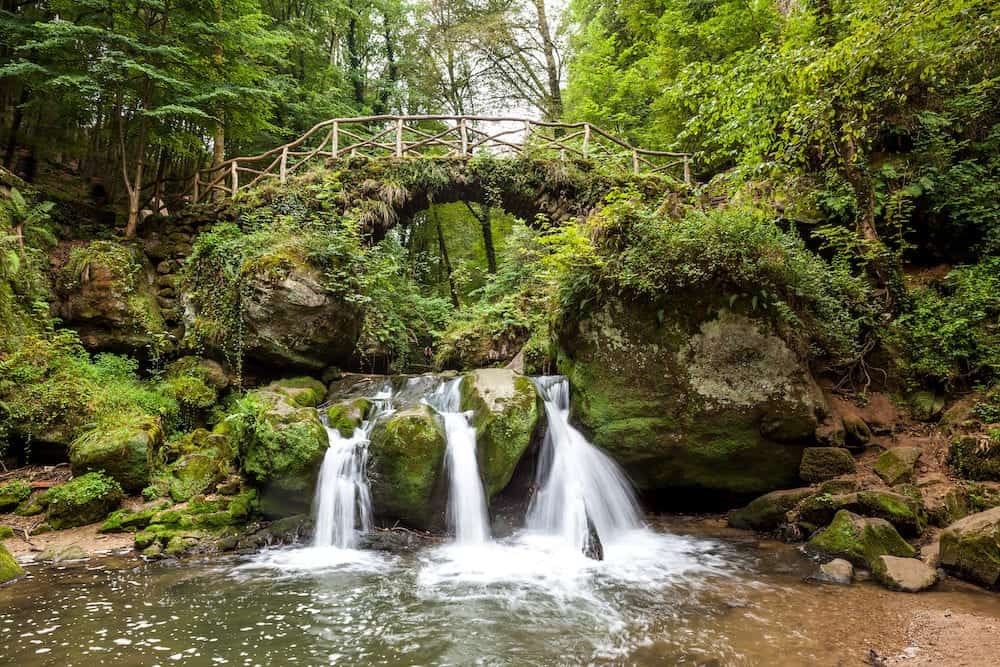 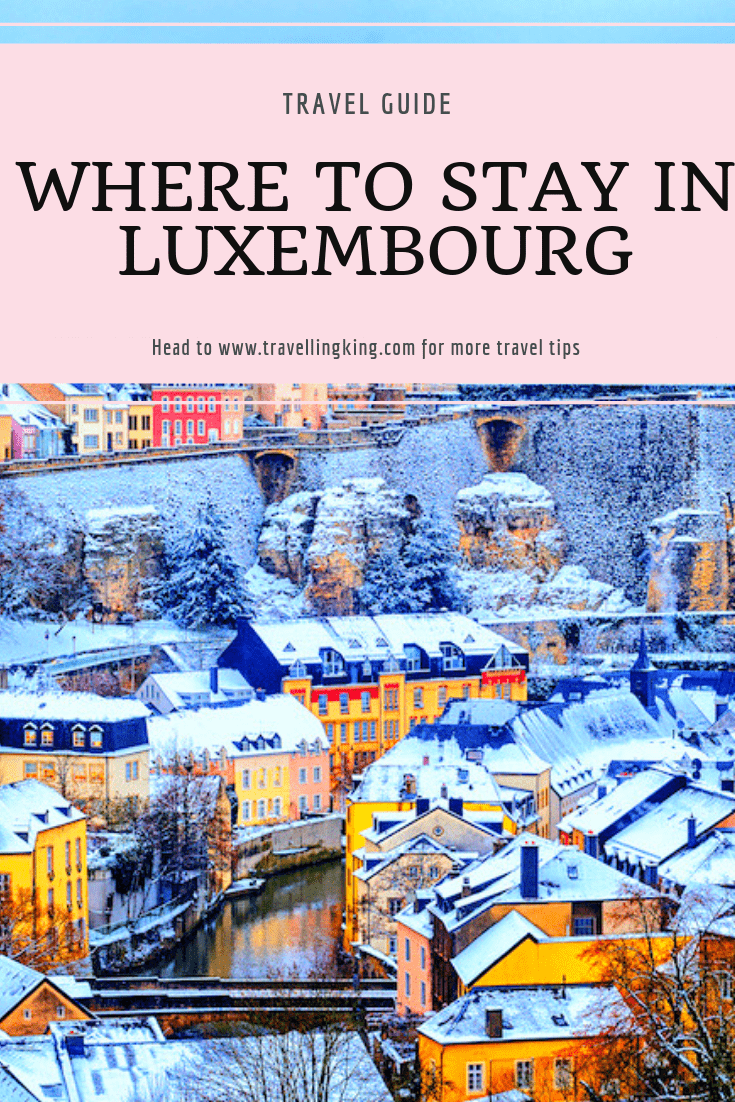 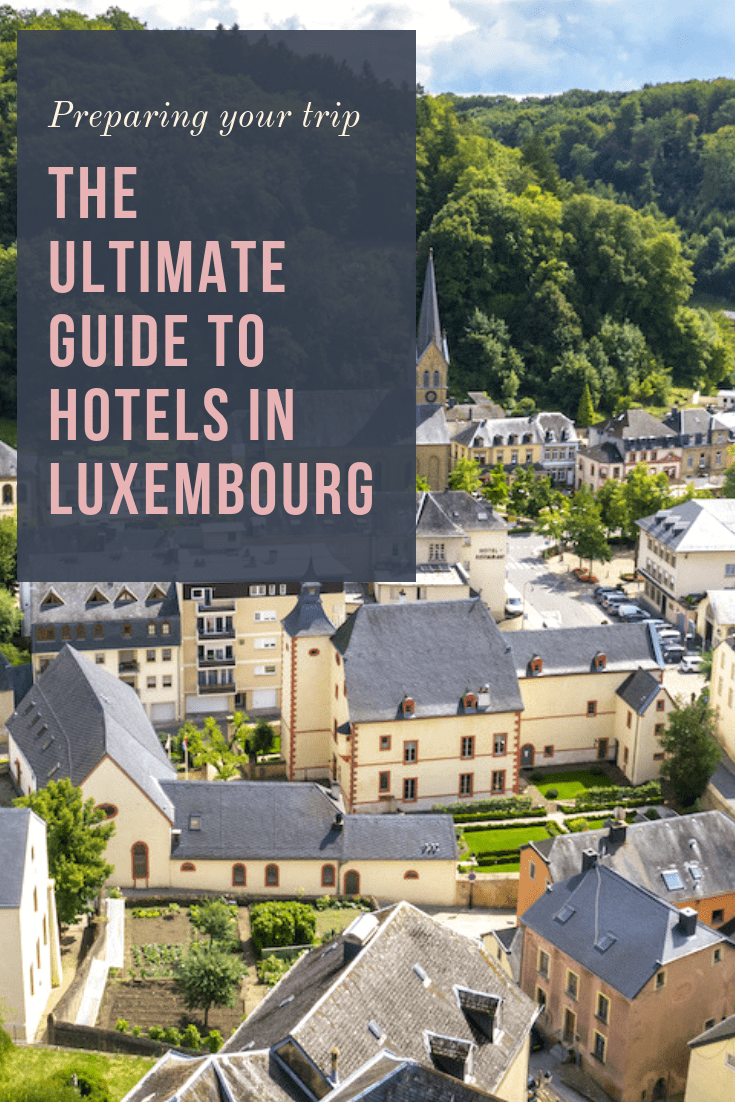 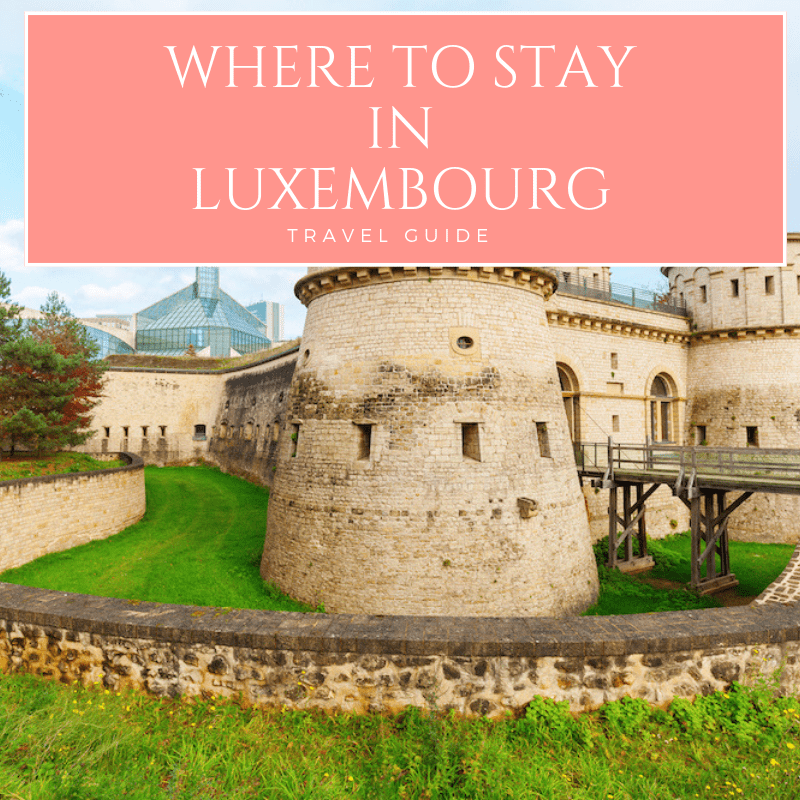 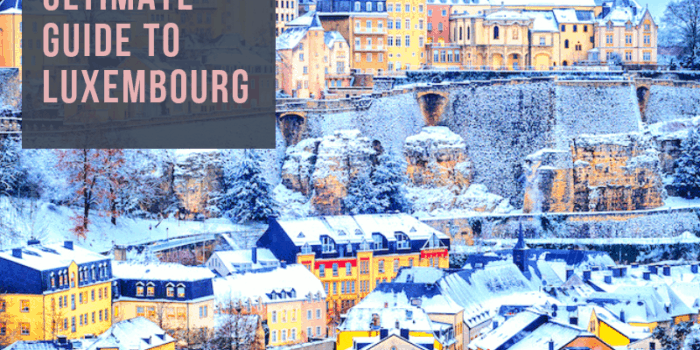 The Ultimate Guide to Luxembourg