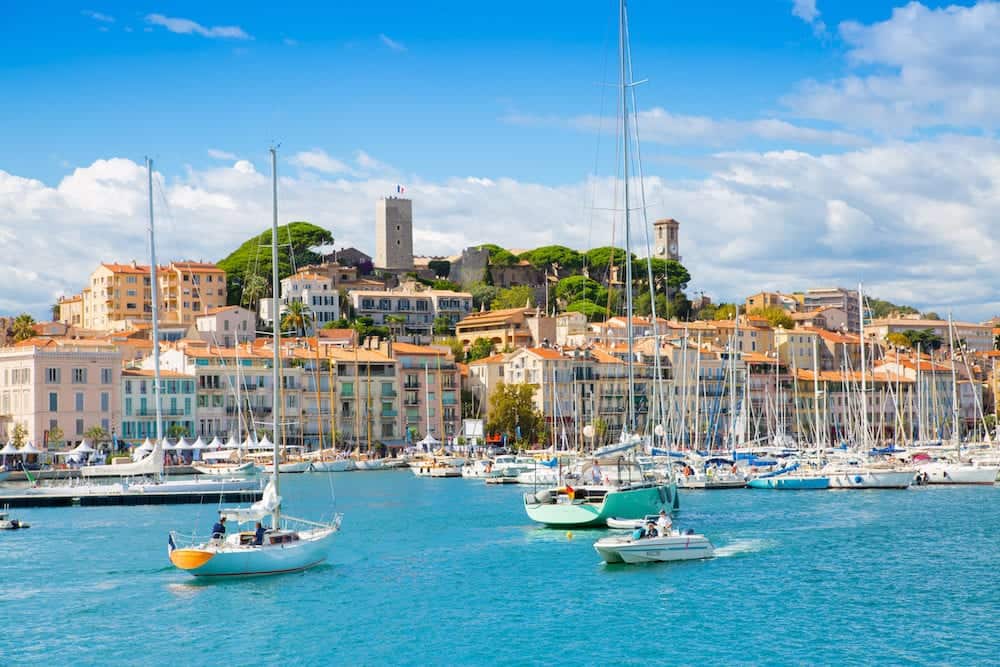 One of the most famous towns along the French Riviera is Cannes, home of the Cannes Film Festival, which draws movie stars from all over the world each spring. During the rest of the year, Cannes still draws the rich and famous jet-set who anchor their yachts off-shore and come to enjoy magnificent beaches, scenic islands and world-renowned shopping.

While there are many luxury hotels here, it’s also possible to find Cannes hotels for travelers with a bit less to spend. We’ll help you decide what area to stay in Cannes, as well as recommend several Cannes hotels, in the city centre and surrounding areas.

La Croisette Cannes – Where to stay in Cannes for nightlife

This is the best neighborhood to stay in Cannes if you want to see and be seen by the jet-set crowd. Some of the best Cannes hotels are located along this strip, including Le Grand Hôtel, an upscale hotel just a few minutes walk from the Vieux Port and the Cannes Film Festival. You don’t have to spend a fortune in La Croisette, as there are many things to do that won’t break the bank. There’s people watching, swimming, street food and the market at Marche Forville. 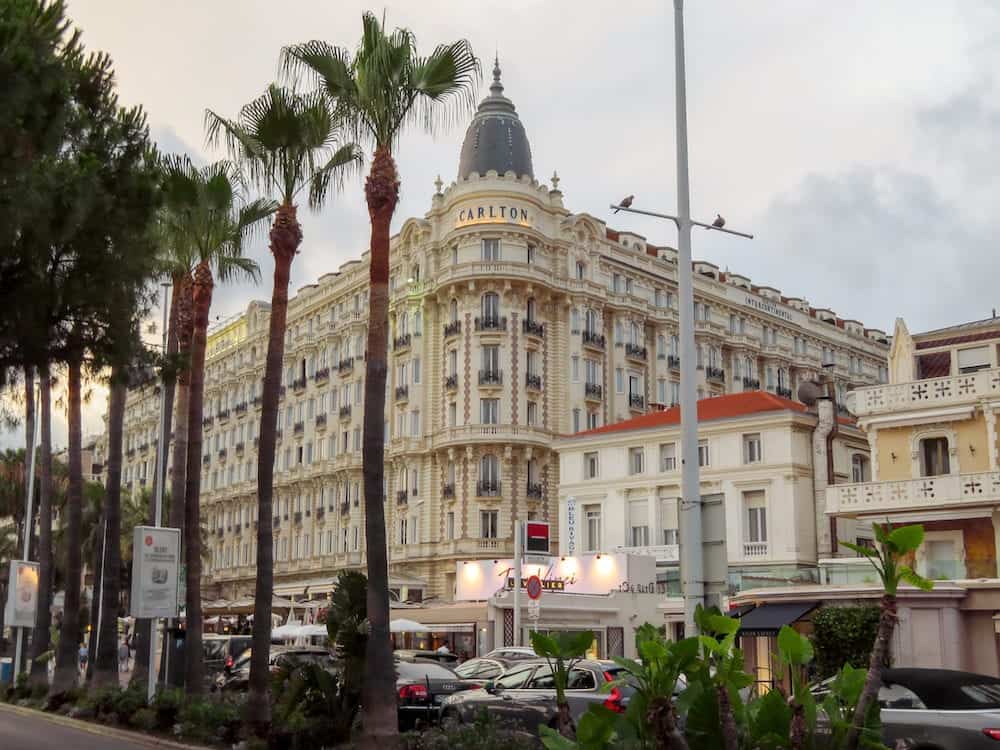 Cannes Town – Where to stay in Cannes for tourists

The Old Town area of Cannes is also called Le Suquet and is located just above Vieux Port. As you might guess, Old Town has less glitz and glamour of the French Riviera, but more history and spots of interest. Cobblestone streets wind up and down the hills of Cannes, past boutique shops, souvenir stands and many excellent restaurants.

You won’t find as many chains here, and as a result, fewer Cannes hotels than other nearby areas, but there are many smaller options for basing yourself here in Cannes town. Make sure to climb to the top of the hill at least once for breathtaking views of Cannes city, the French Riviera and the Mediterranean Sea.

Cannes La Bocca – Where to stay in Cannes with family

Just west of Cannes city is La Bocca, likely the best neighborhood to stay in Cannes for families. There is a beach right in the area, as well as a handful of beach clubs. Accommodation here tends to be a bit more affordable than some of the Cannes hotels, and there are also apartment and villa rentals for larger groups.

La Bocca is a better option for those wishing to relax and enjoy a self-catered holiday, as there are fewer shops and restaurants than there are in Cannes. Nevertheless, it’s a good option for those who don’t want to pay Cannes prices but want the convenience of exploring many towns along the French Riviera. 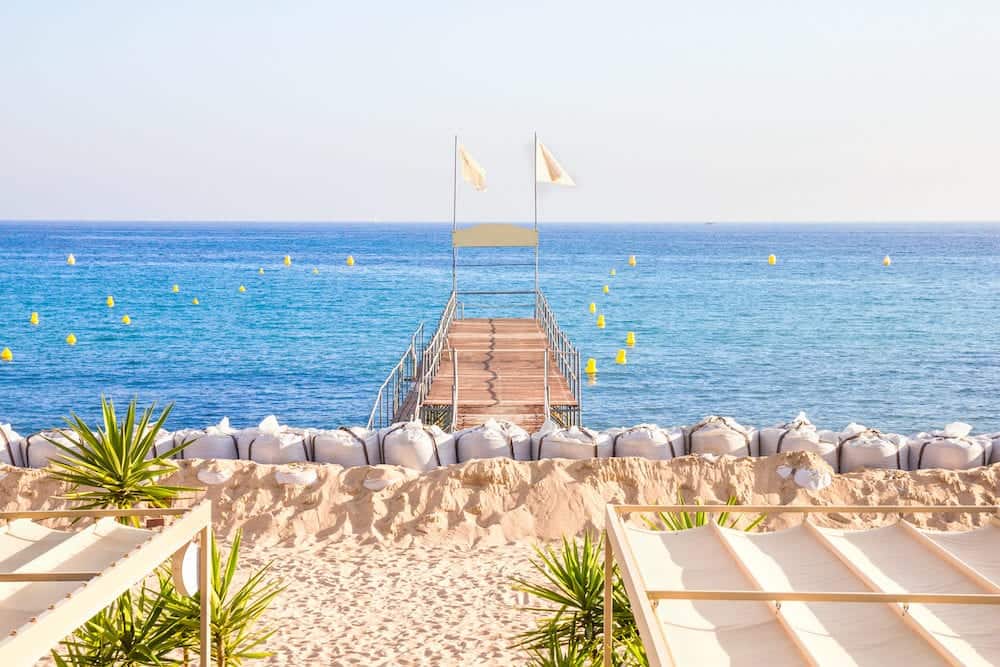 Mougins – Where to stay in Cannes for relaxation

For a birds-eye view over the French Riviera, the hillside village of Mougins is under seven kilometers from Cannes, but offers a quiet escape from the touristy town. Mougins is best known for the surrounding forests. The peaceful environment has drawn artists for years, including Picasso, who lived out his last years in Mougins.

There are some world-class restaurants in Mougins, and an annual gastronomy festival. In the opposite direction of Cannes, just 15 minutes from Mougins is the city of Grasse. Grasse is considered the world capital of perfume, and many large perfumeries offer tours, making Grasse an excellent day trip destination if you stay in Mougins.

Best places to stay in Mougins 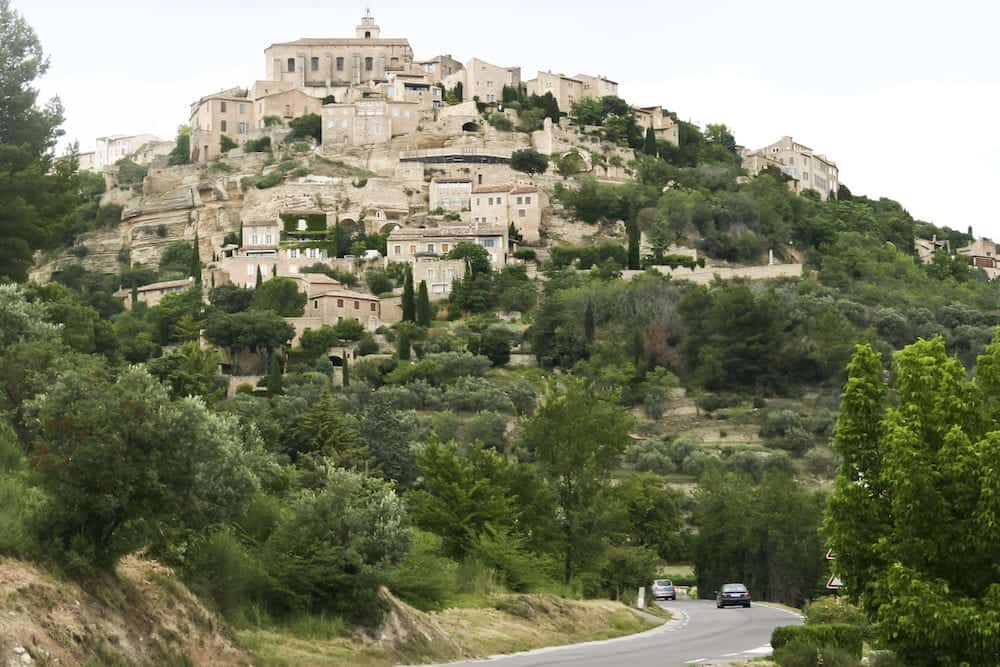 Vallauris – Where to stay in Cannes for foodies

Another great option for families to stay near Cannes is Vallauris, which also features many apartments and villas for rent. Often combined with the nearby coastal town of Golfe Juan, the region of Vallauris Golfe Juan is most famous for pottery, thanks in part to Picasso who lived here for several years until the mid-1950’s.

This area is a good mid-way point of the towns along the French Riviera, with Cannes just 15 minutes away and Nice only 30 minutes away. The marina here is very popular for large yachts, and the town has many interesting museums and attractions, as well as bars, restaurants and nightlife.

Best places to stay in Vallauris 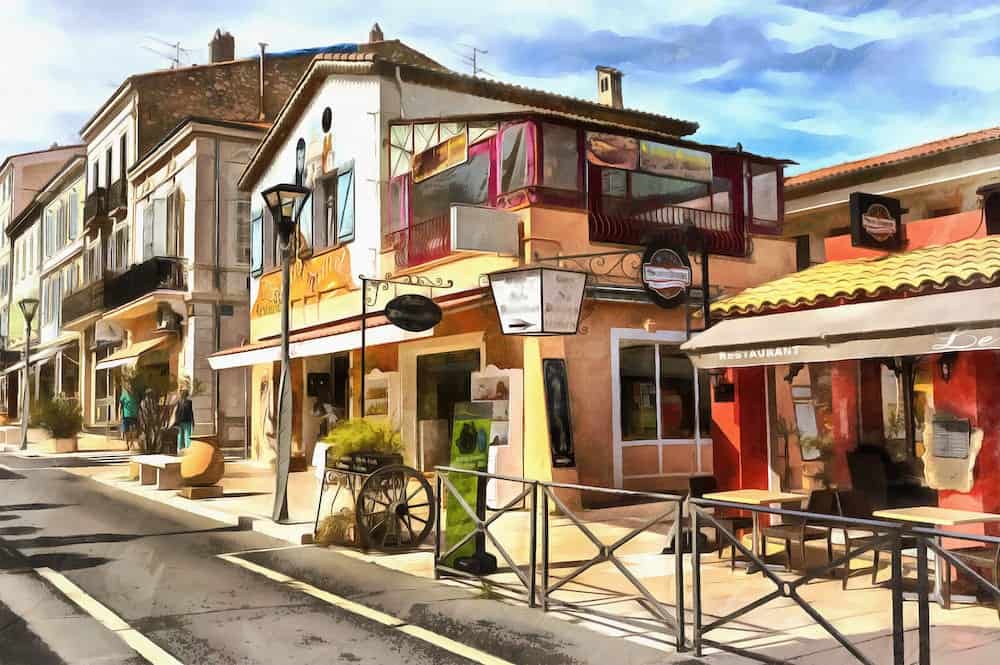 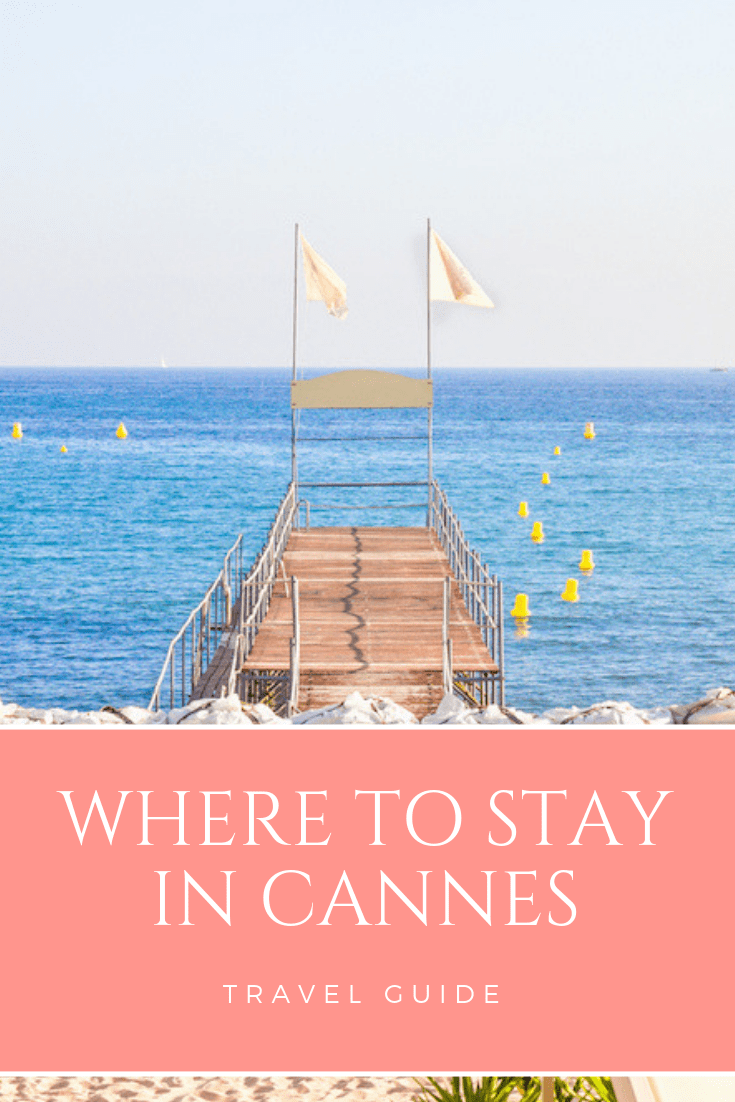 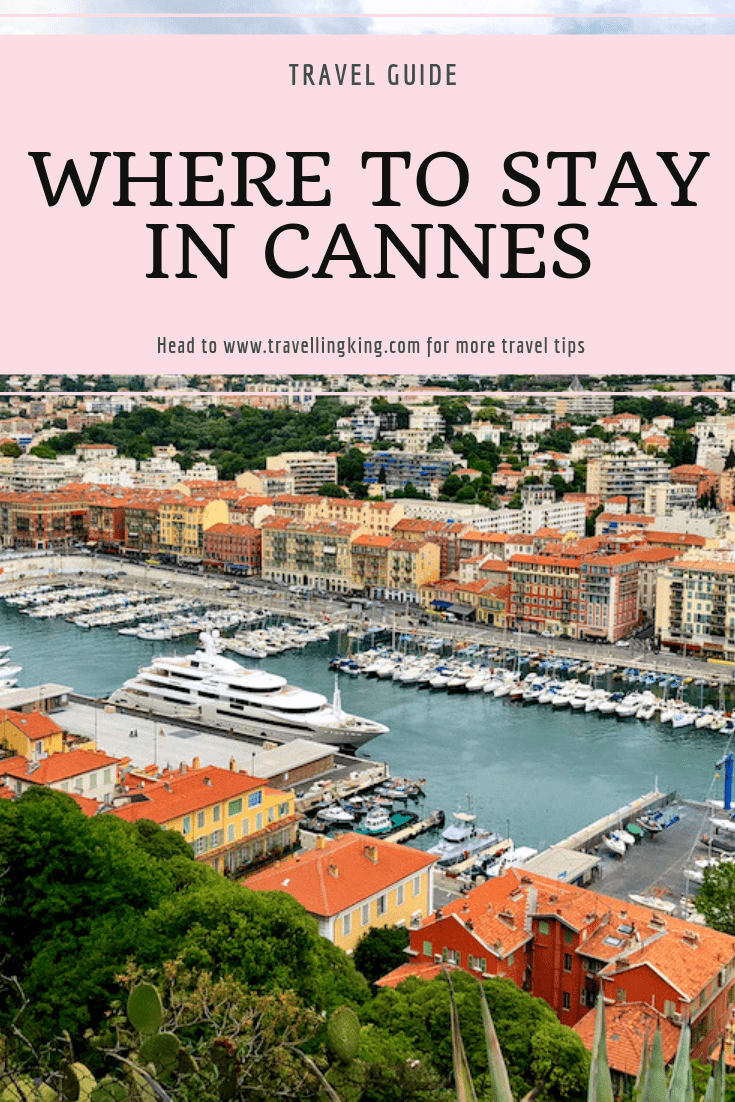 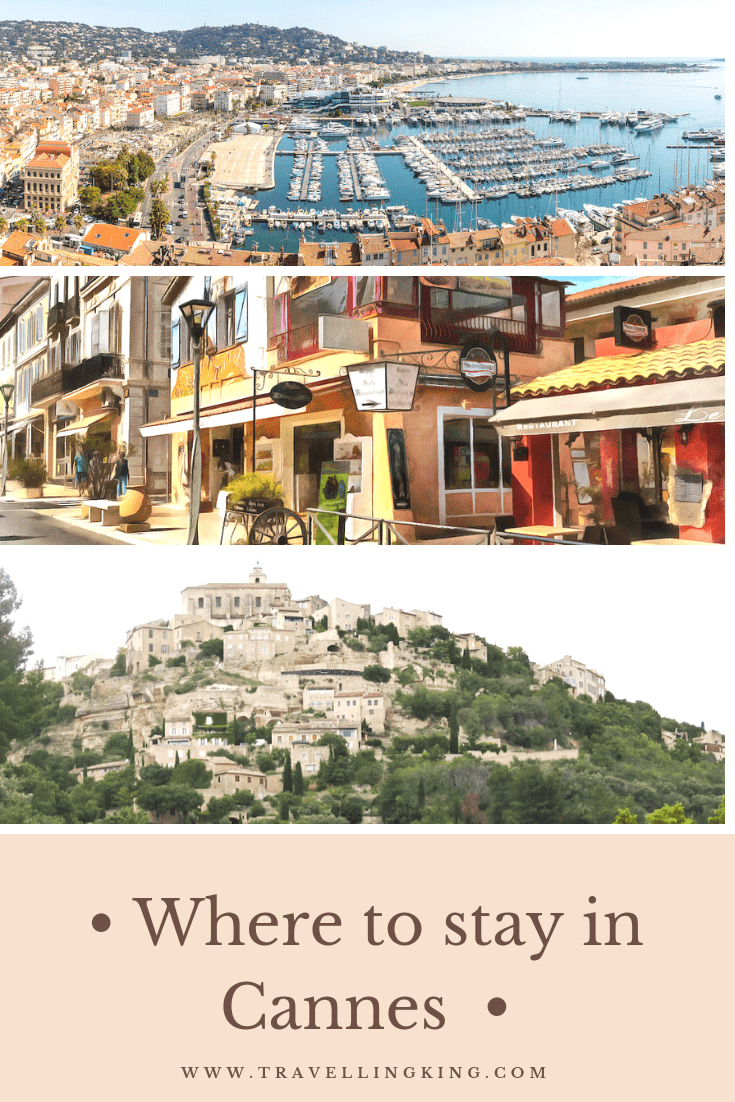 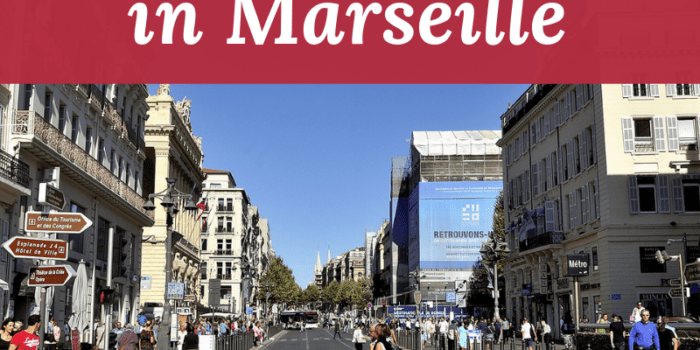 Where to stay in Marseille 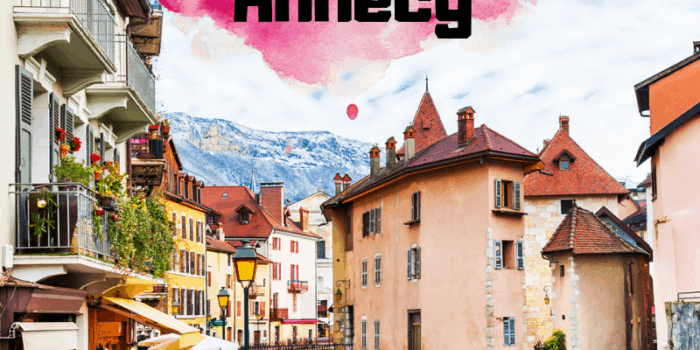 Where to stay in Annecy 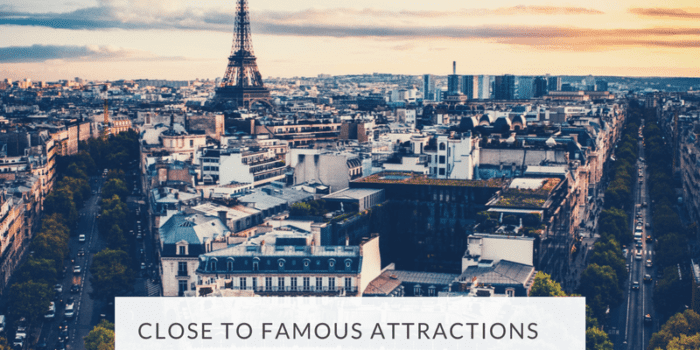 Where to stay in Paris – Close to Famous attractions 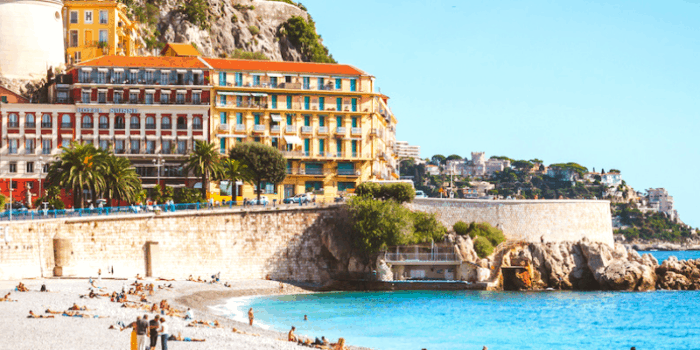 Where to stay in Nice 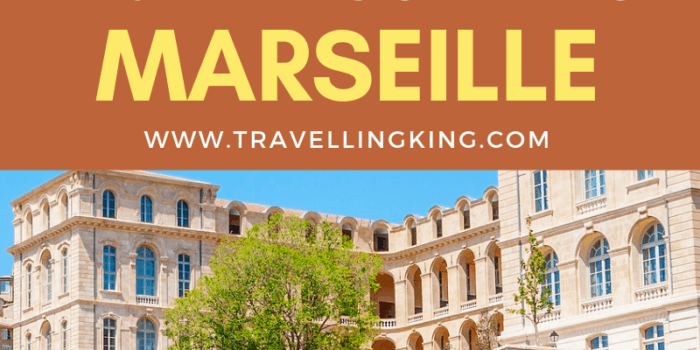