Considered the most beautiful city of Peru, it is hard not to fall in love while wandering through the small streets of Cusco. Founded by the Incas and later, invaded and colonized by the Spanish, Cusco is like a time capsule preserving part of the South American story in its streets and walls.

Obligatory stop for those on the way to Machu Picchu, Cusco is definitely a must, even if you don’t have much time to spend in the city. There are so many things to do and see, and if you are a history enthusiast like me, Cusco is an infinite source for you!

Despite being invaded and looted by the Spanish colonizers, many ancient Inca ruins remain preserved. Important buildings were built upon old Inca palaces and their bases can be still seen today as it is the case of Qoricancha and Cusco cathedral. 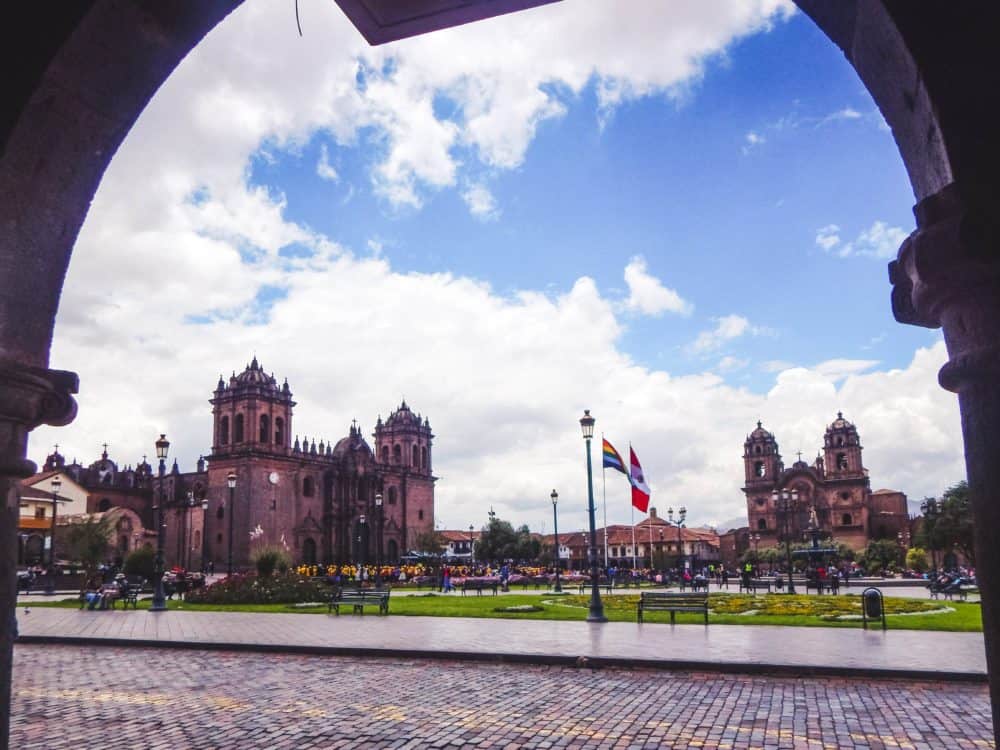 Cusco is a big city, but easy to move around, most of the tourist points are located in the central area and even some famous ruins can be reaching by foot. The central area is marked by the Plaza de Armas, the main square of the city, there are many hotels and restaurants around this area and they offer good prices.

The main square is where all the special events happen in Cusco; during the year they have many parades and local celebrations, so high chance you will be able to experience one of them. The highlight of Plaza de Armas is the city’s Cathedral that can be visited for US$5. Another building that calls attention is La Campania It was first built to be the most beautiful church in Cusco; the church was built on the base of the palace of the Inca Huayna Cápac, one of the last Incas of the empire.

Following the street at Cathedral’s right, in the first corner, you will find the Inca Museum, one of the most important museums in the whole country. It houses a big collection of artifacts of different Peruvian tribes from different periods of time, since the pre-Incas to the last Inca Empire. It is a great opportunity to learn more about their culture and history and get yourself prepared for what you will see in Machu Picchu!

The next avenue, in the other side of the Cathedral, is known as Hathunrumiyoc, this used to be an important Inca avenue and remains as one of the most important avenues in the historical center of Cusco. It links the mains square to the famous district of Hathunrumiyoc. On the way, there are many old walls, made of pure stones, and in the middle of the street, is located the twelve angles stone, an important tourist point, this stone is believed to be an Inca calendar. Close to the stone there are many shops if you are looking for souvenirs for your family and friends.

Going up through the Hathunrumiyoc, you will find yourself in San Blas District. It is a beautiful and photogenic area, marked by its colonial architectural. In the main square of the district is located the San Blas Church, built in 1544 upon an ancient Inca temple. You can also visit the Mirador de San Blas, where you can have one of the best views from Cusco. 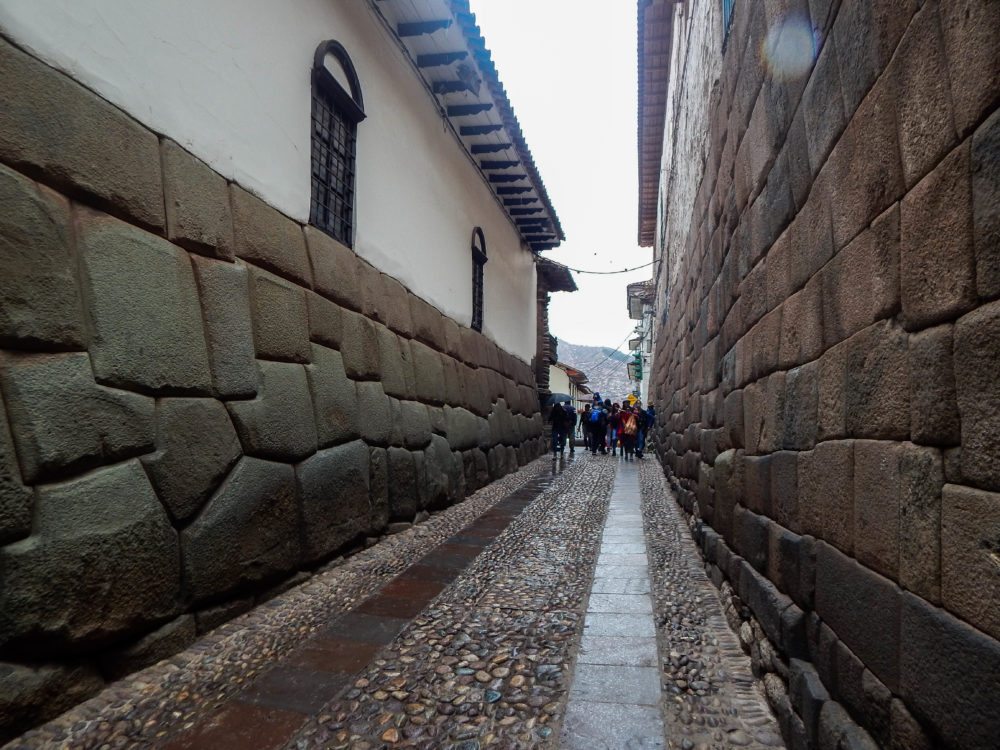 To visit the ruins nearby Cusco is necessary to buy the Tourist Ticket that gives you access to 16 tourist points, including the ruins and some museums. Sacsayhuaman is one of the most famous archeological sites in Cusco and is located 2 km away from the central area.

Sacsayhuaman was built as a fortress by the Inca Pachacutec. When Cusco was firstly built, the city had the format of a puma, which is a sacred animal in the Inca culture, with Sacsayhuaman representing its head.

Sacsayhuaman was built in zig-zag, adding added another measure of defense to city of Cusco. The site is formed by huge stones, some weighing more than 350 tons, brought from miles away!

Next to Sacsayhuaman is located Qenqo, a sacred place for the Incas. Although part of this site was destroyed by the Spanish during the colonial era, it is still possible to admire the hard work the Incas had carving the rocks.

Following the road there is the ruins of Pukapucara, the “Red Fortress”. It is believed to be built in order to prevent attacks coming from Amazonian tribes. It is said that when the Inca visited the baths in Tambomachay, his entourage used to stay in Pukapucara.

Tambomachay is another archaelogical site located in the same area, it is known as the “Bath of the Inca” or the “Temple of Water”. In this ruins it is possible to notice the advanced hydraulic technology developed by the Incas. The site counts with terraces, aqueducts and canals where water is channeled from a lake 25 km away from this area. 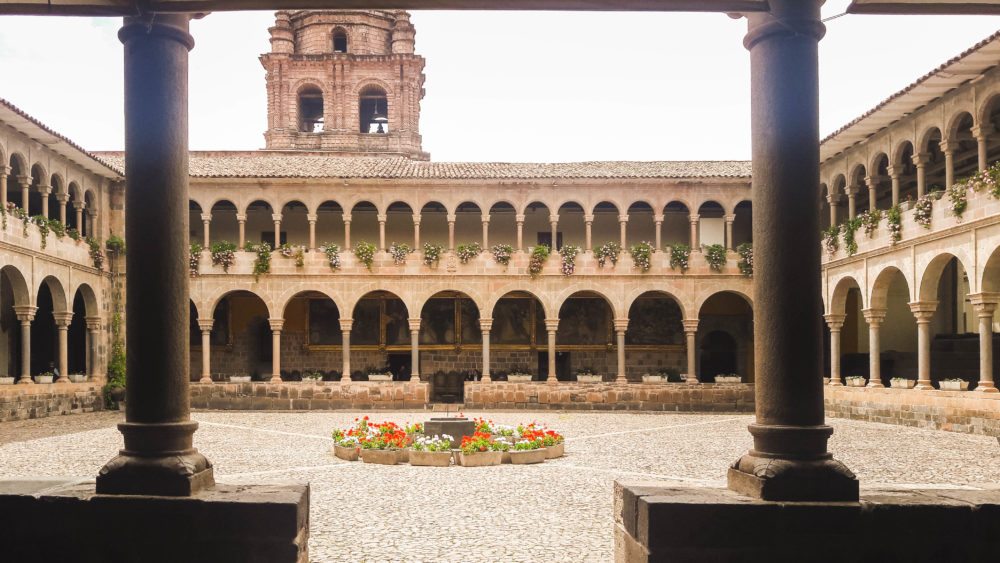 Back to the central area, it is time to visit the last ruin for today. The famous Qoricancha! Once the Temple of the Sun, an impressive religious site whose walls were made of pure gold, Qoricancha was looted by the Spanish, who stole all its gold, sending it to Europe. Qoricancha was an important temple for the Incas were rituals were made in honor of the Sun God. During the colonial era, the temple was destroyed and in its place the Santo Domingo church was built, using the Temple of the Sun’s foundation.

Part of the old wall can still be seen, as well as the last remaining gold board made by the Incas. There are also several colonial paintings hanging on the walls. 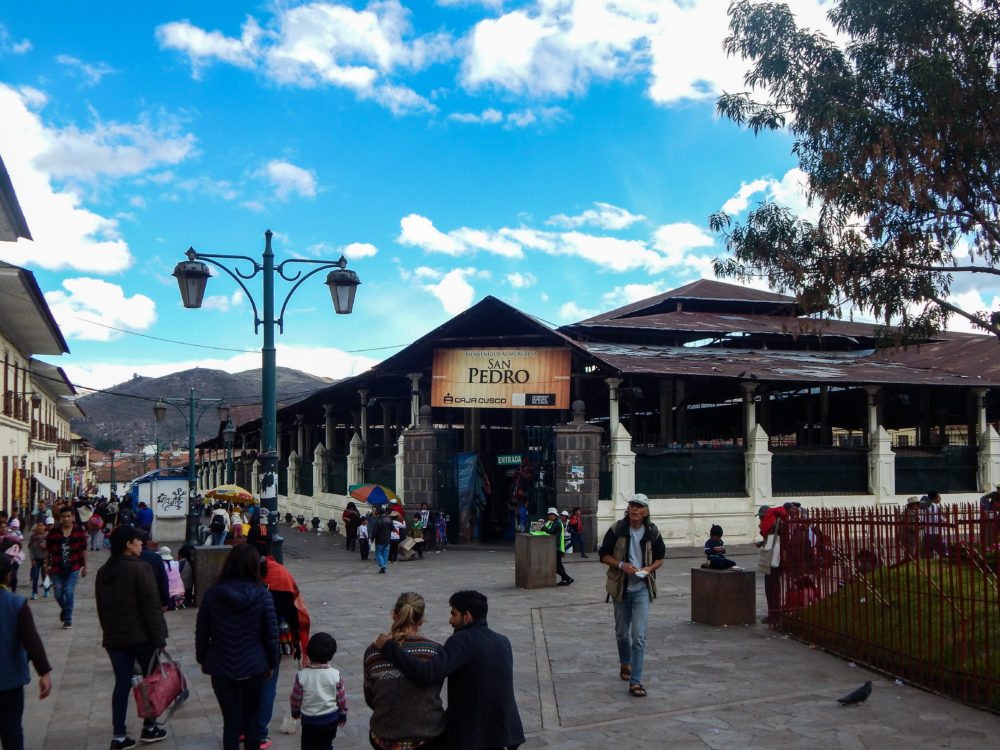 Crossing the El Sol Avenue e following the Calle Nueva Street, you will find yourself in San Pedro Market; this is the best place to buy souvenirs if you are looking for something cheap. The market is huge and it is easy to get lost inside, there are many shops selling from llama wool clothes to traditional food. The prices are way cheaper than the shops in the main square and here it is possible to try different local dishes and desserts as well as buy fruits. 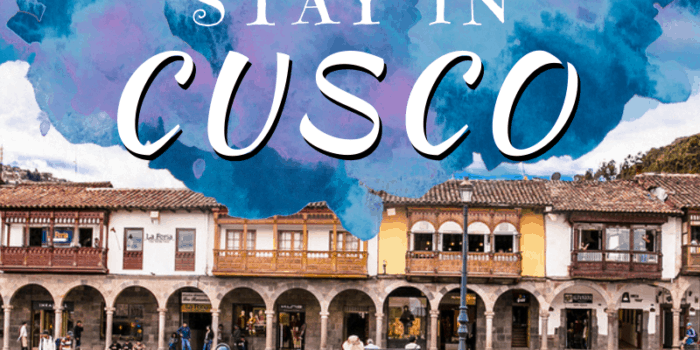 Where to Stay in Cusco 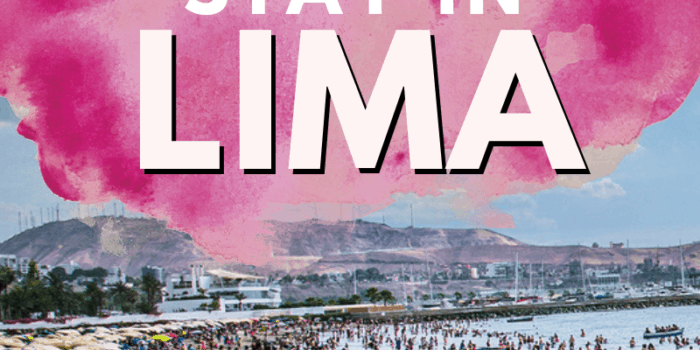 Where to Stay in Lima 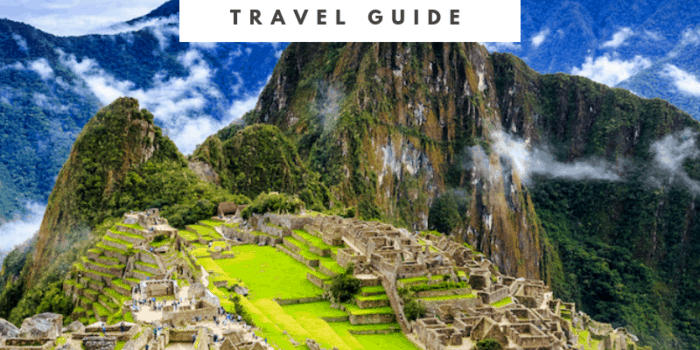 The Ultimate Guide to Peru