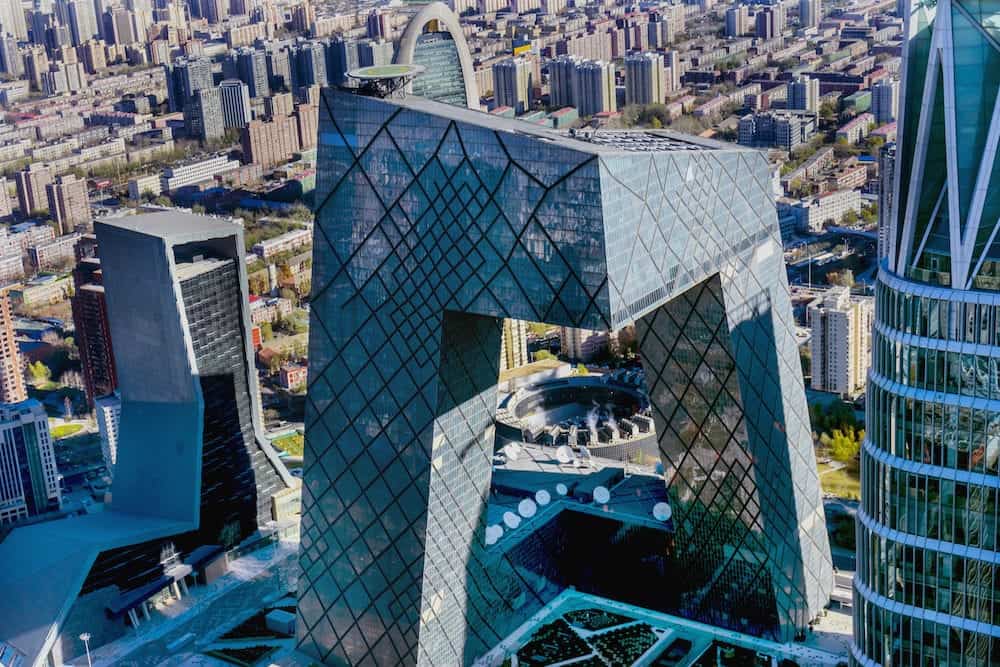 Beijing is China’s capital city, and after Shanghai, is the second most populated city in the world with over 21 million residents. Beijing is known for its ancient history as well as modern architecture. In exciting news for most English-speaking countries (Australia, New Zealand, US, Canada, the UK, Ireland and more) Beijing now offers a 144-hour visa-free transit policy, which means you can visit for up to six days without the hassle of obtaining a Chinese visa, and this can be obtained upon arrival. Beijing is already one of the most popular travel destinations in the world, with over 100 million Chinese tourists and 4 million international tourists visiting annually.

Read more on Bejing:Looking for a particular destination, see below otherwise you can go to China Travel guide to view current posts

At the center of Beijing lies the Forbidden City, or Palace Museum, which served as the imperial palace for 24 emperors between 1368 – 1911. It is named the Forbidden City as it was forbidden to enter without the emperor’s permission. The palace is surrounded by a moat and a 10-meter high wall with towers at each corner. Tickets to visit the Forbidden City need to be purchased ahead of time, and since the official website is not available in English, you will most likely need to buy tickets through a travel agent or via a tour guide company. 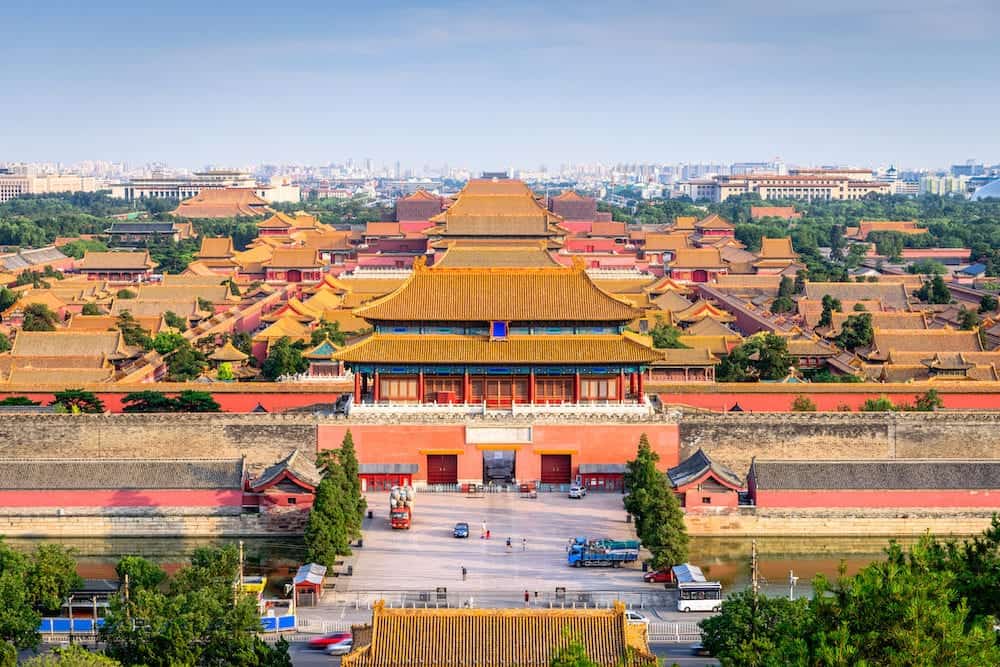 The Summer Palace was the imperial garden for the Qing Dynasty in the 1700’s. It is allegedly the best preserved imperial garden in the world and the largest of its kind in China. You will likely want at least half a day to visit the summer palace, as the gardens and lakes are vast. A boat ride on Kunming Lake is a popular activity within the palace grounds. Admission tickets are required, and there are additional attractions within the compound that may require another ticket. English-speaking tour guides can be hired at the gate as well. 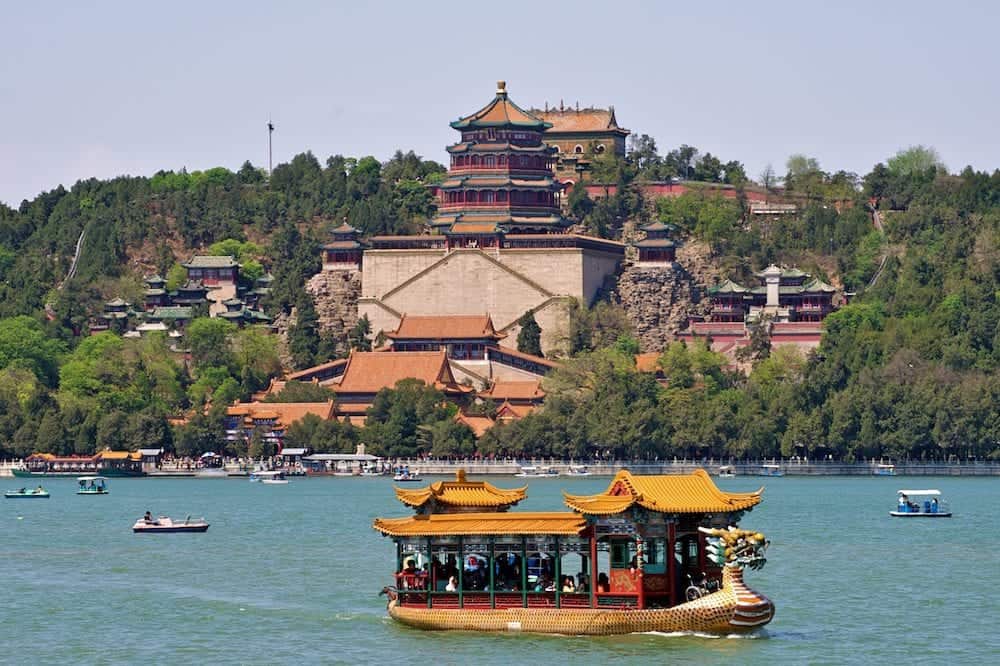 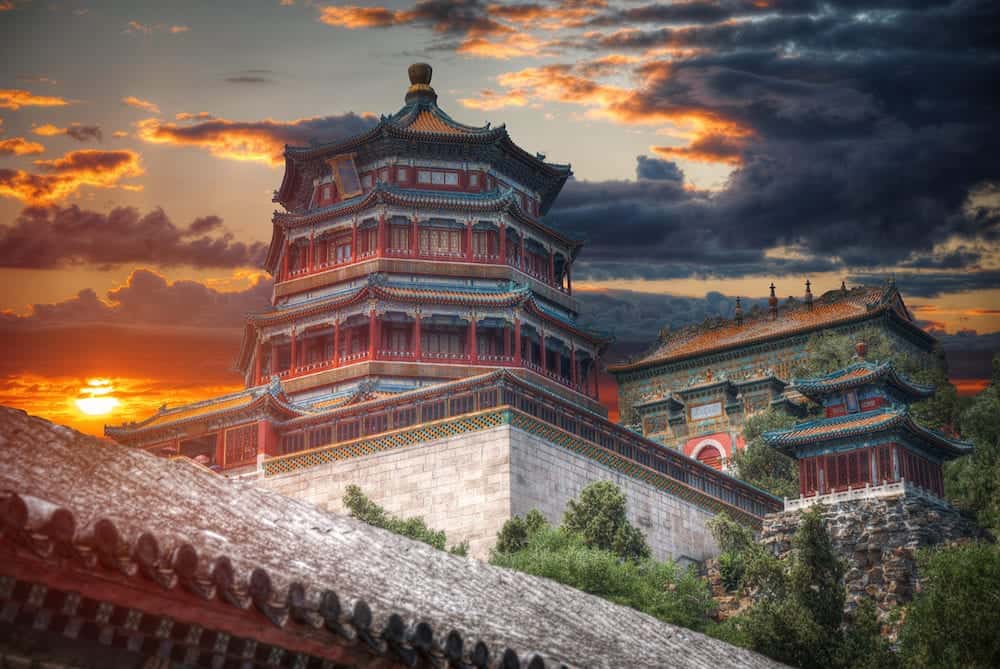 Tiananmen Square was made world-famous by student protests in 1989 that were met by Chinese troops firing upon them, killing at least several hundred, if not thousands of civilians. In  spite of this, Tiananmen Square is a popular tourist destination in Beijing as it is the site of many historical buildings. There is the Tiananmen Tower, the Monument to the People’s Heroes, the Great Hall of the People, Memorial Hall of Chairmen Mao and the National Museum of China. Tiananmen Square is visited by thousands of people every day. 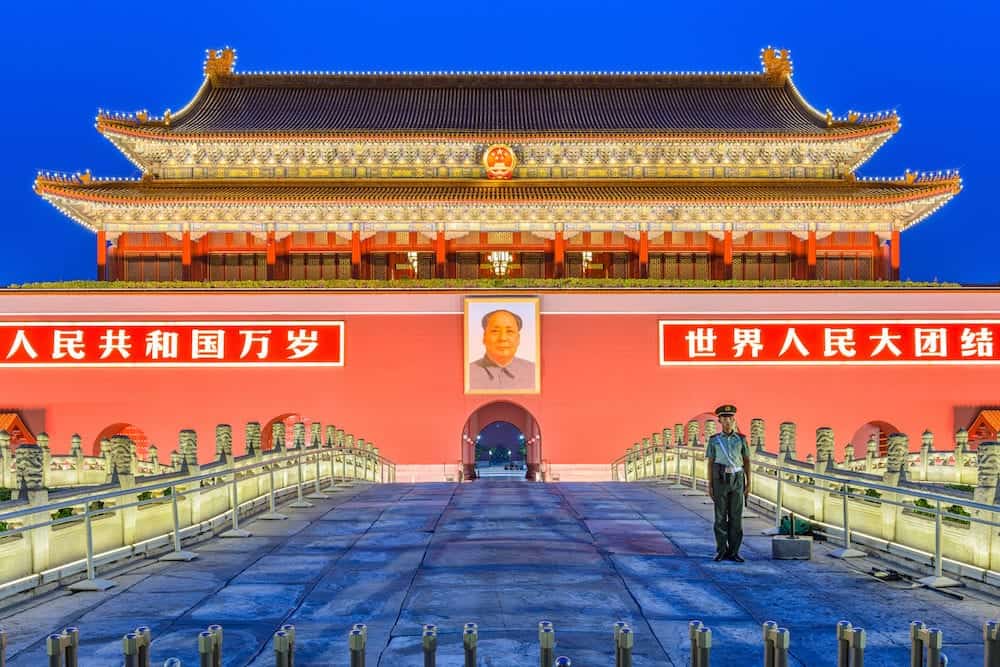 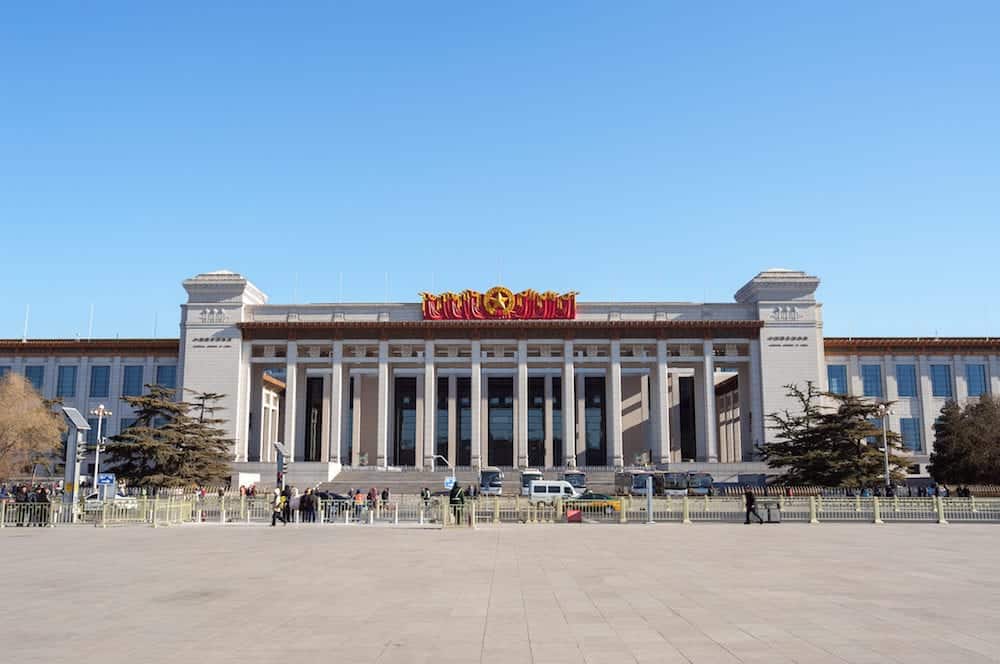 The Great Wall of China is one of the most recognizable landmarks in the world. While it stretches more than 20,000 kilometers across China, Beijing is the best location for accessing the most famous and well-preserved sections of the wall. Unless you plan multiple trips to the Wall, you will have to choose which section you want to visit. Badaling is the best preserved section, and accessible by public transportation and therefore the most popular, which means it can be extremely crowded at times. For a less crowded, and perhaps slightly less majestic experience, Mutianyu is a good alternative, however there is no direct transportation to get there from Beijing. Many tours are available from Beijing that will do the homework, and work out the transportation for you. 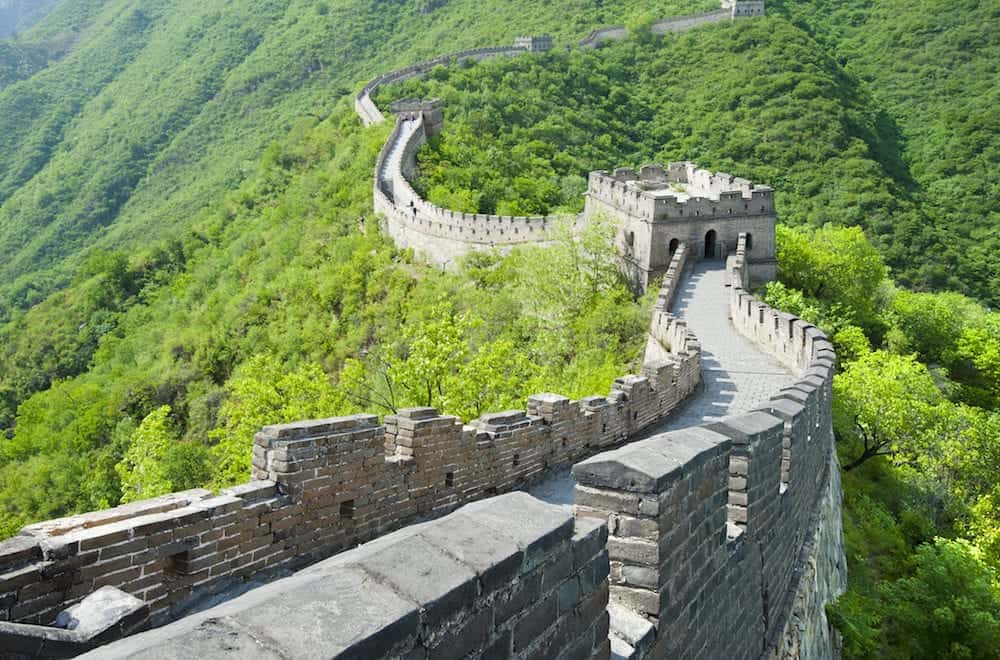 Beihei Park is another imperial garden, located in the center of Beijing. Also known as Northern Sea park, it is centered on a huge lake which contains an island called the Jade Flowery Islet. The island can be reached by a foot bridge on one side, or a ferry on the other side. You can spend an entire day exploring the gardens, pavilions, exhibitions and there is even a restaurant at the north end of the lake where you can refuel before continuing your adventures. 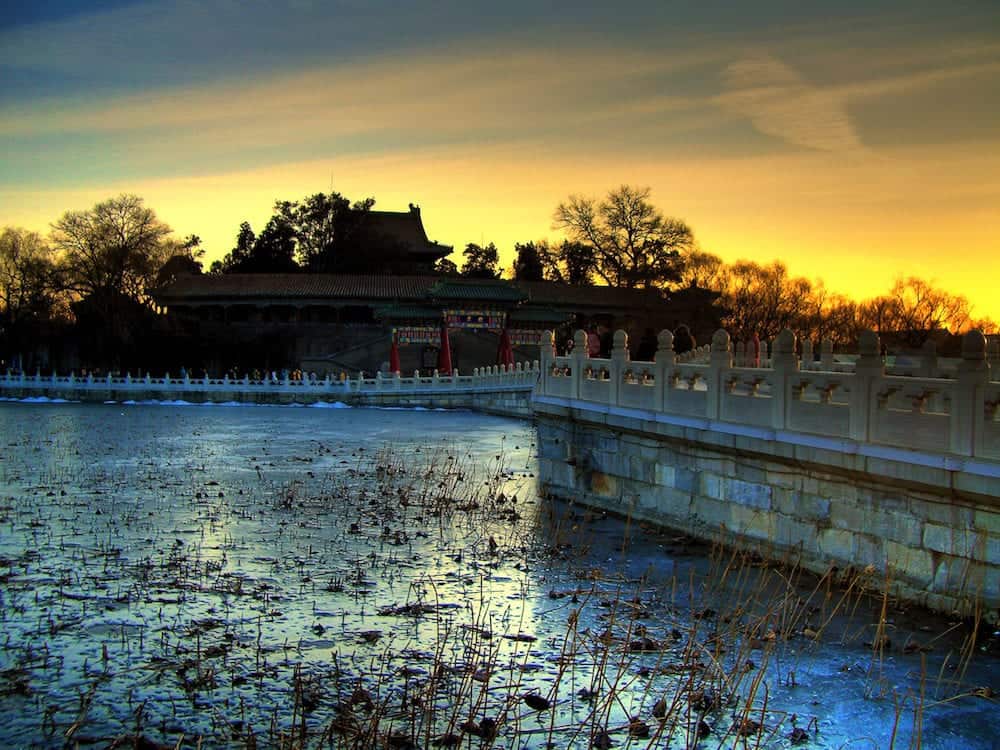 Not all of Beijing is ancient temples and gardens. Beijing’s Olympic Park was built for the 2008 Summer Olympic Games. Some of the well-known sites you can visit include the Bird’s Nest, the Water Cube, the Indoor Stadium and the Olympic Village. Beijing will once again be an Olympic host for the 2022 Winter Games, so many of these facilities will be used again. The Water Cube currently houses a water park in one area. In the Bird’s Nest, you can rent a segway to ride around the track for 20 minutes. If you visit in late afternoon, you can stay until evening when the buildings are lit up. The main sites are easily accessible by subway, and your entrance ticket to some buildings will include a guided tour. 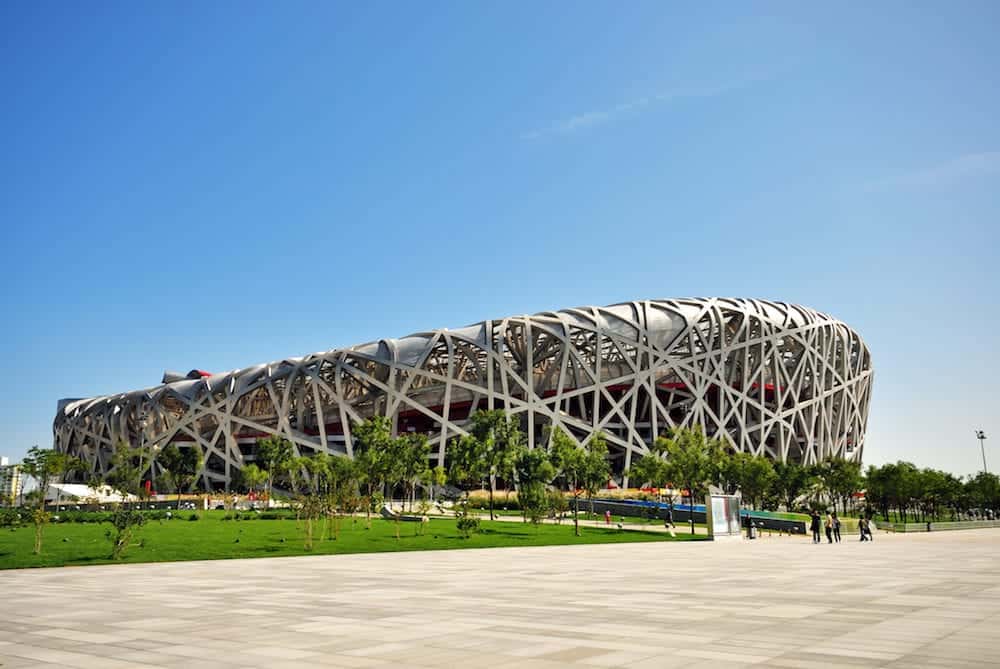 Of course, when visiting Beijing, you will want to sample some authentic Chinese or Peking cuisine. Dumplings (Baozi) are very popular here, and served in steamed wicker baskets. The buns can be filled with meat or vegetables and there is also a sweet variety. Peking Duck is a dish from the Beijing region dating back to the imperial era. There are ducks bred specially for this dish, which is characterized by crisp, thin skin and very little duck meat. Beijing is also one of the street food capitals of Asia, so leave room in your itinerary to sample some Beijing street food. 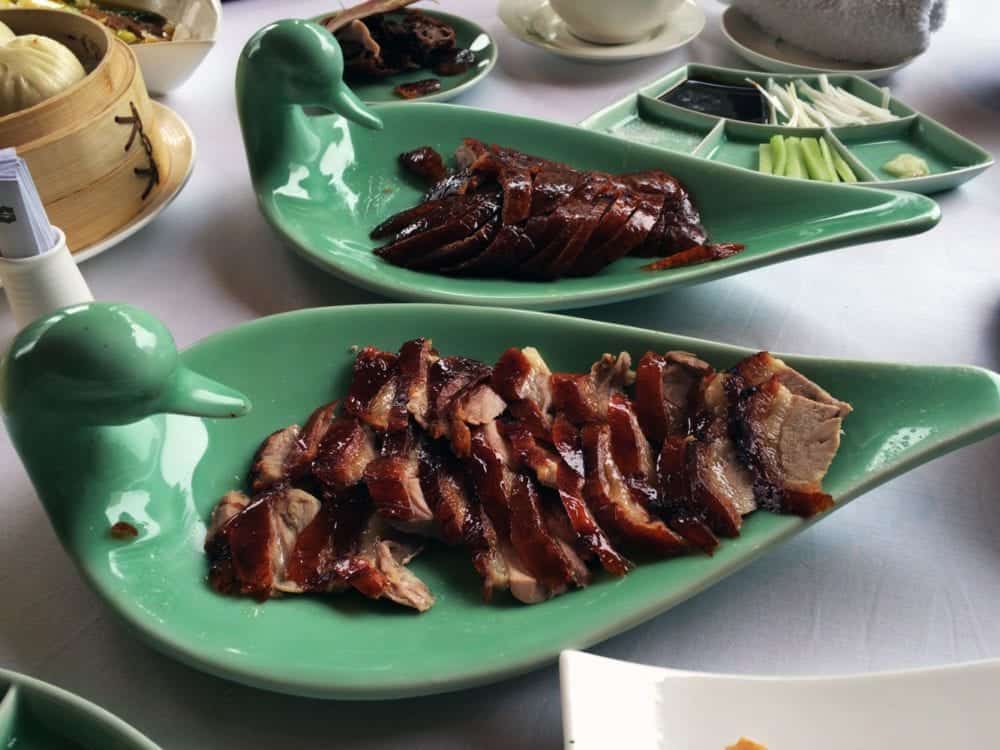 On the site of a former factory, the 798 Art Zone is now an exhibition center for Chinese art and culture. You can often find international art shows and fashion exhibits taking place. As it draws so many visitors to see the art, there are now also shops, restaurants and bars to cater to the tourist crowds. The art zone is best reached by taxi or bus, and while the zone itself is free, some galleries and shows may charge admission. 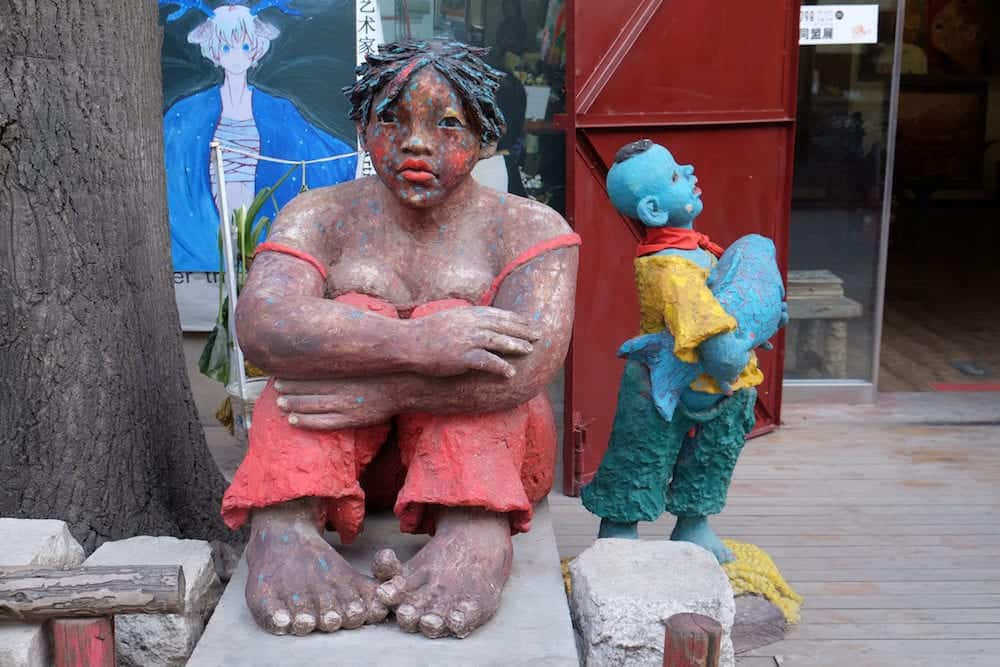 Sanlitun, or Bar Street, is a modern, popular destination for shopping, dining and entertainment. Over 80 bars line Bar Street, with some staying open 24 hours a day. Shopping ranges from mid-level brands like Adidas and Fossil to upscale brands such as Rolex and Longchamp. There are also spa services and beauty salons, as well as a huge variety of restaurants serving everything from Spanish tapas to American cuisine. 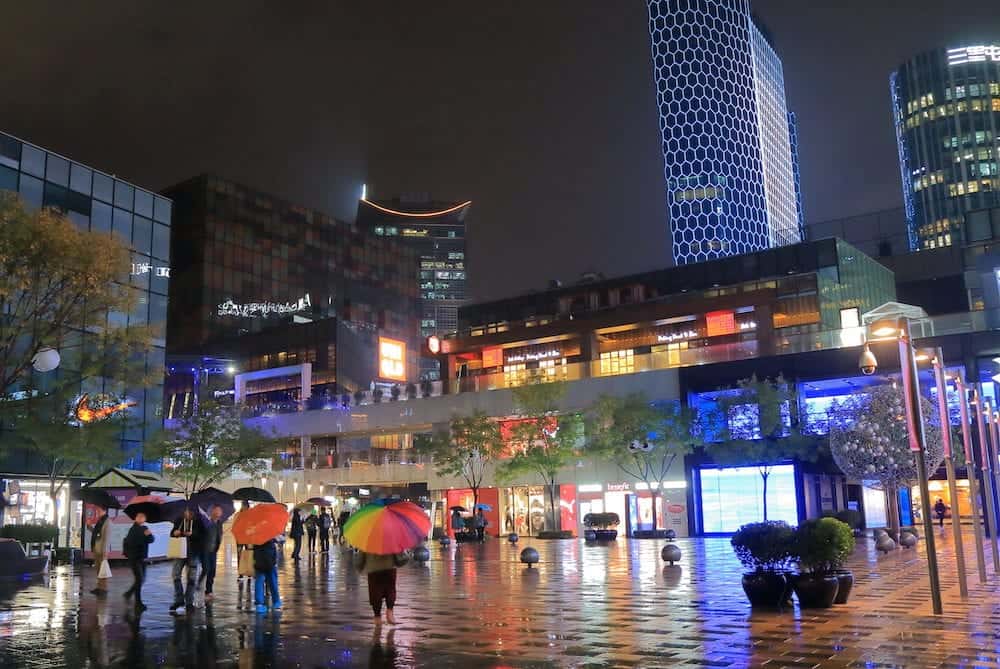 A less conventional tourist attraction is the Watermelon Museum. Within a building shaped like a watermelon, you can learn everything you ever wanted to know about watermelons. Why is there a watermelon museum near Beijing? It’s located in a region that is one of the largest watermelon producers in the world. Word of warning: this quirky museum does not yet cater to foreign tourists, so you won’t find any display captions titled in English!

Another quirky Chinese contraption is the Dragon Escalator, which is the world’s largest outdoor escalator. 90 kilometers from Beijing, at the site of the Dragon Gorge on the Yangtze River, the escalator brings you to the top of a dam. The escalator is one-way only, so to get down you will have to descend many stairs, or take a toboggan ride. 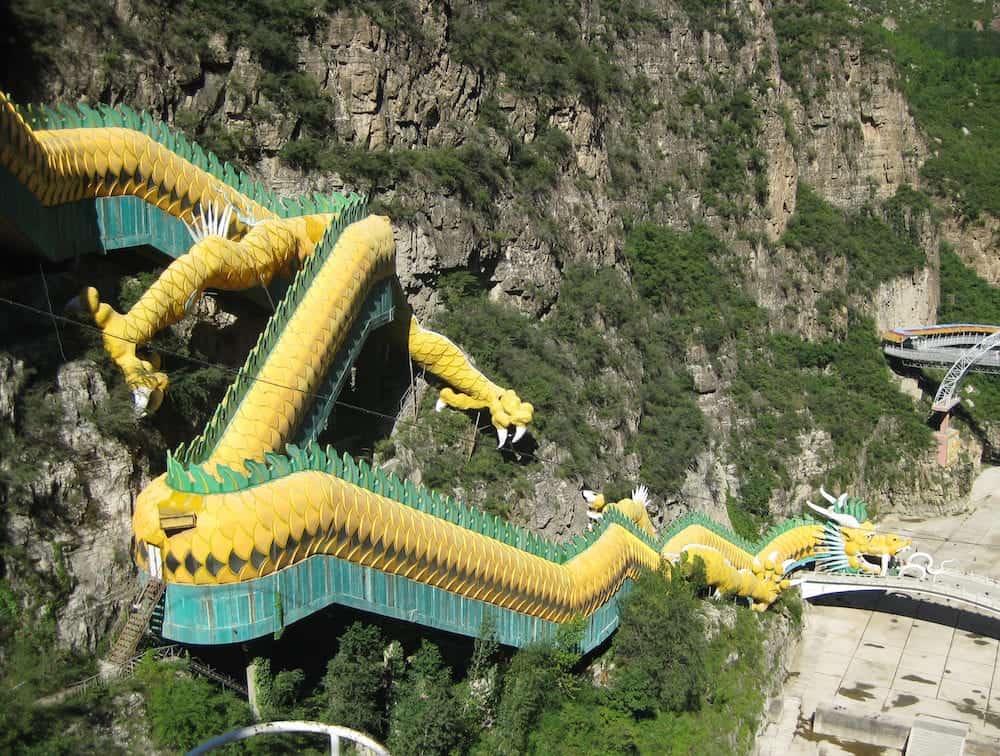 Beijing’s Silk Market has over 1,700 vendors and attracts up to 60,000 visitors on weekend days. It is best known for counterfeit designer goods, but also includes traditional Chinese crafts, home goods, electronics and coffee and restaurant chains like Subway and Lavazza. The Silk Market is easily accessed by subway or bus lines. 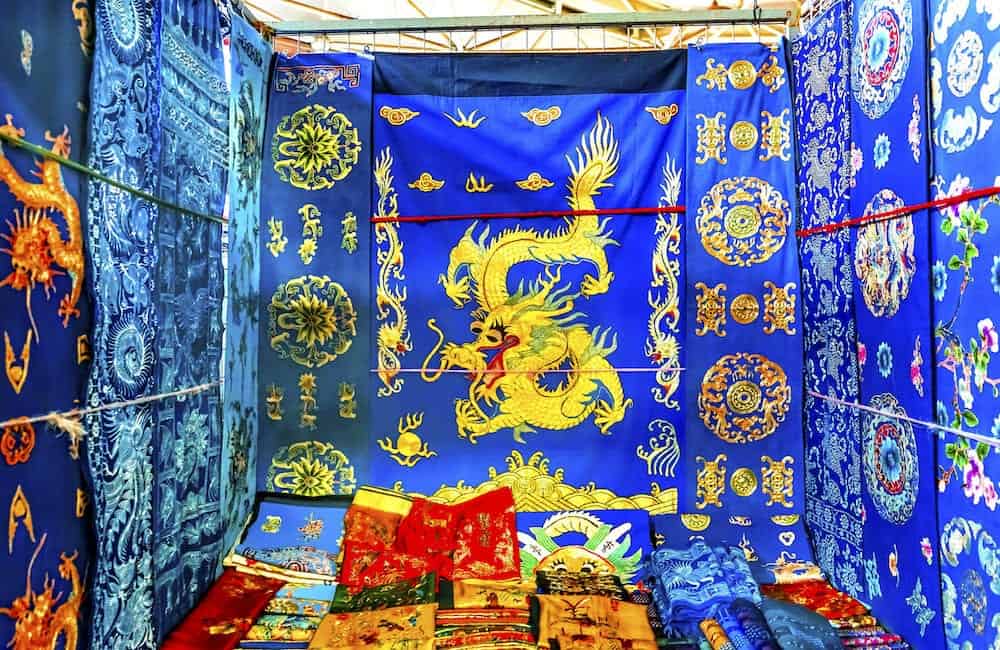 Also known as the Dirt Market, the Beijing Antique Market is the largest arts, crafts and antiques market in the city. It is essentially a giant flea market where you can purchase just about anything you can imagine, such as Chinese souvenirs, figurines, artifacts and furniture. While it may be hard for a tourist to discern what is quality and what is junk, a stroll through the market will be entertaining nonetheless. The street stalls are open on the weekends only, while the market stores are open daily, and you can reach the market via bus. 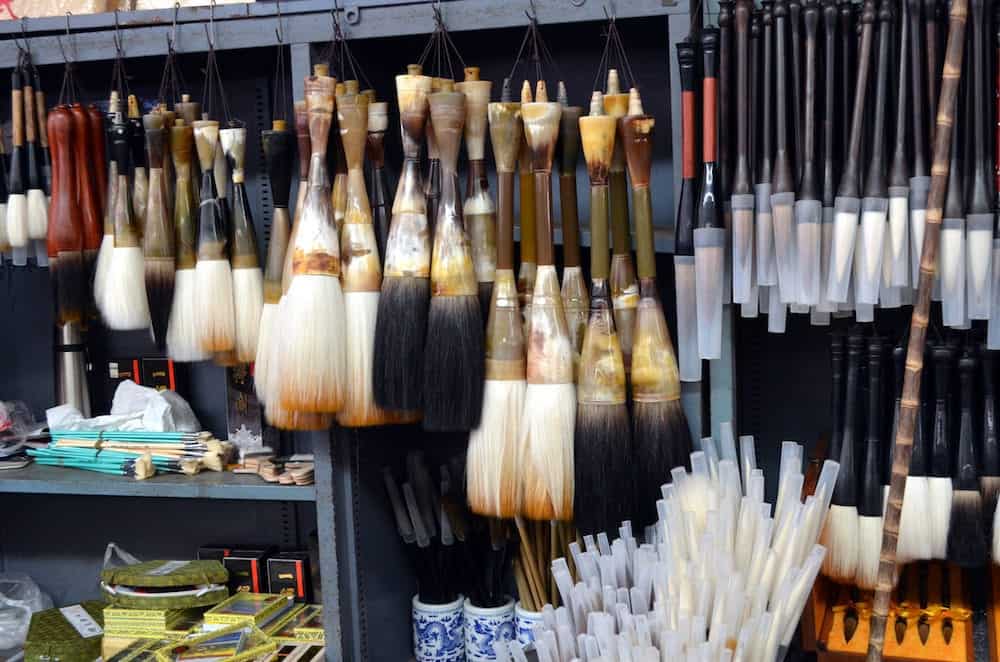 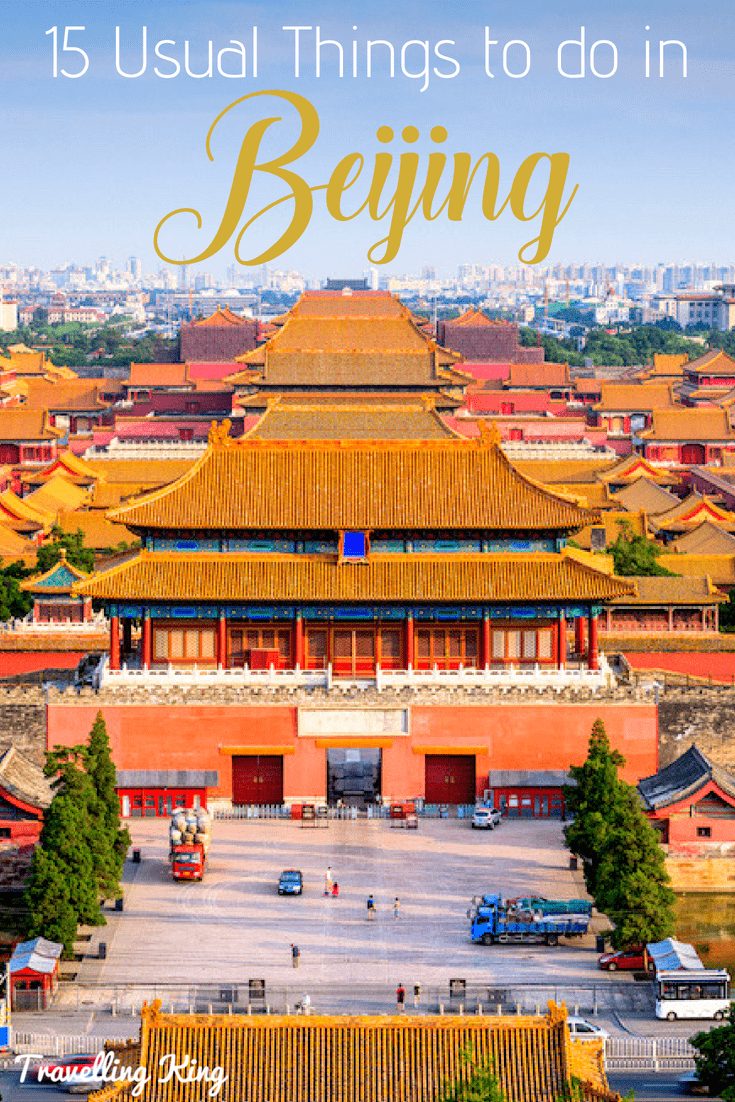 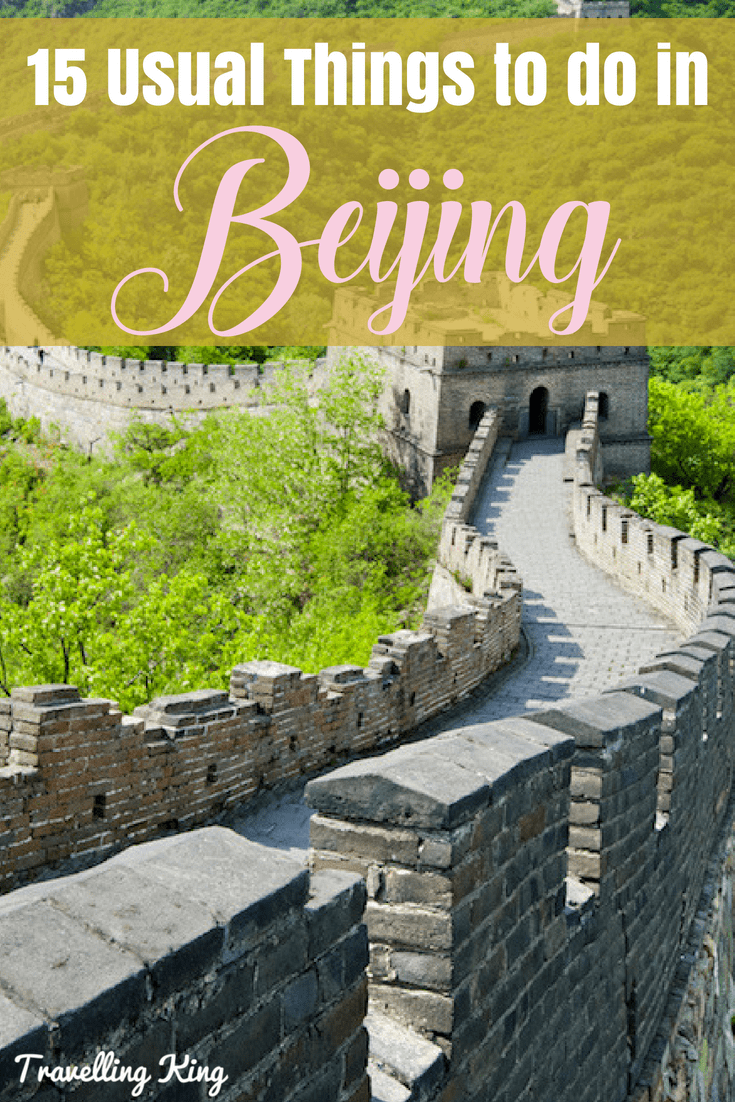 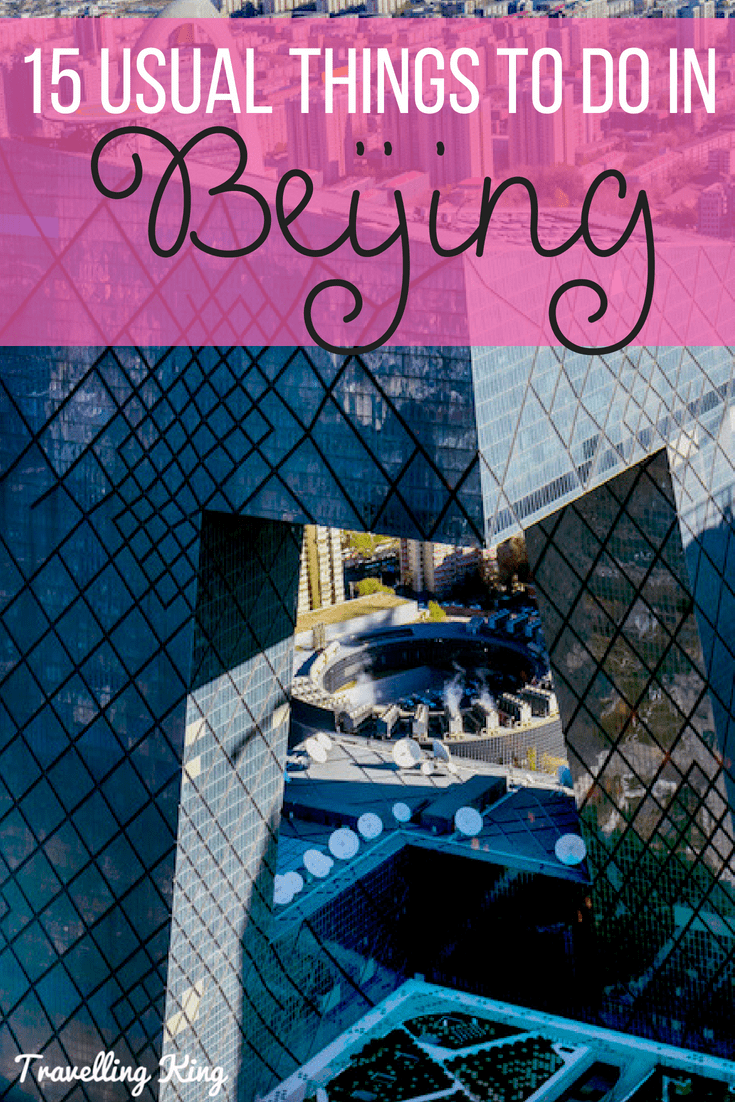 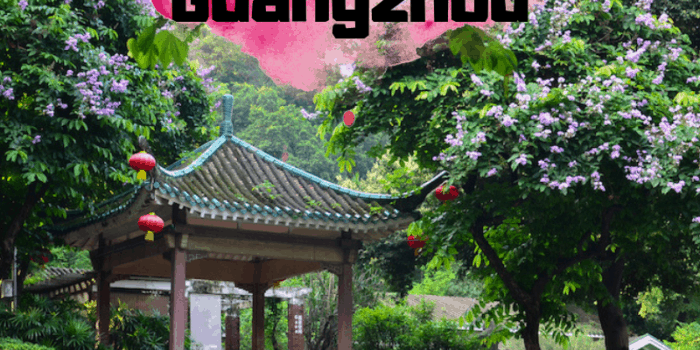 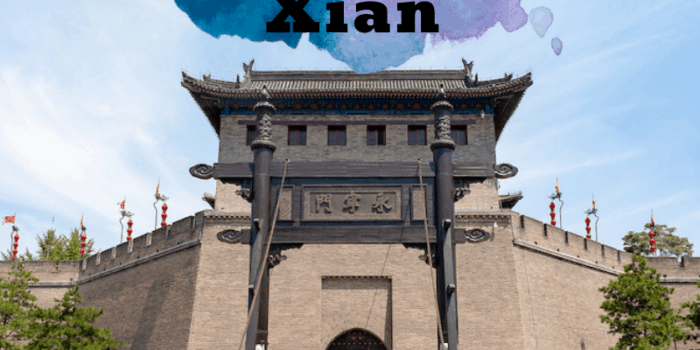 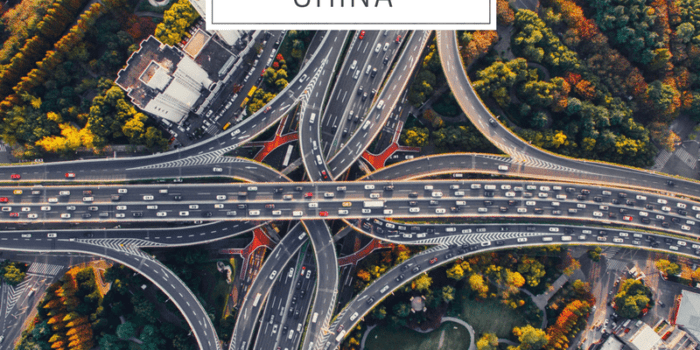 Where to stay in Beijing China 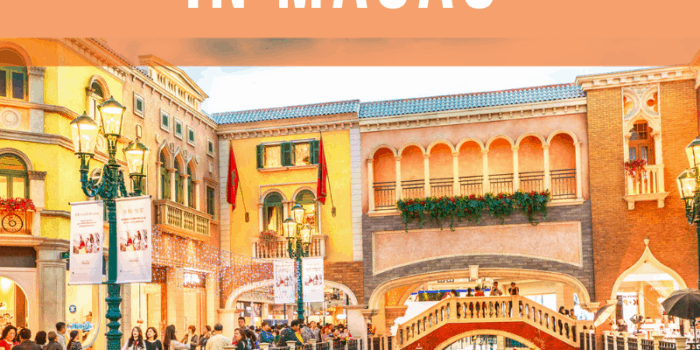 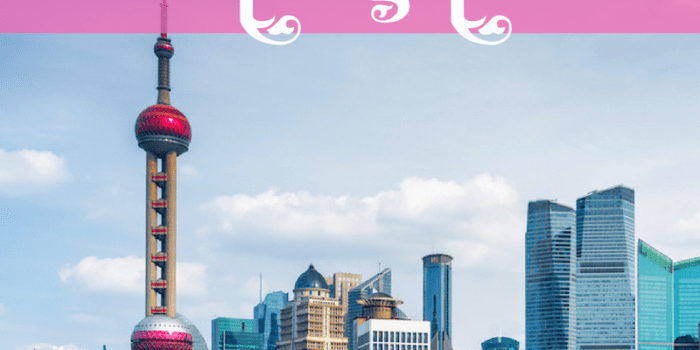 Where to stay in Shanghai, China 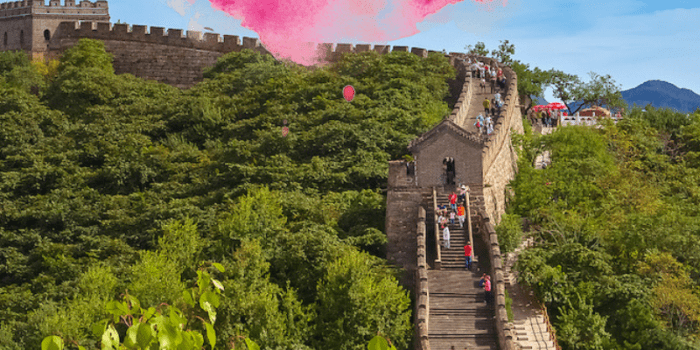