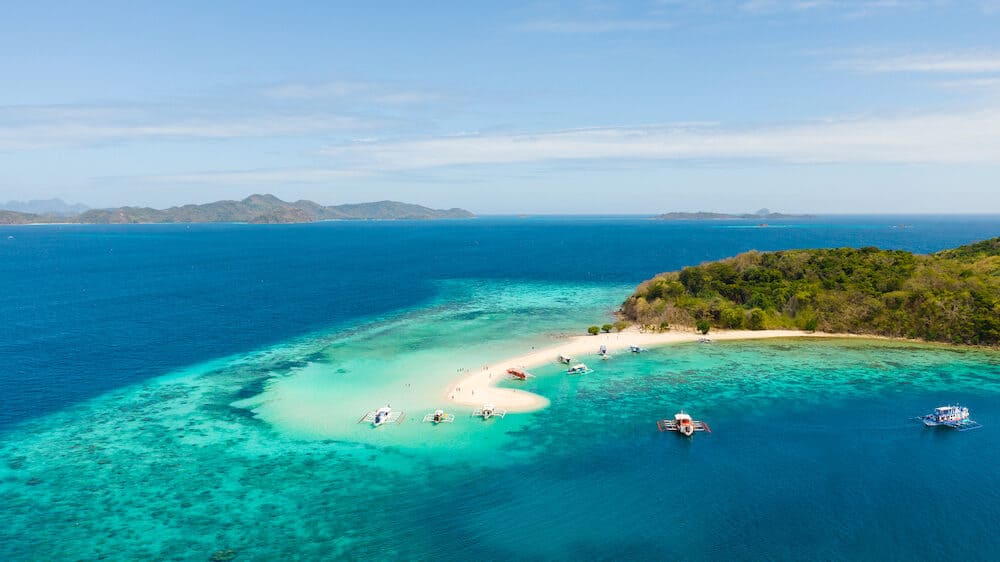 For many years, Palawan Island was a hidden secret vs. Boracay’s well-trodden tourist path. Boracay is so popular that the government actually closed the area to tourism for six months in 2018. Which left a void in Philippines destinations that Palawan happily filled. With Boracay back open, Palawan is returning to “normal” levels of tourism and has many great destinations for beach-going travelers.

The largest province of the Philippines, there are tons of gorgeous Palawan Island resorts to choose from. With so many places to stay in Palawan, making the decision can be overwhelming, so we’ve created this guide to help you decided where to stay in Palawan.

Plan your trip to the Philippines

Read more on the Philippines:

Looking for a particular destination, see below otherwise you can go to Philippines Travel Guide to view current posts.

Puerto Princesa – Where to stay in Palawan for first timers

Palawan’s capital city is pretty centrally located and is a common entry point for travelers to Palawan. Puerto Princesa has two very popular attractions, so even though it is not the best beach destination in Palawan, it is worth adding a day or two for these experiences.

One of the most popular things to do in Palawan is to take a firefly watching tour along the Iwahig River. The other main attraction is the underground river tour of the Puerto Princesa Subterranean River National Park. If you plan to do either of these activities, then Puerto Princesa is the best place to stay in Palawan.

Where to stay in Palawan Puerto Princesa 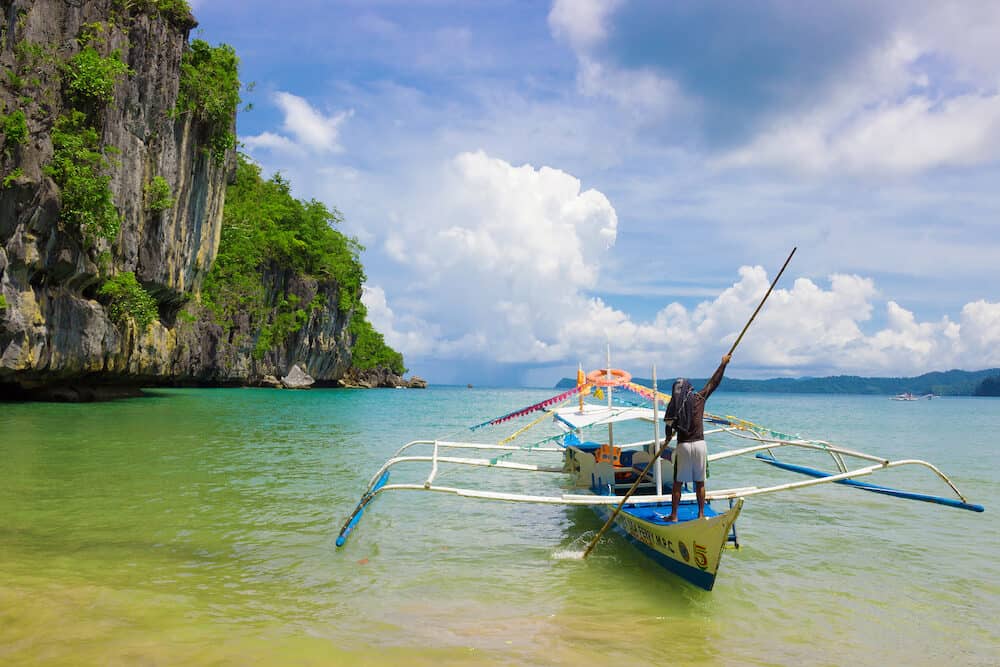 Sabang – Where to stay in Palawan for day trips

Another off the beaten path destination in Palawan is Sabang, which is actually the jumping-off point for the underground river trips. Located less than 40 kilometers from Puerto Princesa, most tourists visit Sabang on a day trip from the capital city, but it’s also a great place to stay in Palawan. There are plentiful shuttles from Puerto Princesa airport, and you don’t have to endure a lengthy bus ride as is required for El Nido. Accommodation options range from luxury beach resorts to budget-friendly beach cottages.

Best places to stay in Sabang 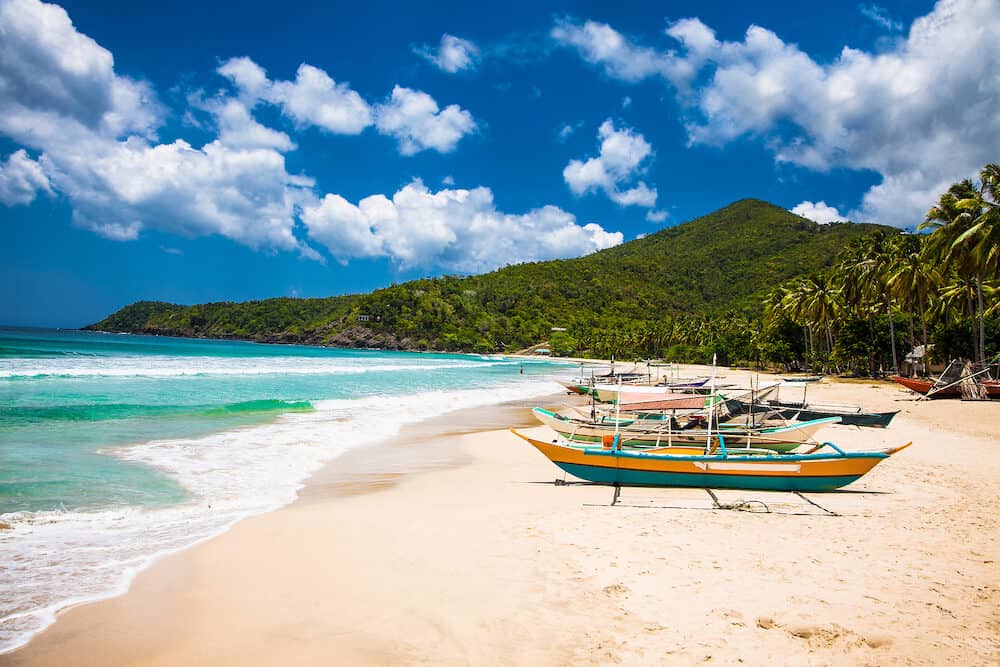 El Nido – Where to stay in Palawan for tourists

El Nido is often cited as one of the best beaches in the world and is the best area for tourists interested in island hopping to jaw-dropping spots like the Bacuit Archipelago. El Nido is not the easiest Palawan destination to reach; the most common is to take a seven-hour bus ride from Puerto Princesa or a plane from Manila, but once you’ve arrived, you’ll think you are in paradise.

The best sites and beaches around El Nido are most often explored on tours to the 40-plus islands around El Nido, but Caalan Beach and Corong-Corong beach are each a short distance from downtown El Nido. Despite being a small area, there are loads of hotels and resorts to choose from, although some of the more budget-friendly El Nido accommodations may have limited hours with electricity; that’s all part of the adventure of traveling off the beaten path!

Where to stay in Palawan El Nido 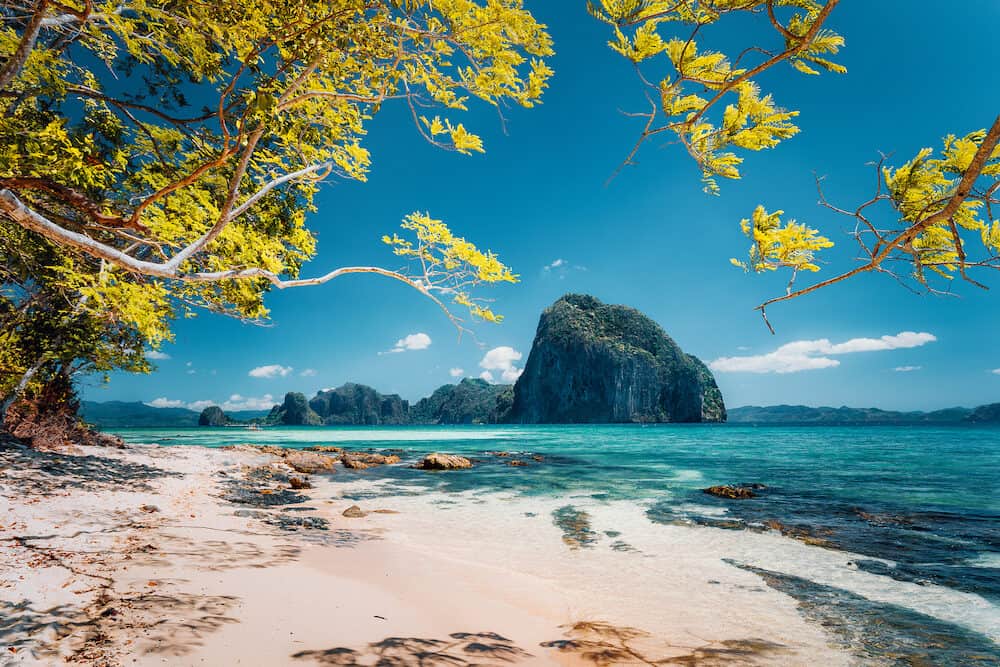 Coron – Where to stay in Palawan for nightlife

If you would like to spend time scuba diving in Palawan, then Coron is the best destination for you. With over 40 islands offshore and many sunken Japanese warships in the area, diving is a popular activity. The beautiful beaches and laid-back atmosphere make this a perfect family-friendly destination in Palawan.

With a large selection of hotels and resorts in Coron, there are accommodation options for every budget. While you’ll spend most of your time in Coron beach-hopping or island hopping, Coron Town has a decent selection of restaurants and nightlife if that’s what you’re looking for.

Where to stay in Coron Palawan 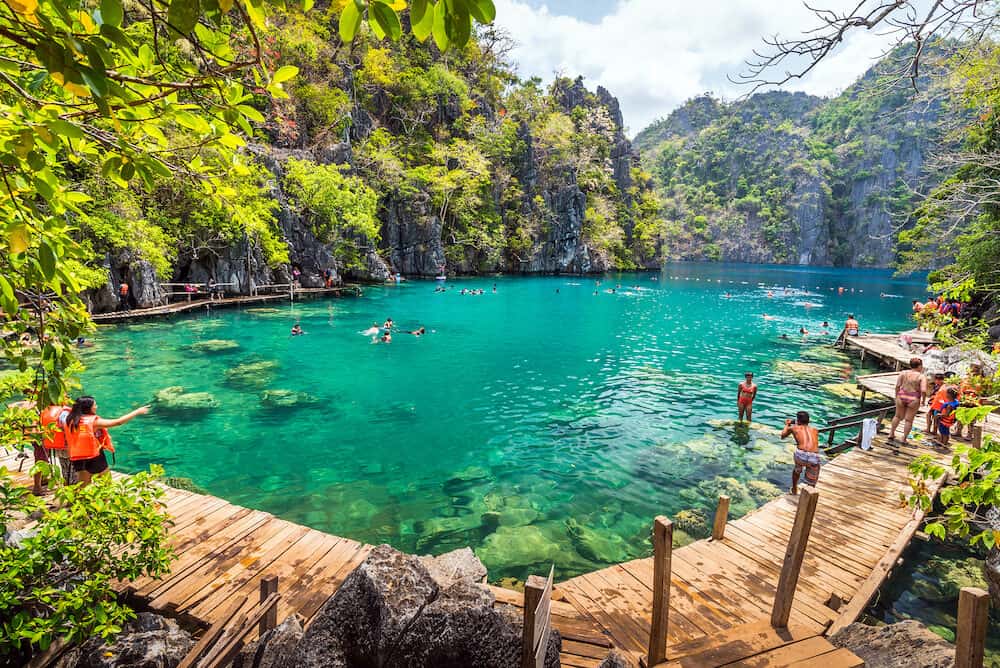 Port Barton – Where to stay in Palawan on a budget

Think of Port Barton as El Nido without the “crowds.” It’s still possible to find pristine, untouched beaches around Port Barton. With a few larger resorts scattered outside of Port Barton, the main accommodation option is small hotels and guest houses. Backpackers looking for budget-friendly Palawan accommodation will find many choices in Port Barton, although don’t expect a big nightlife scene and not all accommodation has 24-hour electricity. Port Barton is the best area for adventurous tourists who want to get off the beaten path and enjoy a quiet, serene vacation.

Where to stay in Port Barton 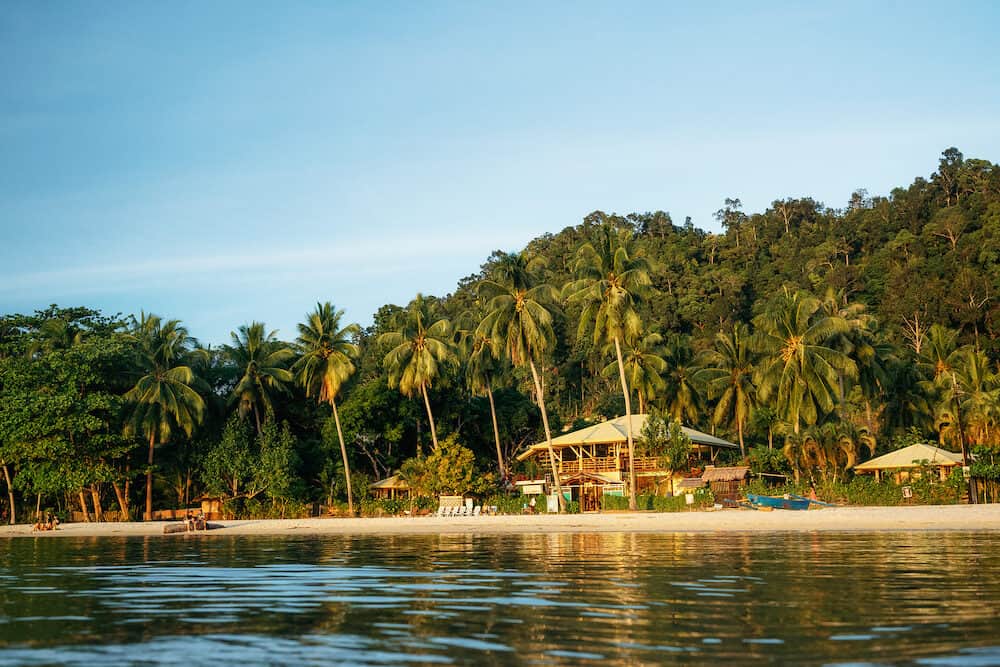 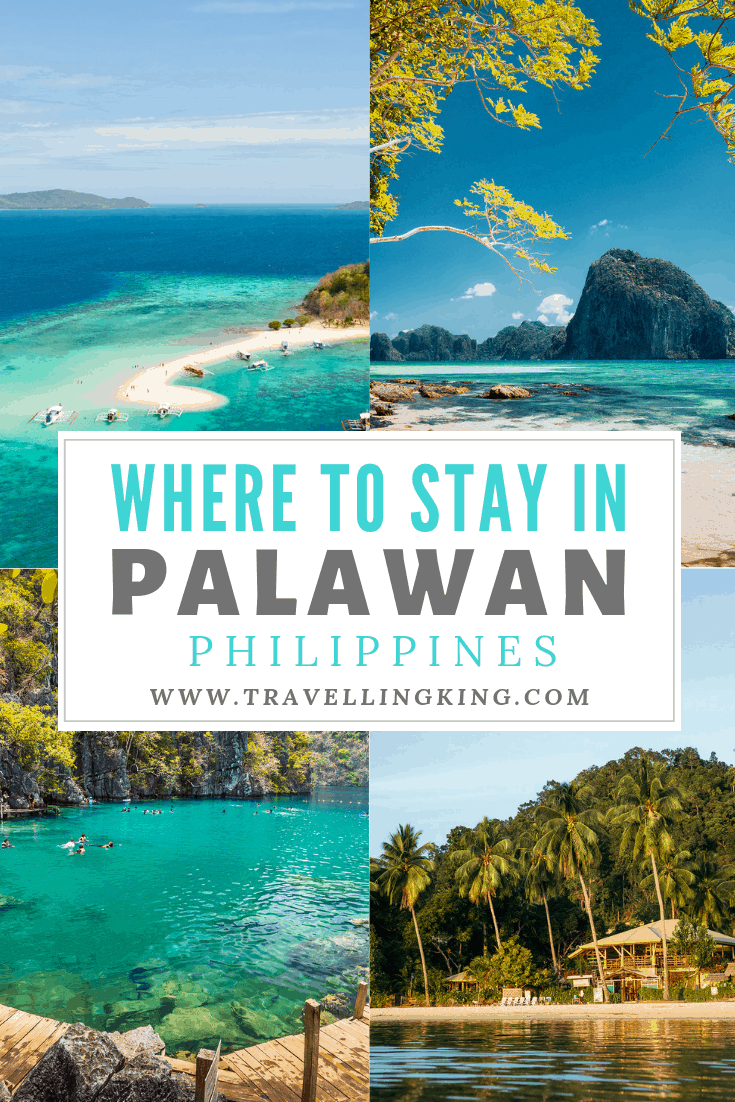 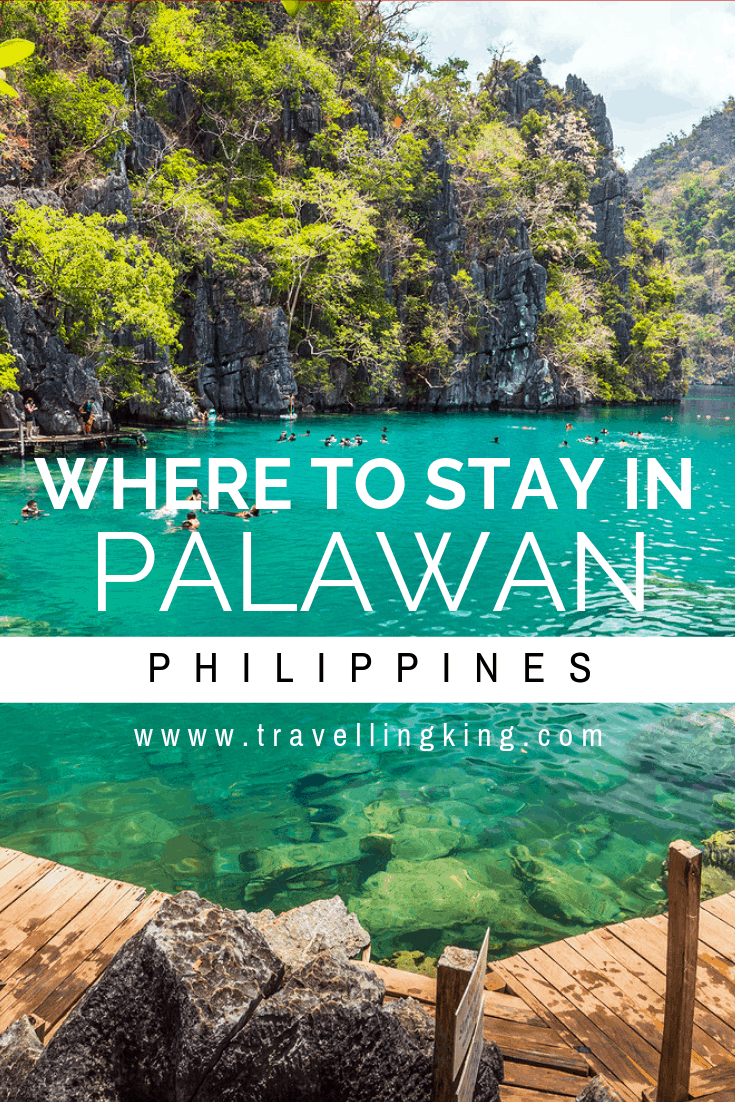 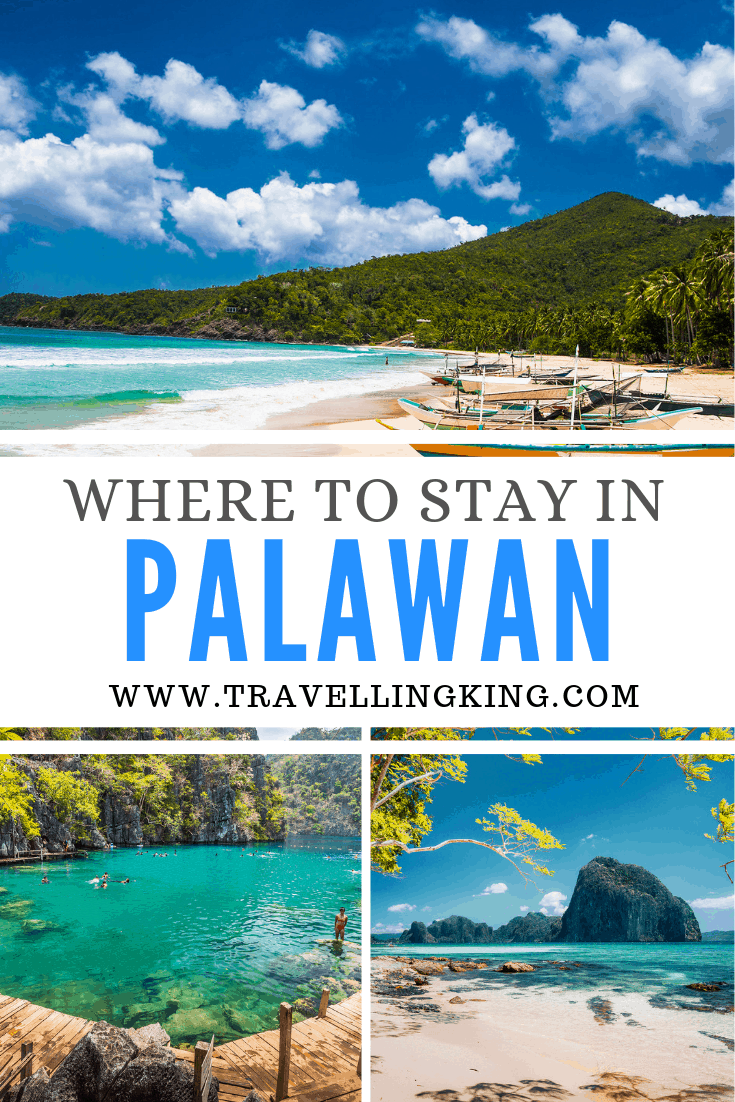 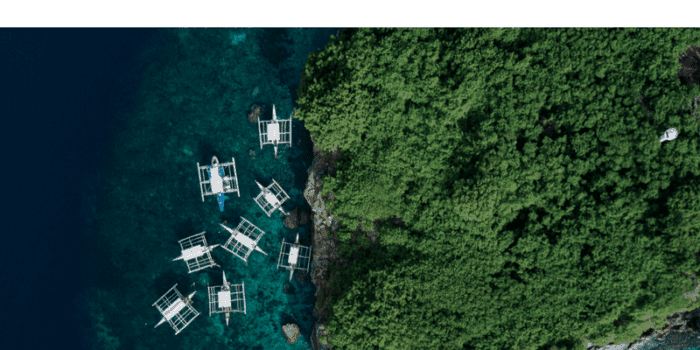 Where to stay in Cebu Philippines 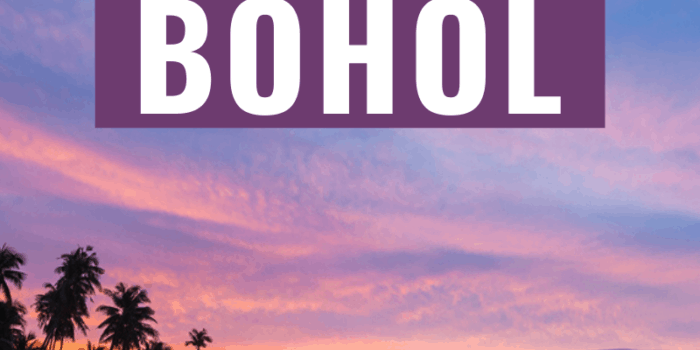 Where to stay in Bohol 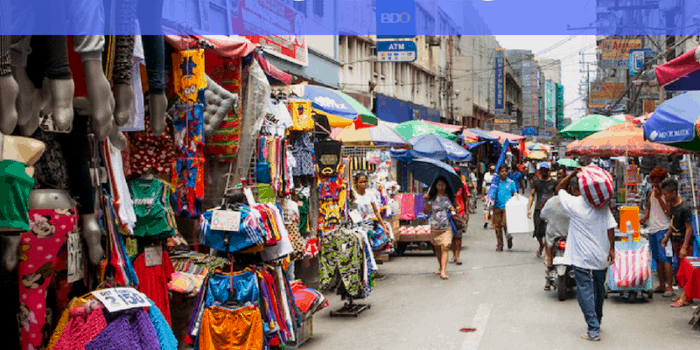 Where to stay in Manila as a first time visitor 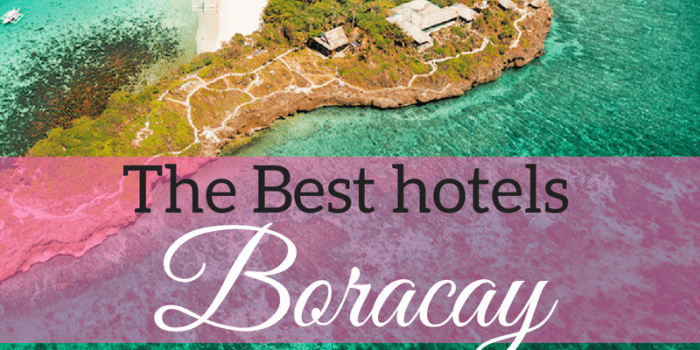 Where to Stay in Boracay, Philippines 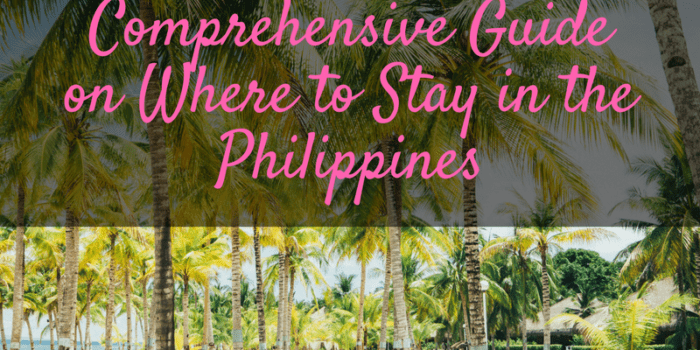 Where to Stay in the Philippines – Shopping, Island relaxation, Party Scene or Stunning Sights 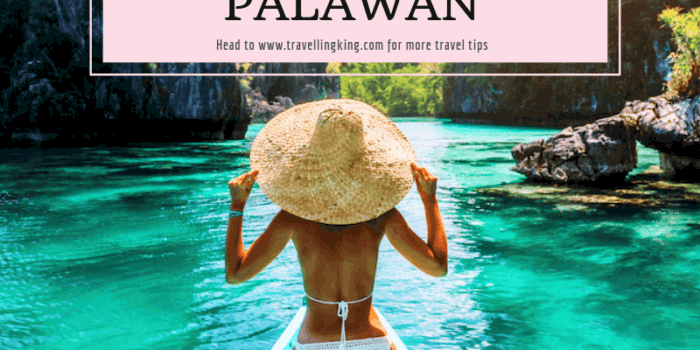 The Ultimate Guide to Palawan