Many visitors to Mexico’s Yucatan Peninsula flock to the Riviera Maya towns of Cancun, Cozumel, Tulum and more. For travelers to Mexico seeking a more cultural experience, Merida is the perfect option! Merida, the Yucatan State capital is a great base for exploring the nearby Mayan ruins and nature reserves.

The culture in Merida is a unique blend of Native, Mayan and Spanish influences. Merida also makes an excellent add-on to a Cancun vacation, as flights are just 50 minutes, or three hours by road. To help plan your visit to Merida Mexico, we’ve got the best Merida neighborhoods to help you decide where to stay in Merida Mexico. You’ll find Merida hotels suitable for every budget.

Plan your trip to Mexico

Need data for your trip to Mexico? We use Tep Wireless which offers unlimited data for $8 per day. Travelling King readers can get 10% off using the discount code TRAVELLINGKING on check out.

Looking for a particular destination, see below otherwise you can go to Mexico Travel Guide to view current posts

Zocalo – Where to stay in Merida for first timers

The central plaza of most Mexican cities is the Zocalo, it’s one of the best neighborhood to stay in Merida for first timers. In Merida, this is also sometimes called the Plaza Grande. The central location, and ease of access to the best tourist sites makes this great place to stay in Merida. Most Merida accommodation is advertised based on distance from Zocalo or Centro.

If you like to take tours and day trips on your travels, this is also a good option as many tours will leave from this central meeting place. The most central area of the city also tends to be the most touristy, so plan to pay higher prices for lodging and restaurants, as well as souvenirs. If you are only in Merida for a short time, the convenience is likely well worth the surcharge.

Best places to stay in Zocalo

Centro – Where to stay in Merida for families

The downtown area surrounding the Zocalo is referred to as Centro. Most of the municipal buildings, museums, and large cathedrals are located in Centro. The main street running through Centro is the Paseo de Montejo, a tree-lined boulevard named for Francisco de Montejo, the founder of Merida.

The Paseo was once lined with grand mansions, and still is, in some areas. Similar to Zocalo, anyone planning many day trips or tours will find this central location to be an excellent home base in Merida, and there are many Merida hotels in this area, from hostels to luxury.

Best places to stay in Centro 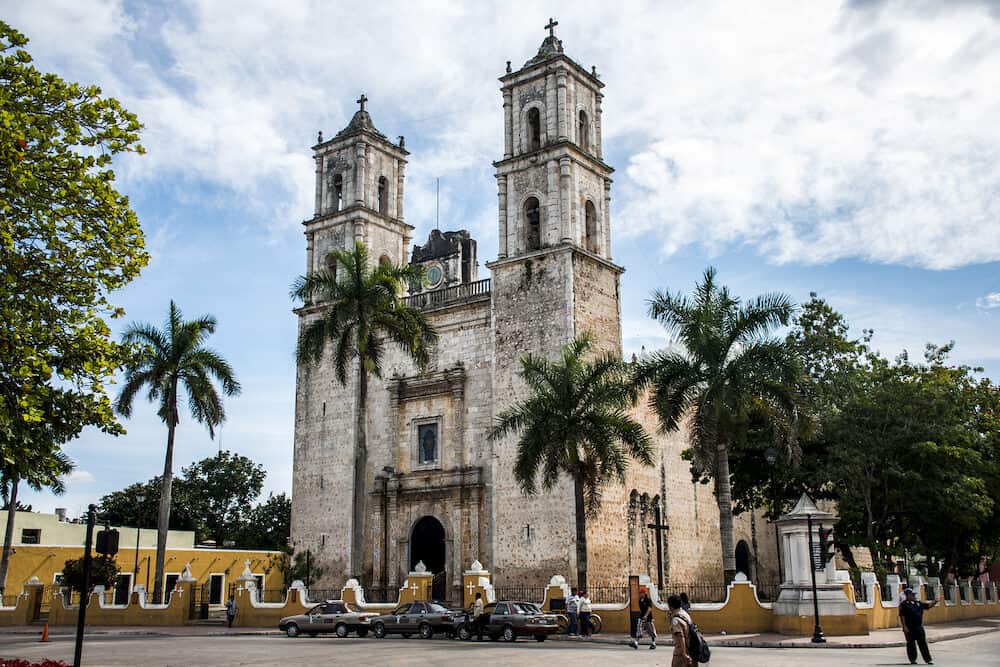 Santa Lucia – Where to stay in Merida for an authentic experience

For a more residential experience, the neighborhood of Santa Lucia is a good option. This is actually the closest Merida district to the Zocalo. If you prefer Airbnb, Merida Mexico has many offerings in this neighborhood.

In addition to excellent restaurants, you’ll have easy access to grocery stores and everyday shops. Many expats call Santa Lucia home, so it’s an international flavor overlaid with Mexican culture. The hub of Santa Lucia is the church, and the adjacent park, where festivals and fairs take place.

Santa Ana – Where to stay in Merida on a budget

One of the more artistic districts of Centro Merida is Santa Ana. The church here was founded in 1500, and the area has had many iterations over the centuries. The central park of Santa Ana is surrounded by many art galleries and museums, cafes and boutiques. Paseo de Montejo runs through Santa Ana, and is lined with commercial businesses and banks.

The popularity of Santa Ana with expats has earned it the nickname “Gringo Gulch.” Nevertheless, this Merida neighborhood is a fun blend of modern artists meet affluent expats meet Mexican culture. Street markets and food stalls are still very popular, in addition to a few tourist shops popping up around the area. 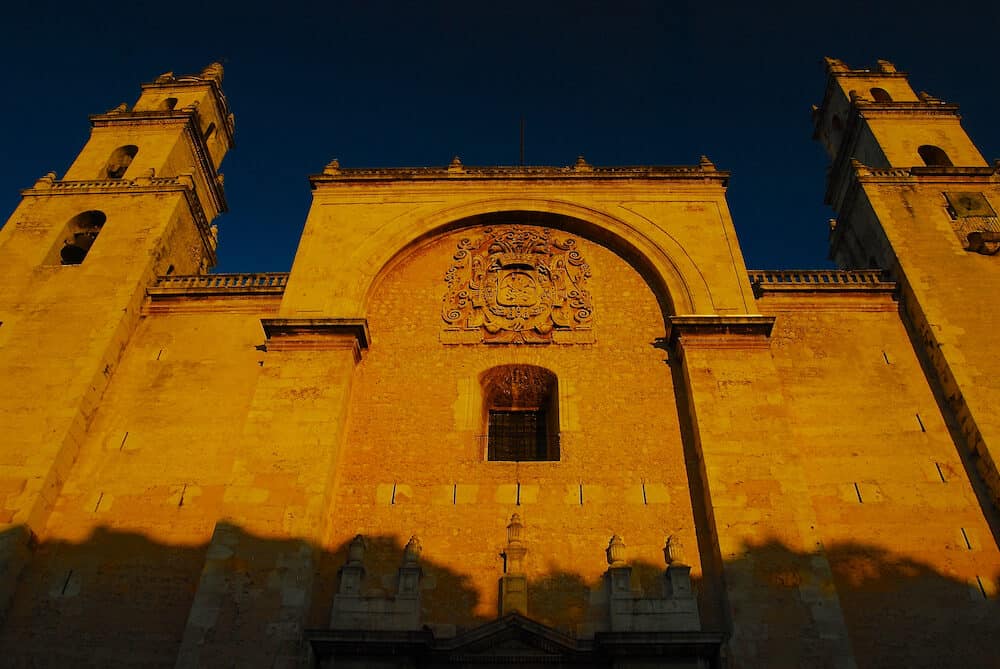 Santiago – Where to stay in Merida for couples

One area of Merida that is on the upswing is Santiago. What was once the meat-packing district of Merida is gaining popularity within the expat community, and local services are increasing. Several 18th century churches still stand, while empty lots are converted to sports fields and parks.

The market along Calle 70 is very popular and folks come from all over Merida to dine at the many authentic restaurants here. Be aware that early August brings a huge festival to Santiago; the neighborhood is known for fairs, but August is particularly rambunctious, and fireworks are a popular part of any Mexican celebration, so it won’t be the quietest neighborhood in Merida!

Best places to stay in Santiago 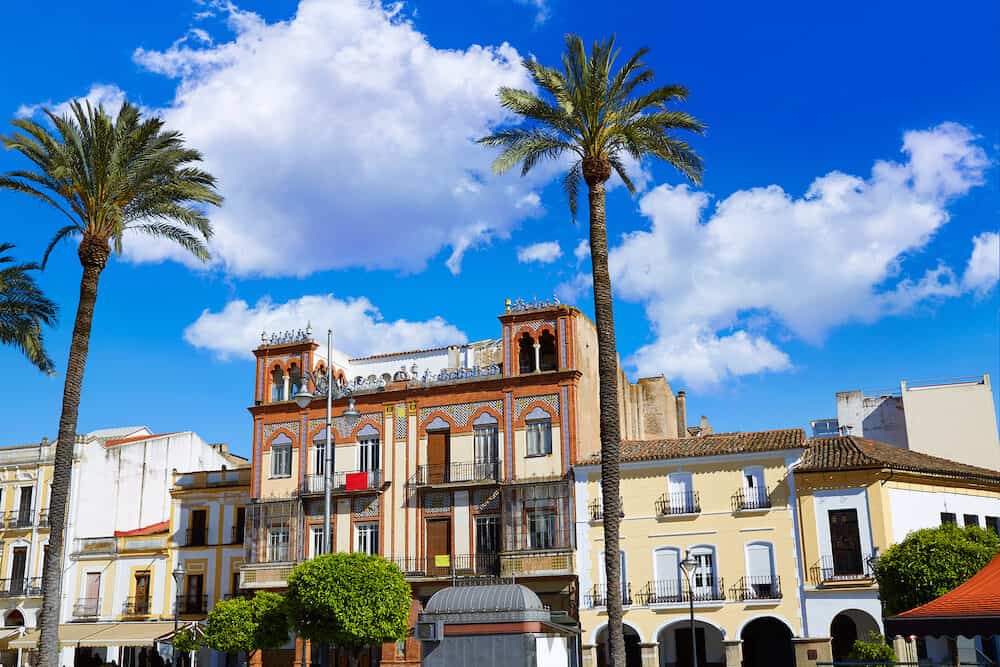 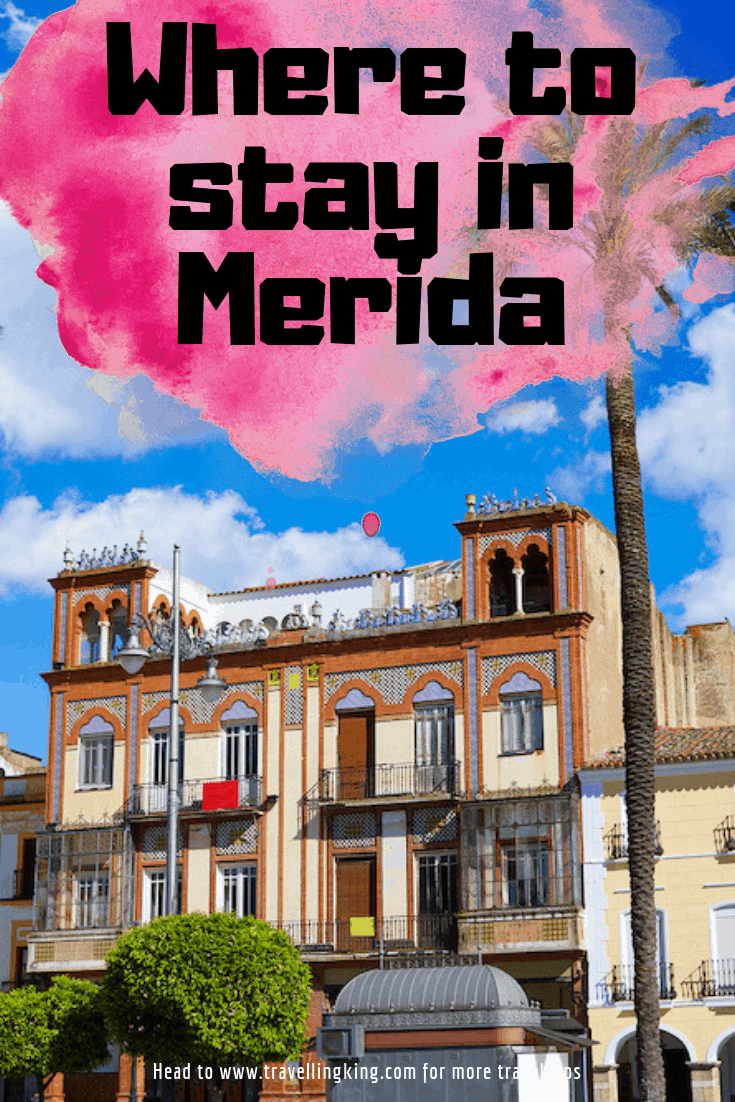 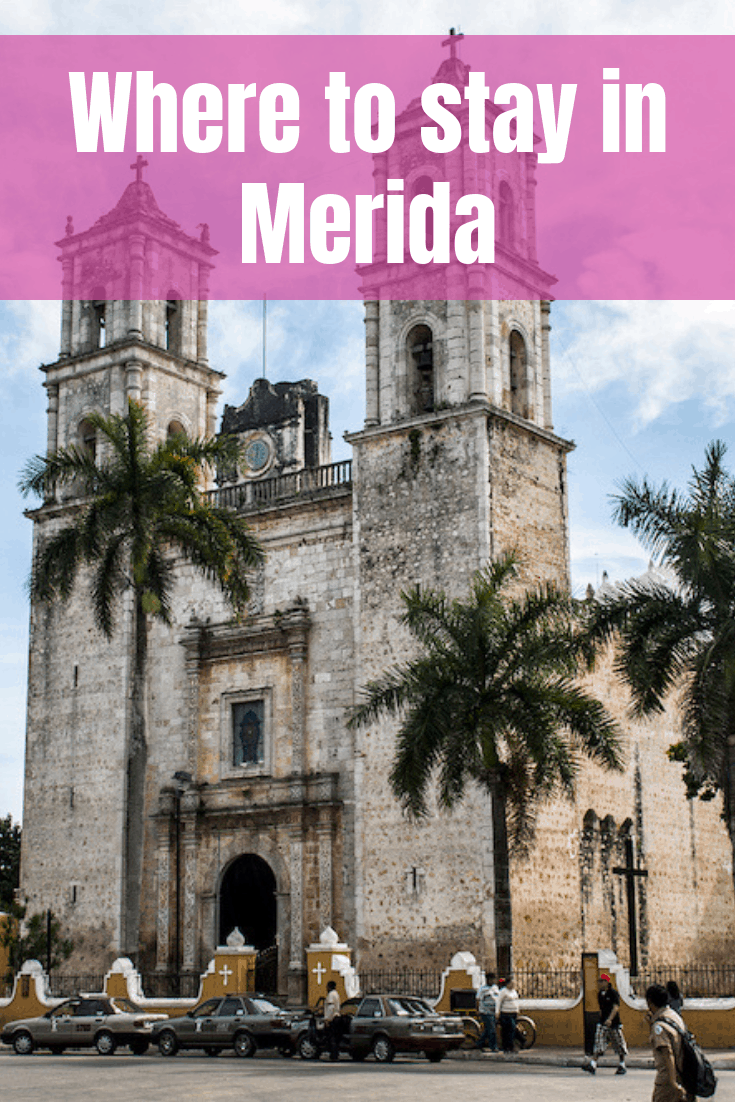 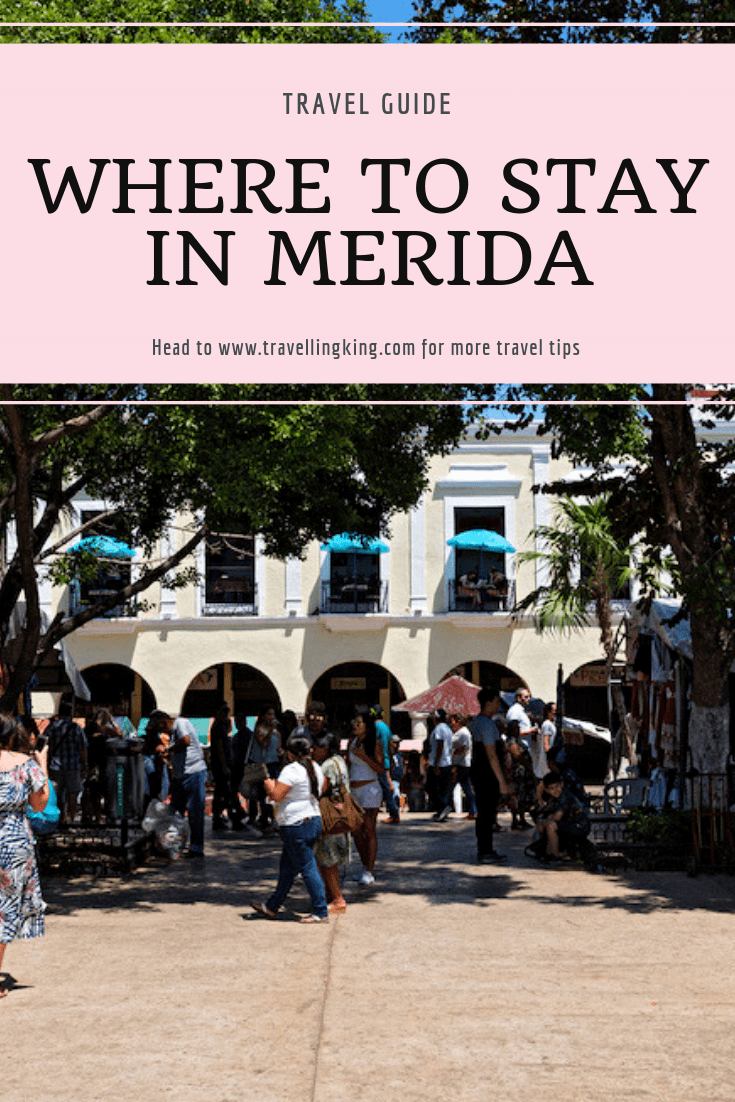 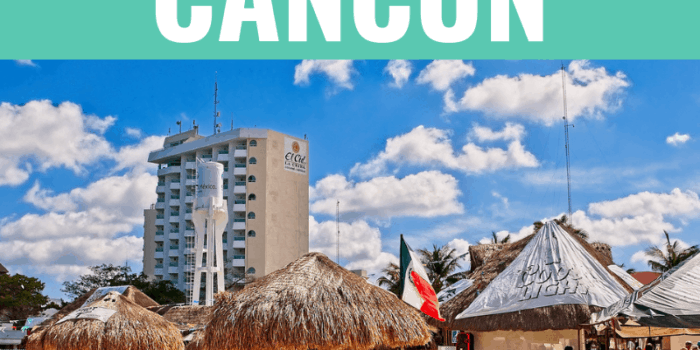 Where to stay in Cancun 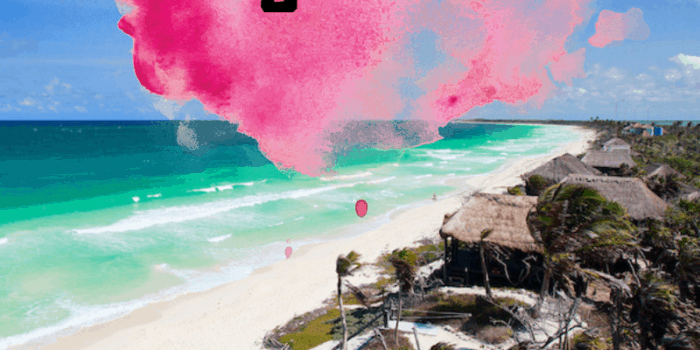 Where to stay in Tulum

10 best dishes you don’t want to miss in Mexico 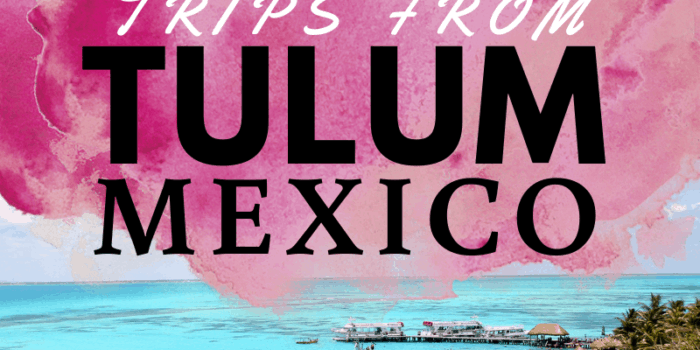 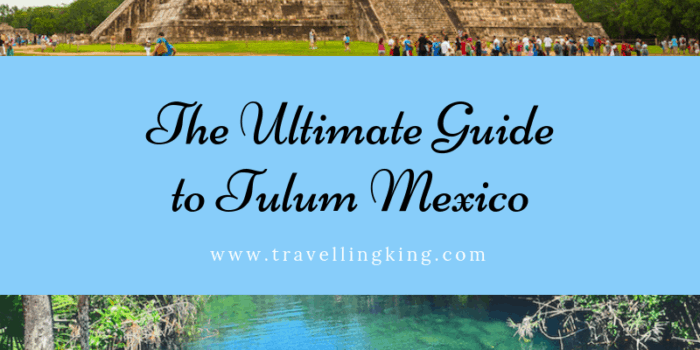 The Ultimate Guide to Tulum Mexico 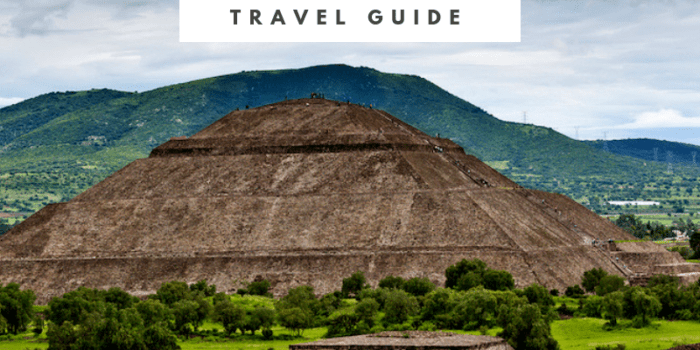 10 Things to do in Mexico City