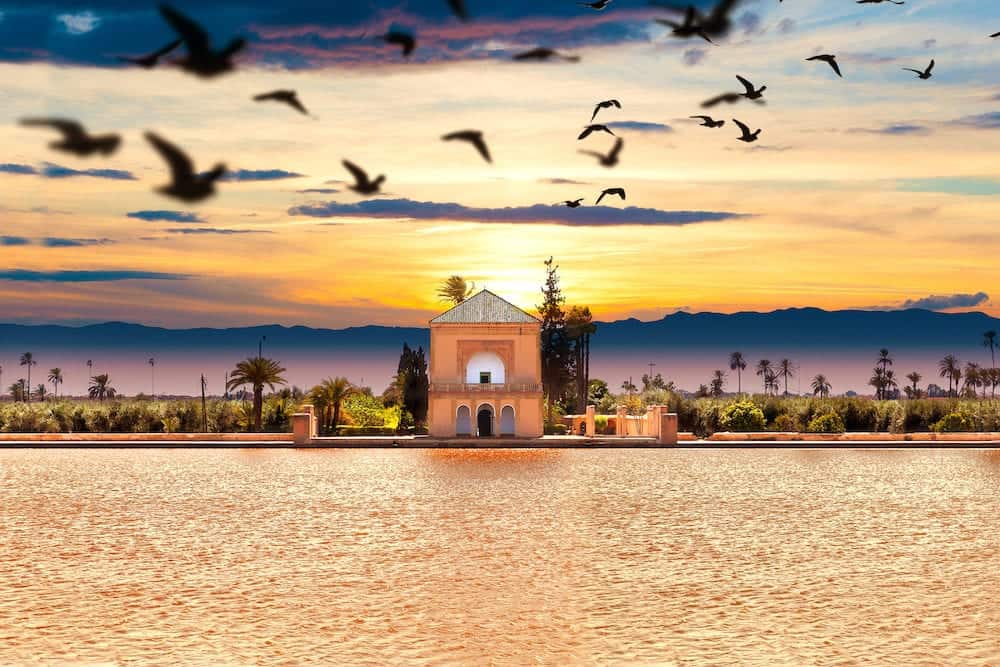 Marrakech is the city of medinas and minarets, souks and snake charmers within day trip distance of the Atlas Mountains. While it is not even in the top three largest Moroccan cities, Marrakech is nevertheless one of the most famous cities in Morocco, and one of the most visited by international tourists.

The city has just under one million residents, and there is something for everyone in the “Red City.” Choosing where to stay in Marrakech will be an important decision in your travel planning. Whether you prefer a traditional Moroccan riad, or more modern Marrakech hotels, we can recommend the right Marrakech districts for you.

Plan your trip to Morocco

Looking for a particular destination, see below otherwise you can go to Morocco Travel Guide to view current posts

Medina – Where to stay in Marrakech for tourists

At the heart of Marrakech is the Medina, the 1000 year old UNESCO World Heritage Site. This is the old city of Marrakech, and all visitors to Marrakech will end up at the Medina at some point during their visit. In the middle of the Medina is the famous Bahia Palace, a 19th century with 150 rooms that are open to the public as a museum.

Some of the best riads in Marrakech can be found in the Medina, and there are over 500 to choose from in the Medina! A broad selection of Marrakech hotels,and easy access to some of the most popular destinations in the city make the Medina the best area to stay in Marrakech, especially for first-time visitors, or those short on time.

Best places to stay in Medina 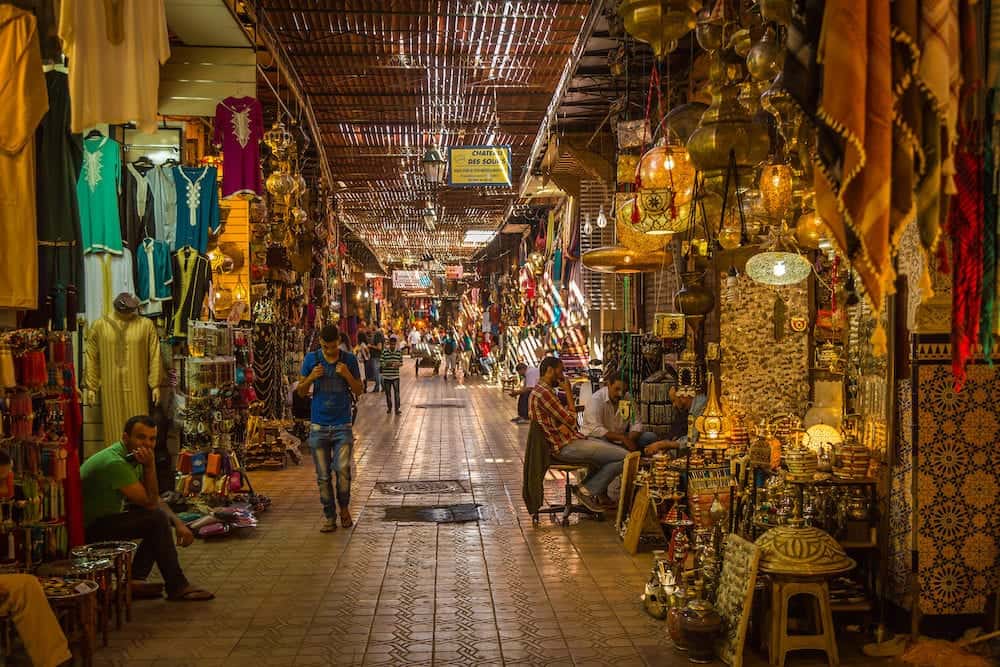 Bab Doukkala – Where to stay in Marrakech for first timers

This area is largely residential, so in addition to having easy access to tourist attractions, you’ll also get a feel for how the locals live, with all of the usual conveniences you expect to find in a residential neighborhood, such as bakeries, cafes and hammams. 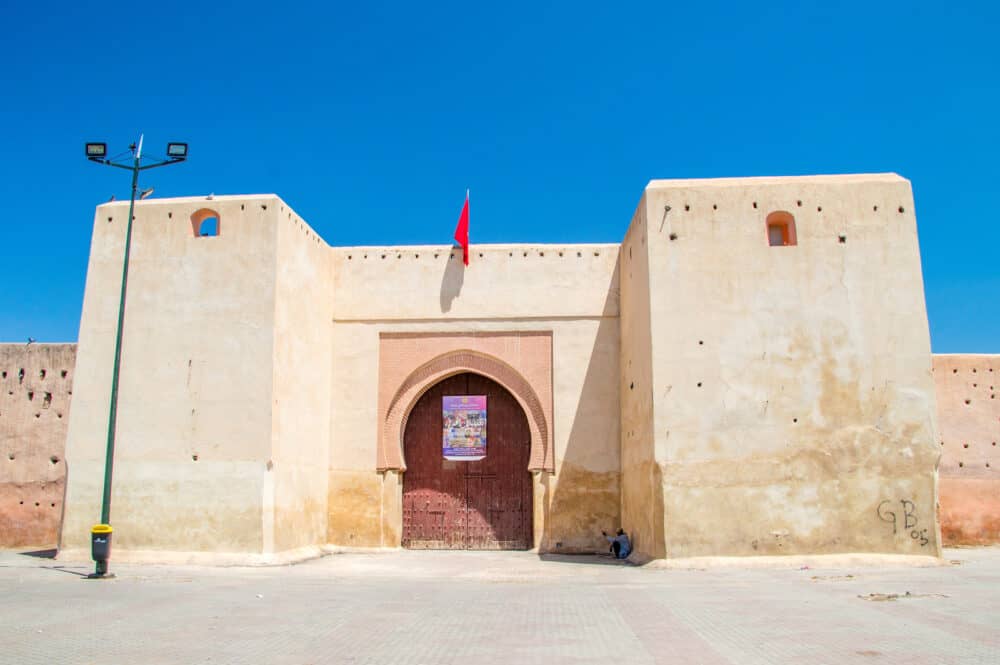 Gueliz & Hivernage – Where to stay in Marrakech for nightlife

If you want to know where to stay in Marrakech for nightlife, these adjacent areas are the Marrakech districts for you. The area is home to a casino, several large hotels with dance clubs and roof terrace bars, plus a lively entertainment district that includes The Royal Theater.

Hivernage and Gueliz are close to the city center, and public transportation is easily accessible for visiting other areas of Marrakech, which you’ll want to do during the day as there aren’t many other things to do in this area besides enjoying the nightlife and restaurants. If you are looking for luxury hotels, there are several in Hivernage, while Gueliz is where you’ll find the majority of restaurants. 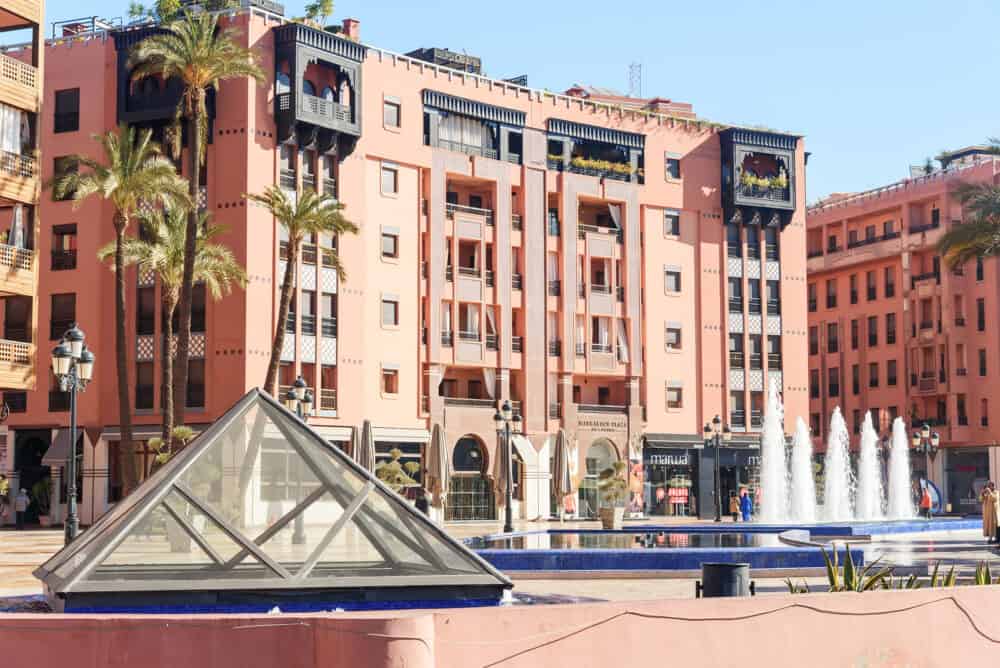 Jemâa el-Fna – Where to stay in Marrakech with family

This square in Marrakech’s medina is most famous for the Koutoubia Mosque, the largest mosque in the city. At 77 meters high, the mosque is a major landmark of Marrakech, and something you can navigate to. Also within Jemâa el-Fna is a marketplace as old as the city. Just a 15 minute walk from the marketplace are the Saadian Tombs, an elaborate mausoleum of Saadian Sultan Ahmed Al Mansour Ed Dahbi, and one of the top attractions in Marrakech. 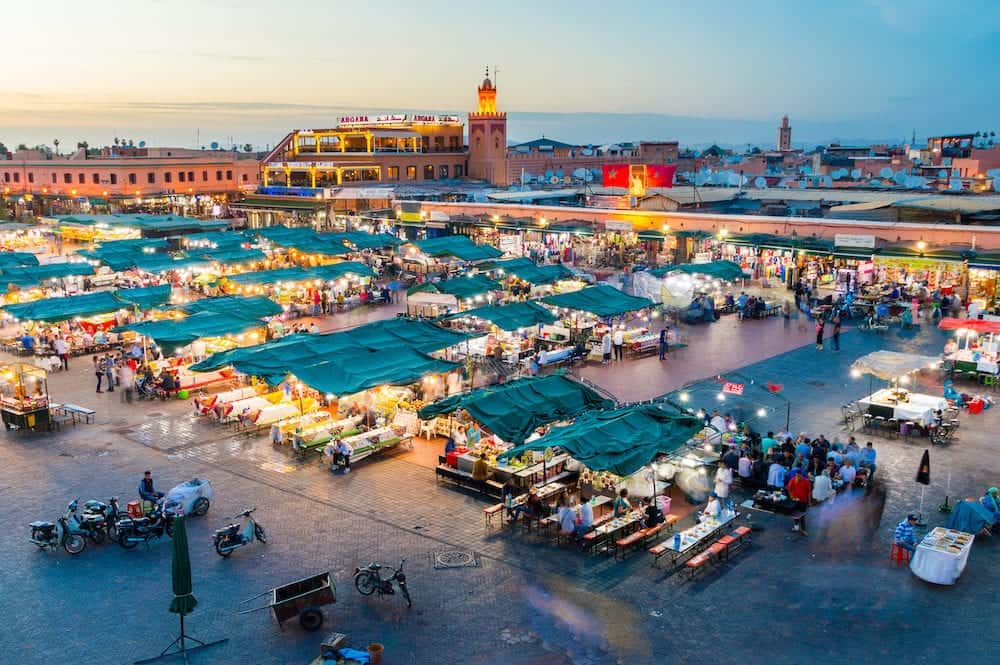 Agdal – Where to stay in Marrakech on a budget

Centered on the Agdal Gardens, the Botanical Gardens of Marrakech, this area is the retail and commercial hub of the city. While it’s not the best area for those seeking an authentic Moroccan experience, it’s perfect for anyone seeking a more modern urban experience.

Agdal has a major shopping centre, and a multiplex movie theater. There are many international hotel chains in this area, perfect for those who travel on a budget. The racetrack that hosts the World Touring Car Championship, so hotels may book up during this big event, so plan ahead if you are visiting Marrakech during this time.

Best places to stay in Agdal 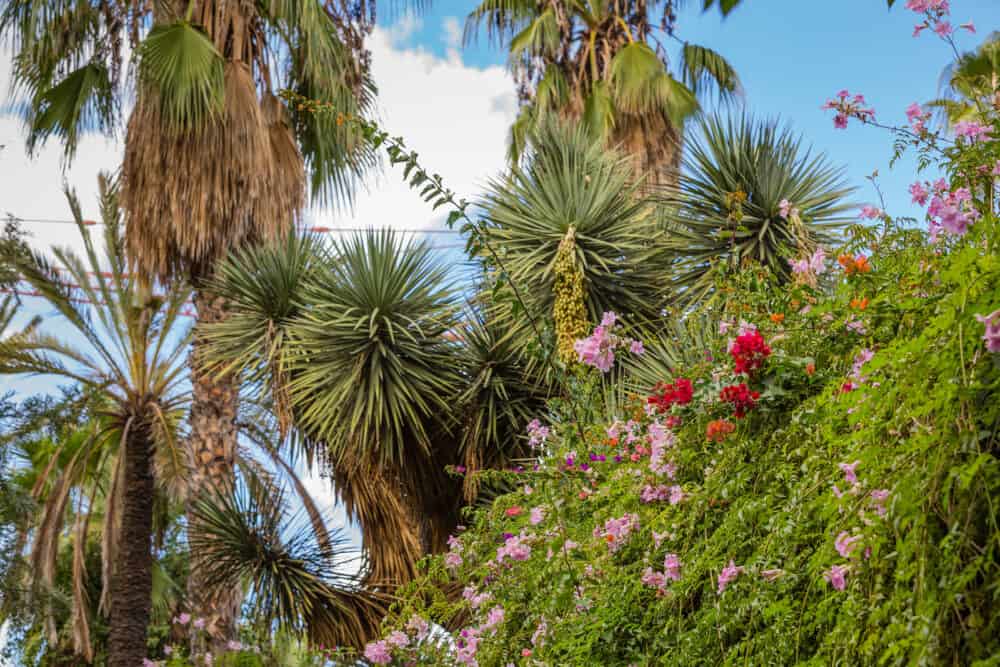 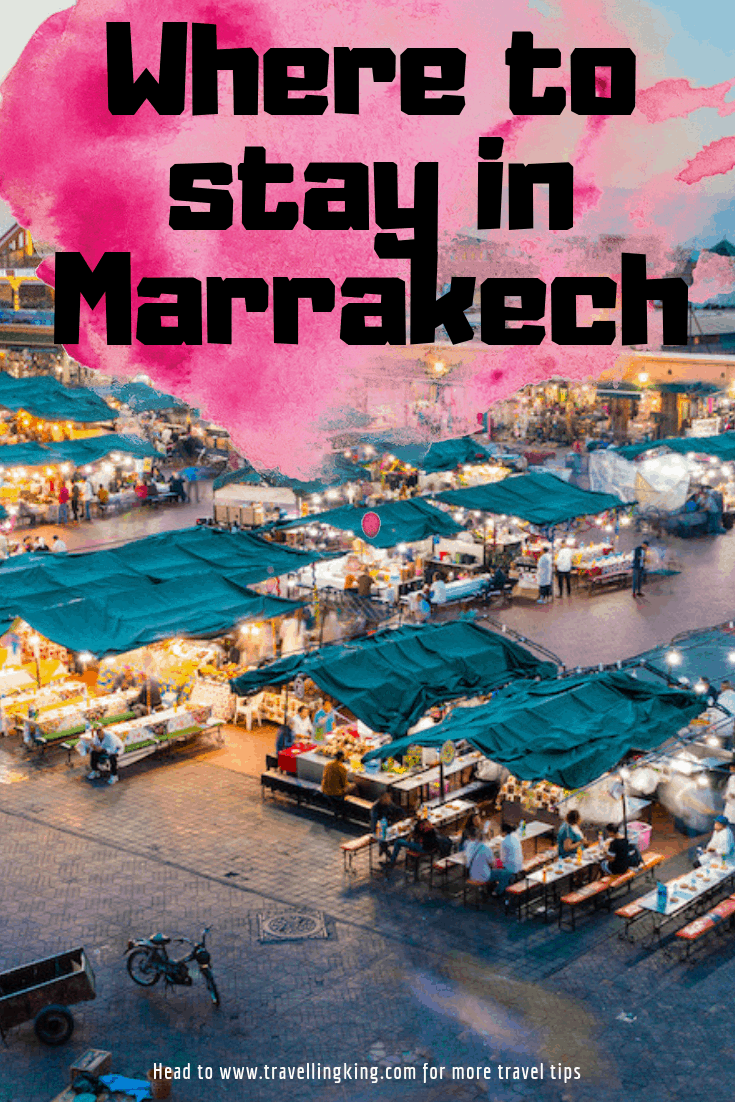 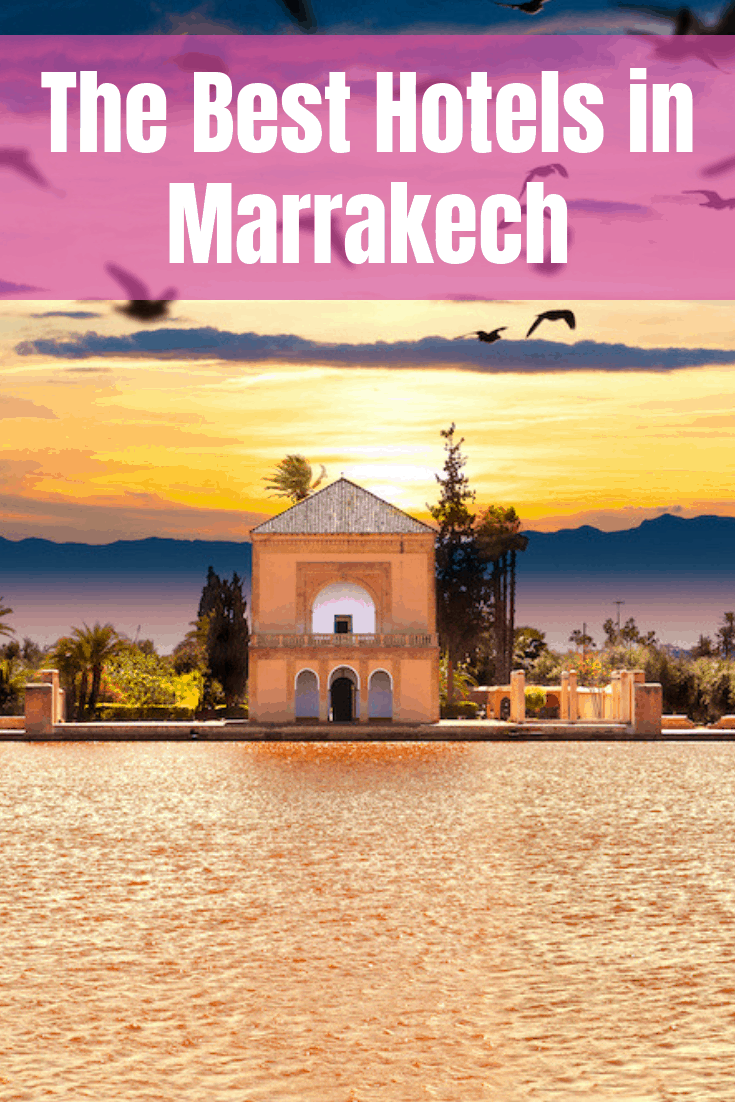 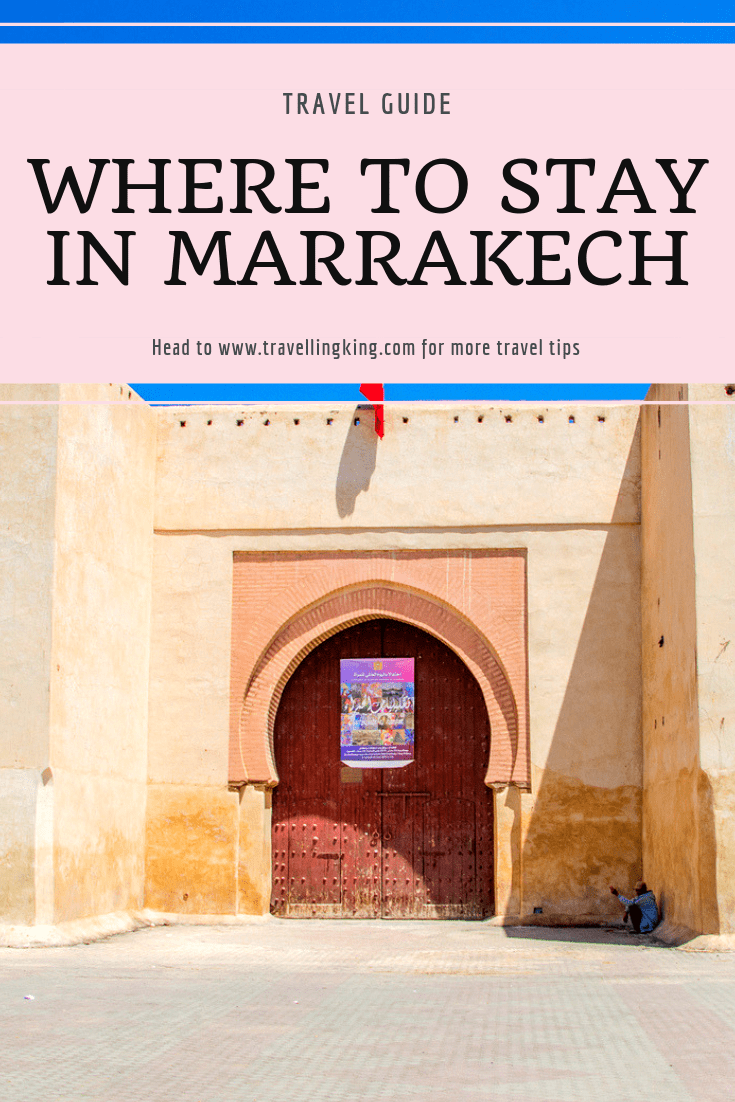 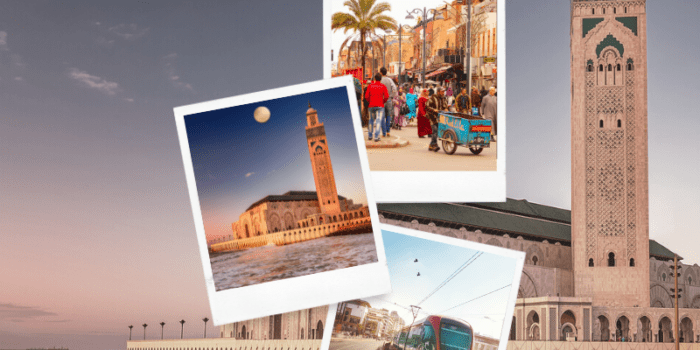 Where to stay in Casablanca 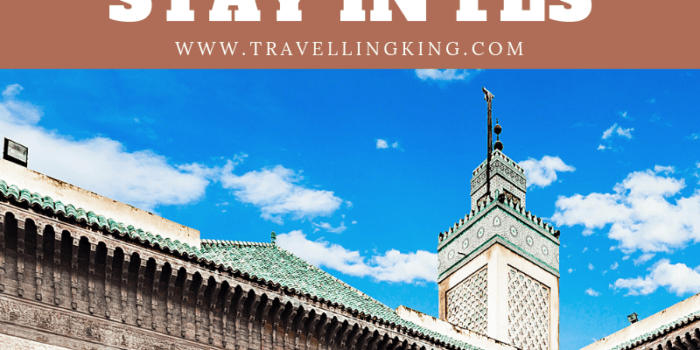 Where to stay in Fes 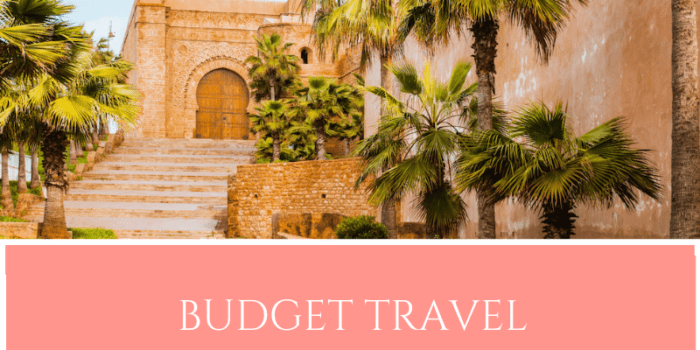 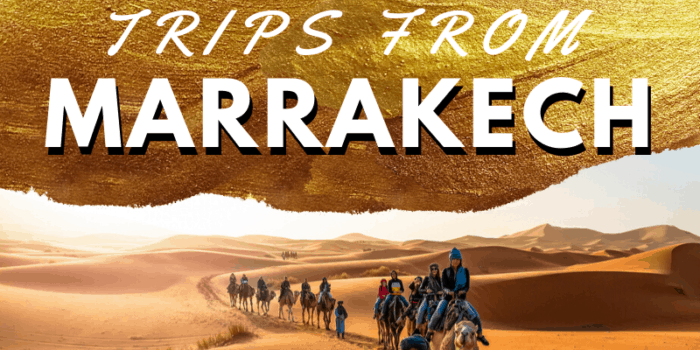 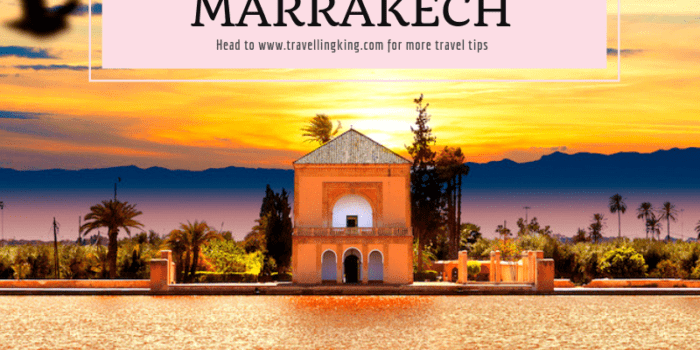 The Ultimate Guide to Marrakech