Traveling to Tibet is the ultimate adventure, heading for the highest plateau in the world, and traveling around in one of the world’s most devout Buddhist lands. And there is no better way to make this trip to the roof of the world than on the famous Tibet Trains from mainland China. An awesome adventure of excitement and discovery, no trip to Tibet would really be complete without experiencing life on the Tibet Trains.

The Tibet train run from seven gateway cities across China, including Guangzhou, Beijing, Shanghai, Chengdu, Chongqing, Lanzhou, and Xining, the start of the incredible Qinghai Tibet Railway to Lhasa. Trains to Tibet take anywhere from 22 hours to around 55 hours to make this long journey, several of them crossing the entire Chinese nation to get there. Life on the Tibet Trains is unlike anything you have ever experienced before, and will be a stupendous addition to your trip in Tibet, giving you views of parts of the plateau that you cannot see in any other way. 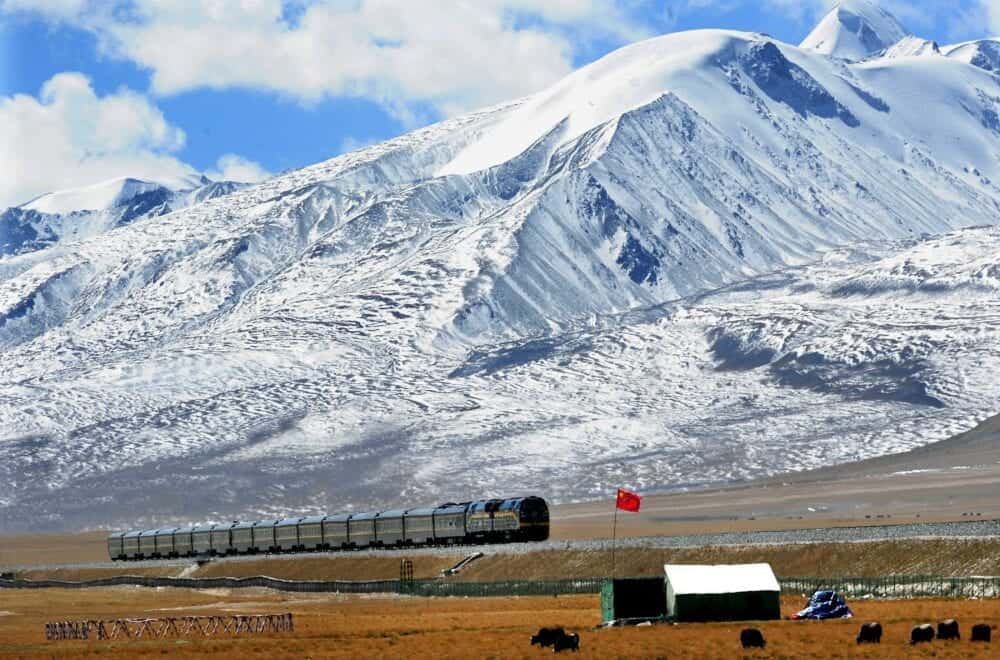 The main stretch of the Qinghai Tibet Railway, the stretch of the track from Golmud to Lhasa is one of the most stunning stretches of railway in the world, crossing vast expanses of the plateau and through some of the most inspiring landscapes on the planet.

From Golmud, the trains start their climb from the lower elevation up to the main part of the plateau, crossing from Qinghai Province into the Tibet Autonomous Region. After passing through Golmud Station, the trains start to climb, increasing in altitude from 2,780 meters to more than 4,000 meters in the space of just 100 kilometers. The trains first crest the passes of the Kunlun Mountains, in the south of Qinghai Province.

Once across the mountains, the route continues southwards, heading for the next mountain range, the Tanggula Mountains. The trains cross the vast Hoh Xil nature Preserve that lies between the Kunlun and Tanggula Mountains, one of the largest nature reserves for wild animals in western China. The nature reserve is the home of 20 of China’s rare species of plateau wildlife, including wild donkeys known as kiang, the rare white-lipped deer, brown bears, wild yaks, and the cute little pika, found only on the Tibetan plateau.

The next mountain range on the route is crossed at the Tanggula Mountain Pass, the highest railway pass in the world at 5,072 meters above sea level. A little lower than the road pass, which crosses at an altitude of around 5,231 meters, the railway pass marks the entrance of the trains to Tibet Autonomous Region, and once down the other side. 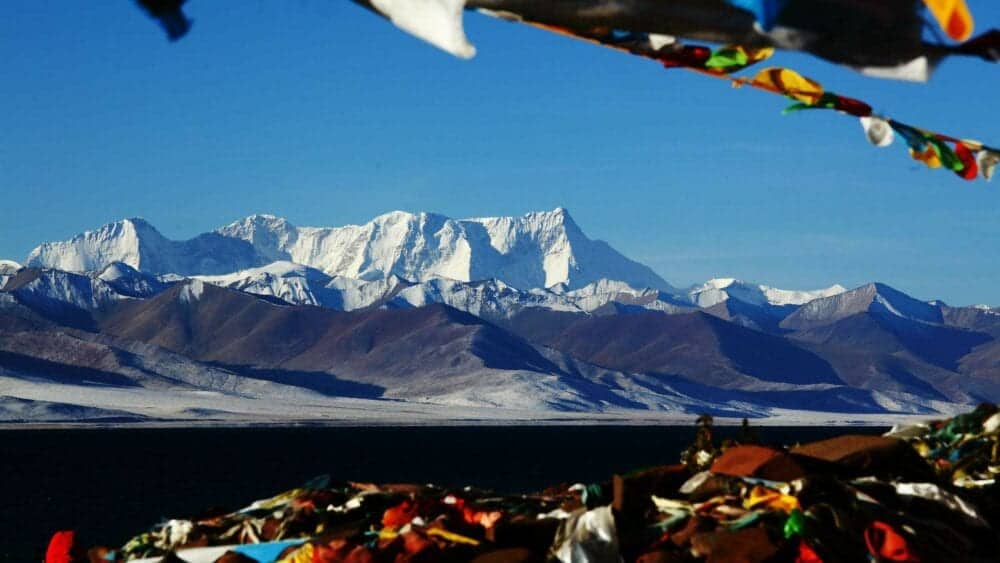 The route then crosses the vast Changtang Prairie, a huge area of Nagqu prefecture that is home to much of Tibet’s rare wildlife, including wild yaks and donkeys, as well as the rare Tibetan antelope, which had been hunted almost to extinction until it was declared an endangered species. Now, herds of the antelopes exist on the prairie, and can often be seen from the train following their historic migration routes or grazing on the lush prairie grass.

Once past the vats prairie, the route heads south past the holy Lake Namtso, which can be seen from some points along the tracks, on the other side of the hills. Once past the lake, the route follows the valleys down to Lhasa, the Tibetan capital.

“Better for Altitude Acclimatization by Tibet Train”, the myth explained

One of the many myths that exists about the Tibet Trains is that it can help you to acclimatize to the higher altitude of Lhasa by traveling on the train. However, this is exactly that, a myth. Flights to Tibet from mainland China are pressurized inside the passenger cabin to the air pressure at sea level. This means that there is no acclimatization possible until you land in Lhasa and start to experience the higher altitude and lower oxygen content in the air.

The same thing happens when traveling by train. Once the train reaches Golmud, and starts its climb to the plateau, the automated oxygen system starts to pump additional oxygen into the compartments, to prevent altitude sickness whilst on the train and allow passengers to feel more comfortable. Many sites tell you that the train can help you to acclimatize to the heights of the plateau, when actually, the oxygen content of the air in the train compartments is actually higher than the air at sea level, as a preventative measure and due to the fact that the trains are not airtight, so some leakage happens.In terms of the train being better for acclimatizing to Tibet, the best option is to take the train from Xining, after having spent a couple of days in the capital of Qinghai Province. At an elevation of around 2,275 meters, Xining is within the range for intermediate acclimatization, as it is already high enough for people to get a little altitude sickness. After a few days acclimatizing in Xining, then taking the train to Lhasa, which only takes 22 hours, you will find it easier to acclimatize to the higher altitude of the Tibetan capital.

The train to Tibet may take a long time to get to Lhasa, but they are much more cost-effective than the flights from China’s major airports. From Beijing, the train takes around 40 hours, and costs just 1,144 yuan for a first-class ticket. For a flight from Beijing to Lhasa, you will pay around 500 US dollars (3,435 yuan) for an economy ticket, which is around three times to cost of the train ticket. 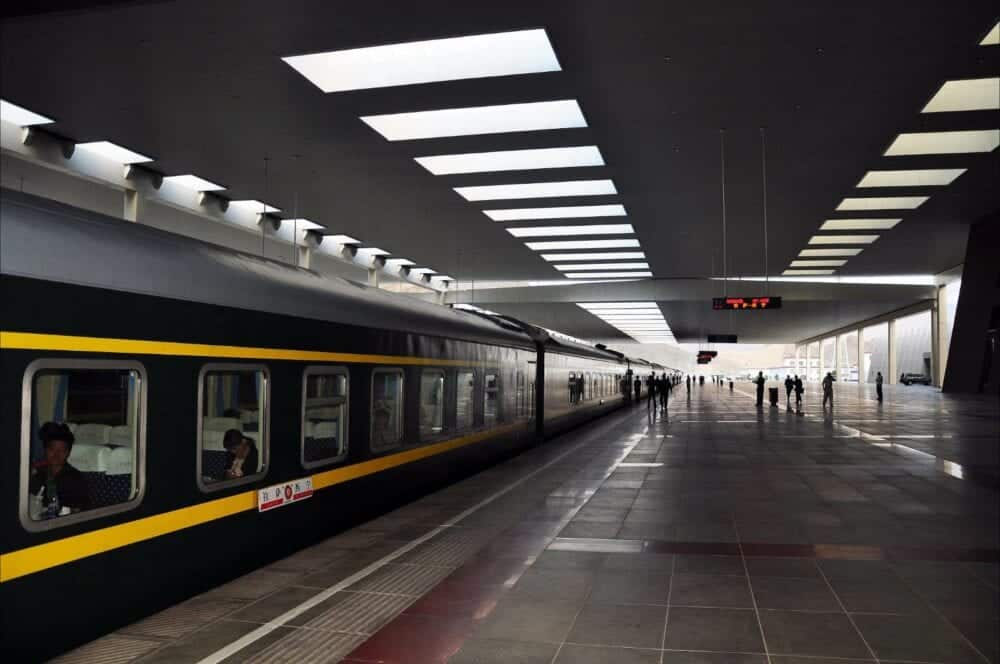 Similarly, from Xining to Lhasa, the train is only 781 yuan, or around 113 US dollars. For a flight from Xining, an economy ticket to Lhasa would cost around 340 US dollars, also more than three times the cost of the train ticket. Travel by train may be slower, but if you have the time, you can make huge savings in your trip to Tibet by taking the amazing Tibet Trains.

it can also be said that the trains are better at keeping to their schedules than the flights. Trains across China are almost always on time, keeping strictly to their schedules and ensuring that the passengers are not inconvenienced during their travels. However, it is common knowledge across China that the flights are almost always delayed or are otherwise late in both taking off and landing, and are a major cause of inconvenience for travelers in China, causing delays, missed connections, and other problems for both locals and tourists.

With a vast network of railway lines crisscrossing the country, there is no better way to travel in China than by train. The tracks connect almost every city in China, with all of the major cities being connected by rail, and now by high-speed rail for many of the major cities as well. And these are the same tracks that run the trains to Tibet, from the seven gateway cities across China. Each departure location has its own attractions, and you can plan your trip to Tibet around which places in China you want to see first. Or after, if you prefer.

Beijing and Shanghai are amazing metropolises of China, and the largest cities in the country, with spectacular buildings and amazing histories. Beijing is also the best place to stop if you want to visit the Great Wall, as more of the sections that can be visited by tourists lie fairly close to the city. 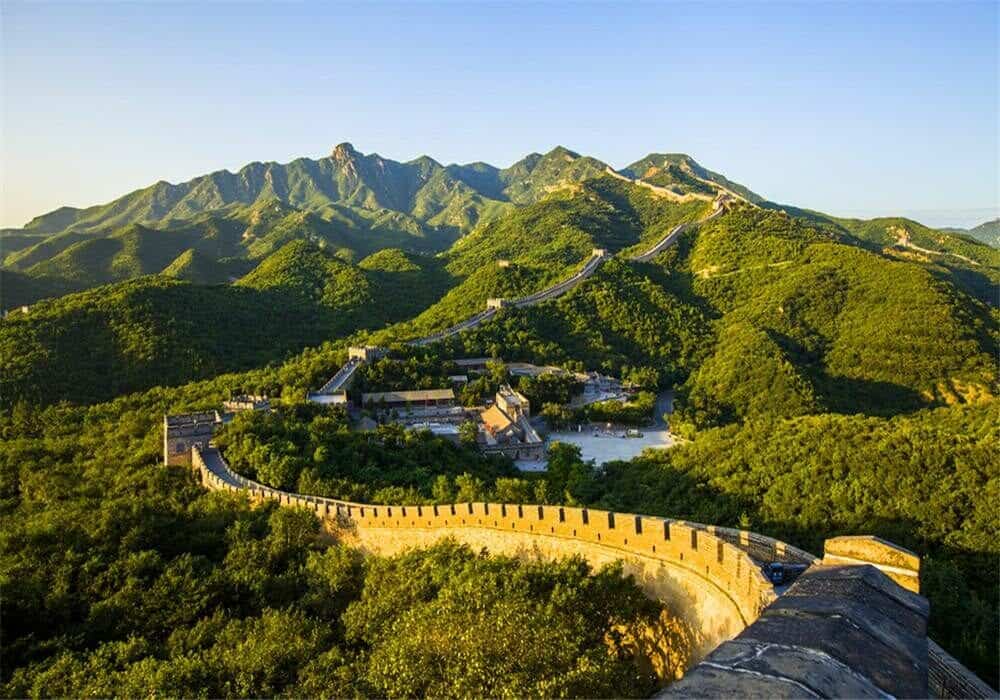 Chengdu, one of the most popular departure locations for Tibet trains, is also the home of the cuddly and cute giant pandas that China is famous for. These stunning animals, which were on the verge of extinction until recently, are one of the most unique varieties of bears in the world, and are cared for and bred for release into the wild in several places in Sichuan Province. The most famous is the Chengdu Research Base of Giant Panda Breeding, which is open to the public, and cares for the pandas from the captive population, which began with just six rescued pandas in the 1970s.

If you are a Chinese history buff, then Xi’an is one of the best places in China to visit. An ancient city that was once the Imperial capital of China, it is the home of the world-renowned Terracotta Warriors, an army made from terracotta clay and buried with the emperor when he dies, more than 2,000 years ago. Unearthed in a farmer’s field in the 1970s, these stunning examples of ancient stonework are one of the most popular tourist attractions in China. And while Xi’an is not one of the gateway stations, trains from Beijing and Guangzhou pass through the station at Xi’an daily, and if you are lucky, you may be able to get a ticket from there to Lhasa. Though not in the peak season.

Really, there is no better way to travel to Tibet than by train. With a wide selection of places to start your journey, and a lot of things to see to pass the time while waiting for your train to Tibet, China is the perfect departure location for travel to Tibet. And with the unique experience of traveling on the Tibet train, a train like no other in the world, passing through parts of the TAR that cannot otherwise be seen, you would be missing out on an awesome adventure if you did not take the train to Lhasa.