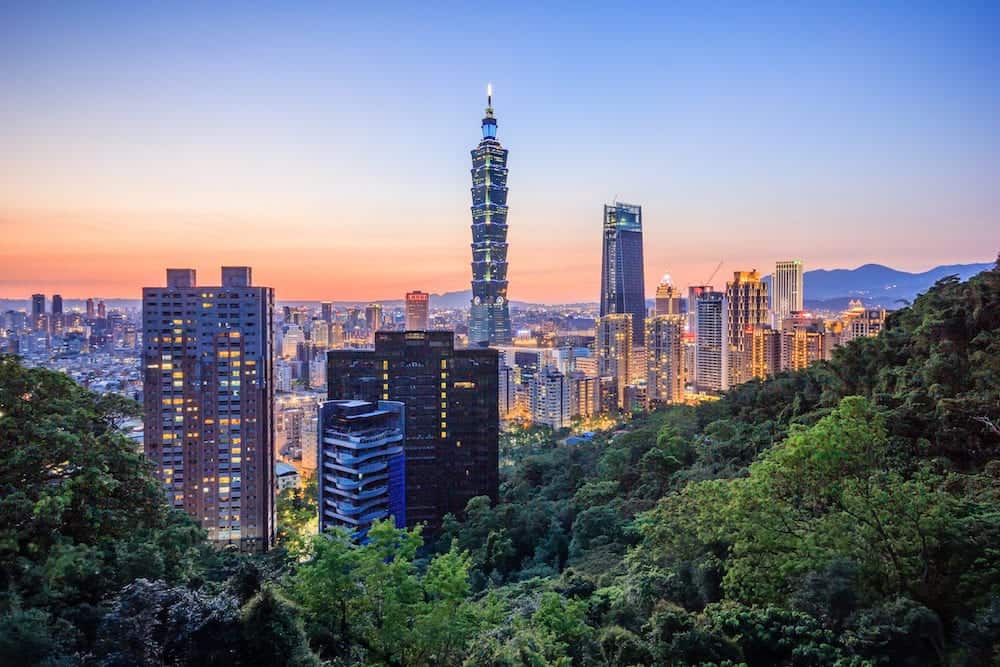 Taipei City is a thriving contemporary metropolis that serves as the capital of Taiwan. Almost 3 million people live in Taipei, which makes it not only the island’s political, economic and cultural center, but it is also incredibly busy, even without the heavy influx of tourists year-round.

While this description may make Taipei City appear to be a concrete jungle, it actually has several areas that offer tourists and locals alike a brief respite from busy city life. Staying in Taiwan areas like Daan and Beitou offer beautiful outdoor attractions and a relaxed, suburbs vibe. However, if you are keen to explore the hustle and bustle of  city life, you’ll want to visit Wanhua and Zhongshan.

Da’an – Where to stay in Taipei for food


A main thing to note when you first think of Da’an is that it has Taipei’s largest park – if you’re an outdoors person, this is definitely a place to check out. Da’an Forest Park has beautiful areas with ponds, pavilions, and other paths to walk through. It offers a little break from the business of the rest of the city, and can be quite peaceful. On the other hand, Da’an also has the large Linjiang Street (Tonghua) night market that is the perfect place to go if you want a true Taiwanese night market experience.

The Tonghua Night Markets has a variety of different and exciting foods to try, varying from fried dumplings to even fried chicken feet. If you’re an adventurous eater, you’ll definitely be interested in trying that. Yongkang Street in the Da’an district is perfect for foodies who aren’t as keen to try native dishes like chicken feet. The street is lined with cafes, gourmet restaurants, and quaint food stalls for any type of Taiwanese dish you may desire.

Best Places to Stay in Da’an 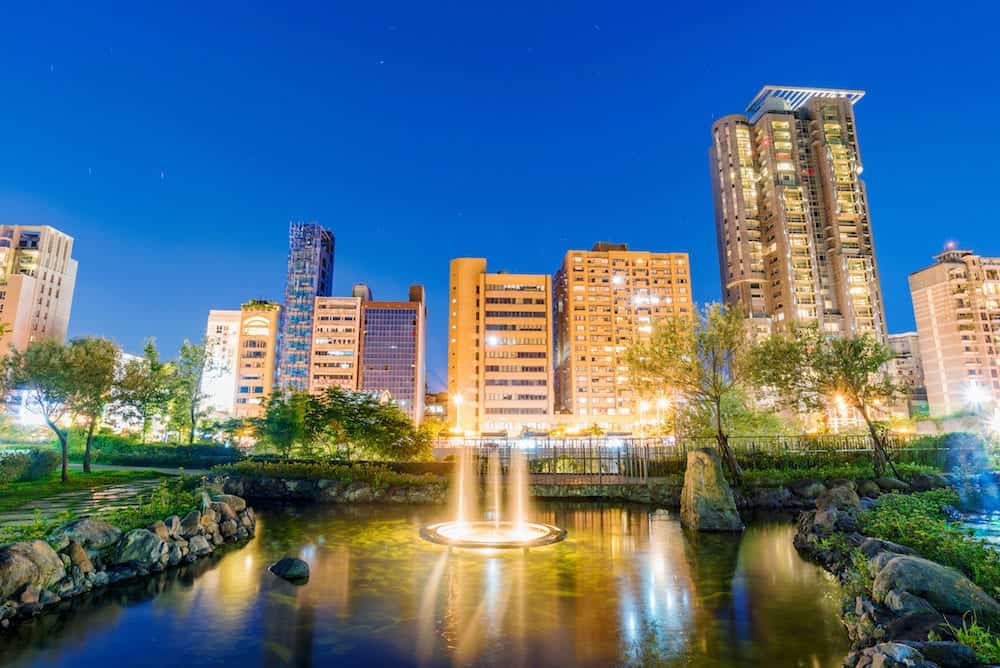 Beitou – Where to stay in Taipei for one night


The great thing about Beitou is that, unlike many other parts of Taipei, this district is known for being a quiet and relaxed area. Beitou is home to several natural hot springs, which are perfect when your body is sore from walking around the city. There’s truly nothing more peaceful than a hot spring.

The area is described as resort-like, as it’s much calmer than the bigger areas of Taipei, but still has attractions for visitors, such as its library, hot spring museum, and of course, the public bath house. A popular place to visit is the Thermal Valley, the source for all the water in the hot springs. Nature lovers will adore Beitou, but so will any weary traveler.

Best Places to Stay in Beitou

Cheapest Hostels in Beitou:
On My Way Taipei Hostel 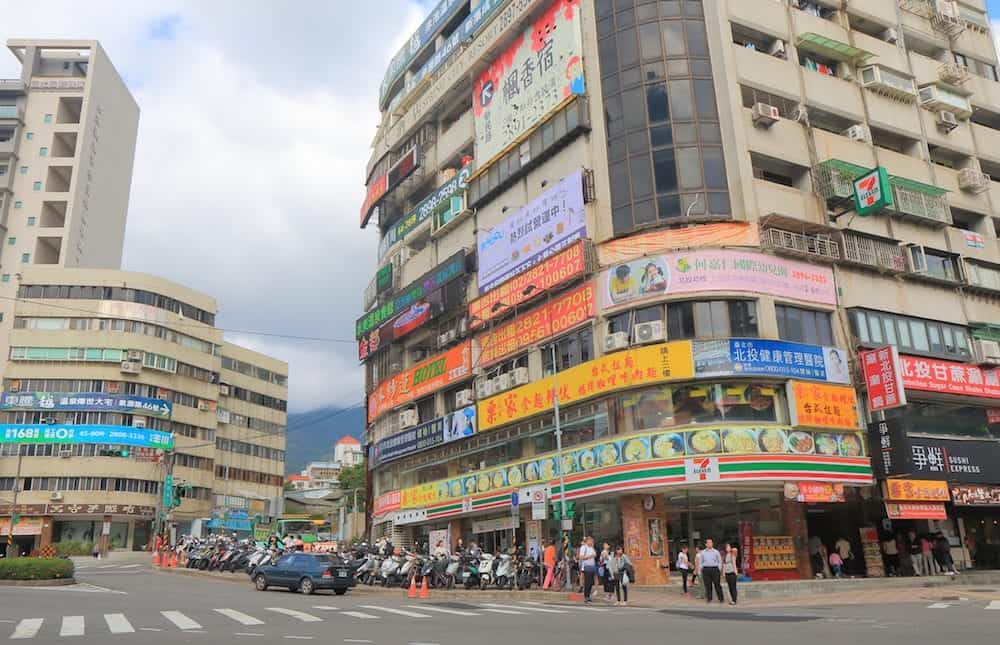 Wanhua – Where to stay in Taipei nightlife


Being one of the oldest districts in Taipei, Wanhua is rich in historical and cultural sites. Especially in places such as Bopiliao Historic Street, the area shows well-preserved buildings aging all the way back to the Qing Dynasty. The historical area of Wanhua sees no shortage of ancient art exhibits and cultural performances.

Like Daan, Wanhua has a night market called Huaxi Street night market that sells a variety of different wares. If you’re looking to see more traditional sides of Wanhua, they also have Chinese Folk Performances near their night market areas and various temples, one of the most well-known being Longshan Temple.

Best Places to Stay in Wanhua 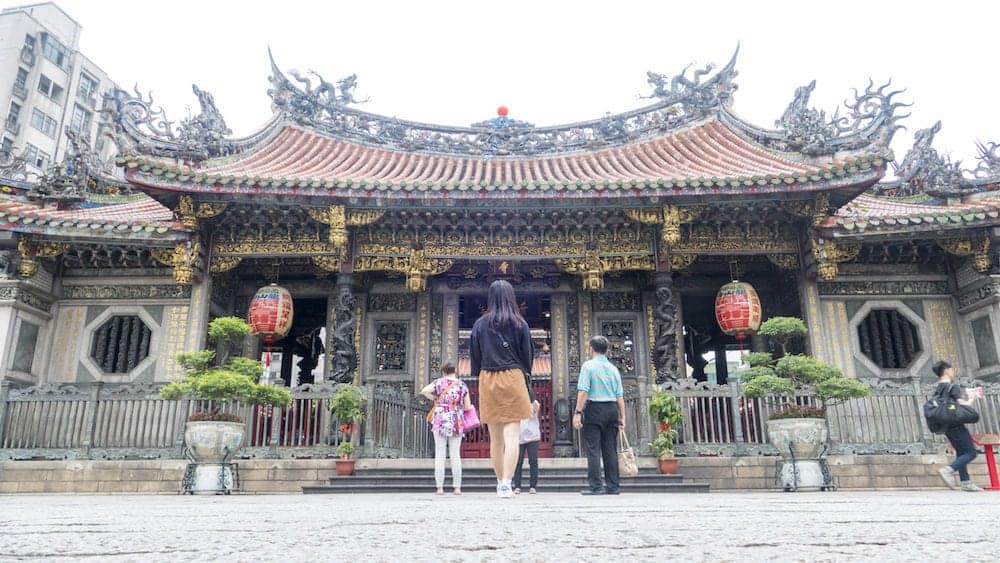 
Datong is an older district of Taipei, like Wanhua, and has a popular street that is one of the oldest in Taiwan called Dihua Street. Like many typical older streets in Taipei, there are plenty of vendors selling goods to people walking through, but it also has something more unique – historically well preserved buildings that coexist next to the modern architecture.

Datong is an entertainment hub of Taipei City, so if you’re into theatre performances or puppet shows, there are several venues to choose from, including The Lin Liu-Hsin Puppet Theatre Museum, which shows traditional puppetry. For any romantics, there is also a place called the Xiahai City God Temple, where it is also known as a matchmaking temple where it’s rumored that the “city god” and his wife help single people find their soulmates. Datong is great if you want to experience the city culture of Taipei City, but prefer older architecture.

Best Places to Stay in Datong 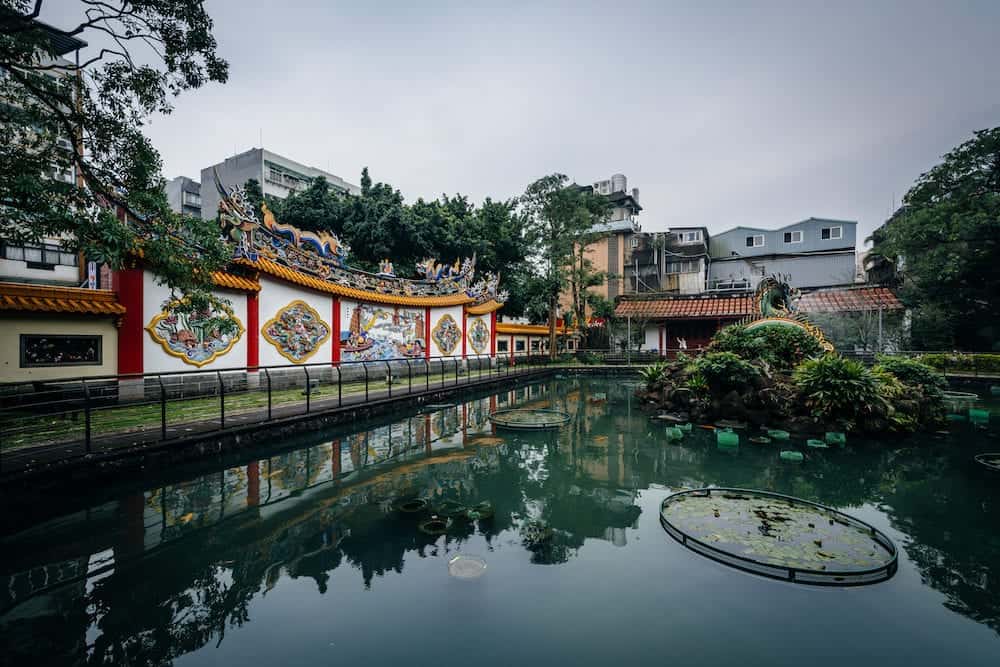 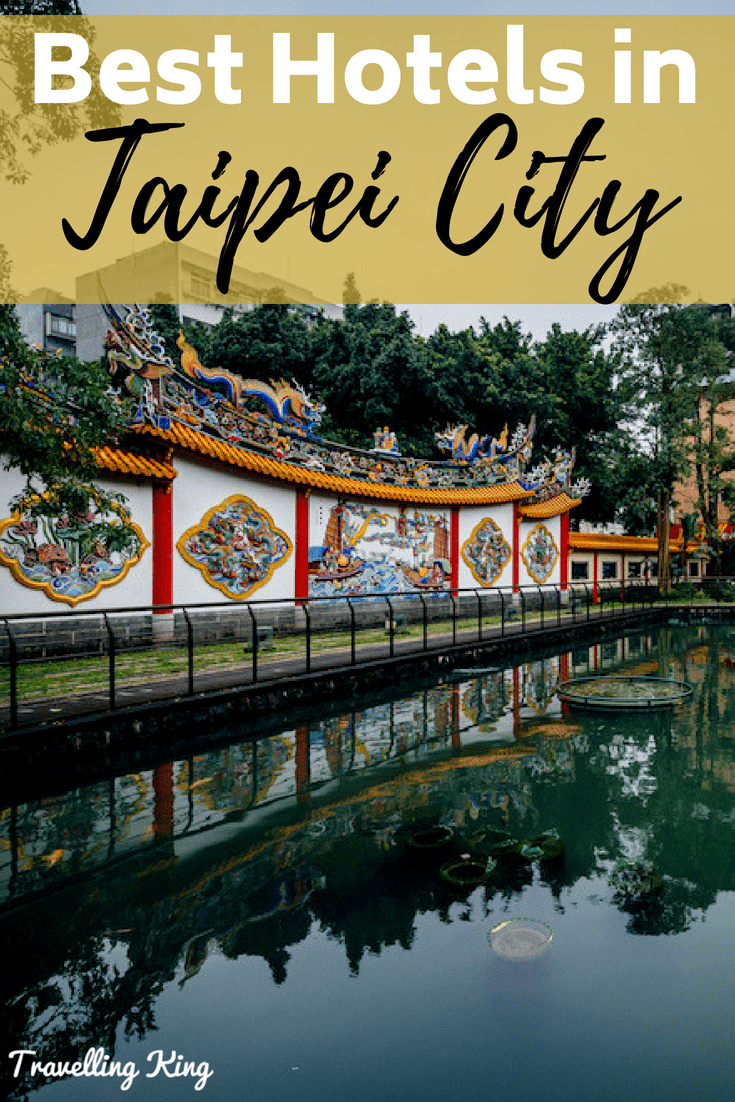 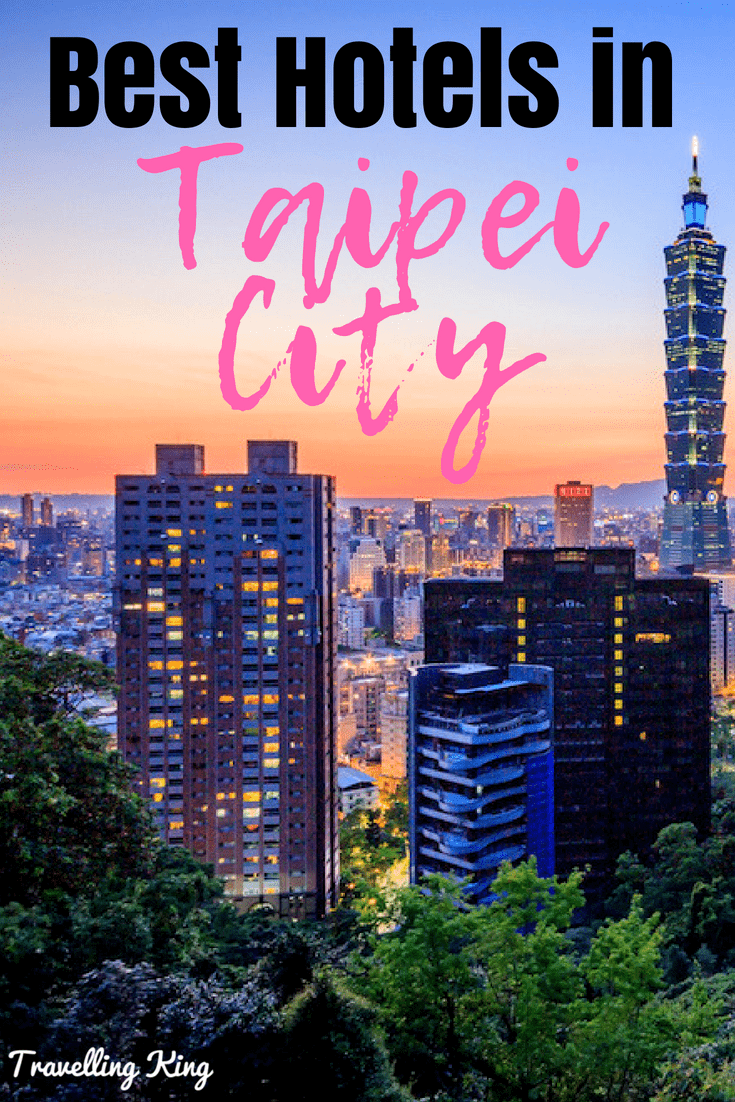 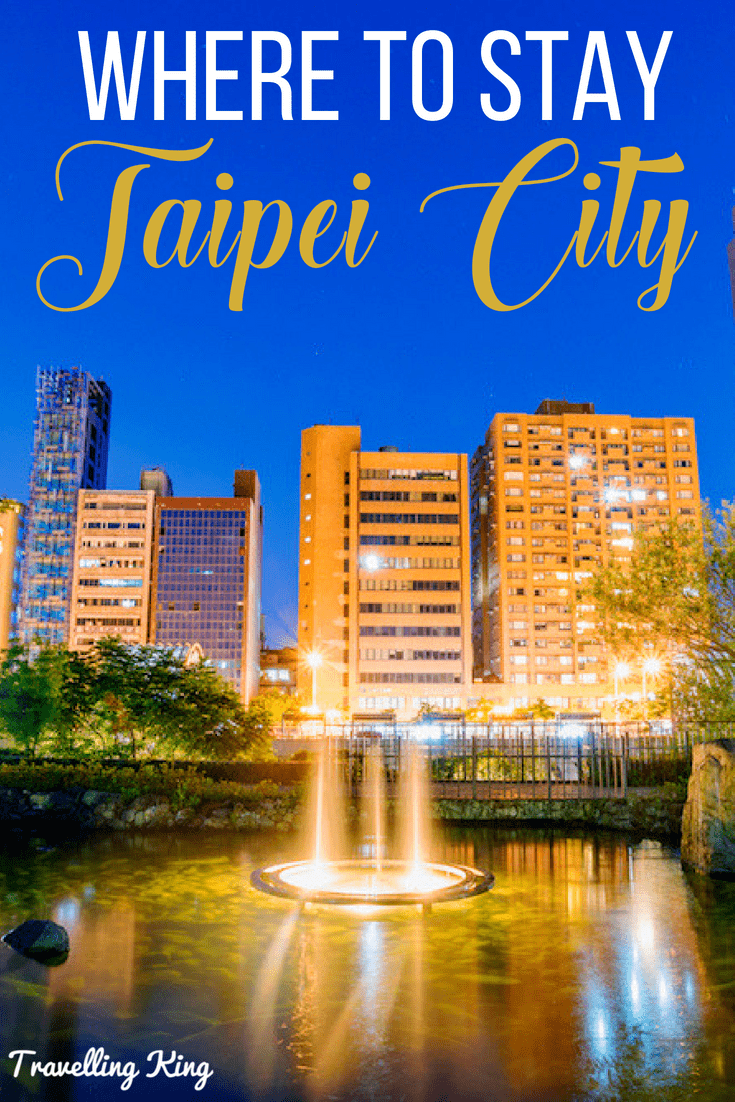