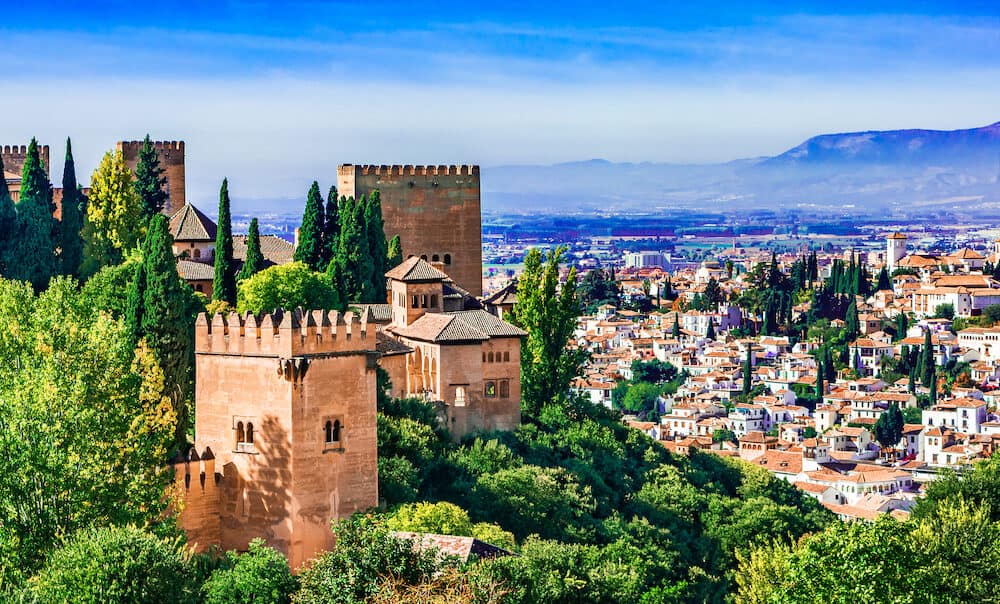 Alhambra – Where to stay in Granada for first timers

The Alhambra Palace complex dominates Granada’s Old Town, and is one of the main attractions for tourists visiting Granada. If you only have one night in Granada, then you should stay as close to Alhambra as you can in order to maximize your time in the palace. The Palace is made up of three areas: the Alcazaba Fortress, the Nasrid Palaces and the Generalife Palace and gardens.

Reservations are strongly recommend to visit Alhambra Palace, otherwise plan to queue up early in the morning for tickets. Many visitors to Granada are surprised to find that you can stay within the walls of the Alhambra Palace; a unique experience for sure!

Best places to stay in Alhambra 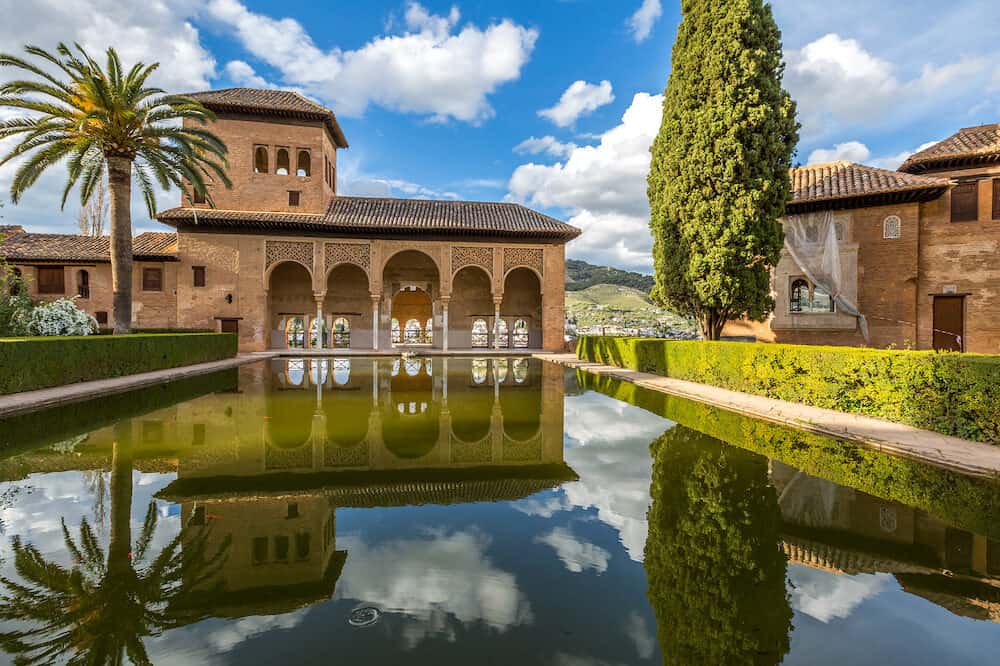 El Centro – Where to stay in Granada with family

If you are looking for the most central location, then you will want to stay in El Centro, Granada. This Granada neighborhood includes the city centre, and what is considered downtown Granada. Here you’ll find the largest selection of Granada hotels, plus many bars and restaurants to choose from.

While you may pay a premium to stay in the city centre, if you anticipate a lot of late nights and clubs, you might make up the difference in cab fares that you would spend by staying in other neighborhoods. The Centro of Granada is also a multicultural hub, so you will have a more international experience than if you were to stay in one of the more “Spanish” neighborhoods. At the edge of El Centro is Plaza Nueva, Granada’s oldest square, and a hub of activity for visitors and residents alike. 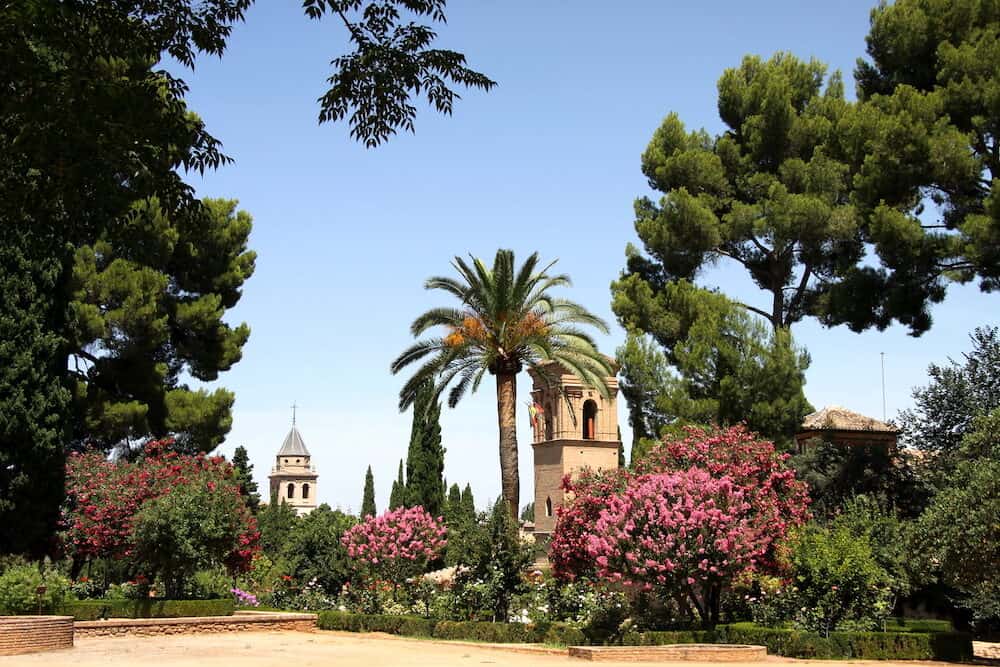 El Albaicín – Where to stay in Granada on a budget

For a more “local” feel to your Granada visit, consider staying in El Albaicín, a hilly residential area that is also a UNESCO World Heritage Site. This neighborhood offers winding cobblestone streets, stunning views of Granada’s historic center, and quaint boutique hotels to choose from. With the quiet, narrow streets, this is the best place to stay for couples in Granada seeking a romantic escape, with the convenience of the city centre nearby. Beware, though, the entire neighborhood is on a slope, so any walking to or from your hotel will involve hills. Staying in Albaicín inevitably means your legs will get a great workout! 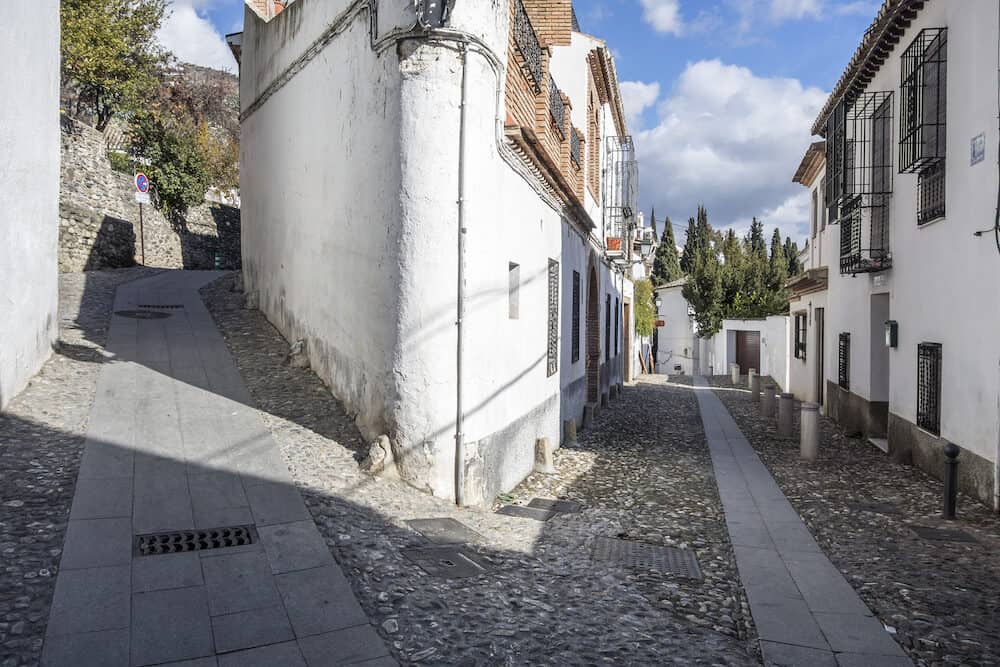 El Realejo – Where to stay in Granada for nightlife

The former Jewish Quarter of Granada, El Realejo is now a vibrant young neighborhood known for the nightlife. From tapas bars, cocktail bars, and restaurants, El Realejo is the best neighborhood for travelers who want to stay up late and experience Spanish nightlife. The neighborhood is popular with students and expats, so it has a multicultural feel with a whole lot of Spanish influence.

Like Albaicín, this Granada district has narrow, winding streets to explore, and even lays claim to the world’s most narrow hotel, Hotel Molinos. At the center of this lively neighborhood is Campo del Principe, a central square surrounded by bars and restaurants. If you are looking for street art in Granada, El Realejo is a great place to wander and observe various murals. 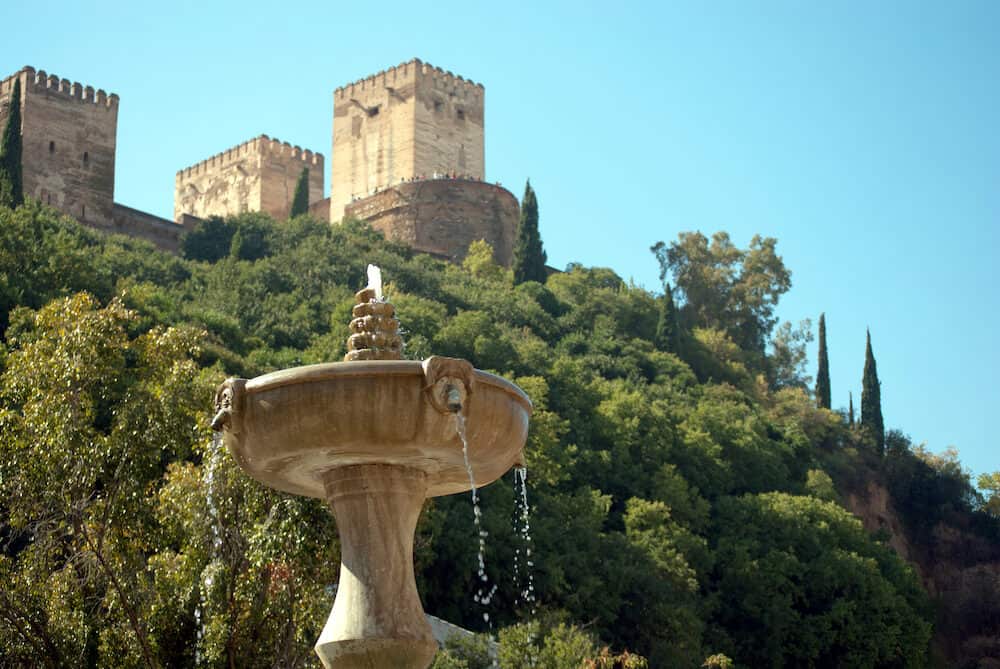 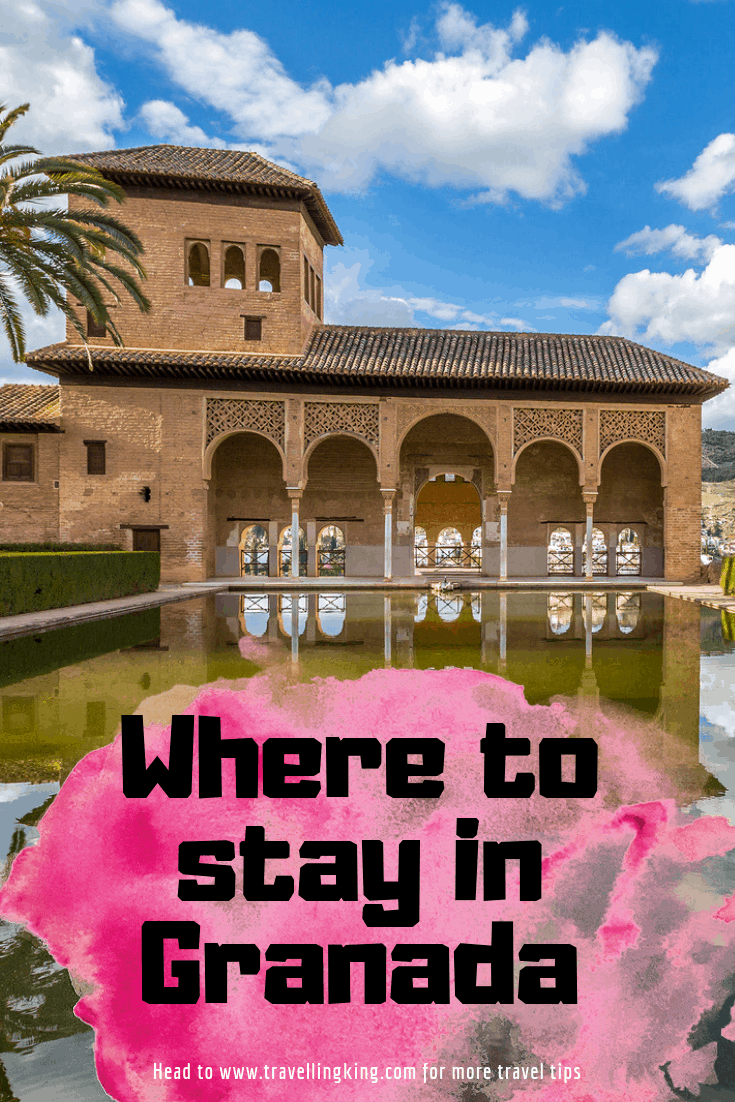 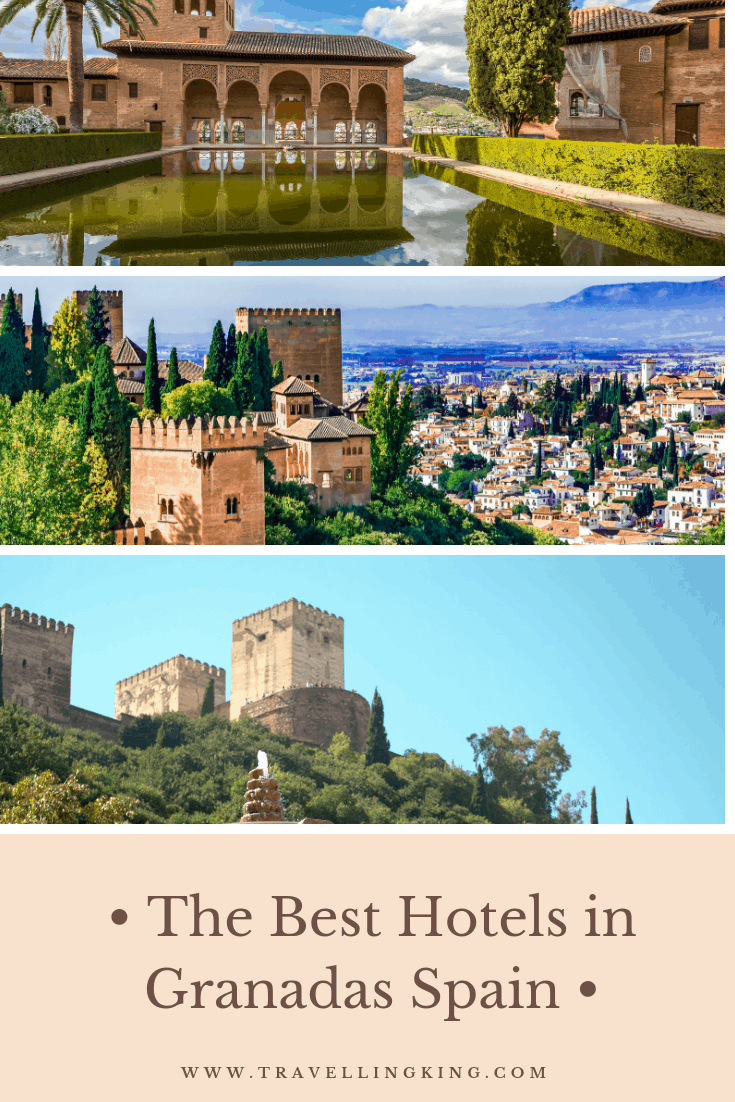 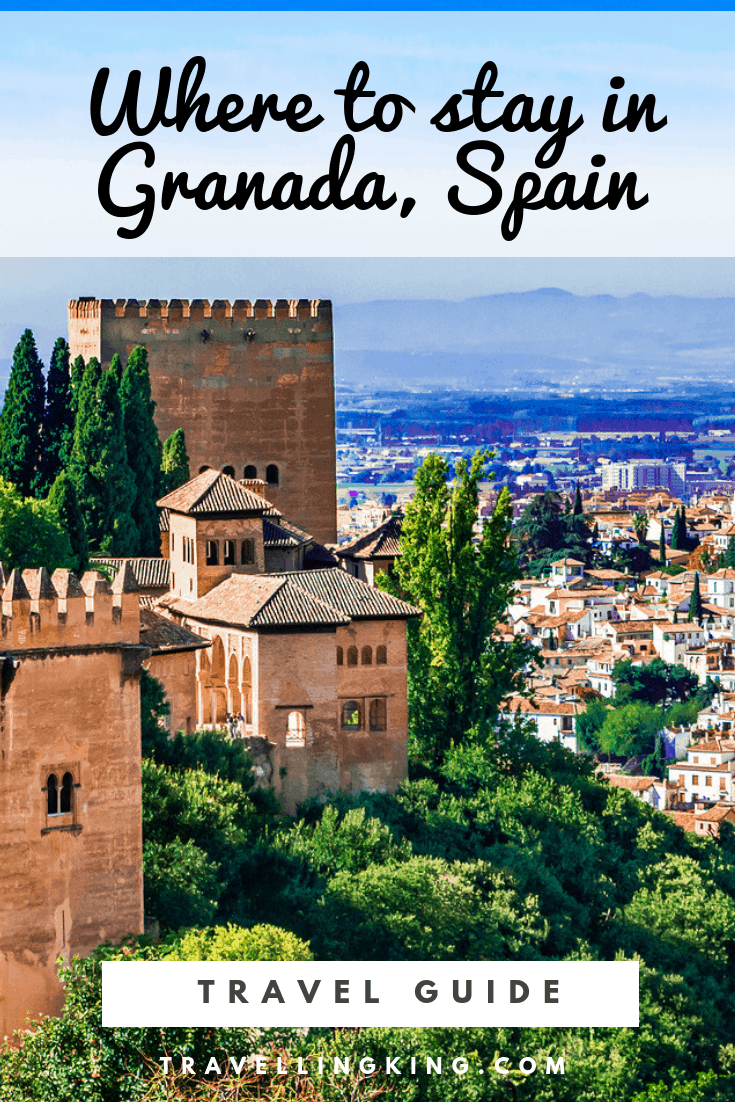 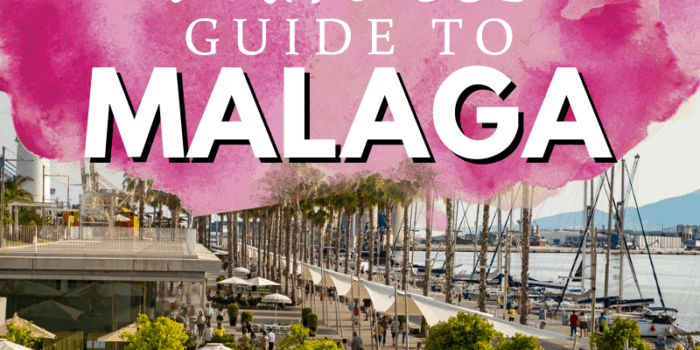 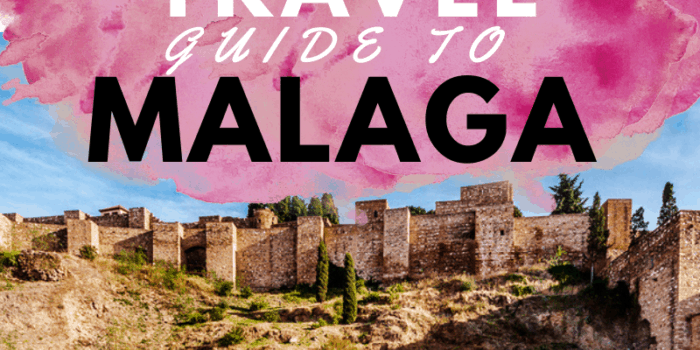 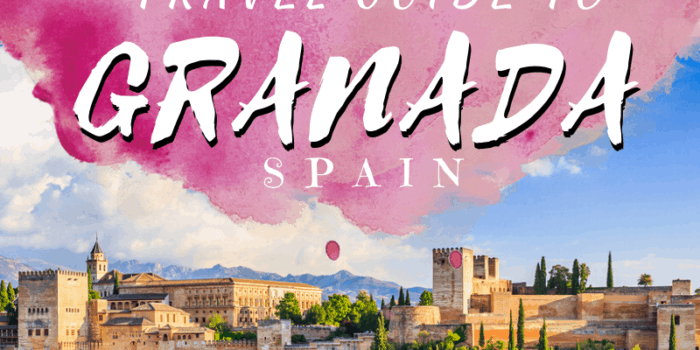 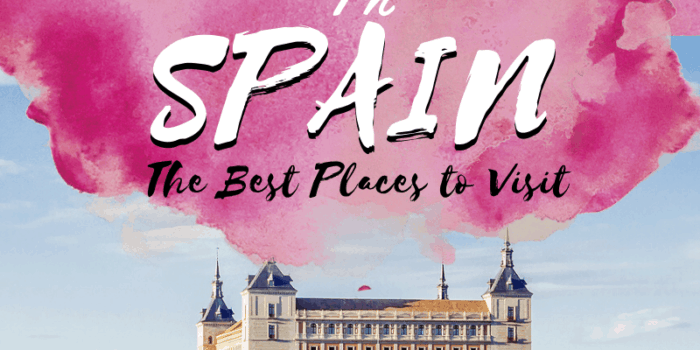 Winter in Spain – The Best Places to Visit

Best Destinations in Spain for Culture Enthusiasts and Nature Lovers 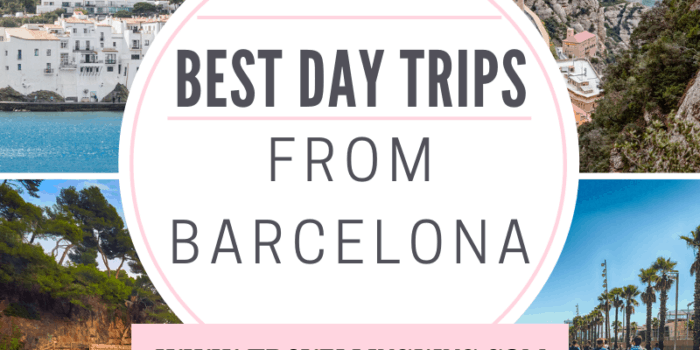