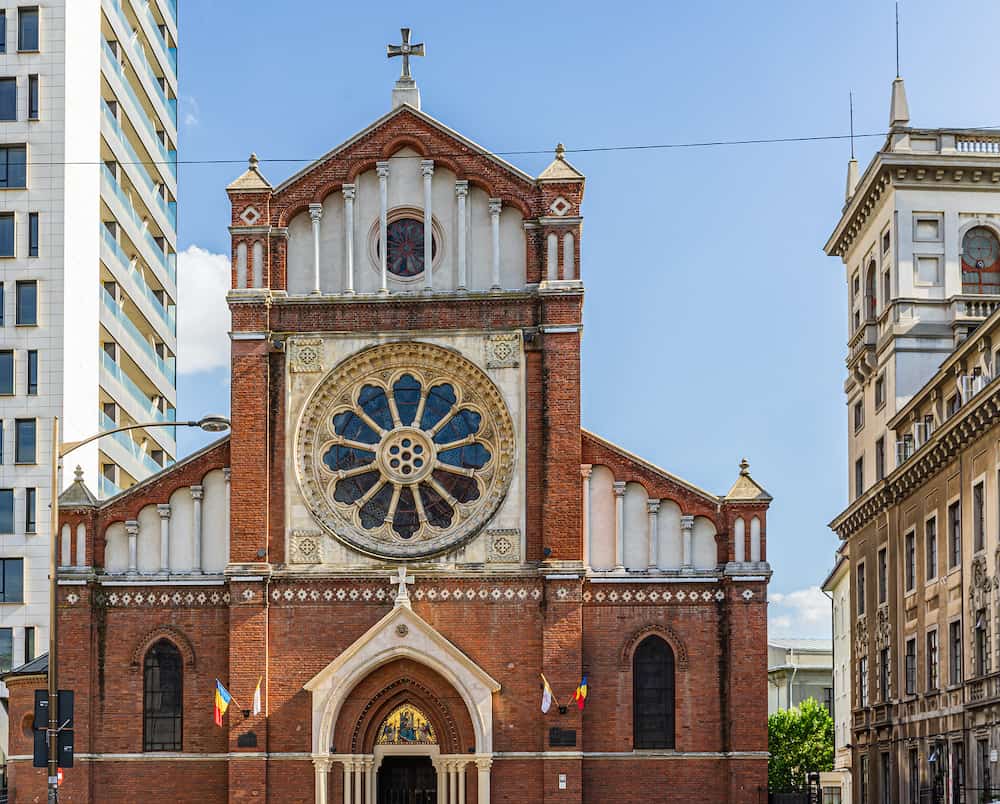 Bucharest Romania is a vibrant European capital that has a lot to offer, with low prices making it an excellent budget-friendly destination. As you start to plan your visit to Bucharest, it’s important to know that it’s quite a large city where commuting can take up quite a bit of your time. Therefore, it’s important to identify the Bucharest tourist attractions that you want to see, so that you can maximize your time.

To help you decide where to stay in Bucharest, we’ve put together this guide to the best neighborhoods in Bucharest. Whether it’s your first time in Bucharest, or you’re a regular visitor, there are plenty of hotels in Bucharest Romania to choose from!

Plan your trip to Romania


Need data for your trip to Romania? We use Tep Wireless which offers unlimited data for $8 per day. Travelling King readers can get 10% off using the discount code TRAVELLINGKING on check out.

Looking for a particular destination, see below otherwise you can go to Romania Travel Guide to view current posts

Old Town – Where to Stay in Bucharest for Tourists


Like many European cities, the Old Town area, also known as Lipscani, is the most central location within walking distance to the majority of tourist attractions of Bucharest. This is the best area for tourists who only have a short time in Bucharest. From historic squares, interesting architecture, picturesque churches, plus a  healthy dose of pubs and restaurants, this is one of the best neighborhoods in Bucharest for visitors.

Conveniently, there’s a large concentration of Bucharest hotels in Lipscani, so you’ll have no trouble finding a place to stay that fits your budget and travel style. For Bucharest’s best shopping, head to Piata Unirii, one of Europe’s largest squares.

Where to Stay in Bucharest Old Town 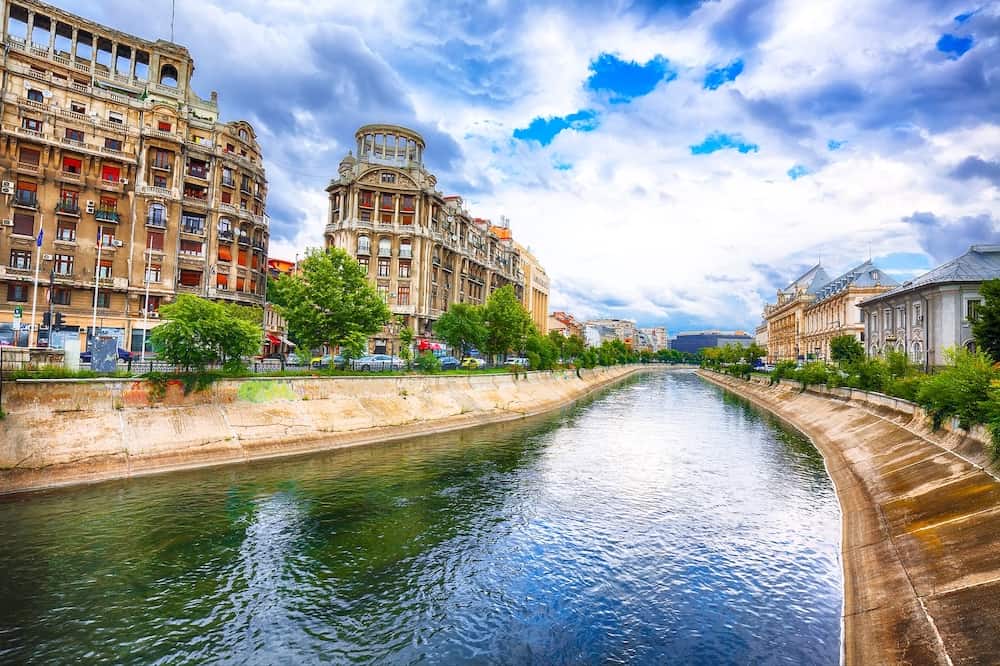 Cișmigiu – Where to Stay in Bucharest with Family


Following Lipscani Street out of Old Town, past Calea Victoriei, you’ll reach the hip neighborhood of Cișmigiu. Cișmigiu Garden is the oldest public garden in Bucharest and a beautiful place to explore on a sunny day. With lovely trails and a lake, staying in Cișmigiu is the perfect family-friendly option for parents who want green space to explore, without sacrificing pubs, restaurants and coffee shops to explore.

Local attractions in this neighborhood include the Romanian Athenaeum and the former Royal Palace which is now the National Museum of Art. Many of the best hotels in Bucharest are located in this fun neighborhood.

Where to Stay in Cișmigiu 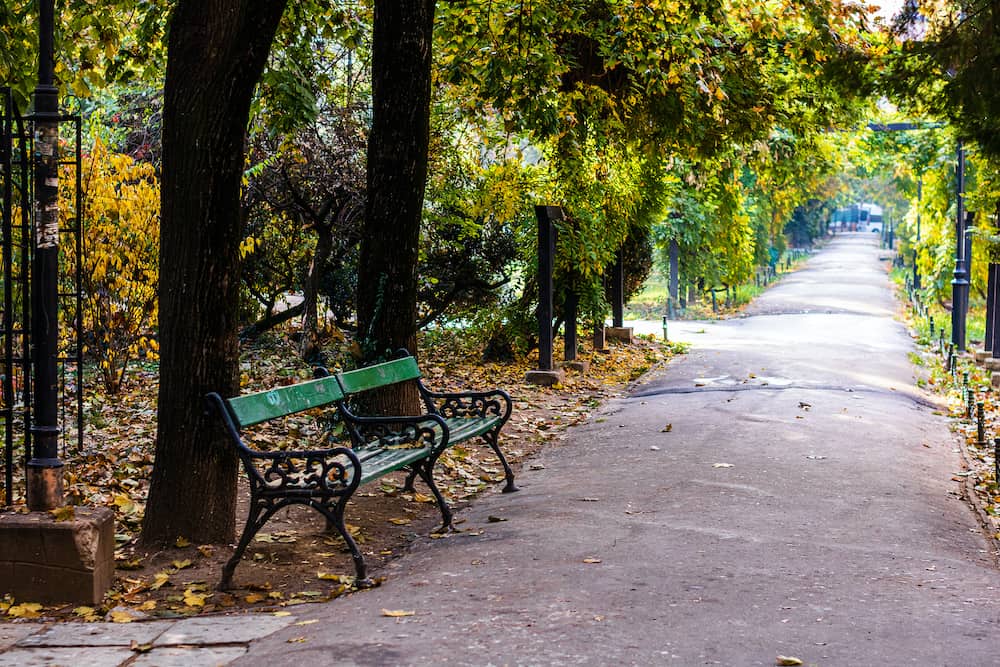 Primaverii – Where to Stay in Bucharest with Kids


Primaverii is a more exclusive neighborhood on the north side of Bucharest, known as the home of Romania’s wealthy politicians and businessmen. The neighborhood sits along the shore of Lake Floreasca and is wedged between several parks, making this an excellent neighborhood for family-friendly accommodations.

Primaverii Palace was once home to Nicolae Ceaușescu and is now open to the public as a museum. Several former Romanian Presidents still reside in the area. While there are fewer tourist attractions in this area, it’s the best area to stay in Bucharest if you are here for a longer stay and are looking for a more upscale experience.

Where to Stay in Primaverii

Cotroceni – Where to Stay in Bucharest for Relaxation


Cotroceni is one of the most picturesque neighborhoods in Bucharest. Tree-lined streets are home to 19th-century villas, built in Art Deco and Neo-Romanian styles. Cotroceni Palace is a museum and home to the Romanian President. This area is also where you’ll find the Botanical Garden and the Bucharest National Opera.

Where to Stay in Cotroceni 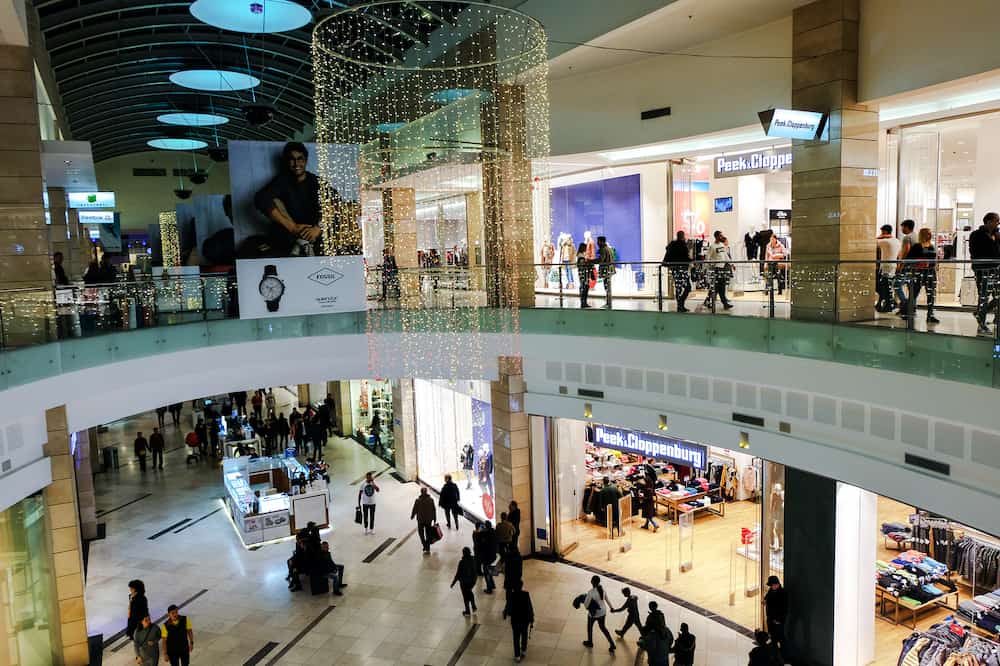 Tineretului – Where to Stay in Bucharest for Outdoor Lovers


The name of this neighborhood translates as “youth” and is a nod to the young workers and students who helped to build this neighborhood in the 1960s. Tineretului Park is the hub of the neighborhood, with a large lake with boat rentals, wildlife, walking, and cycling paths, as well as a lovely cafe when you need a rest.

Close proximity to the city center makes this a popular place for locals to reside, and a young population ensures a healthy selection of fun cafes, restaurants, and pubs to explore. This is the best location to stay in Bucharest if you prefer open spaces and outdoor recreation but also want to be close to the city center.

Where to Stay in Tineretului 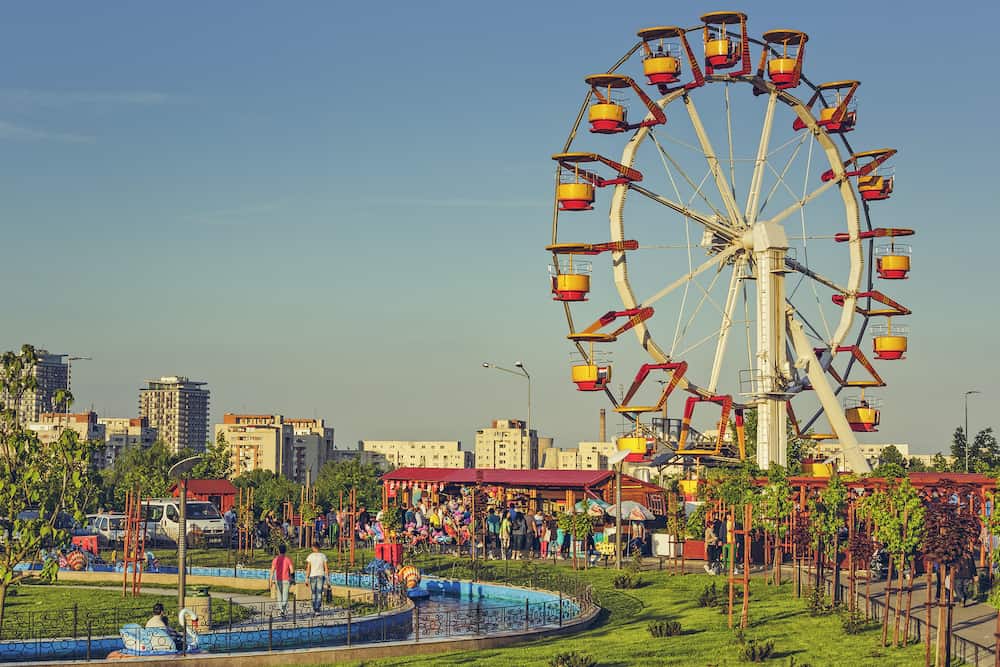 Universitate – Where to Stay in Bucharest on a Budget


The University of Bucharest enjoys a central location near Old Town and Cișmigiu. Centered on Universitatii Square Bucharest, this is an excellent place to look for budget-friendly drinking and dining options as the local pubs and restaurants cater to university students.

Lively Piata Romana is just a ten-minute walk north, with dozens of fun attractions and sights along the way. The neighborhood is well served by public transportation, although it is within walking distance of many of the best things to see in Bucharest.

Where to Stay in Universitate 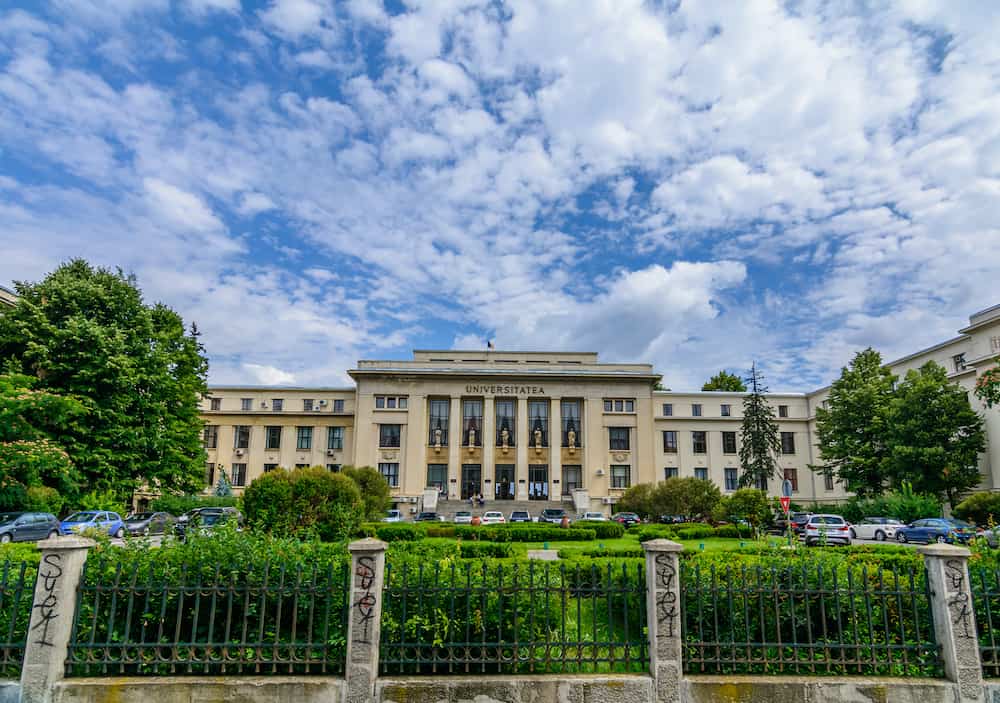 Dristor – Where to Stay in Bucharest for Long Term Rentals


If you prefer to stay a bit farther outside the city center, Dristor is a good option for you. Located about five kilometers southeast of Old Town, Dristor is largely a residential area that is served by public transportation as it is a major hub for the Bucharest Metro.

This is the best area if you are looking for a long-term rental or something a bit more affordable than the city center. It’s largely comprised of mid-20th-century apartment buildings, as well as services for local residents that you might expect, such as grocery stores, pharmacies and a few small parks scattered about. Airbnb is also a great option for short or long stays.

Where to Stay in Dristor 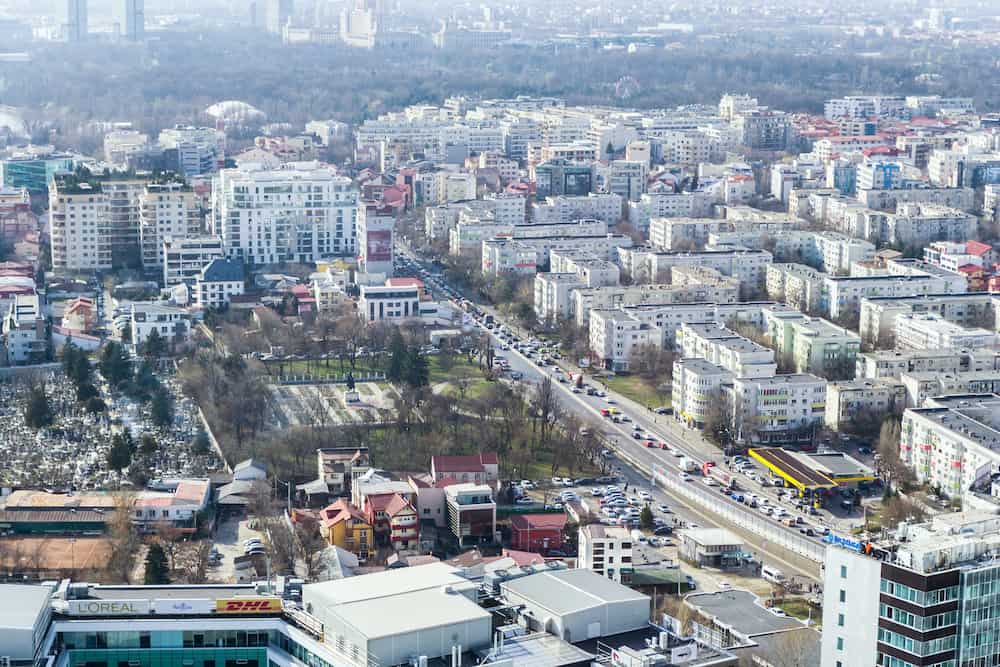 Baneasa – Where to Stay in Bucharest Close to the Airport


Baneasa offers a more suburban experience north of the city center, and also happens to be the neighborhood nearest to the Bucharest Airport. Baneasa Shopping City is a major shopping destination in Romania, with over 250 stores, ranging from global luxury brands to local goods.

It’s truly an entertainment center, with restaurants, cafes, a cinema and spa services. The food court offers budget-friendly dining options and there’s even luggage storage if you can only visit on a short layover from the airport.

Where to Stay in Baneasa 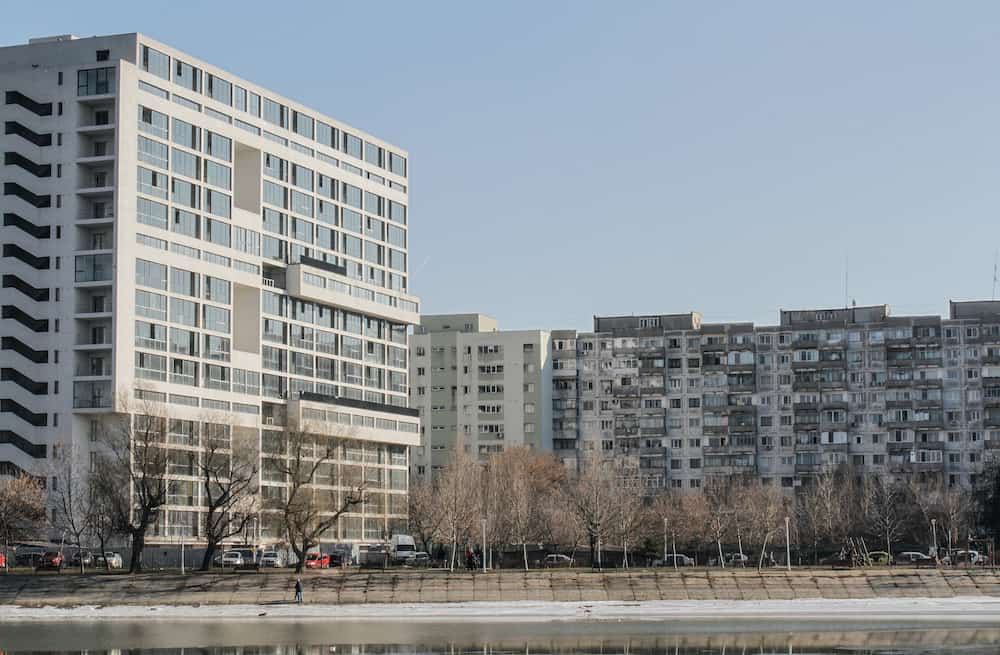 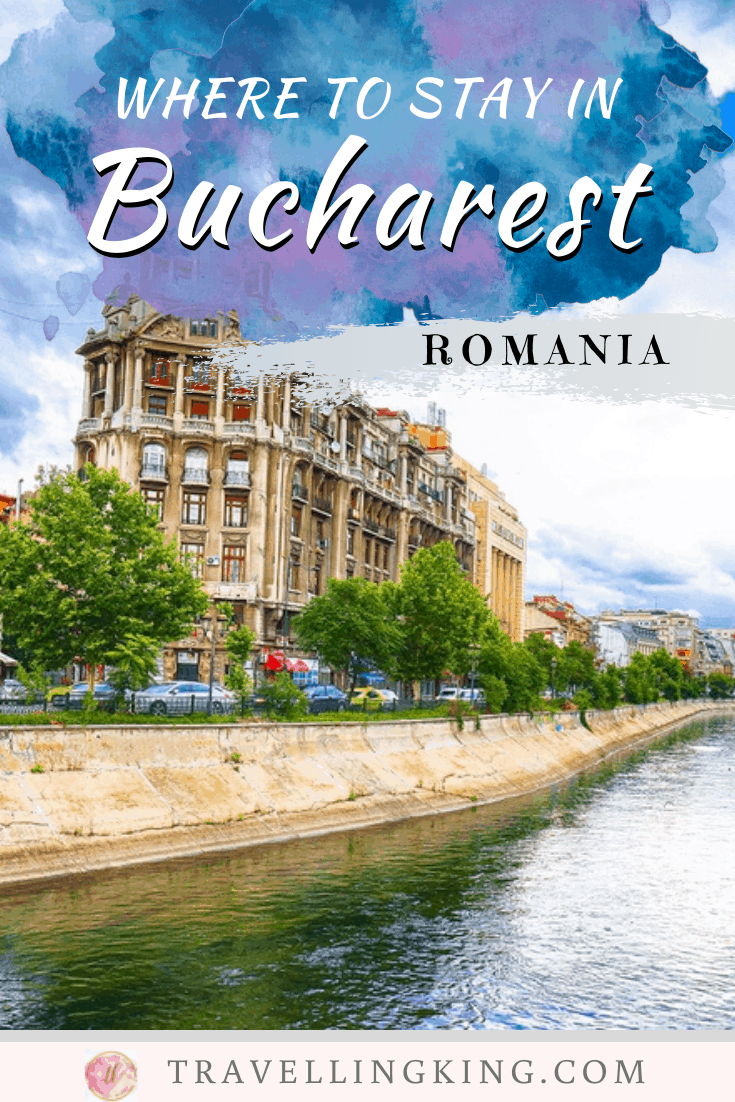 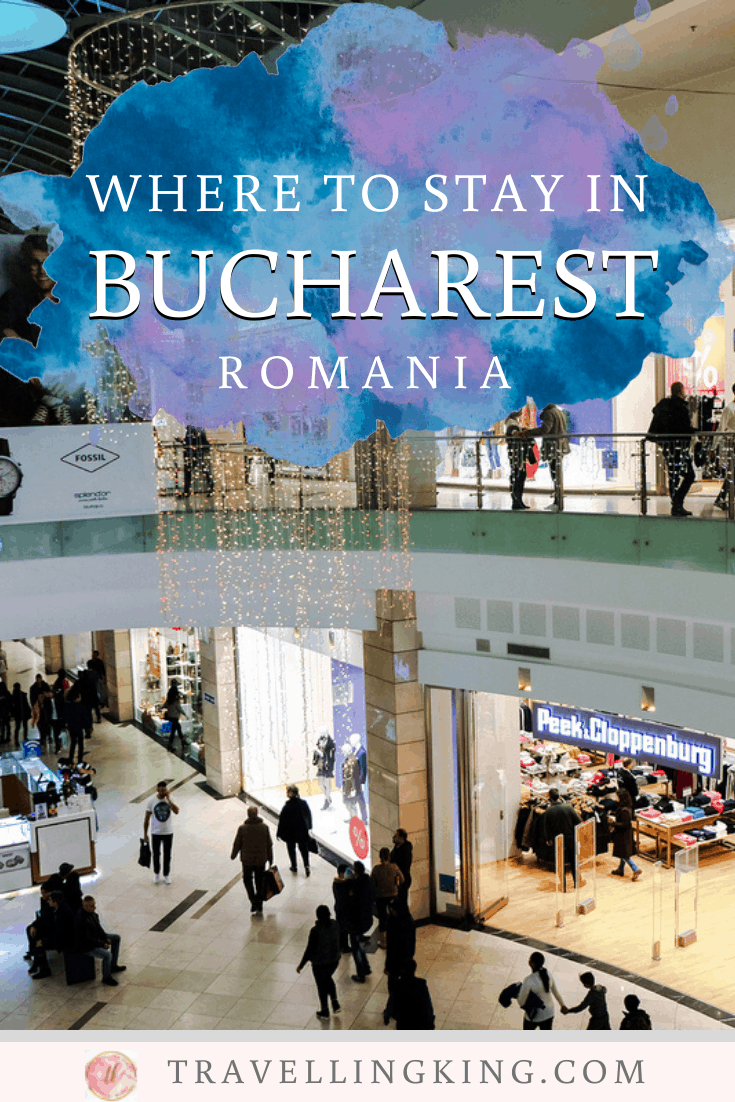 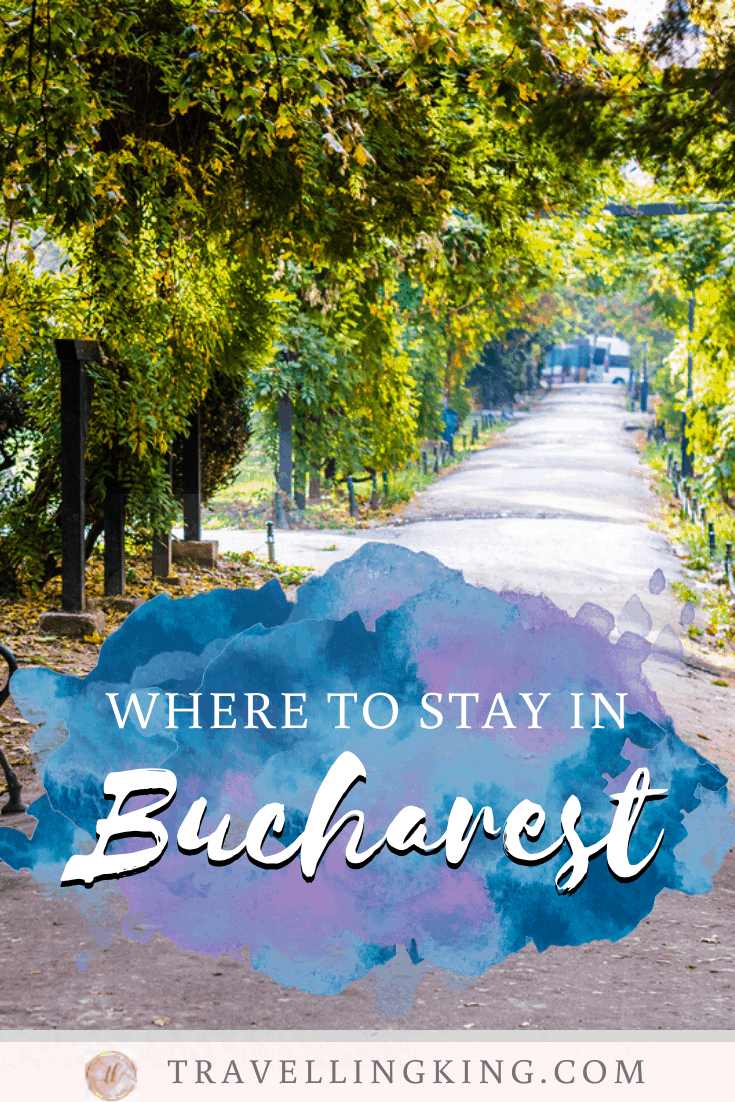 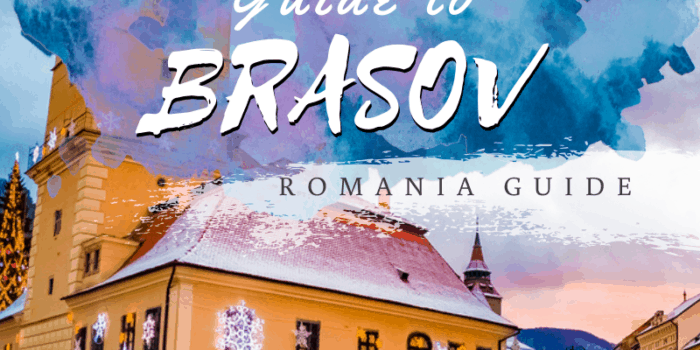 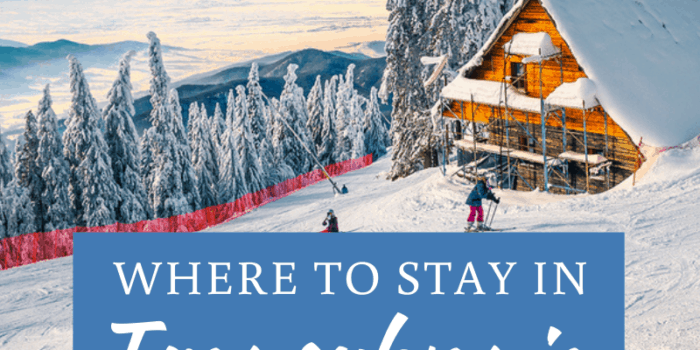 Where to Stay in Transylvania 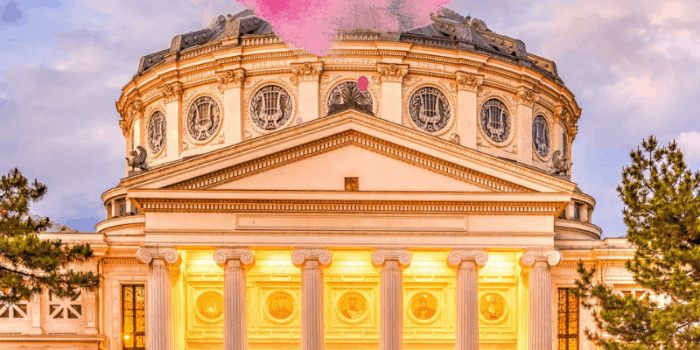 The Ultimate Travel Guide to Bucharest