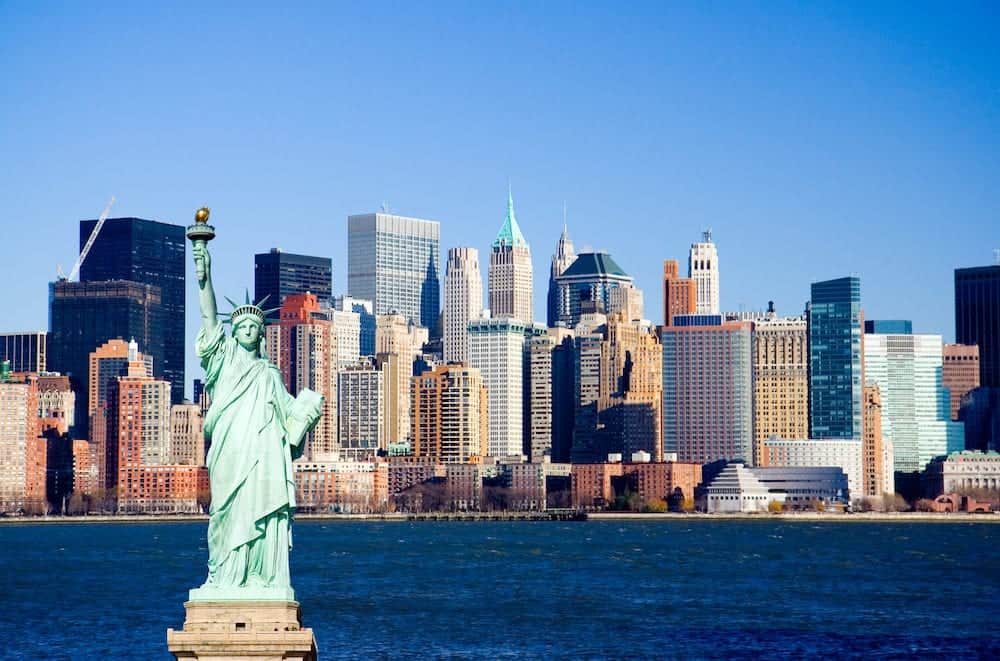 New York City is the largest city in the United States, with a population over 8 million, and is a popular destination for visitors from all over the world. As the entry point for many immigrants to the US, New York is truly a melting pot of so many cultures and there is something for everyone here. If you are looking for ethnic food, immigration history, pop culture attractions or high-end shopping, you’ll find it in New York.

The extensive subway system makes all 5 boroughs of the city (Manhattan, Brooklyn, Queens, The Bronx and Staten Island ) easily accessible. While most tourist attractions and hotels are centered around Manhattan, you might want to explore other boroughs as well, especially Brooklyn which has become very popular in recent years. Check out our below list of 16 Touristy Things to Do in New York City:

Plan your trip to NYC

Ellis Island was the entry point to to the United States for over 12 million immigrants from 1892 until 1954. Some guess that up to 40% of Americans can trace their lineage back through Ellis Island. Today, the Ellis Island Museum of Immigration, where millions of immigrant arrival records are available to peruse. Admission to the museum is free, however you will have to pay for a ferry ticket to reach the island. 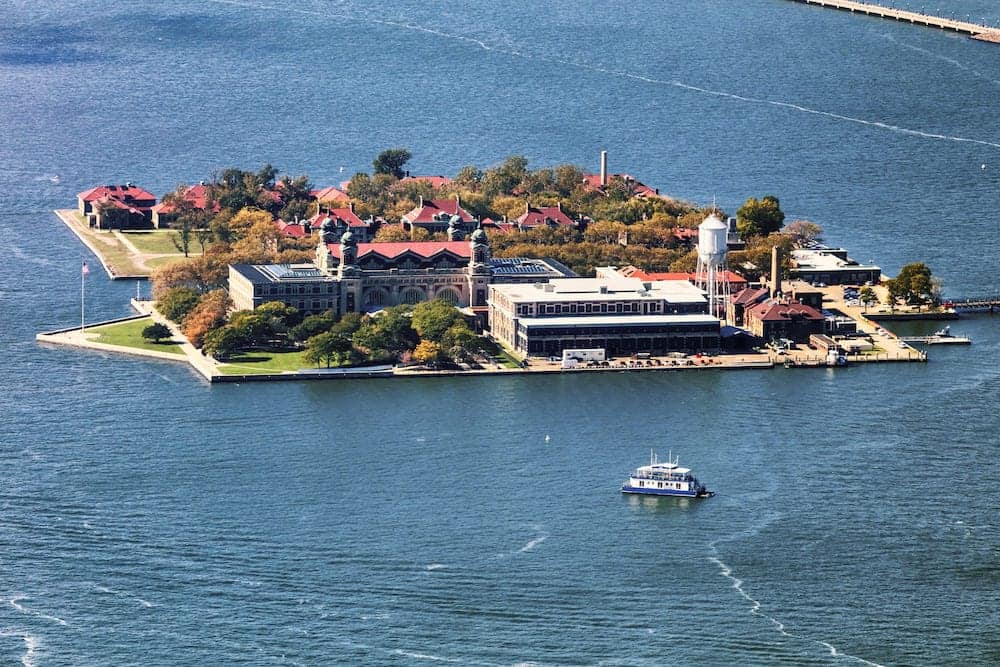 The Statue of Liberty

Included in your Ellis Island ferry ticket is access to Liberty Island, where you’ll find the Statue of Liberty. This beacon of freedom was a gift from the French and has stood at the entrance to New York harbor since 1875, welcoming visitors and new immigrants from all over the world.

Ferries service both Ellis Island and Liberty Island, but you’ll likely want to book a tour to visit the Statue of Liberty. If you want to climb to the top of her crown for aerial views of the harbor, you’ll need to reserve those tickets way in advance. 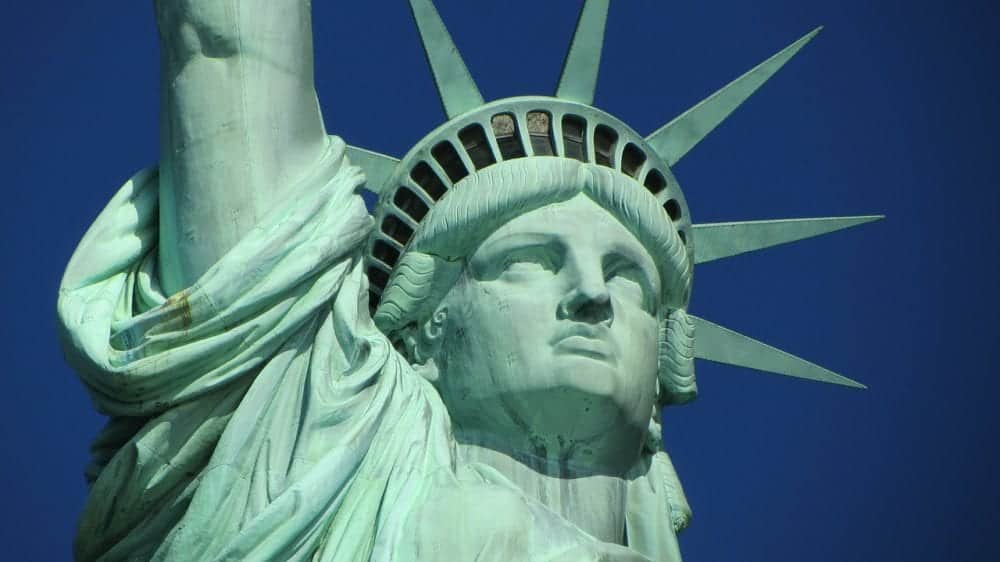 Another icon of New York City, featured in many books, TV shows and movies, is Central Park. This is more than just your usual city park, Central Park has over 800 acres and separates the Upper East Side from the Upper West Side. Exploring Central Park could take several days all on its own.

There is a zoo, a skating rink, horse & carriage tours, walking tours, playgrounds, John Lennon’s Strawberry Fields, bike rentals, boat rentals plus miles of walking and running paths. Not to mention, special events like summer concert series, foot races, special classes and many tour options for exploring the park with a guide! 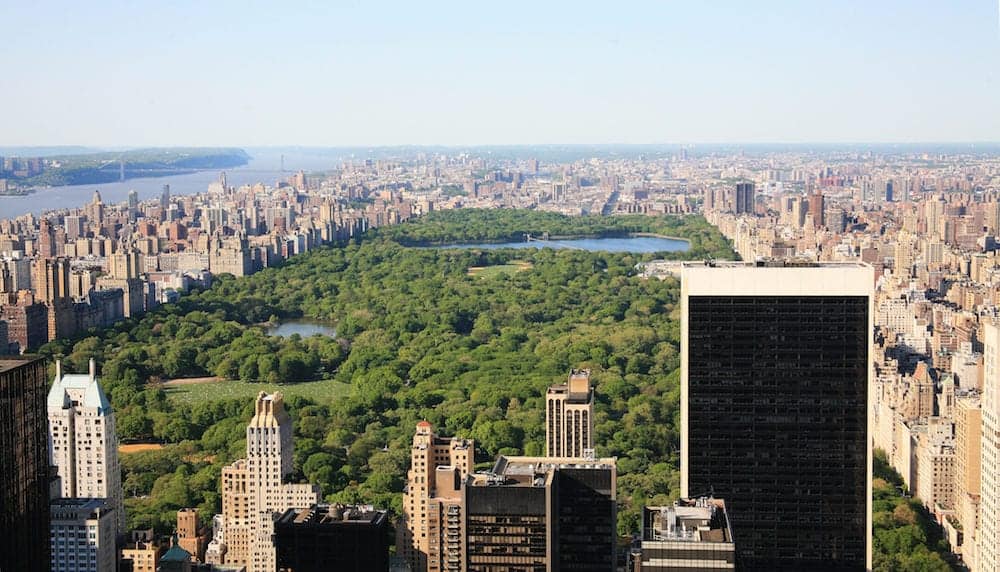 This art deco skyscraper has defined the Manhattan skyline since 1931! Right in Midtown Manhattan, you can always find your way around the city in relation to the Empire State Building. There are observation decks open to visitors on the 86th and the 102nd floors. Visitors to the Empire State Building will also find restaurants, shops and a visitor’s center spread throughout the building.

Throughout the year, the lights on the upper stories will change to signify various events and charitable causes throughout the city, such as lighting up green for St. Patrick’s Day, Red, White and Blue for July 4th, etc. 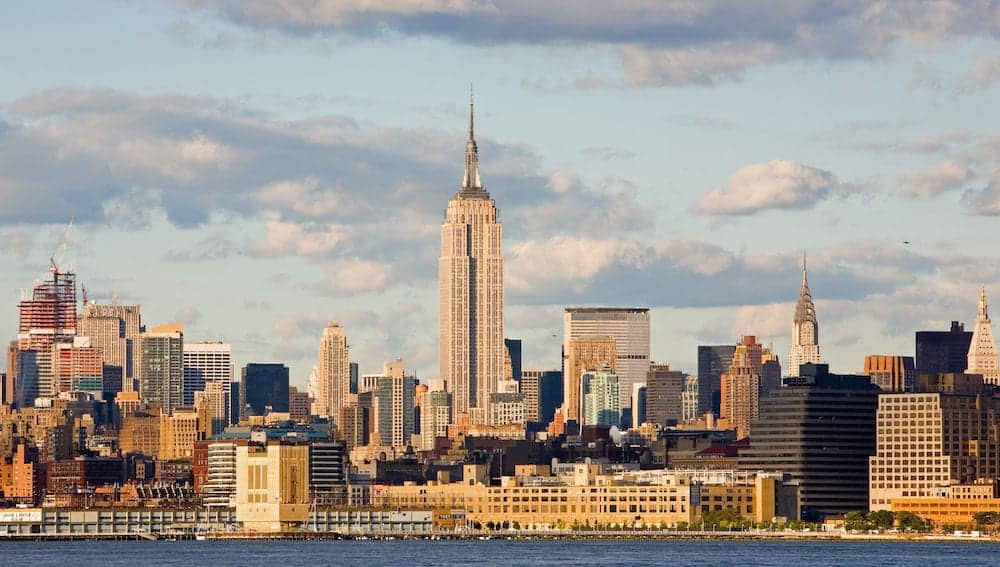 Top of the Rock & Rockefeller

Another popular observation deck in New York City is Top of the Rock, located on the 70th floor of Rockefeller Center. This is another great place to get sweeping aerial views of Manhattan, including an eagle eye view of the Empire State Building! If you go before sunset, you’ll get daytime views, sunset views and then watch the city come to life as sun goes down and the lights start to twinkle!

Lower floors of this building are home to NBC, hence the TV show 30 Rock, and you might even spot a celebrity or two rushing to work in the building! The lowest level houses shops and cafes. Rockefeller Center also encompasses the infamous outdoor skating rink and the huge Christmas tree that goes up each year. 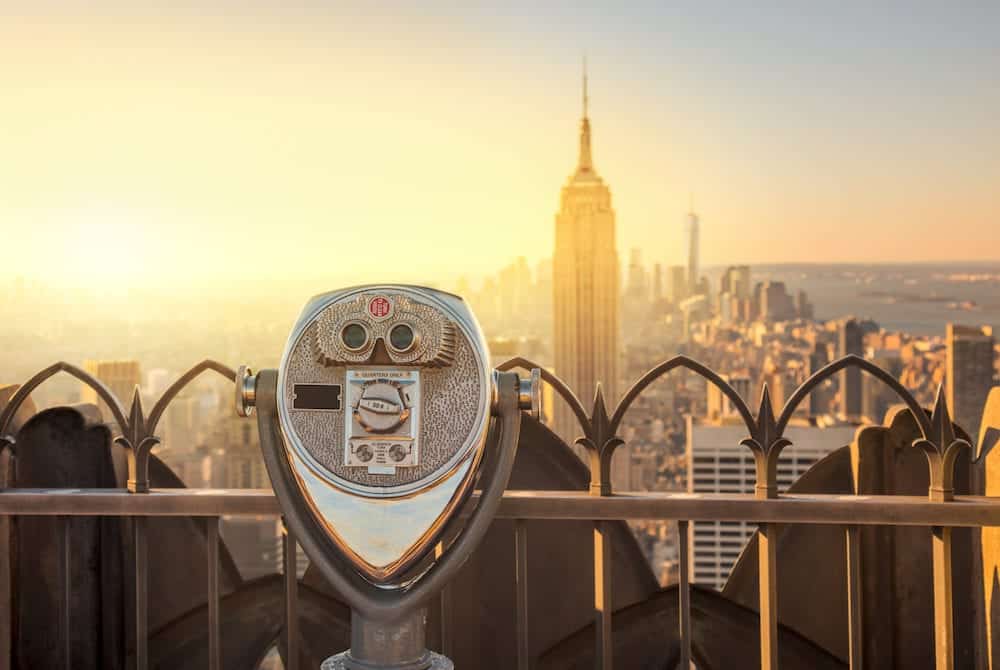 This lesser-known New York destination lies in the East River between Manhattan and Queens. For unique views of Manhattan, you can take the Roosevelt Island tram across the river to explore the island. Once there, you’ll find a gift shop, several parks and waterfront promenades, historical structures, a lighthouse and a former smallpox hospital. 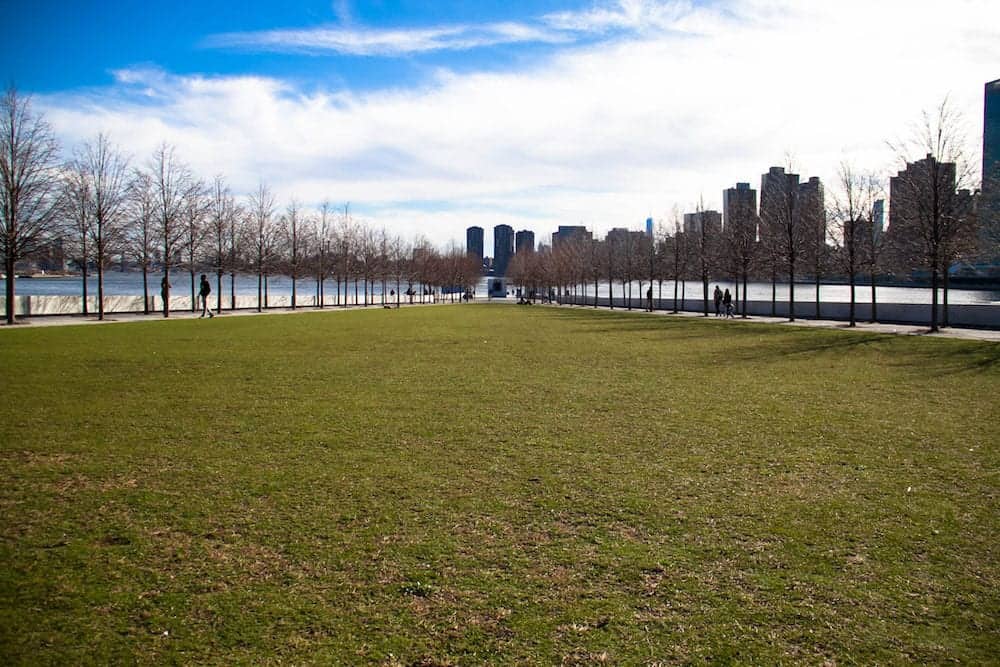 While Macy’s is no longer the exclusive brand it once was, shopping fans will still want to see where it all began. Macy’s Herald Square is the flagship store of the Macy’s chain, and is one of the world’s largest department stores at 2.5 million square feet. That’s a big chunk of Manhattan real estate! 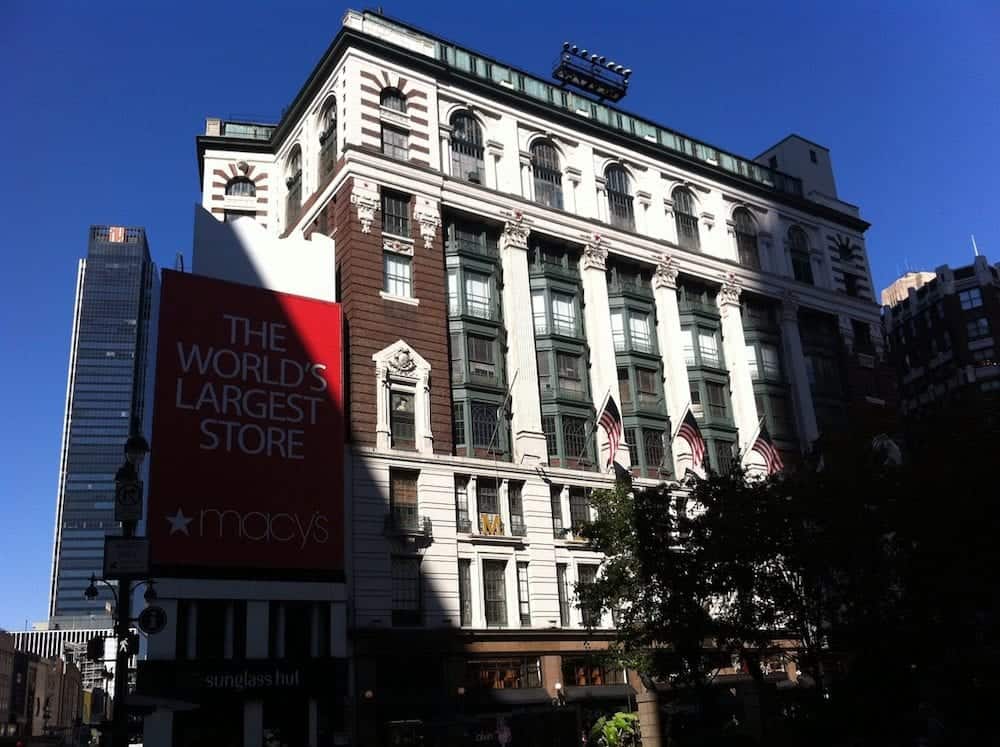 For a more luxurious shopping experience, head over to Barney’s New York flagship store on Madison Avenue. Barney’s was founded in 1923, and remains a beacon of five-star shopping with brands like Louboutin, Lanvin, Stella McCartney and Givenchy. If you’re looking for a place for a power lunch, Fred’s at Barney’s is the spot. 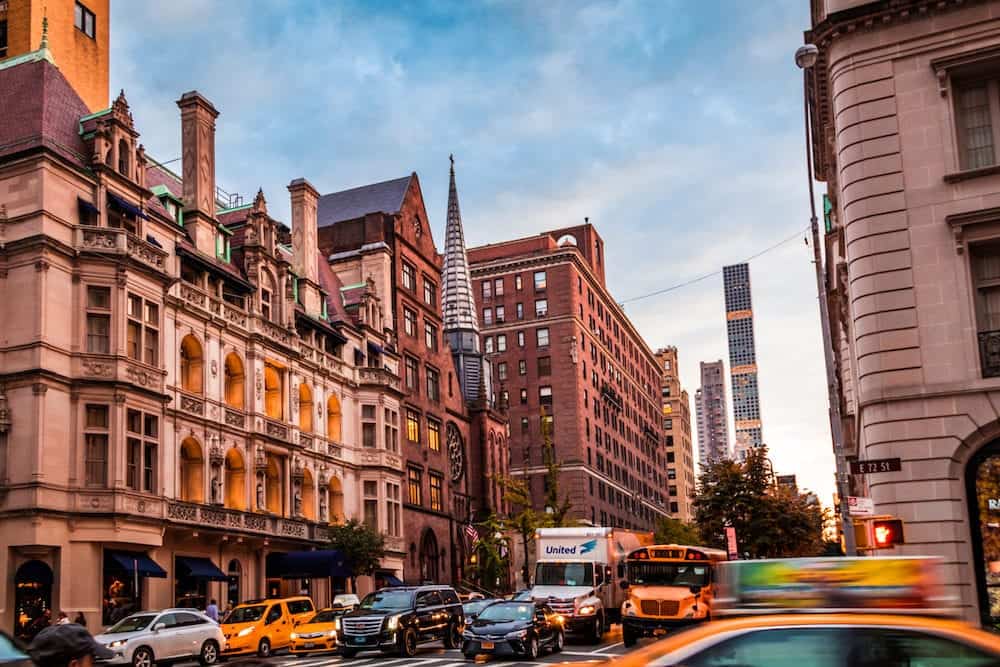 Yes, you actually can have breakfast at Tiffany’s now, thanks to the Audrey Hepburn movie! Tiffany & Co has added The Blue Box Cafe to their 5th Avenue flagship location, where patrons can enjoy a $29 prix-fixe breakfast surrounded Tiffany Blue.

If you are transiting through New York by train, there’s a good chance you’ll already get to see Grand Central Station. If not, be sure to make a special trip to check it out as it’s regularly touted as one of the most beautiful train stations in the world. You will instantly recognize it from many New York movie scenes such as Superman, Men in Black or North by Northwest. 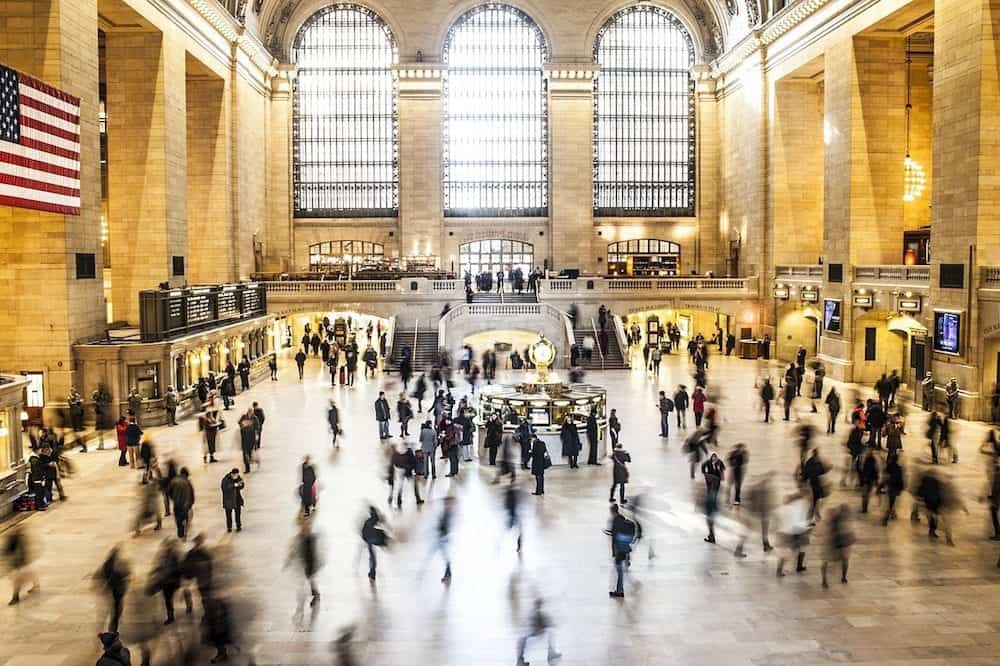 This sobering exhibit is one of Manhattan’s newer additions, and pays tribute to the 2,977 people who lost their lives on 9/11/2001, as well as the victims of the previous World Trade Center attack in 1993. The memorial is located at the World Trade Center site, and includes two reflecting pools in the footprint of the twin towers, with the largest man-made waterfalls in the U.S.

The names of the 2,983 victims are inscribed on plates surrounding the pools. Inside, the museum houses artifacts from the tragedy, such as wrecked emergency vehicles, 911 call recordings and photographs. 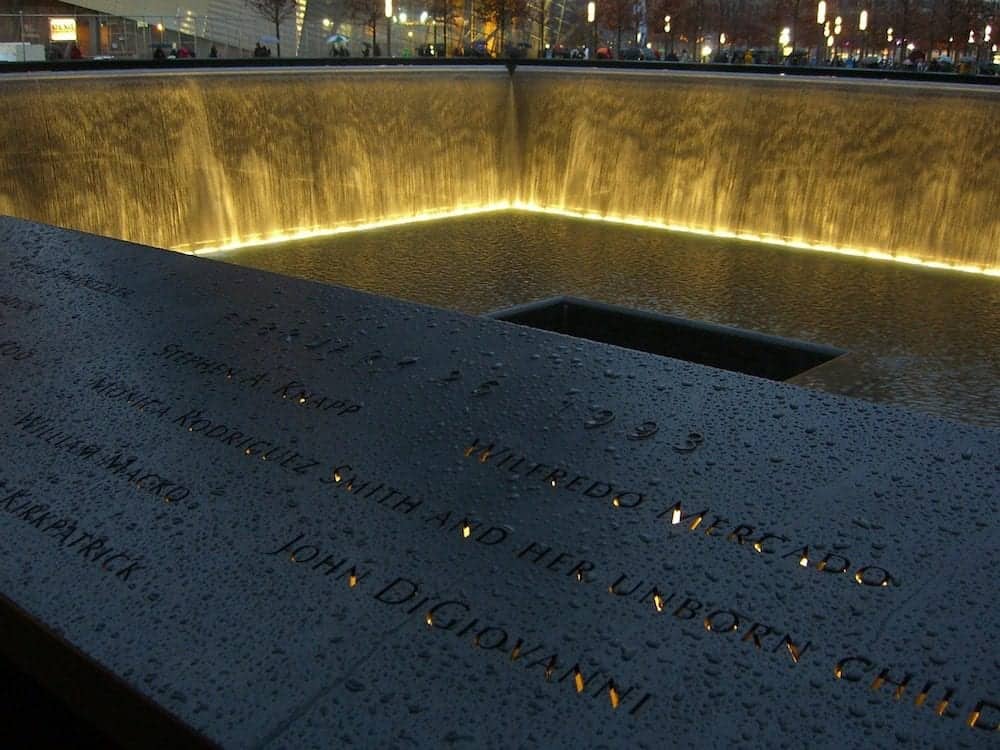 Times Square is another iconic New York destination. With giant neon signs flashing advertisements in all directions, Times Square will feel like mid-day no matter what time of day you visit. This is the place to find all the kooky characters like the naked cowboy, or various cartoon characters walking the streets.

Of course, this is also where you can watch the ball drop on New Year’s Eve, along with two million other freezing people! Right next to Times Square is the theater district, where you can catch the latest Broadway play, or go off-Broadway for lesser known performances. 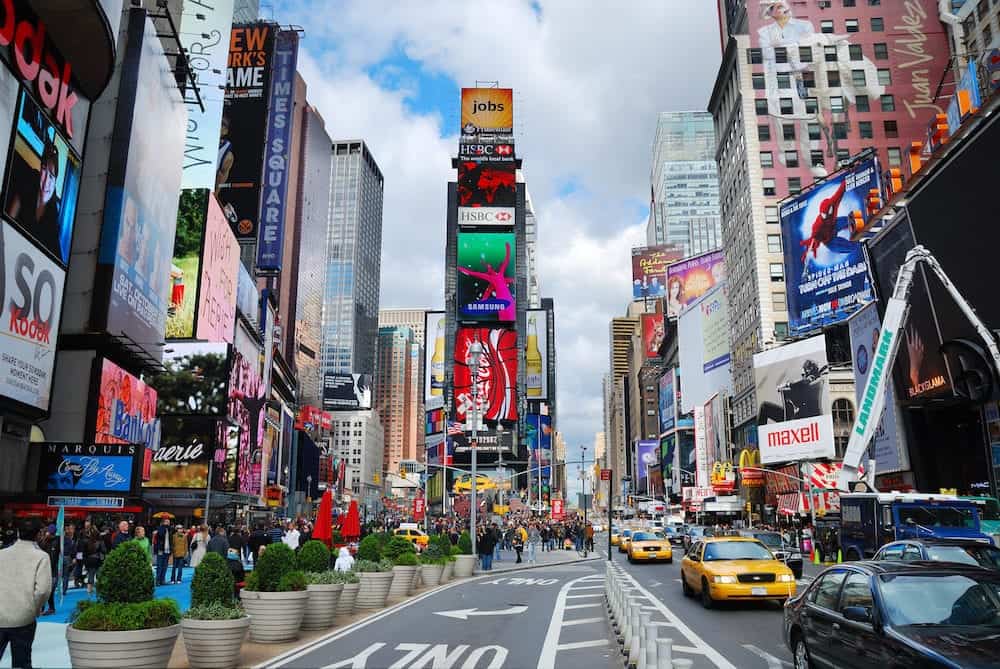 Located in the former meatpacking district, the Manhattan neighborhood of Chelsea is now a trendy place to see and be seen. In a former Nabisco factory is Chelsea Market, a food hall and shopping mall filled with New York foodie icons such as SaraBeth’s Bakery and Morimoto. (If you’ve never experienced Japanese toilets, get a drink at Morimoto just to check out the loo!) 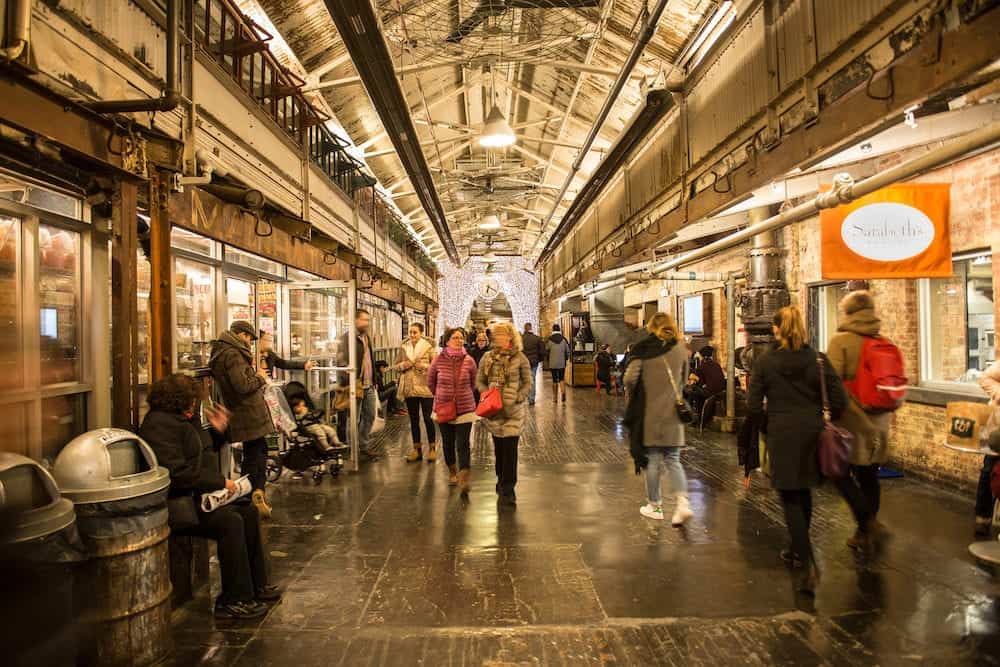 The High Line is one of New York’s newer destinations, after opening in 2014. Created on an elevated railway line, the High Line is now a 1.45 mile elevated park, greenway and rail trail. In warm weather months, vendors pop up along the trail, as well as outdoor seating for the cafes in the neighborhood. The High Line is a great place to get above the fray of New York City, enjoy some green space and relaxation. 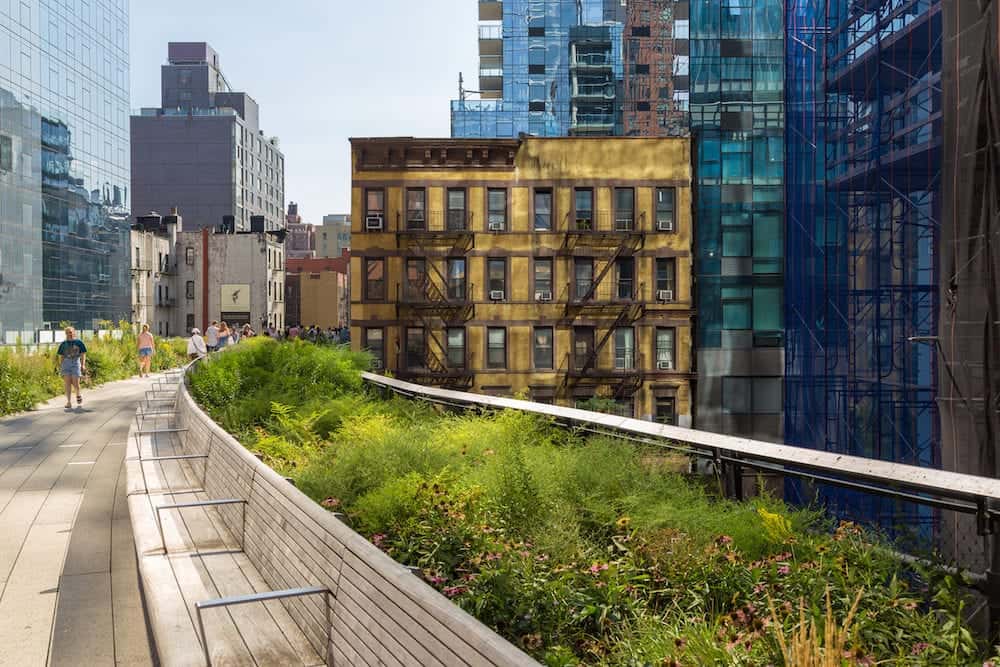 New York’s Chinatown neighborhood is a must-see on your visit to New York City. Whether you are looking for knock-off designer goods, or delicious dumplings, make sure you set aside time for Chinatown. You can join a food tour or a walking tour, or just explore Chinatown New York on your own. The nearby Tenement Museum is an interesting look back into the history of New York Housing. It’s a bonus if you happen to be visiting during Chinese New Year in February! 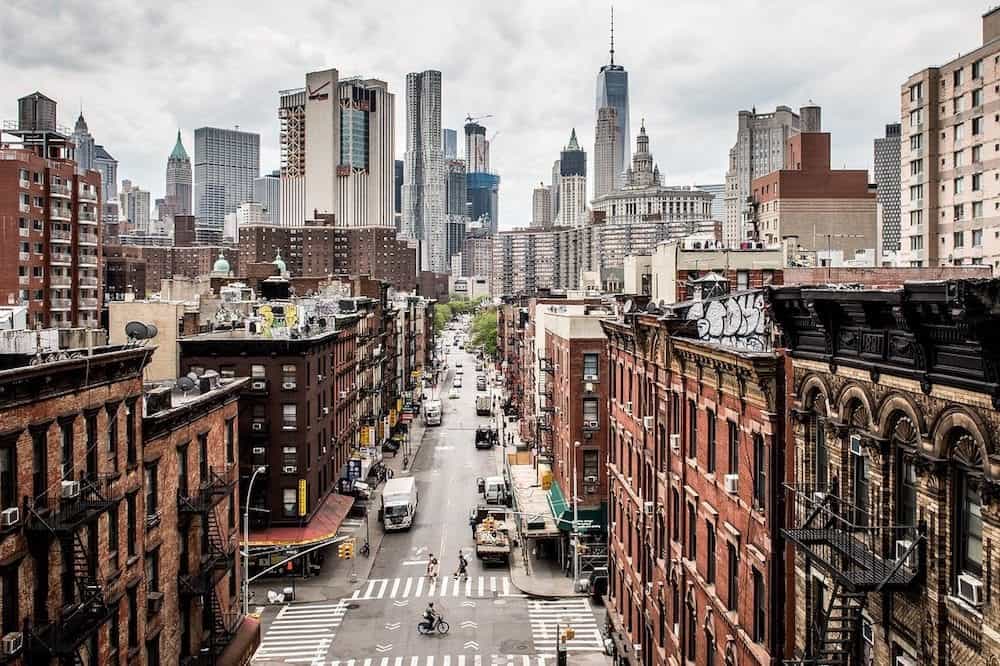 Adjacent to Chinatown, Little Italy is New York’s hub of Italian culture. If you want Italian food, you want to come to Little Italy. On summer weekend, Mulberry Street is closed to traffic. Restaurants string lights across the alleyways and set up sidewalk cafes for outdoor dining. Of course, there are several Italian bakeries to choose from as well! 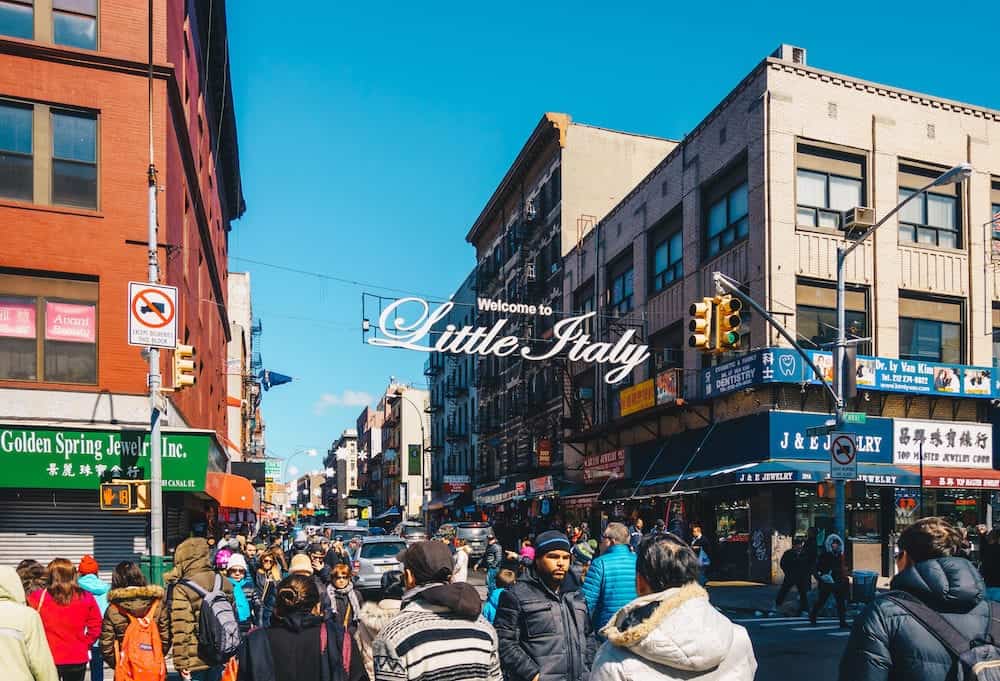 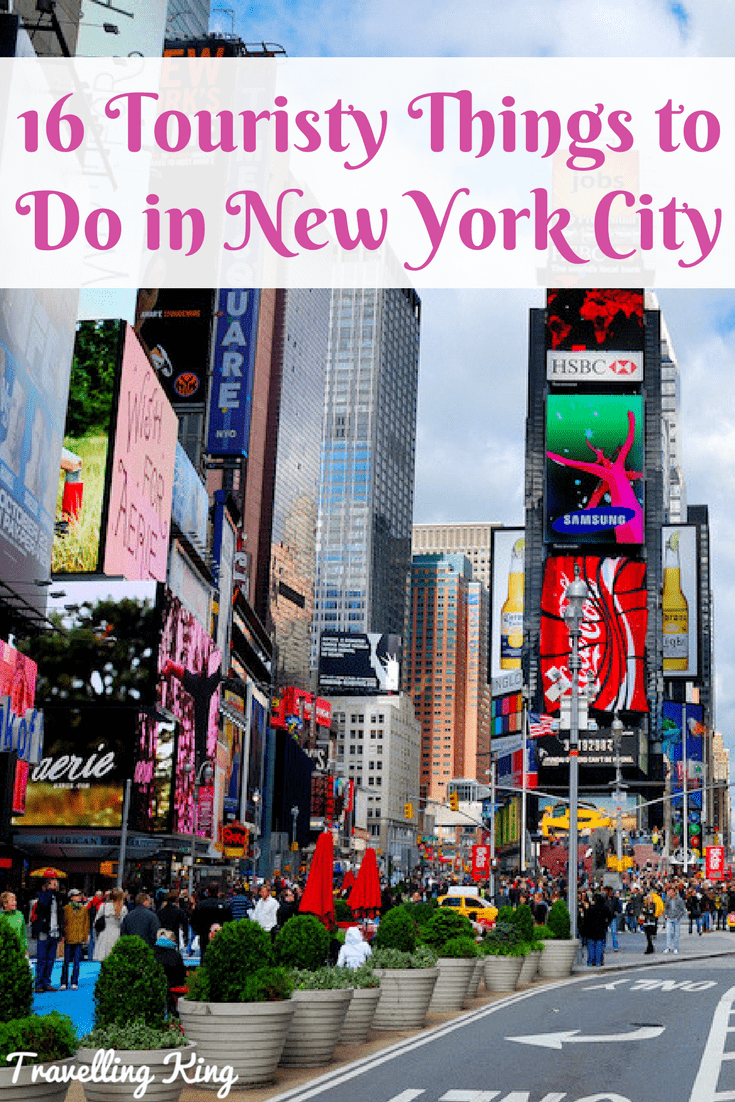 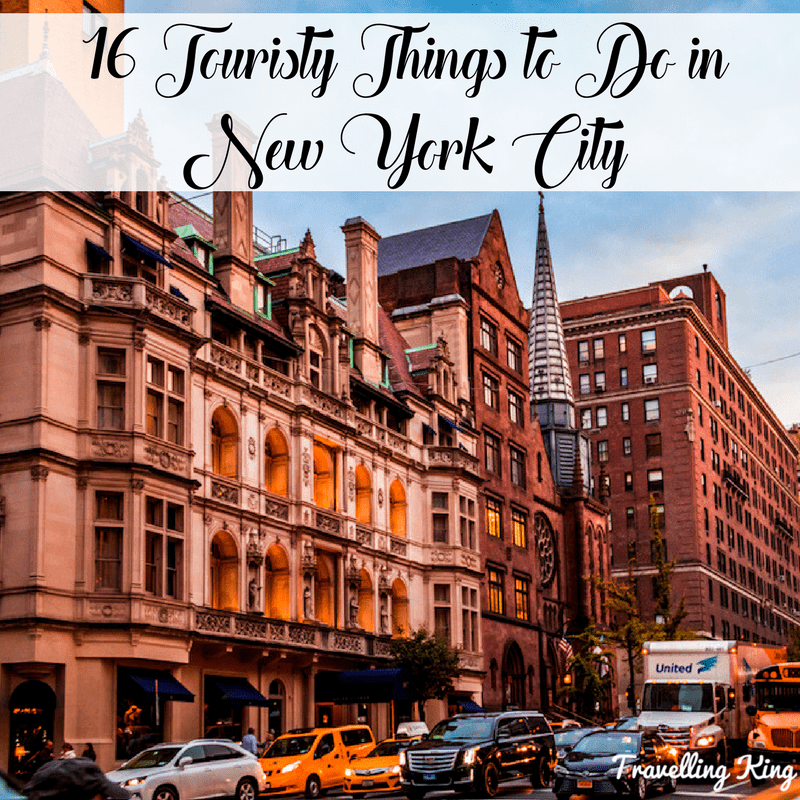 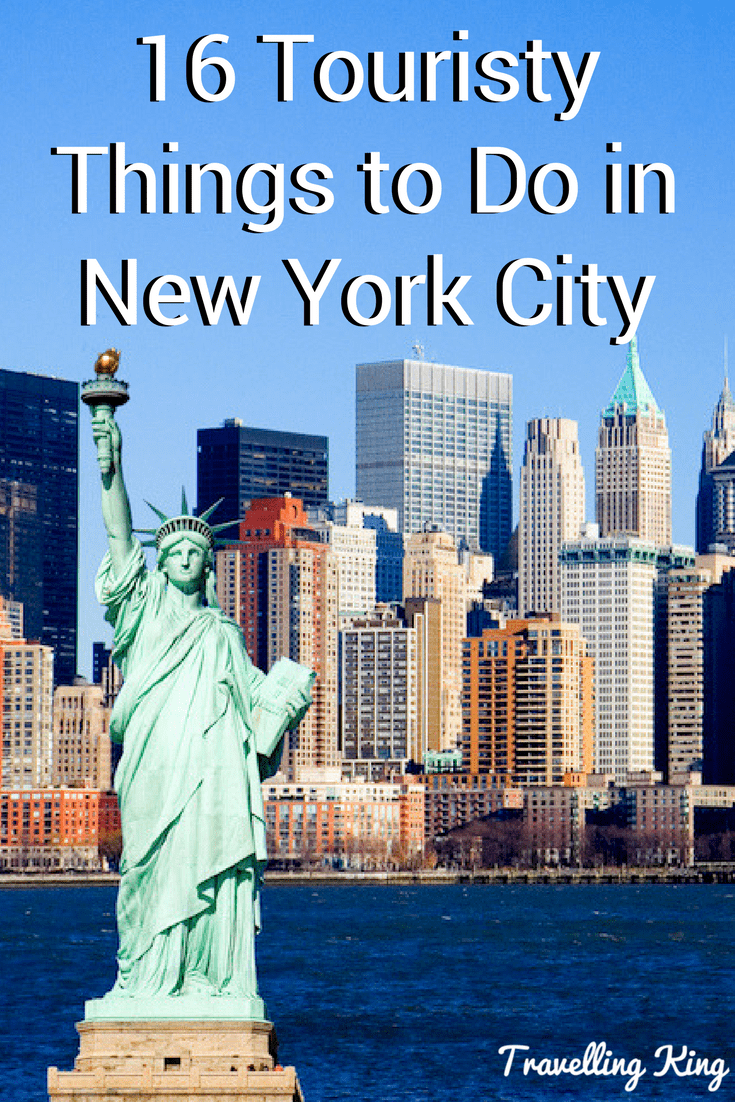