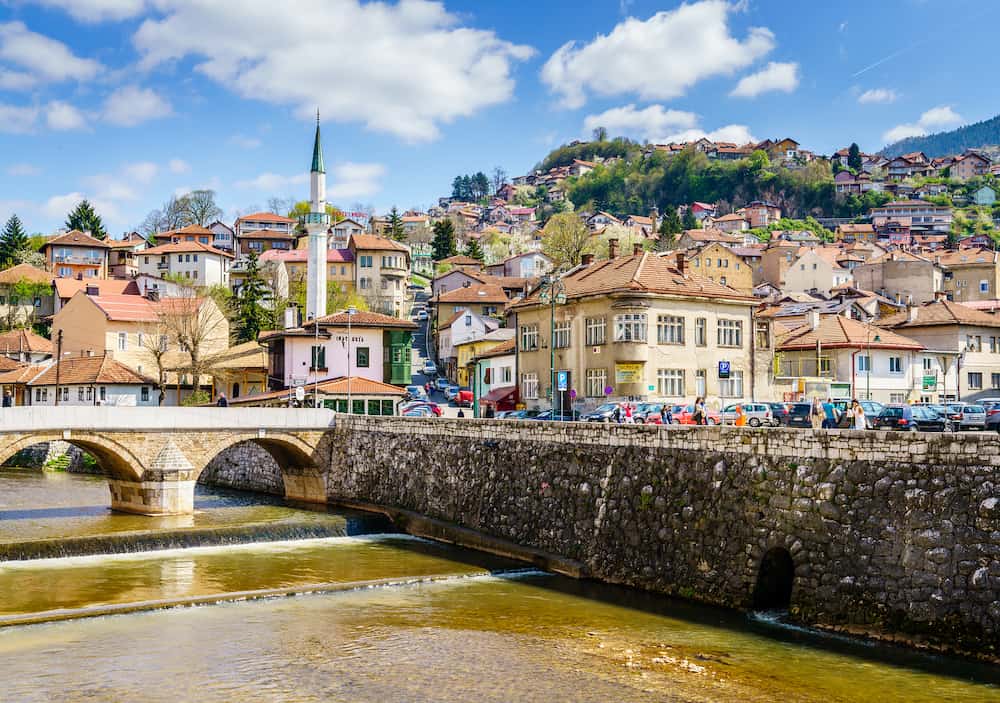 Sarajevo is a peaceful city, which is infamous for being the town where the World War I began. Well, that was more than a century ago and at present, tourists visit the city to view its old stone houses, beautiful architecture, mesmerizing landscapes, churches, mosques, and to relish the traditional Balkan cuisine.

The best time to visit Sarajevo is in the months of May to September as the weather is pleasant and warm. However, during these months, it rains in Sarajevo. Generally in the month of May and June, you will experience heavy rainfall, so if you are traveling at that time then do not forget to pack your belongings in a waterproof backpack. The waterproof backpack will ensure that your stuff stays safe and protected during heavy rains. You should avoid visiting the city in the winter season that begins from the month of November to April as it gets extremely freezing. But, of course, if you are only interested in skiing then it would be the best time to plan your trip.

Adding a couple of days for Sarajevo in your European itinerary would be a sensible decision as you could explore the culture and charisma of this city. So, if you have decided to explore Sarajevo in two days then you would be interested in reading this itinerary that comprises of the best things to do in Sarajevo.

Plan your trip to Bosnia

Looking for a particular destination, see below otherwise you can go to Bosnia Travel Guide to view current posts

In the year 1993, the Sarajevo war tunnel was constructed in the midst of the Bosnian War. It was especially built to link Sarajevo city with its neighboring areas as the city was entirely cut off by Serbian forces. At present, you can walk down a part of the tunnel and visit the Sarajevo Tunnel Museum that exhibits war photographs, military uniforms, flags, equipment, and more.

The only purpose for the tunnel to be kept open for the locals as well as travelers is that the younger generation can study the devastating past of the city. The museum is open from 9am to 5pm in summers and up to 4pm in winters. 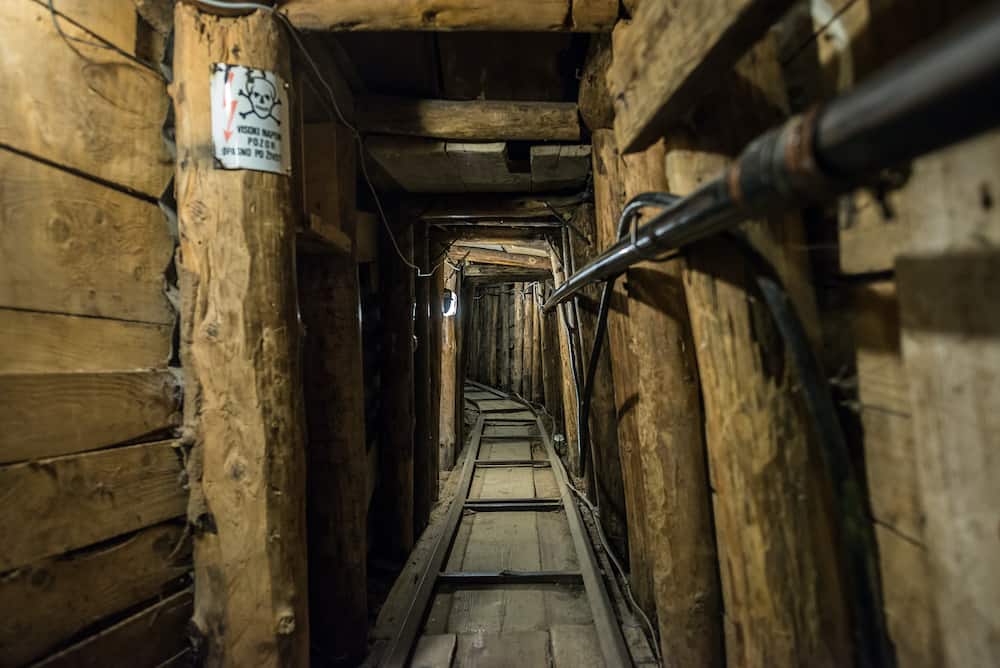 Your trip to Sarajevo would be incomplete if you do not gain information on its devastating history. In the past, the residents of Sarajevo have gone through a very difficult phase of life. On 28th June 1914, the gunshot that led to World War I was fired at Sarajevo and the scars of this incident can still be seen on the local people.

Gavrilo Princip was only a few meters away from this bridge when he assassinated Archduke Ferdinand and has wife Sofie. It is one of the most famous landmarks in Sarajevo and close to the Old Town. You will come across various shops and restaurants; thus, making it convenient for tourists. 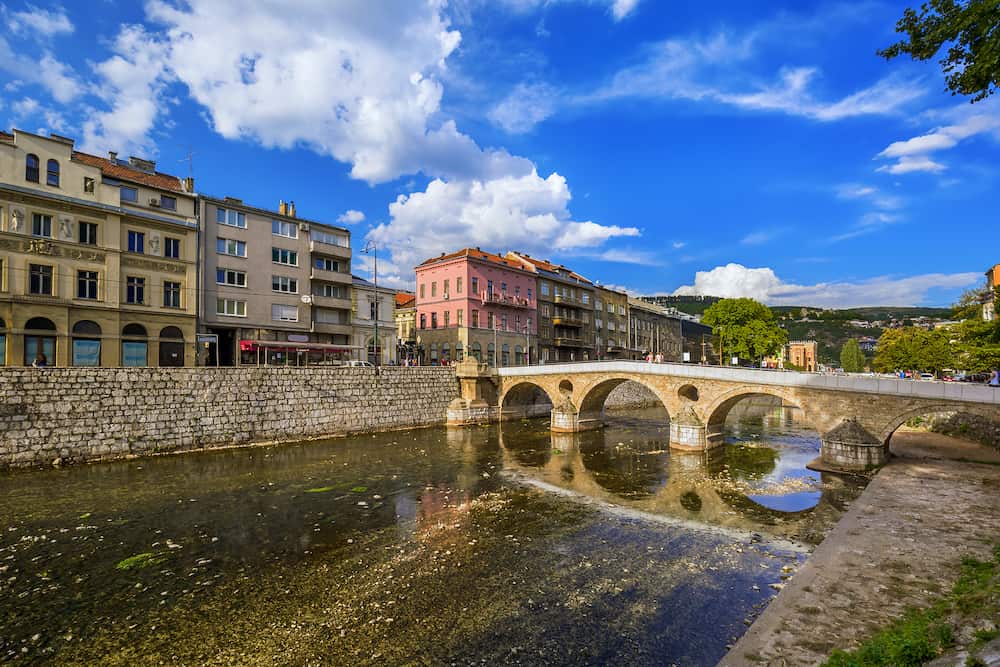 Some of the popular Sarajevo cuisine that you should try is burek and cevapi. Both are meat dishes and are available easily in various restaurants. A cevapi is a finger-sized sausage that is usually made up of beef and lamb. There are many variations of accompaniments served with cevapi like yogurt, thick sour cream, French fries, and more. Burek is a flaky pastry, which has a meat filling.

They are usually sold by weight and are available in most of the bakeries. If you are a vegetarian then you can purchase the pastries that have cheese, spinach, or potato as stuffing. Another cuisine that you can try is crepes that are stuffed with sweet or savory fillings; so choose whatever you prefer. You can enjoy all these dishes with the local beer that has been produced in the Sarajevo Brewery or with some other traditional drinks. 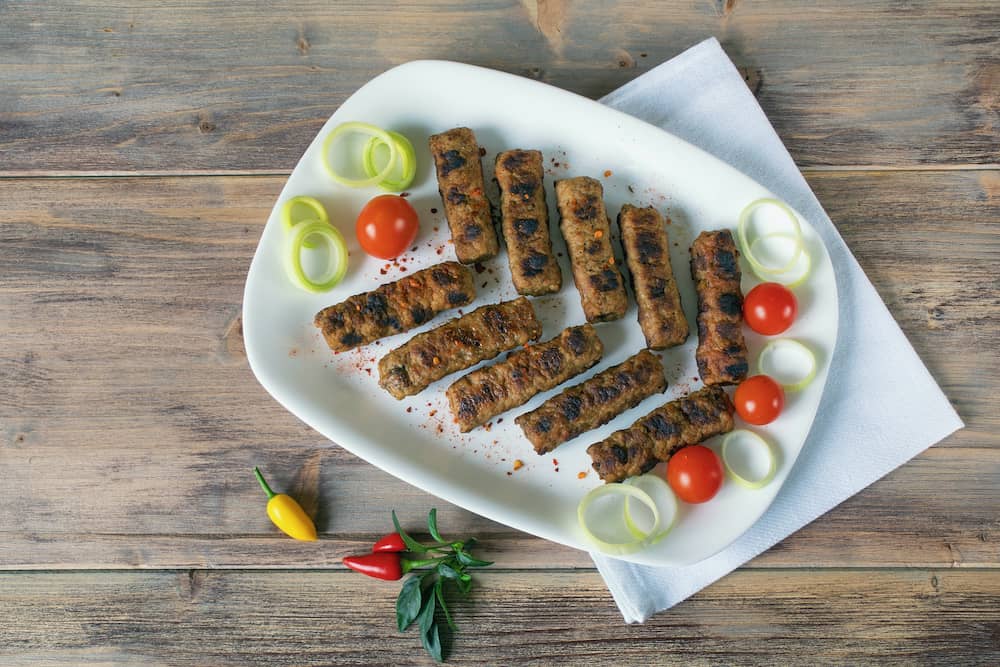 The Church of the Holy Archangels Michael and Gabriel, commonly known as the Old Orthodox Church is among one of the oldest place of worship in Sarajevo. In the year 1889, a museum was formed in the church, which comprises of a huge collection of rare manuscripts, coins, weapons, clothing, and more. So, if you want to study and explore the past and history of Sarajevo then you should visit the museum. 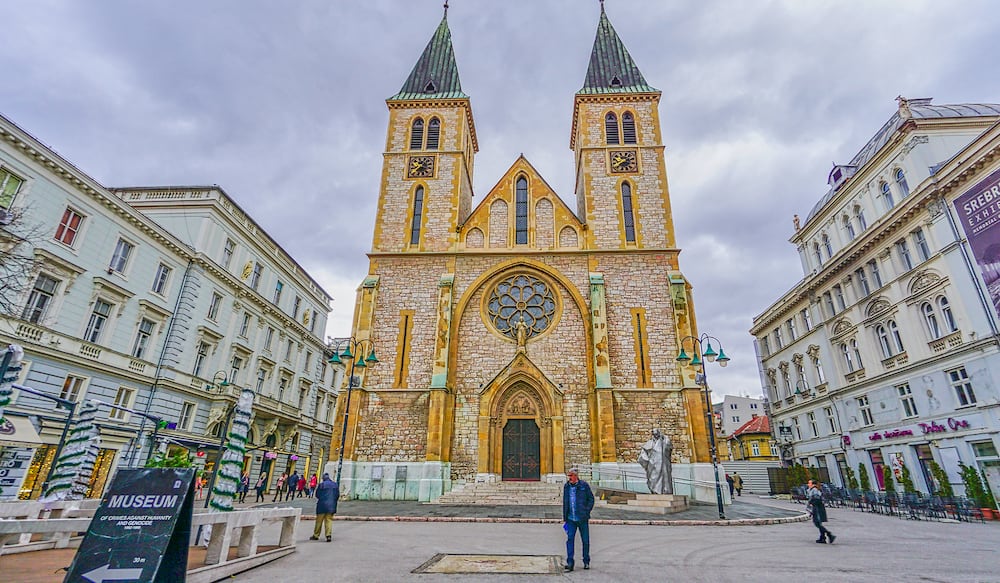 Next to the Old Orthodox Church is Baščaršija Old Bazaar, which is a popular attraction for travelers as they can shop for several souvenirs. There are innumerable shops and restaurants in the open-air bazaar and a few things that you may consider purchasing are slippers, copperware and coffee cups.

A large number of artisans sell their handmade products each day in the narrow alleys of the bazaar. While you are here, don’t forget to drink the Bosnian kafa in one of the cafés, which is the traditional coffee of Sarajevo. 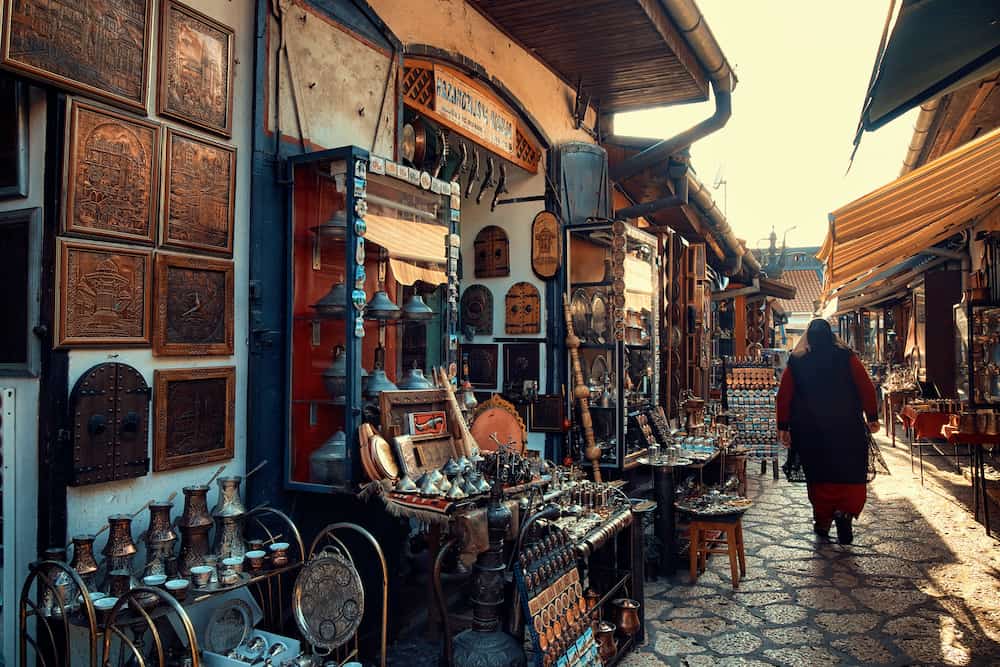 The City Hall is located a few steps away from Baščaršija, so you can cover that too on the same day. It is the most beautiful piece of architecture that you would find in Sarajevo. Several parts of the hall were completely destructed during the 1992 shooting. Innumerable manuscripts and books were burnt. The building was repaired over a period of time and later in the year 2014; it was reopened for public. At present, the hall is been used for variety of events and exhibitions. 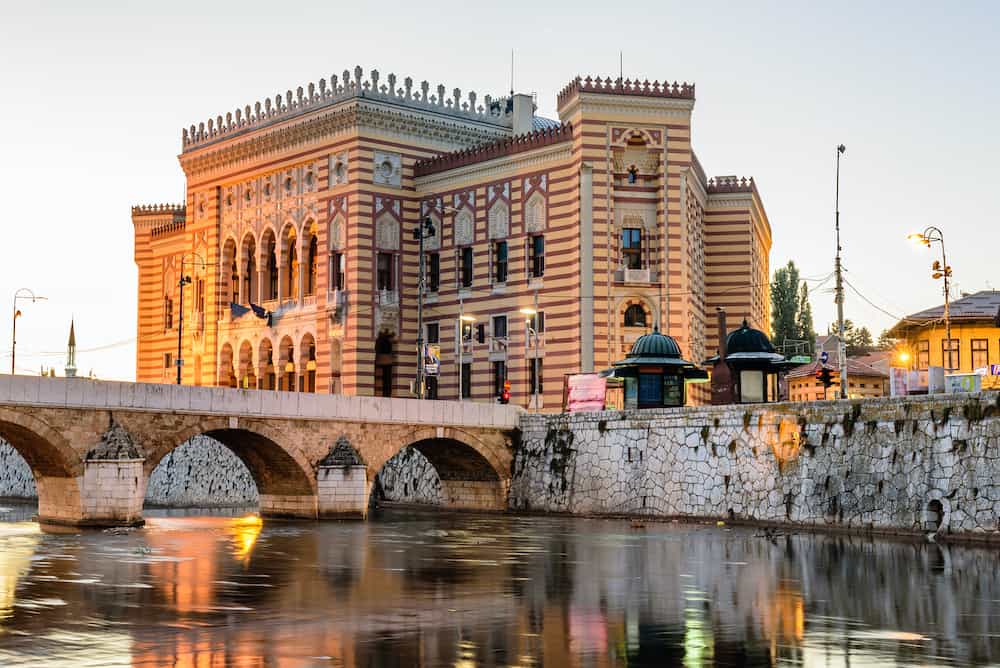 Cathedral Of The Sacred Heart Of Sarajevo

Located a few meters away is the Sacred Heart Cathedral, which is the largest Church of Bosnia and Herzegovina. Recently, in September 2019, the 130th anniversary of the consecration of the church was celebrated with lot of pomp and glory. Every Sunday the mass is held in English at 12 noon and on working days the mass timings are 8am and 6pm.

On a regular basis, there are several events held in the Cathedral to celebrate Easter, Christmas, Sacred Heart of Jesus, and more. So, if you are lucky enough then you may be able to participate in one of the events.

To conclude, a two day trip to Sarajevo would be enough to explore the city and take back happy memories. So, follow the aforesaid travel guide on Sarajevo to plan your holiday and have a wonderful stay. 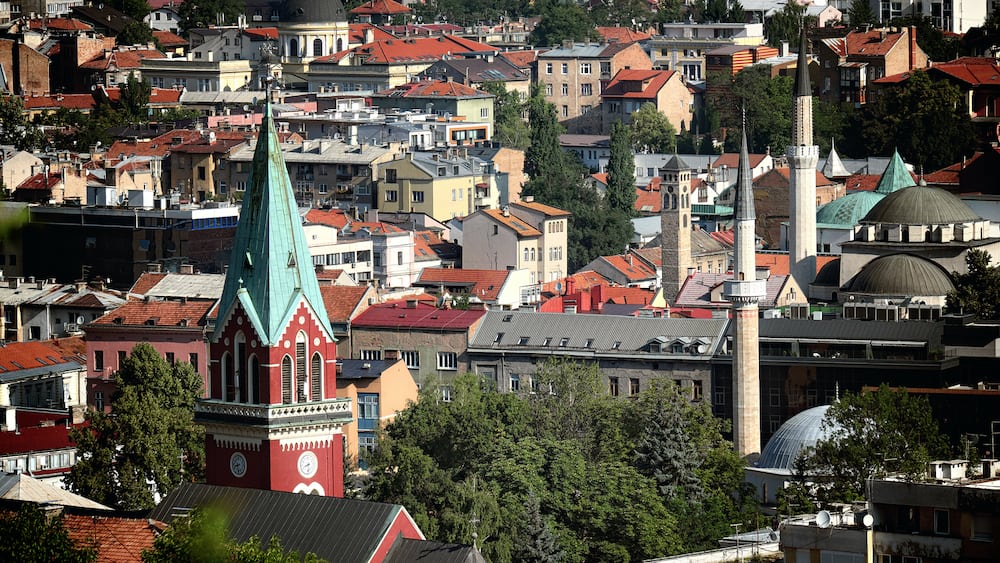 Astraveler is from Lithuania. He has been to almost 50 countries and still actively counting. Due to such an interesting travel experience he started a blog to share his knowledge with the world. 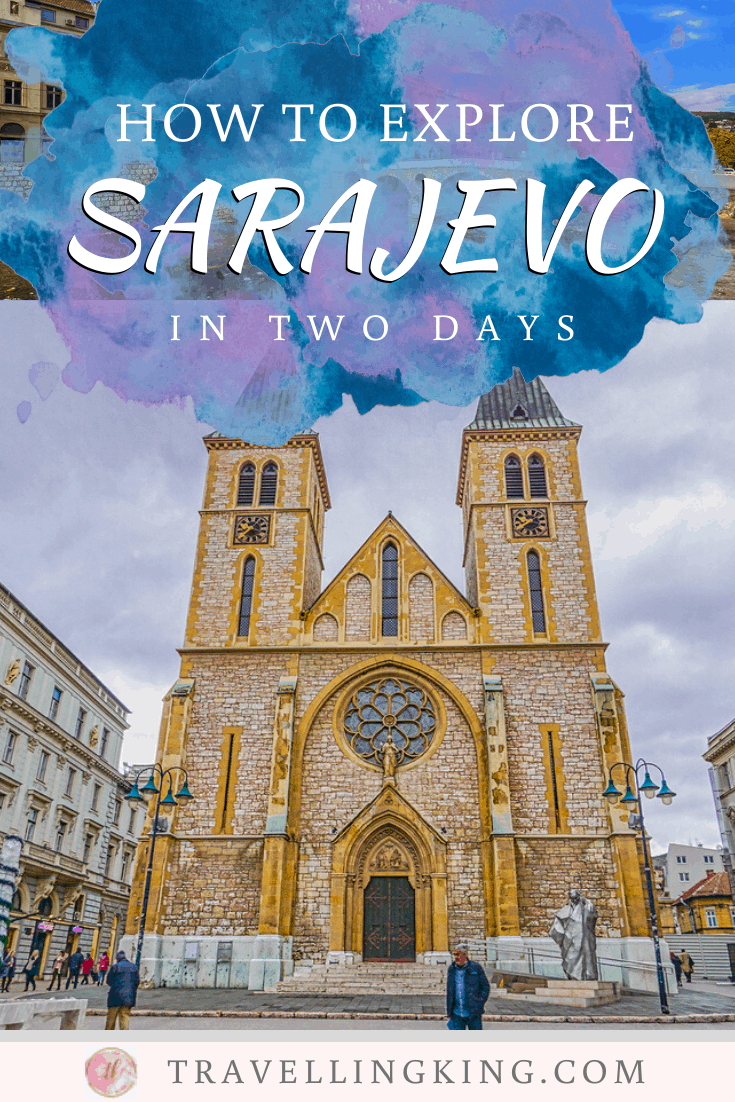 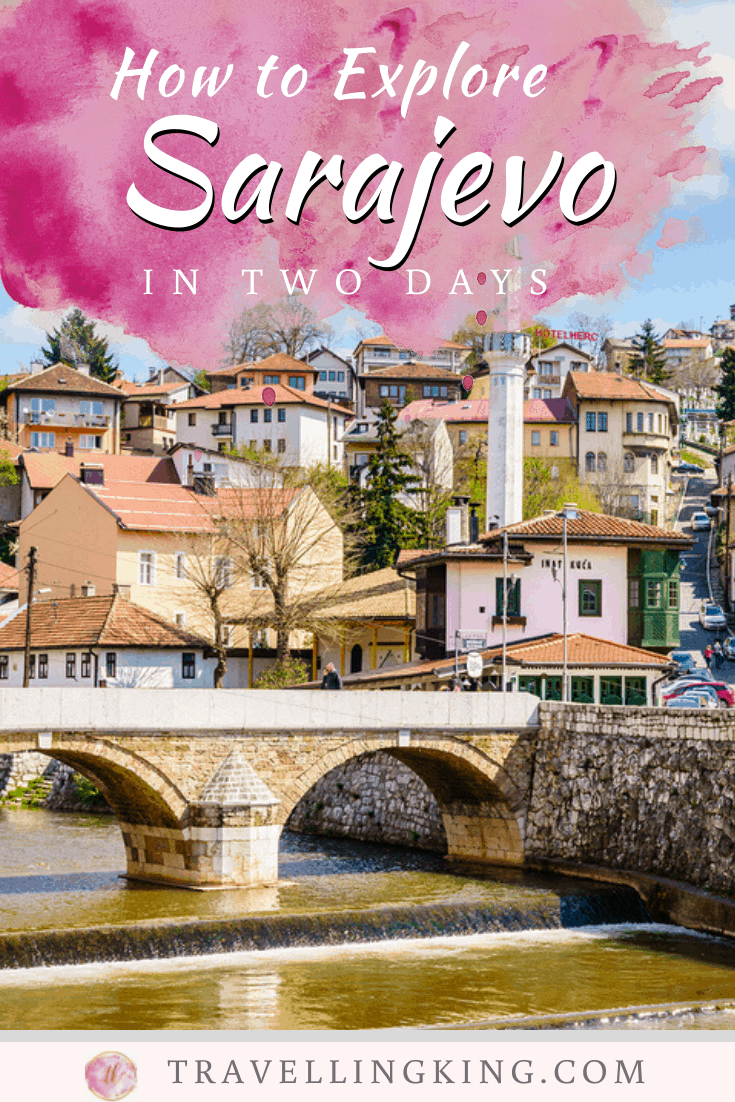 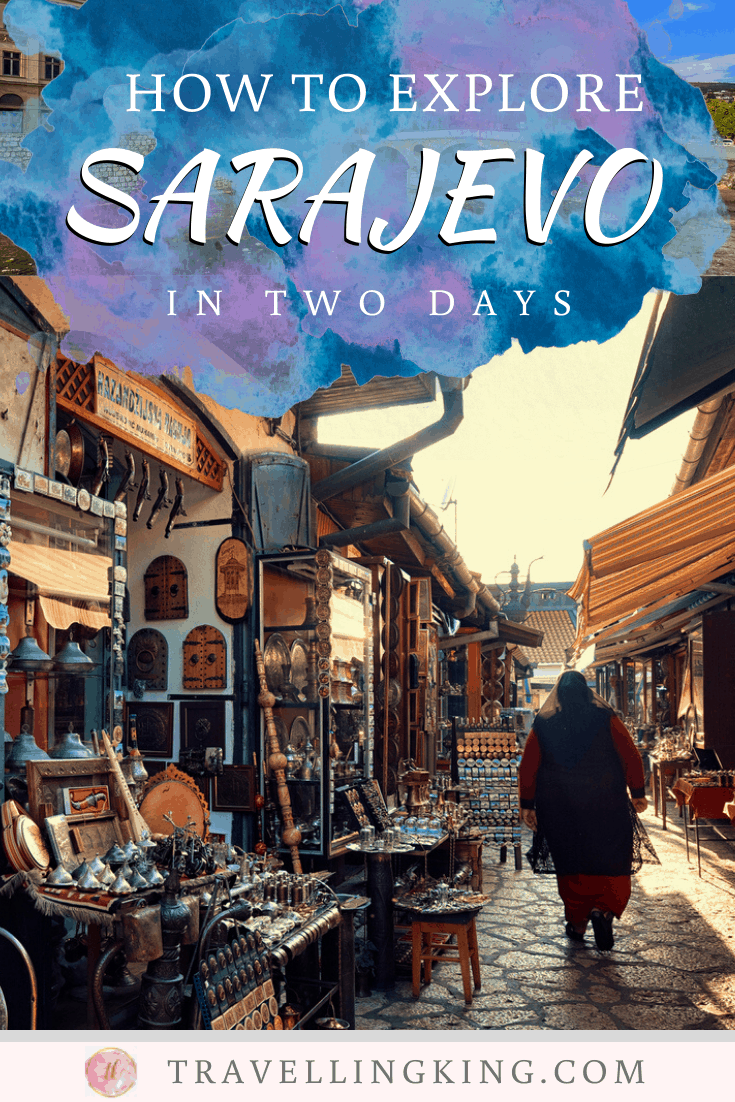 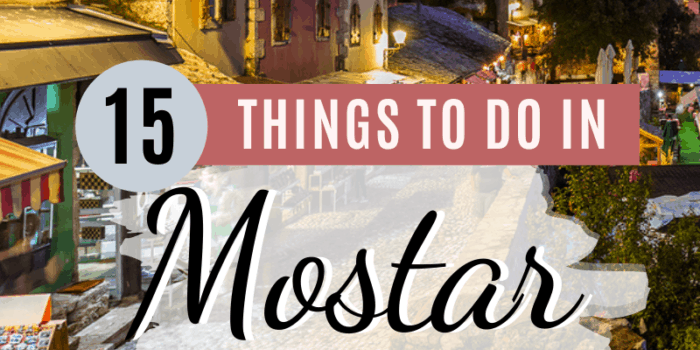 15 Things to do in Mostar – That People Actually Do! 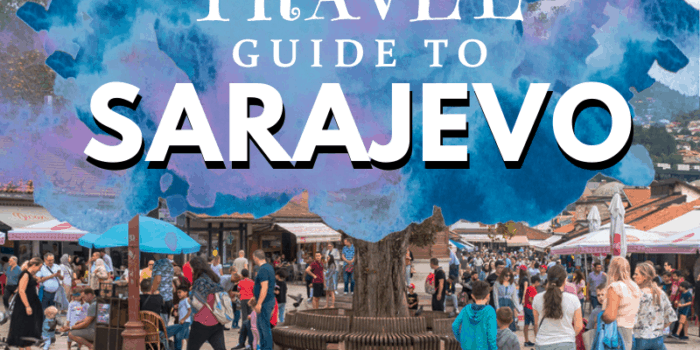 The Ultimate Travel Guide to Sarajevo