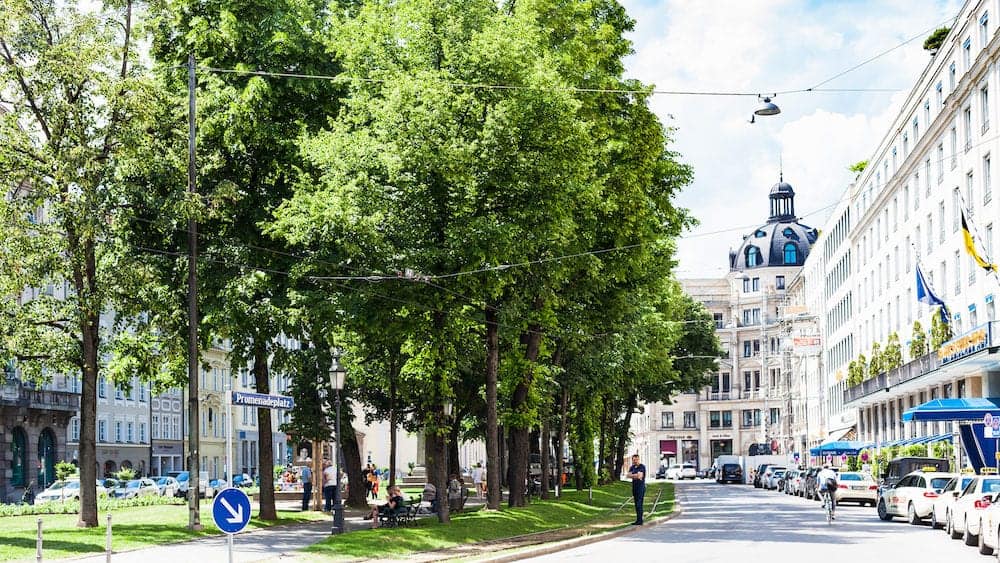 Munich is the capital city of the German state of Bavaria, as well as the largest. With a population of about 1.5 million, Munich is the third largest city in all of Germany. Munich is best known for its beer gardens and of course, Oktoberfest, but there are many things to do in Munich besides drink beer and our list includes a few great options for sightseeing in Munich.

There are Oktoberfest celebrations all over the world, but the grand-daddy of them all happens in Munich. Oddly enough, the festival doesn’t start in October, but begins in late September, and runs for 16 to 18 days. Oktoberfest dates back to the early 1800’s and is more than just a beer festival, it’s also a folk festival and cultural festival. It is the largest festival in the world, drawing an estimated 6 million visitors annually from all over the world. 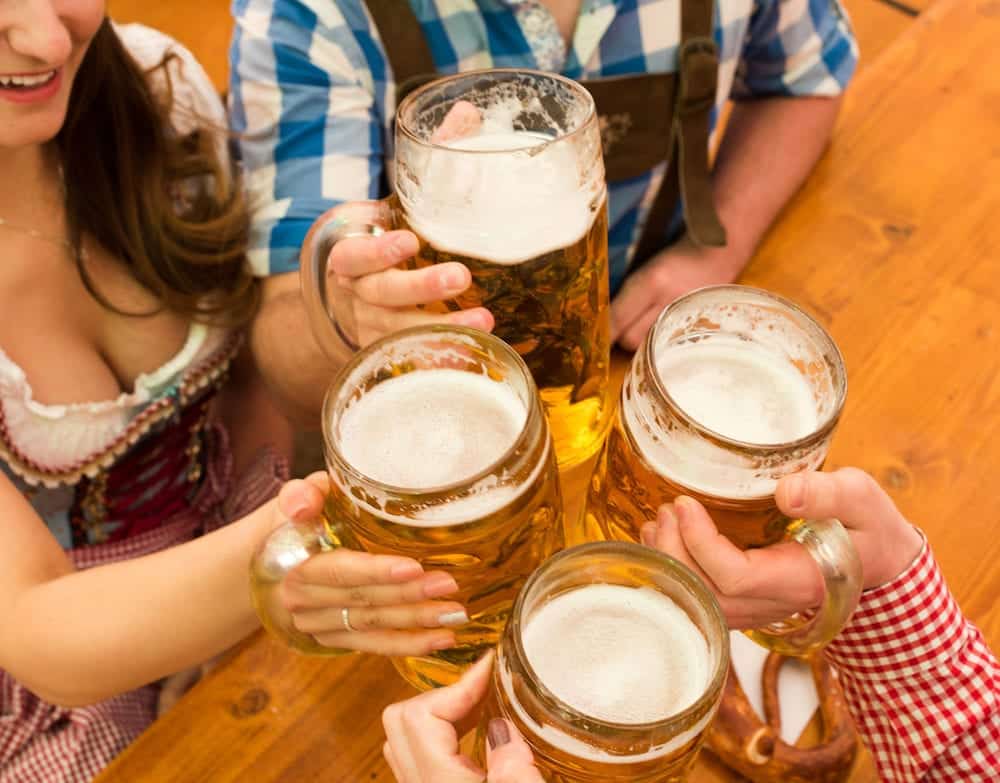 At the epicenter of Oktoberfest is Hofbrauhaus, a beer hall and Bavarian restaurant dating back to the 16th century. During Oktoberfest, the Hofbrau tent is the largest of all, holding nearly 10,000 seats (in addition to 1,000 seats inside the beer hall!) You can bet it will be a festive atmosphere any time you visit Hofbrauhaus. In addition to the original in Munich, there are now over two dozen additional Hofbrauhaus locations throughout the world, in cities like Las Vegas, Chicago, Seoul and Dubai. 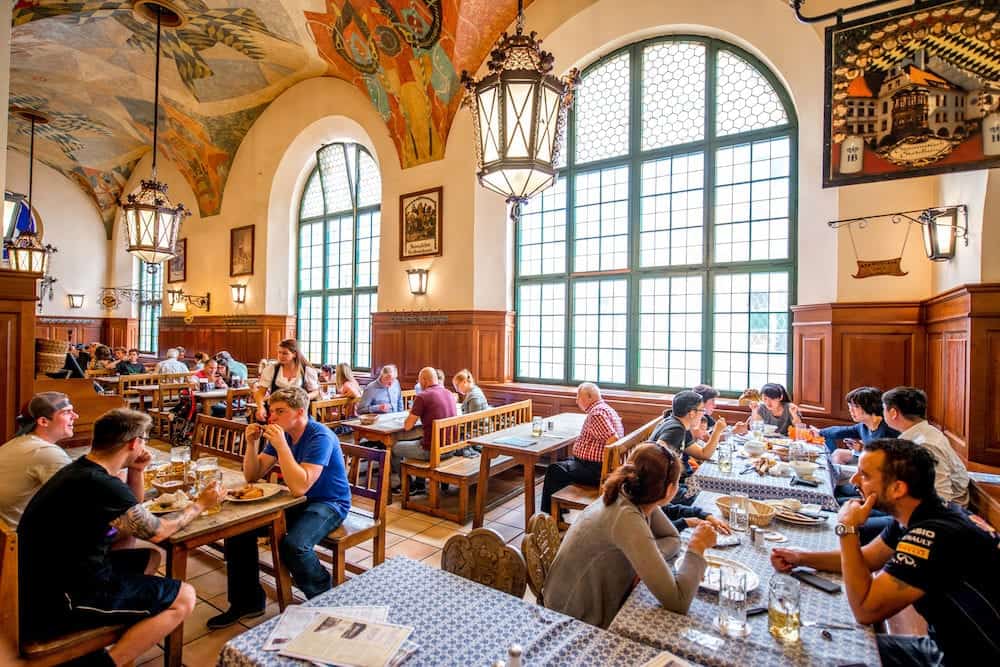 Marienplatz is the center square of Old Town Munich, and a hub for main attractions in the city. It has been Munich’s main square since 1158, so there is a lot of history among the cobbled streets surrounding the square. Here you’ll see the famous Glockenspiel, an extravagant clock with mechanized figures, including a cuckoo, that perform a dance up to 3 times a day, depending on the season. The Glockenspiel sits in a tower of the Town Hall building, a striking Gothic structure that also houses city administration offices. 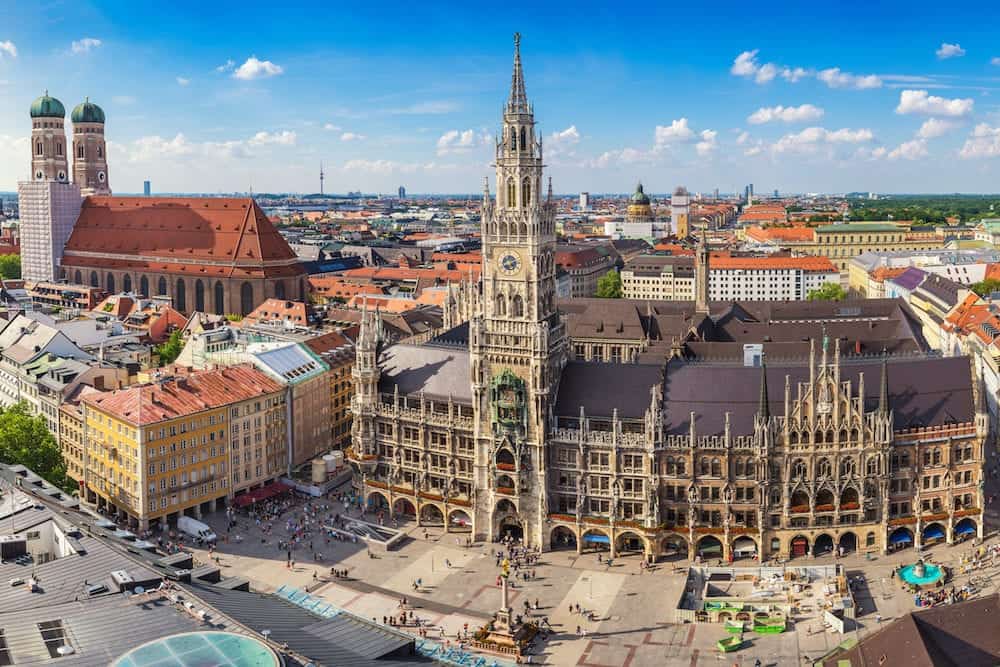 The Viktualienmarkt is a food market and square in the center of Munich. It opened in 1807 and was originally a farmer’s market which has evolved into a gourmet food market. You can now find over 140 stalls offering fruit, cheese, flowers, meat and much more. There is also a beer garden here that seats around 600, so you can buy food from the market stalls and enjoy a beer with your meal. In the winter, you can also buy warm gluhwein if it’s too cold for beer!

Munich’s English Garden is Europe’s largest urban park. Here you can find beer gardens, sunbathers (it is popular for nude sunbathing) and over 40 miles of wooded paths. In the center of the park is Kleinhesseloher See, a lake where you can rent paddle boats for a spin on the water. The Eisbach river also runs through the park and has a manmade wave where you can spot surfers on the river. Not many European cities can brag of urban river surfing! 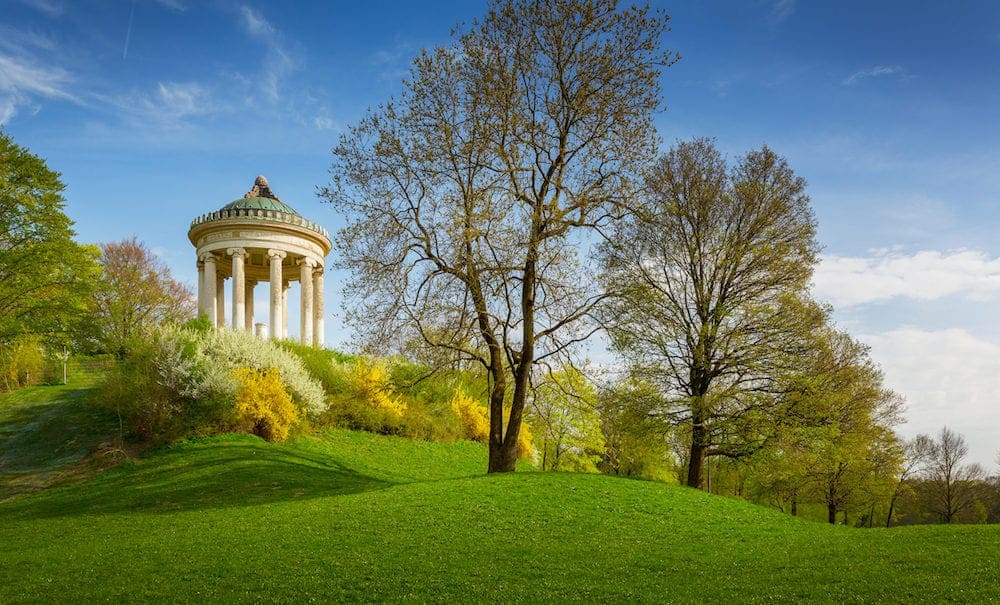 Along the bank of the river Isar, is the Hellabrun Zoo, which opened in 1911 and is the worlds first “geo-zoo,” which means the animals are grouped according to their origin, in exceptionally large enclosures. The zoo feels more like a nature preserve as the enclosures are designed to give visitors unobstructed views of the animals. While this format has become popular all over the world, it was pioneered here at Hellabrun Zoo. The zoo is quite large and can take the better part of a day to explore. Fortunately, it’s Munich, so you’ll find at least one beer garden within to regain your energy!

Church of our Lady (Frauenkirche)

Near Marienplatz, you’ll find Frauenkirche, a landmark on the Munich skyline that features two green copper domes fronting a large red-roofed cathedral. The church dates back to the 1400’s and has been replenished after sustaining heavy damage from WWII air strikes. The south tower is open to visitors and can be climbed for a commanding view of Munich’s Old Town and beyond, all the way to the Bavarian Alps.

Munich hosted the 1972 Summer Olympics and the surrounding park can still be visited today. The main stadium, housing 80,000 spectators also hosts major football matches. The park itself serves as venue for cultural, social and religious events. The Olympia Park can be reached on the U-Bahn. 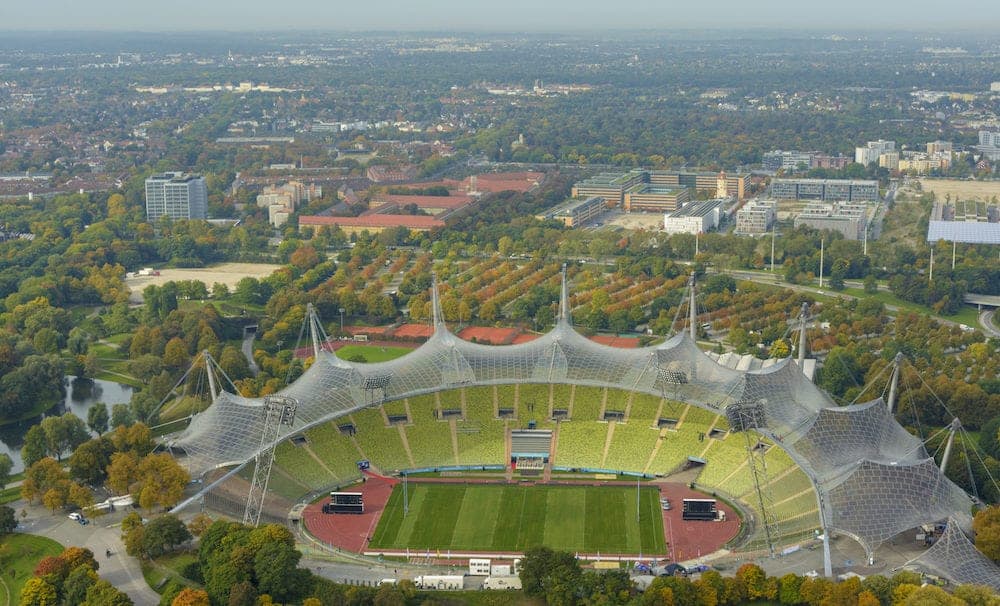 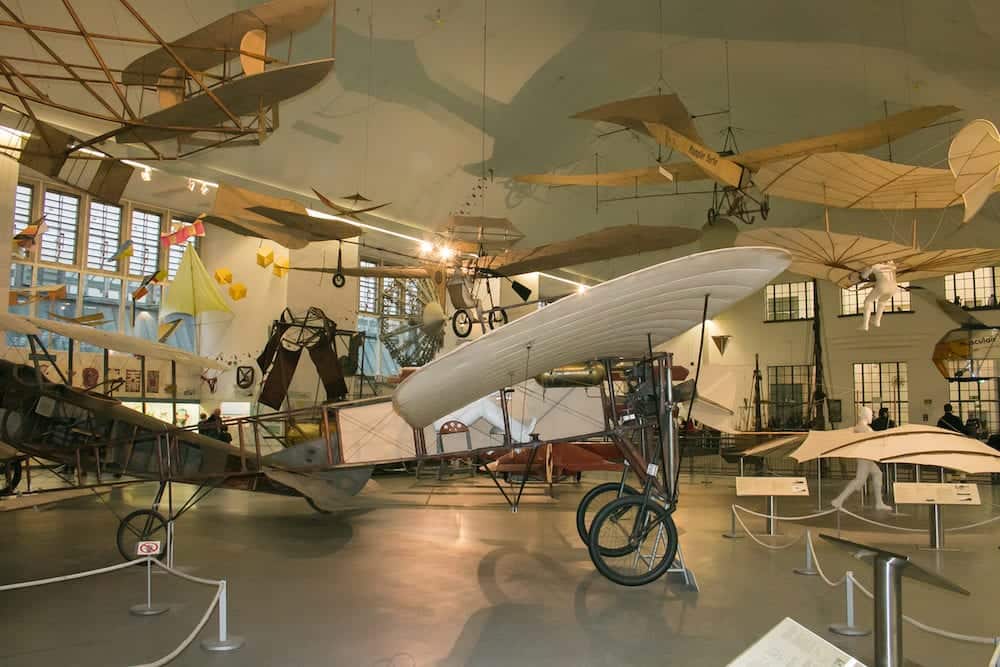 Alte Pinakothek, the Old Picture Gallery, is one of the oldest galleries in the world, and houses an impressive collection of Old Master paintings. The museum building was commissioned in the 1830’s and with a very modern twist, soon became a model for museum buildings all over Europe. Inside, you’ll find works by Rubens, Rembrandt, Raphael and many others. Additional art museums in Munich include the Neue Pinakothek, featuring paintings from the 19th century, and Pinakothek der Moderne, the modern art museum housing artwork from the 20th century. 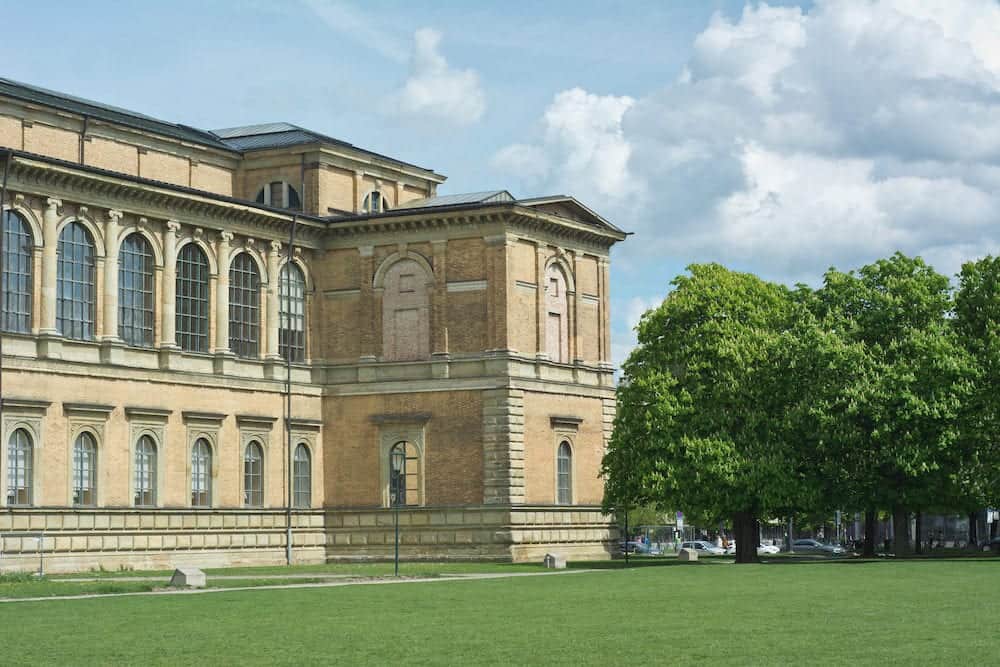 Commissioned by King Ludwig I in 1830 to house his collection of Greek and Roman sculptures, this is Munich’s oldest public museum. The building itself is a grand Neoclassical structure and one of many that led to the eventual bankruptcy of the state of Bavaria by the Ludwig Dynasty. You will only find sculptures here, so consider if you are a connoisseur of sculpture before planning your visit. 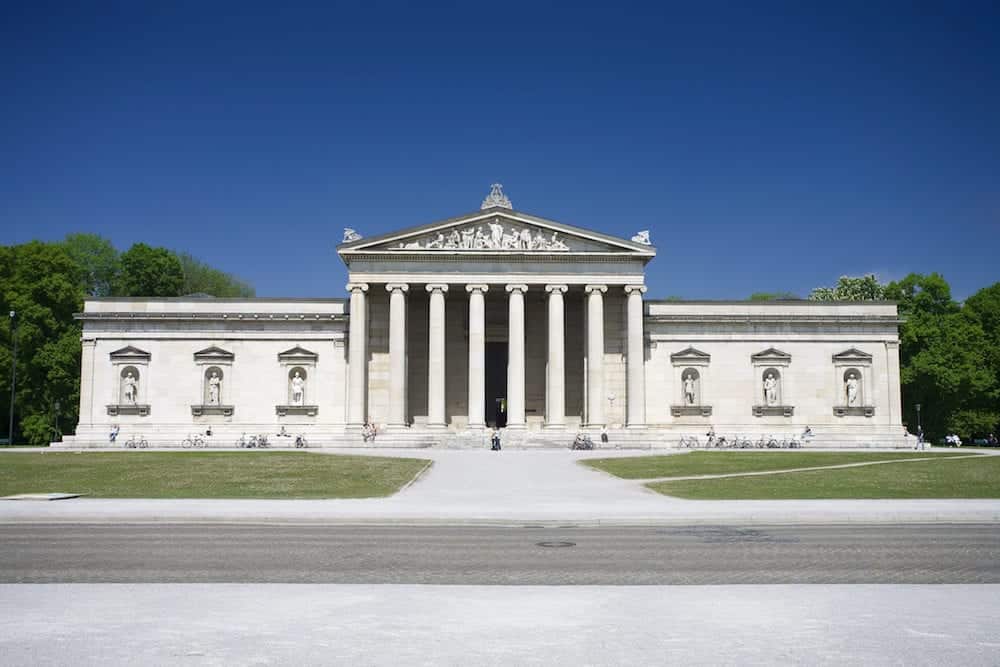 One of the more modern museums in Munich, the Jewish Museum Munich opened in 2007 and is devoted to Jewish history, art and culture and is located in Jewish Center at Sankt-Jakobs-Platz. 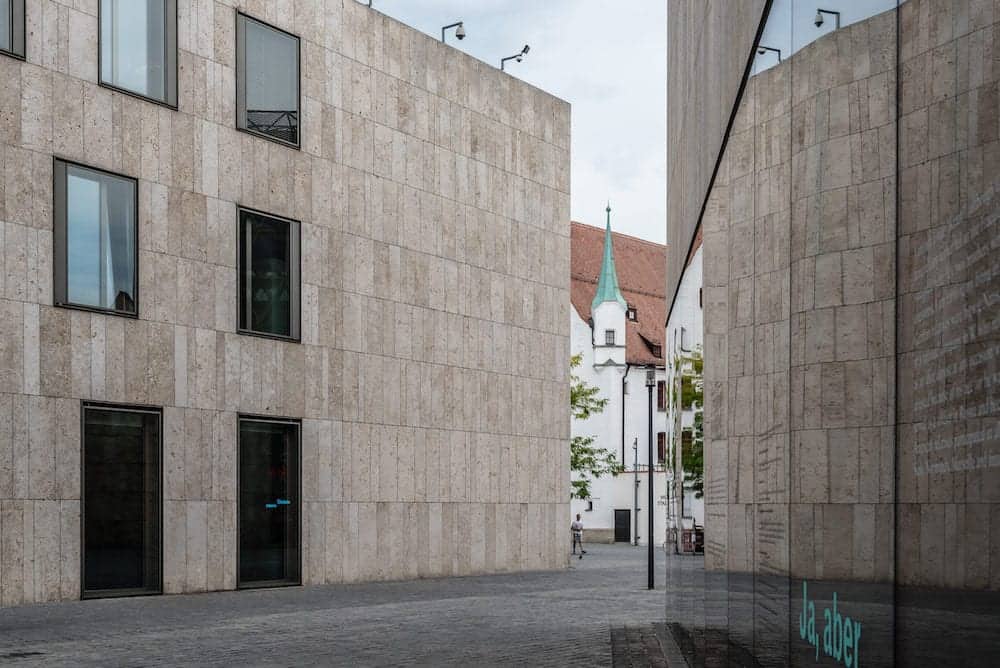 BMW fans already know that Munich is home to the world headquarters of the Bavarian Motor Works automobile company. In fact, taking delivery of a BMW in Germany, then road-tripping around before shipping to your home country, is a surprisingly popular option! BMW World is located at the BMW World Headquarters, and is an exhibition center used for meetings and promotional events. This is also where you can take delivery of your BMW vehicle. BMW Museum is a separate attraction from BMW World. The Museum is located near the Olympia Park and showcases the history of the BMW brand. It is the third highest visited museum in Munich. 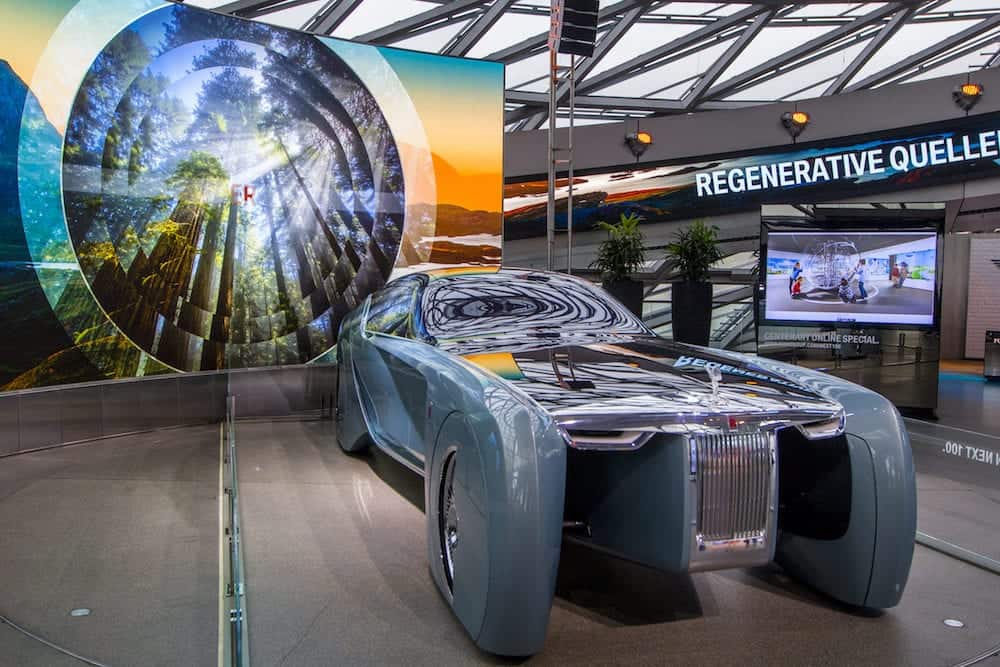 The Munich Royal Palace or Munich Residenz, is the former home of the Wittelsbach monarchs of Bavaria, one of the oldest royal families in Germany. The Renaissance-style palace dates back to the 1300’s and has been open to the public as a museum since 1920. The state rooms and art collections make this one of the largest museum complexes in Bavaria. 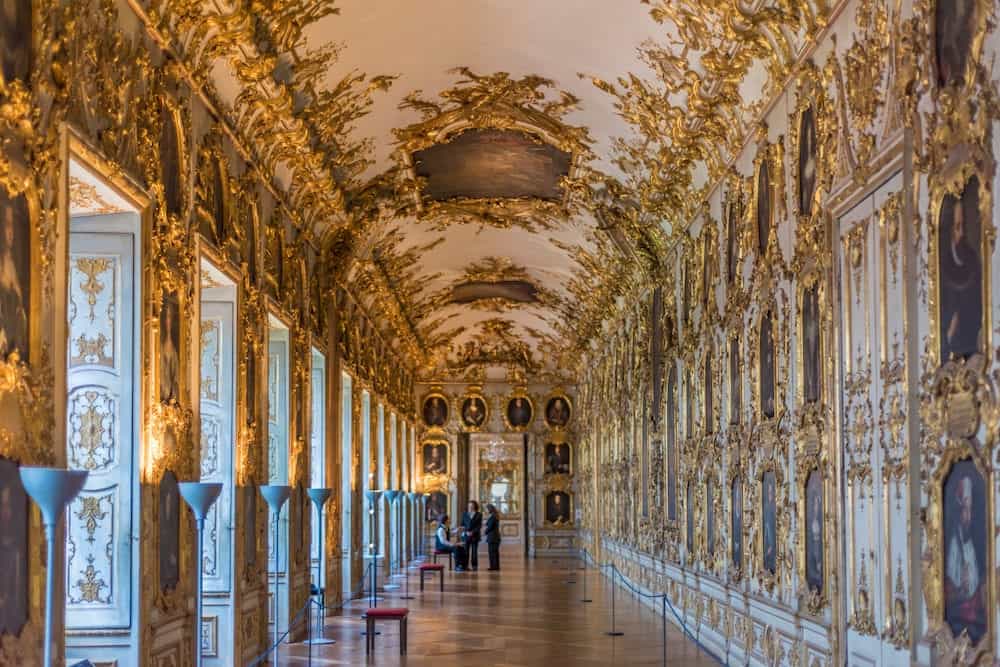 On the outskirts of Munich lies Nymphenberg Palace, this palace served as the summer palace of the Bavarian royal family, dating back to the late 1600’s. An apartment within the palace is still occupied by Franz Duke of Bavaria. The rest of the palace is open to the public for tours, and both railway systems (S-Bahn and U-Bahn) have stops at “Scloss Nymphenberg.”

Another icon of Germany, Neuschwanstein Castle is a very popular day trip from Munich. The fairytale castle (some say it’s the inspiration for Walt Disney World’s Magic Kingdom) was commissioned by King Ludwig II in 1868. He died before it was completed, so it has always been open as a public attraction. The Castle is just over two hours from Munich and is best reached on a tour from Munich, however you can also take the train and purchase tickets to the castle in the village of Hohenschwangau, where the castle is located. 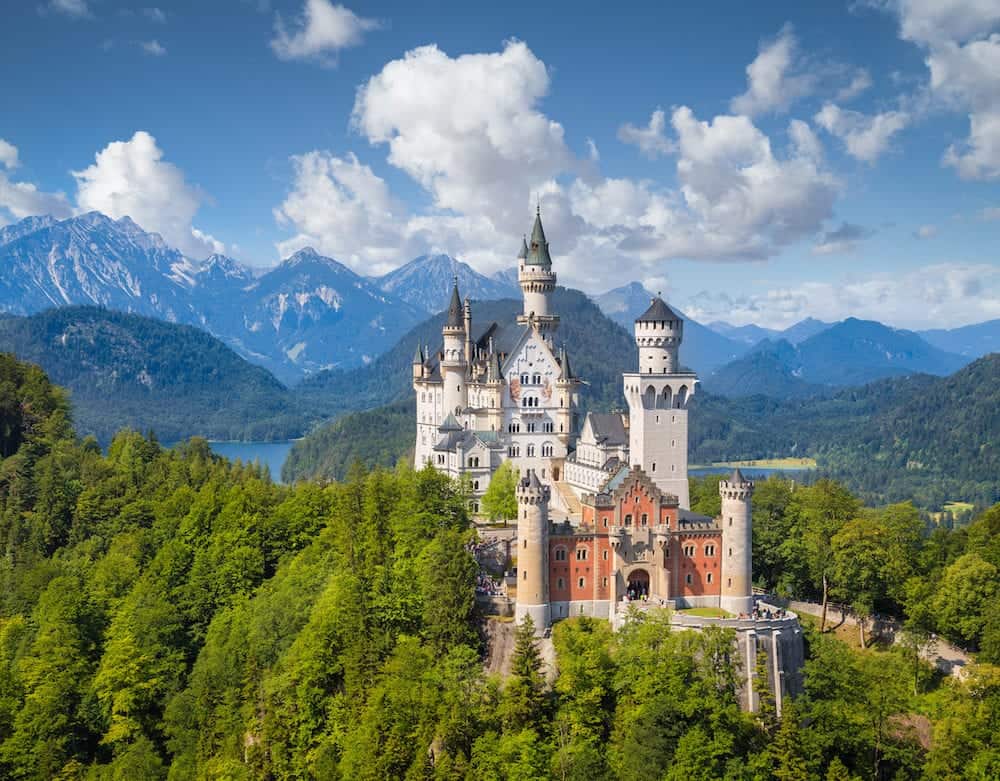 Another beautiful castle in Bavaria is Linderhof Palace, just 100 km from Munich. This is the smallest of three castles commissioned by King Ludwig II, and is the only one he actually occupied as a residence. This castle sits at the end of a reflecting pool, sporting a gilded statue in the center, which makes for a very photogenic residence! Visitors to Munich can drive, join a bus tour or take public transportation (train + bus) to Linderhof Castle. A variety of ticket options are available to tour the palace, the Royal Lodge and the magnificent gardens surrounding the palace. 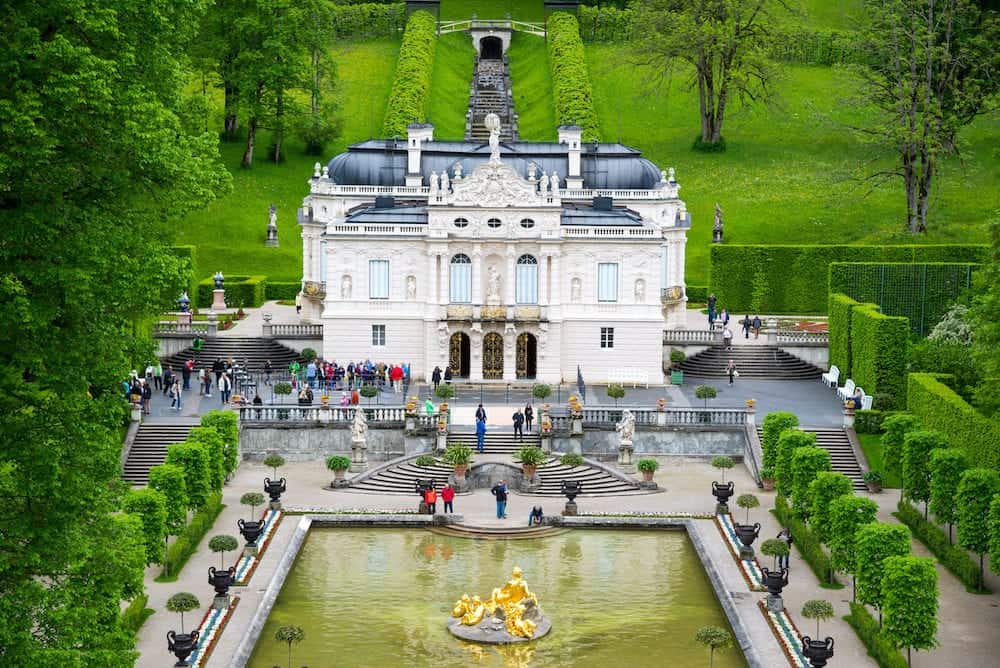 30 km outside of Munich sits the site of Dachau Concentration Camp, the first Nazi concentration camp opening in Germany, in 1933. Originally an abandoned munitions factory, it was then used to hold political prisoners but eventually evolved into the death camp where over 40,000 Jews were killed. It is now a Memorial Site and can be visited on a guided tour, or using an audio tour. Dachau can be reached by the S-Bahn train system from Munich, then transferring to a local bus. 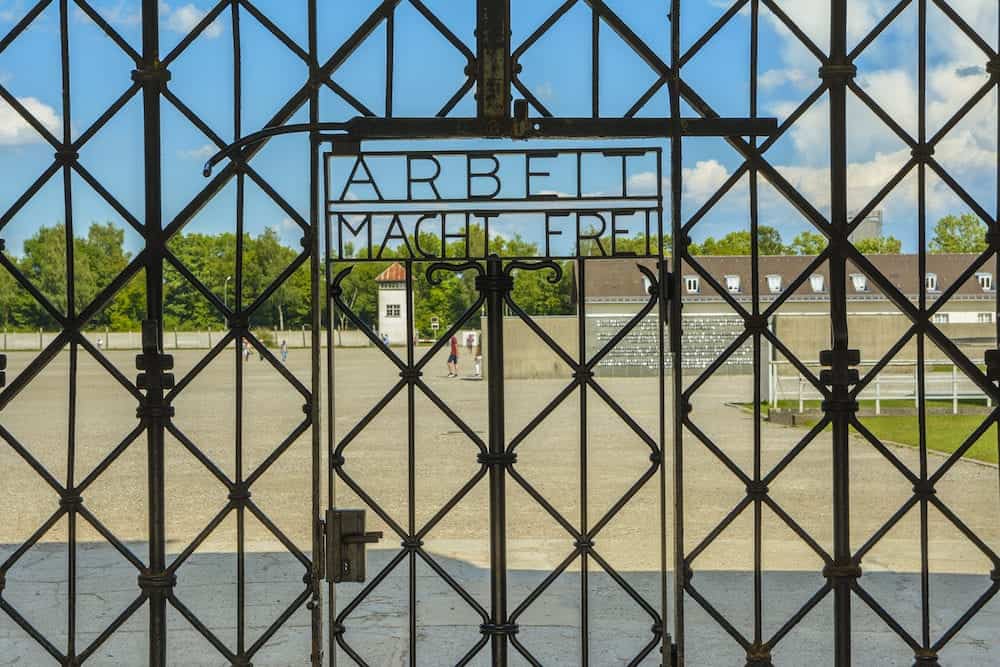 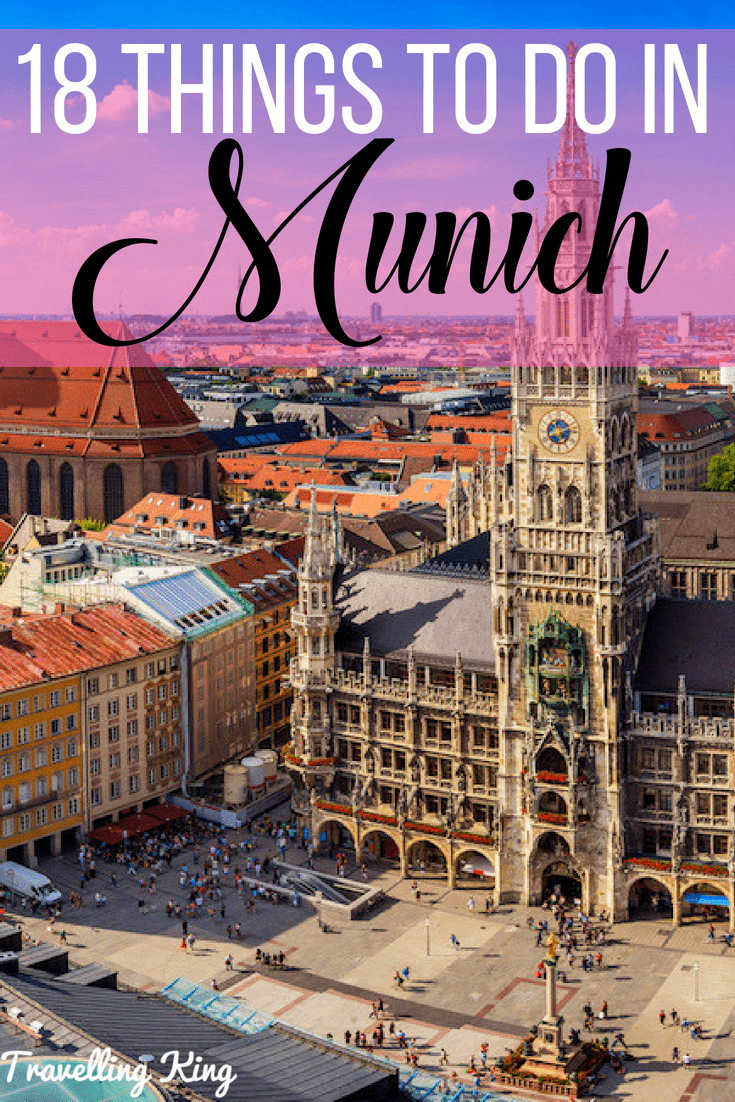 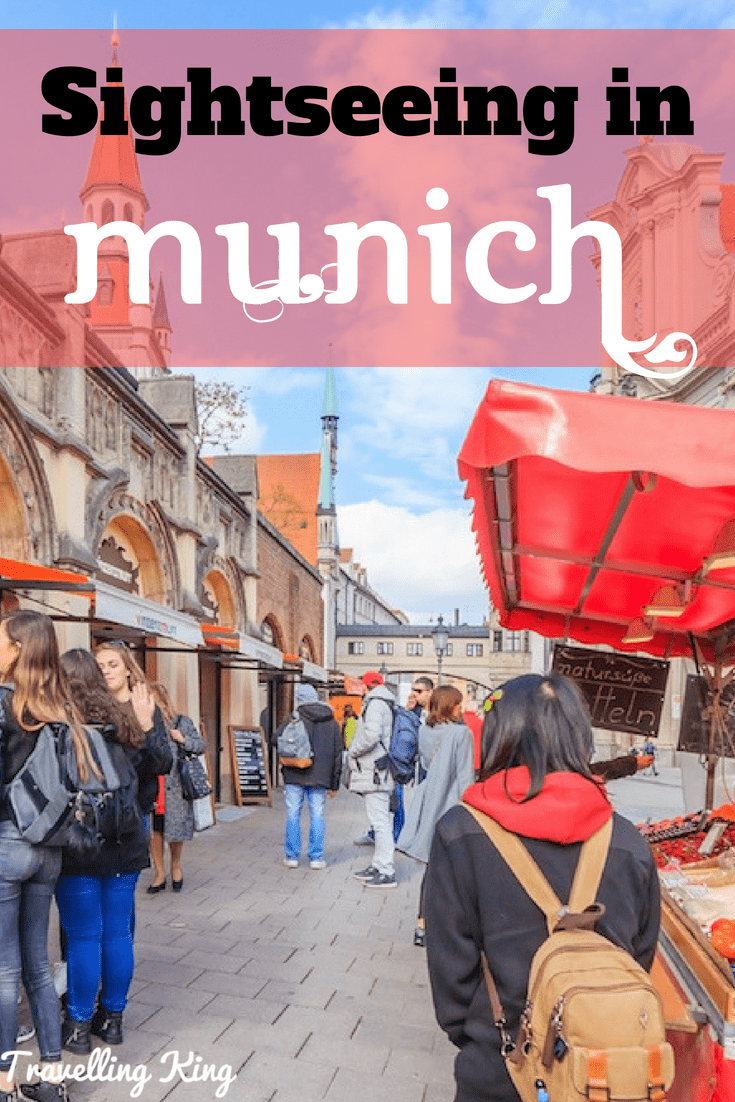 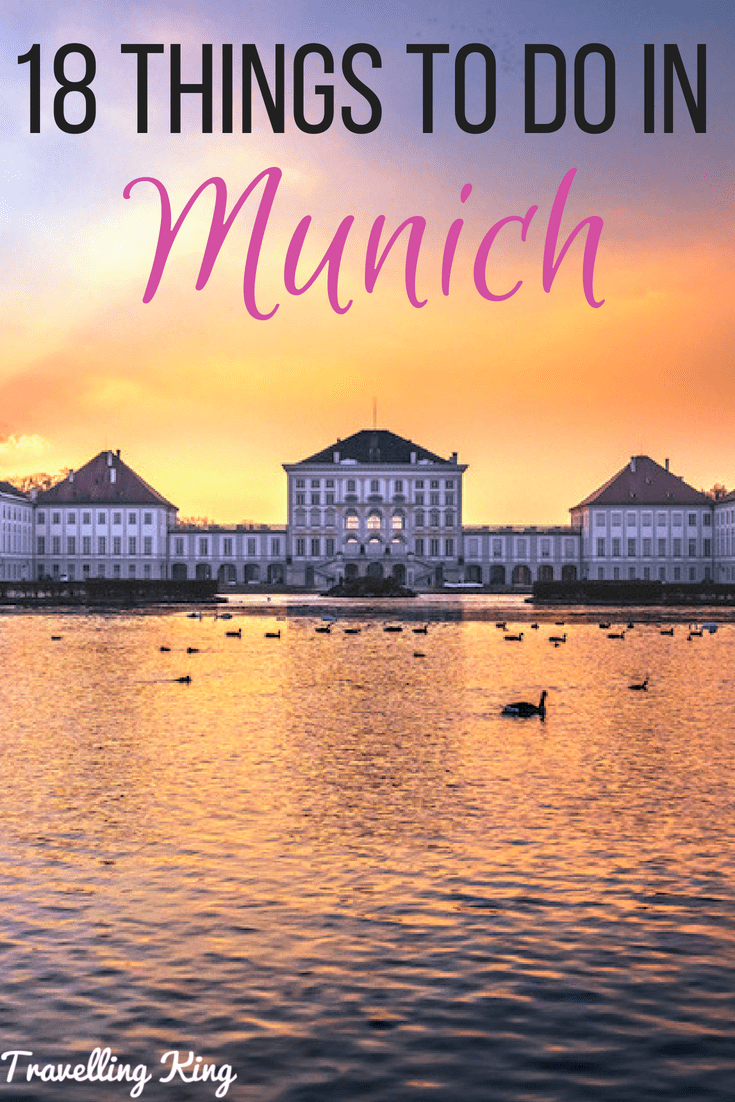 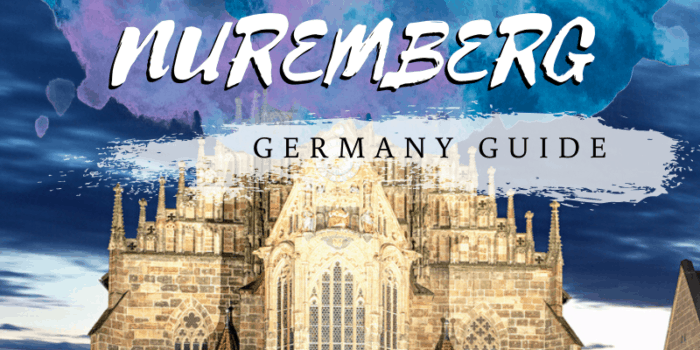 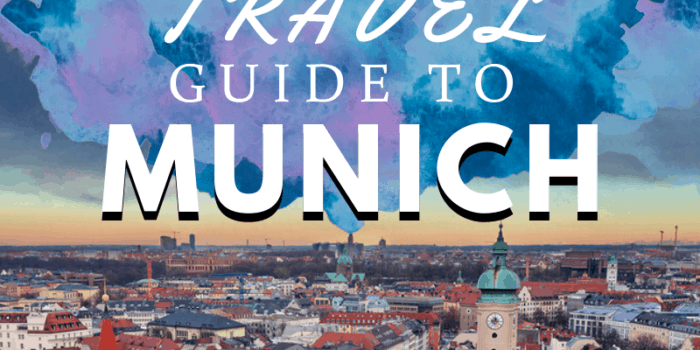 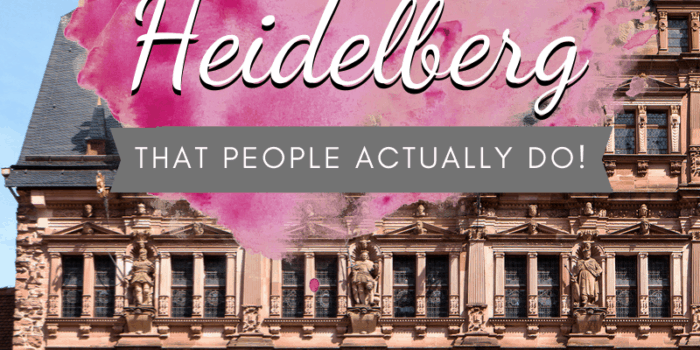 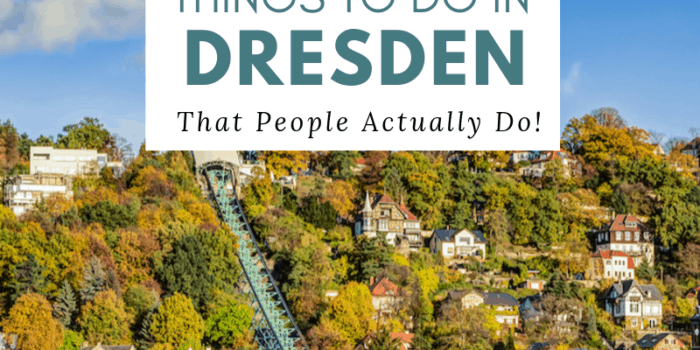 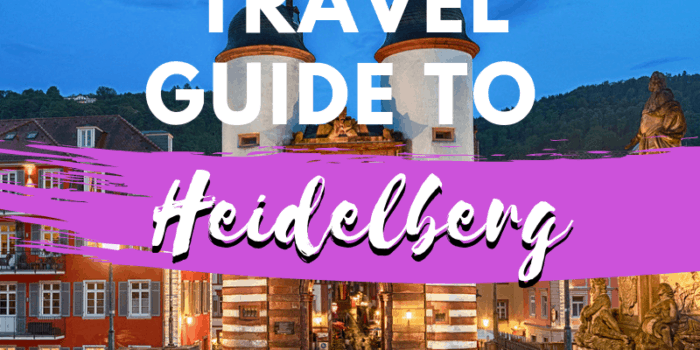