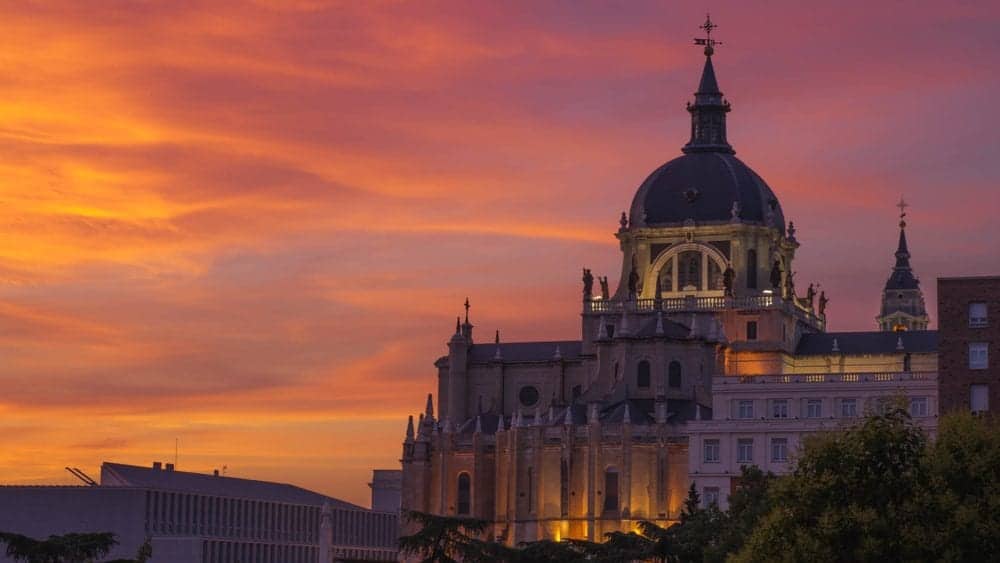 Madrid is Spain’s central capital, renowned for art and culture. The city is lined with elegant boulevards and manicured parks, despite being the 4th largest city in the EU. The energy in Madrid is contagious, which is good because you’ll need to adjust to 10pm dinners and late afternoon siestas! Madrid has something for every kind of tourist, and enough activities to keep you busy during your Madrid vacation!

Looking for a particular destination, see below otherwise you can go to Spain Travel Guide to view current posts

Buen Retiro Park is the green lungs of Madrid, one of the largest parks in the city. Originally set aside as a retreat for the royal family, the park belonged to the Spanish monarchy until the late 1900’s. Today, it is a public park enjoyed by all. Inside the park is a man-made lake, with boat rentals, Casita del Pascador, a dollhouse-like monument set in an island on a small pond, peacock gardens, a rose garden, many statues, and the Crystal Palace. The building is made entirely of glass and intricate ironwork. Originally erected as a greenhouse, today the building is part of the Queen Sofia Arts Center, and houses temporary art exhibits. 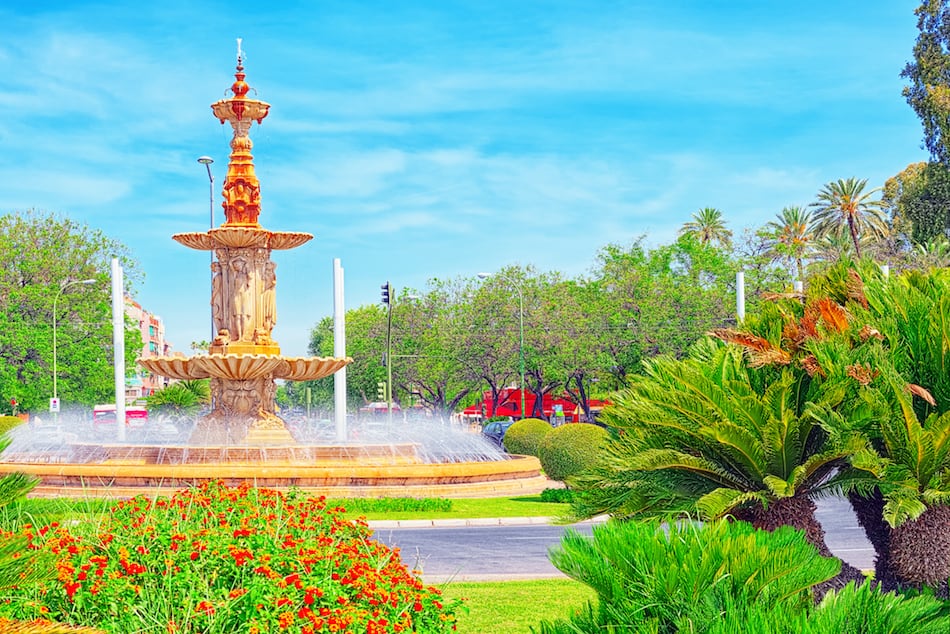 Casa de Campo, translates as Country House, as it was once the hunting grounds for the Royal families. It is now the largest park in Madrid. There are walking and cycling paths, tennis courts, a swimming pool as well as a zoo/aquarium and amusement park. A fun way to arrive at Casa de Campo is to take the Teleferico, a cable car connecting areas of the park.  Casa de Campo is adjacent to Parque del Oeste, another lively green space in Madrid. 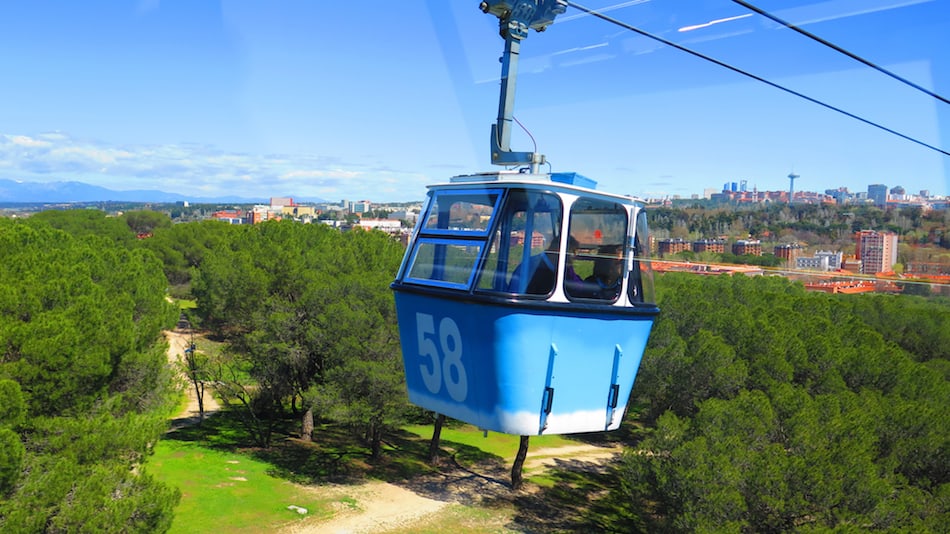 One of the main plazas in Madrid, Plaza Mayor was built during Philip III’s reign in 1617. Typical of European grand central squares, this open space is surrounded by historic architecture and now offers cafes, restaurants, pubs and people watching. In the center of the square is a bronze statue of King Philip. You might also catch special events here such as Christmas markets, music festivals or exhibits. 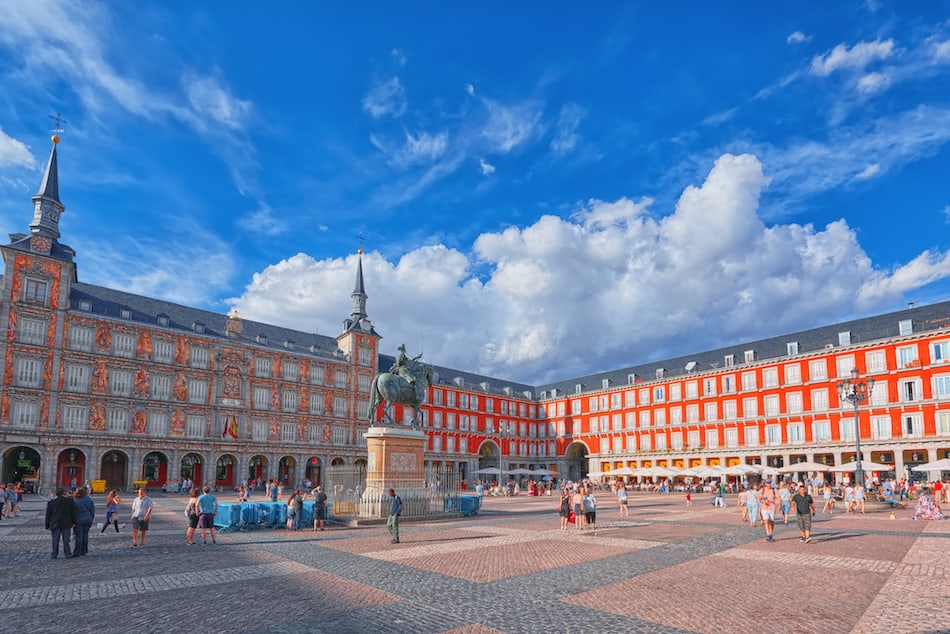 Just a few blocks away from Plaza Mayor is Puerta del Sol, or “Gate of the Sun.” The Puerta was orignally a gate to the walled city of Madrid in the 15th century, but has evolved into one of the busiest spots in Madrid. The famous “El Oso y  El Madrono” statue is here, depicting a bear eating fruit from a tree. Six main roads in Spain originate here, and there is a stone slab indicating “Kilometer Zero.” The clock in Puerta del Sol is also famous as it marks the New Year to waiting crowds, similar to the ball dropping in New York’s Times Square. 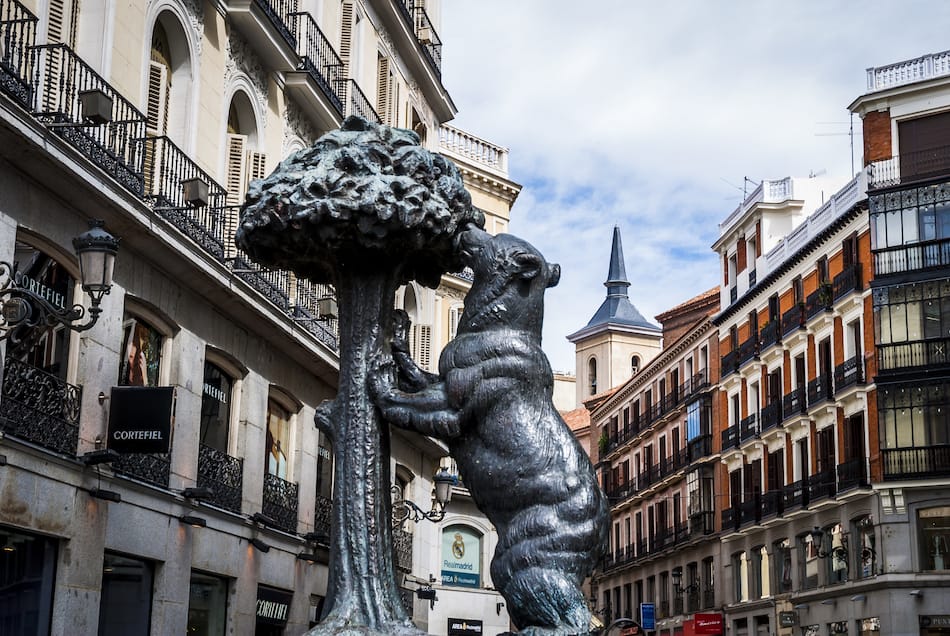 This Madrid square contains an impressive collection of neo-classical marble fountains, statues and sculptures, and the home of ornate Cybele Palace, which is today the City Hall of Madrid. The central fountain depicts Cybele, a Phrygian goddess on a float pulled by two majestic lions. 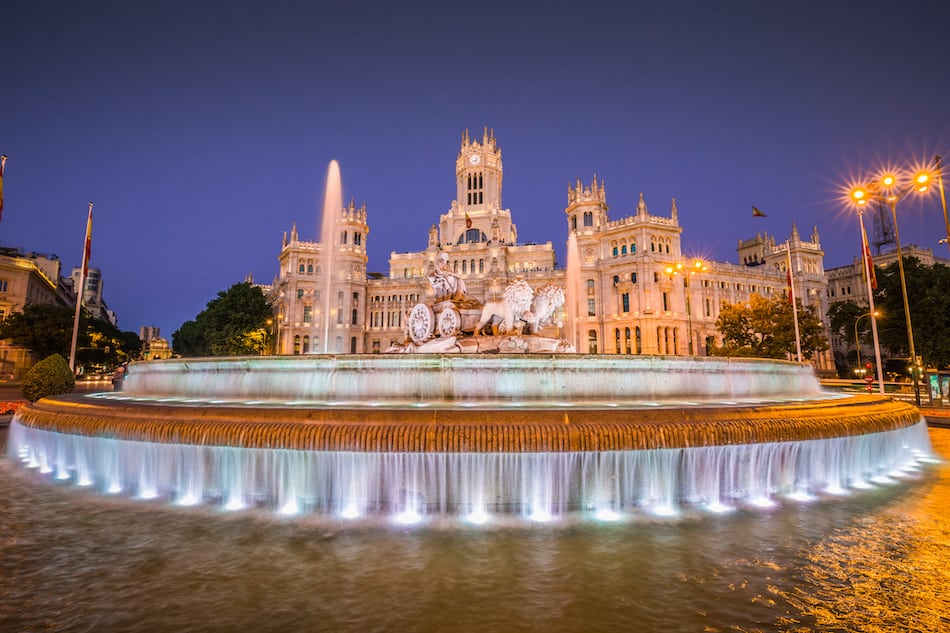 The Royal Palace of Madrid was once home to the Spanish Royal Family, and while it is still the official residence, it is used only for state ceremonies, while the Royal Family lives in a more modest palace on the outskirts of Madrid. The Palace is open to the public, with the purchase of an entrance ticket, but may be closed on certain days due to holidays or the aforementioned state ceremonies. Just behind the Royal Palace is Campo del Moro, an English garden stretching to the Manzanares River Valley. The park has sculpted gardens, ornamental pools, a grand fountain and walking paths. 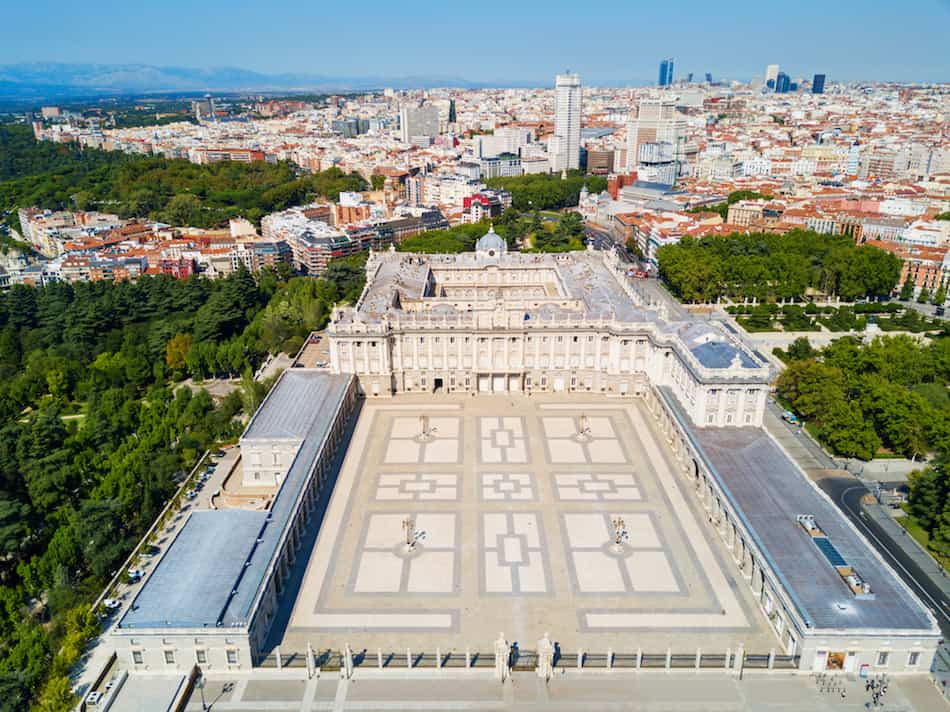 The Spanish national art museum is considered to have one of the most extensive European art collections in the world. Established from the Spanish Royal Collection and later acquiring many notable paintings from Spanish monasteries, the Prado houses a huge collection of Spanish painting, as well as Italian and Flemish art. You’ll find works by Bosch, Rubens, Rembrandt and Greco-Roman statues as well. 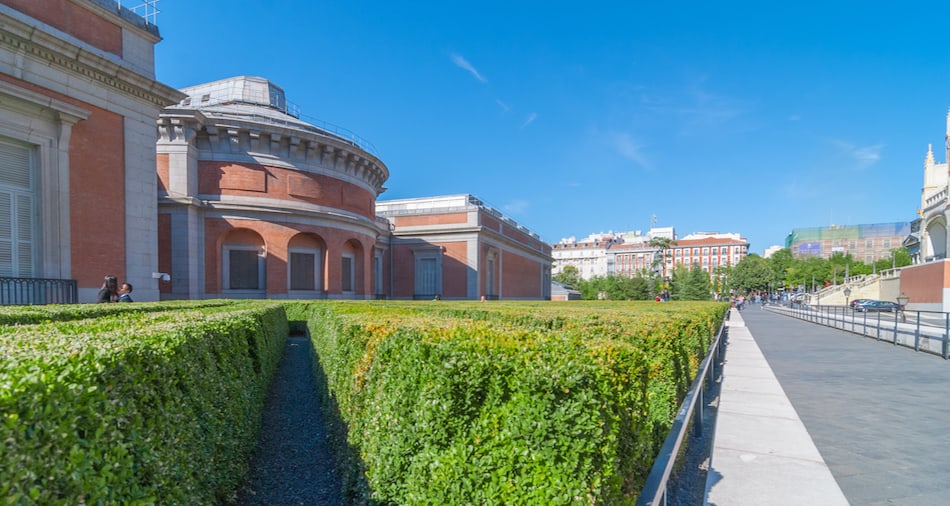 For more modern art, post-19th century, you will need to head a few minutes down the road to the Queen Sofia Arts Center, Spain’s national museum of 20th century art. There are several pieces from Salvador Dali and Joan Miro, but the most famous work here is Picasso’s Guernica, depicting the tragedies of war during the Nazi reign. The sculpture garden is also a must-see when you visit Museo Reina Sofia.

Rounding out the trifecta of Madrid art museums is Thyssen-Bornemisza Museum. The collection, which includes primitive works from English, German and Dutch schools, as well as Expressionist and Impressionist paintings from the 20th century, resulting in an eclectic collection that spans eight centuries of European paintings, unlike the Prado and Sofia, which stick to one period each. This collection originated in the 1920’s as a private collection belonging to the museum’s namesake, Baron Thyssen-Bornemisza, and was originally housed in Lugano, Italy. Here you can see works by Cezanne, Rubens and Van Gogh, among others.

Once you’ve had your fill of art, head over to the National Archaeological Museum of Spain. Newly reopened after a six-year remodeling project, NAM houses one of the world’s most important antique collections and Mediterranean art from prehistory to the 19th century. This museum is located next to Columbus Square and shares a building with the National Library.

Gran Via is the main thoroughfare running through Madrid, containing upscale shopping as well as a lively nightlife scene. Known as the Spanish broadway, this is the destination if you want to see live performances of anything from a Lion King production to flamenco tablaos to stand-up comedy shows. Gran Via also offers plenty of dining options, from gourmet dining experiences to casual tapas bars. Gran Via is a popular place to head out for the evening, with rooftop terraces perfect for sipping cocktails until the wee hours of the morning. 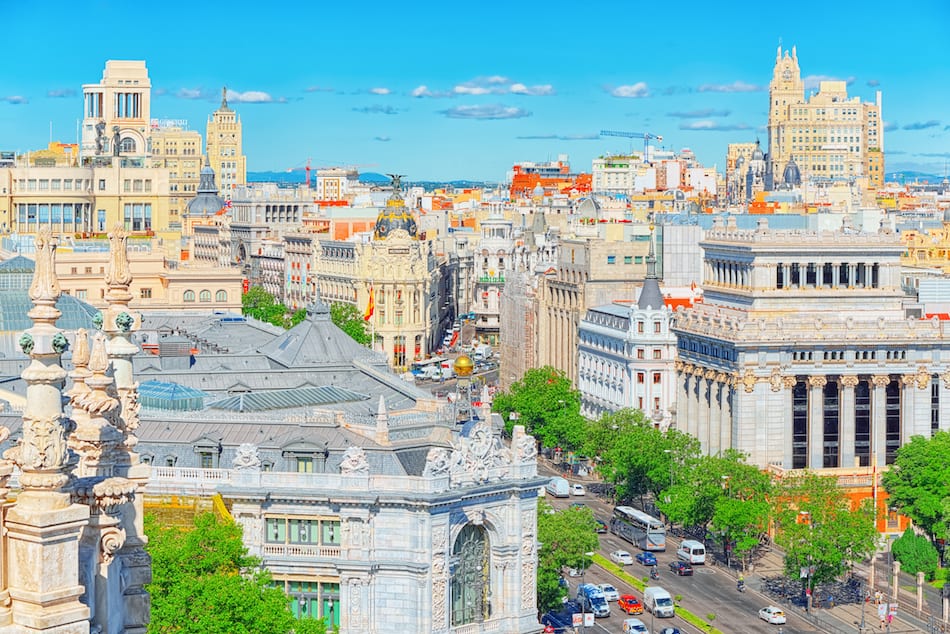 At the other end of the shopping spectrum from Gran Via, is El Rastro Market, an open air flea market held every Sunday. The market has been running for over 400 years and still draws tourists and locals alike, looking for everyday household items, quirky souvenirs or unique finds. It’s only open from 9am – 3pm, so keep this in mind when you are out late on Saturday night! 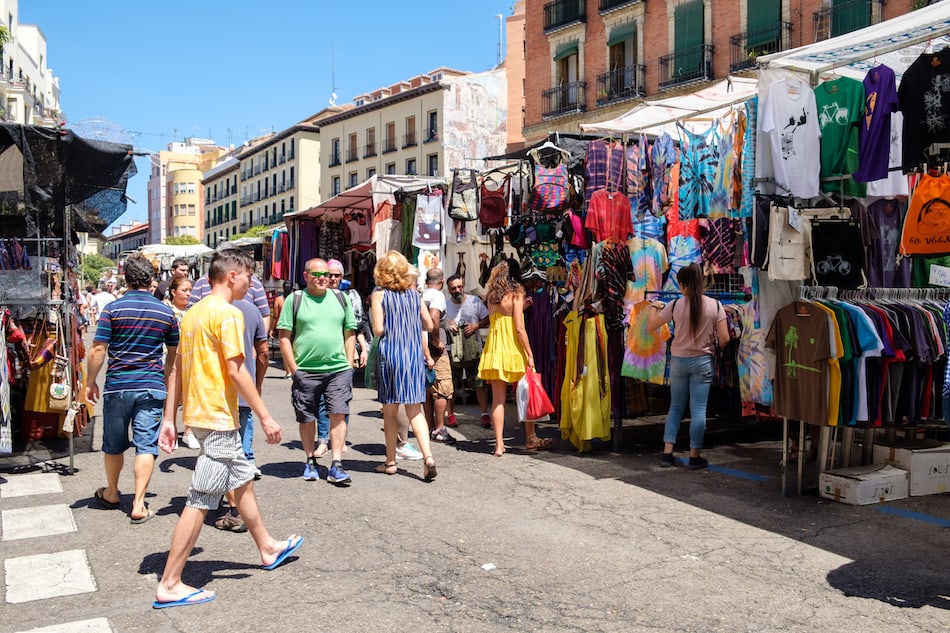 The Madrid Rio Park extends 6km along the Manazanares River, with walking trails, cycling trails, playgrounds, bridges and fountains. In 2008, a beach was added along the shores of the river, and much of the traffic in the area was rerouted through tunnels in order to create a peaceful space along the river. The river itself has rowing lanes and the area has plenty of cafes, restaurants and terraces to enjoy as well. 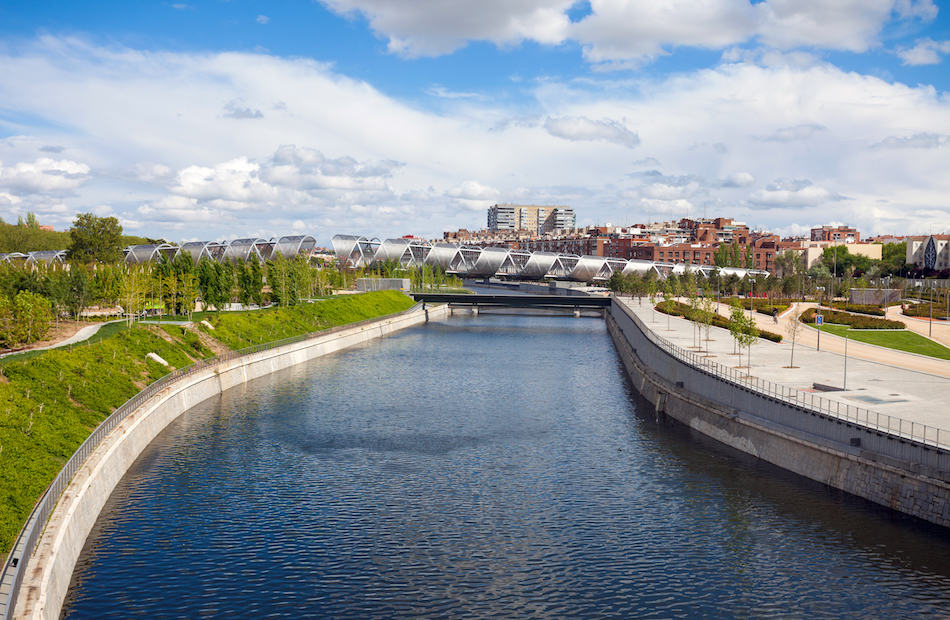 Sports fans will want to check out the stadium that has been home to Real Madrid football team since 1947. The stadium seats over 80,000 spectators, and is one of the world’s most famous football venues. It has hosted the European Cup several times and has hosted some big concerts such as U2 and Bruce Springsteen. Daily tours are given, and there is also a club museum on site that you can visit.

The Market of San Miguel is a beautifully renovated iron and glass building within walking distance of Plaza Mayor. There are over 30 vendors here, in what is best described as a gourmet tapas market, where shoppers can purchase tapas, baked goods, beer, wine and champagne.

Of course, the cuisine of Madrid is a major draw for visitors from all over the world. Tapas is the best known cuisine of Spain, originating as small plates served with wine so as not to drink on an empty stomach. Tapas can range from a simple fried potato, olives or nuts to croquettes, meatballs or the popular Russian salad. Another popular Spanish dish is Paella, a yellow rice dish, most often containing mussels and other shellfish. Calamari sandwiches are popular also and many travelers will recommend to you the churros at Chocolateria San Gines, where they are served with hot chocolate. A perfect end to a Spanish evening of tapas hopping. 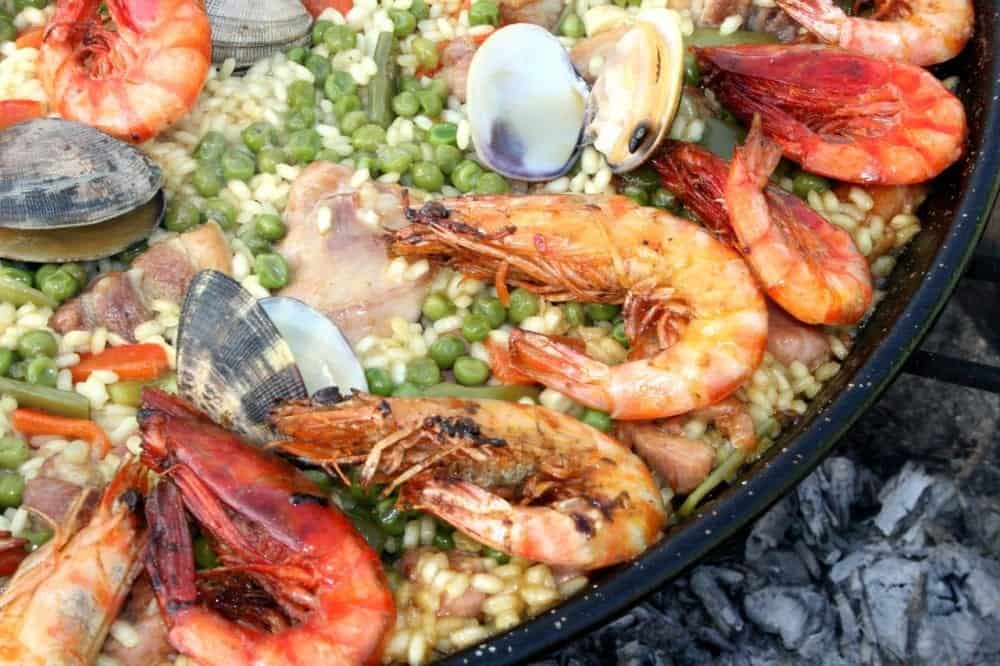 For a nice day trip from Madrid, consider a visit to the Royal Palace of La Granja de San Ildefonso, or La Granja. Just 80km north of Madrid, this 18th century palace was once the summer residence of the Spanish Royal families. The Palace is impeccably preserved, as are the extensive exterior gardens surrounding the palace. You can reach this area from Madrid by train, bus, or private tour. 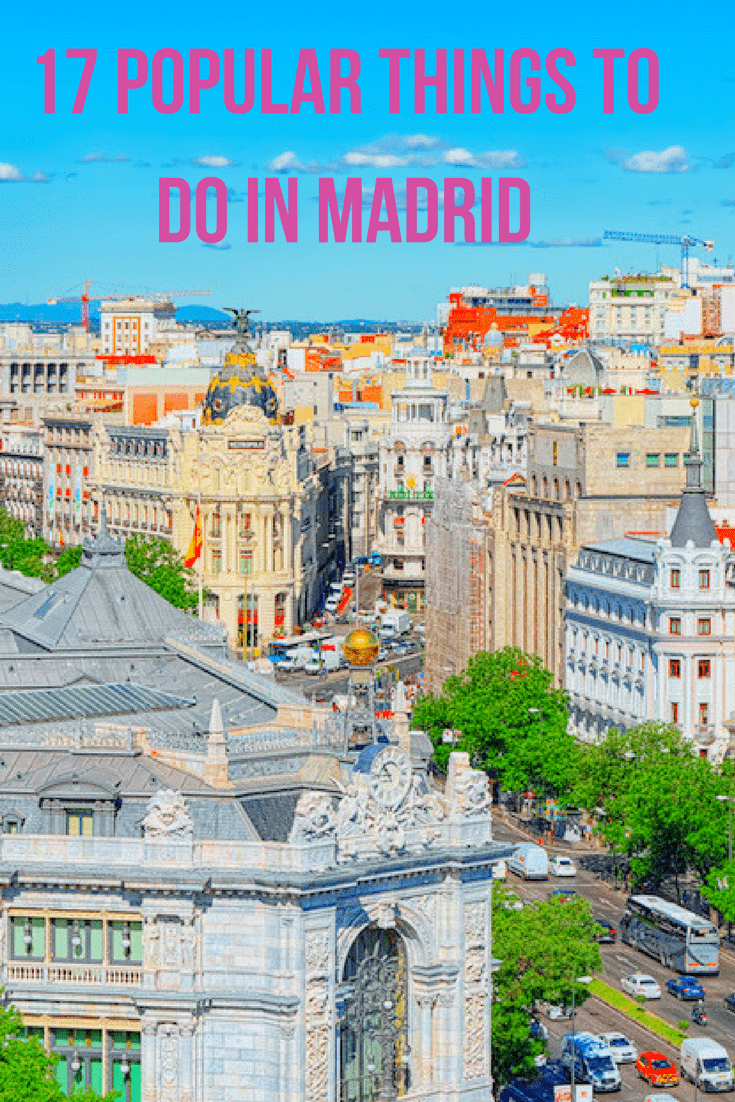 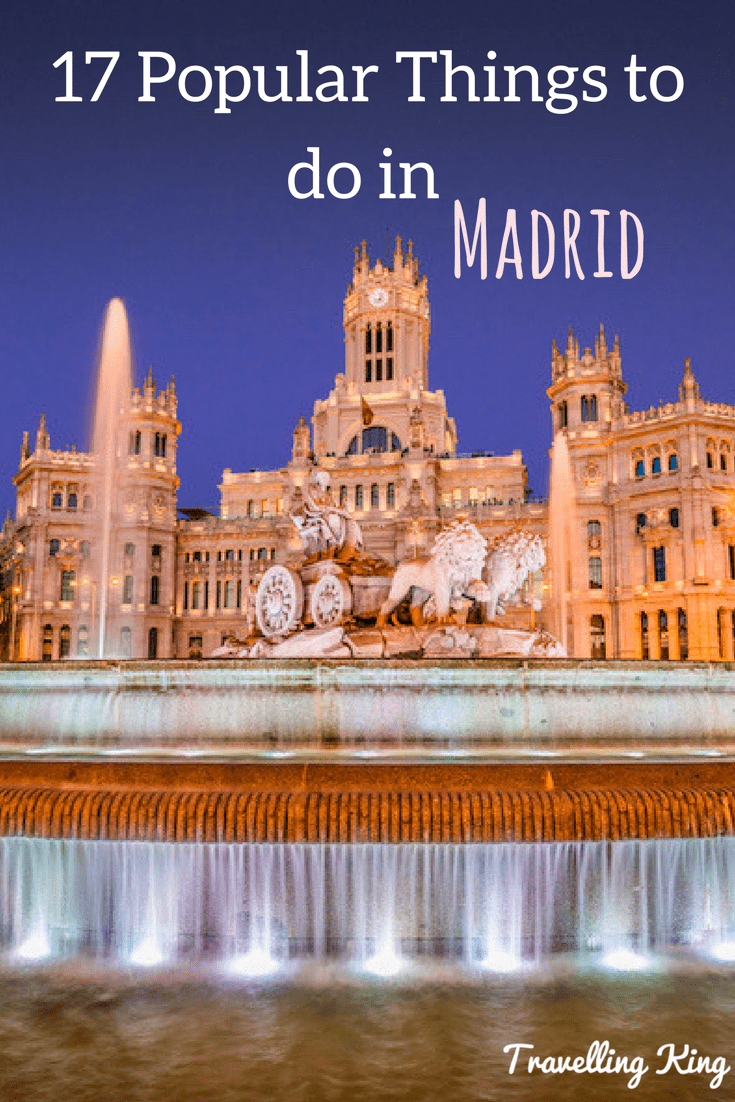 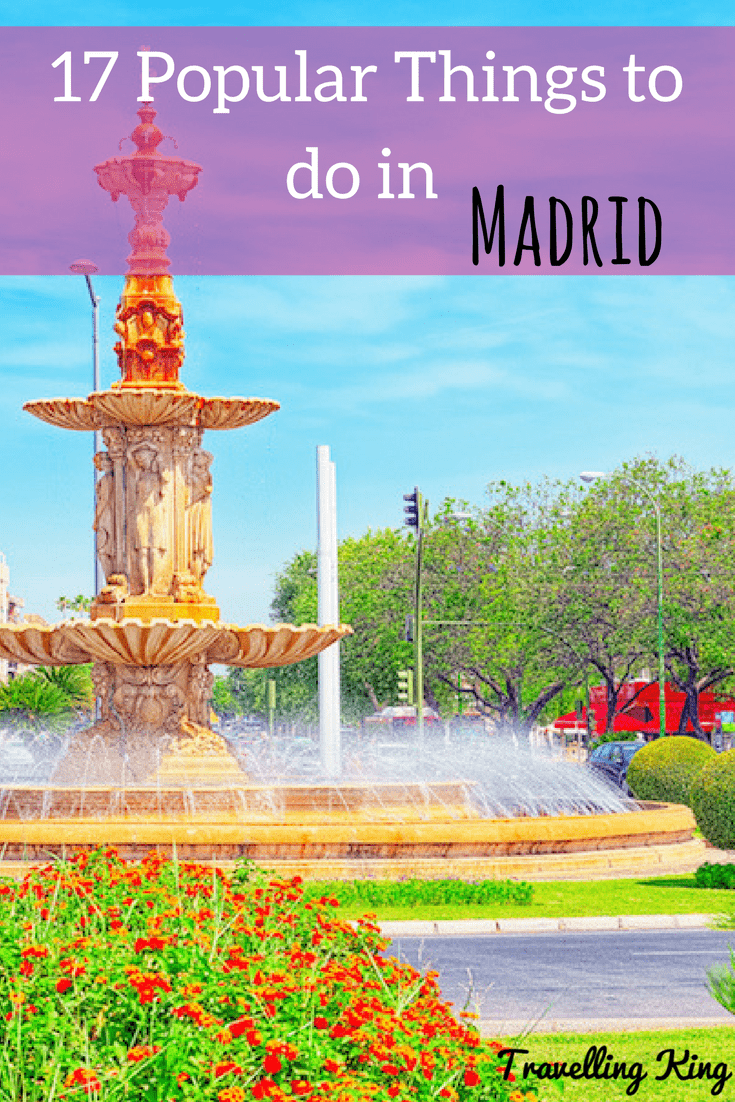 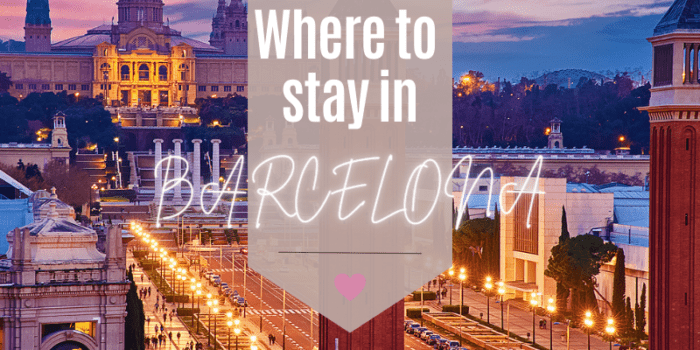 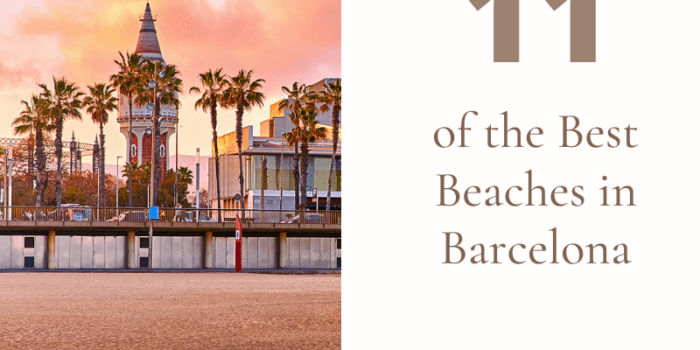 11 of the Best Beaches in Barcelona 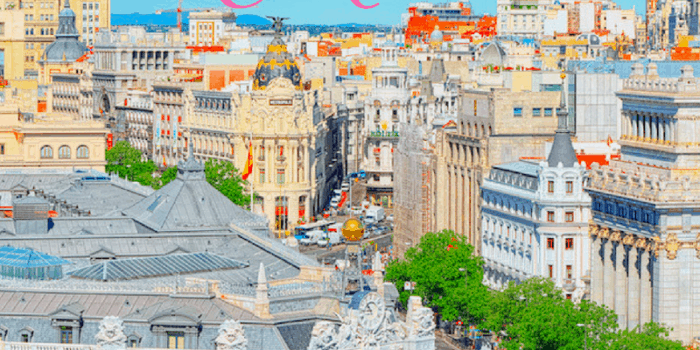 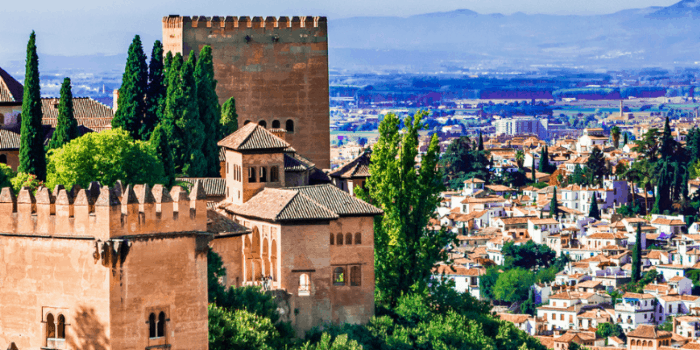 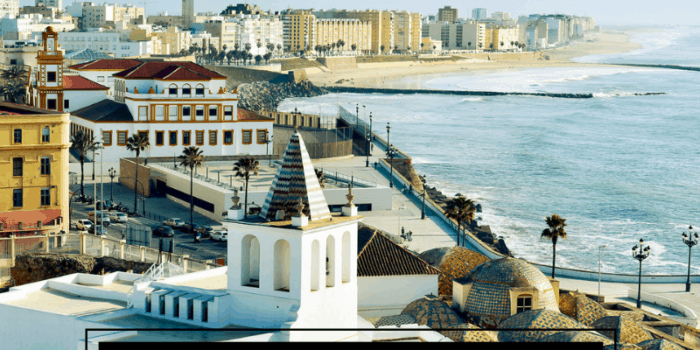 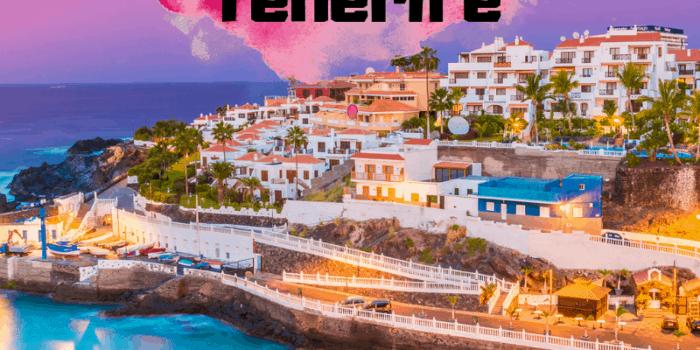 Where to stay in Tenerife