The crown jewel of Central Europe, Poland has the right combination of medieval and modern. Walking around a Polish city will take you back to your favourite fairy tale (or Game of Thrones) moment with its enchanting castles, market square and salt mine. Along the way you’ll find a modern European flair with its shopping areas and trendy nightclubs.

If you’re keen to see more of these, here are the top 15 things that you need to know about Poland:

Poland is a massive country.

With a population of 38 million and an enormous territory that’s bigger than UK and Italy, Poland is the ninth largest country in Europe. It’s easy to meet Poles who own a piece of land and spend most weekends overlooking farmlands and forests, which covers 90% of the country. 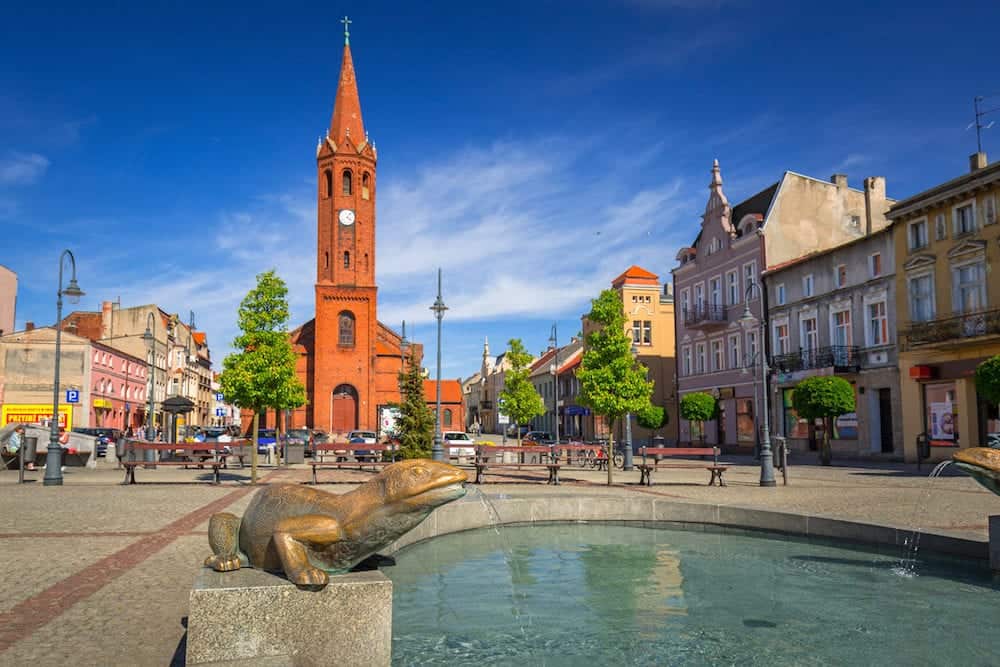 Save your euros for another European city.

While a member of the European Union, Poland does NOT use euro. Its national currency is zloty, pronounced “zwoty” and abbreviated as PLN or zl. Some places accept euros (a few hotels and restaurants) but to avoid inconvenience, find an ATM or a currency exchange.

English is a common language.

Most people – especially in the famous Polish cities – know how to speak English. (The language is widely taught in school.) Some people may pretend not to speak English though because they’re not too confident with their grammar or accent, but a little understanding and charm can go a long way.

Of course, it’s always better to learn some Polish words and expressions to help you get by and make local friends! This is especially helpful in the countryside or when speaking to older people.

Reading Polish is harder than speaking it.

The Polish language appears to have 90% consonants (vowels seem to be only an option). It could be tricky reading and pronouncing sz’s, cz’s, and dz’s alone, what more combining them into a long sentence like:

We kid you not, it’s an actual sentence. It’s a famous Polish tongue twister which means “Does a crab hold in its claws a piece of dock [the plant] or three pieces of reed?”

At least we don’t need to use them in everyday language!

What many travellers find useful is to learn how they’re pronounced, and just forget how they’re spelled altogether.

Milk bars (bar mleczny in Polish) are affordable cafeterias found all over Poland. It’s their version of a fast food, patronized by the locals. What’s not to love about hearty homemade eats that don’t break the bank? You may not be familiar with many of them but sink your teeth into them anyway (pun intended) to explore the local flavour. 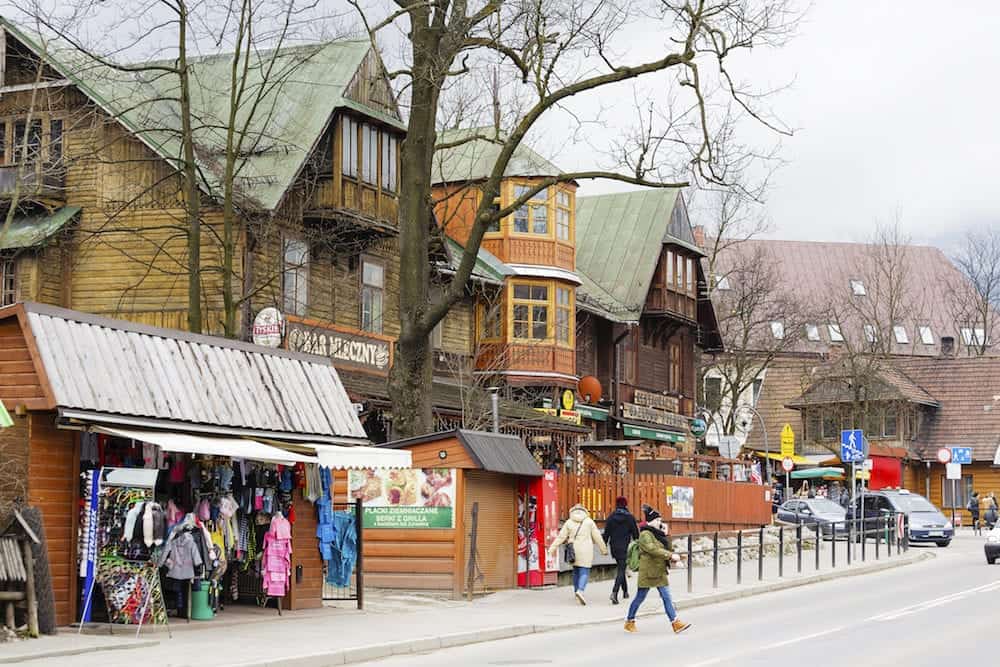 Polish dumplings are yummy, just like many other Polish food.

Pierogi – the polish dumplings – is perhaps the most popular delicacy. There are many types of pierogis so don’t leave without having to try some of it.

There are many others to try too! Make sure you eat some borscht, żurek, bigos, placki ziemniaczane, kotlet de volaille, mizeria, kopytka, gołąbki, and zapiekanka. 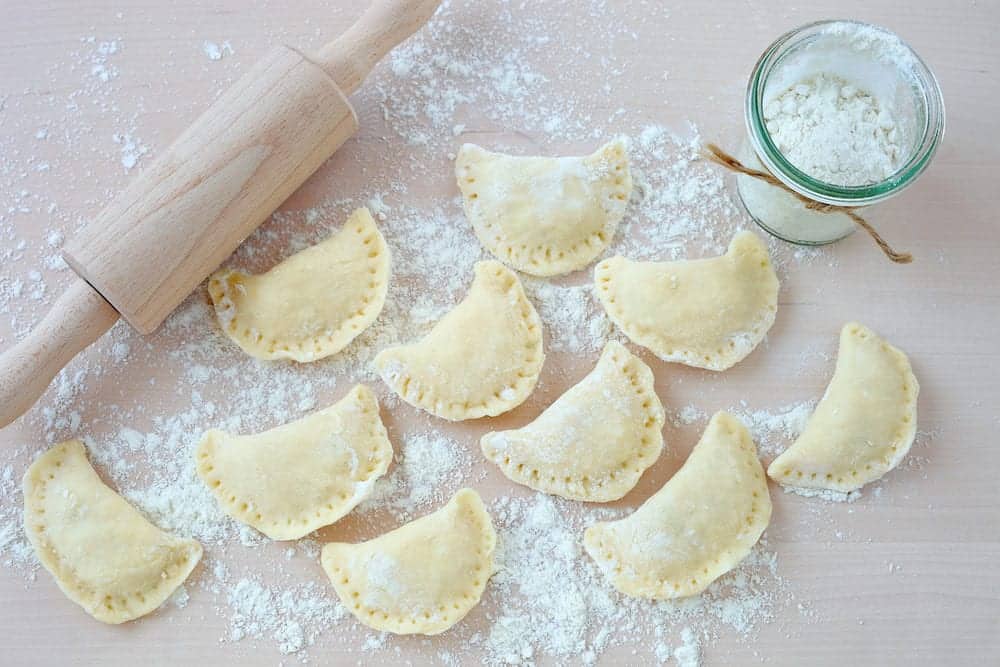 Polish vodka is intensely amazing, but so are their beers.

Vodka is a huge part of Polish tradition, and some blends like Zubrowka date back centuries (it’s been produced for over 600 years).

If you’re used to drinking vodka with a mix of something else, don’t bring this habit to Poland. Traditional Poles frown upon mixing up their vodka into a cocktail. Practice drinking your vodka neat, chilled (no ice), and in one go (regardless of size).

Poles also love their beers; they’re among the top 10 in the world drinking an average of 99 litres per year. Craft beers are big in the country and you can almost find a local IPA in bars, restaurants and supermarkets. 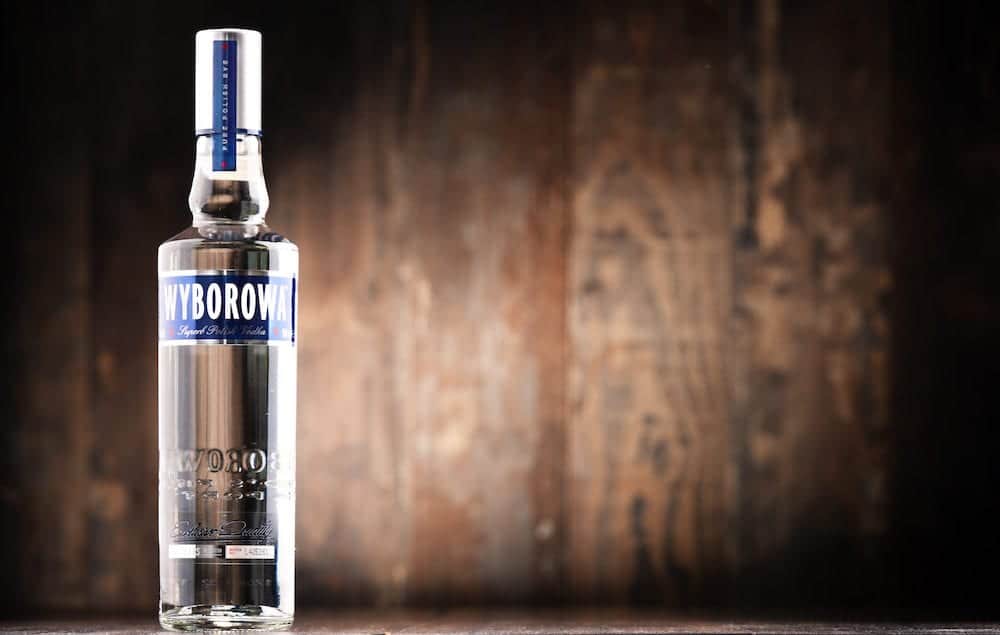 That’s how Poles say “cheers” and it means “to health!”

Drinking is a social activity so make sure you share your vodka and beers with friends. Do NOT try to outdrink your Polish mates as they like refilling the glass right after downing your drink. It’s okay to skip a turn or pace yourself!

Note that drinking in public is strictly banned, more so getting caught drunk in public. You can err on the side of caution and just drink at your Polish friend’s home. Remember though – if you’re a guest in someone’s house, you can’t leave without emptying that bottle of vodka!

Hosts refilling your glass nonstop until that tall bottle of vodka is goners also applies with food. They’ll feed you until you can’t fit in your pants anymore. Yes, Polish people are some of the most generous and accommodating people.

They also tend to be sensitive to criticism and won’t back down if something needs to be corrected. They have a sense of pride as a country, and that has a lot to do with the next bullet.

Poland gave birth to 17 Nobel Prize winners and other world-renowned names in science and religion.

Poland is in Central Europe, not Eastern.

Remember how we said Poles won’t hesitate to correct you if you said something wrong? This is one of them, and a very common mistake among travellers.

There’s no clear delineation among Western, Eastern and Central Europe but just be conscious of the fact that not all Poles want to be labelled Eastern Europeans. 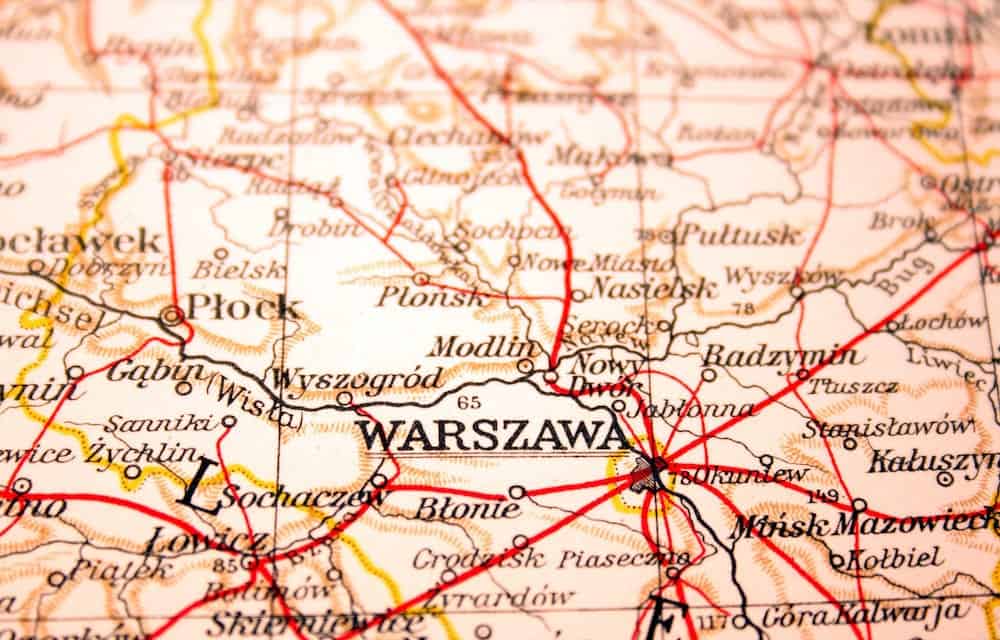 Saturday afternoon is not the best time to shop.

That’s because most shops close at 2 pm on a Saturday. Weekday hours are regular though, with most shops opening at 8 am and closing at 9 pm.

If you think Poland is a rundown industrial place, think again.

One of the best things about Poland is its scenic walks. Expect to find colourful establishments, cobblestone roads, bustling town squares, towering castles, and green parks dotted with flowers in full bloom.

There are lots of things to do in Poland.

Cities like Warsaw, Kraków and Gdańsk are the top-of-mind destinations. Warsaw is known for high-end shopping, Kraków as the backpackers’ favourite, and Gdańsk for sight-seeing and old towns. However, make sure to check out other places like Wroclaw where you’ll find colourful buildings and Wieliczka for the salt mine. If you have more time, go outside the cities and hike up the mountains, forests and lakes in the countryside.

Yes, they’re the last species on Earth who still keep the habit of kissing women’s hands. While this is uber romantic, the gesture is also done as a greeting and seen as a deep sign of respect, friendship and compassion for a woman. 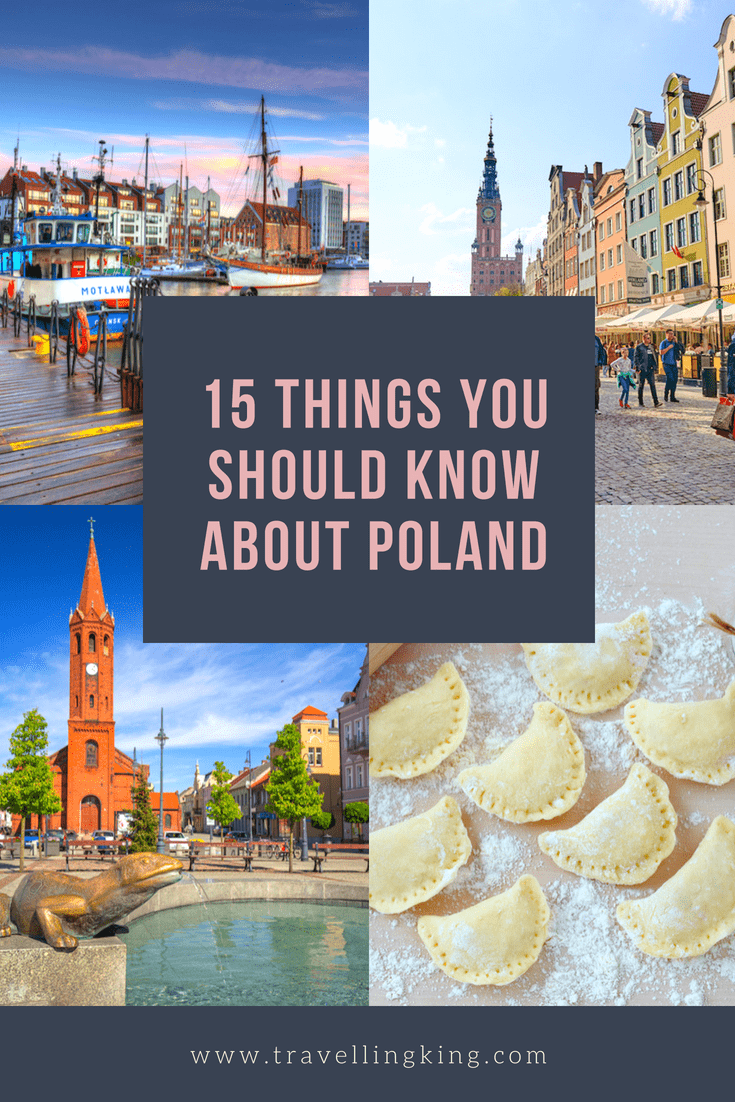 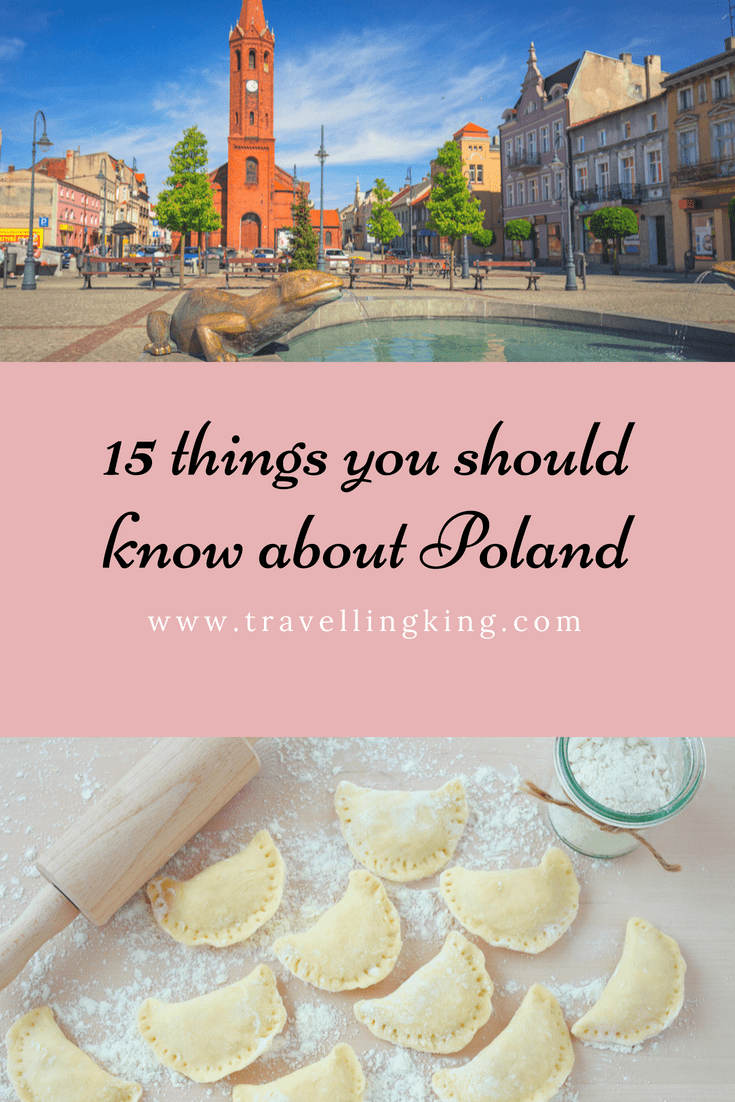 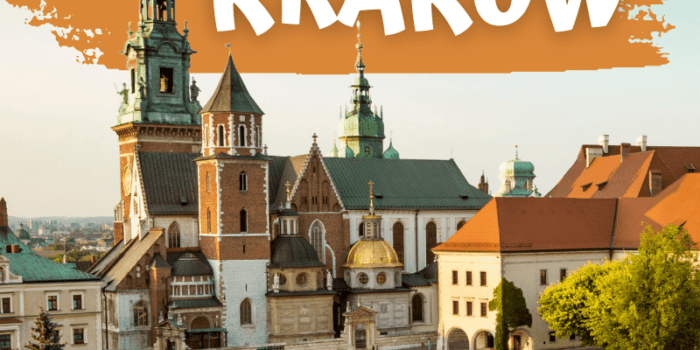 Fun Things to do in Krakow 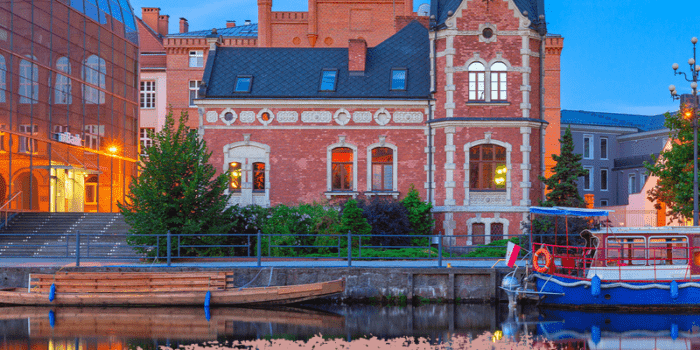 The Ultimate Guide to Bydgoszcz 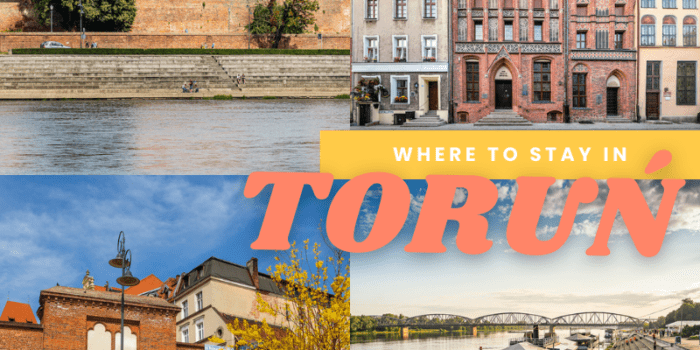 Where To Stay in Torun 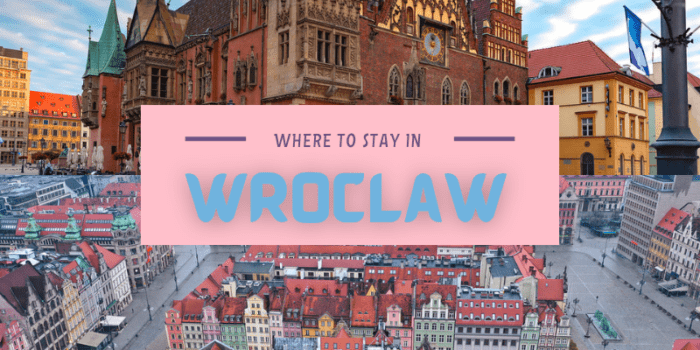 Where To Stay in Wroclaw 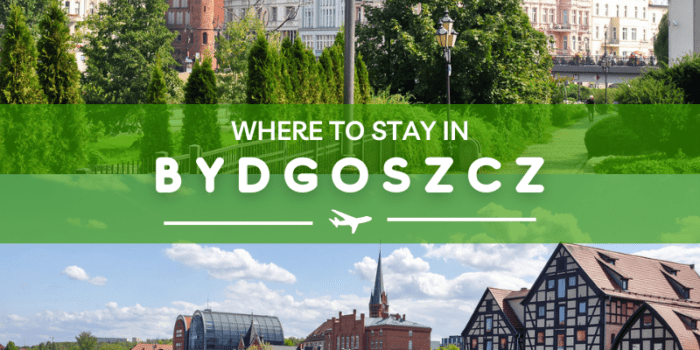 Where to stay in Bydgoszcz 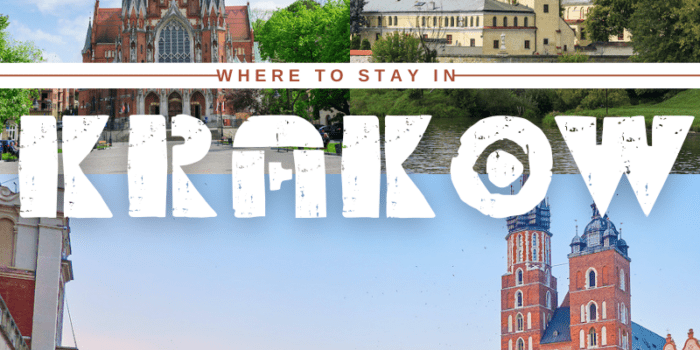 Where to stay in Krakow