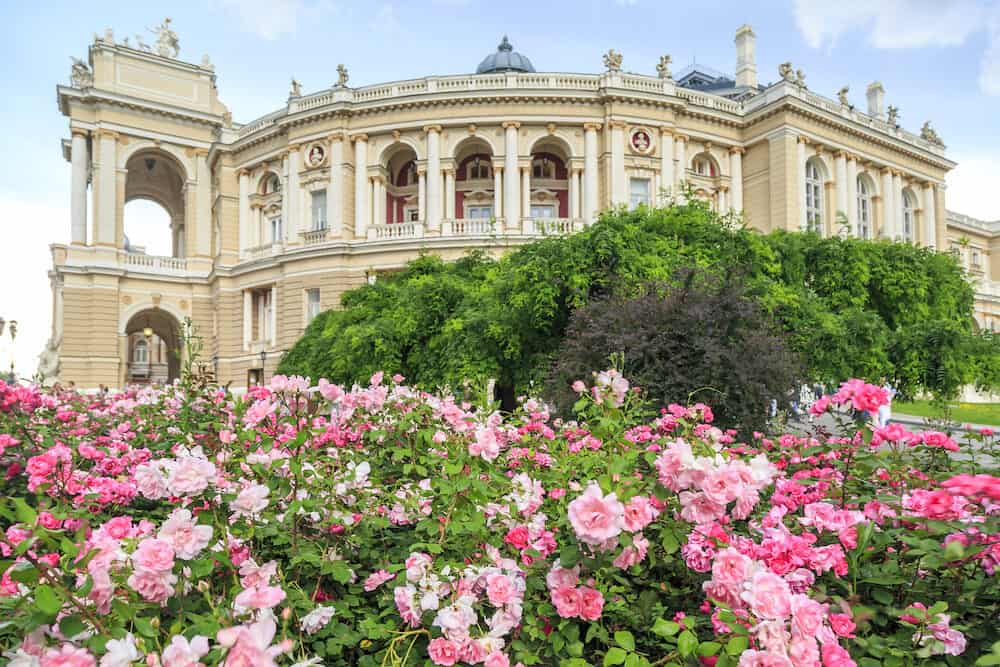 As tourism to Ukraine increases, more travelers are experiencing the beauty of Odessa, the third-largest city in the country. This port city on the Black Sea is best known for 19th-century architecture and beautiful beaches. If you are planning a visit to Odessa, Ukraine, we’ve got a guide to the best areas to consider when choosing from the hotels in Odessa Ukraine. Whether you are visiting for the Odessa Ukraine nightlife or planning a family-friendly vacation, there’s an Odessa district that’s just right for you.

Plan your trip to Ukraine


Need data for your trip to Ukraine? We use Tep Wireless which offers unlimited data for $8 per day. Travelling King readers can get 10% off using the discount code TRAVELLINGKING on check out.

Downtown Odessa – Where to stay in Odessa on a budget


For a central location for seeing the highlights of Odessa, you can’t do better than downtown. While Odessa is generally a very budget-friendly destination, this is a good place to look for cheap hotels in Odessa Ukraine.

Although you will not be near any beaches, this is the best area for tourists who want to explore the city sights, including museums, architecture, and restaurants. While the nightlife downtown does not rival that of the beach clubs of Arkadia, there are still some good bars and clubs in the city center for you to enjoy.

Where to Stay in Downtown Odessa 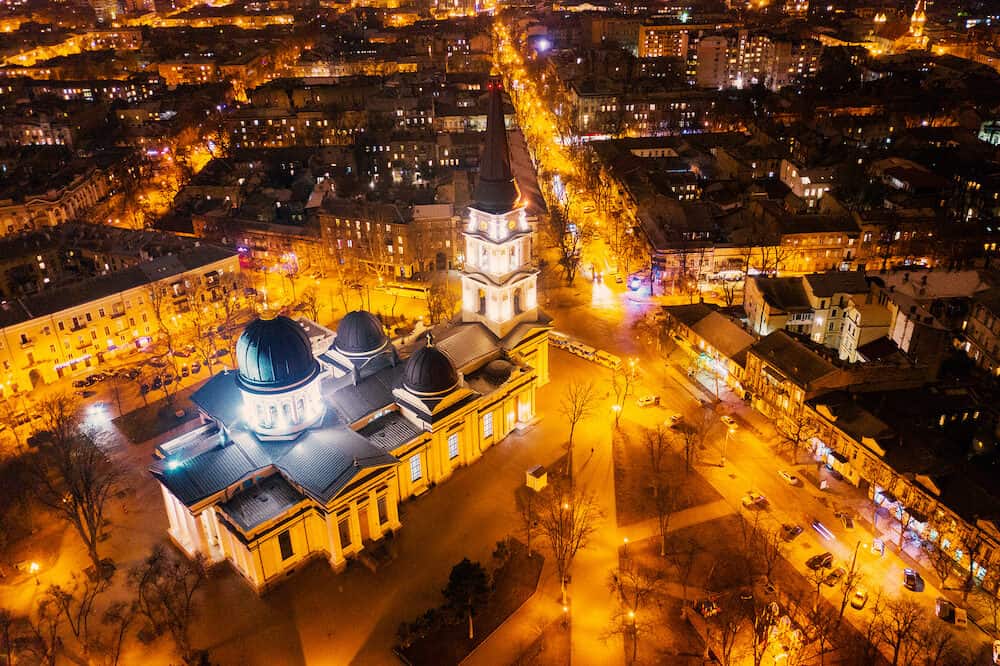 Arkadia – Where to stay in Odessa close to the beach


If you are planning an Odessa beach vacation, then Arkadia is the best place to stay. The neighborhood of Arcadia Odessa is the best area for tourists who are more interested in spending their days at the beach and their evenings at nightclubs. The best Odessa Ukraine nightlife is here at the beach clubs, so the area definitely caters to a younger crowd.

The beaches are mostly private, so plan to stay at a beach resort, or pay for access to the beach. From any Odessa beach hotel in Arkadia, the downtown attractions are about a 25-minute drive, or you can take a mini-bus if you are not driving.

Where to Stay in Arkadia

Budget Hotels in Arkadia
Admiral
Hotel Marinara
For You
Shellman 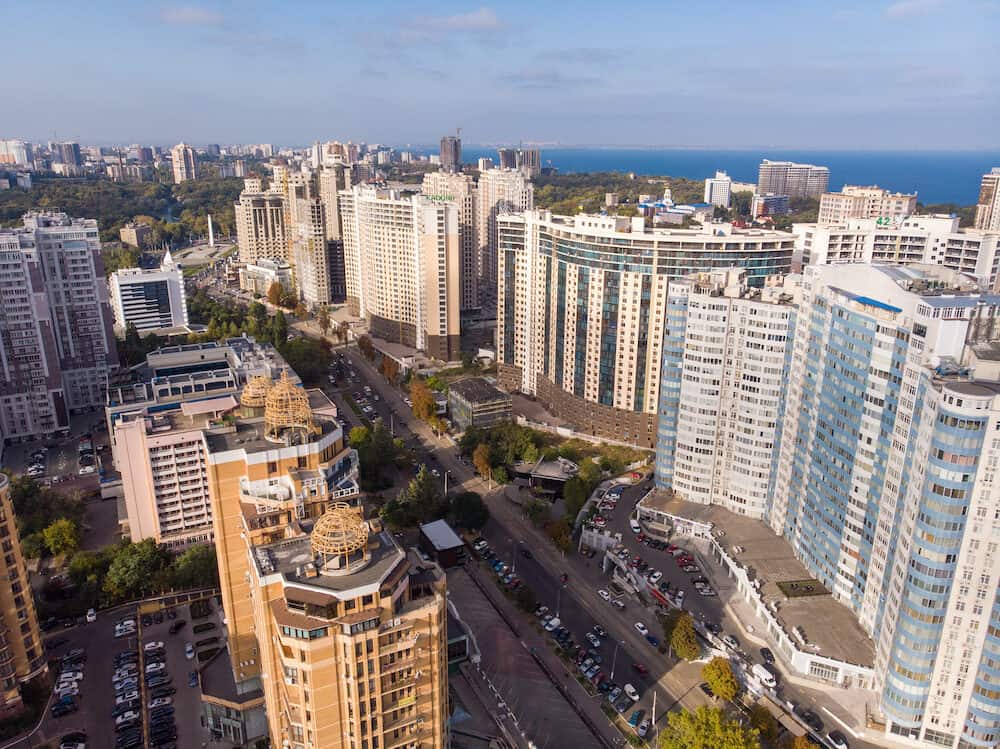 Near Deribasovskaya St – Where to stay in Odessa for First Timers


Running through the heart of central Odessa is Derybasivska Street. This is the best area for tourists who want a central location and are more interested in architecture and culture than in visiting the beaches. The nearest public beach to this area is a 30-minute walk, so it’s not convenient for a beach holiday.

Instead, you will be surrounded by the best Odessa attractions, with a great selection of Odessa hotels to choose from. There are dozens of restaurants, including budget-friendly fast food options, as well as several museums, monuments, and gardens.

Where to Stay Near Deribasovskaya St 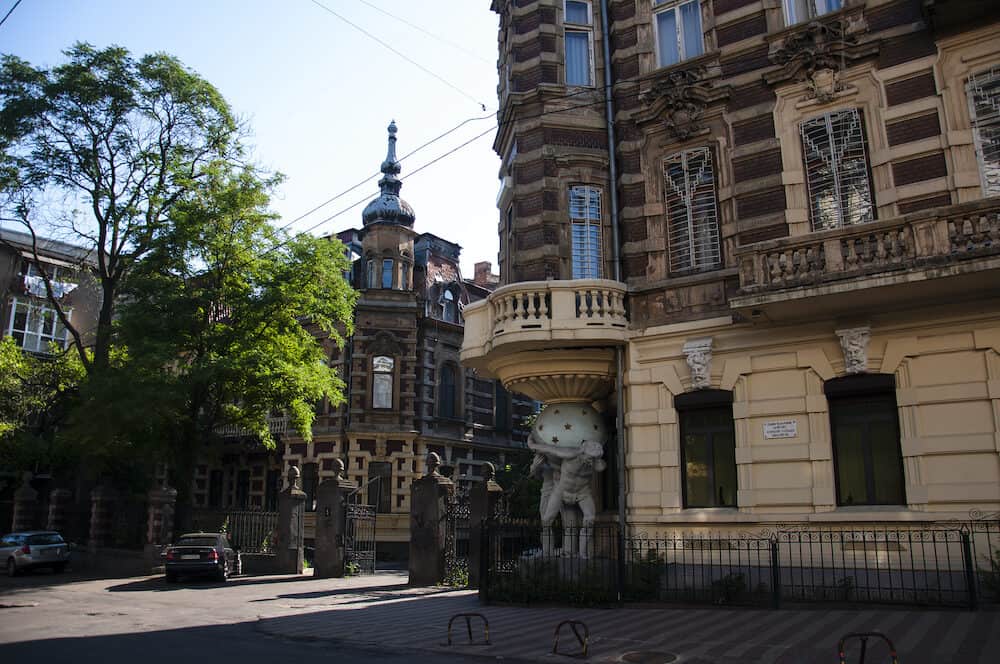 Otrada – Where to stay in Odessa for Outdoor Lovers


If you are looking for an Odessa beach hotel but do not want to stay all the way in Arkadia, then Otrada is the perfect neighborhood for you. Nestled between the Gulf of Odessa and downtown Odessa, Otrada. As the nearest beach to downtown, it can get rather crowded, but it’s a nice compromise to save you travel time back and forth to the city center.

Tourist services are available, including chair rentals and beach bars where you can get food and drink. There’s also a lovely park with nature trails, as well as a yacht club.

Where to Stay in Otrada 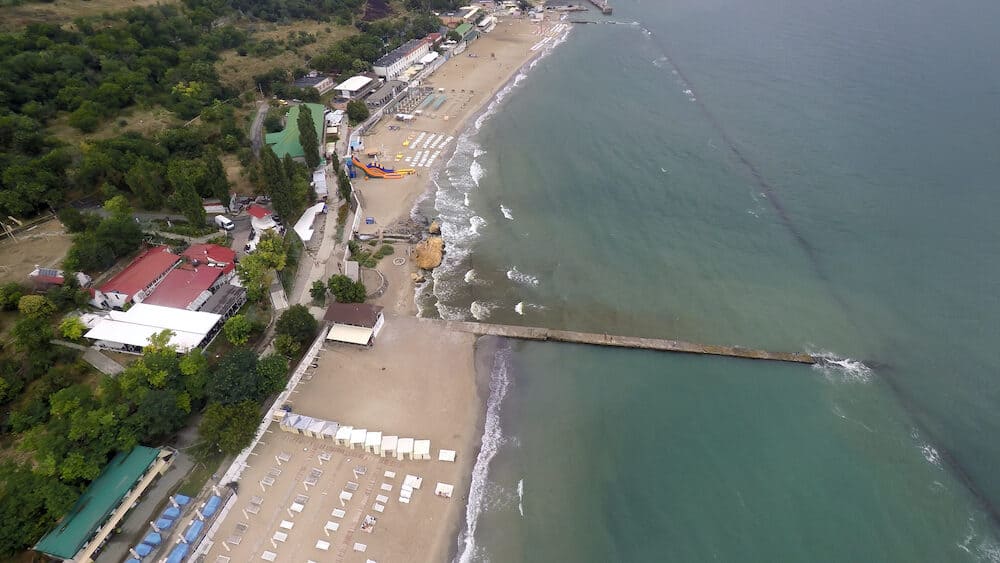 Luzanovka – Where to stay in Odessa with Family


North of the city center is another beach area known as Luzanovka. This tends to be a more budget-friendly beach area than the Arkadia district, and you will find that the services are not as frequent or reliable, including beach cleaning. That said, the surf is shallow making it a nice place to bring children for swimming.

You can rent beach loungers, and there are several cafes in the area. It’s possible to find apartment rentals as well as hotels if you want to stay in this area. The city center is about 30 minutes away, so be sure to factor in transportation costs back and forth if you plan to do a lot of sightseeing during your visit.

Where to Stay in Luzanovka 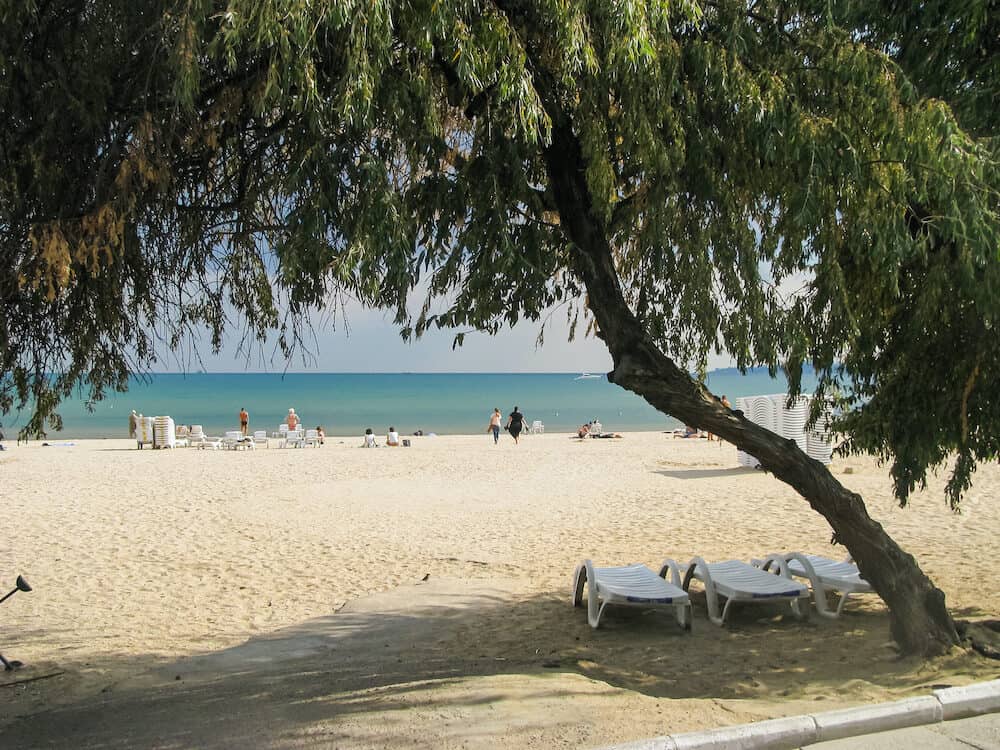 Near Potemkin Stairs – Where to stay in Odessa for Tourists


One of the best things to do in Odessa is to visit the Potemkin Stairs. This oversized stairway was built as an entrance to the city in the mid-19th-century. Originally called the Boulevard Steps, they were renamed in the 1950s to memorialize the Battleship Potemkin.

It’s one of the most recognizable features of Odessa, and also enjoys a nice central location between the waterfront, harbor and the city center. Several monuments occupy the park at the top of the steps, and the heart of Deribasovskaya is just a five-minute walk from the steps.

Where to Stay Near Potemkin Stairs 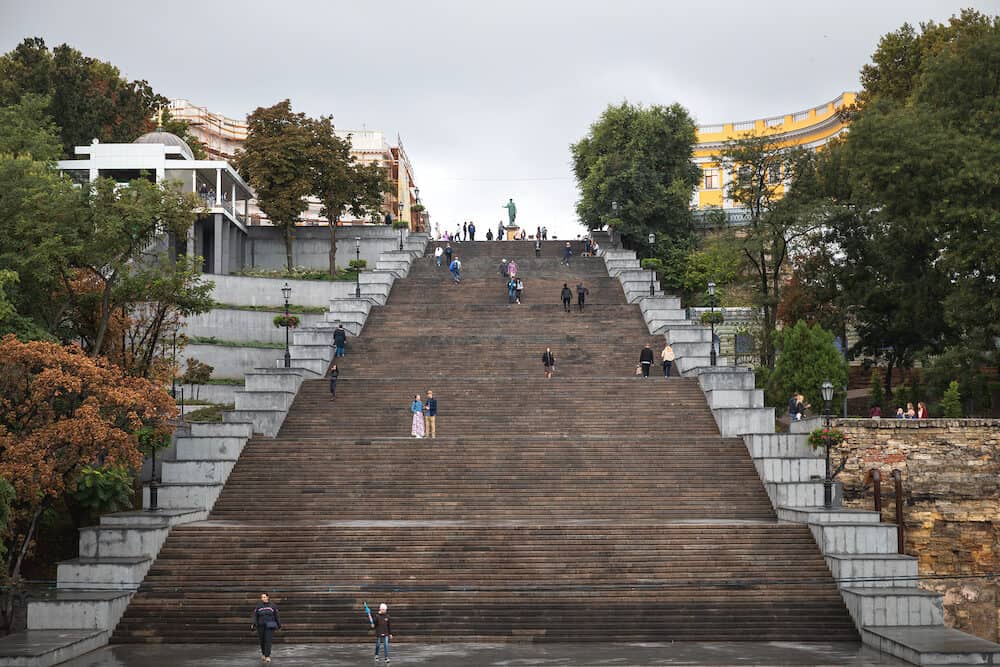 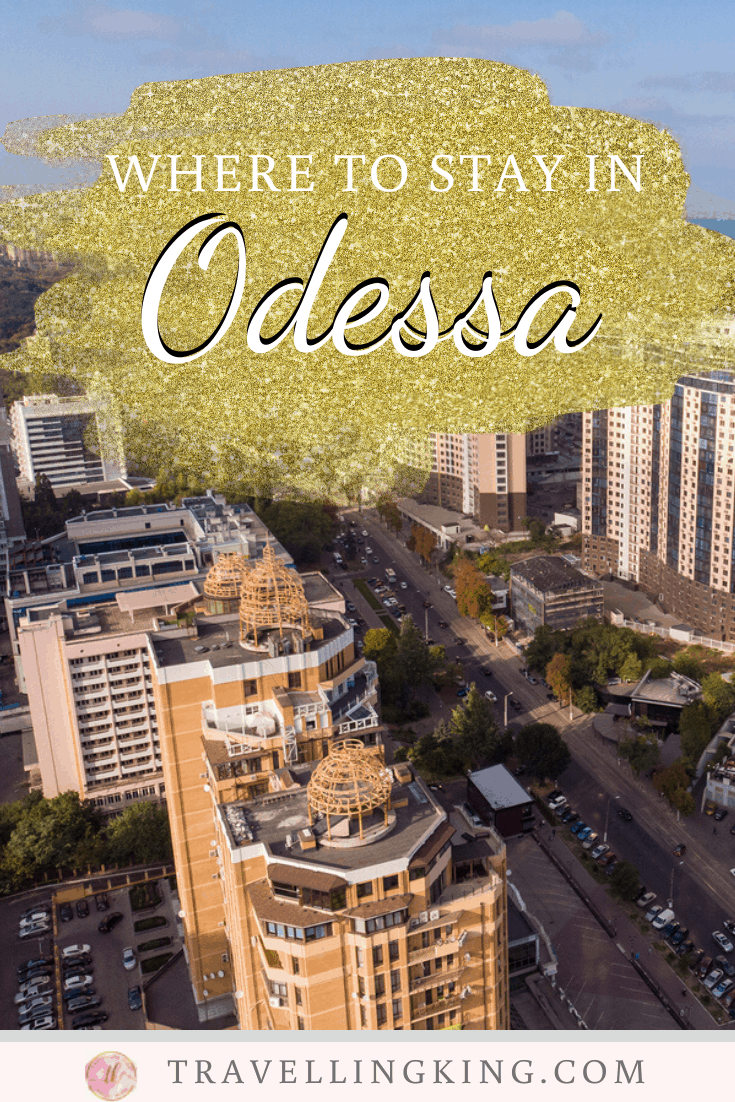 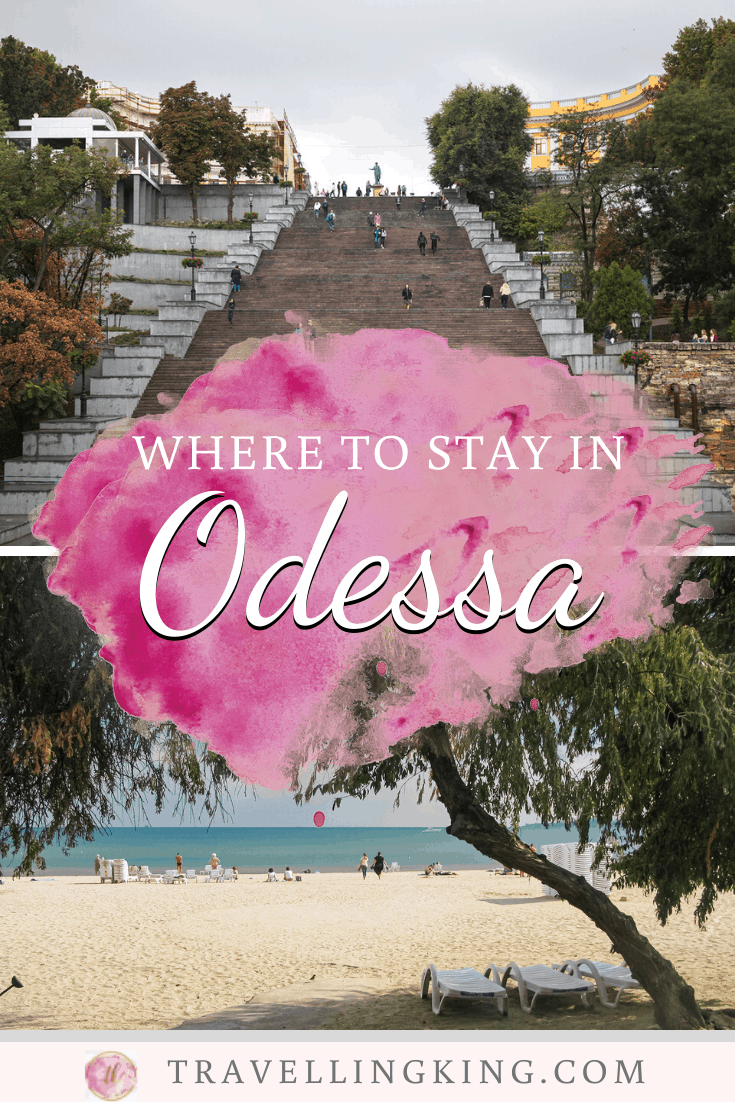 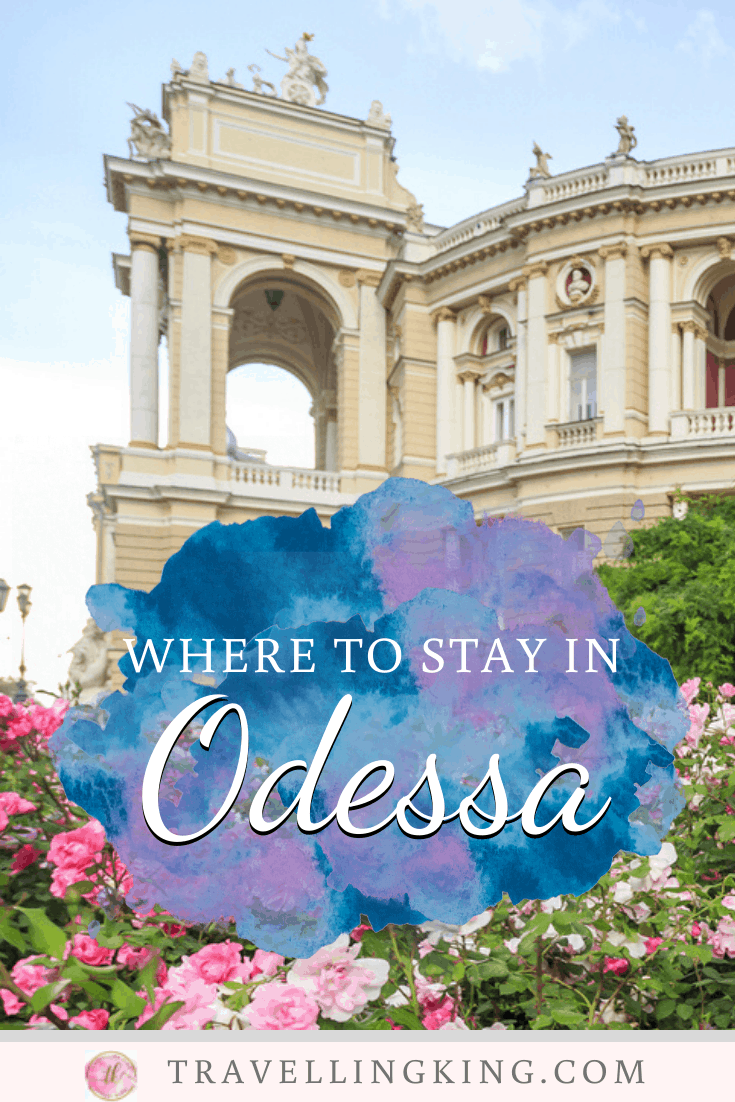 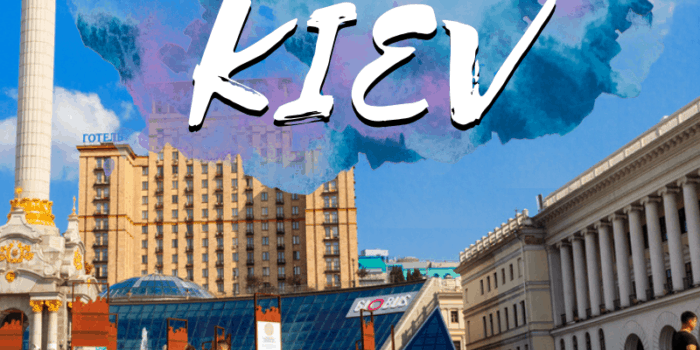 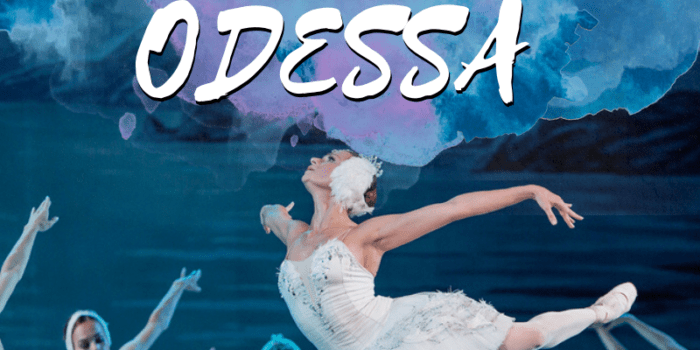 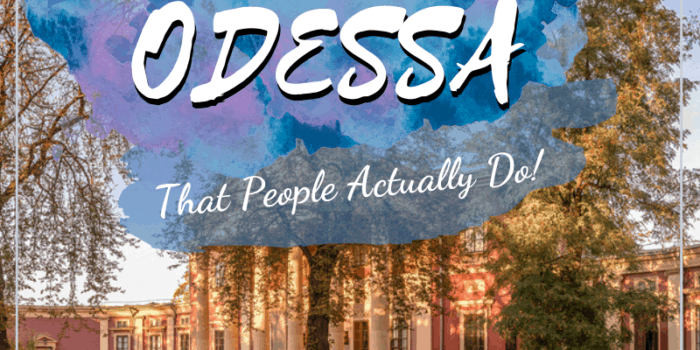 20 Things to do in Odessa – That People Actually Do! 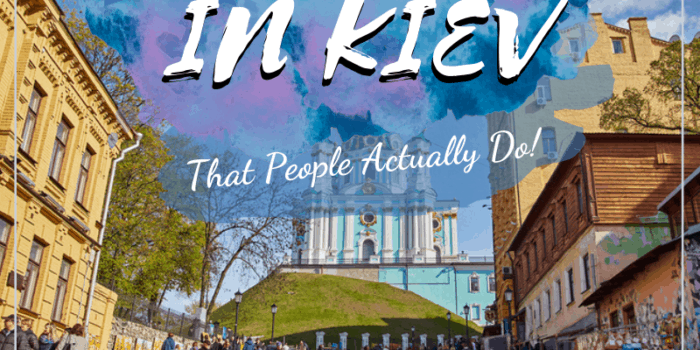 30 Things to do in Kiev – That People Actually Do! 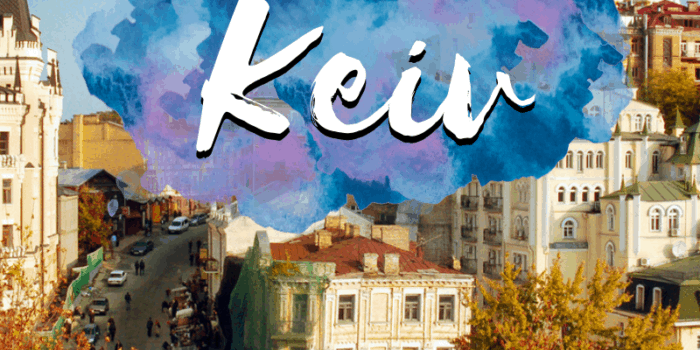 Where to stay in Kiev