Travel has always been something of a hotbed for testing out new technologies. After all, both Twitter and Foursquare both began life by appealing to the travel sector. Plus the fact that, although we love to travel, it’s chock full of really annoying experiences, snany of which are amenable to technological solutions.

The future of travel looks very usual indeed. We’re already seeing the advent of VR travel, where travelers don a virtual reality headset and are transported immediately to a computer-generated version of the Great Wall of China. And we’re also seeing the virtual and the real world being combined, in the form of augmented reality devices, which should hopefully make the task of navigating around a foreign city a little easier.

But we don’t have to look to the future to see how travel is being changed by new and ingenious technologies. Here’s what is being done already. 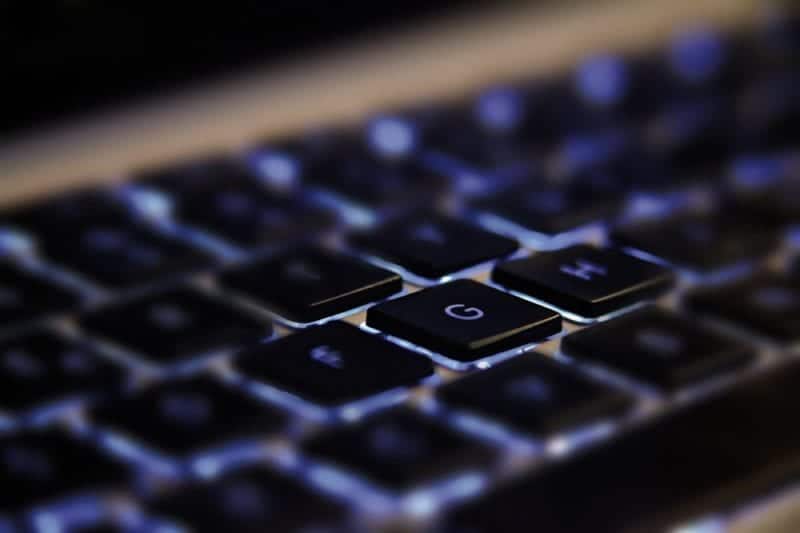 One of the first problems tourists encounter when they travel to a new city is transport. Some cities, like Geneva and Lyon, have excellent transportation networks that are really easy to use. But other places, especially those in Asia, often don’t have such developed systems. In many parts of the world, traveling by public transport everywhere just isn’t feasible.

It’s under these circumstances that bike sharing apps, like Spokefly, think they have a market. The idea is to enable peer-to-peer bike sharing across countries, allowing travelers to avoid rip-off bike hire outlets and go directly to the communities in which they will be staying. Prices for members are currently around $30 a month, and for this, they get unlimited bike rentals in any city operating the service for up to five hours. For an additional $50, renters can hang onto their bikes for a full 24 hours.

Leave Your Wallet At Home

Bitcoin made a big splash when it first arrived towards the end of the last decade. Since then, it hasn’t quite had the impact that most people expected. Nevertheless, the currency which lies outside the control of any government is now providing a useful service for travelers.

Robocoin, a company that makes ATMs for digital currencies, is planning on installing nearly two dozen new ATMs in countries across the world, including the USA. But the cool thing about the Robocoin terminals is that you don’t need to use a card to activate them. Instead, all you have to do is enter your mobile phone number, it’ll connect to your account, and then turn your bitcoin balance into cash that you can then use in the area in which you are staying.

Bitcoin is an excellent technology for anybody going to a dangerous part of the world or anyone prone to losing their wallet whenever they travel. 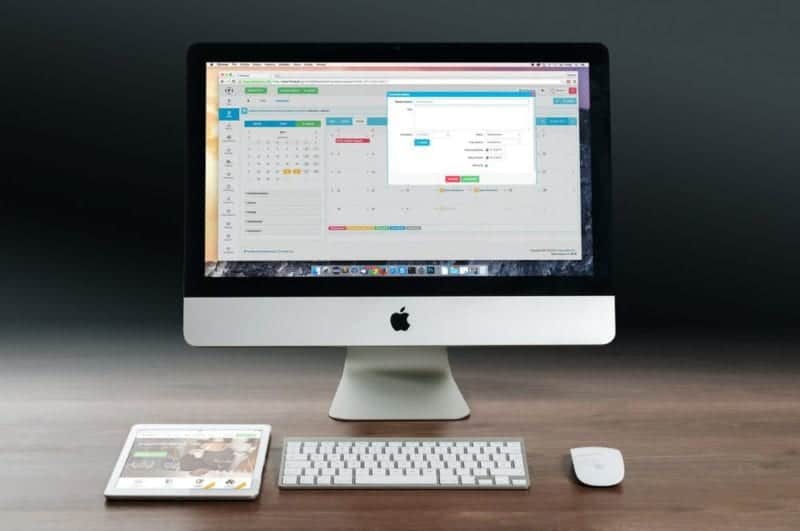 Google Glass – But On A Budget

When Google Glass first released back in 2011, it was incredibly expensive and not all that practical. What was worse, it looked kind of geeky, putting a huge swathe of the market off the product entirely. That is was a flop was actually a shame for travelers: travelers could really benefit from a heads-up display telling them where to go to grab a bite to eat, or where exactly their hotel room is located.

But now as things get cheaper and designs get better, we’re seeing a fresh new crop of offering which is starting to look a lot more like stuff that customers would actually want to own.

One example is a product made by Epiphany Eyewear. It’s a heck of a lot cheaper than Google Glass, at just $300, and it’s perfect for travelers who want to shoot videos of their experience as they travel around. The glasses themselves have an HD built-in camera that allows users to shoot pictures and videos discreetly from their glasses. What’s more, even though the glasses look practically identical to a regular pair of sunglasses, there’s enough internal space for up to 32GB of memory. The glasses record everything that you see, and can then be attached to a computer to store, edit and share on social media.

Epiphany wants to do much more though than merely allow users to record HD videos from glasses. It’s also building an operating system which will presumably allow for things like real-time updates and heads up displays that alert wearers to points of interest.

Just like bike sharing, there’s now a whole range of car sharing apps that aim to make using a car abroad cheaper. Rather than going to a car hire garage and paying an overhead for the rental garage itself, as well as the wages of the staff, car sharing apps allow travelers to cut out the middleman and go directly to car owners.

Sharing apps, like Car2Go, had an immediate impact, following their launch at the end of the 2000s. They were heavily used by holidaymakers visiting big cities because of the fact that they could rent a car for a few hours while they traveled around the city, and then return it, without having to drive it back to the original place it was rented.

But the problem with these early apps was that they only allowed travelers to drive around within cities, not between them. For adventure travelers, this was a big no-no, and many found themselves back at traditional car rental garages.

Now, though, some car sharing apps are trialing car sharing services that allow travelers to rent their cars and drive them between cities. Car2Go has its own unique program currently in operation in the German cities of Berlin and Hamburg, and there are plans by other car sharing companies to expand their offering too.

One of the most annoying things about traveling is the cost of making phone calls. International phone calls, using the traditional telephone service, are frighteningly expensive. But with the rise of the mobile internet and the nearly universal use of cell phones, those high prices might be about to come to an end.

Now a bunch of companies is looking at ways for people to make calls back home using a virtual telephone number that costs less than regular phone calls. According to EasyRinger virtual phone numbers and service costs are often a fraction of the price of a regular connection and sometimes, they’re free. 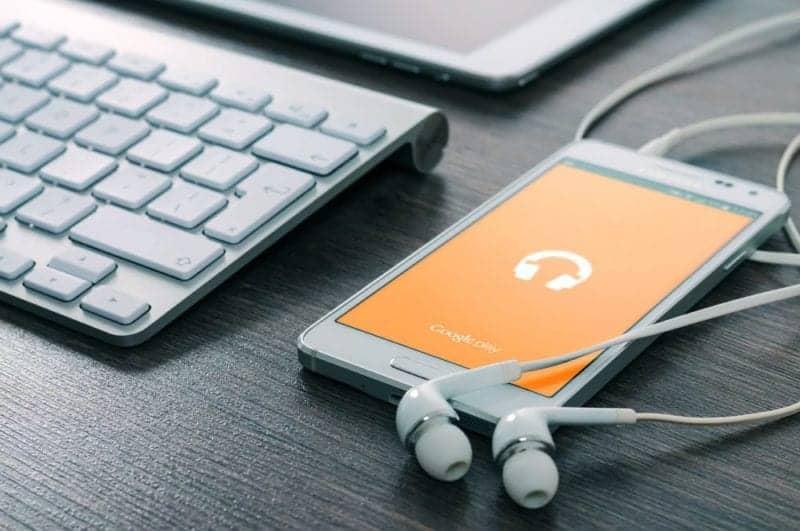 Music is an important part of any travel experience. You want a musical companion that you can take with you up a mountain or lie beside you on a beach.

Now a company called PonoPlayer has released an audio device which they claim will play any kind of musical format. What’s more, the device, which is in the shape of a Toblerone, can deliver a sound quality more than 25 times better than anything your iPhone or iPod could produce.

The reason for this is mainly to do with the way in which the tracks are encoded. The PonoPlayer allows travelers to store and play more than 800 tracks on their devices – the equivalent of around 5,000 CD-quality songs.

IBM Watson For The Happy Traveler

IBM’s Watson first became famous for beating the two incumbent human world champions at the quiz game show, Jeopardy! Since then, it’s been deployed in medicine and is being used to help doctors make more accurate diagnoses.

But now the people behind the AI system have begun thinking: what if Watson could help travelers too?

Watson fancies itself as a bit of an aficionado when it comes to food. Recently, it’s been chatting with users on Twitter and Facebook about food recipes and, using its database of compatible flavors, has been coming up with some interesting new recipes. Although Watson’s Austrian Chocolate Burritos might never actually be made, many people now see IBM’s AI being used in a smartphone app, helping travelers decide what to eat based on their preferences. It’s also been suggested that it could be utilized in restaurants too, to create mashup style cuisine that blends local ingredients with the flavors from the tourist’s home country.

The Return Of MSN Messenger

Do you remember the days of MSN Messenger? If you do, then you’re at least 30 years old. MSN Messenger was full of giant chat rooms, full of people discussing anything and everything. MSN Messenger died when social media came along, but now it’s being revived in a new app called Banter.

Banter is being hailed not only as the return of the chatroom but also as a helpful tool for travelers looking to have a good time. The cool thing about Banter, unlike MSN Messenger, is that it allows you to see who is chatting with you nearby. This means that travelers can potentially organize things like meet-ups while abroad and plan trips together.

The other difference between Banter and MSN Messenger is the fact that on Banter, you can be totally anonymous if you want to be. Plus, conversations with people you don’t know are only stored for 24 hours, similar to Snapchat.

8 Luxury Travel Tips for Your Next Dream Vacation

How to Stay Safe While Traveling

Why You Should Ship Ahead with Luggage Free