I have been a flight attendant for 9 and half years now.

Meeting new people every day and getting to fly with some amazing characters. There really is no other industry where you meet so many interesting people on a daily basis.

Every week. Sometimes up to 6 days per week.

Flying really messes up your body clock. You have to get used to early starts and late finishes. Thankfully, as I mainly fly short-haul I don’t really suffer from the dreaded Jet-lag that much. Although when I have done long-haul flights the easiest way is to get your body clock onto the new time zone as quickly as possible. 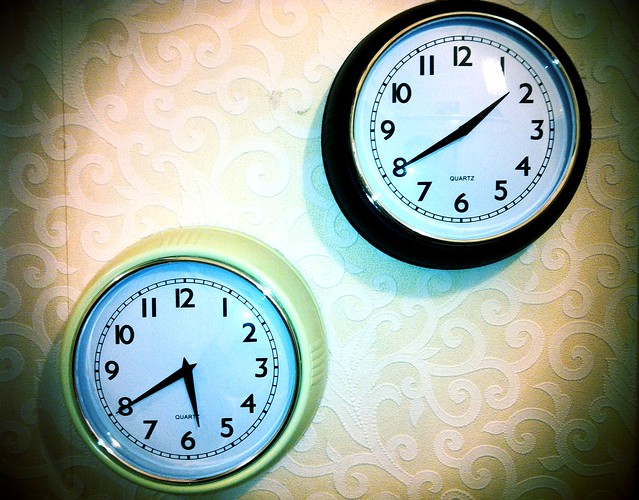 Passengers. They really can make or break your day. Get a nice bunch and your day is made. Get a rowdy or awkward group and it can make even the shortest days feel like an eternity.

Again it’s the passengers. There are far too many stories of random actions and comments made by our passengers to write down, I think this is why so many crew write books.

Most of the time you have to let it go over your head. Allow peoples comments to go in one ear and out of the other. As I say awkward passengers can make or break your day and the trick it to try not to let them although sometimes this is hard. I have realised in my 9 years that most of the time it’s not you they are attacking personally it is the company you work for and because you are in uniform you are their first line of ‘attack’. Getting yourself down to their level and sympathising with them usually works. Plus simply saying that you will write their problem down on your paperwork usually diffuses the situation.

Thankfully in my 9 year I have never been involved in an accident or near miss. Touch wood. The worst I have encountered is being struck by lightening a few years ago which was pretty scary although the aircraft landed fine and we carried on with out duty. However, writing my ‘Angels Of The Sky’ blog posts has really opened my eyes to the incredible bravery many crew have shown over the years. It is a testament to our training and skills the countless lives crew have saved.

Any passenger who is friendly, approachable, smiling and dressed well will of course be looked upon favourably for an upgrade. Sadly, they are now more difficult to give out as airlines want explanations as to why these people have been upgraded.

There are different levels of flight attendants in most airlines. Juniors will often start ‘down the back’ and as they grow within the company will be moved to the more demanding areas of the cabin such as working the galley or in the ‘upper-classes’.

As a purser for my airline I sadly have no choice as to where I work. However, if I do get a day ‘down the back’ I love working the galley. I’m a proper galley bitch!

As I mentioned before it has to be meeting so many amazing people both fellow crew and passengers. I have been lucky enough to meet some of my best friends in the industry. Life long friends who have been there for me through thick and thin. I love meeting interesting passengers. On longer flights getting to chat to them and hear their stories is amazing and of course meeting some of my favourite celebrities over the years has been pretty special too.

Nope it’s not a myth, although I have never had anyone do it on my flight. I have heard many stories however of passengers trying to join the club, some successfully other less so. A few weeks ago a crew told me of a couple who had become a little frisky during a flight and she had attempted to give her partner oral sex in their seat. They didn’t even have the courtesy to go to the toilet. The passengers around noticed and informed the crew who approached the couple and they denied any wrong doing even though the crew caught them in the act.

Ø Have you been a flight with any celebrities (who has been your favourite and why?) and were you star struck?:

My favourite celebrity has to have been the comedian Peter Kay. He was adorable, kind, warm, approachable and as funny in real life as he is on stage.

All airlines have to follow strict uniform standards, from low-cost carriers up to full service airlines. It doesn’t get tedious at all, well not for me. I love the old school glamour of the ‘Jet-set’ era and even though flying is not like that today why can’t we bring back a little glamour and ensure we always look our best?

It has to be Paris. I just adore everything about the city. The people, the sights to see, the culture, the history, everything really. It truly is the most romantic city in the world. Wherever I stay over I like to try and explore the city as much as possible and immerse myself in the countries culture.

Probably just the usual of “opening a window as it’s too hot”. “Why have we stopped in mid-air” or “can you tell the captain to turn the engine noise down please”. Many years ago I had a passenger ask where the little room was that cabin crew go into if a plane was crashing. According to her there was a secret ‘crash-proof’ room as in every crash the cabin crew always survive. I told her it was behind the trollies in the rear galley and she went back to her seat happy in the knowledge that she had discovered our secret hide-out.

There are so many to chose from. I guess mine has to be ‘BOB’ or Best On Board as on every flight we try and pick the best looking passenger. There have been some pretty good ones over the years too and I do love a good flirt.