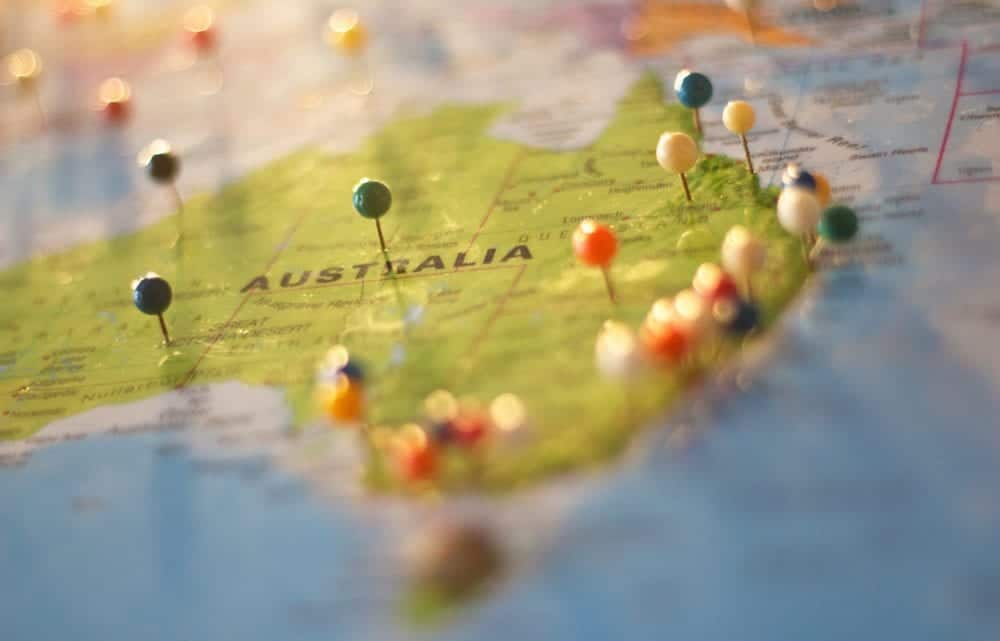 Each year, throughout the wet season, which occurs from November to April, numerous Northern Territory travel companies close down for a period.  This is because the rainfall is notorious for cutting off road access, and contributing to intense humidity, during what is already the hottest season of the year.

Prior to the summer monsoon season, many RV and campervan suppliers, will offer one-way rental specials, to relocate their fleet out of the Northern Territory for the low spell. Commonly, the promotional prices are accessible for travellers starting their rental in Darwin, and driving one way to Brisbane, Sydney, Adelaide, Cairns, Perth, Melbourne, or Hobart.

The rental fees can be dropped significantly, offering an incredible chance for a bargain-basement Australia road trip adventure. The difficultly for many, is figuring out where to stop on a one-way voyage that crosses over 3,500 kilometres!

There are a variety of routes to take on your Darwin to Brisbane campervan relocation road trip, but our suggested itinerary below, will take in some of the best towns of the Australian “outback”. This ambitious undertaking merits a minimum of three weeks travel time, which will allow you to drive at a reasonable pace, so that you can experience the wonderful stops en route.

Unless you reside in Darwin, then you will want to spend some time here before you depart on your road trip. Visit the stunning sunsets and markets on Mindil Beach, the Darwin waterfront, and the cultural museums and attractions.

Kakadu is less than two hours’ drive away, and Litchfield National Park is only just over an hour. How much time you have available for the entire one-way drive, will likely dictate how long you stay in Darwin before you move on. There is certainly no shortage of excitement to be had, especially amongst the phenomenal national parks.

There is also an interesting museum, as well as a few art galleries, showcasing work by traditional Indigenous Australian artists.

Although this is a bit of a “blink and you’ll miss it” township, it does break up the drive, and also gives you a chance to stop in at the pub! The Daly Waters Pub is somewhat infamous, known for its collection of unique memorabilia left behind by visitors. This includes a large variety of hats, undies and bras, which are all on display throughout the establishment.

There is also a beer garden and a typical Aussie menu, where you can refuel before continuing your journey.

This historic town was once the location of a prosperous gold mine, which operated in the early 1900s. As well as being able to tour the mine, you can also visit the Overland Telegraph Station, another historic attraction. The pioneering period that you will learn about, began in the 1880s, and supplies were delivered by camel train.

Tennant Creek is located in the Barkly Region, which is known for its beautiful clear skies, red desert, and intriguing granite boulders.

As you cross the border and exit the Northern Territory, Camooweal is a perfect place to stop and experience your first taste of Queensland Outback.

The Drovers Camp have an amazing collection of Australiana, and the volunteer guides will take you through the life of a drover, and provide many wonderful anecdotes.

With its isolated location, so far from any major city, this may be your one and only chance to visit Mt Isa. You will be glad you did! There is a lot going on in this large mining city.

You could spend time touring a mine, exploring an underground hospital and museum, taking panoramic photos of the city from the lookout point, and admiring the brilliant blue water of the open cut mine, at Mary Kathleen.

Famed as the Dinosaur Capital of Australia, Winton’s “Australian Age of Dinosaurs” Museum, is its top attraction. Further dinosaur records are visible at Lark Quarry Conservation Park, where over 3,300 fossilized footprints are seen, sprinkled over a rock face. It is currently the sole evidence of a dinosaur stampede, in the entire world.

It isn’t all dinosaurs in Winton, the Waltzing Matilda centre is anode to Banjo Patterson, and contains many Australiana exhibits.

With drawcards like the Stockman’s Hall of Fame and the Qantas Founders Museum, Longreach is a popular outback destination.

Out in nature, Captain Starlight Lookout offers panoramic views over the town, and you are likely to spot a variety of wildlife out there too, including wild horses, emus, pigs and kangaroos.

Longreach sits beside the Thomson River, which is a great place to watch the sunset… for an extra bit of fun, book a cruise on the local Paddlewheeler. 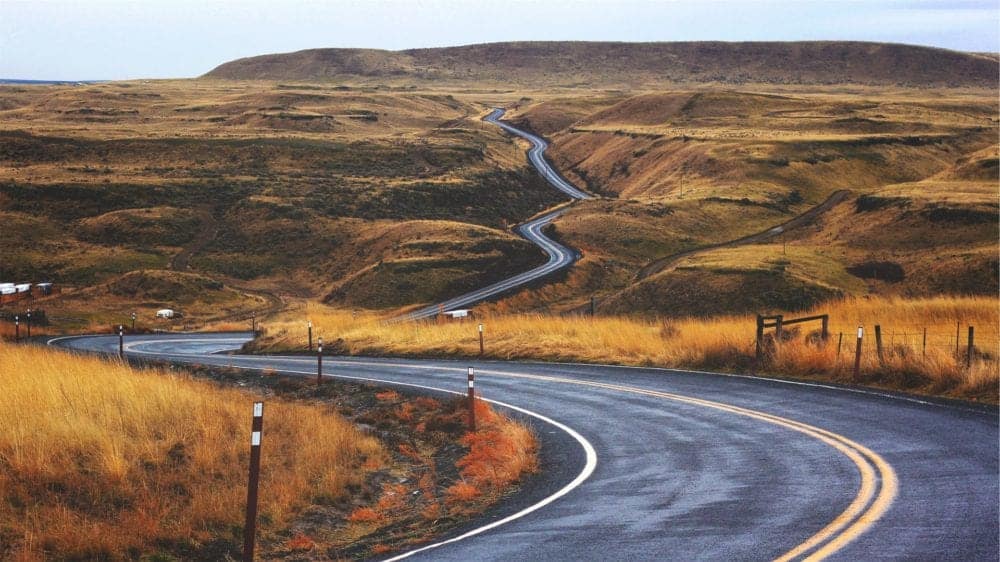 With a diversity of attractions, Charleville has something for everyone. For the stargazers, don’t miss the Cosmos Centre, with uninterrupted views of the night sky, aided by their powerful telescopes.

Animal lovers will love the Charleville Bilby experience, and historians will delight in the WWII Secret Base, Hotel Corones, plus, the Historic House and Museum.

There is also water tower art to enjoy, and the Royal Flying Doctor visitor centre.

A bit of a detour from the National A2 Highway, will bring you to the Carnarvon National Park, which is celebrated for its breathtaking Carnarvon Gorge.

Filled with rugged mountain ranges, towering cliffs and spectacularly coloured gorges, the park is also home to a plethora of flora and fauna.

There are many walking trails to explore, and some will take you to ancient Aboriginal art sites. Birdwatching is a popular activity, and at night, the wilderness comes alive with gliders, bush stone-curlews and possums.

Chinchilla is the watermelon capital of Australia, producing around twenty five percent of the country’s harvest. So, while you’re in town, you simply have to take the obligatory tourist photo, with the giant sized “Big Melon” monument.

The Botanic Parklands here are also worth a visit, and are conveniently located beside the Historical Museum.

Arrival into Brisbane may mean coming home to some, but for anyone else, you will definitely want to keep some time aside. Brisbane itself has a heap of things to do, but on top of that, the Sunshine Coast and Gold Coast are within a couple of hours drive north and south. Choose from shopping, dining, theme parks, beaches, nightlife, entertainment, wildlife and wilderness. This South-East section of Queensland is jam-packed with activity. 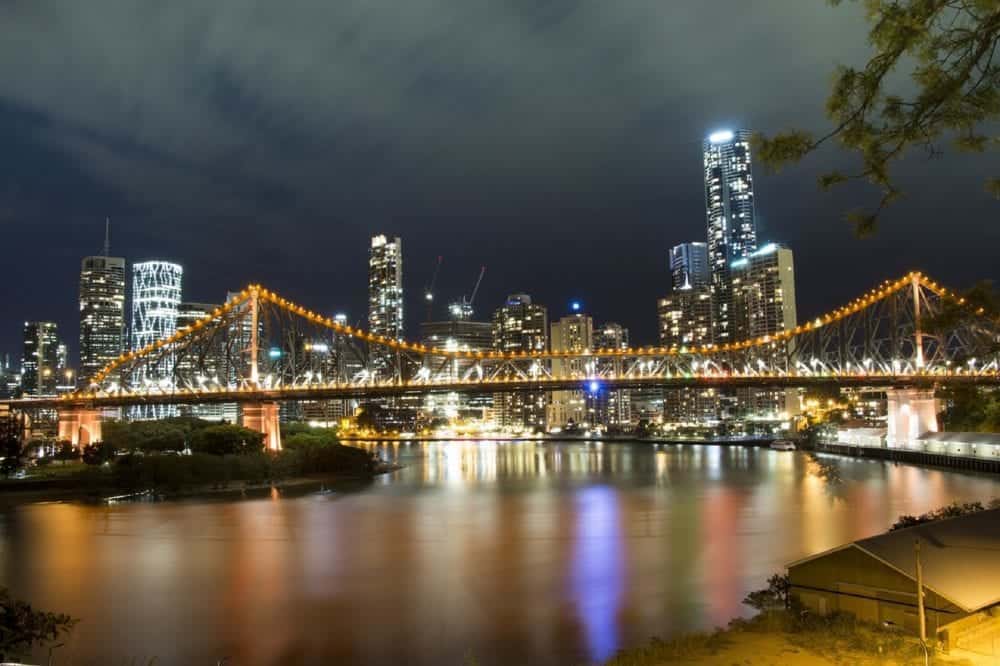 The suggested itinerary is just one option of many, to take on a Darwin to Brisbane campervan relocation road trip. For travellers with extra time or who enjoy a coastal experience, driving further north and coming down the eastern coastline, past Rockhampton and Bundaberg, is another wonderful journey. 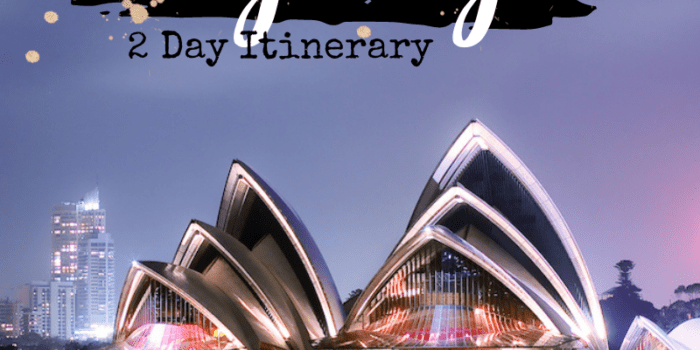