Sure, Atlanta may primarily be a commercial hub, wrought in concrete where the very air smells of the daily hustle that we’ve all grown so accustomed to. But the city holds a multitude of wonders for those who are patient enough to do a little bit of searching.

But not everyone likes to spend time searching when that very same time can be spent having fun. Which is exactly what we’re here for. So, what are the hidden gems in Atlanta we speak of? Read on and find out.

Plan your trip to USA

Need data for your trip to USA? We use Tep Wireless which offers unlimited data for $8 per day. Travelling King readers can get 10% off using the discount code TRAVELLINGKING on check out.

For those who find value in scenic backgrounds, you’re in for a pleasant surprise. Not only is Piedmont Park a great park to spend the day at, it’s also the venue for special events such as the Atlanta Jazz Festival and the Atlanta Dogwood Festival.

This 21-acre patch of land features meticulously maintained grass paths, a plethora of masterfully made waterworks, and a lot of artwork. One of the most notable attractions in the park is the Fountain of Rings which has 251 water jets, and it’s here where four water shows are performed on a daily basis. Also, yes, your kids may splash around in the fountain. Just be sure to bring extra clothes.

The Georgia Aquarium is considered to be one of the largest aquariums in the world and it houses more than a hundred thousand animals from 700 different species. For scale, the aquarium has its own whale shark tank. Yes. Whale. Shark. Tank. Expect crowds when you’re heading to the Ocean Voyager Exhibit though, as this is also one of the most popular tourist attractions in the area. 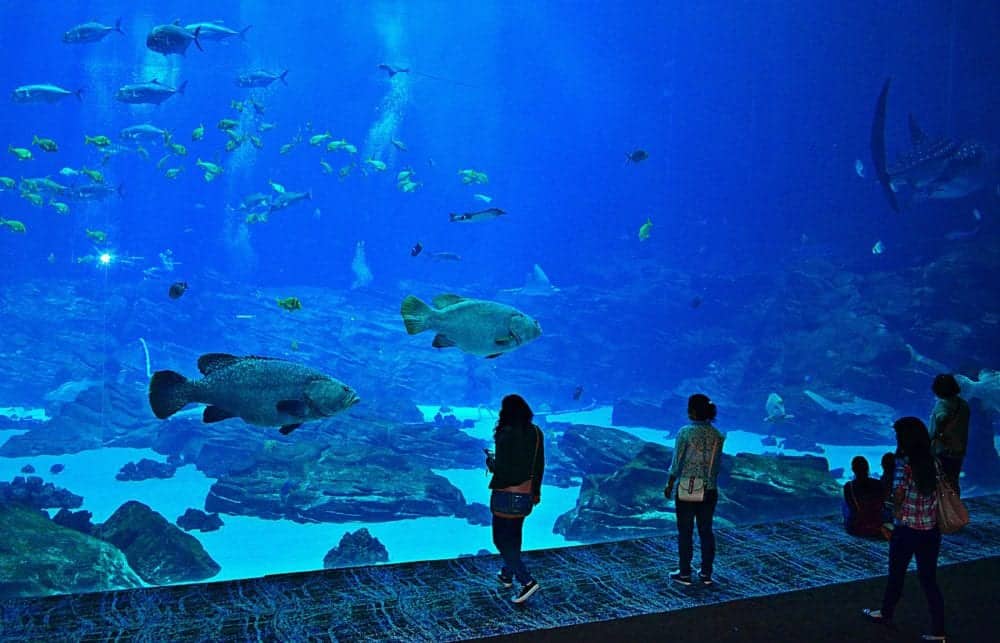 If you’re an aspiring journalist or you’re simply a big fan of the news network, then the CNN studio is one of the places that’s guaranteed to put a smile on your face. This 50-minute tour brings visitors to the places where all the magic happens. Apart from the sights and sounds, you’re also bound to walk away with loads of useful information about what goes on in the studio and in the industry in general.

Now, if you’re the type of person who gets bored with just gawking at scenes and you’re someone who’d rather be part of the scene, then one of Atlanta’s Breakout Games should be the perfect place for you to visit. These breakout games feature a wide variety of scenarios and puzzles that are not only believable, but also incredibly thrilling. Highly recommended if you’re looking for some role-playing, puzzle-solving fun.

The Skyview is probably one of the most favored spots in Atlanta by photographers and families alike. This oversized Ferris wheel has a staggering height of about 20 stories and is designed to give its riders one of the most heart-stopping (whether you’re afraid of heights or simply entranced by the view you get here) experiences in the city. And yes, all 42 gondolas are air-conditioned. A word of warning though, expect long lines and expensive general admission rates because of how popular this attraction is.

Where to stay in Hawaii as a first time visitor

10 Late-Night Diners for Students In Gainesville